New renderings have been revealed for 2900 Shattuck Avenue, a ten-story residential infill in South Berkeley. The recently-published plans come as the applicant, NX Ventures, aims to build over two thousand units across Berkeley’s downtown core. NX Ventures has seven active applications, all filed through Senate Bill 330, with a few more expected to be filed in the coming months. 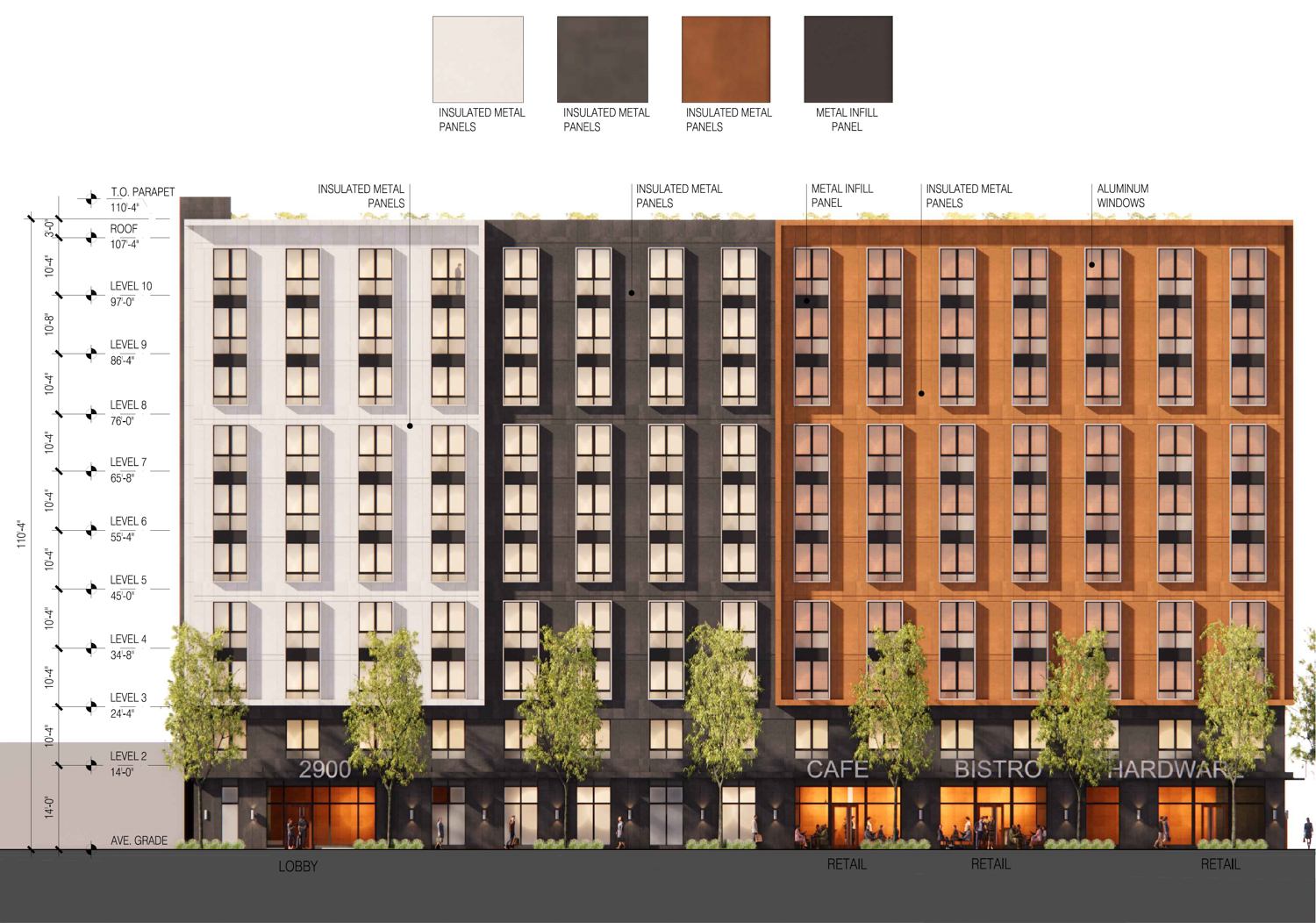 As with all other proposals in the pipeline from NX Ventures, the project architect is Trachtenberg Architects. The design is consistent with the rest of the submissions. The facade is articulated into various forms with metal panels colored with tones of white, black, and terracotta.

NX Ventures is collaborating with Trachtenberg Architects with all seven plans moving through the city’s planning department. Speaking with YIMBY last week for 2420 Shattuck Avenue, NX Ventures principal Nathan George revealed that the team’s “goal is to get to 2,000 to get in our pipeline for the next four to five years.” Right now, the seven plans filed include 1,384 units. 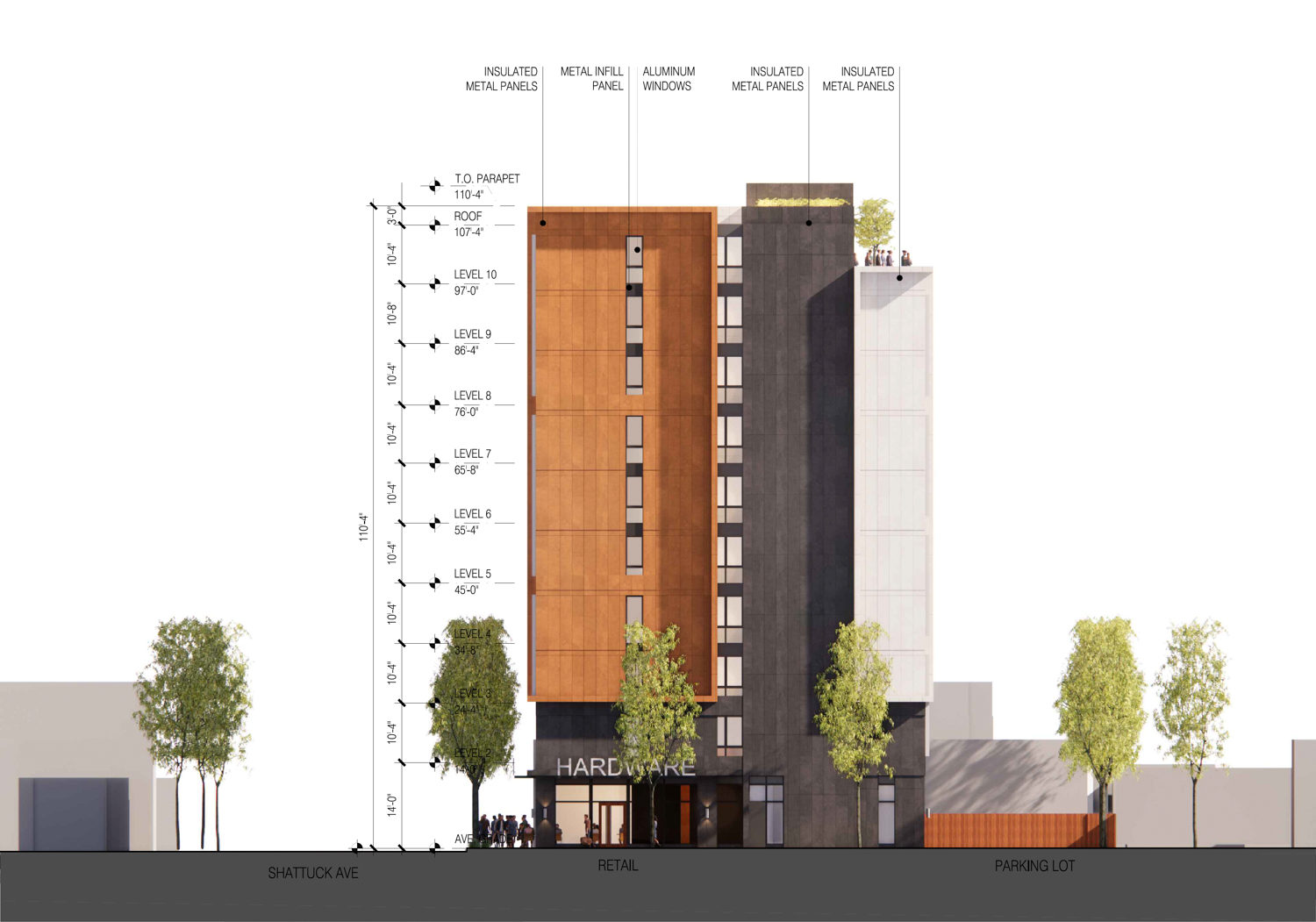 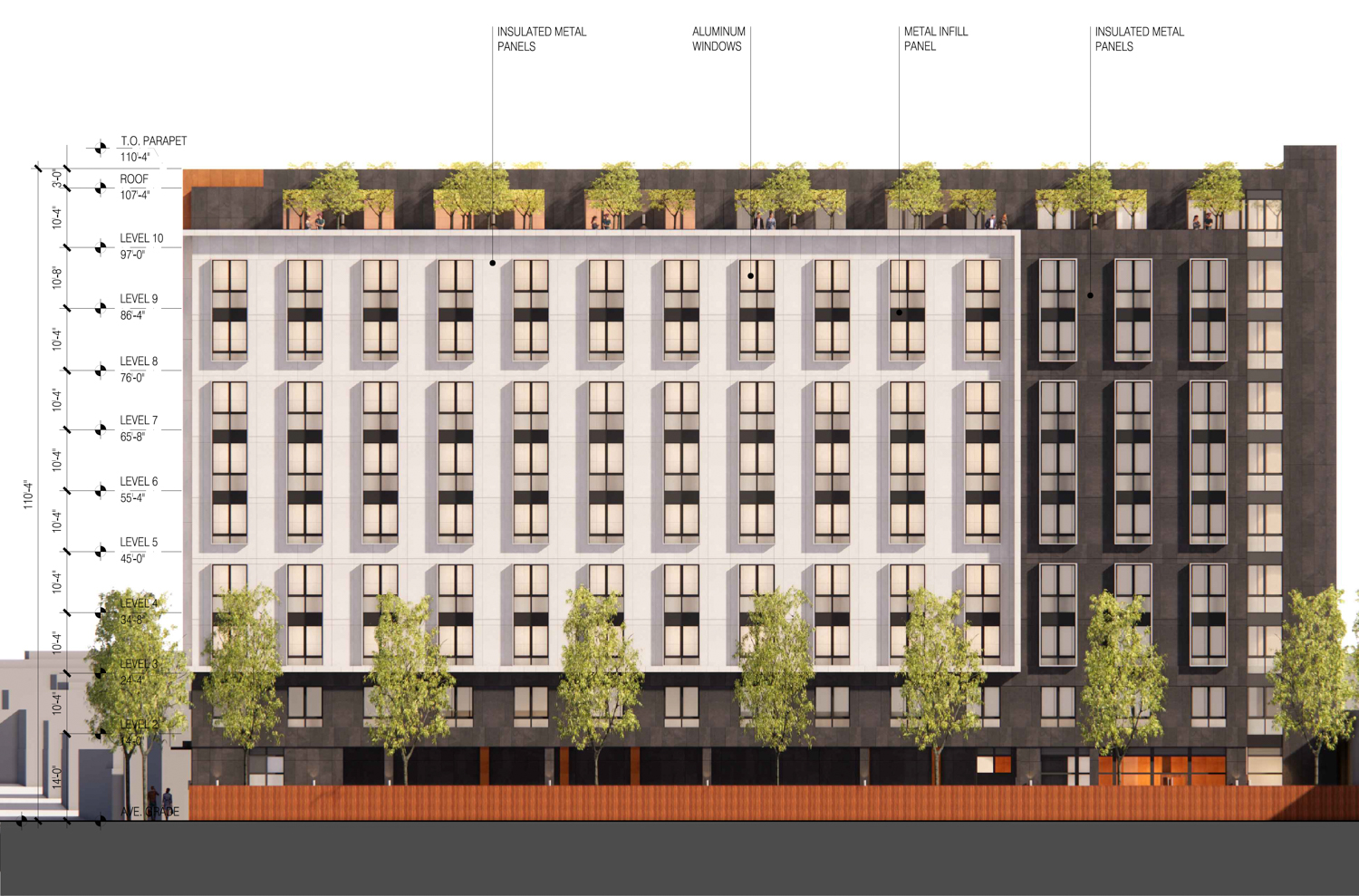 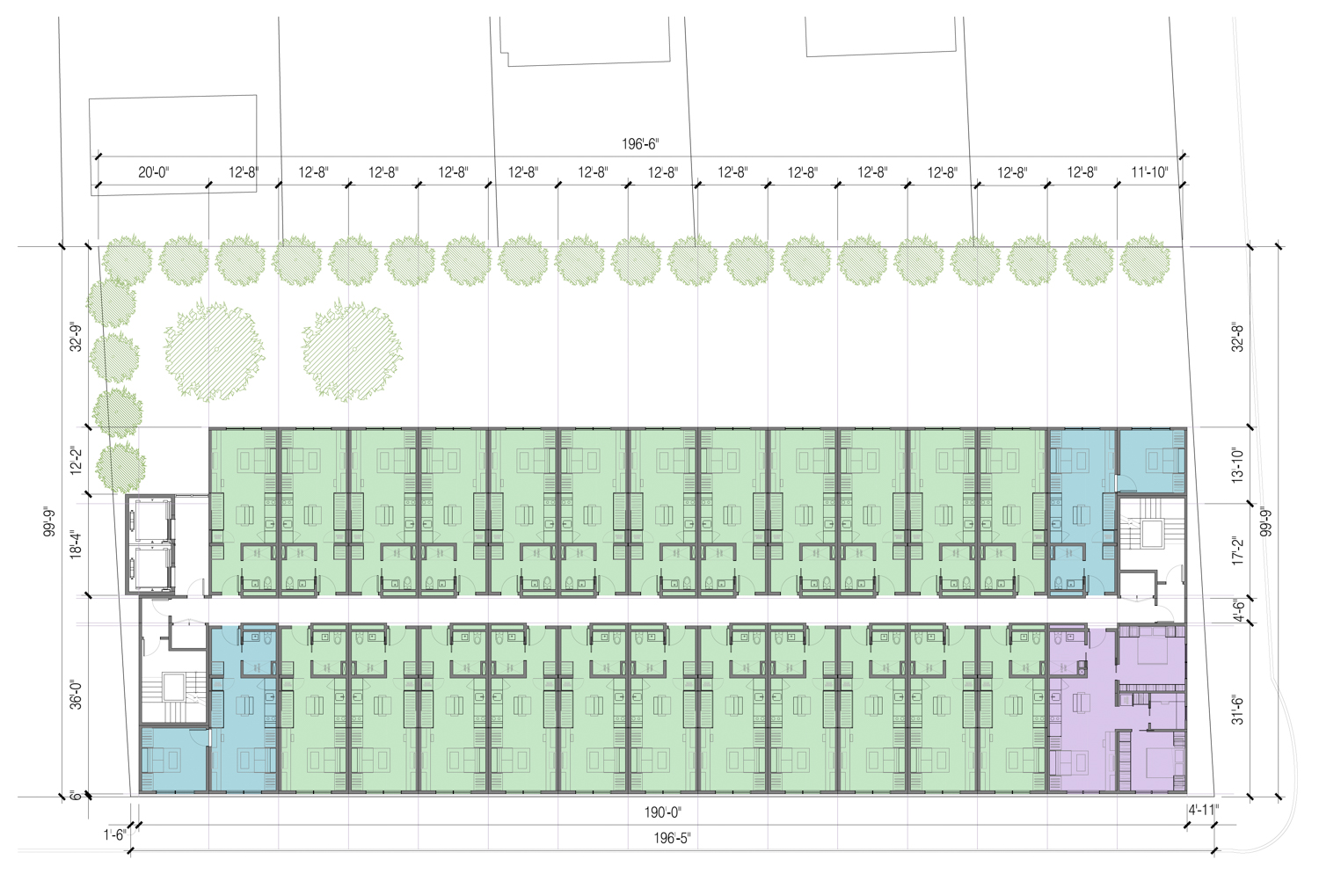 Among the seven applications by NX Ventures, 1974 Shattuck Avenue is poised to rise to the tallest height, replacing a single-story Mcdonald’s store with a 277-foot apartment complex. If built as proposed, it will also be the tallest building in the city, rivaled only by the proposed projects at 2190 Shattuck and 2128 Oxford Street. 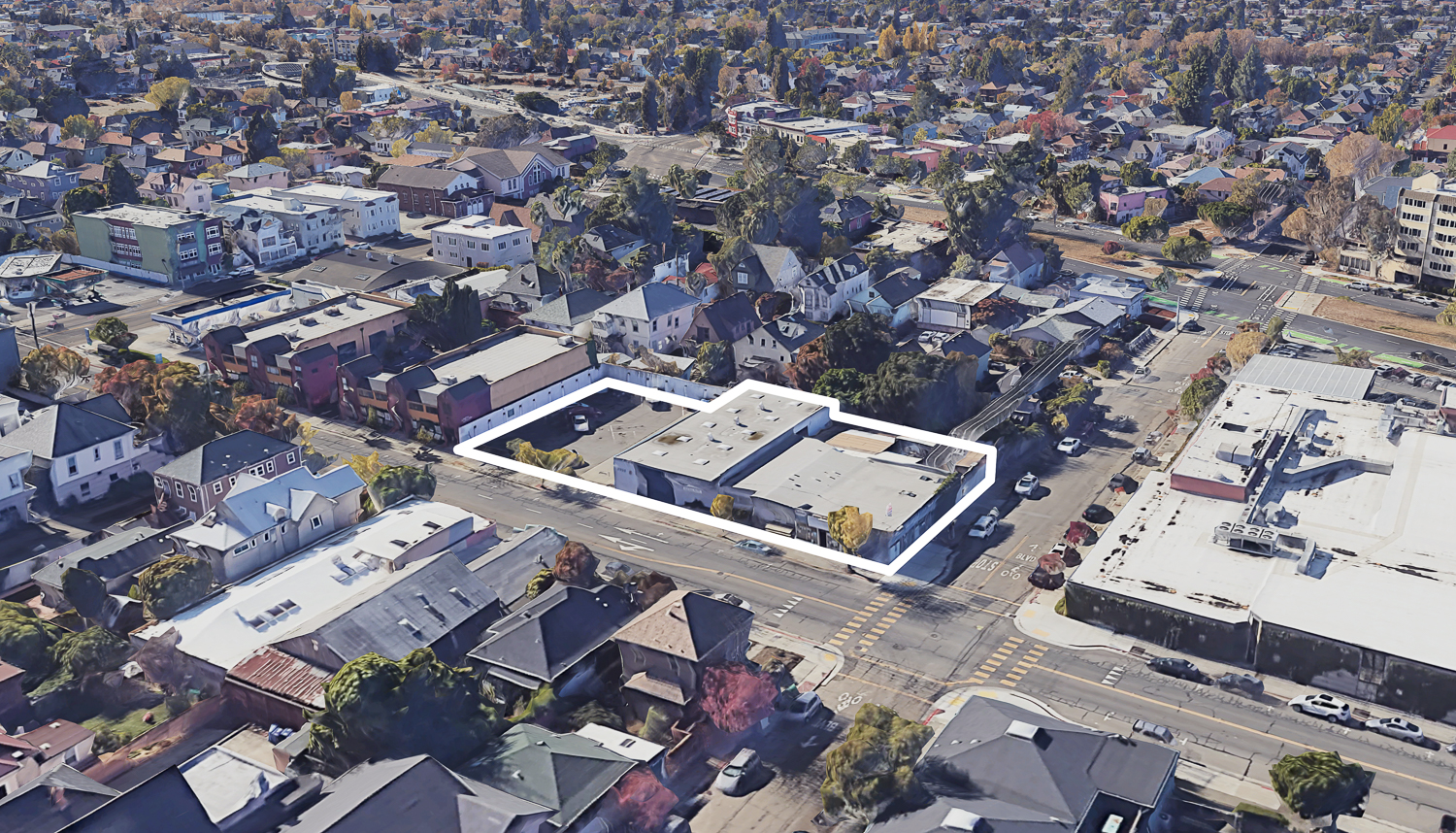 The bill, passed in October of 2019, states that it “prohibits a local agency from disapproving, or conditioning approval in a manner that renders infeasible, a housing development project for very low, low-, or moderate-income households or an emergency shelter unless the local agency makes specified written findings based on a preponderance of the evidence in the record.”

An estimated timeline for construction and completion has not yet been established. The planning agreement requires construction starts within 30 months of the building permits being issued after the CEQA review and city council approval. As mentioned above, NX Ventures expected to see most of the projects finishing within four to five years.