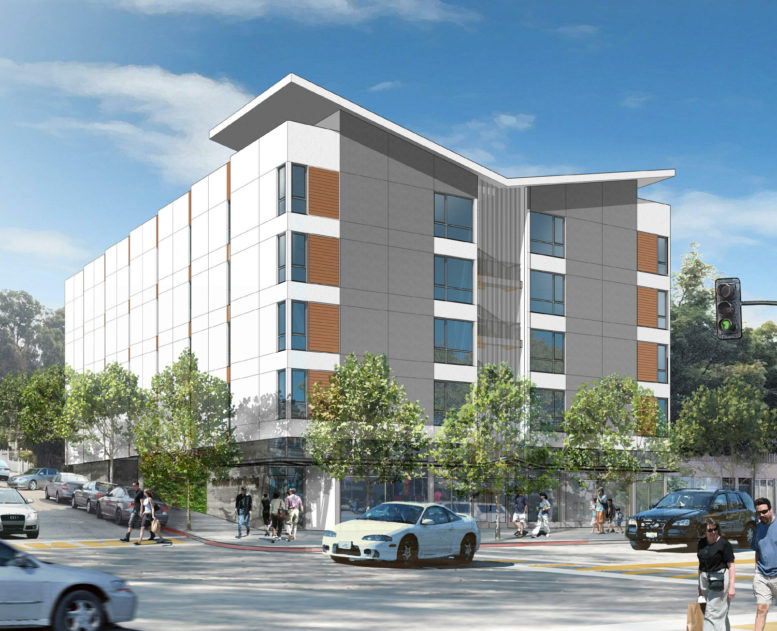 New plans have been filed for a five-story residential infill at 7954 MacArthur Boulevard in Eastmont, Oakland. The project will demolish the existing single-story commercial structure, replacing it with 40 units of affordable senior housing. Community Housing Development Corporation is responsible for the application. 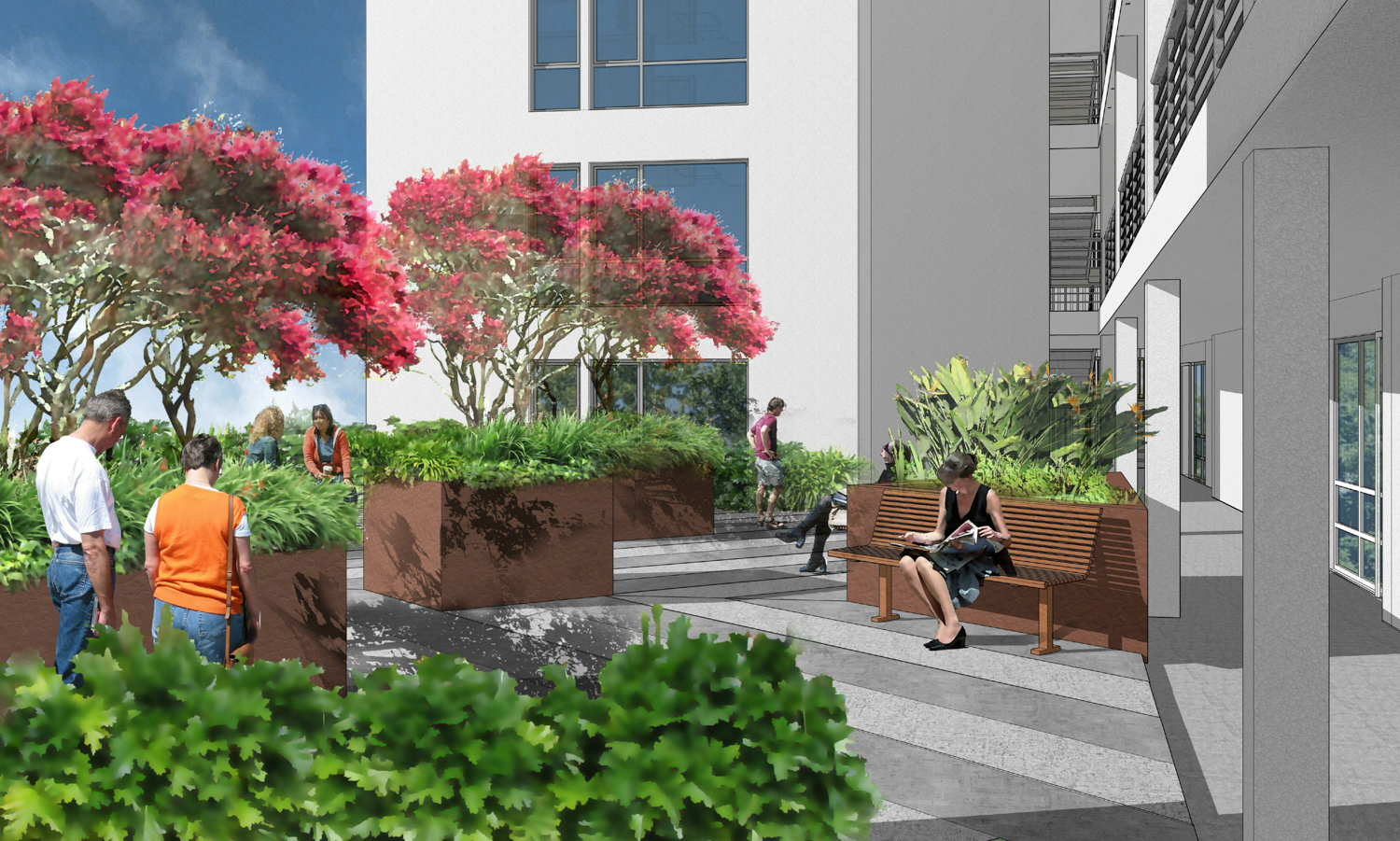 Kodama Diseno Associates is responsible for the design. Facade materials will include sand float finish stucco, nichiha cement board siding, and cast-in-place concrete. Solar panels will be incorporated onto the roof, reducing the building’s carbon footprint. 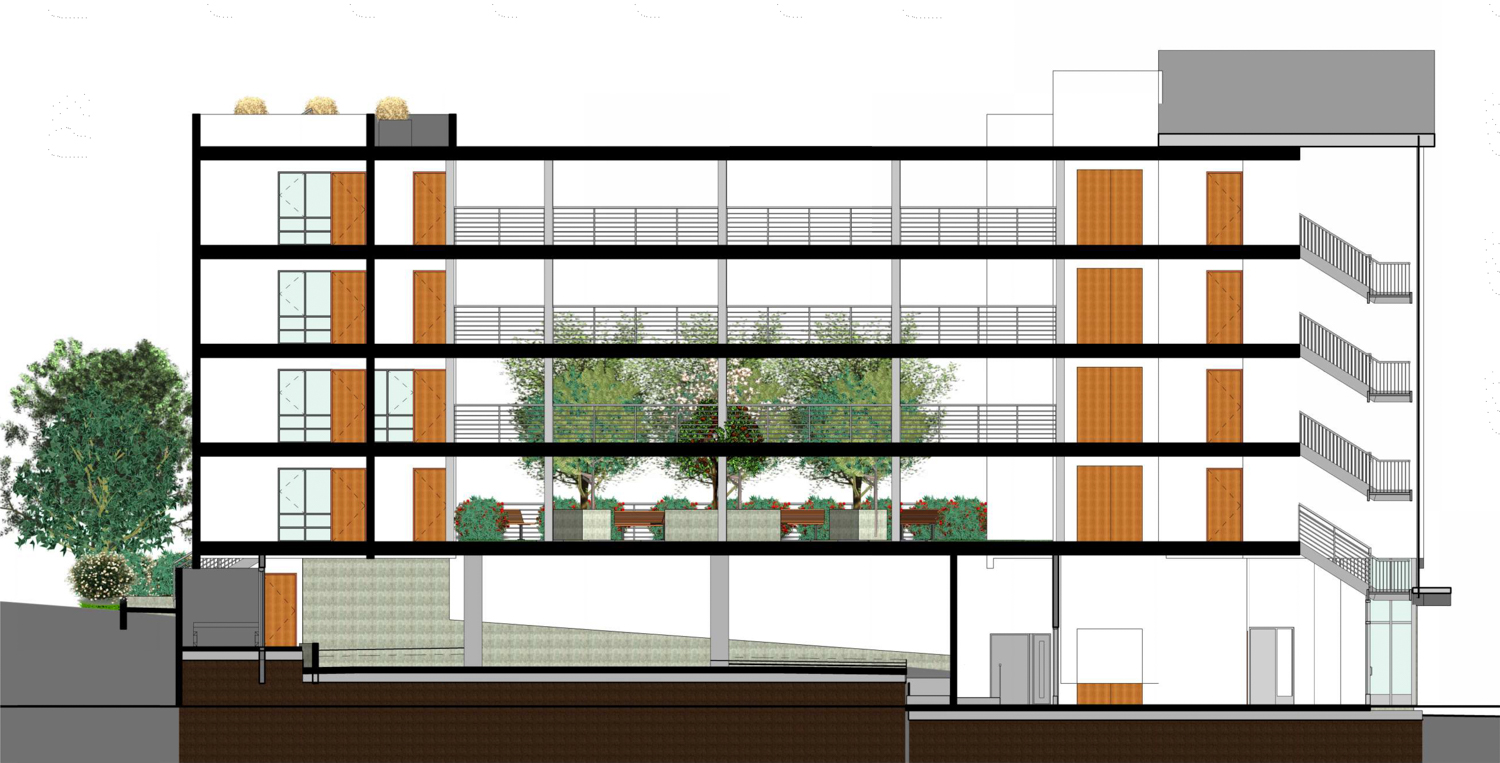 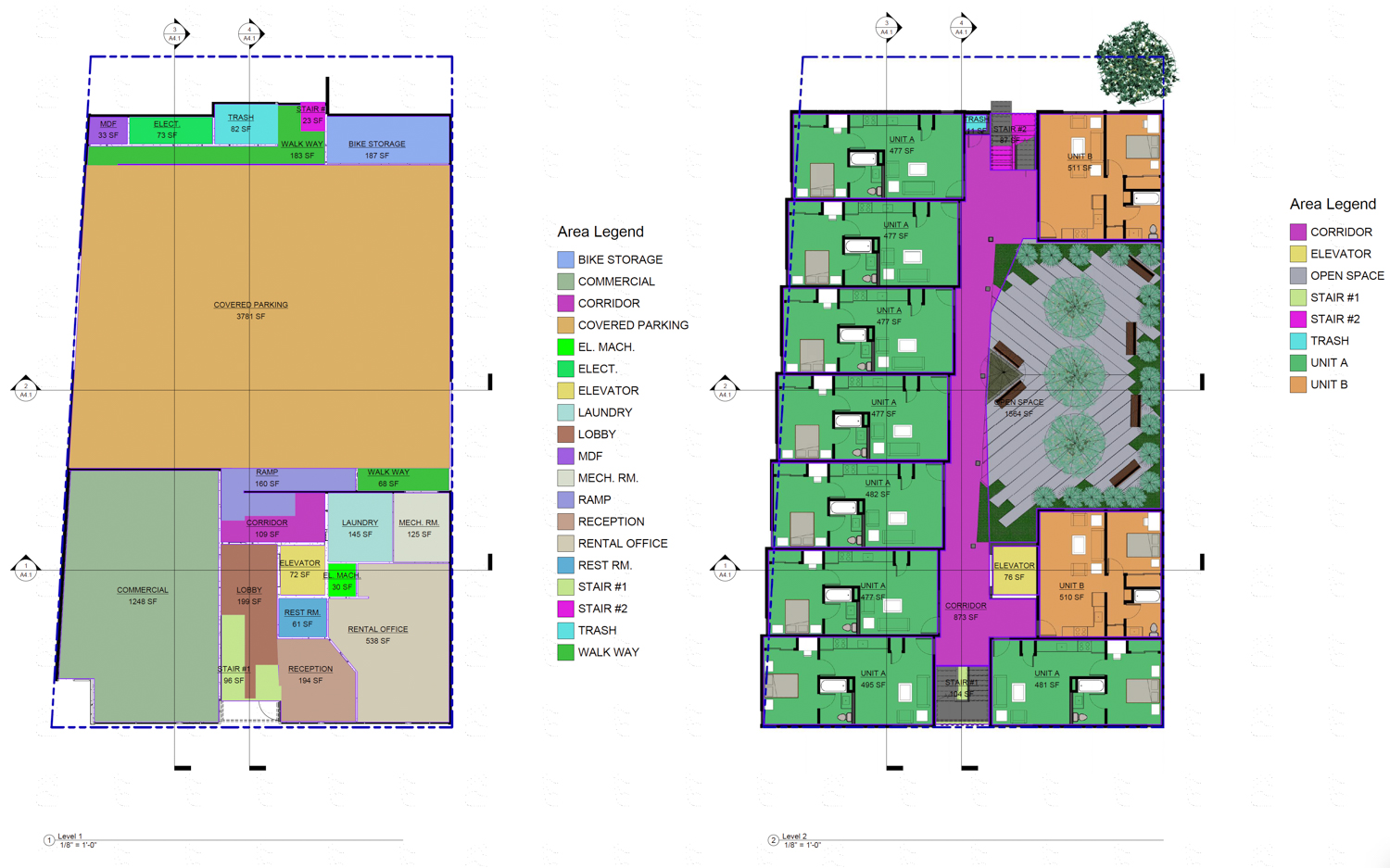 The proposal uses Senate Bill 35, which provides ministerial streamlining for affordable housing. The bill, passed in 2017, has already demonstrated its success at expediating construction for various affordable projects across the Bay Area. The plan also utilizes Assembly Bill 1763 to build five floors, one more than the site’s existing zoning allows.

All forty units will be one-bedroom apartments priced for residents aged 62 and old earning 30-50% of the Area Median Income.

Residents will find access to two open spaces. The second-floor courtyard will sit on top of the garage podium, offering seating and a lounging area surrounded by landscaping. The rooftop deck will offer commanding views of the surrounding area, while residents can work in the community garden. 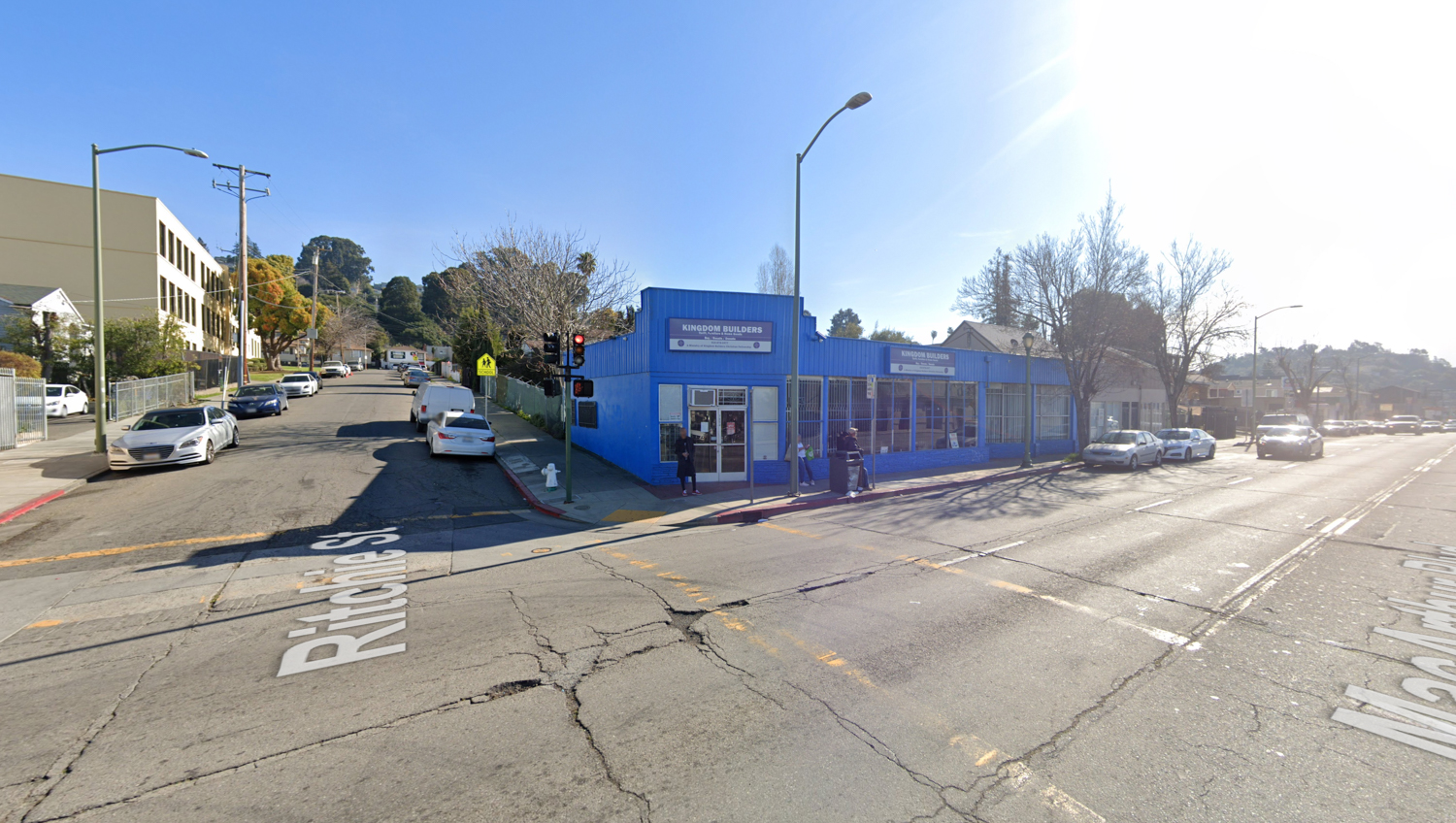 Community Housing Development Corporation applied on behalf of the Oakland-based ministry, Kingdom Builders Christian Fellowship. Kingdom Builders currently operates a thrift shop from the location. Residents will be close to various other proposals along the commercial thoroughfare and 6955 Foothill Boulevard at the Eastmont Town Center shopping mall.

The estimated construction cost and timeline have not yet been established.

Be the first to comment on "Senior Affordable Housing Proposed For 7954 MacArthur Boulevard, Oakland"