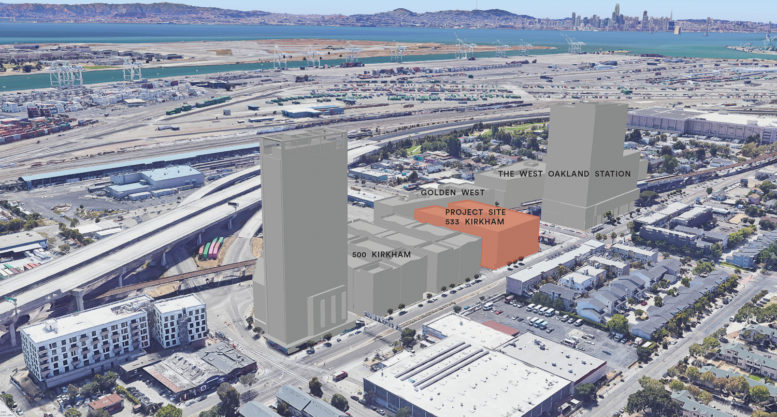 533 Kirkham Street aerial view with neighboring proposals in grey and the San Francsico skyline in the distance, rendering by Solomon Cordwell Buenz

New renderings have been revealed for the eight-story mixed-use complex at 533 Kirkham Street in West Oakland. The application is part of a cluster of proposals by separate developers set to reshape the area around the West Oakland BART Station. Solomon Cordwell Buenz is responsible for the design. 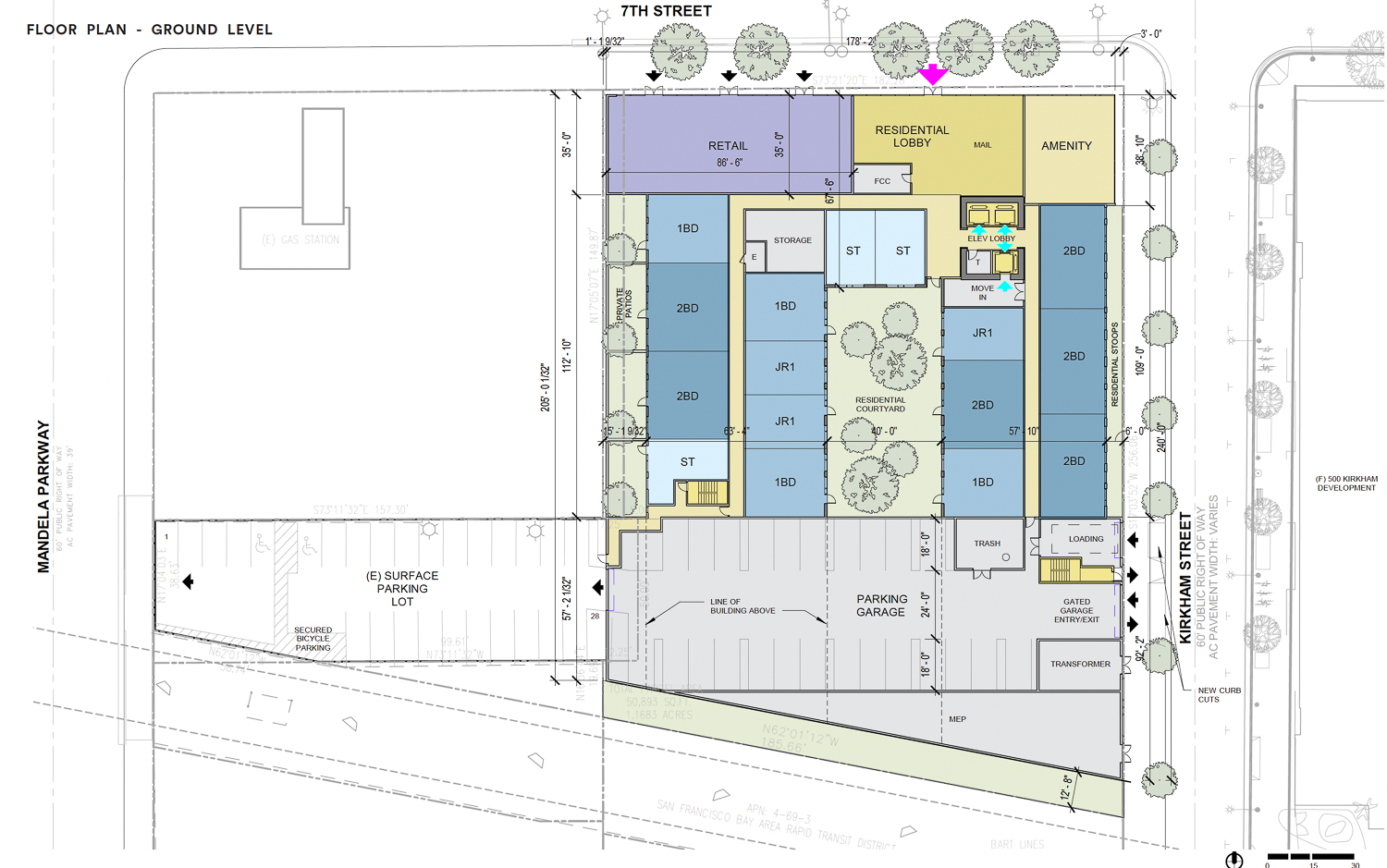 Tidewater Capital, the same firm behind yesterday’s headline development of 1431 Franklin Street, is responsible for 533 Kirkham Street as the project developer. The pre-application for 533 Kirkham was filed in early January of 2022. The zoning application was filed with the city last month. 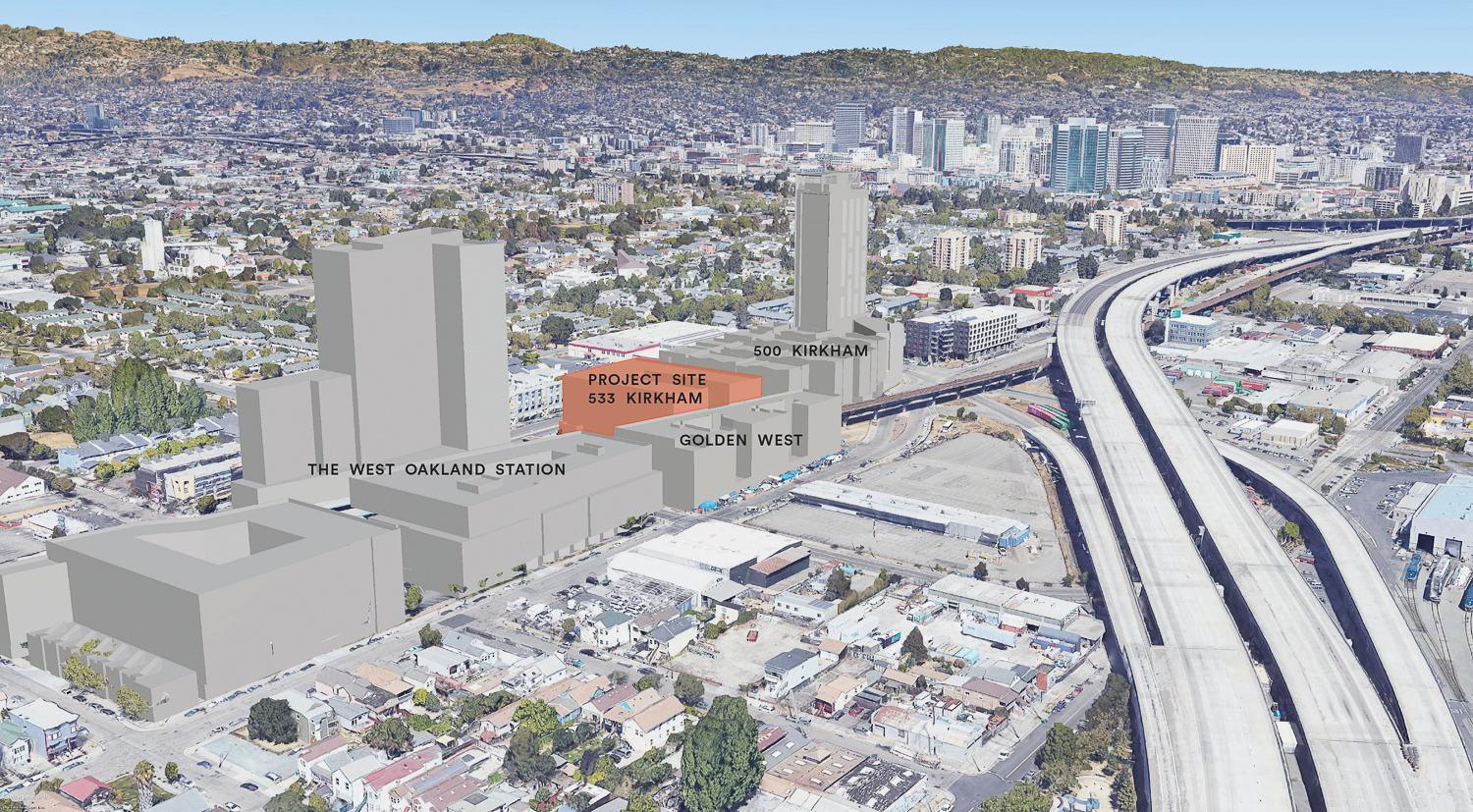 Along with the construction at 533 Kirkham Street, developers have eyed four other proposals in the area for a total potential of 2,384 units. The most high-profile project is Mandela Station @ West Oakland, replacing the surface parking closest to the BART Station with 762 apartments, offices, and three retail-lined public plazas. The BART-owned land will be developed by the joint venture of CHEC-SUDA-Hensel Phelps.

Other proposals for the area include 500 Kirkham Street, the recently-approved 1396 5th Street, and 1666 7th Street. 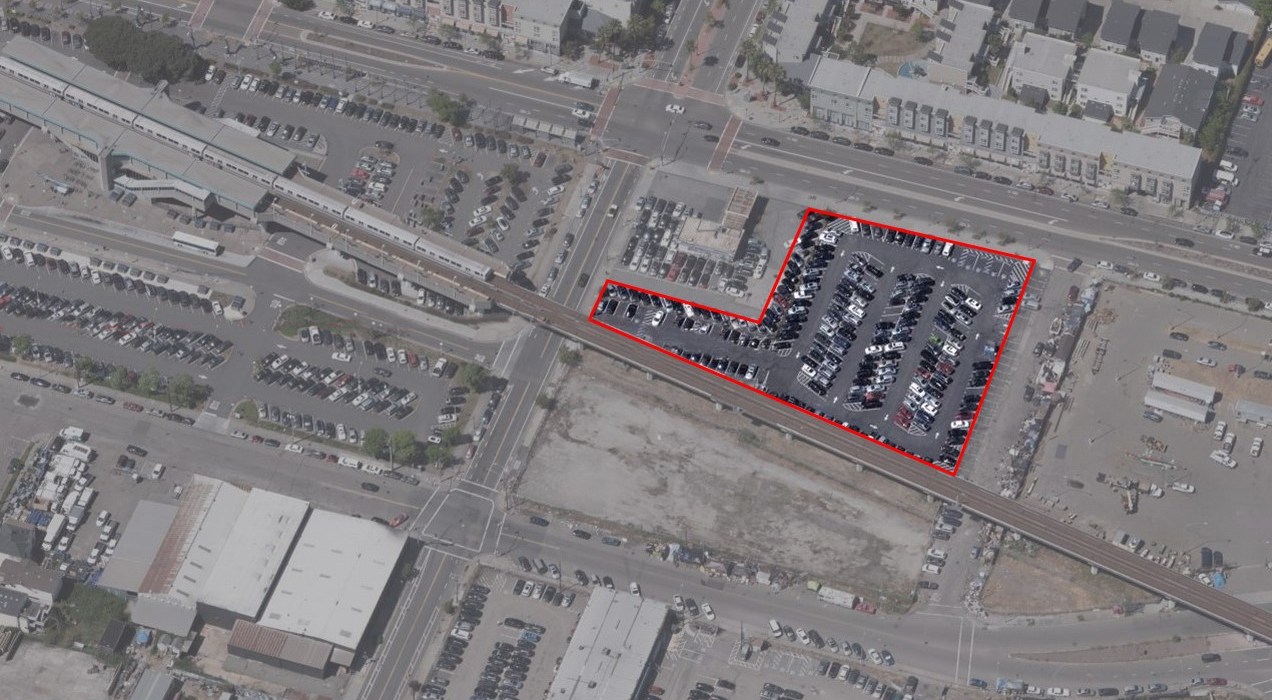 The property is currently covered with surface parking. An estimated timeline for 533 Kirkham Street has not yet been established.