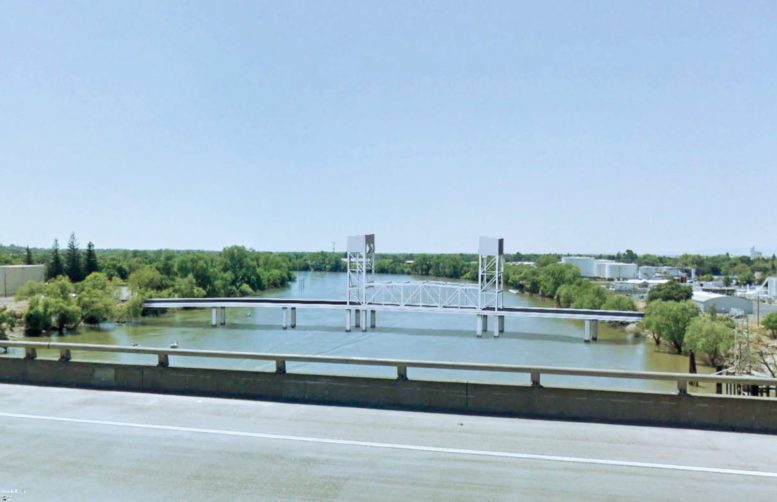 The plan for a new river crossing the Sacramento River has been approved by City Councils in Sacramento and West Sacramento. The project, dubbed the Broadway Bridge, would connect the two cities, each in separate counties. The move is a major step forward for the bridge, though the project remains a long way off from materializing, with completion expected between 2030 and 2035. 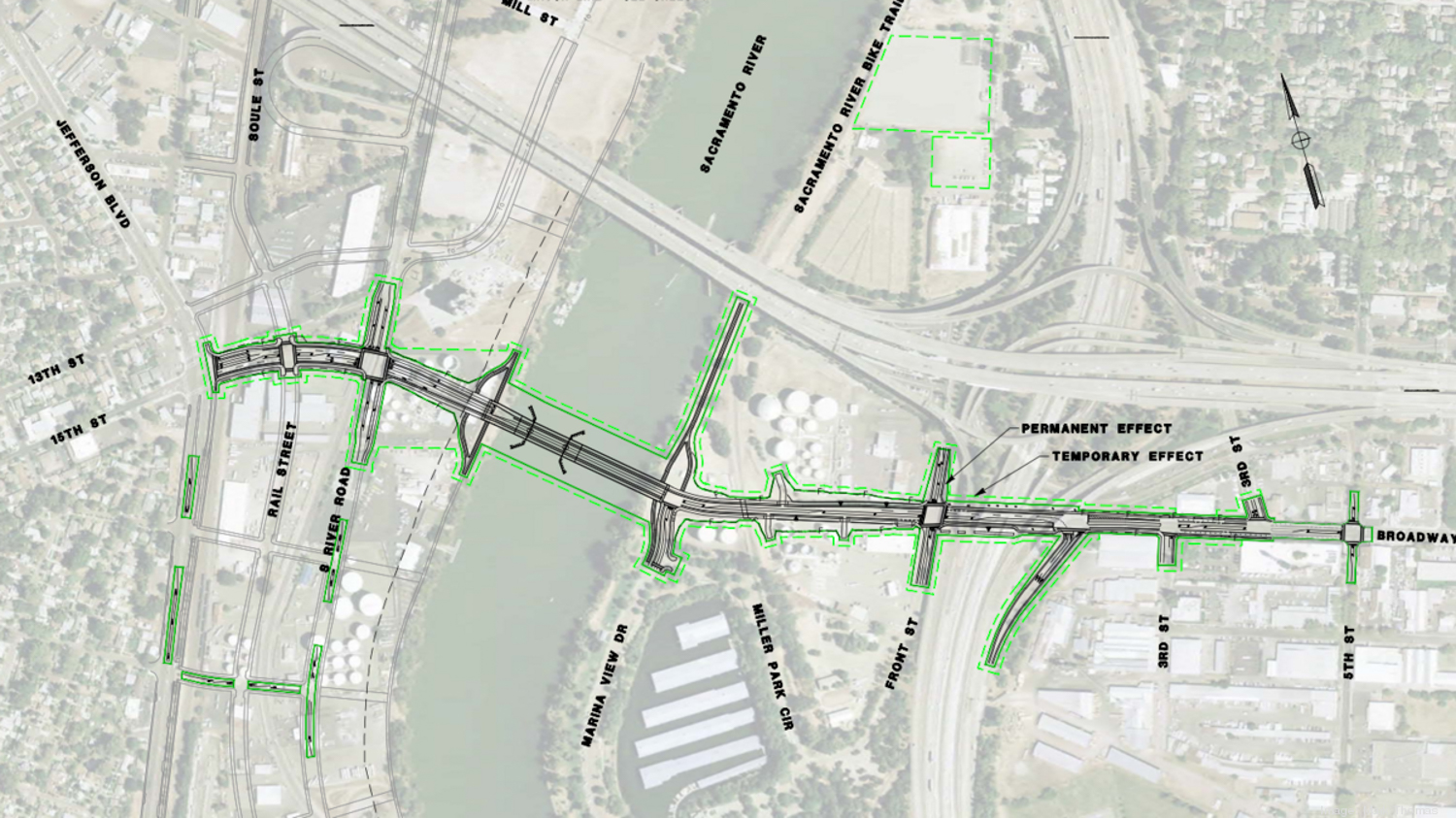 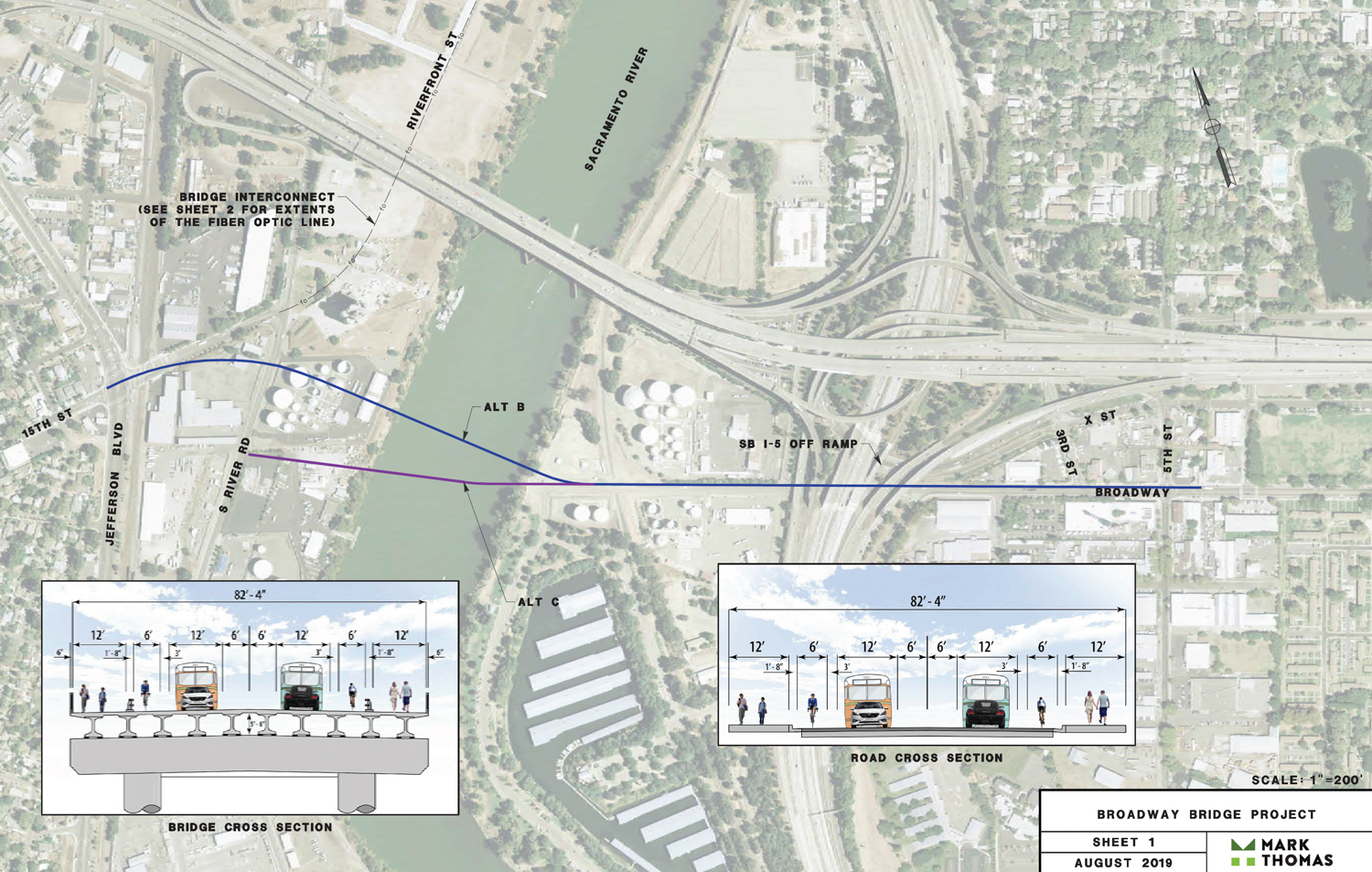 Both cities have given approval for the project, certifying the Environmental Impact Report as satisfying the CEQA requirements. Rising just south of the less-decorative US 50 Pioneer Bridge, the new structure will facilitate transit for cars, bicycles, and pedestrians. A movable section will also allow for boat passages.

The bridge will connect the 15th Street South River Road in West Sacramento to the Broadway corridor in Sacramento’s Upper Land Park neighborhood. By the Sacramento outlet, construction is underway for the Mill at Broadway project with 800 units in the master plan, many of which are complete.

A bridge architect has not yet been selected. Renderings show a design similar to the iconic Tower Bridge, though the final design is likely to be different, including the style for the movable span. Different movable bridge types include the vertical lift span, swing span, and bascule span.

The plans will include a landscaping plan to be designed by a landscape architecture firm. 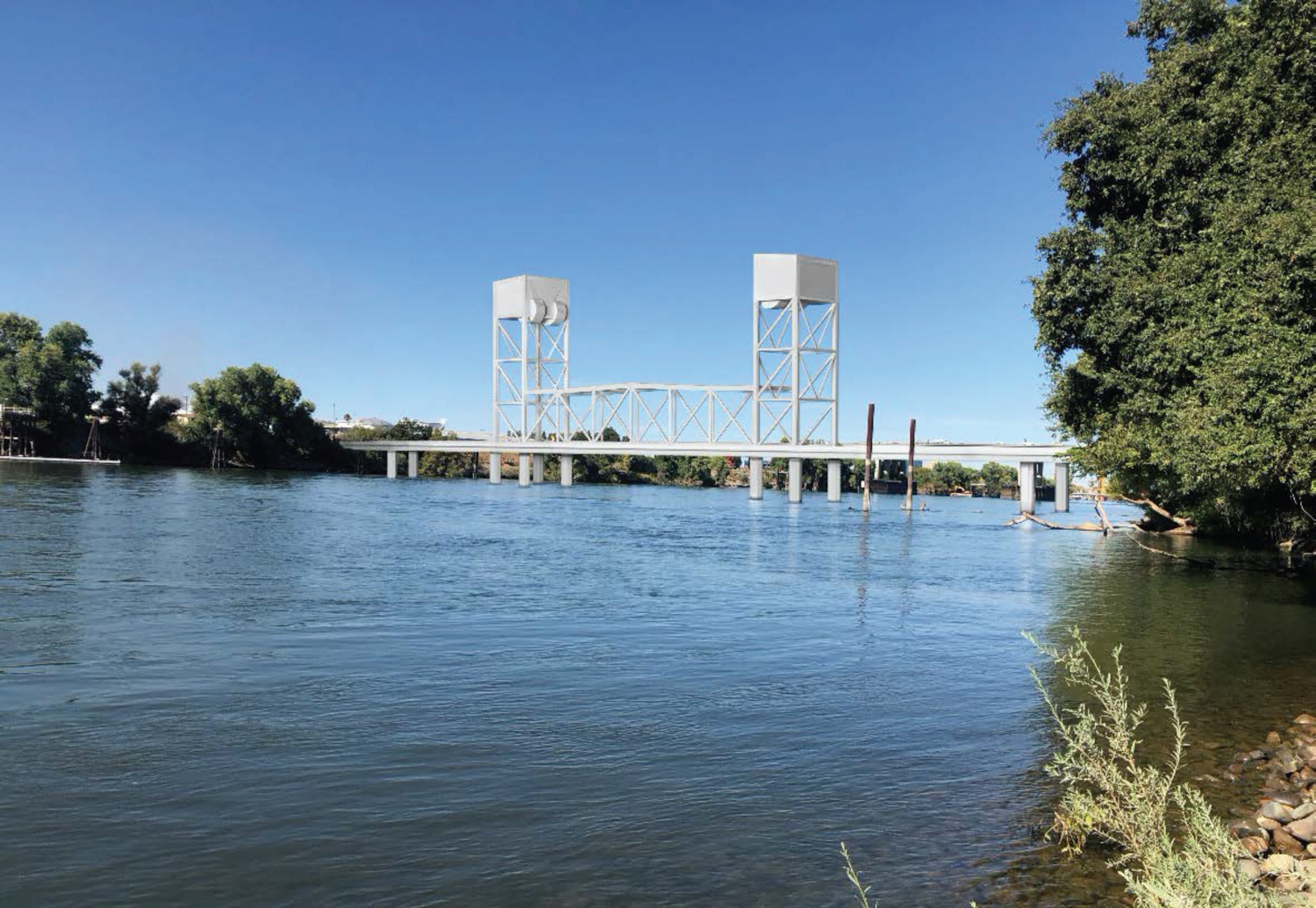 The two fixed-span bridge will span between 800 to 1,020 feet long and be up to 83 feet wide. The movable section will be around 170 to 230 feet long. There will be two vehicle lanes, median and on-street buffered bike lanes, and sidewalks on both sides of the bridge. The soffit elevation will be at least 3 feet above the 200-year water surface elevation to comply with the Central Valley Flood Protection Board requirements.

The multi-agency project is being jointly worked on by the two cities and the California Department of Transportation, or Caltrans. The project remains in the preliminary design stage. Agencies expect to start right-of-way acquisitions in 2025, with construction starting soon after. Work is expected to last 36 months with two seasons of in-water work. Completion is expected between 2030 and 2035.