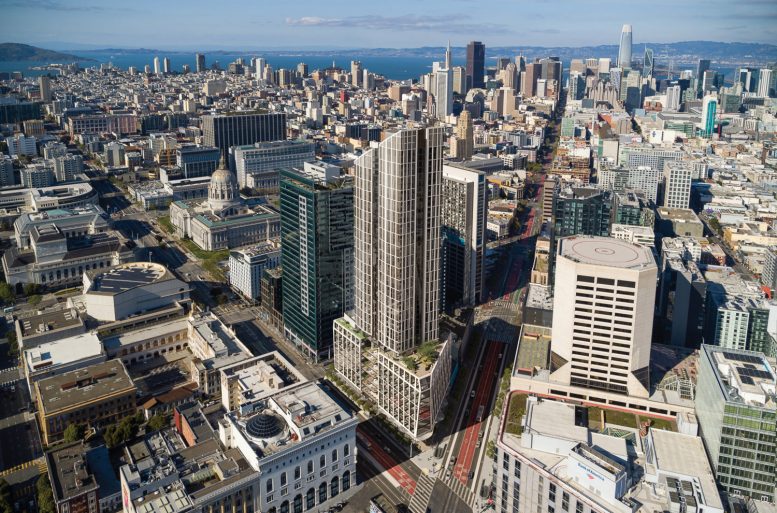 With site work already underway, Lendlease and city leaders have celebrated the official groundbreaking ceremony of 30 Van Ness Avenue in San Francisco’s Civic Center. The 47-story project, now titled Hayes Point, is set to open by 2025, with 333 homes above offices and retail.

Valued at over a billion dollars, Hayes Point is the largest investment made by the Australia-based developer in the Americas. Lendlease credits its centralized vertical integration with allowing the plan to move ahead while so many others remain stalled. The firm is responsible for financing, development, and construction.

Speaking at the groundbreaking ceremony, San Francisco Mayor London Breed told the audience, “this is exactly the type of project we need to be doing in San Francisco,” praising the integration of housing, retail, and offices. The Mayor also pointed out how the plan integrates arts, community event space, and a public plaza close to public transit.

Solomon Cordwell Buenz is the project architect. The 540-foot tall design communicates the project’s multipurpose function by delineating the 130-foot office-filled podium from the apartment tower. The pinched corner overlooking Van Ness and Market Street creates a striking visual focal point for pedestrians, while the sloped rooftop will contribute to the growing high-rise cluster at The Hub.

The firm, responsible for many of the region’s prominent proposed towers, has integrated the building with an all-electric system to achieve net zero emissions with an aim to achieve LEED Platinum certification.

The apartments will be included above the offices, from floors 11 through 46. Unit sizes will vary from studios to three bedrooms, with over half as two or three bedrooms. A quarter of the 333 units will be secured as permanently affordable housing. 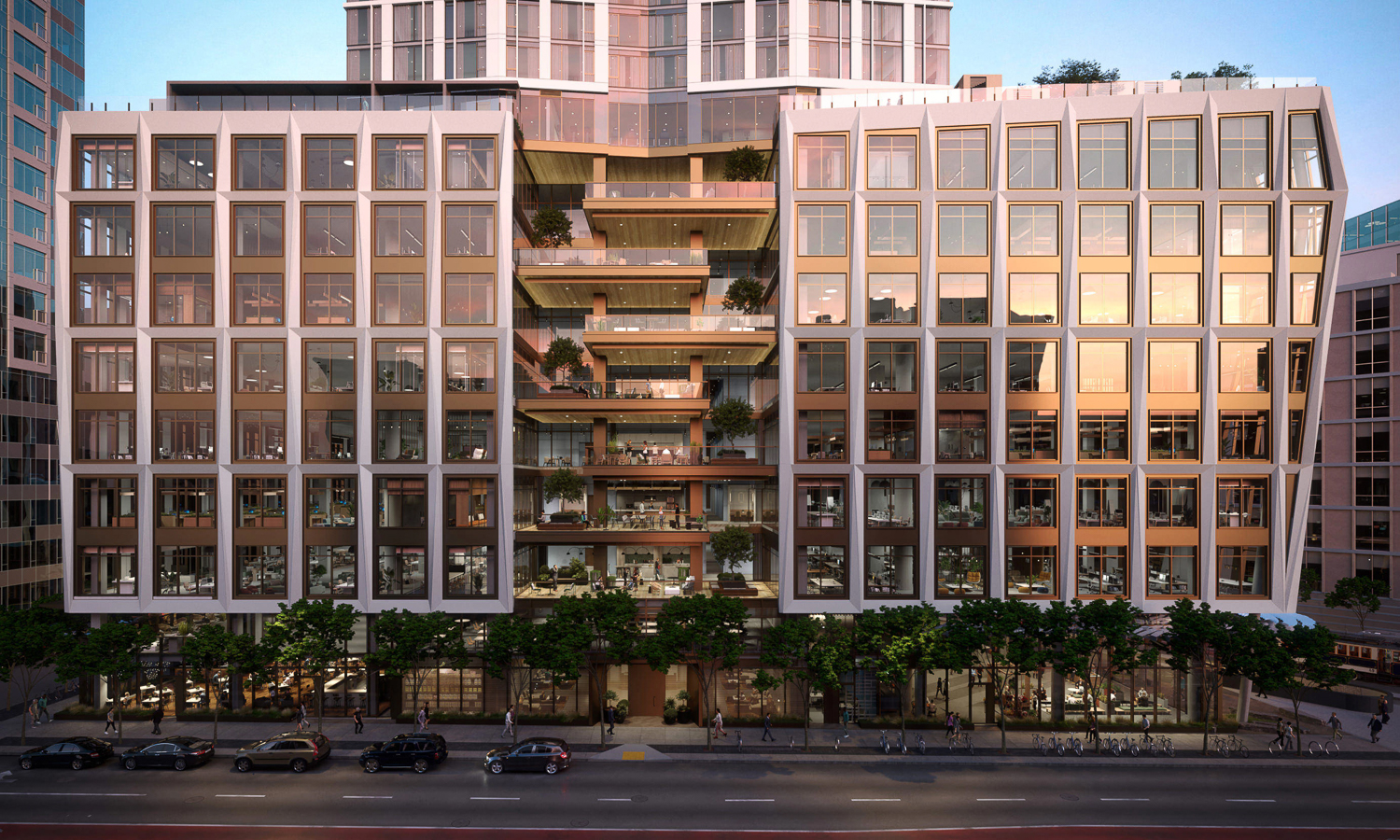 The offices will be contained in the ten-story podium, with employees entering the separate lobby addressed as 1450 Market Street. Each butterfly-shaped floor plate will include 14.5-foot ceilings and open terraces overlooking Van Ness Avenues. There will be a total of 234,000 square feet of office space. 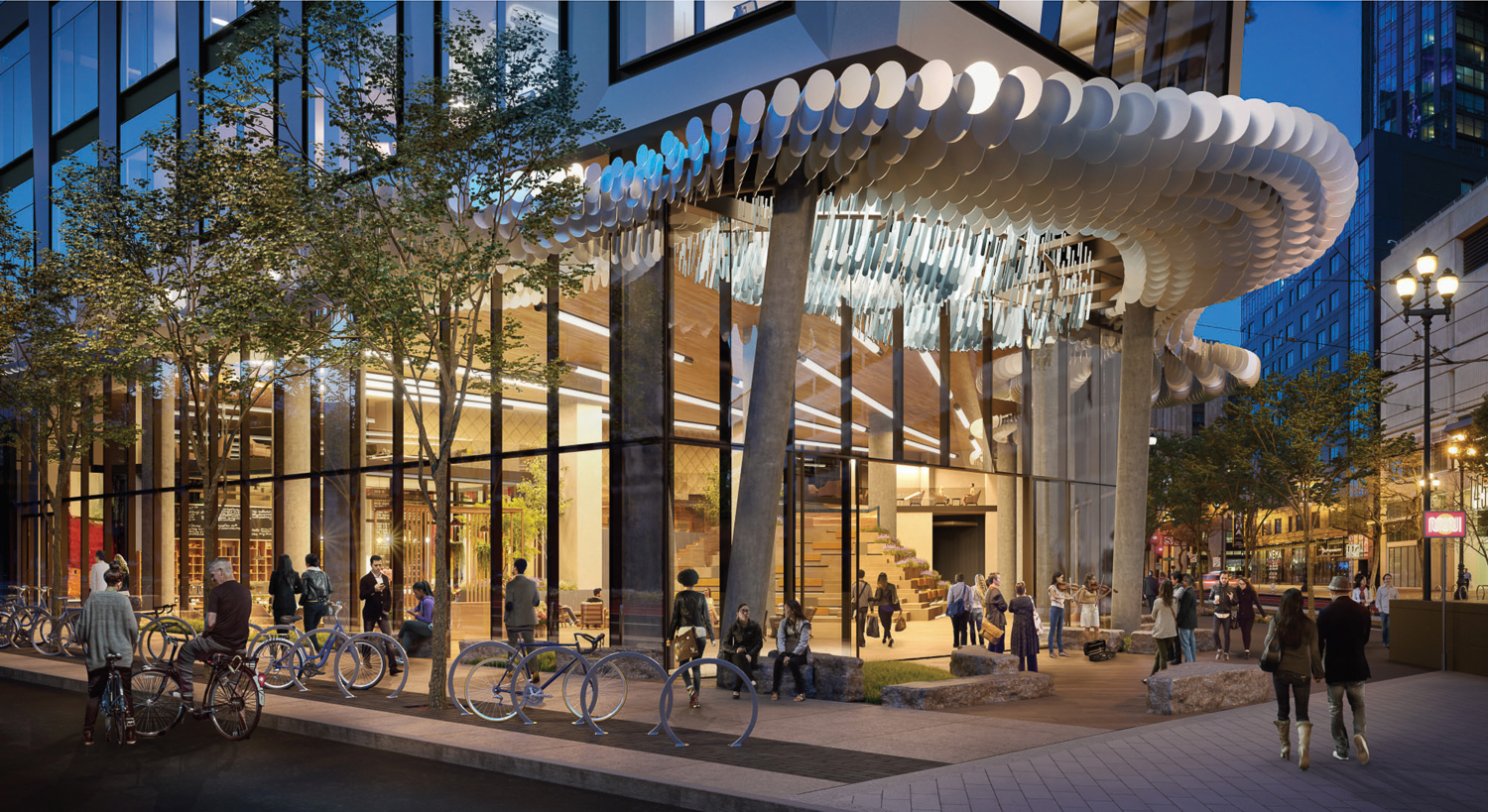 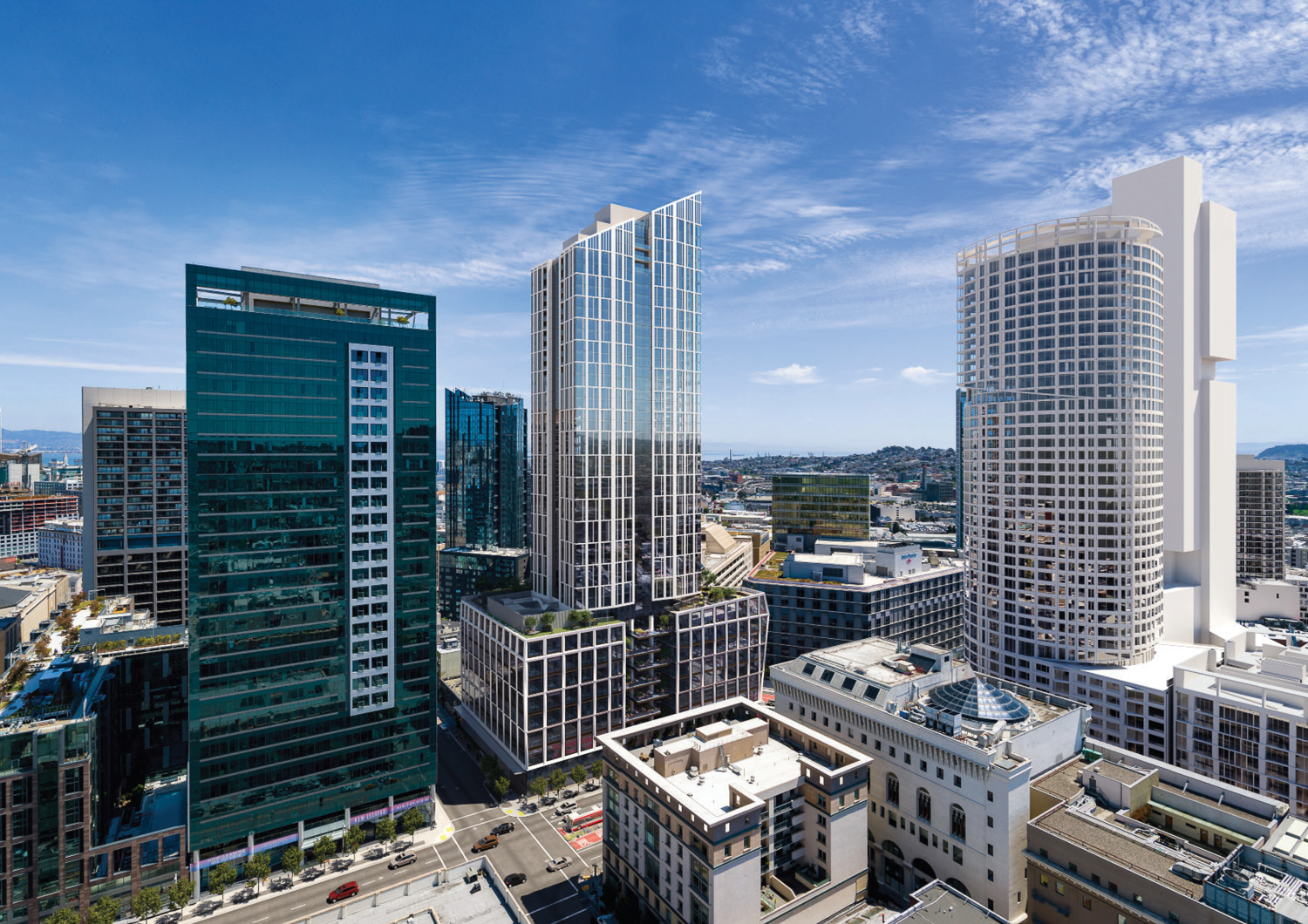 30 Van Ness Avenue overall building aerial view, with One Oak and a massing of 10 South Van Ness at the left of the image, design by Solomon Cordwell Buenz

Lendlease purchased the property from the city in 2017 for $70 million. Arden Hearing, Executive General Manager of West Coast Development for Lendlease Americas, said of Hayes Point that it “reflects Lendlease’s commitment to creating “next generation” workplaces in key locations within world-class cities.”

Hearing continued to share that “after years of hard work by many people across our investment, development and construction teams, and deep collaboration with the City and community groups, we are proud to announce this important benchmark for our company, and for San Francisco.”

Along with 30 Van Ness, Lendlease has been active with Google in Silicon Valley. The firm is working with the tech giant to develop Downtown West and McEvoy-Dupont Affordable Housing in San Jose, and Middlefield Park and North Bayshore in Mountain View.

Future residents and employees will find close access to BART, the Historic Streetcar line, the Van Ness Muni Metro Station, and the Bus Rapid Transit line along Van Ness. The project is expected to open by 2025, with around 3,000 union jobs projected to construct the tower.