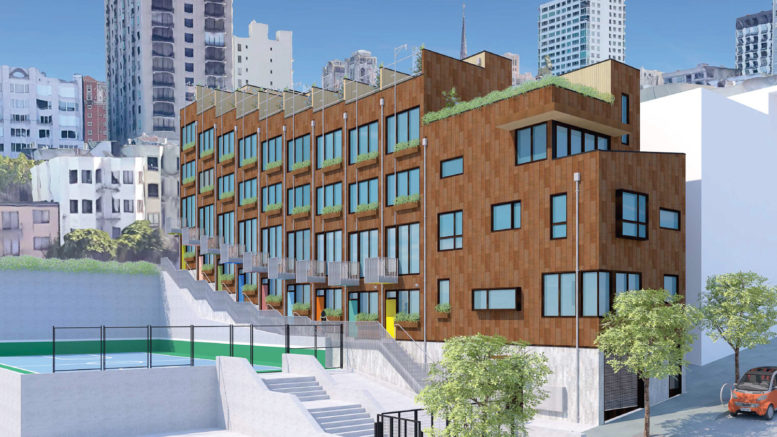 1151 Washington Street view from across the street, rendering by Macy Architecture

New renderings have been published alongside the preliminary project assessment for 1151 Washington Street, the sloped Amsterdam-inspired townhome infill proposed for a narrow Nob Hill property. If built, the project will add ten affordable-by-design homes to the affluent neighborhood. The application was filed by the San Francisco-based Macy Architecture. 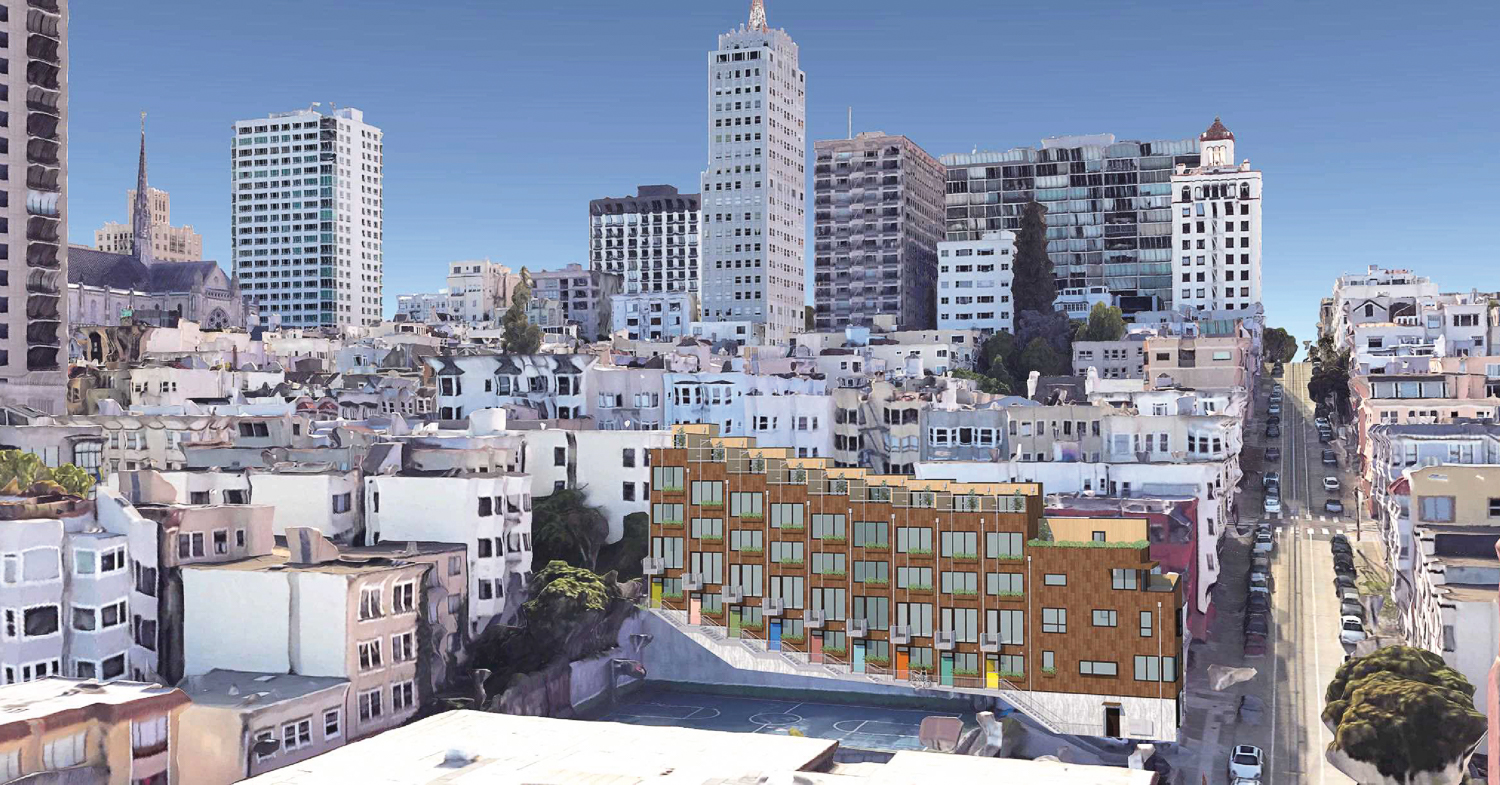 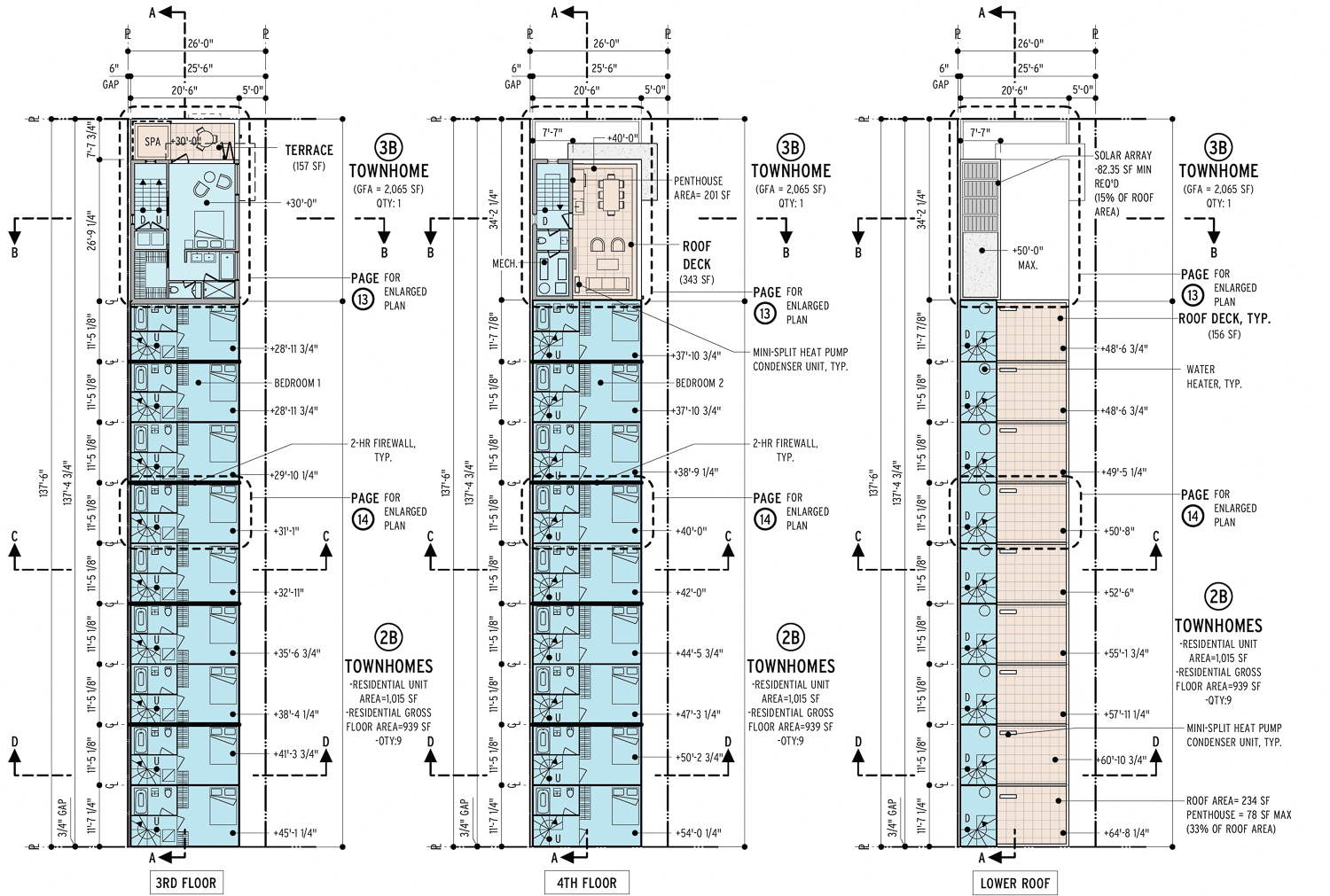 The 40-foot tall structure will yield around 12,312 square feet, with unit sizes averaging around one thousand square feet. There will be nine two-bedroom units and one three-bedroom unit facing the street. The current iteration includes parking for one car and one bicycle. However, the project team expects residents may keep bicycles in their spacious units if desired. 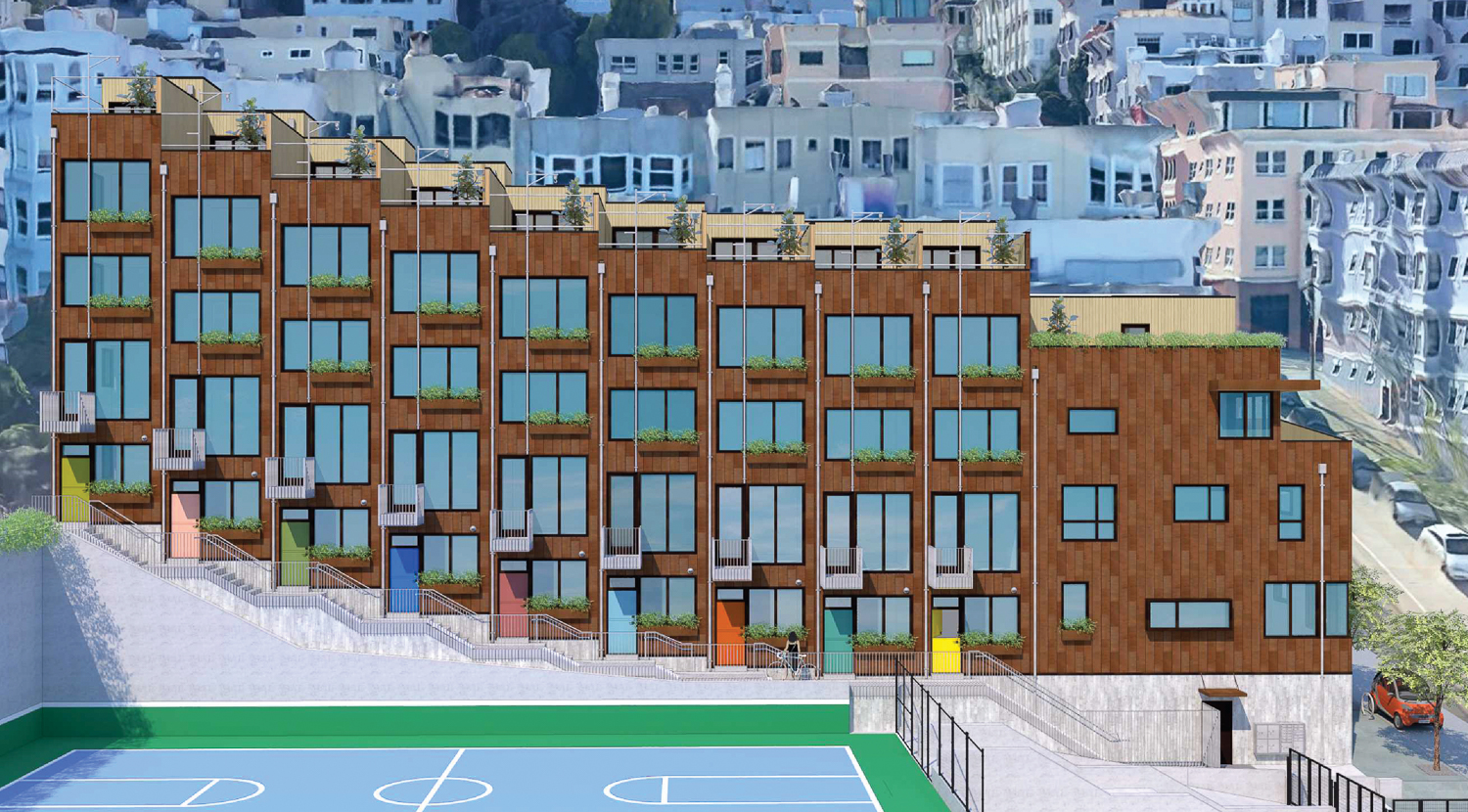 Macy Architecture is responsible for the design. The facade is clad with weathering steel, a robust, low-maintenance material. The project is a single building made to look like ten distinct townhomes. The structure will feature a series of setbacks to conform with the 18% graded slope.

Each unit’s Dutch-style door will be a unique color to help residents and guests with wayfinding. Once at their unit, the exteriors are equipped with a hoist system for moving furniture and other bulky items, a method inspired by Amsterdam canal houses. Inside, the nine two-bedroom units residences have a spiral staircase for circulation. 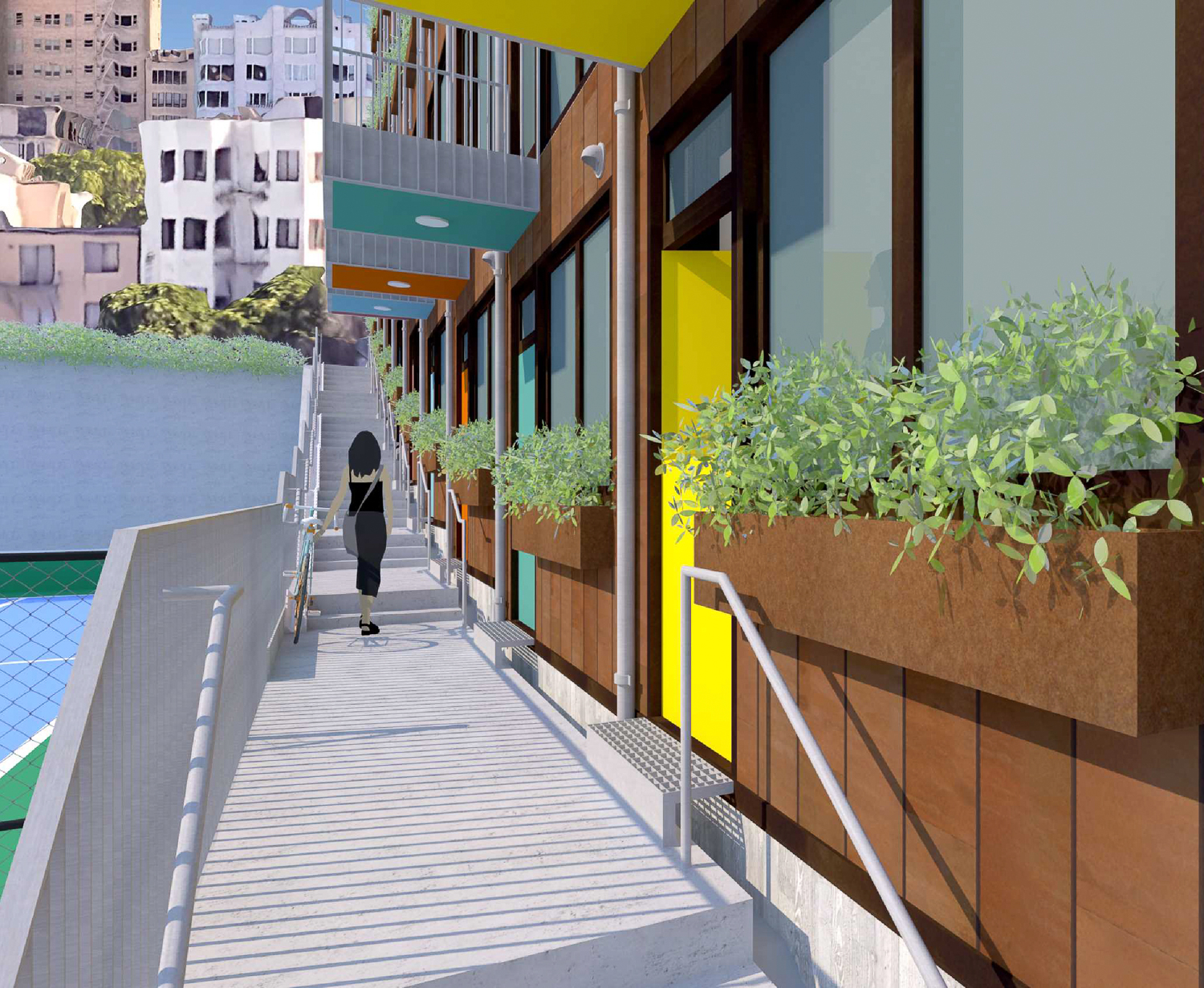 One of the ten townhomes will be designated as affordable to prospective households earning around 120% of the Area Median Income. By including the moderately affordable unit, the developer can benefit from the State Density Bonus program, which includes waivers and concessions to increase the residential capacity by one unit. The team is designing the project to be ‘affordable by design’ through efficient architecture, material choices, and density.

The waivers applied for are regarding the front and rear yard, unit exposure, bicycle parking, area limitations on rooftop penthouses, interim zoning controls in the RM Zoning district, bulk limits, and shadow restrictions. 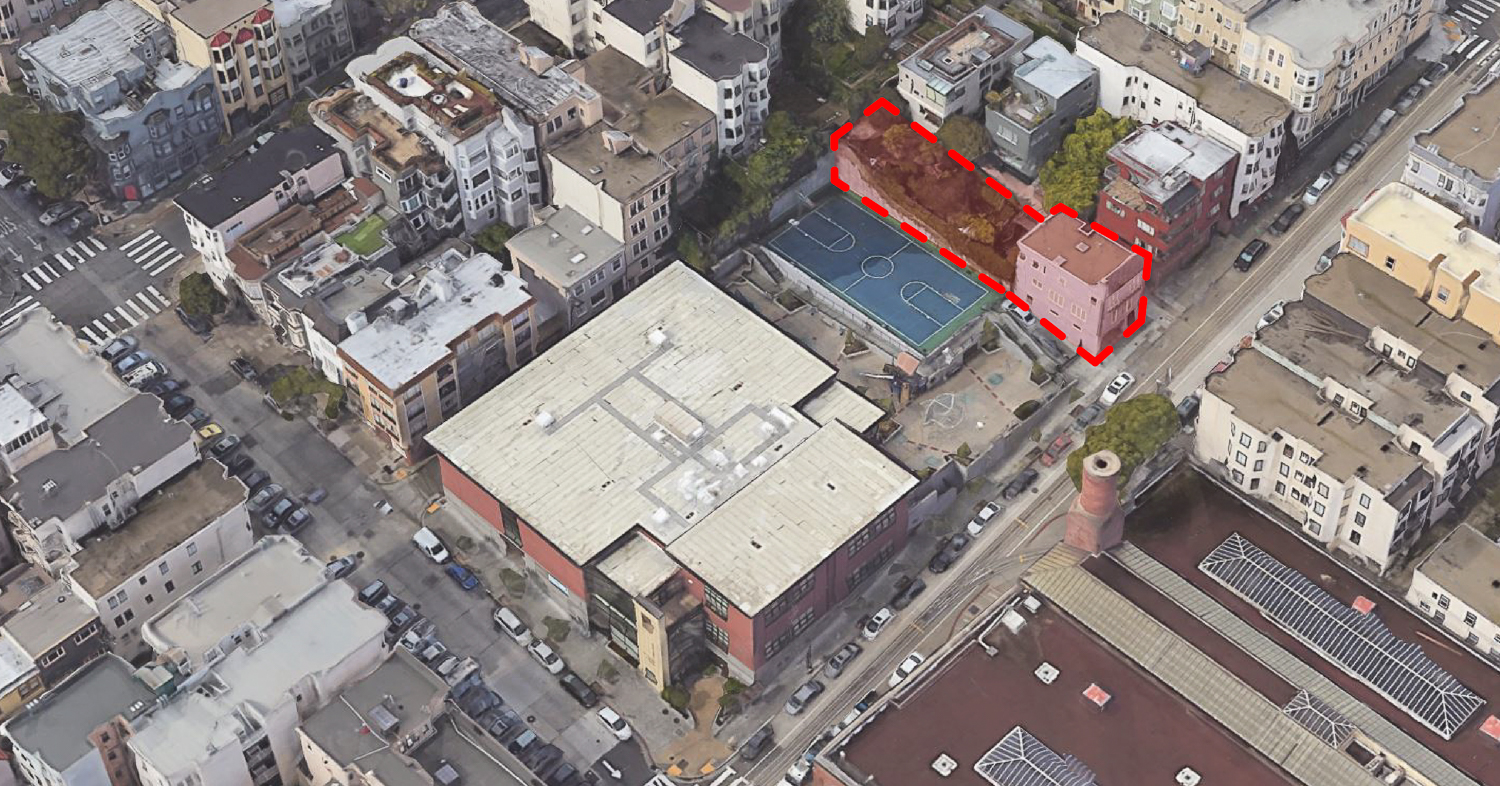 Construction is expected to last 15 months from groundbreaking to completion. Two individuals are listed as the property owners. City records show the property last sold in 2012 for $1.85 million.