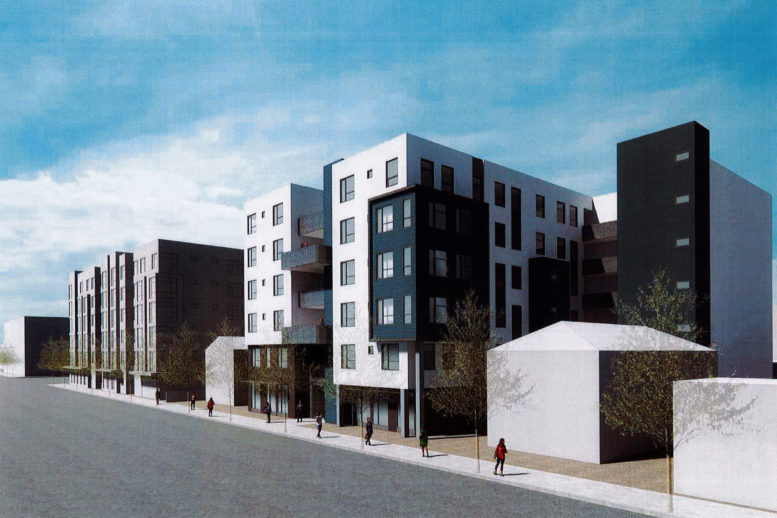 The pre-application has been filed for a six-story residential project for 2127 Dwight Way in Downtown Berkeley, Alameda County. The plan combines four parcels, incorporating eight existing units into the final design. Riaz Capital is the project developer.

The 67-foot tall structure will yield around 70,230 square feet, with 59,160 square feet for housing and 2,020 square feet for amenities. The apartment building will create 58 new units, ranging in size from two bedrooms to six bedrooms. Parking will be included for 103 bicycles and no vehicles, a decision that improves traffic conditions and public transit use. 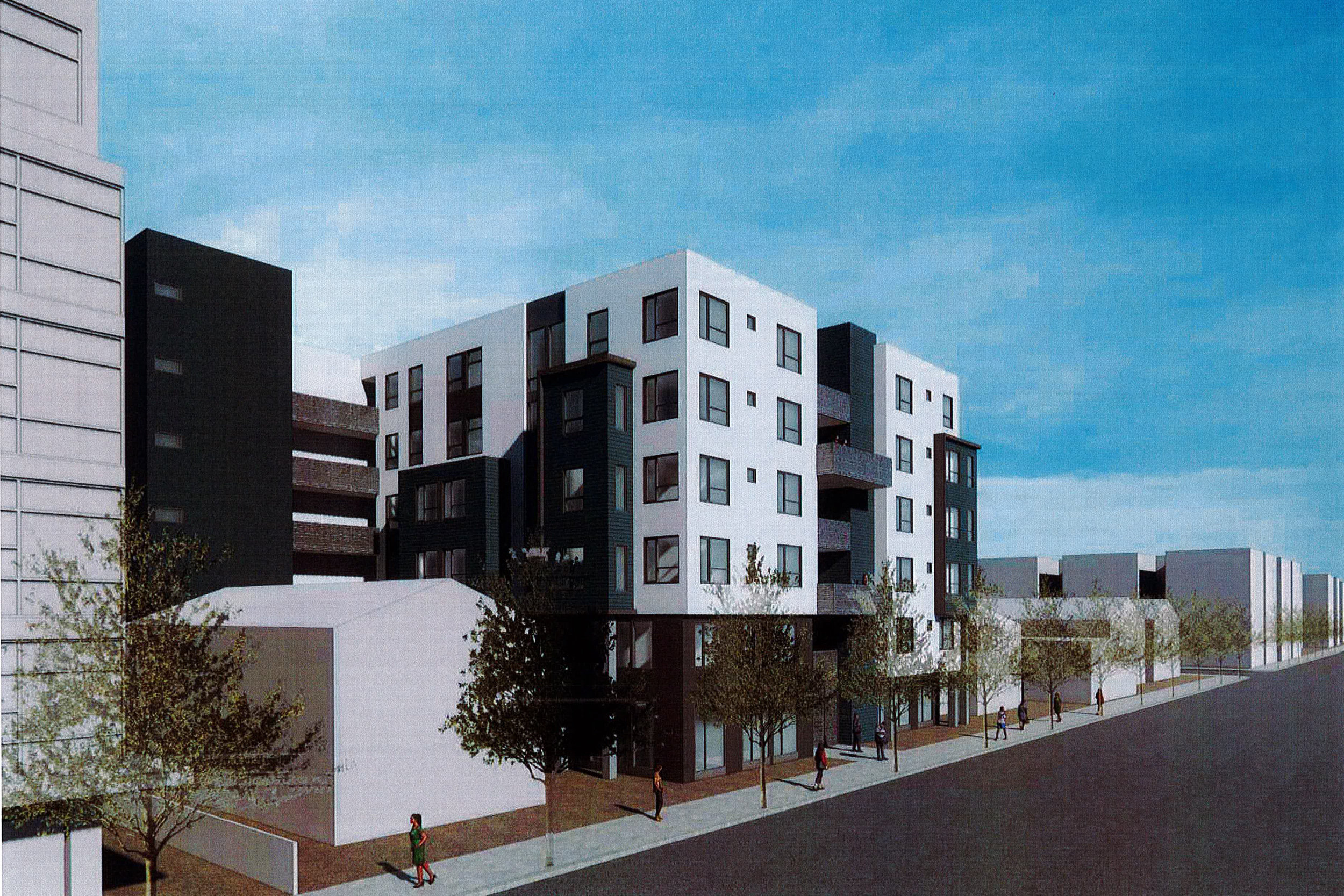 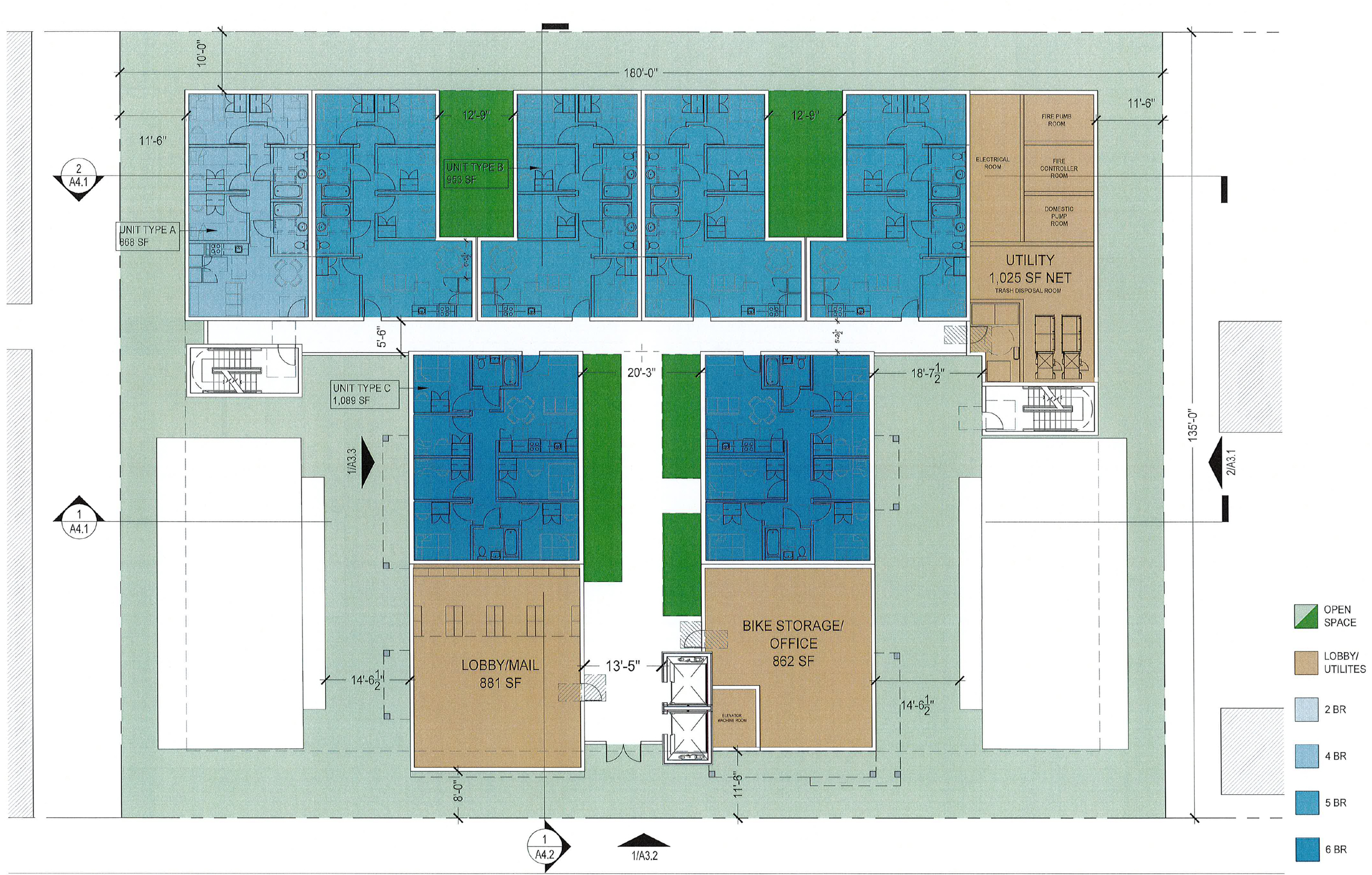 Levy Design Partners is responsible for the design. The San Francisco-based design firm has drafted a typical podium-style infill, conforming to the 0.56-acre lot with setbacks and material variation to articulate the massing to look like two six-story infills facing Dwight Way positioned between the remaining two buildings. The rear lot opens up with additional space, flanking out to increase residential capacity. Facade materials will include cement plaster, horizontal lap siding, metal panels, and concrete.

The existing site contains four multi-family buildings with four units each and a surface parking lot. The two middle structures will be demolished, while the two at 2133 and 2153 Dwight Way will remain.

Riaz is requesting to use the State Density Bonus program to increase residential capacity by 50% while incorporating eight affordable housing units. Seven units will be for very-low income households, while one will be for a low-income household. 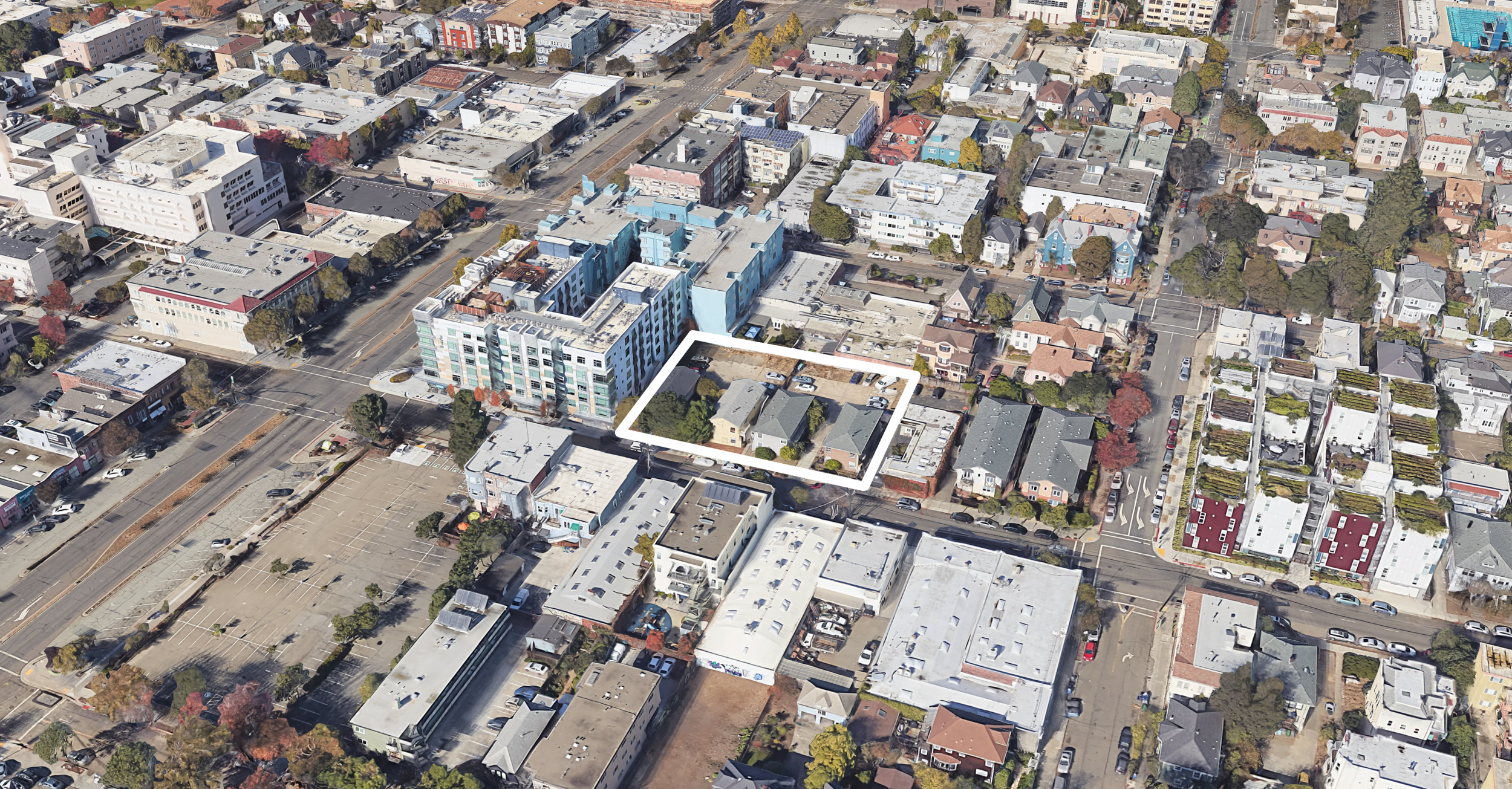 The proposal will fill out a lot at the southern edge of Downtown Berkeley between Shattuck Avenue and Fulton Street. AC Transit access is found along the avenue, while the Downtown BART station is just 12 minutes away on foot.

An estimated timeline for construction and completion has not been shared. The project team has not yet replied to YIMBY’s request for comment as of the time of publishing.

Be the first to comment on "Pre-Application for 2127 Dwight Way, Downtown Berkeley"