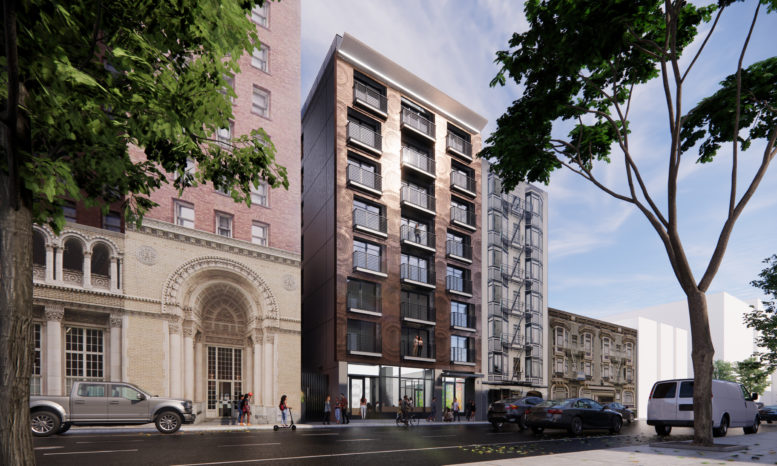 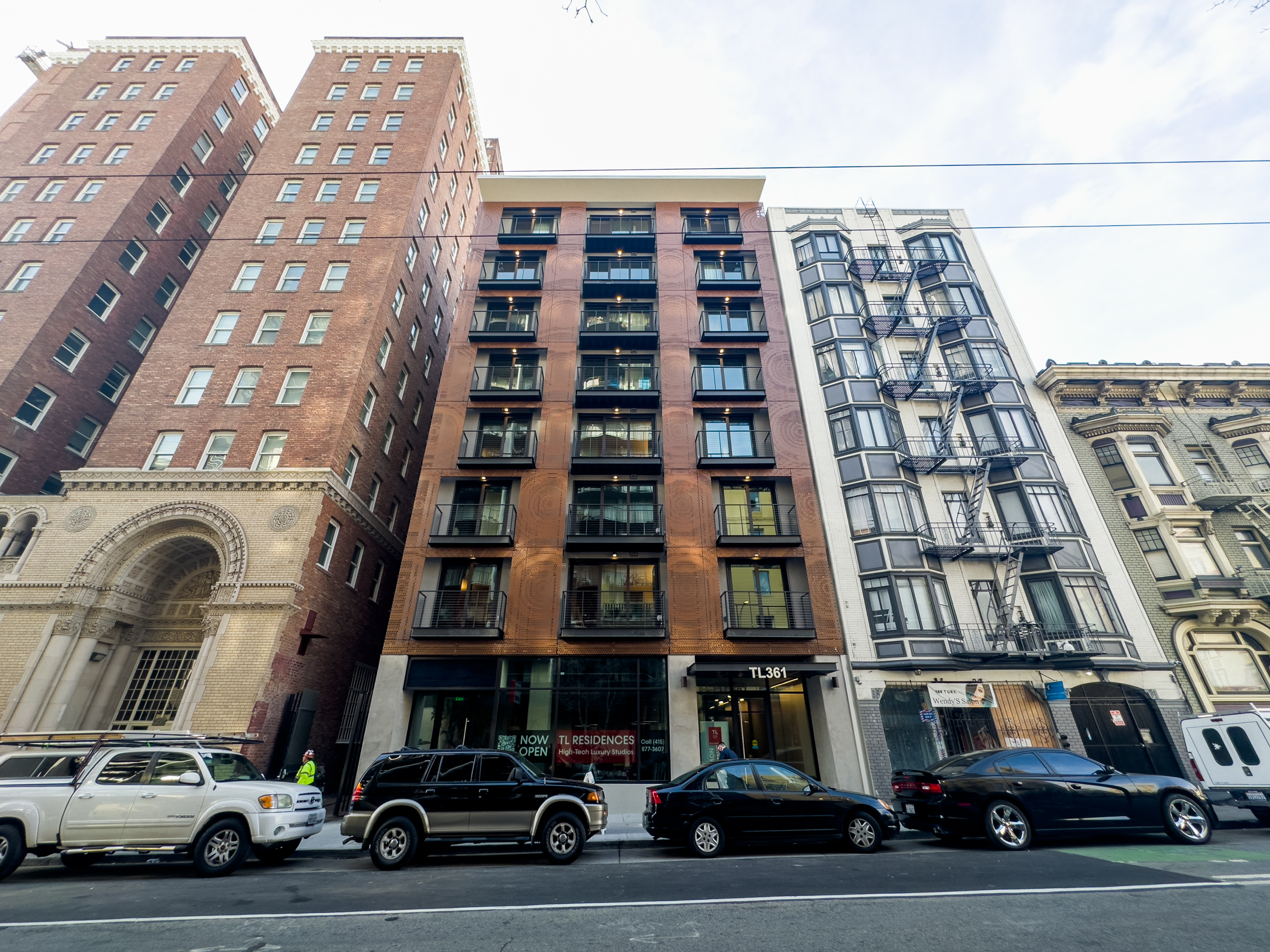 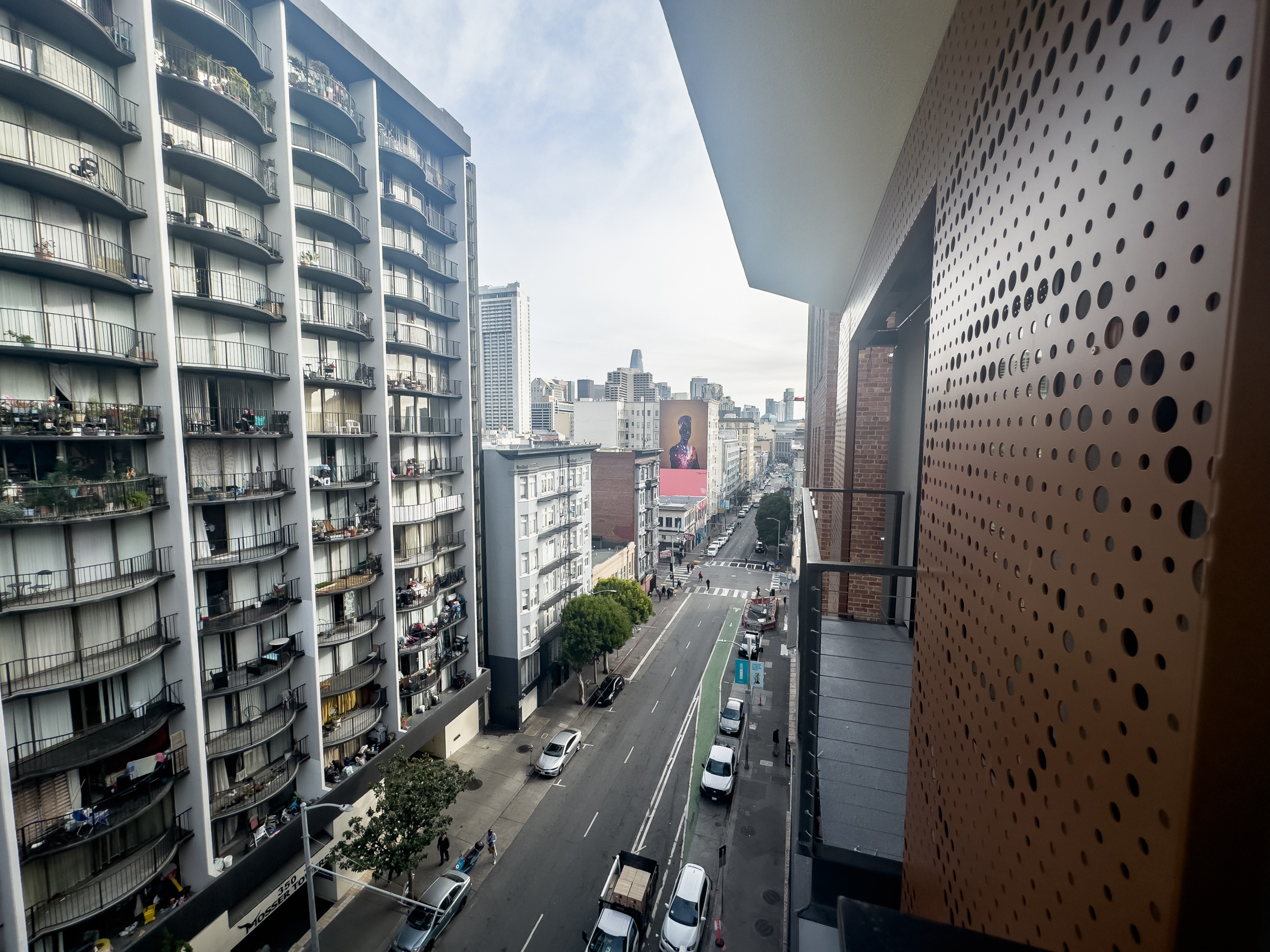 Earlier this month, YIMBY was given a tour of the premises along with Richard Hannum, a founding partner at Forge Development Partners. Hannum emphasizes that the long and the short of it is that sustainability is not only a good idea, it’s also good for investment, saving expenses, and reducing rates.

Forge and Bridge have developed a similar project at 145 Leavenworth Street. Construction on TL 145 is expected to finish in late November or early December. Both projects have replaced former surface parking lots. Combined, both projects will open 240 new homes in the neighborhood. 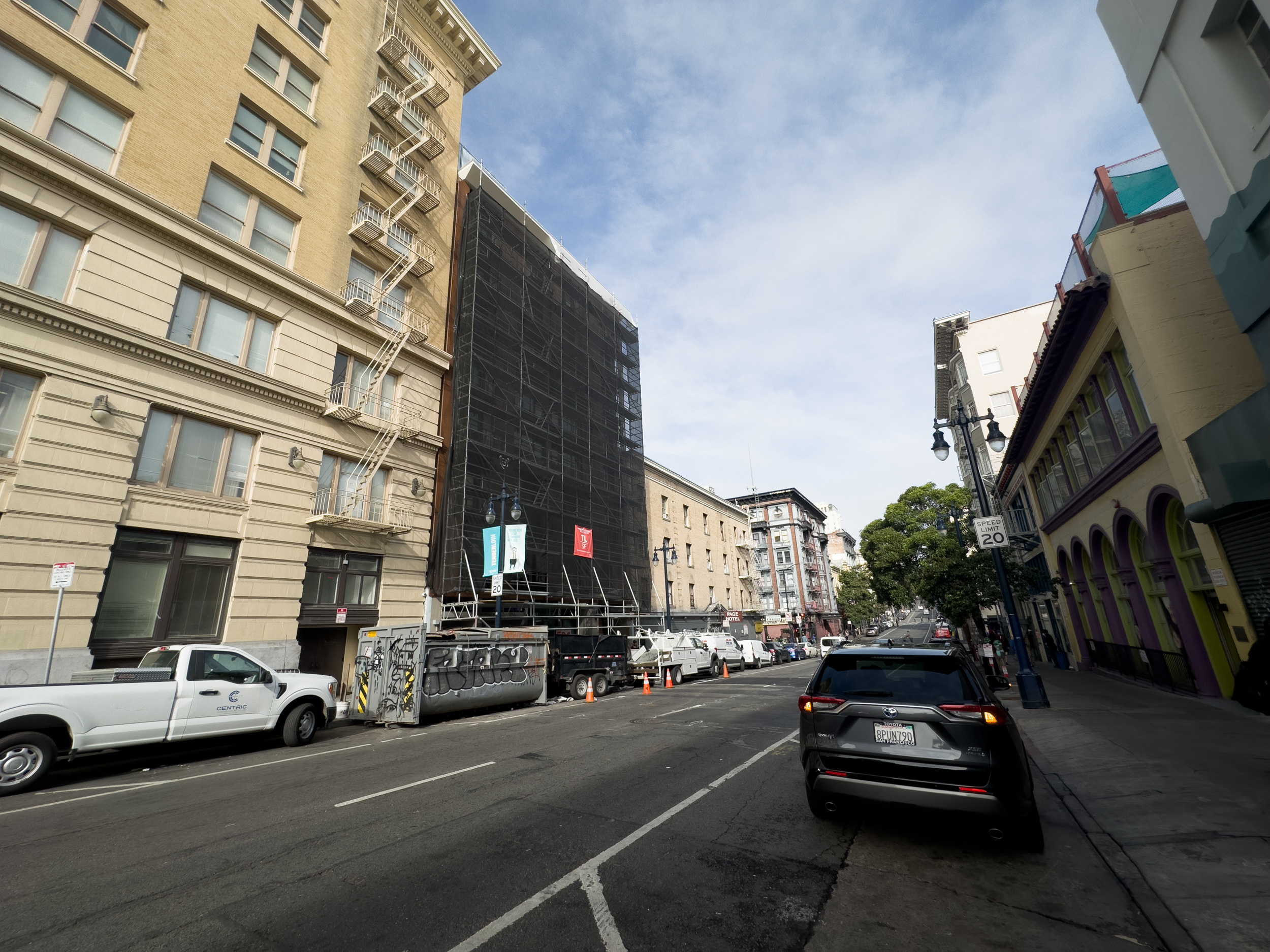 145 Leavenworth Street as seen during visit, image by author 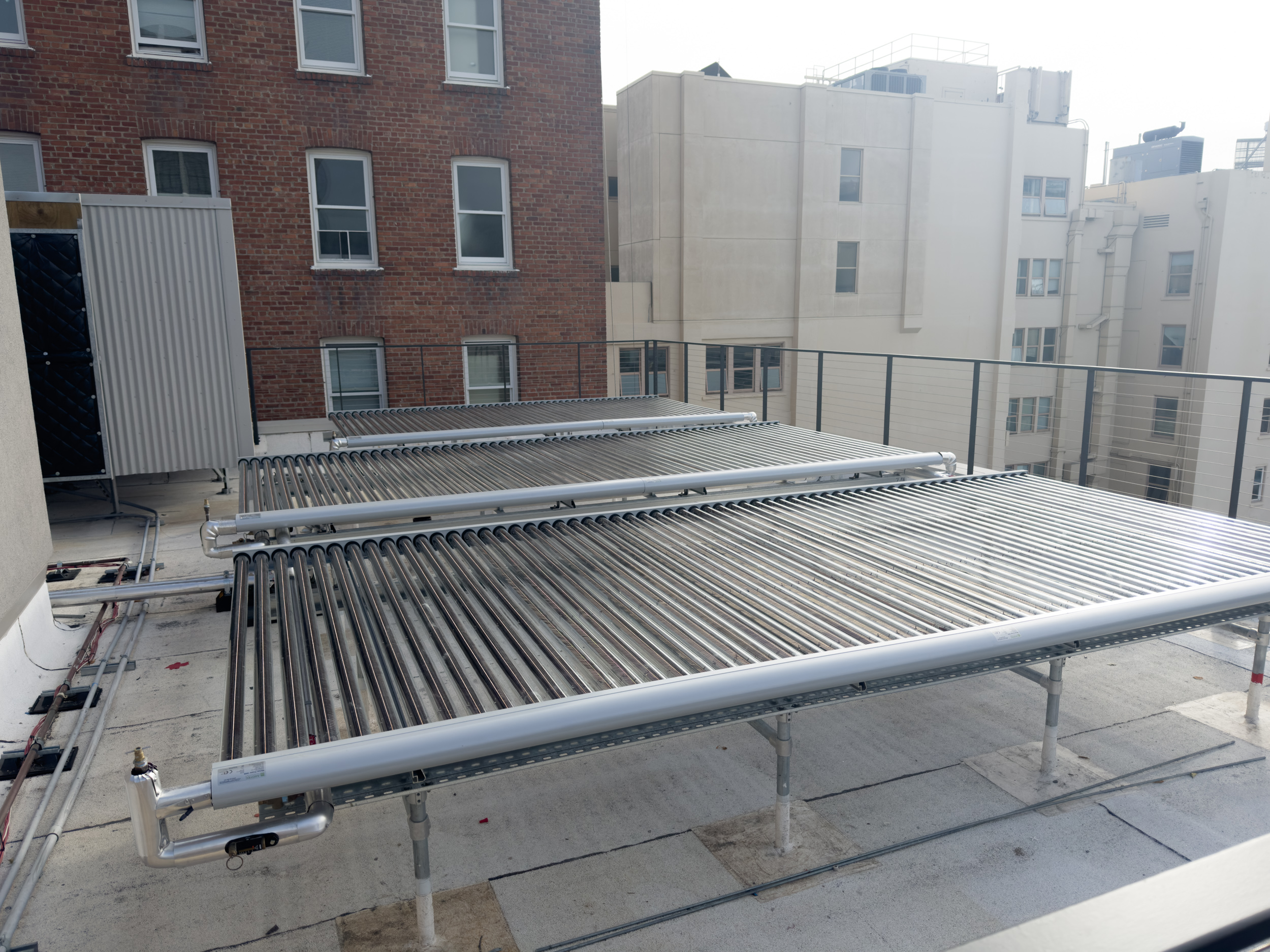 Both TL 361 and TL 145 use the Pueblo Structural System created by San Francisco architect Jorge Dequesada AIA. The structure was planned by Gensler and Olson Steel. As a result, the structure is approximately 30% lighter than a steel structure would otherwise be, using around 90-95% recycled steel, and limited use of concrete. The steel beams are also visible in the corridors as a visual reminder of the Pueblo system. The method enables quick construction and a reduced carbon footprint compared with traditional multifamily projects.

With the reduced energy needs by nearly a third, the use of solar energy, and a novel water heating system on the roof, Forge is able to lower energy costs as compared with a traditional structure. 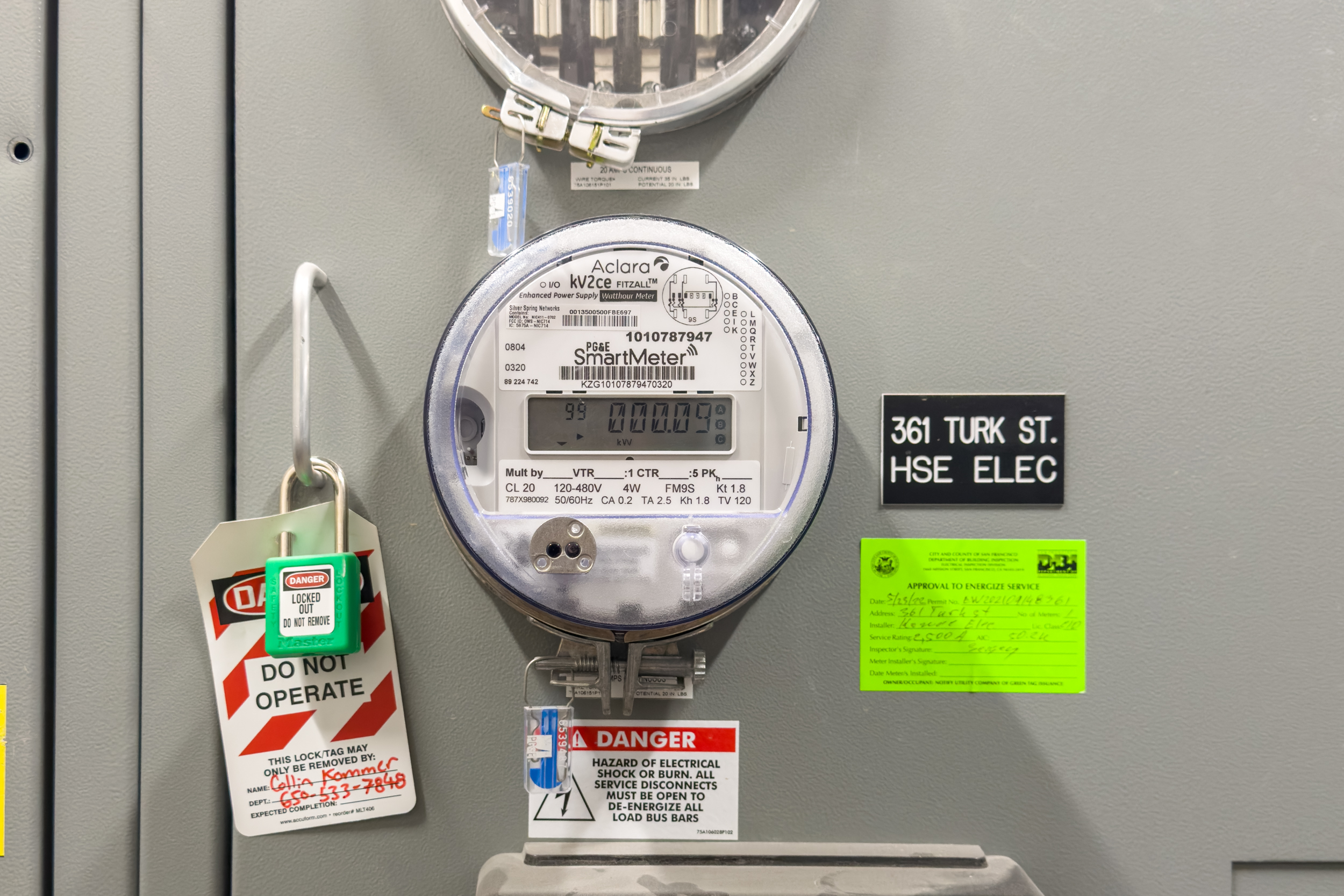 The single meter overseeing the power across 361 Turk Street, image by author

Gensler is responsible for the design, which is expected to achieve at least LEED Gold certification. Writing with YIMBY, project architect Doug Zucker provided further context for how the studio approached the plans for TL 361.

361 Turk is an example of rethinking the current paradigm of building housing, which currently doesn’t work in San Francisco. With 361 Turk, in order to make housing more affordable, we had to start from scratch and look at all of the systems that make up construction today. It is completely rethought from the structural system to the water and electrical systems. The project approach was to put less square footage into the units and more into all of the amenities and public spaces, which are extensive and compete with a luxury building. The goal was to create community, which is so often lacking in rental apartment buildings.”

As part of the development arts contribution for the neighborhood, Forge has used two designs for the facades designed by SOTA high school students. For TL 361, Hannum shared that the reflective metal-carved building is an expression of the meter from “So What,” the Miles Davis song recorded in the Tenderloin’s Blackhawk nightclub. The new facades contribute to the National Historic District’s cultural assets.

The two eight-story structures yield a combined 98,060 square feet. The base of TL 361 will feature 3,000 square feet of retail with outdoor seating, likely to become a food services space. Parking will be included for bicycles, a decision that will promote the neighborhood’s traffic conditions and public transit. 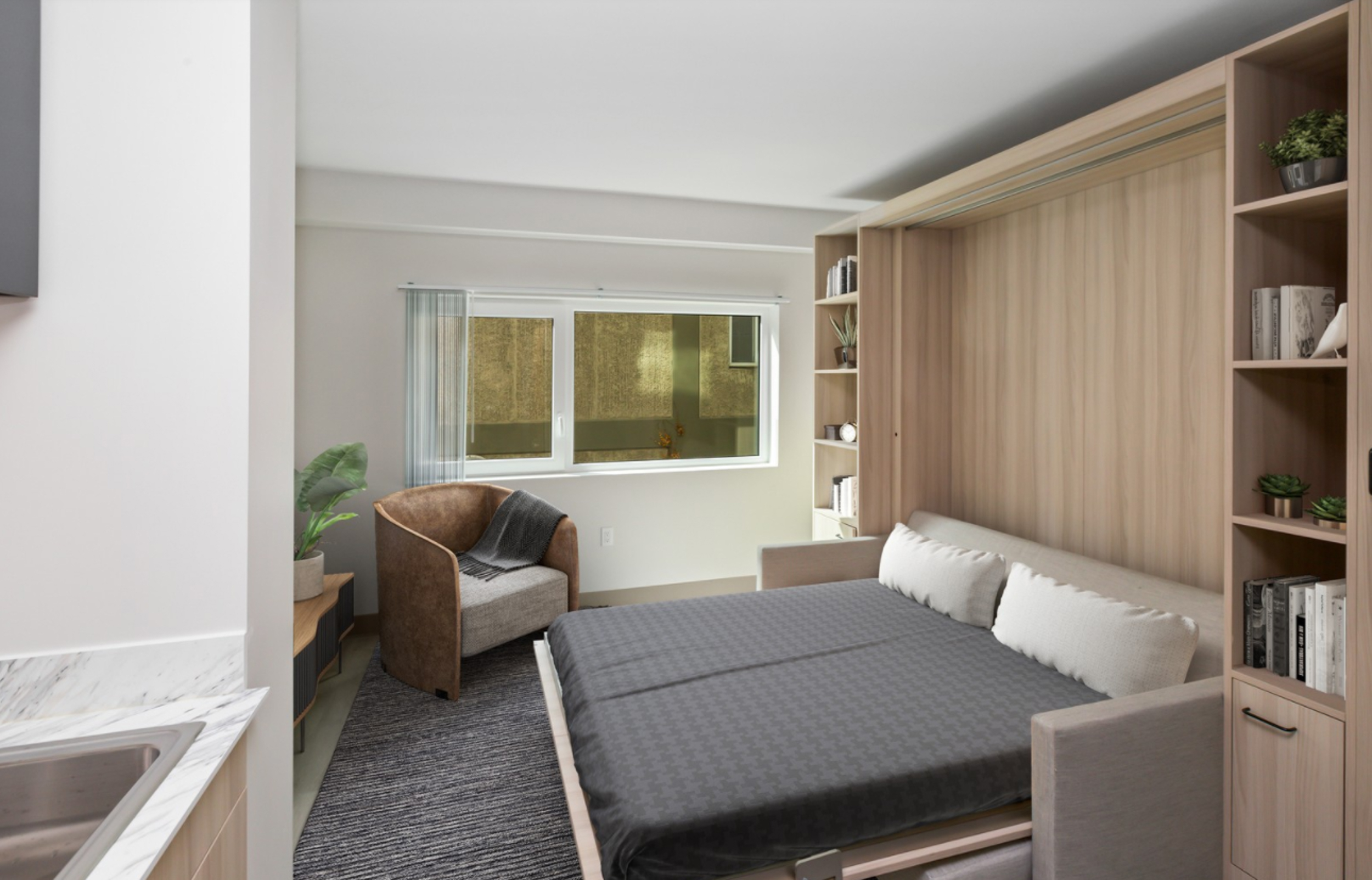 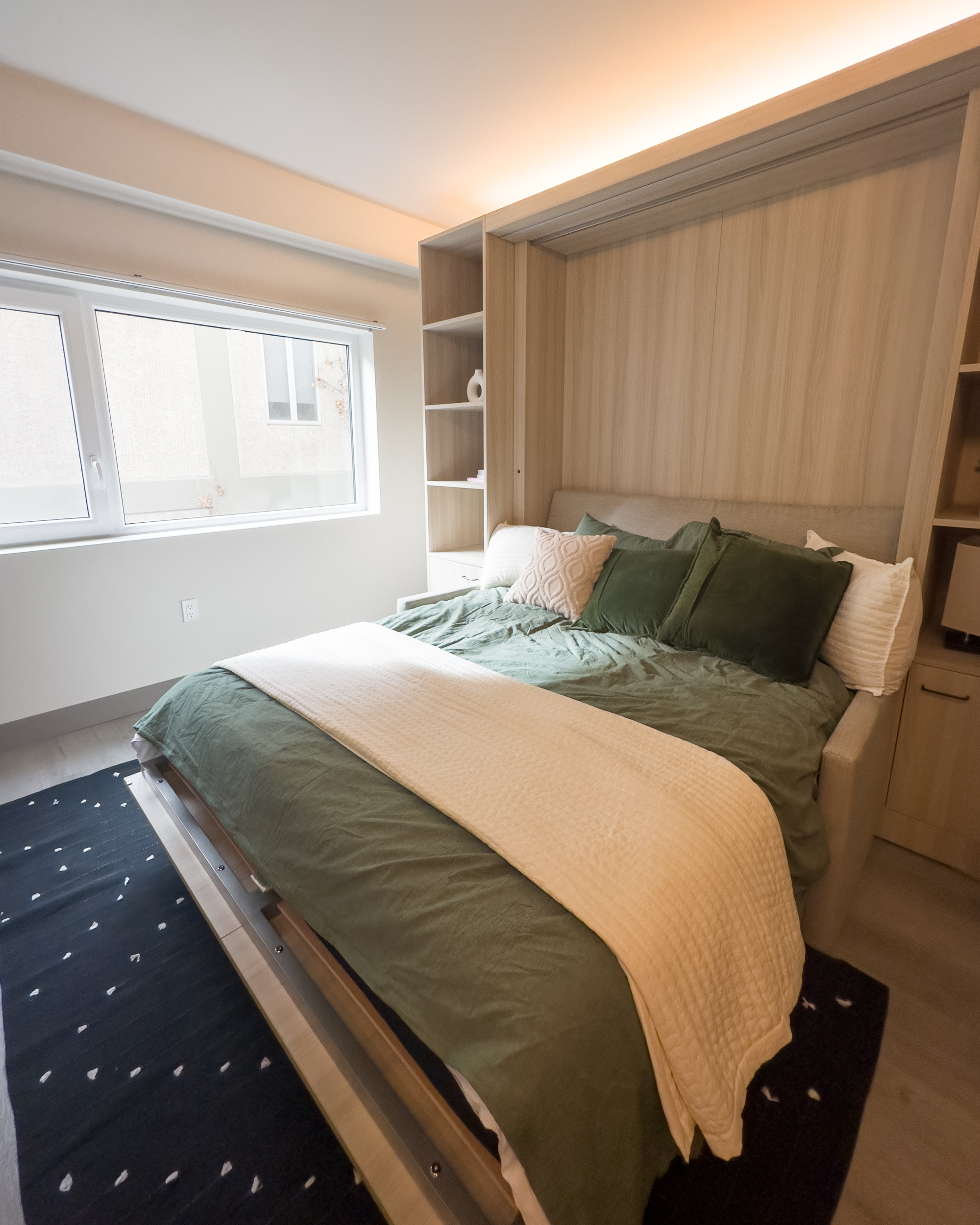 Each unit ranges from 230 to 280 square feet, with an in-unit convection oven, induction plates, and a bathroom. Apartments facing the street will have a private open-air balcony. Residents are offered a murphy bed that converts into a couch to maximize space. The team also found an in-unit fridge with a freezer space that operates at 40 decibels.

The thermostat includes an air quality meter. Residents will also benefit from a HEPA-filtered air system designed to help reduce the effects of smoke inside. The entire building is designed around the Internet of Things, i.e., IoT, connecting doors, in-unit climate control, amenities, and services through a phone app. The site is also connected with fiber optic Wi-Fi so residents can access a private connection to Wi-Fi anywhere.

The IoT connects residents to building ownership, event services programming, and reservations for the fitness center and amenity spaces. Various double-height amenity spaces are included on alternating floors to offer residents shared workspaces, gym equipment, and a laundry room with natural light. An inner-block courtyard includes a fire pit, while the basement amenity room, named the Del Seymour Room, features an equipped kitchen that can double for events and classes with residents. The rooftop deck includes a dog run, seating, and barbeque grills. 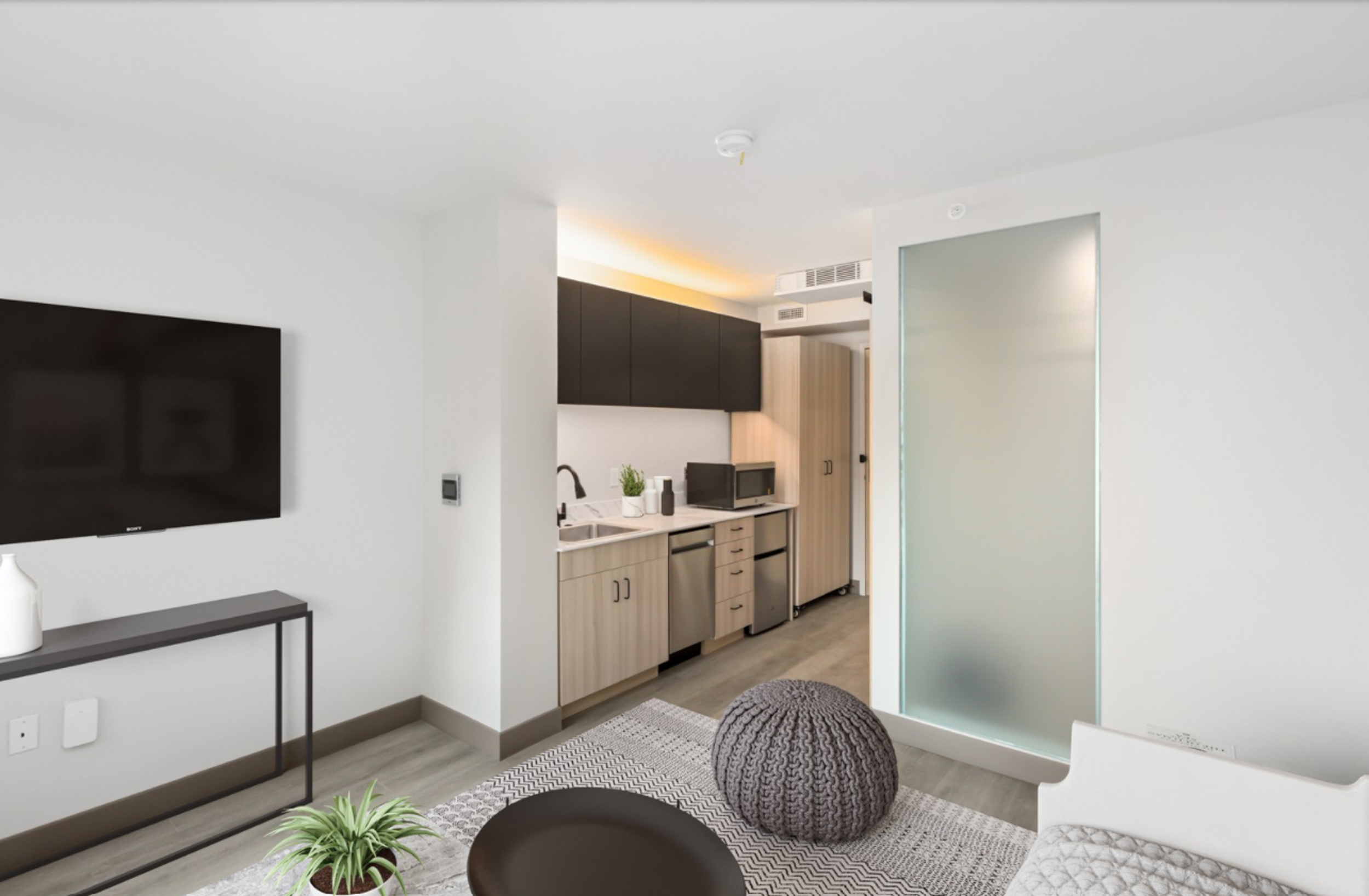 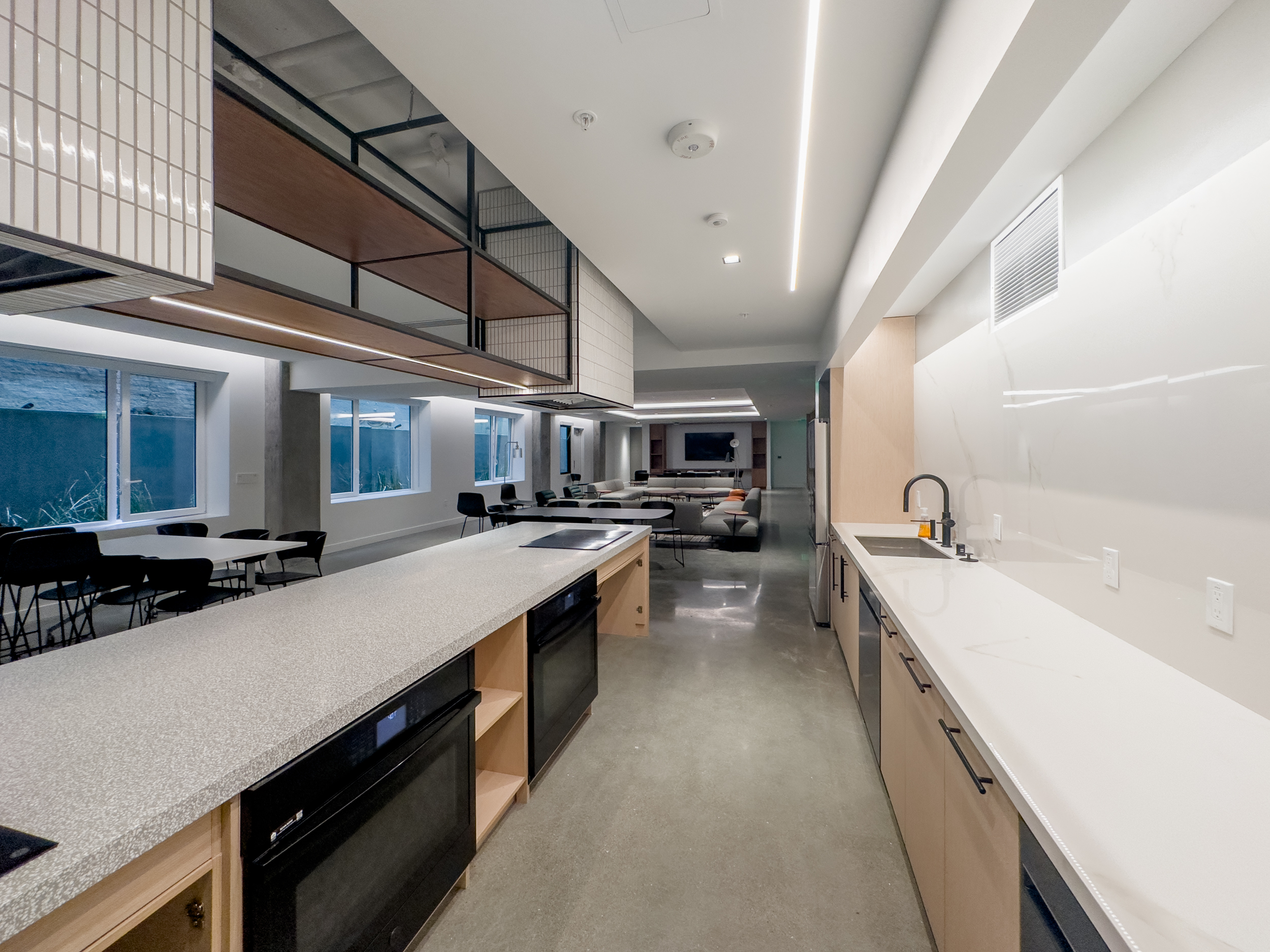 The Del Seymour Room is dedicated to the active community organizer at Code Tenderloin and Tenderloin Walking Tours. The space will be open for the group and other local organizations to reserve.

Forge and Bridge are partners through a joint venture for TL145 and Tl 361, with Bridge using their $1.74 billion workforce Housing Fund. The development has been financed by Forward Commitment from Freddie Mac, East West Bank, and Washington Federal. Forge has also used CrowdStreet, a leading Financial Tech platform, to raise initial equity from accredited investors. 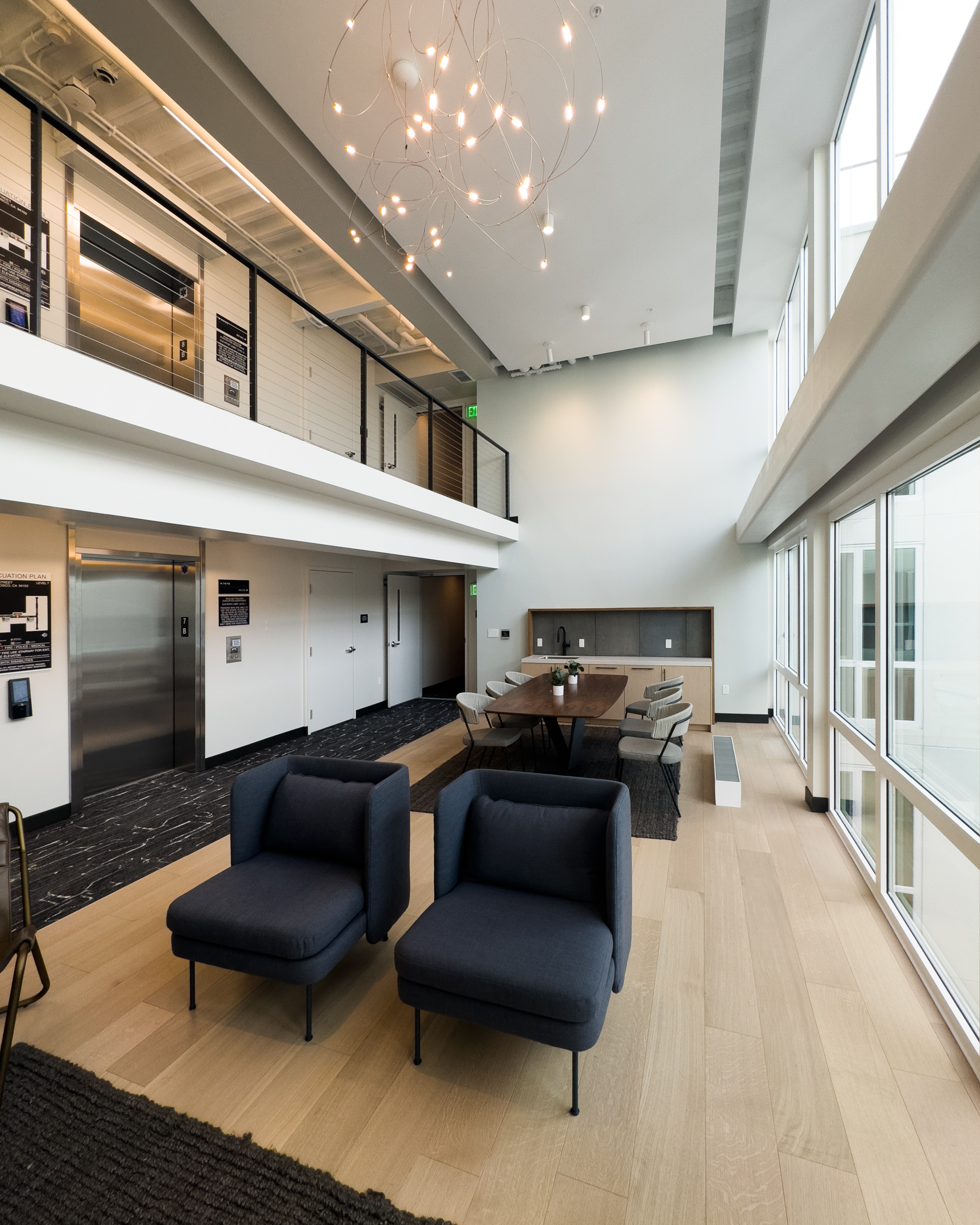 While the project had hoped to become a model for future affordable housing infills in San Francisco, this is unlikely as the Board of Supervisors has passed a law to prevent new ‘group housing’ developments, especially for Chinatown and the Tenderloin. However, Forge is working on a similar project in San Diego and has sights across the Bay Area.

Future residents will be in a dense urban neighborhood with a plethora of shops and businesses, public transit, and job opportunities in the Civic Center, Financial District, and SoMa.

Forge hopes to fill both projects within a year.