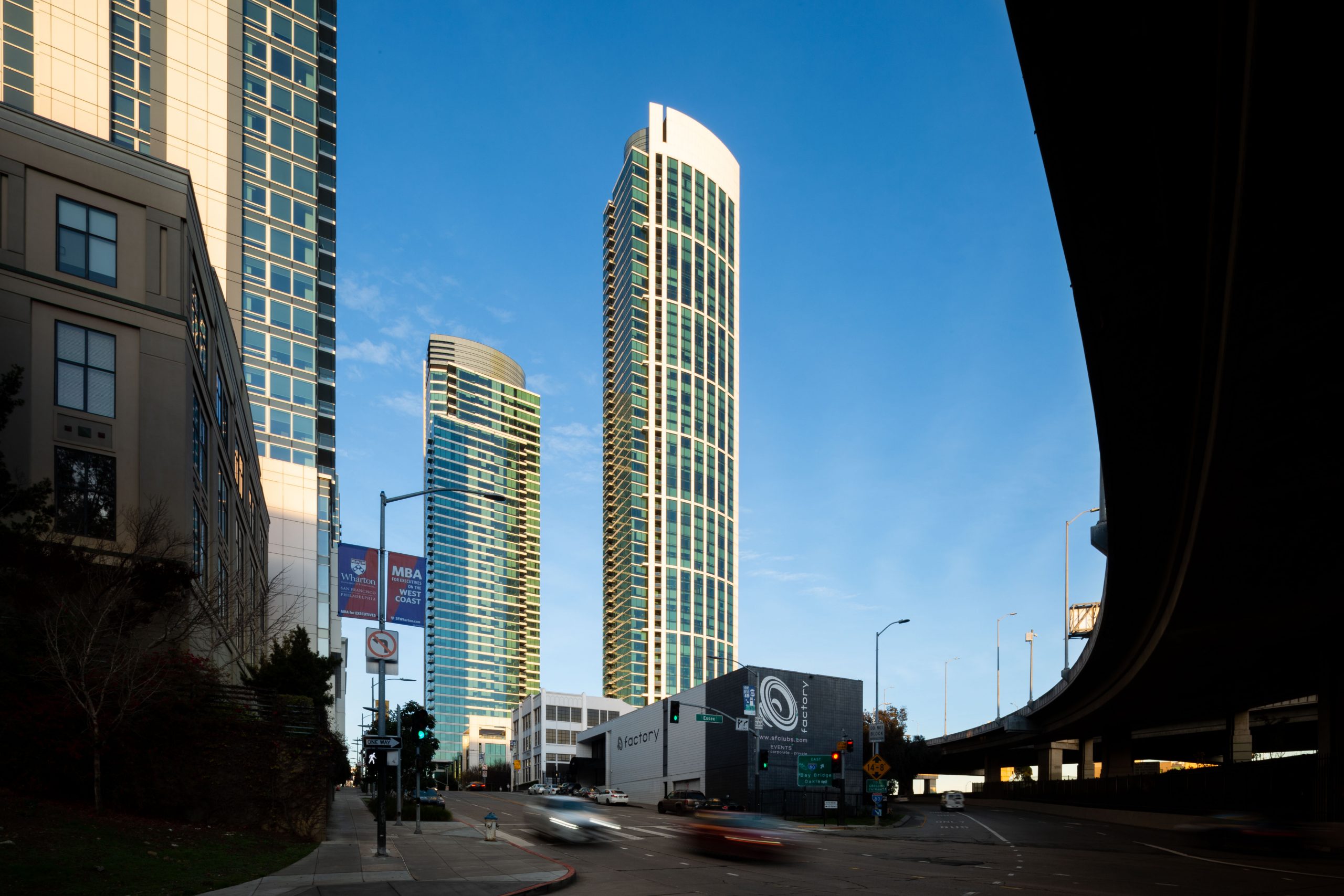 The ninth tallest tower in the Bay Area planned or built is One Rincon Hill, one of the tallest fully residential building west of the Mississippi River. Finished in 2008, the 641-foot tower led the procession of construction that now defines Rincon Hill and the southern portion of San Francisco’s SoMa skyline overlooking the Bay Bridge. Solomon Cordwell Buenz is the project architect. 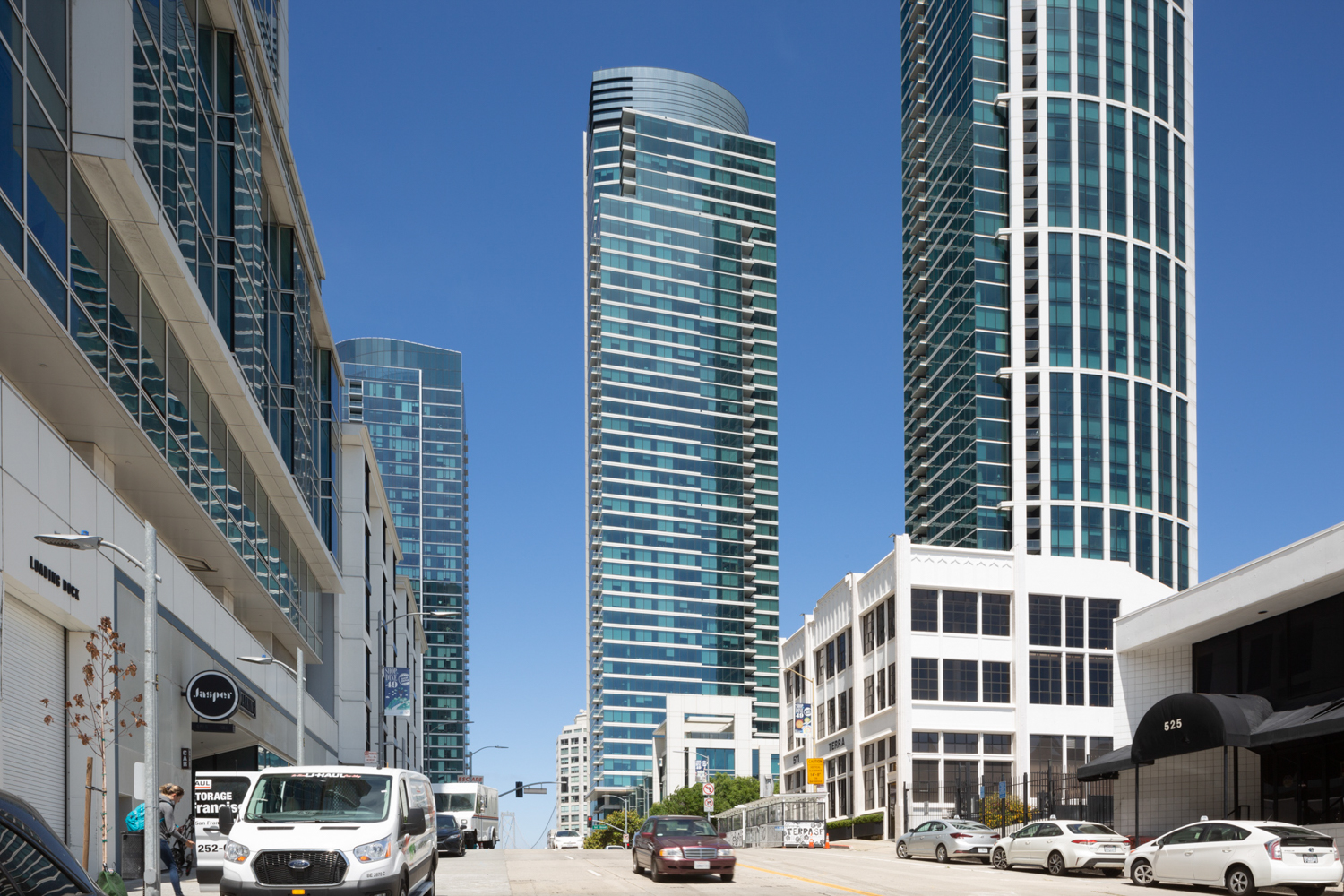 The Harrison at 401 Harrison Street is the 23rd tallest skyscraper in the Bay Area planned or built with a rooftop height of 541 feet above street level. The project is the shorter of the two-towered Rincon Hill complex that has redefined the city’s skyline in SoMa, San Francisco. The project has come to define the ascension of Rincon Hill and the East Cut as an extension of high-rise residential development to accommodate the tech boom of the 21st century. 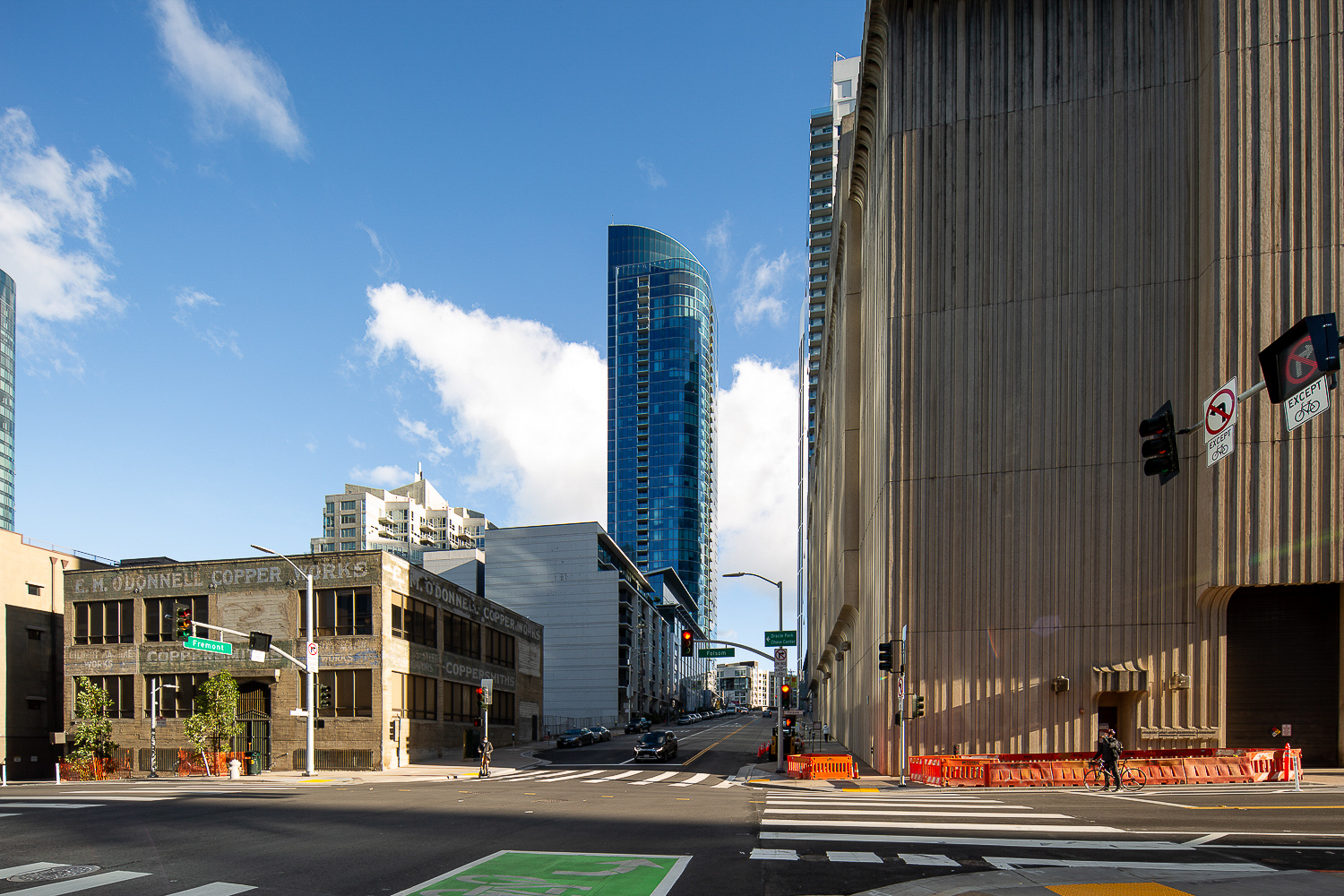 399 Fremont Street stands at the intersection with Harrison street tied with two other contenders as the 43rd tallest building in the Bay Area built or planned. The curtain wall-wrapped tower rises to a pinnacle of 440 feet tall in SoMa, according to construction contractors Swinerton, matched by 500 Folsom and the adjacent 340 Fremont. The building contributes 447 rental apartments into the Bay Area housing market. UDR is the project developer. 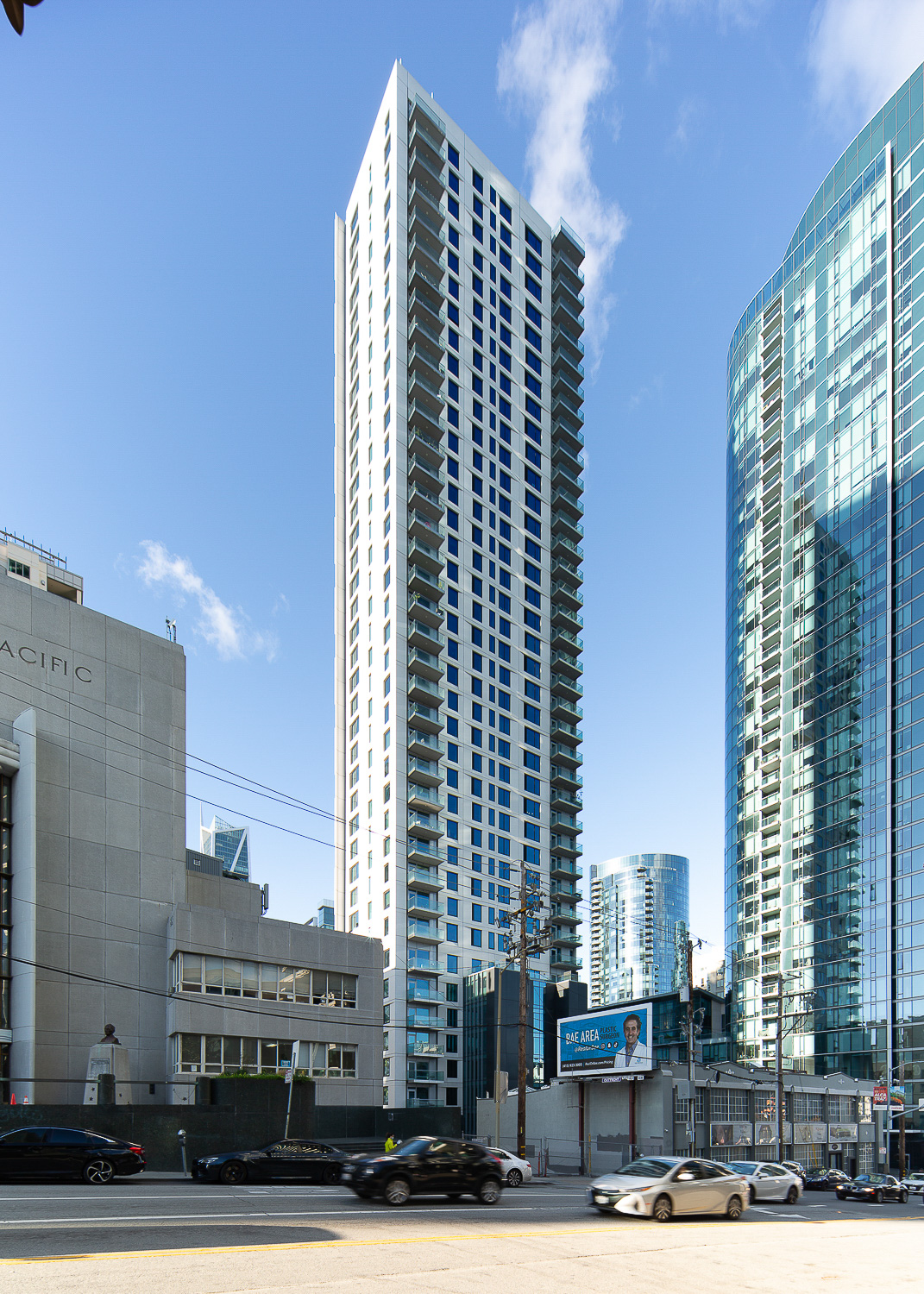 The 440-foot 340 Fremont Street is tied with two other towers as the 43rd tallest building in the Bay Area, located on Rincon Hill in SoMa, San Francisco. The project was first proposed in 2005, though delays pushed construction to start in 2014 and open in 2016. Equity Residential is the project developer. 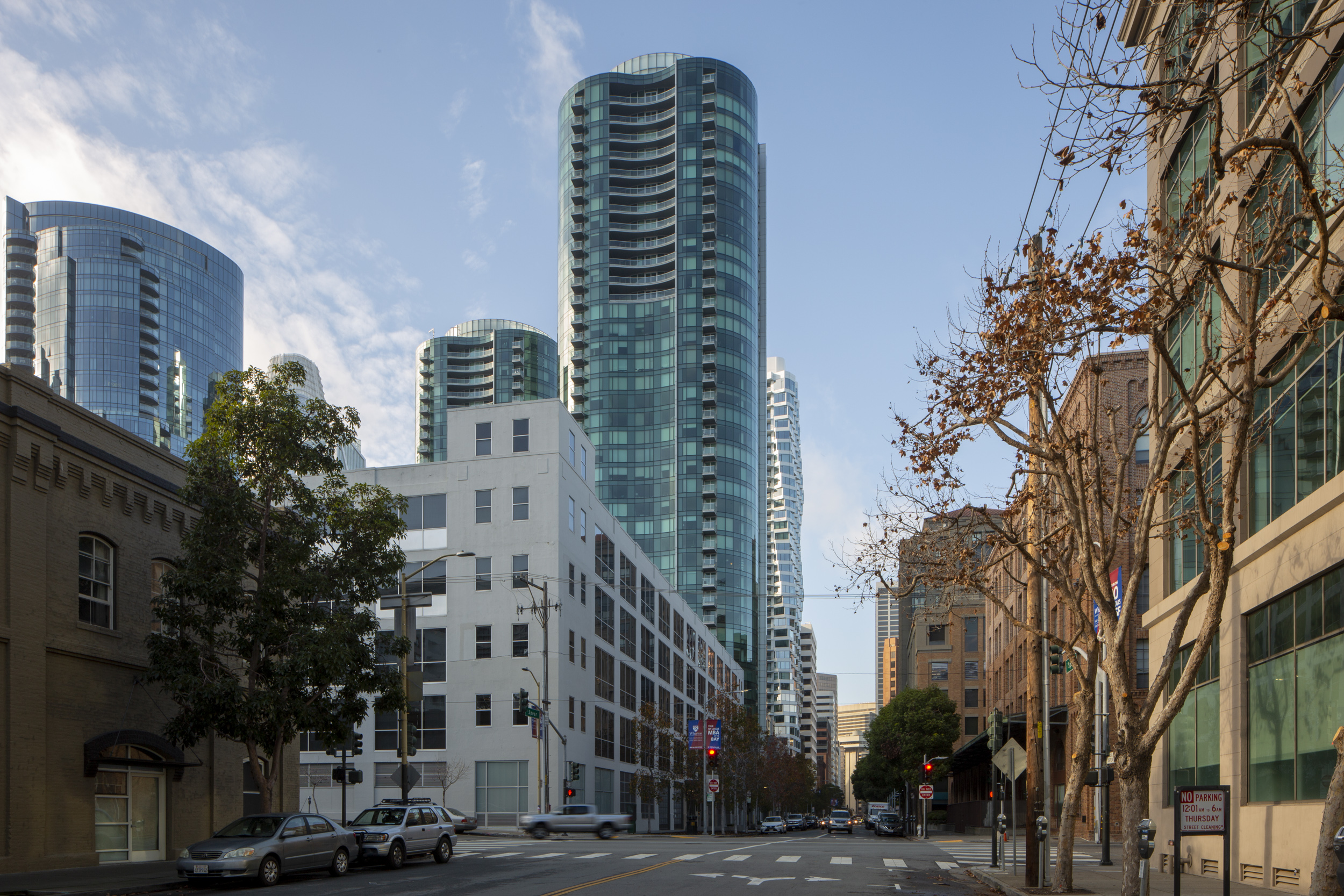 The fifty-first tallest structure in the Bay Area is Infinity 1 at 338 Spear Street, SoMa, San Francisco. The 423-foot tall tower opened in 2008 as one of the distinguishing symbols for the development south of Market Street, especially given its prominent position beside the Bay Bridge. Its undulating dark cyan curtain-wall facade reflects modernist architecture’s evolution in the new millennium, facing pressure to reject traditional ornamentation and the boxed rigidity of the 20th-century modernist design. Tishman Speyer was the developer for the construction and remained as the property owner.