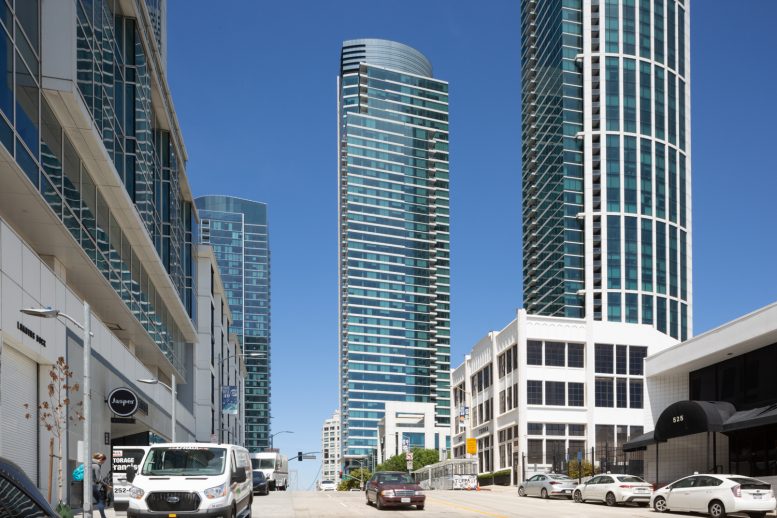 The Harrison viewed from beside Jasper, image by Andrew Campbell Nelson

The Harrison at 401 Harrison Street is the 23rd tallest skyscraper in the Bay Area planned or built with a rooftop height of 541 feet above street level. The project is the shorter of the two-towered Rincon Hill complex that has redefined the city’s skyline in SoMa, San Francisco. The project has come to define the ascension of Rincon Hill and the East Cut as an extension of high-rise residential development to accommodate the tech boom of the 21st century. 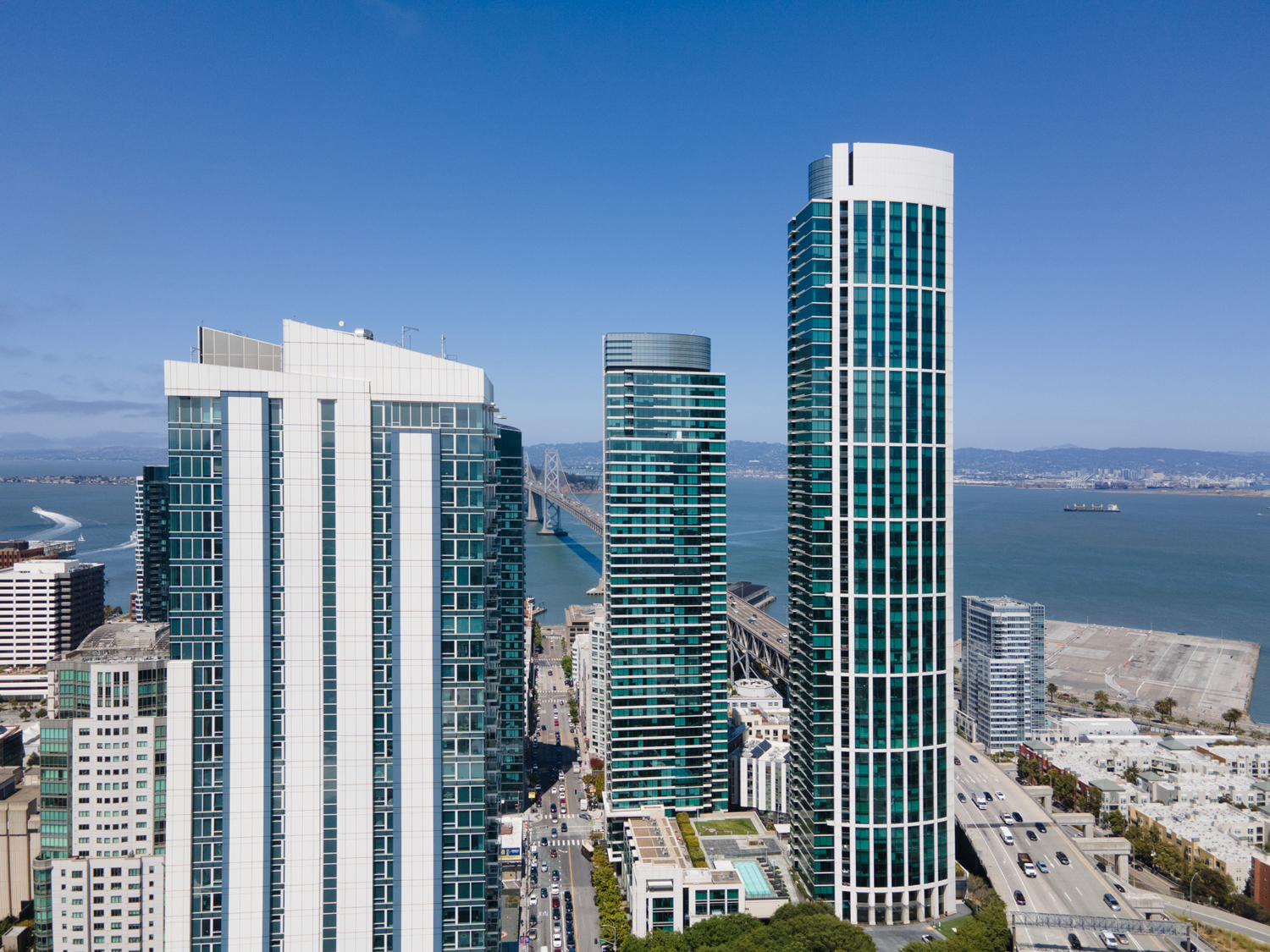 Solomon Cordwell Buenz or SCB is the project architect. One Rincon Hill was the studio’s first project in San Francisco. In describing the overall complex, SCB writes it was “designed as a catalyst for urban renewal, the slender tower’s 60-story height was made possible by integrating unique architectural and structural solutions for building in an active seismic zone.” 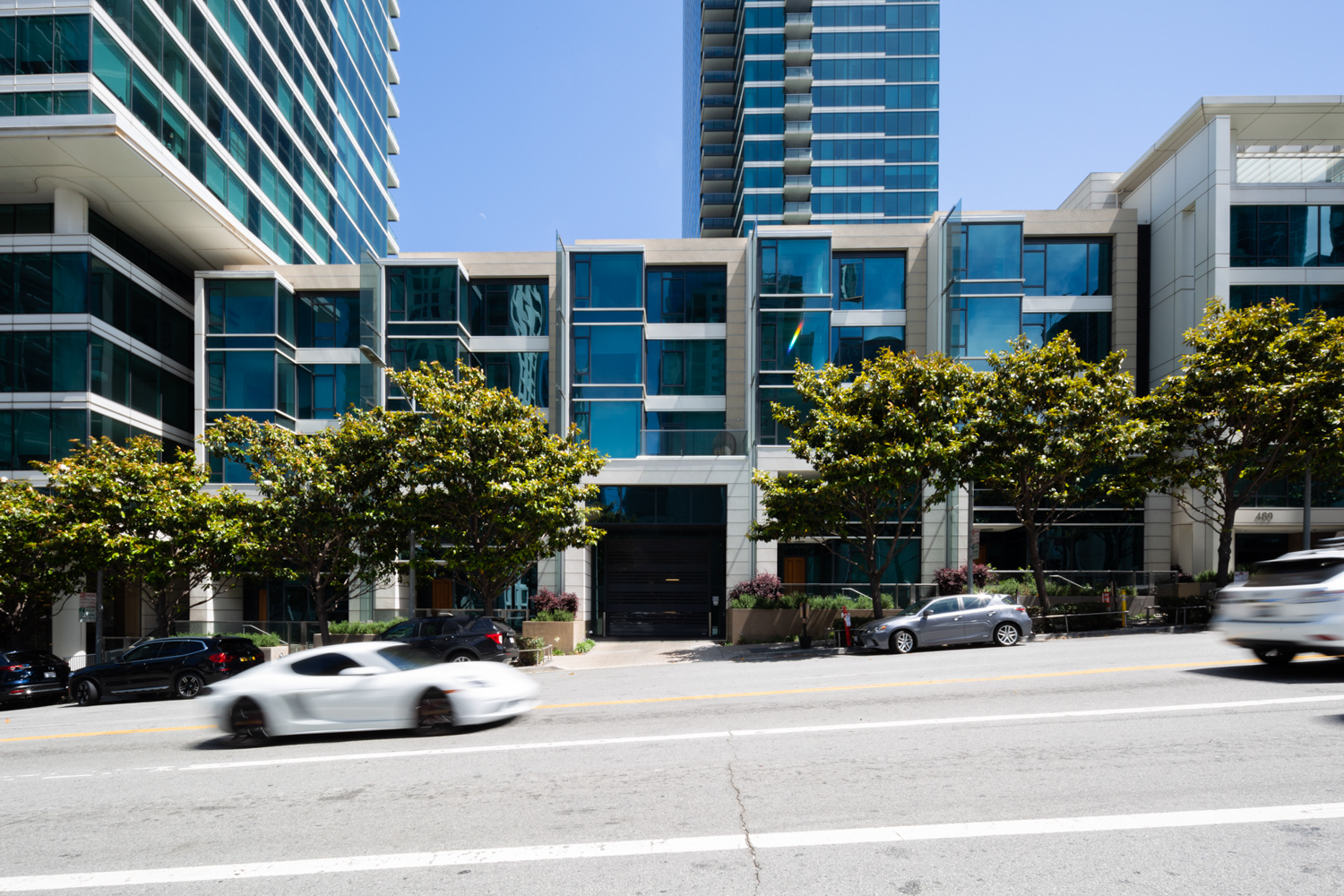 The 52-story contains 299 residences ranging in price starting around $1 million for one to three bedrooms. Unit sizes begin around 600 square feet and span up to 1,300 square feet. Residential amenities include a sky deck, decorated residents lounge, and a fitness center with high-end equipment. 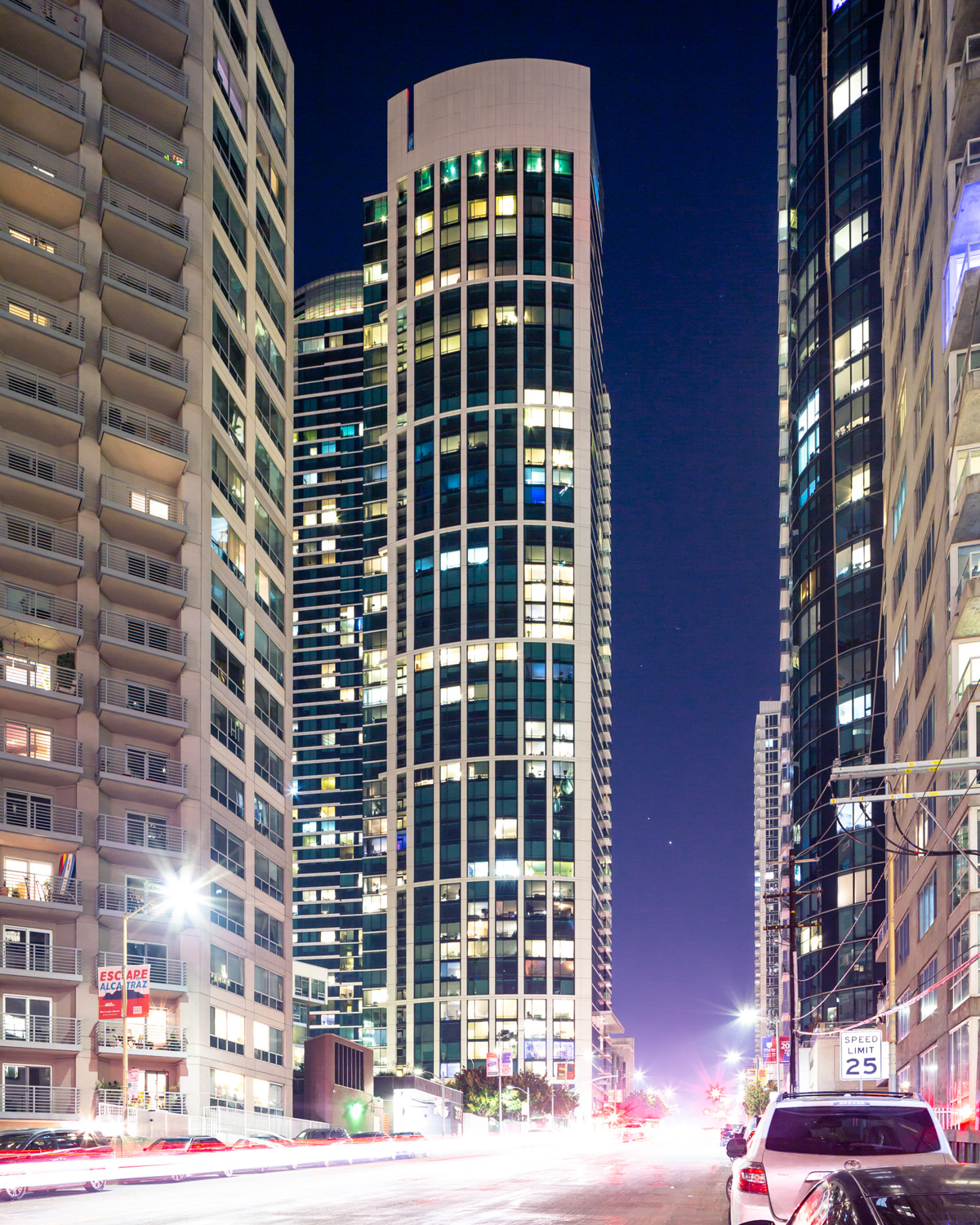 After One Rincon Hills’ south tower was completed in 2008, construction stalled for the north tower due to the Great Recession. Construction started in 2012 and finished by 2014. 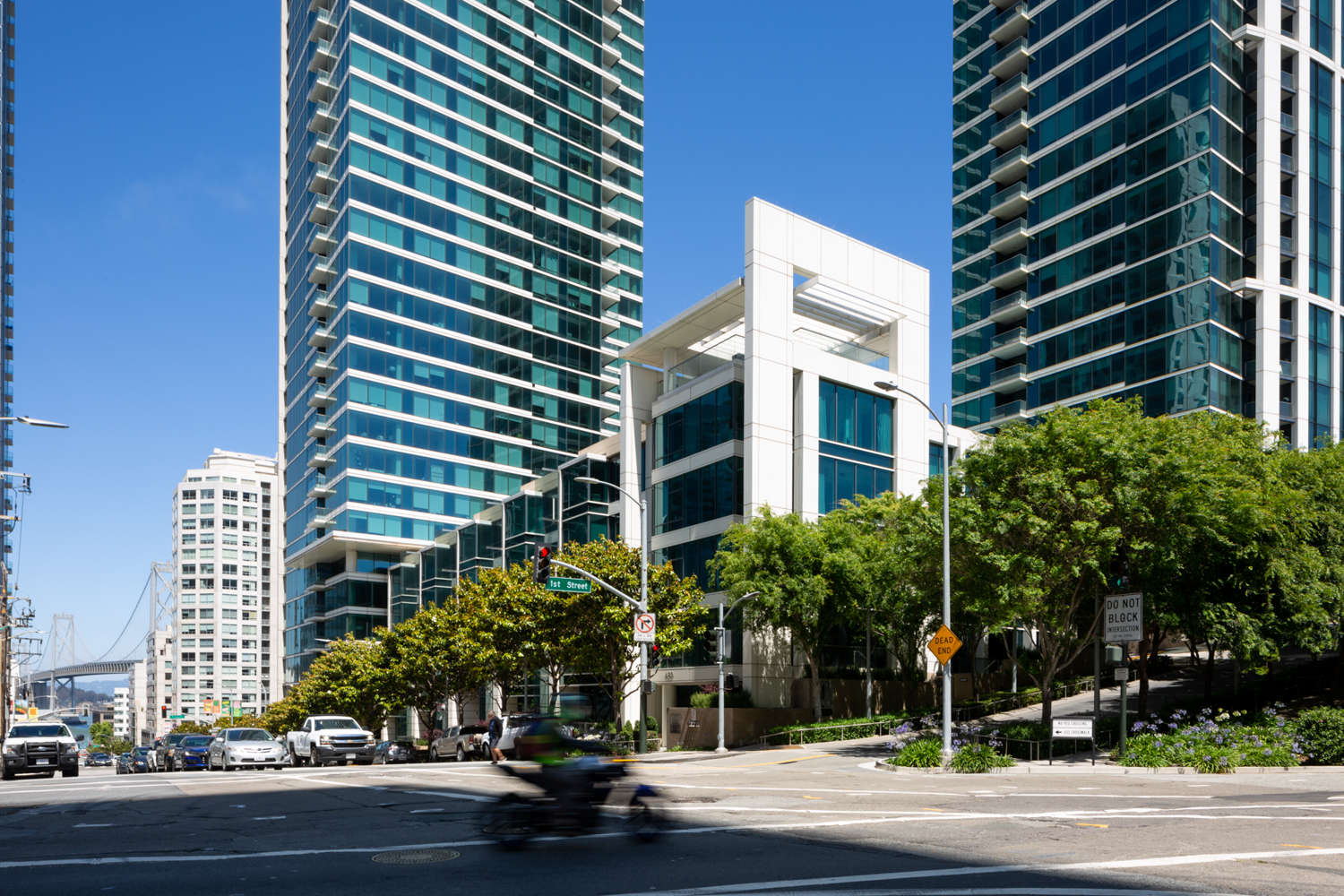 The Harrison at the corner of Harrison and 1st Street, image by Andrew Campbell Nelson

The tower was developed by Urban Pacific and Principal Real Estate Investors before being sold in 2015 to Rockpoint Group and Maximus Real Estate Partners for an undisclosed price expected to be around $400 million. The popular interior designer Ken Fulk was hired to revamp the apartments and amenities before opening again. 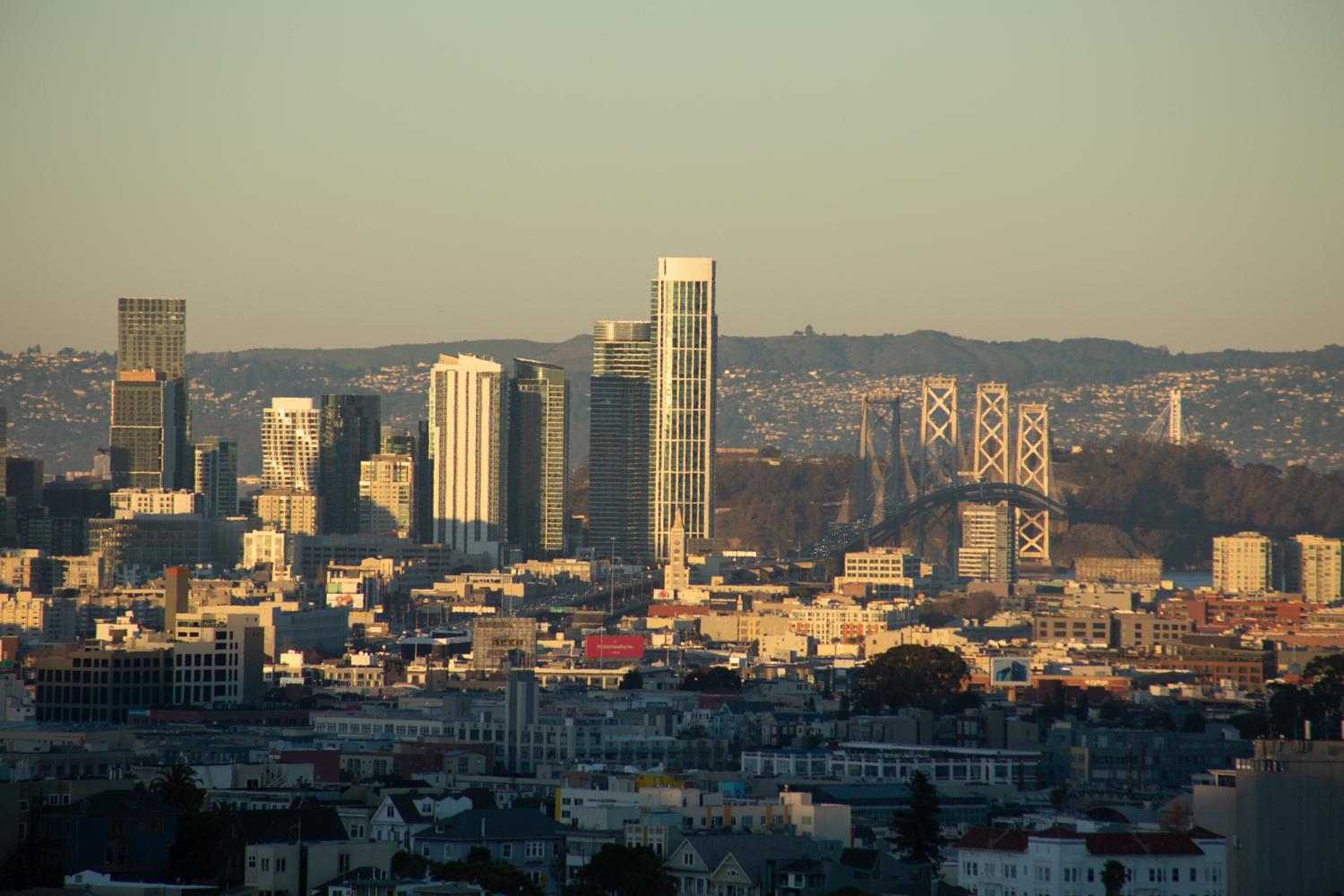 The Harrison beside One Rincon, image by Andrew Campbell Nelson

Two penthouse units are currently on the market. Unit 46A, facing toward Twin Peaks, spans 1,648 square feet with an asking price of over $3 million. Unit 48B extends twice the size, with a 3,214 square foot floor plate facing the Bay Bridge. The penthouse is currently asking for $7.8 million.

Be the first to comment on "Number 23: The Harrison on Rincon Hill, SoMa, San Francisco"