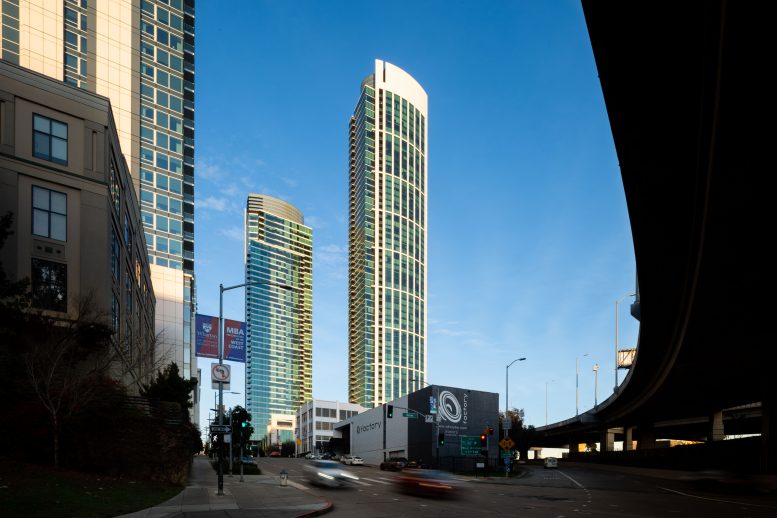 One Rincon Hill with The Harrison in the background, image by Andrew Campbell Nelson

The ninth tallest tower in the Bay Area planned or built is One Rincon Hill, one of the tallest fully residential building west of the Mississippi River. Finished in 2008, the 641-foot tower led the procession of construction that now defines Rincon Hill and the southern portion of San Francisco’s SoMa skyline overlooking the Bay Bridge. Solomon Cordwell Buenz is the project architect. 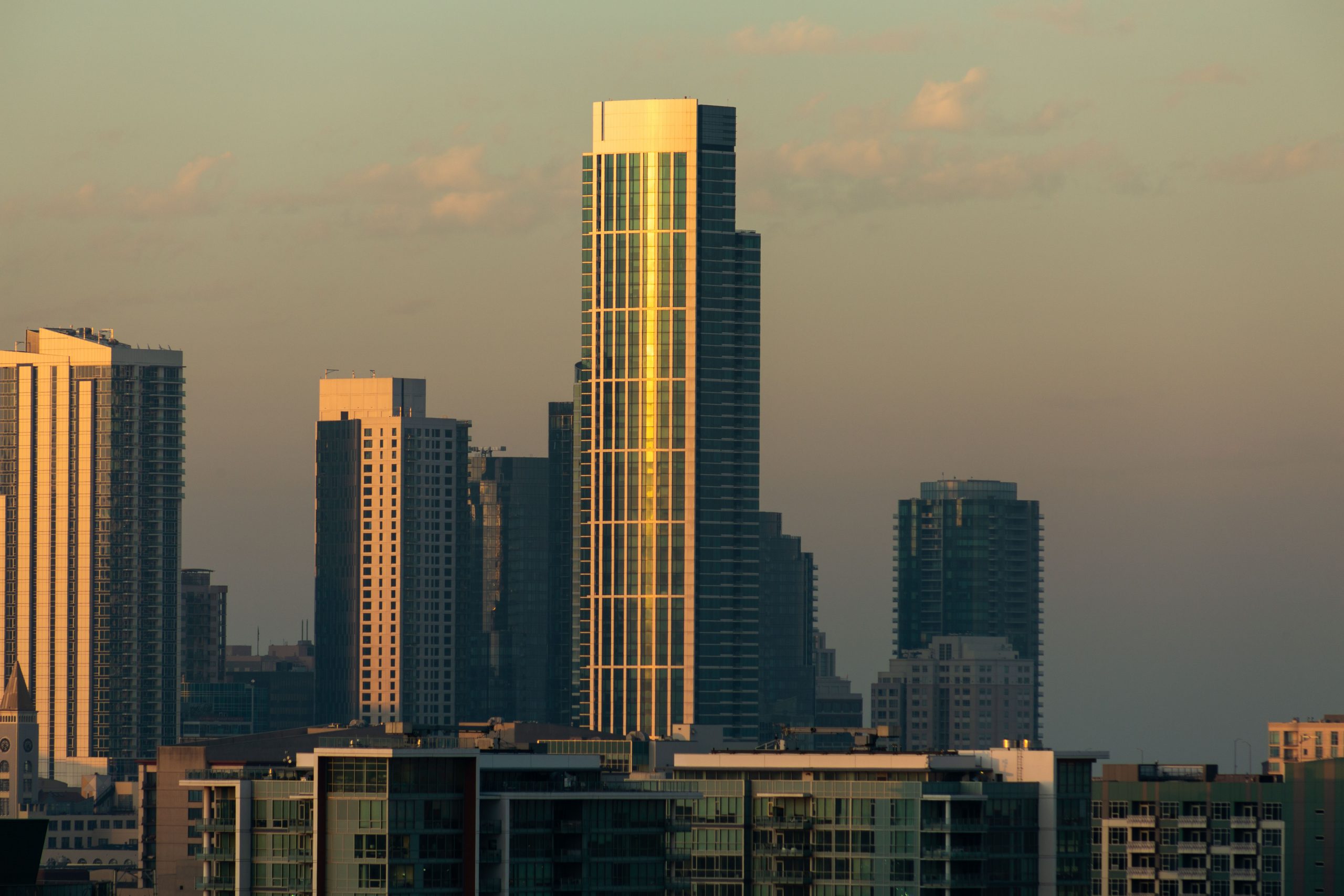 One Rincon Hill at sunset, image by Andrew Campbell Nelson 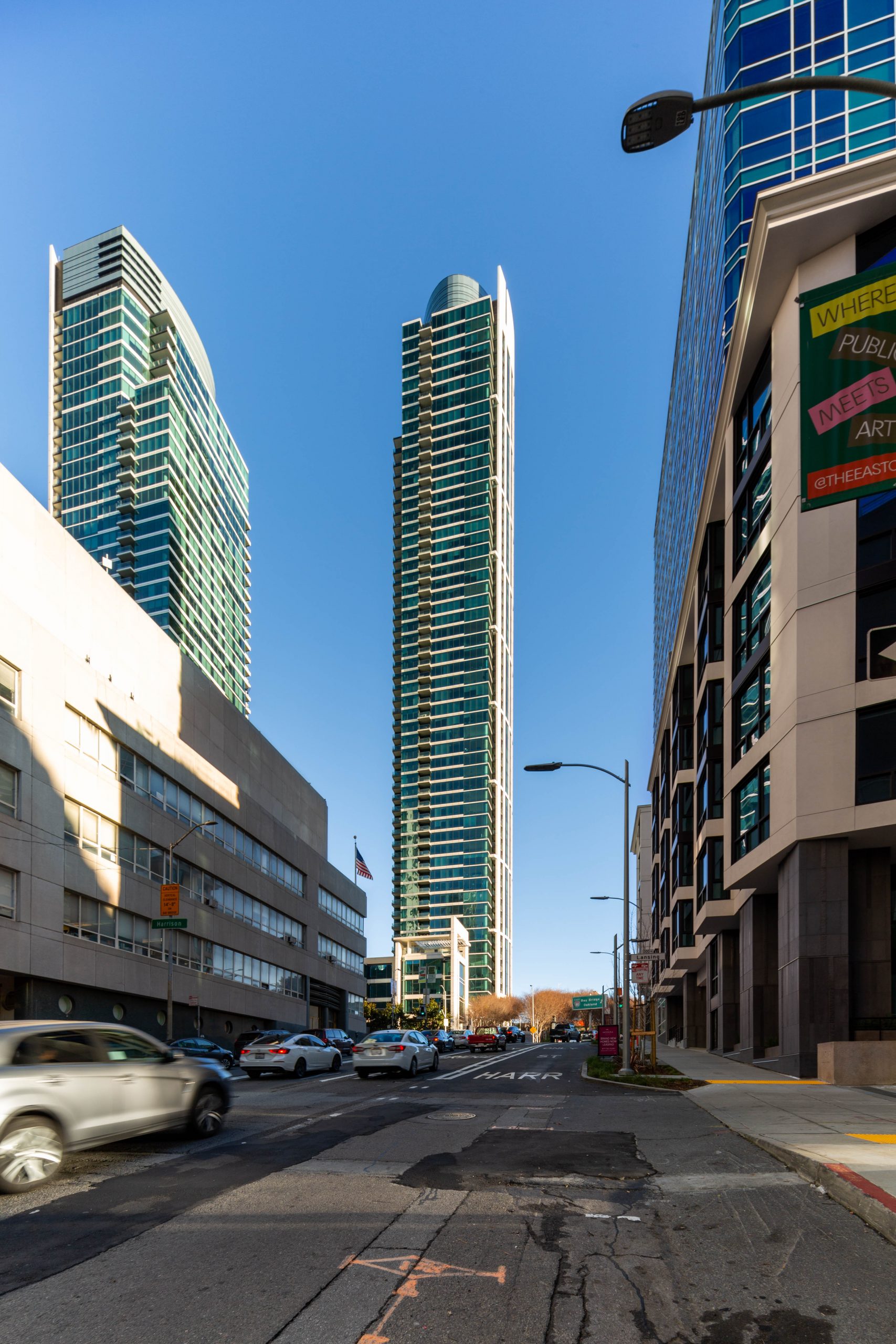 One Rincon Hill is built a hundred feet above sea level, elevating its profile in the mostly city skyline, which is closer to sea level. The prominence elevates One Rincon’s mantle as being the Bay Area’s tallest fully-residential skyscraper. 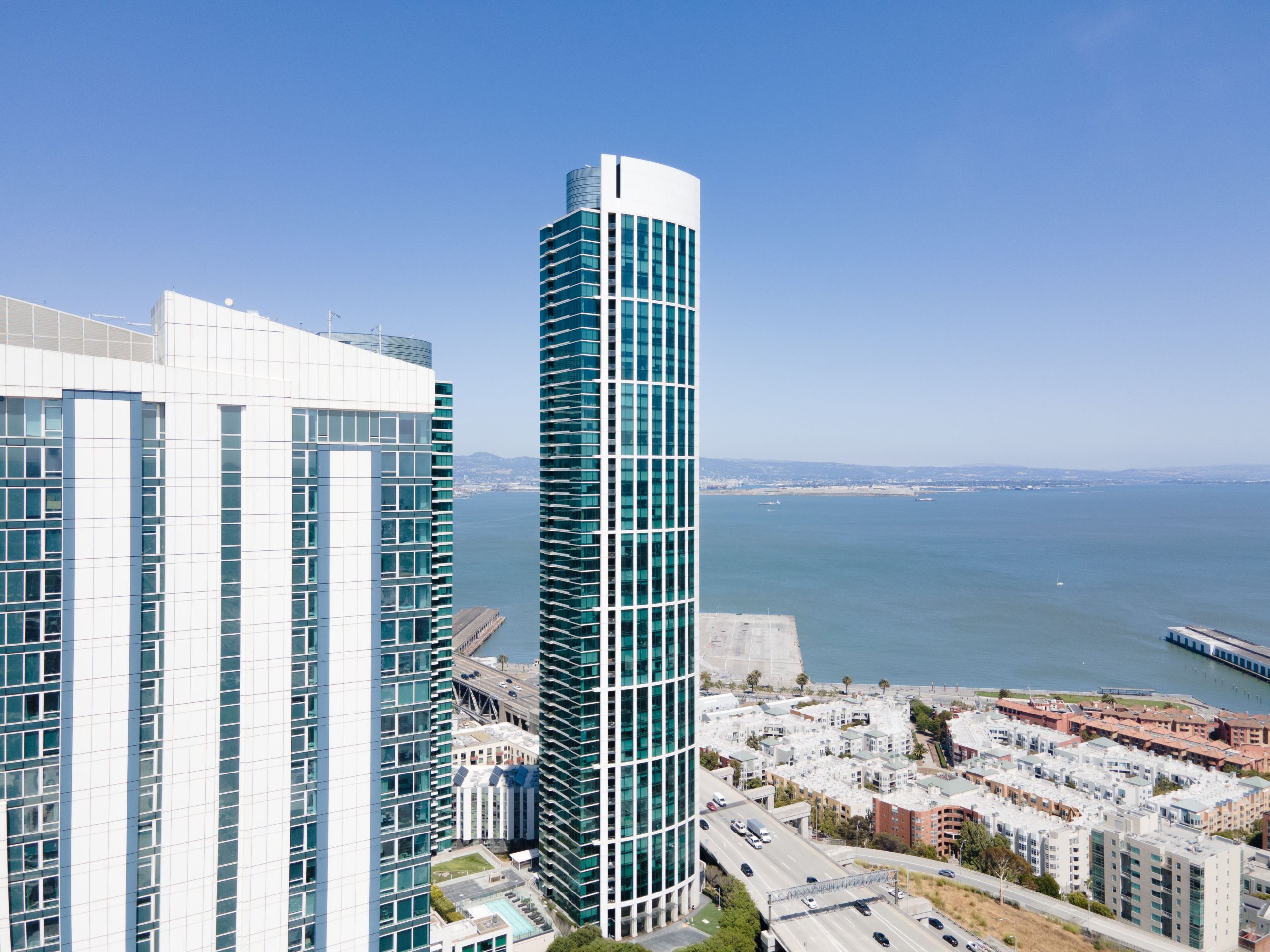 One Rincon Hill beside Jasper At 45 Lansing Street

The 641-foot structure includes four mass tuned dampers at the top of the tower, used to minimize building movement from wind or seismic activity.

Urban Pacific Development is responsible for the two-phased Rincon Hill complex, including One Rincon Hill (South Tower), The Harrison (North Tower), and associates townhomes. The project started with the south tower and townhomes in 2005, finishing in 2008. Construction would not conclude on the north tower until 2014, following the great recession. 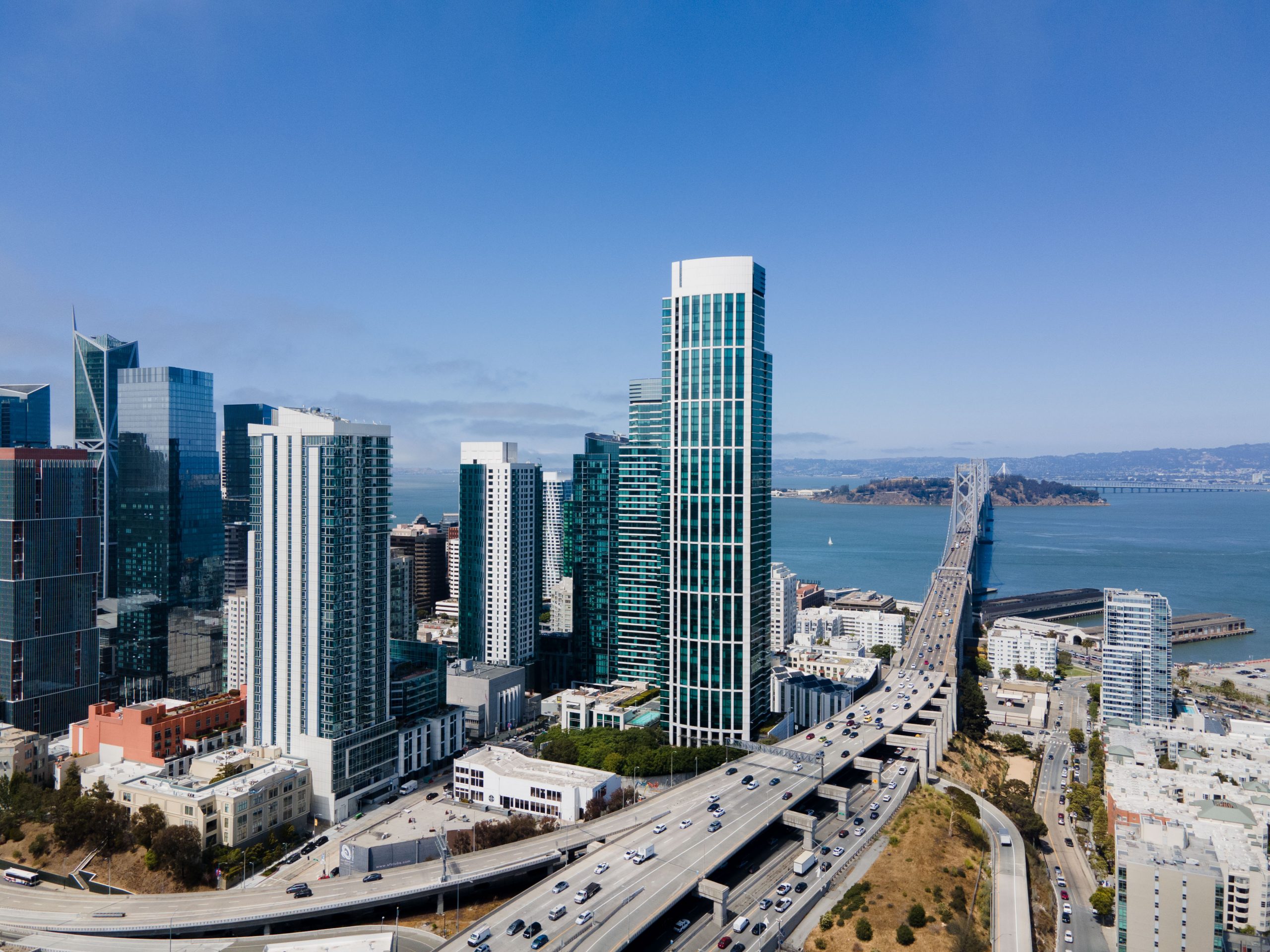 The entire development yields roughly 1.25 million square feet, adding 709 total apartments. The South Tower has 376 dwelling units, the townhomes have 14 units, and the North Tower has 319 dwelling units. Once opened, prices ranged from $500,000 to $2 million. Current listings range from just shy of a million to $2.5 million for a two-bedroom unit. 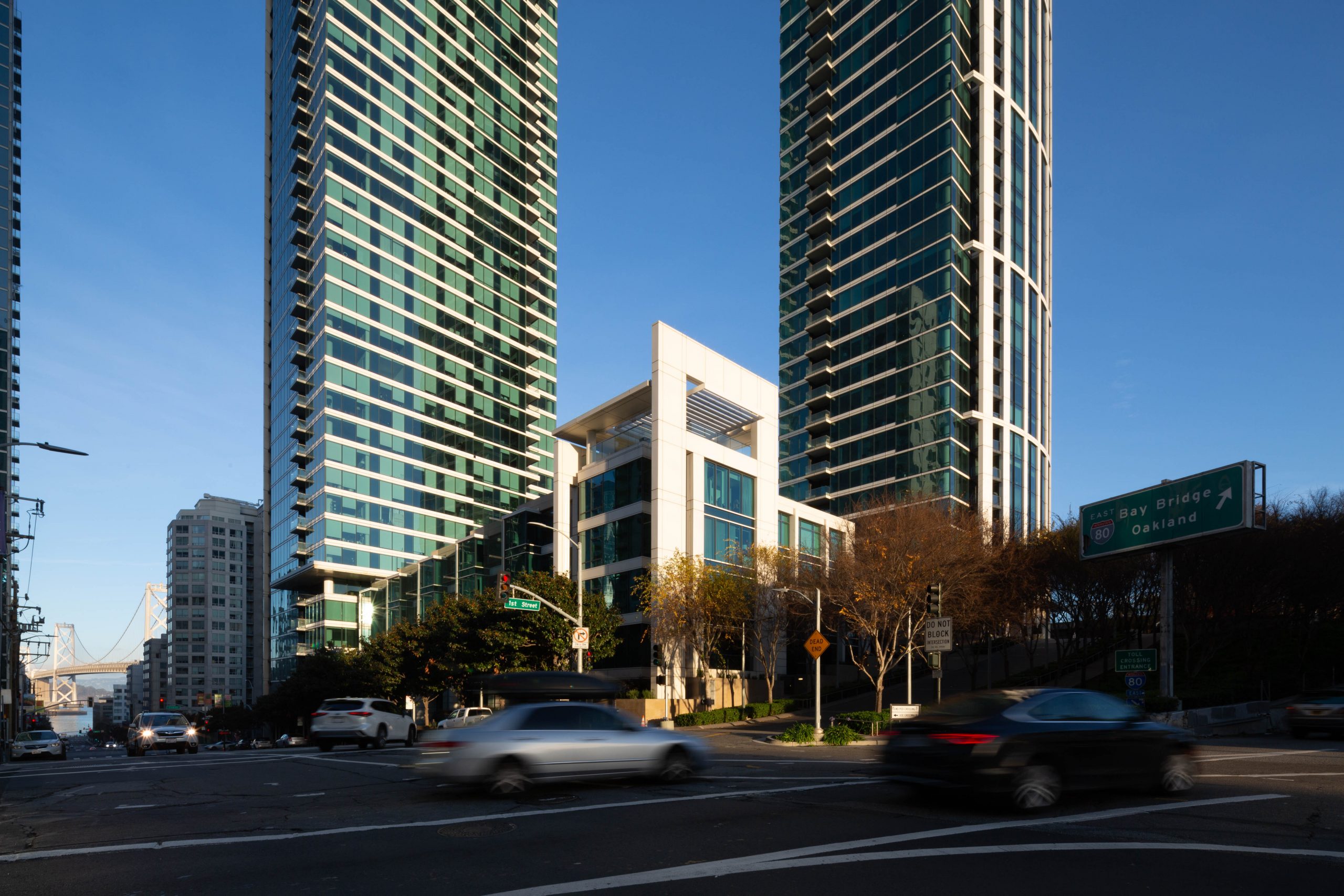 One Rincon Hill base townhomes, image by Andrew Campbell Nelson 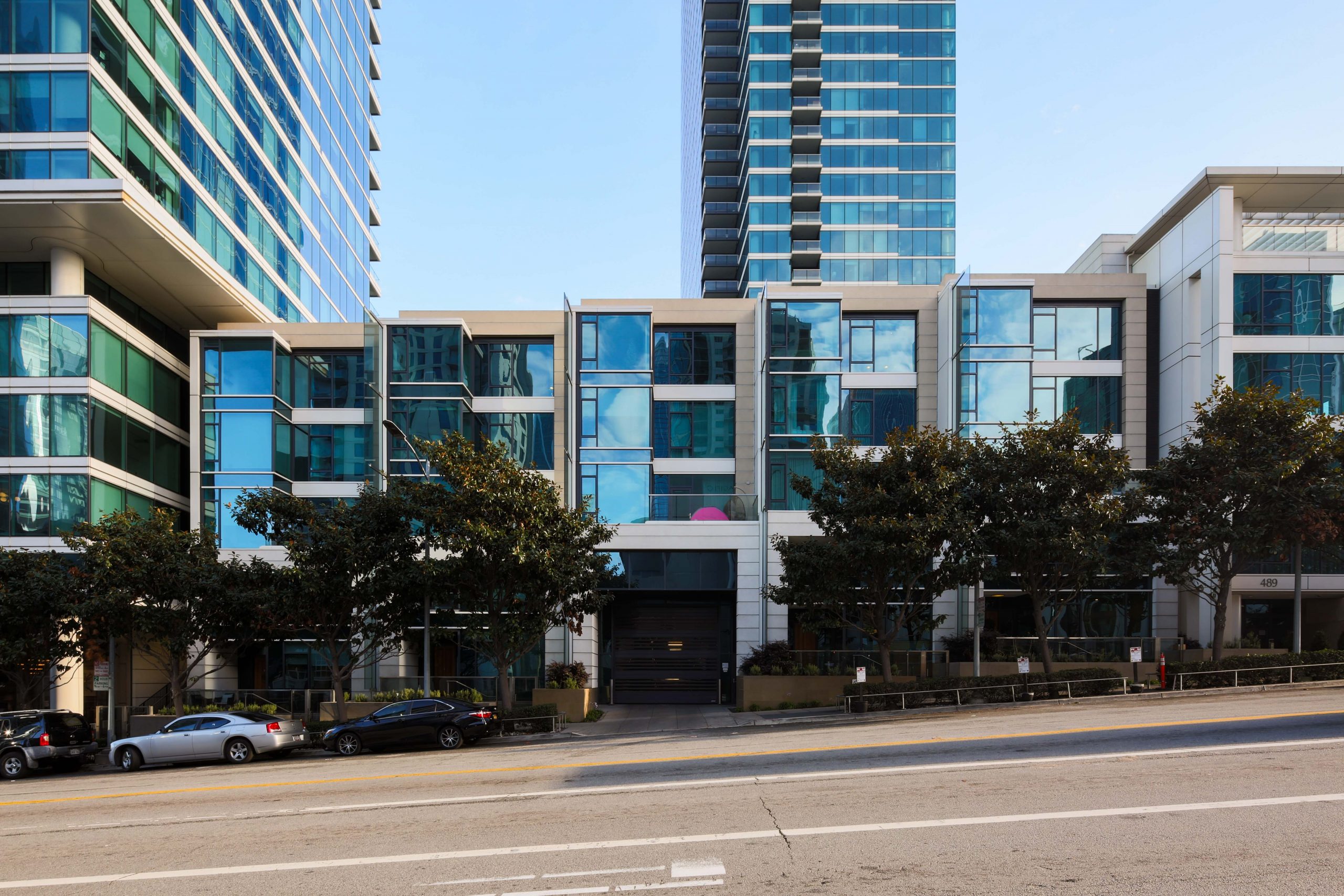 Residents have access to a range of amenities across the site. These include a 49th-floor sky lounge facing the Bay bridge, two club lounges, two fitness centers, an outdoor pool connected to lounging and barbeque pit, an on-site conference room, and valet parking. 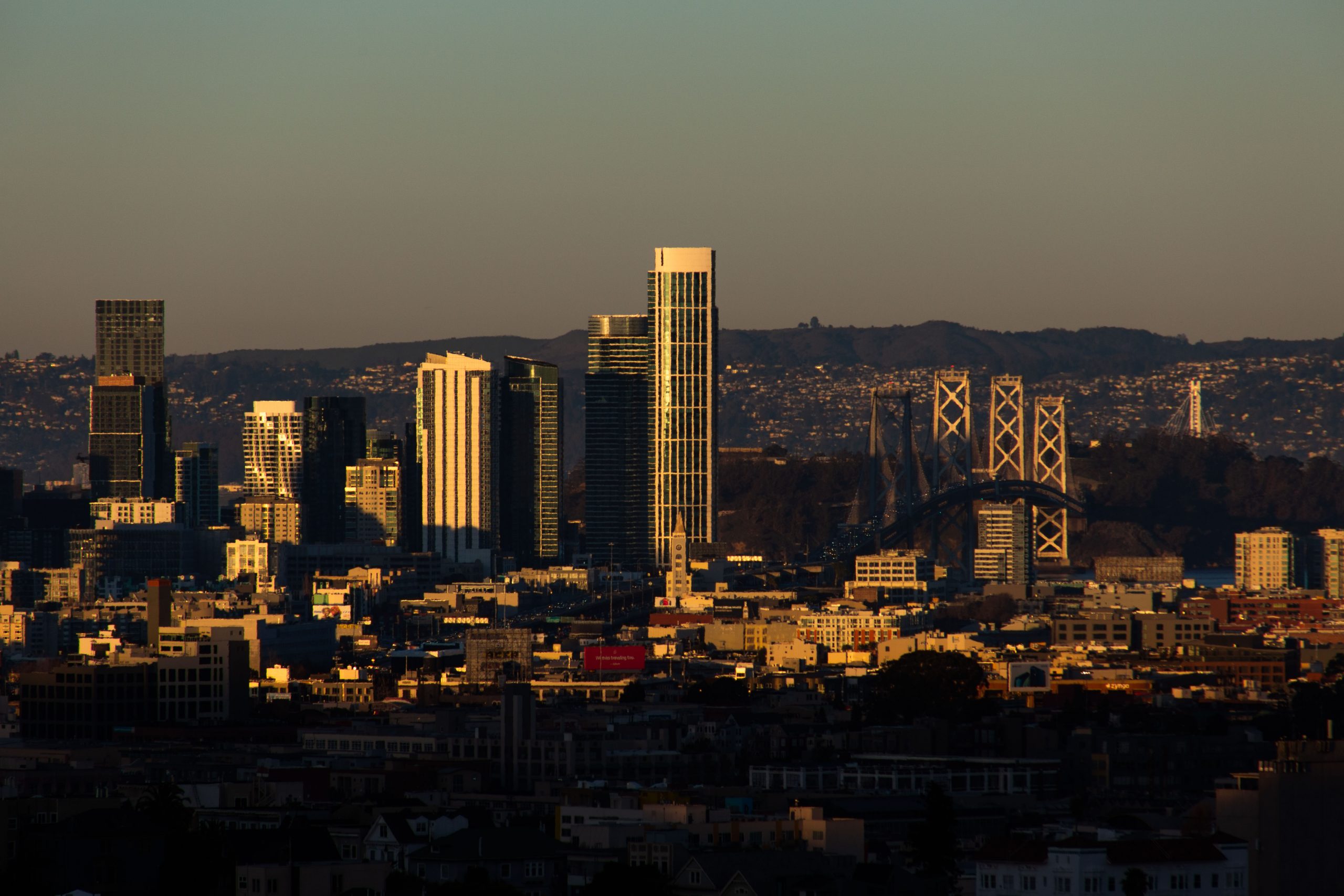 One Rincon Hill viewed from the hills, image by Andrew Campbell Nelson

The building is located at the corner of Harrison and First Street, across from Jasper at 45 Lansing Street and the first ramp into San Francisco from the Bay Bridge. Other immediate neighbors include 340 Fremont and 399 Fremont.

Be the first to comment on "Number 9: One Rincon Hill at 425 1st Street, SoMa, San Francisco"