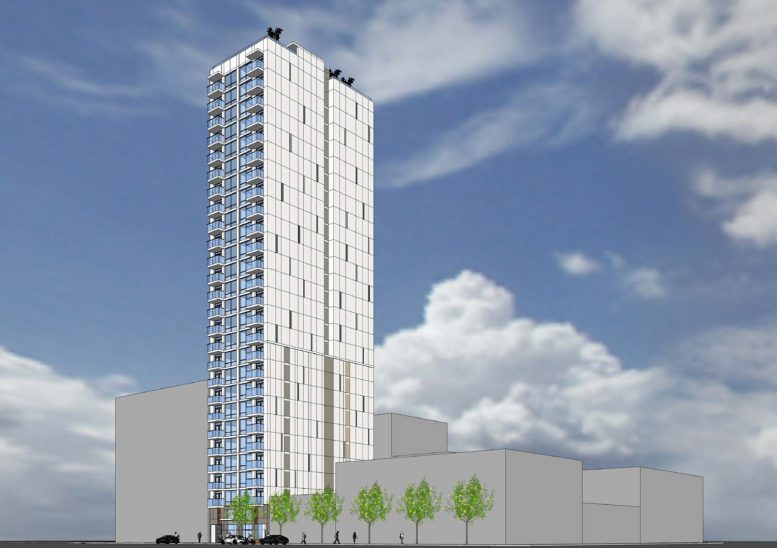 Renderings have been released for a new 26-story tower to rise at 17 East Santa Clara Street, San Jose. Eterna Tower will be located on the same block as the future Downtown San Jose Bart station, making it a future-looking project in a regional movement to build more close to mass transit. Roygbiv Real Estate Development is the developer responsible for the project.

The Eterna Tower, unrelated to the Galactic Eterna Building found in the Pokemon universe, will create over 115,500 square feet. It will rise 262 feet above street level and stretch 45.6 feet wide along the sidewalk, making it 5.8 times as tall as it is wide. Being the de facto capital city for Silicon Valley, this scale of development seems long overdue, given the concentration of wealth that exists in the region. Infill developments such as this transform underutilized space in the city center, limiting displacement while creating significantly more room for new people to enter the city. In its existing condition, the project site contains a two-story commercial lot. 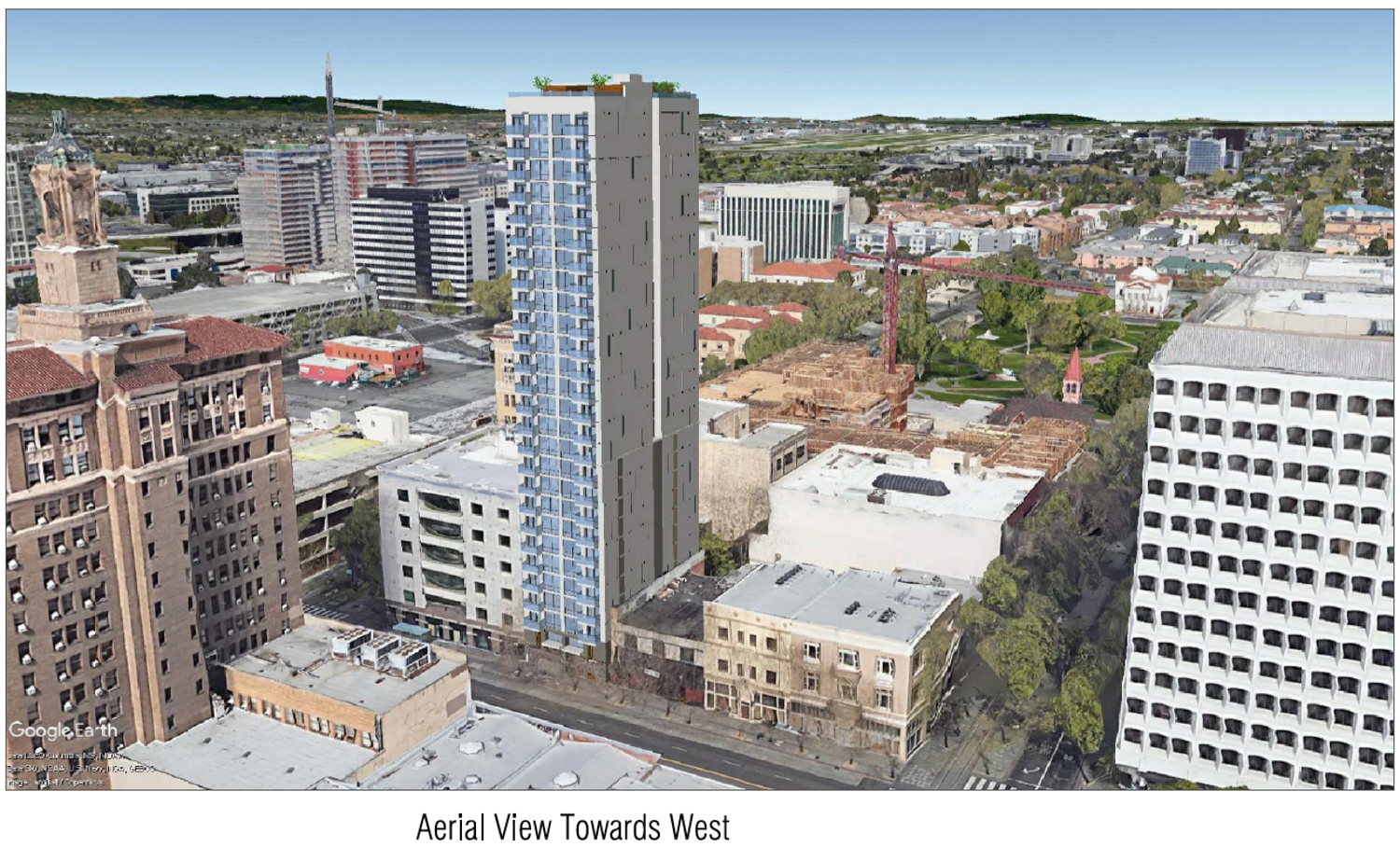 It will be among the tallest towers in the city. However, its location in downtown San Jose means its scale is unlikely to be disruptive. It will still not rise as high as the nearby project, MIRO, which stands 28 stories high.

The tower will add 96 studio apartments, ranging in size from 560 to 800 square feet. Each residential floor will contain four units, two facing north towards the bay, and two facing south toward the historic Bank of Italy building. Eterna Tower will not be required to include parking in exchange for ensuring twenty percent of units will be below market price. The proposed bicycle storage room on-site has a capacity for 32 bikes, eight spaces more than regulation requires. Residents will also benefit from balconies over forty square feet large in every unit, and access to a sky deck on the structure’s roof. 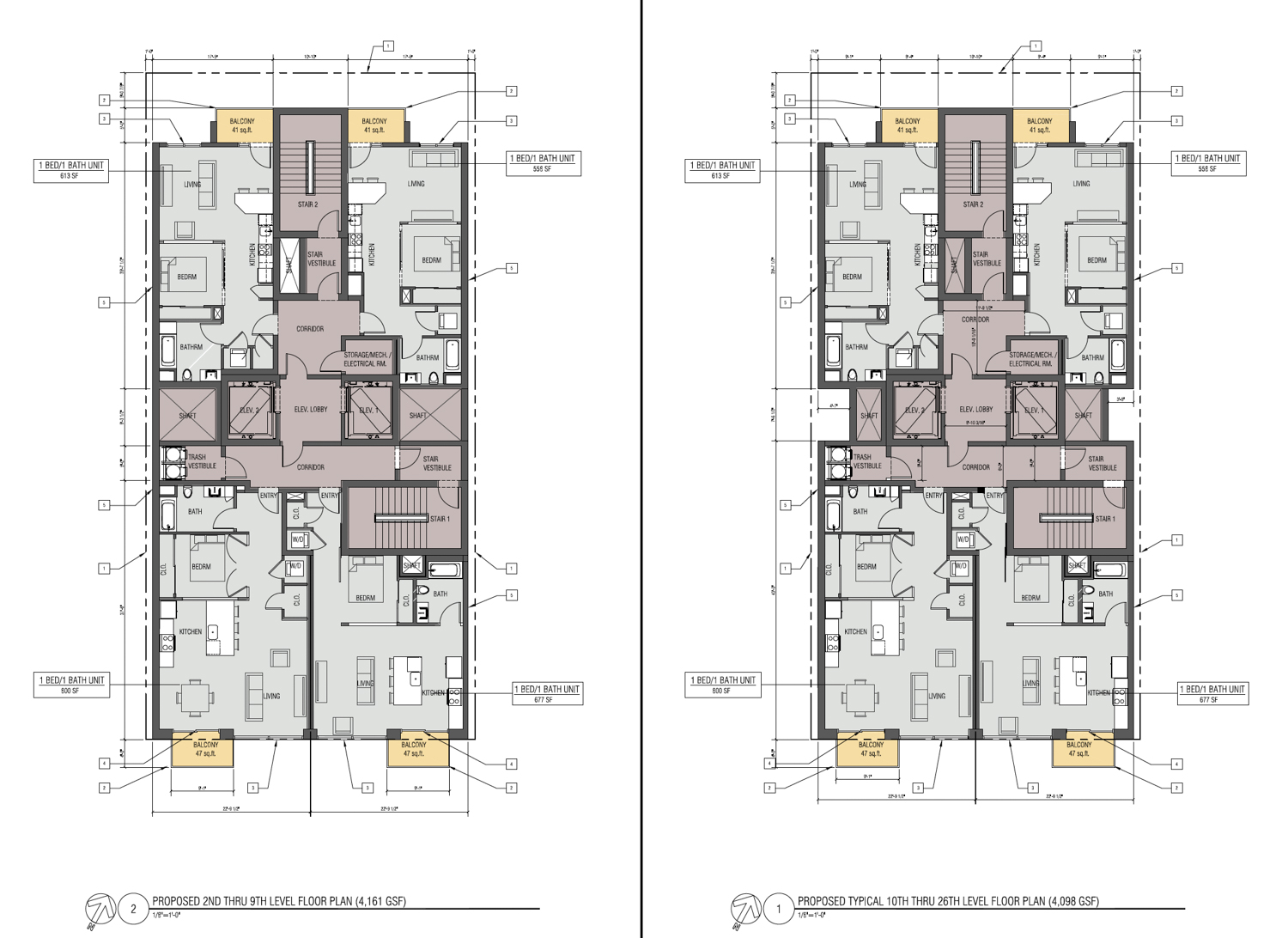 Anderson Architects Inc. are responsible for the design. Their proposal includes a fiber cement cladding designed to break up the flat sides and have significantly more character than the traditional high rise infill. This attention to design is a response to how visible the project will be in the city’s profile. The architect, Kurt Anderson, has expressed that he intends for the building to be an exemplary addition for the skyline. 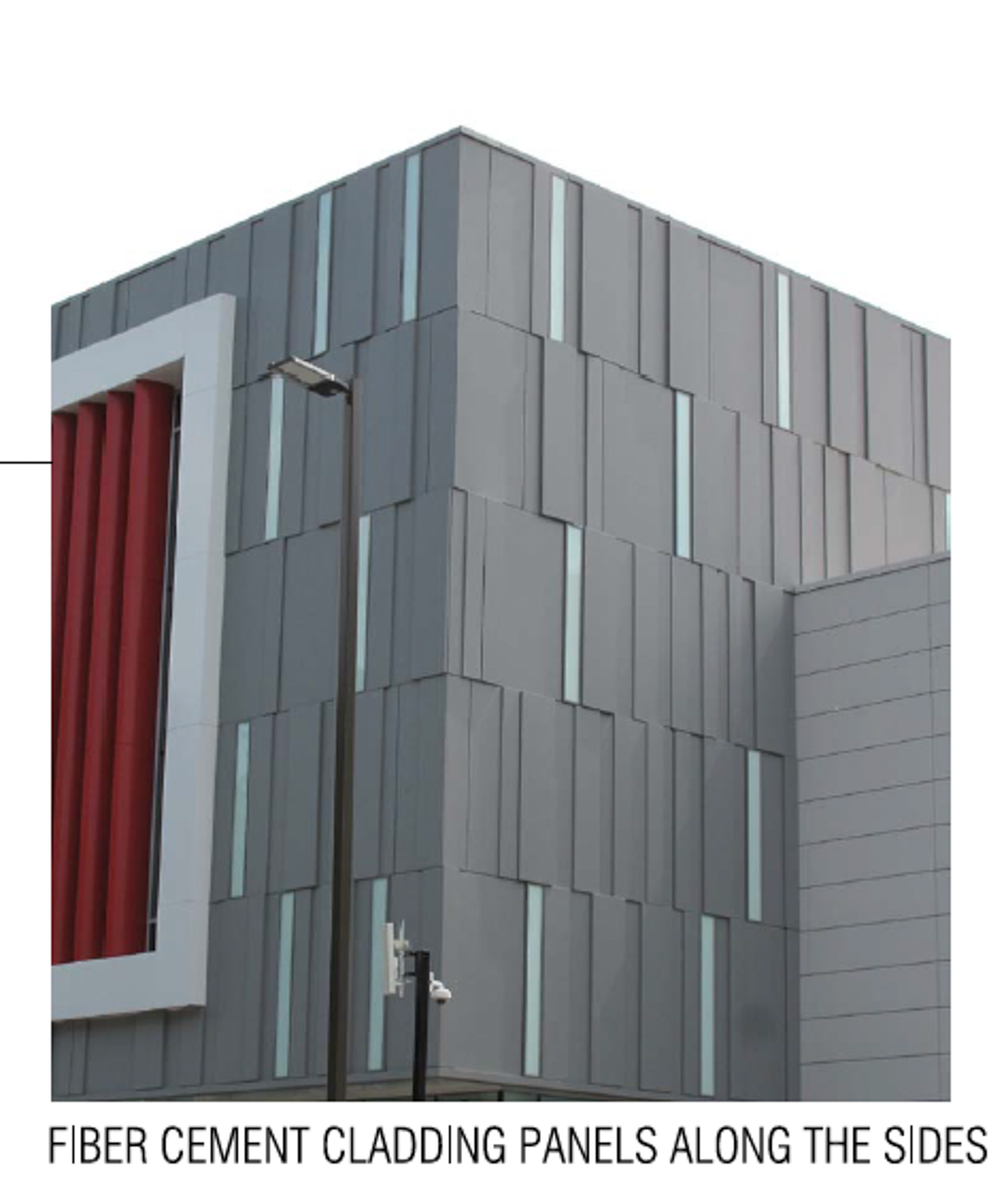 As mentioned in the first paragraph, Eterna Tower will be direct across the street from the future Downtown San Jose Station, an underground BART stop expected to open by 2029. As well, the project is less than a mile away from the existing San Jose Diridon Station, a central transit point for regional buses and the beloved Amtrak Caltrain. 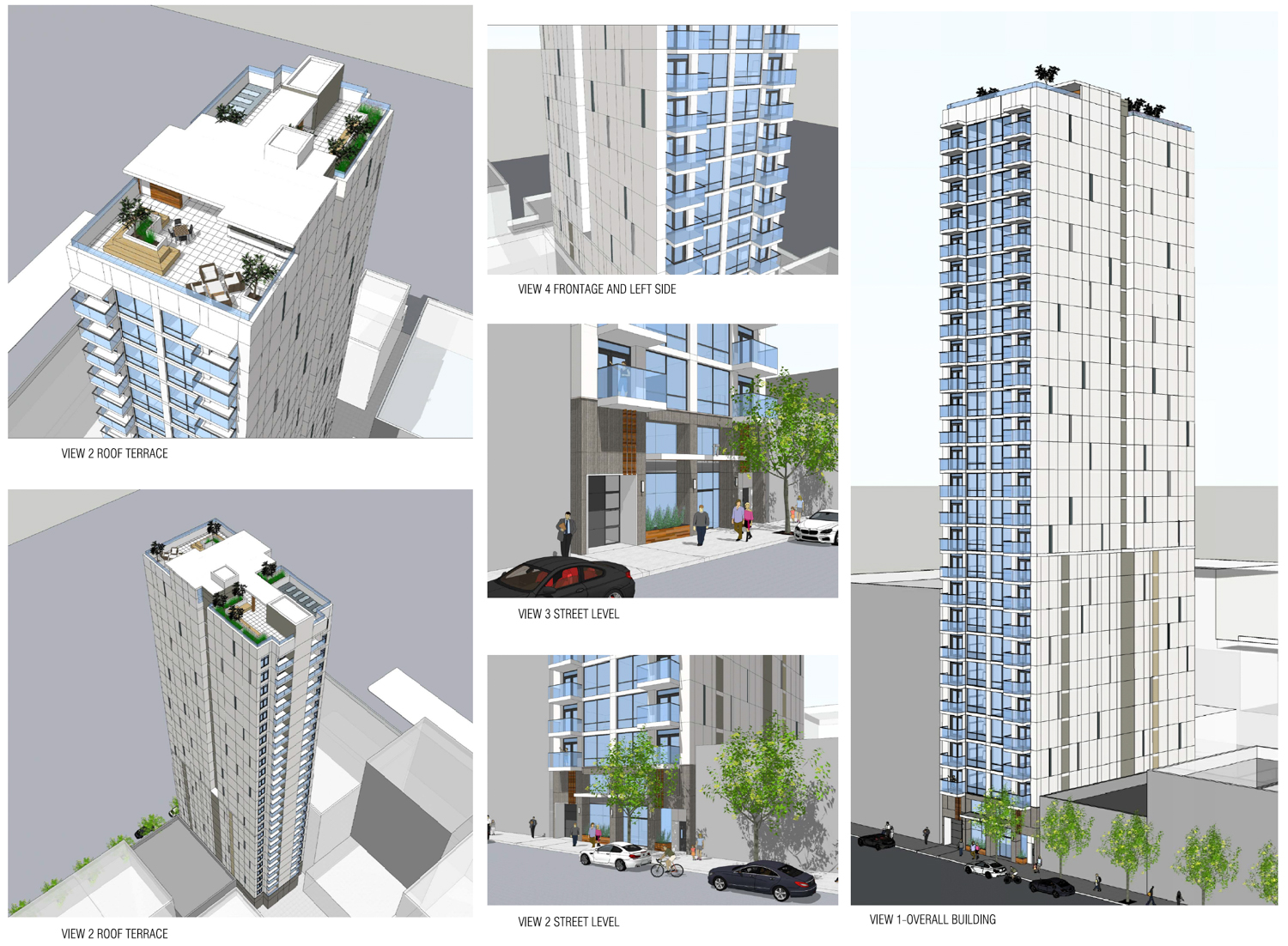 The project still needs approval from the San Jose City Planning Division to move forward. While this could have taken the city years to approve in the recent past, the state government’s new housing requirements will apply significant pressure on the city to allow it as it stands.

YIMBY has an exclusive reveal regarding an Environ

Looking at the Empire State Building and Kohn Pede

The concrete facade and grid of square windows on

Looking north from One World Observatory at 220 Ce

Construction continues to move toward completion a