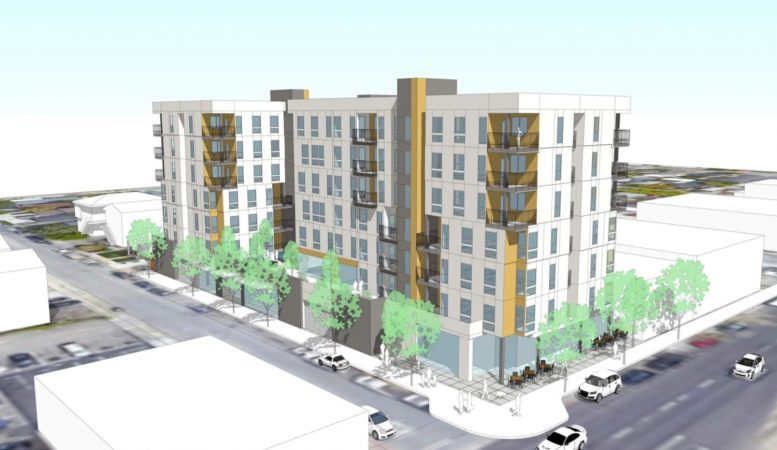 Renderings have been released for a proposed seven-story affordable housing development at 1921 West San Carlos Street, Burbank, San Jose. PATH Ventures are responsible for the development, with concept drawings by Dahlin. The development still needs city approval to move forward.

If approved, the development will add retail and 94 units to the major thoroughfare, intersecting with Cleveland Avenue. For reference, it would take three to four blocks full of single-family dwellings to match that number of units. These apartments are designated affordable housing, with specific unit prices mixed for different income levels. Amenities will include a community room, computer lab, and a support services office. 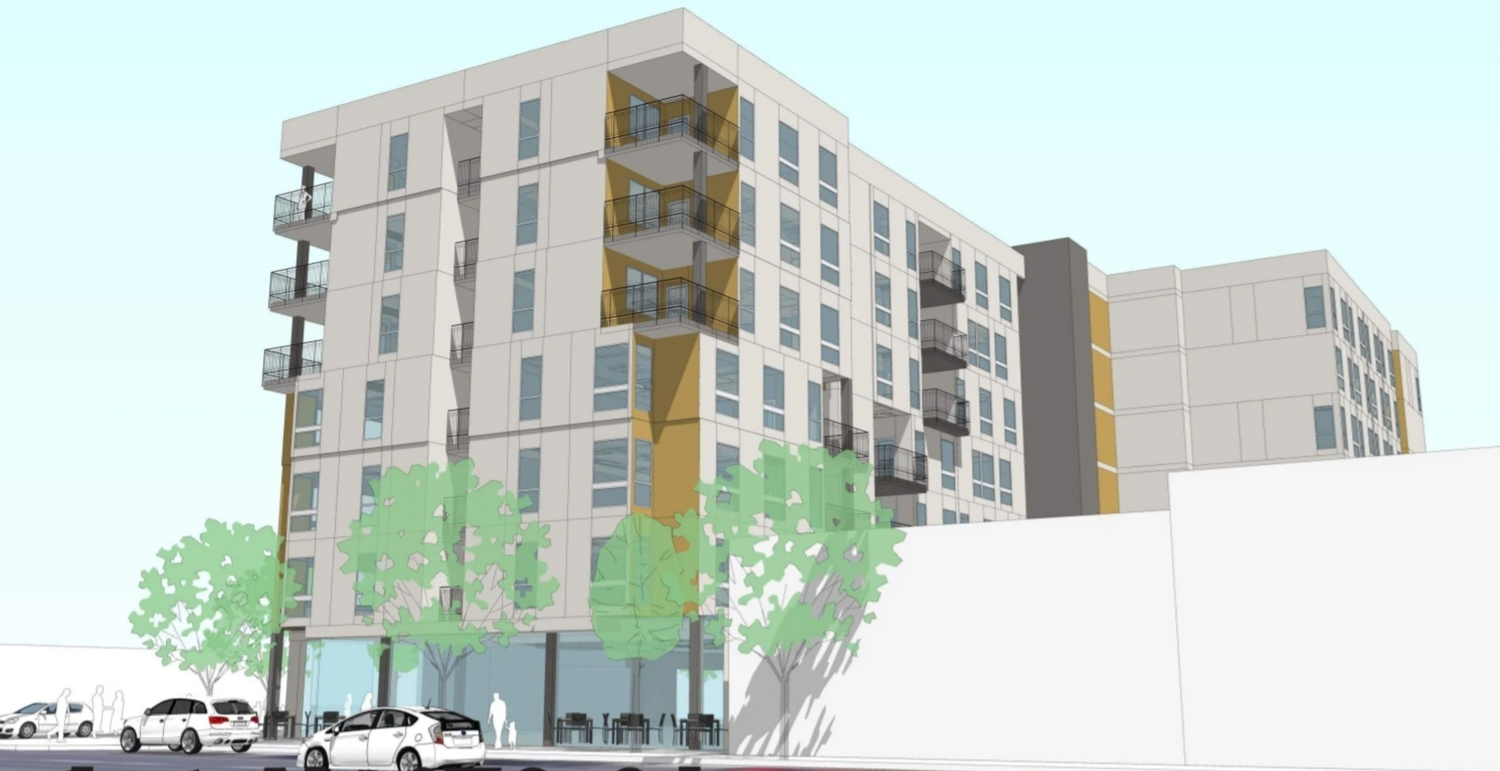 It will be replacing a site currently occupied by single-story commercial buildings. PATH Ventures has also suggested that they could also aim to provide permanent supportive housing for the homeless, which, rather logically, is the best solution to reduce homelessness.

PATH Ventures has filed this proposal for the city’s planning department. As described, the project was intentionally vague, with the final programming decisions ultimately left to City Hall. 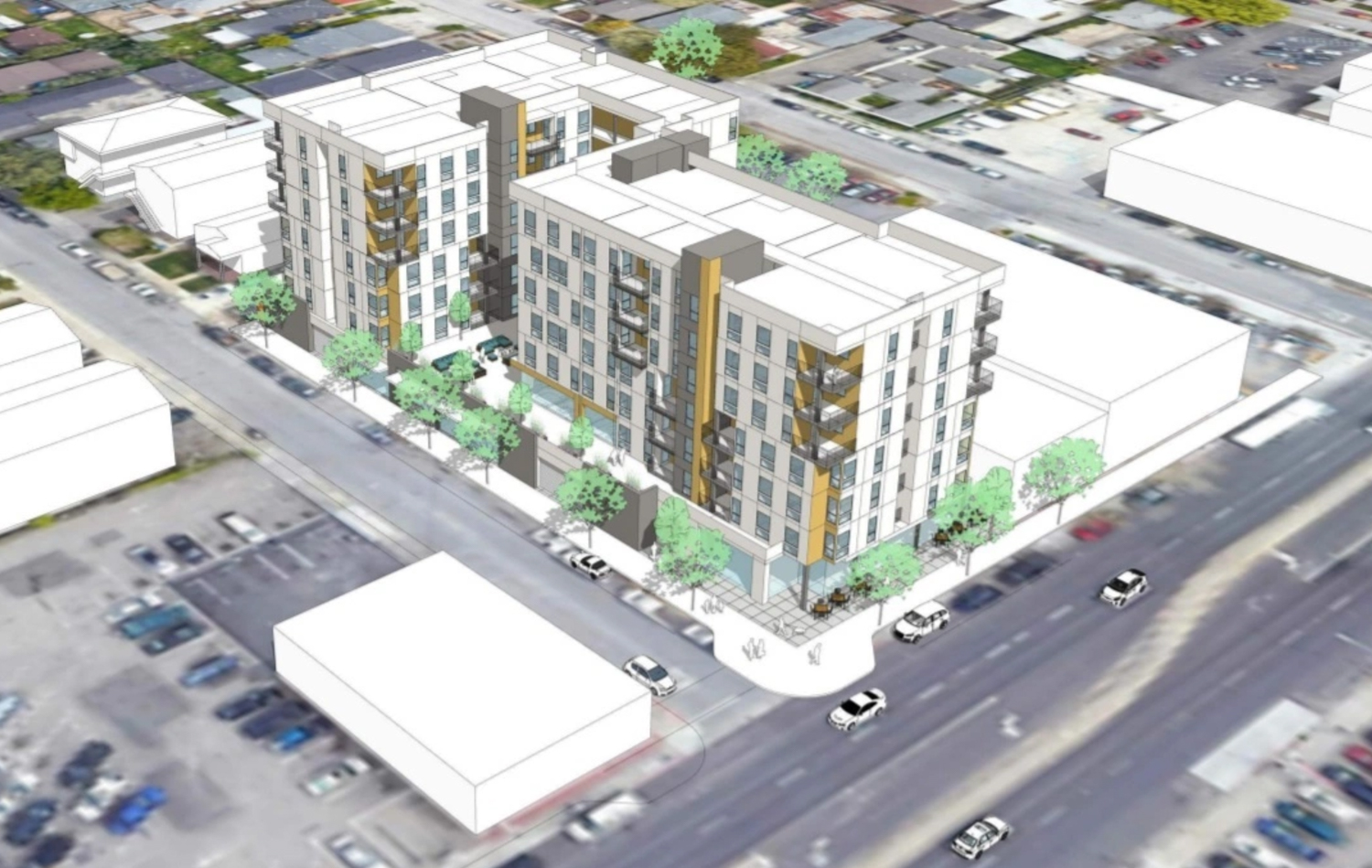 The property is currently listed as being in an urban village district. Urban Village is the moniker the city uses to describe urbanization efforts. In terms of transit, the site is well suited. The VTA’s 23 bus stops right by 1921 West San Carlos, taking riders from Cupertino through Downtown San Jose to the Alum Rock bus station. The 23 has a stop just a few blocks from San Jose Diridon BART & Caltrain station, and another by the future Downtown San Jose BART stop.

The GD Commercial real estate firm is representing the current property owner. The project’s timeline for development is still uncertain.