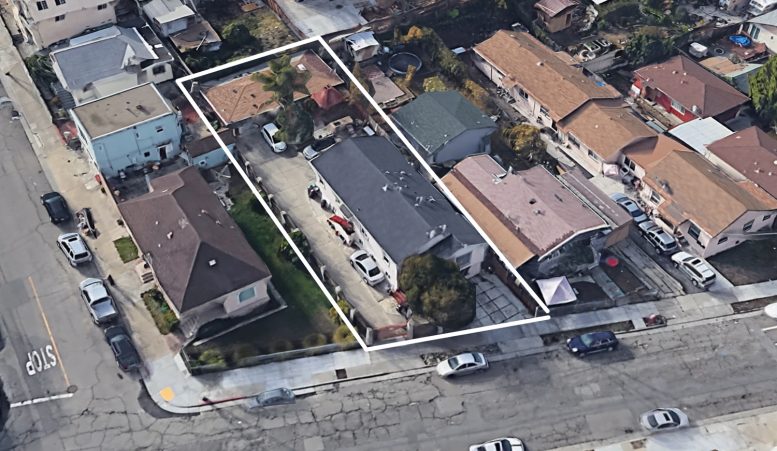 Permits have been filed for a new residential structure at 4635 Congress Avenue in the Oakland neighborhood of Fremont. The development will project will build around an existing two-story single-family dwelling to create a two-story three-unit apartment building. Across the 2,380 square feet, seven bedrooms will be created in sum.

The project is expected to cost $492,000 and will involve the demolition of an existing garage. Private individuals own the site. 3E Design will be responsible for the new project’s architecture. 3E Design is a local firm working across the Bay Area on projects similar to this scale. Demolition permits have already been filed.

The 14 bus is one block away, giving a fifteen-minute commute to the Fruitvale BART station. Nearer to it is the International Boulevard commercial thoroughfare, with various restaurants and other retail shops.

Be the first to comment on "Permits Filed for 4635 Congress Avenue, Fremont, Oakland"