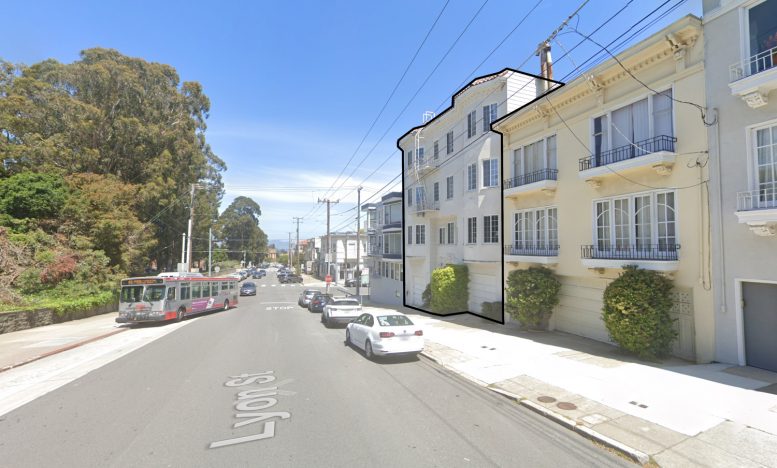 Permits have been filed for six new additional dwelling units at 2844 Lyon Street, located opposite the Presidio of San Francisco in the Marina District. The fifty percent increase will be realized by converting existing storage and garage space within the building. Ballast Investments are listed as responsible for the development through CPI.B SF Venture LLC.

Halyard Build is responsible for the architecture and building of the six ADU’s. Construction will produce eight new bathrooms, six new washers and dryers, and repairs and improvements on existing systems.

The address is right by the city’s famed Presidio of San Francisco district, closest to the Presidio Social Club and some cafes. The Palace of Fine Arts is less than a ten-minute walk away, with the Crissy Field beach just five minutes from the park. The immediate area is serviced by the SFMTA bus line 45.

An estimated completion date has not been announced. The building last sold in 2018 for $7 million.

Be the first to comment on "Permits Filed for 2844 Lyon Street, Marina District, San Francisco"