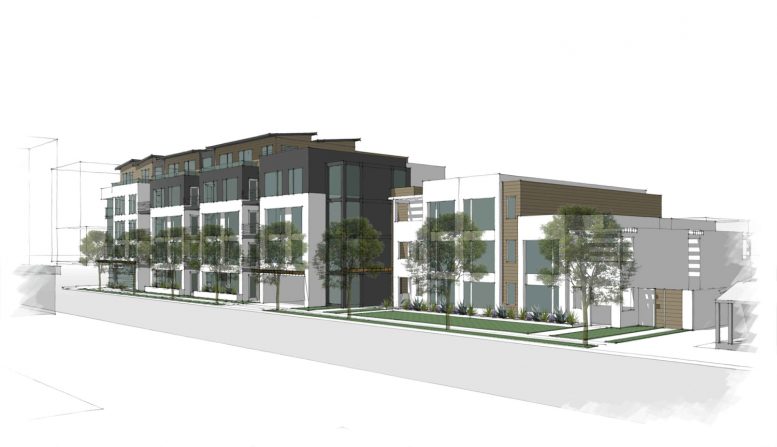 Permits have been filed for a new 119-unit mixed-use building at 2951 El Camino Real in Palo Alto, Santa Clara County. The five-story structure will offer 5,000 square feet of office space and 1,000 square feet for ground-floor retail. Twenty-three of the units will be sold as affordable housing. Acclaim Companies will be responsible for the development. 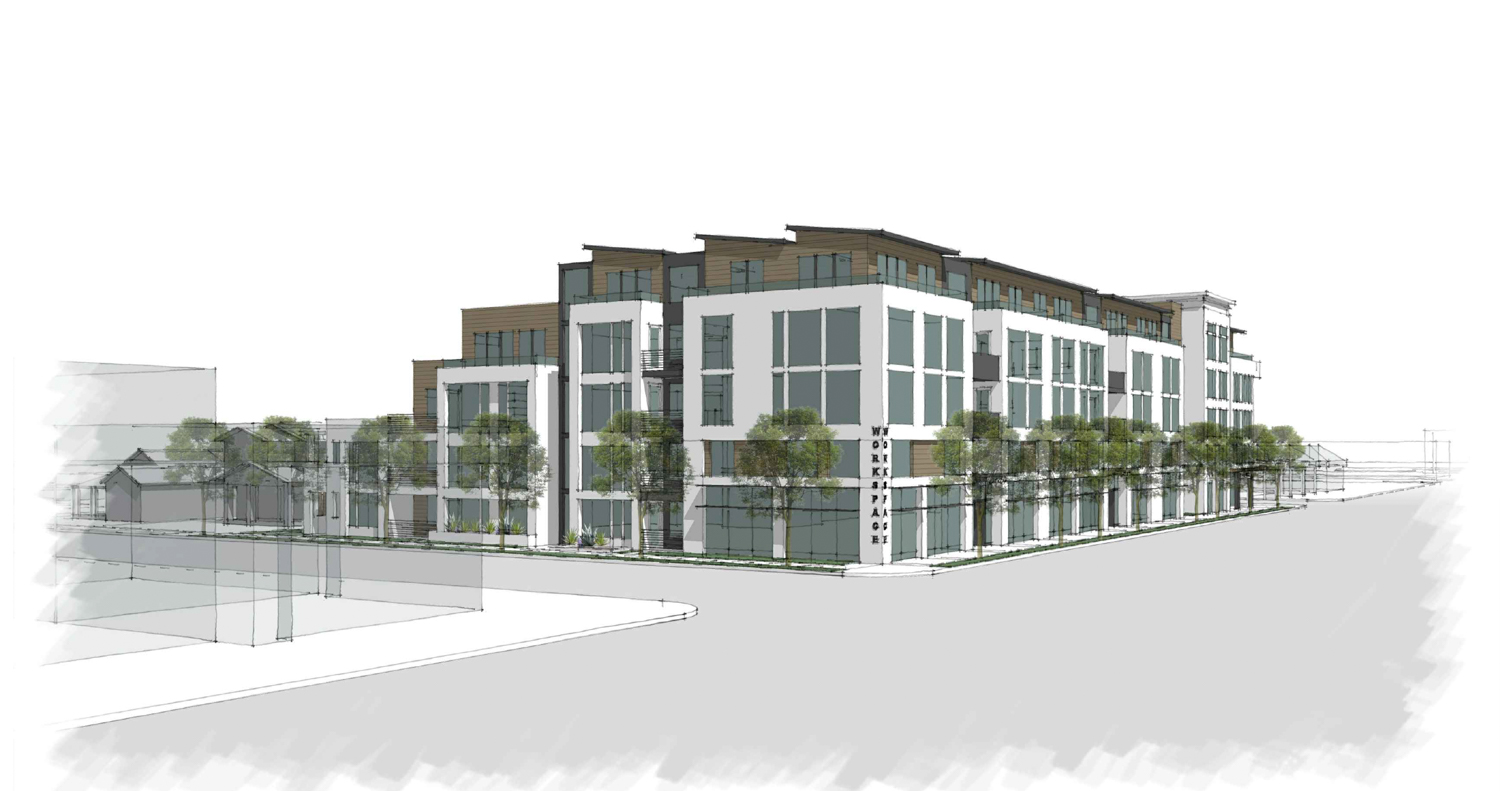 The 54-foot structure will cover 63% of the lot, yield 122,250 square feet and 13,290 square feet of shared space, including the landscaped courtyard. Of the 119 units, 21% will be studios, 57% will be one-bedroom, and 21% will be two-bedroom units. Over 3,700 square feet of balconies will be included, divided across several units. The basement level will be used to provide 163 parking spaces.

San Francisco-based Sherry L Scott Architects will be responsible for the design. A contemporary white facade is used to divide the block-wide structure into five different masses along El Camino Real, improving the pedestrian experience. The wood-clad top level will be set back several feet, affording space for private balconies. Meanwhile, the structure’s back will be a long slope, with setbacks down to the second level. This provides an aesthetic transition between the new building and the surrounding single-family zoning. 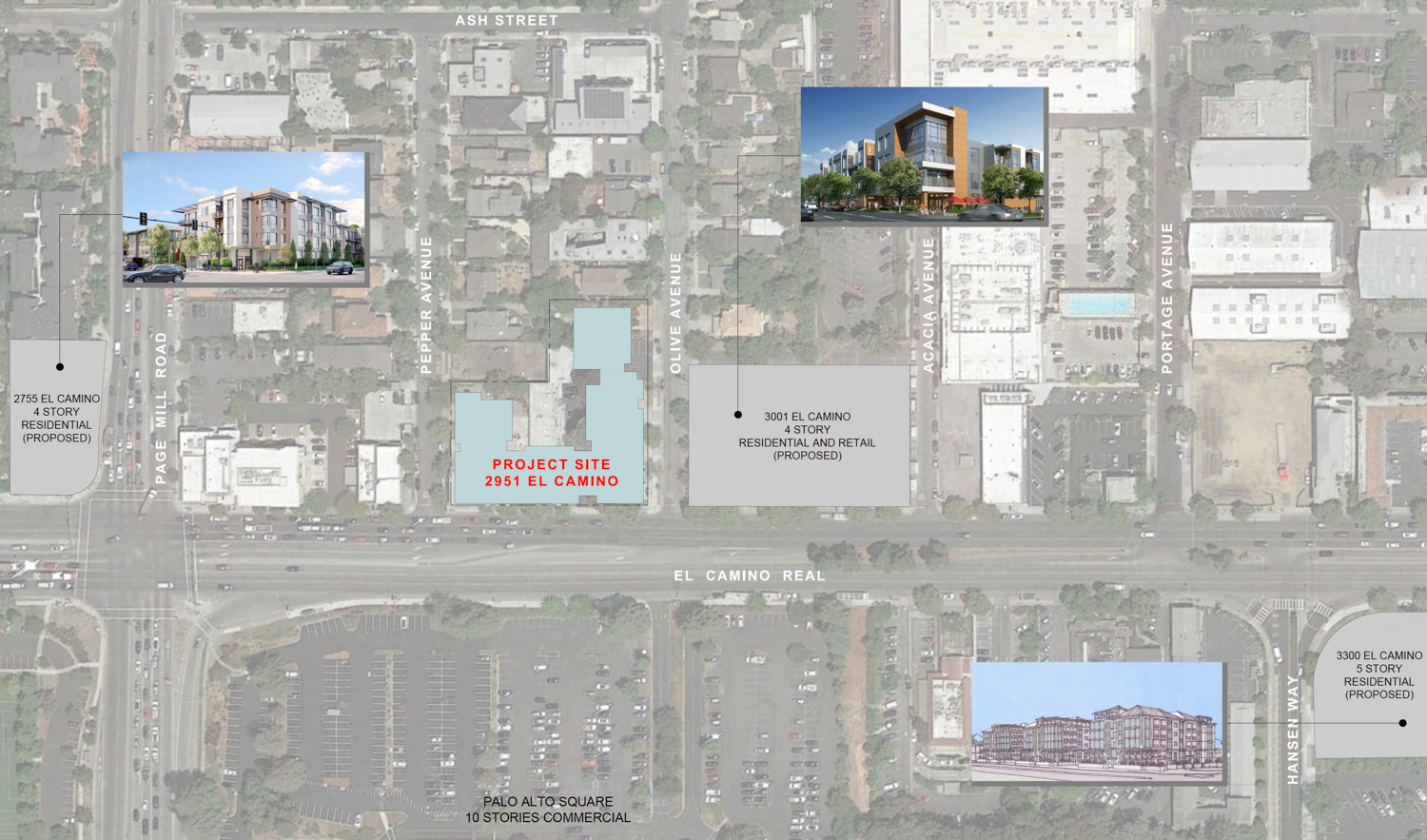 Three other multi-family developments are expected to rise in the area, including the previously covered 57-unit 2755 El Camino, 44-unit 3001 El Camino, and 187-unit 3300 El Camino. 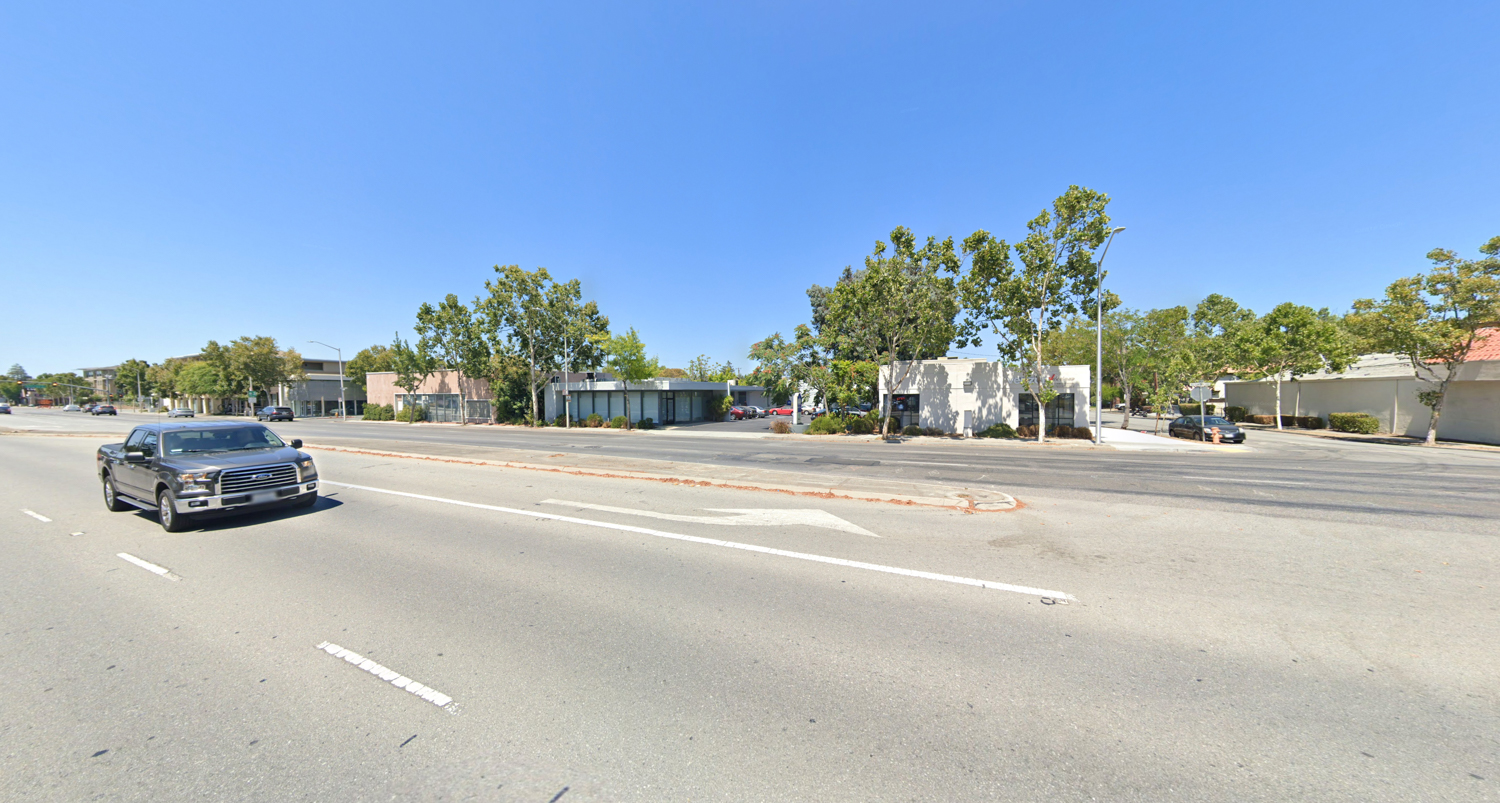 The development will require the demolition of four existing low-rise commercial structures. The address is four blocks away from the Caltrain California Avenue station. Also, nearby, the Stanford University campus can be reached in twenty minutes by foot. 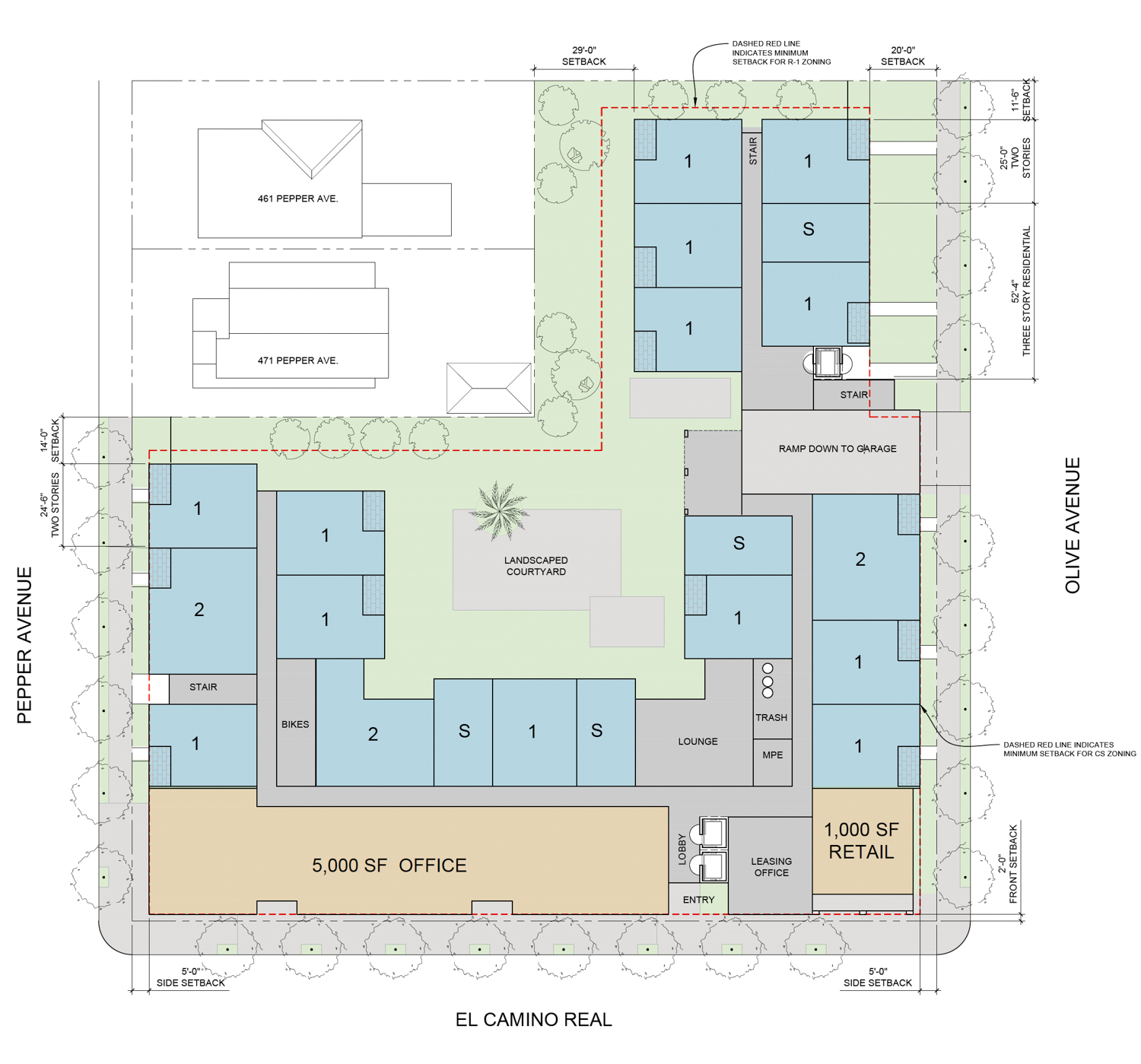 The property is owned by Stanford professor and area resident Jessica Rose Agramonte. An estimated completion date has not been announced.