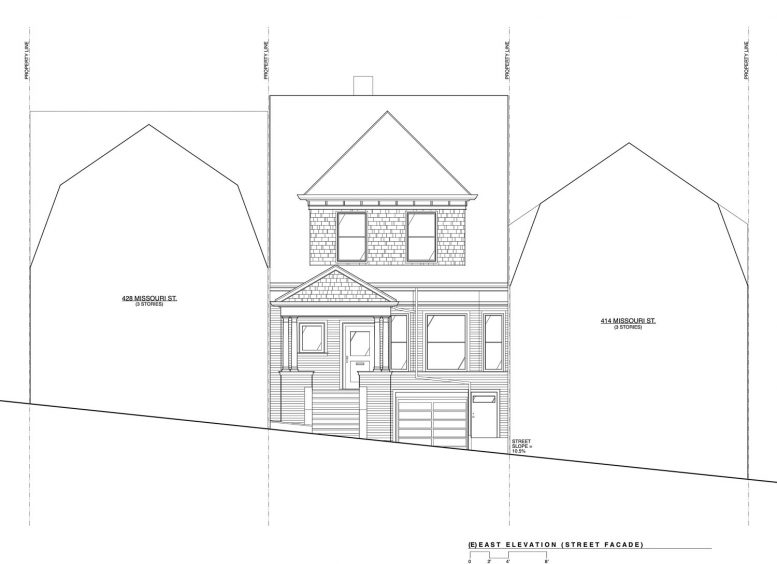 Planning permits have been filed for a three-story addition to a single-family dwelling at 422 Missouri Street in the Potrero Hill neighborhood of San Francisco. The project will expand the project from having 1,693 square feet to 2,331 square feet. Apparatus Architecture will be responsible for design and engineering. 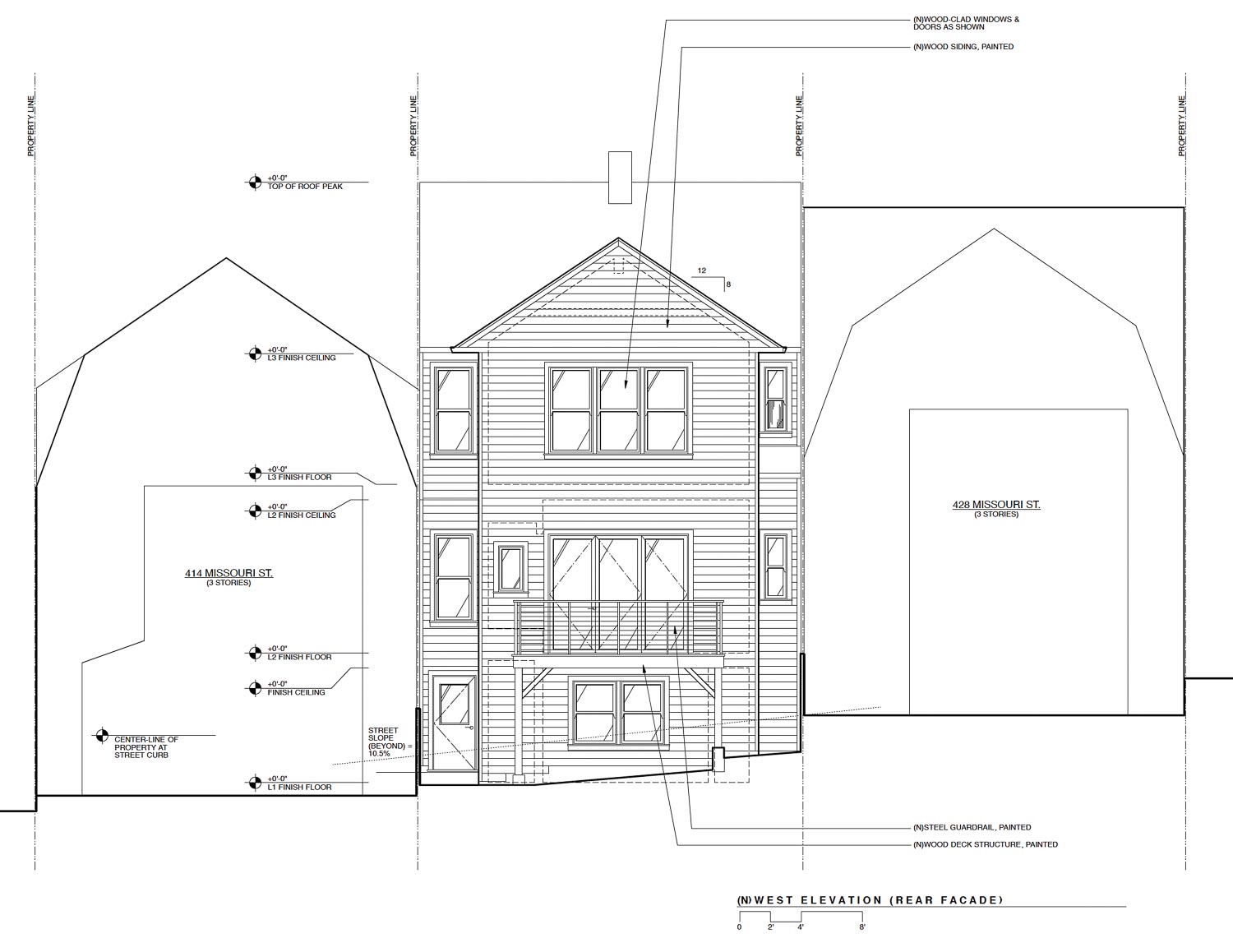 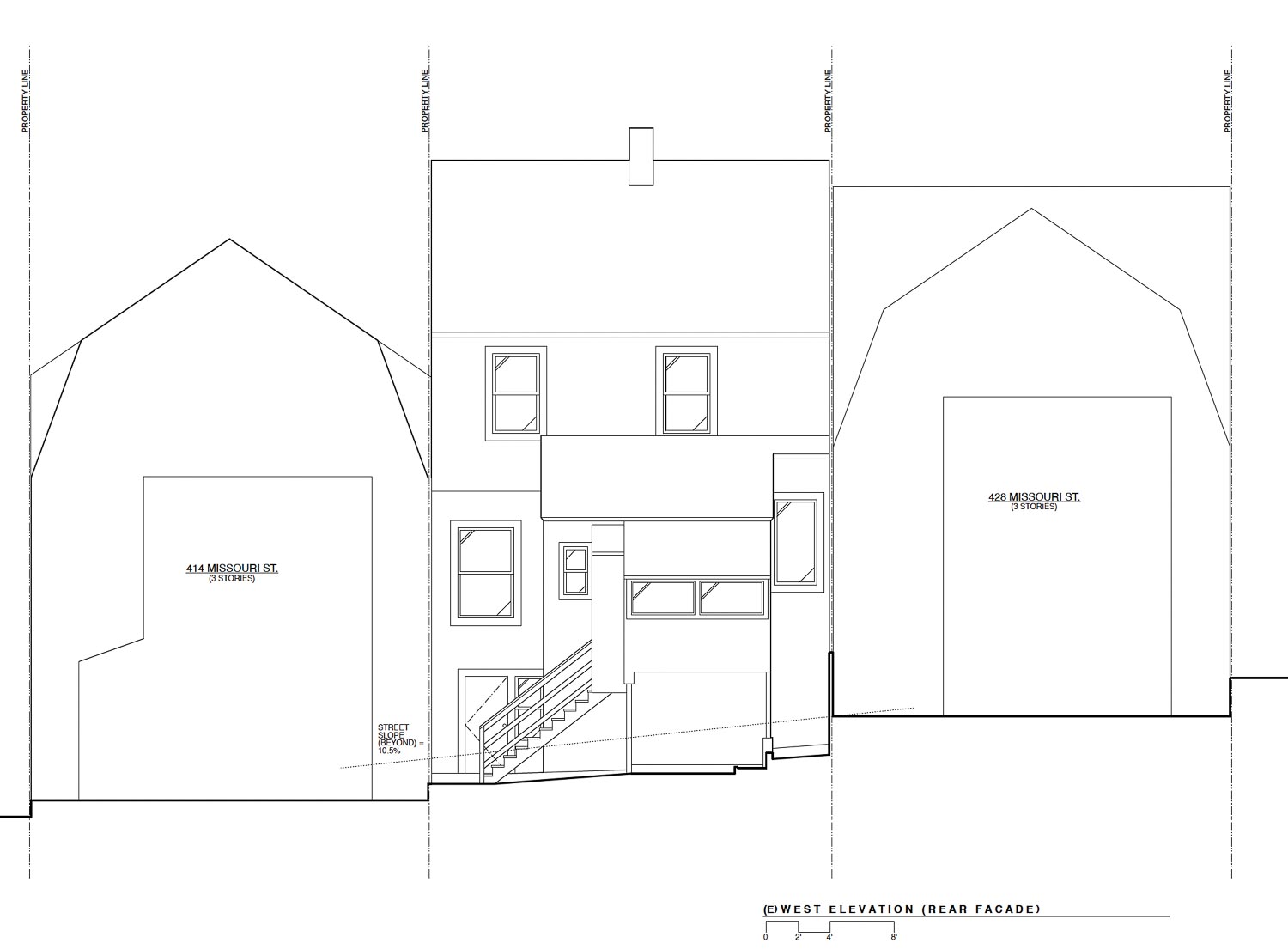 The project requires interior remodeling and replacement of existing windows with similar wood. The front facade will not be visibly altered. The structure was built in 1904, just before the great earthquake. The lot sold in 2018 for $2.1 million, roughly identical to how the city assessors’ valuation. 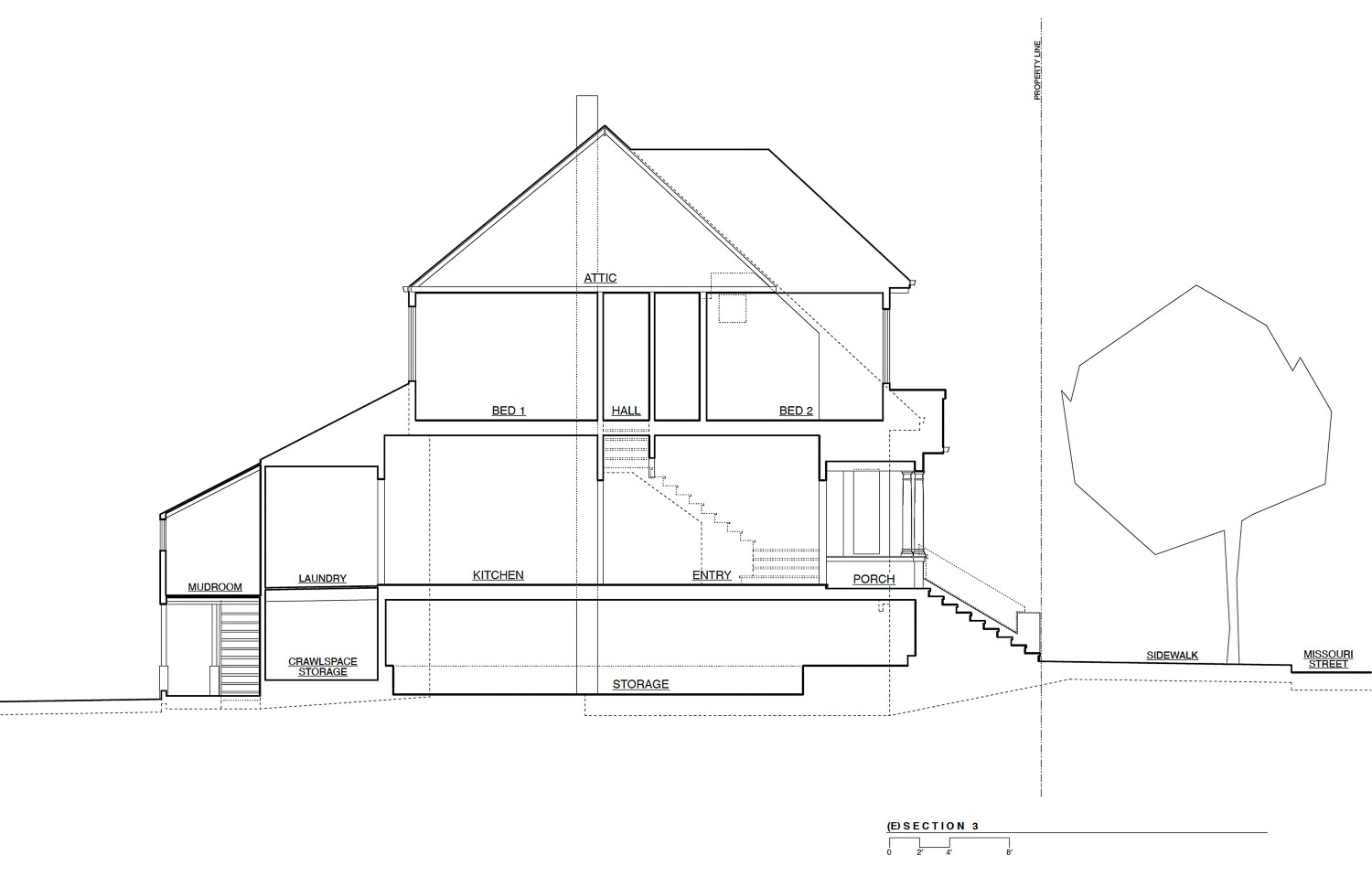 422 Missouri Street as it exists, by Apparatus Architecture

422 Missouri Street addition shown on the left side of the drawing, by Apparatus Architecture

The lot is just between 19th and 20th street, by a commercial thoroughfare only two blocks north. The house is also right by the Potrero Power Plant and Pier 70 redevelopment, the latter of which will be reported on by SFYIMBY soon. 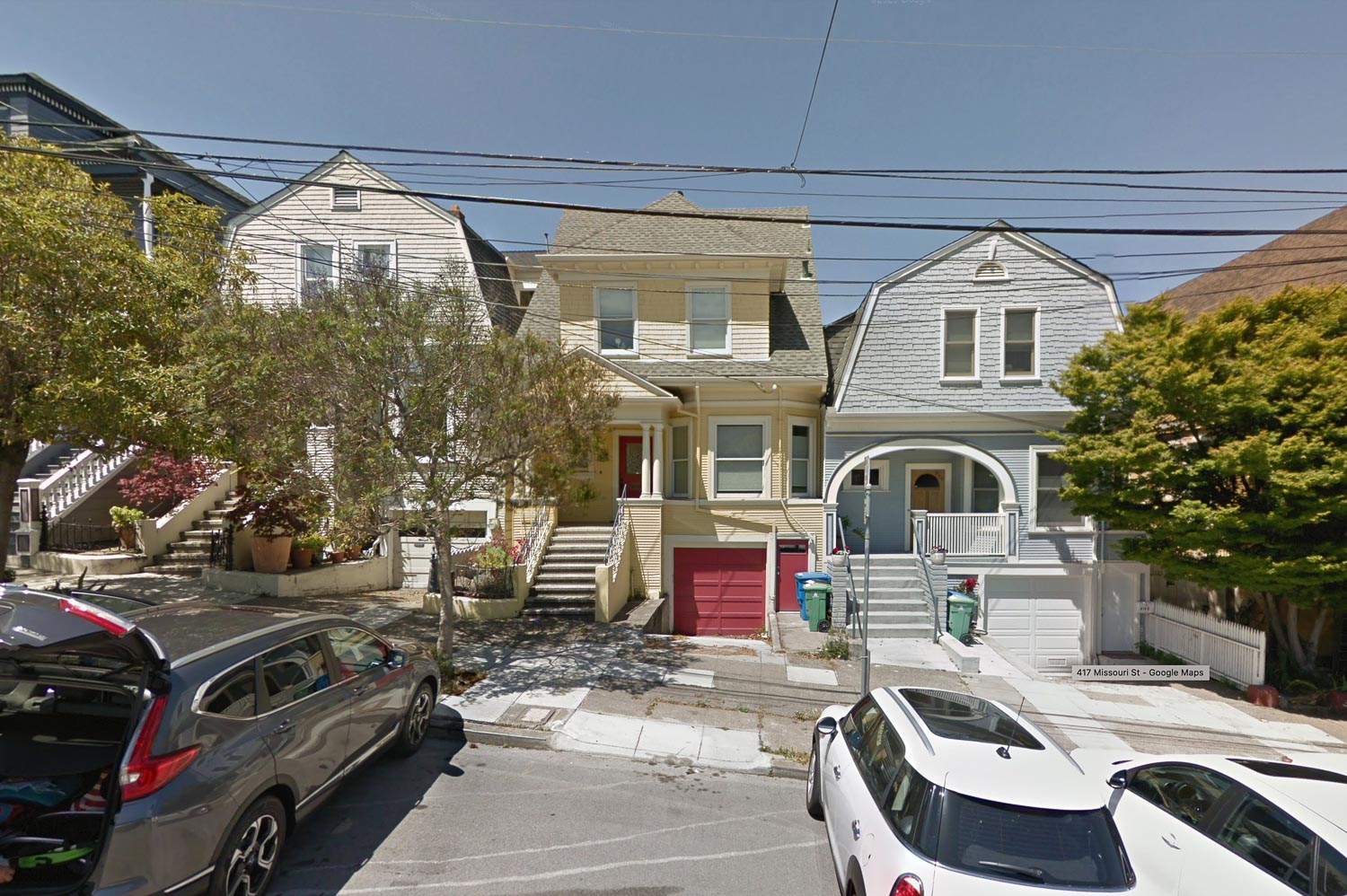 Local-based Dan and Stephanie Murphy own the lot. The city Planning Department has already excepted the planning permits, though building permits have yet to be filed. The developers have not announced an expected date for construction and completion.

Be the first to comment on "Permits Filed for 422 Missouri Street, Potrero Hill, San Francisco"