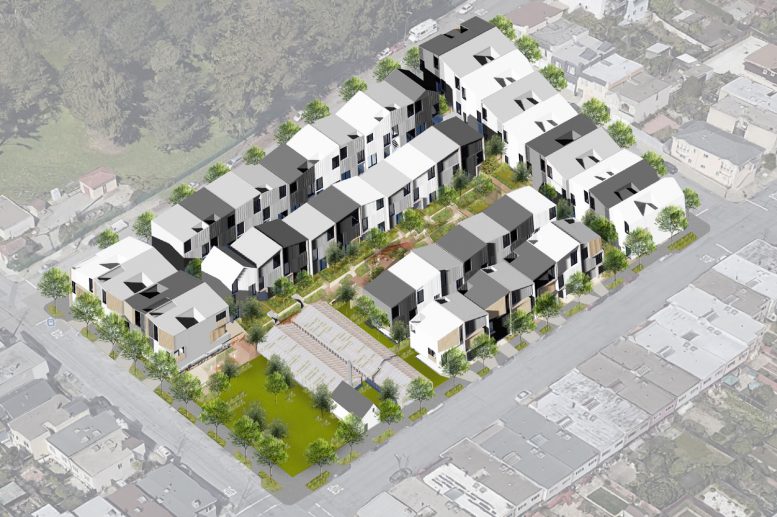 The San Francisco Historic Preservation Commission is to review refreshed plans for the residential development of 770 Woolsey Street, formerly the University Mound Nursery, in the city’s Portola neighborhood. The proposal is for 62 residential units, some sold as affordable, and retaining two historic structures. L37 Partners is responsible for the construction. 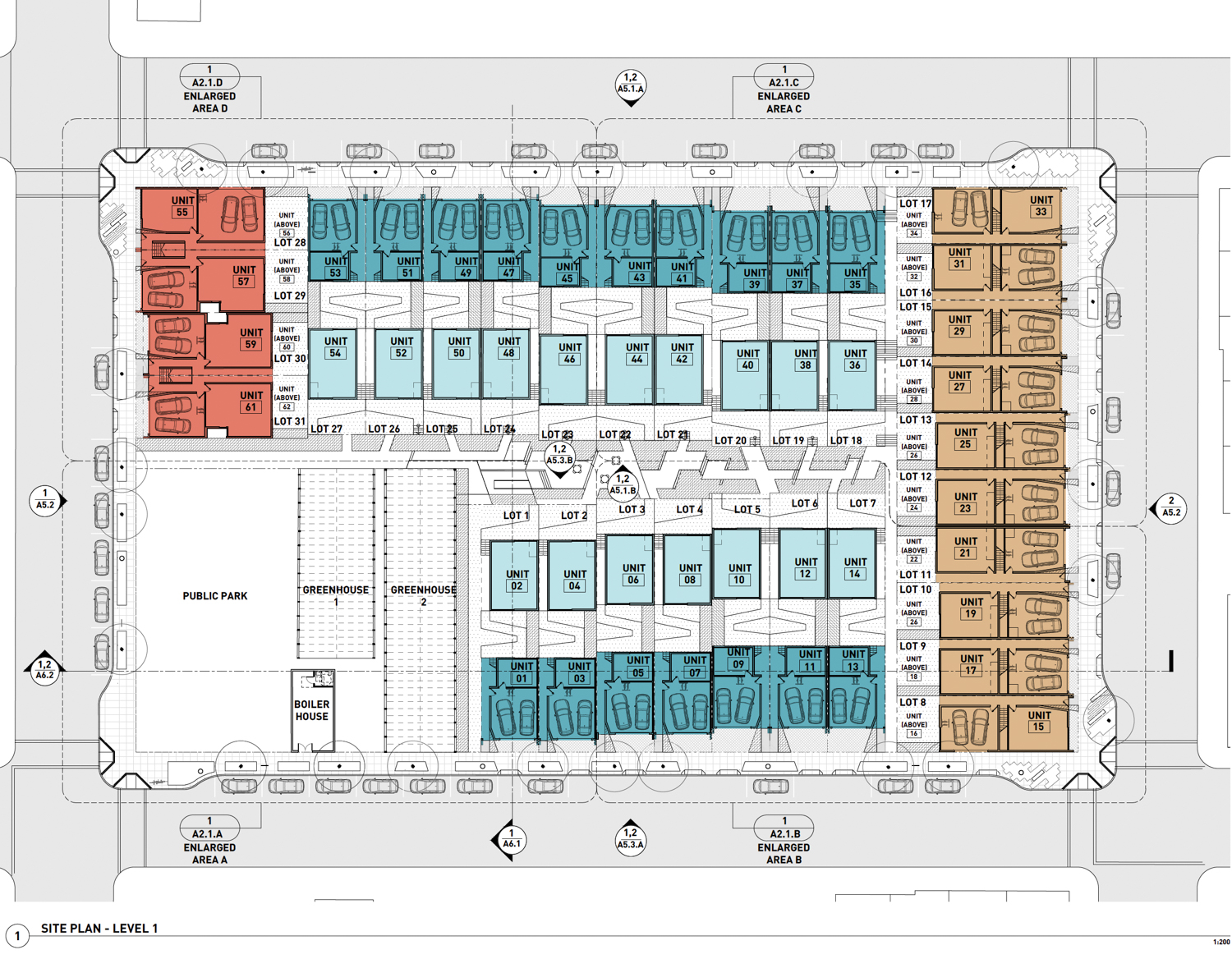 The 62-unit project spans 31 duplex lots. Twelve of the apartments will be sold as affordable housing. An estimated 118,145 square feet of residential space is to be produced on the 96,000 square feet lot. Of that, 47,540 square feet is left as usable open space, including a public park beside the refurbished nursery. Half of the units will have access to a two-car garage. Parking for 62 bicycles will be available on site. 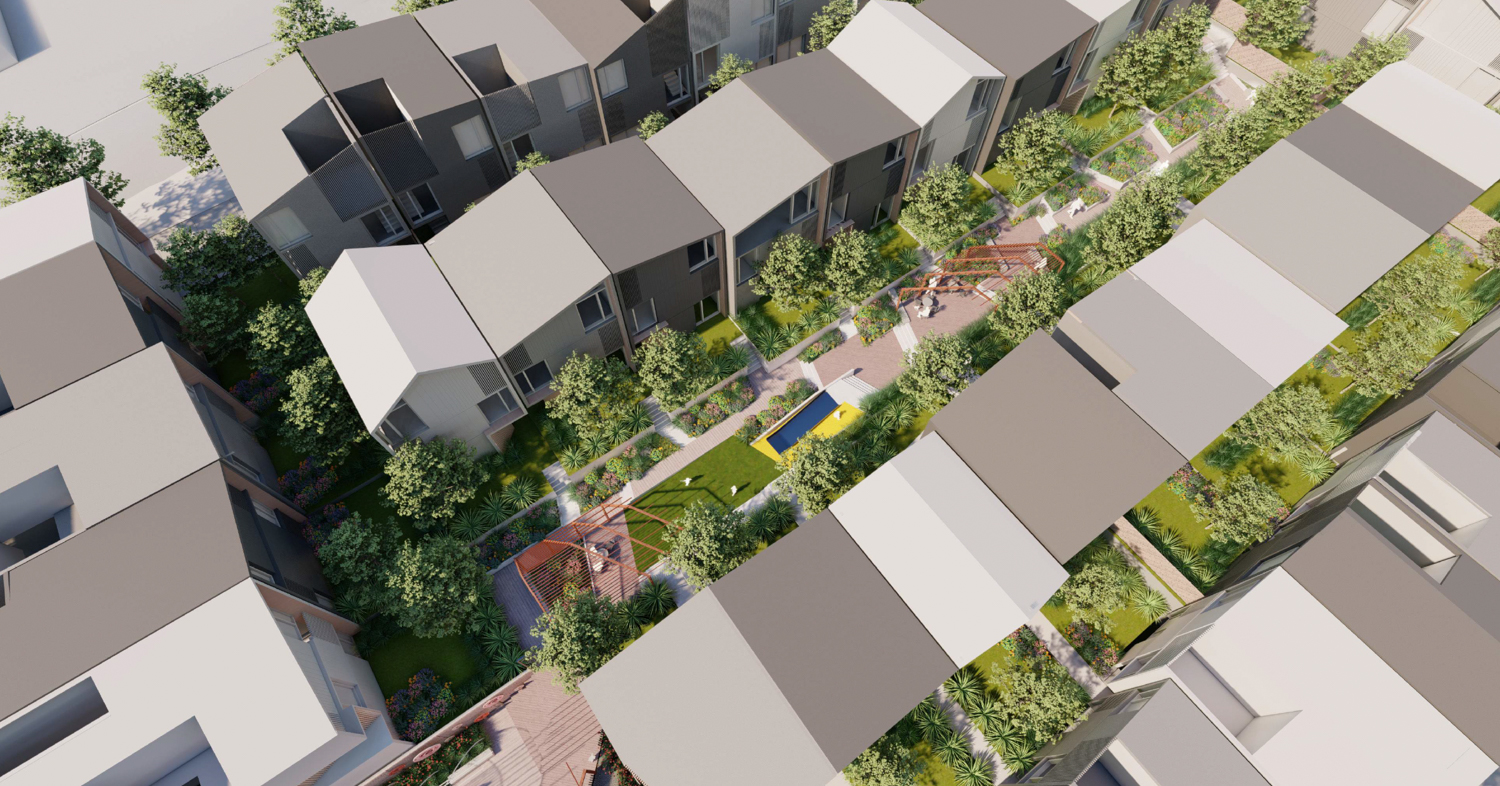 The spine at 770 Woolsey Street, rendering by Iwamotoscott Architecture

Fletcher Studio is responsible for the landscaping. With the vast open space remaining as developed by L37 Partners, the studio has a broad canvas. Initial plans show the firm uses drought-tolerant vegetation, copious trees, flowers, and planters to line an inner-block walkway dubbed ‘the spine.’ 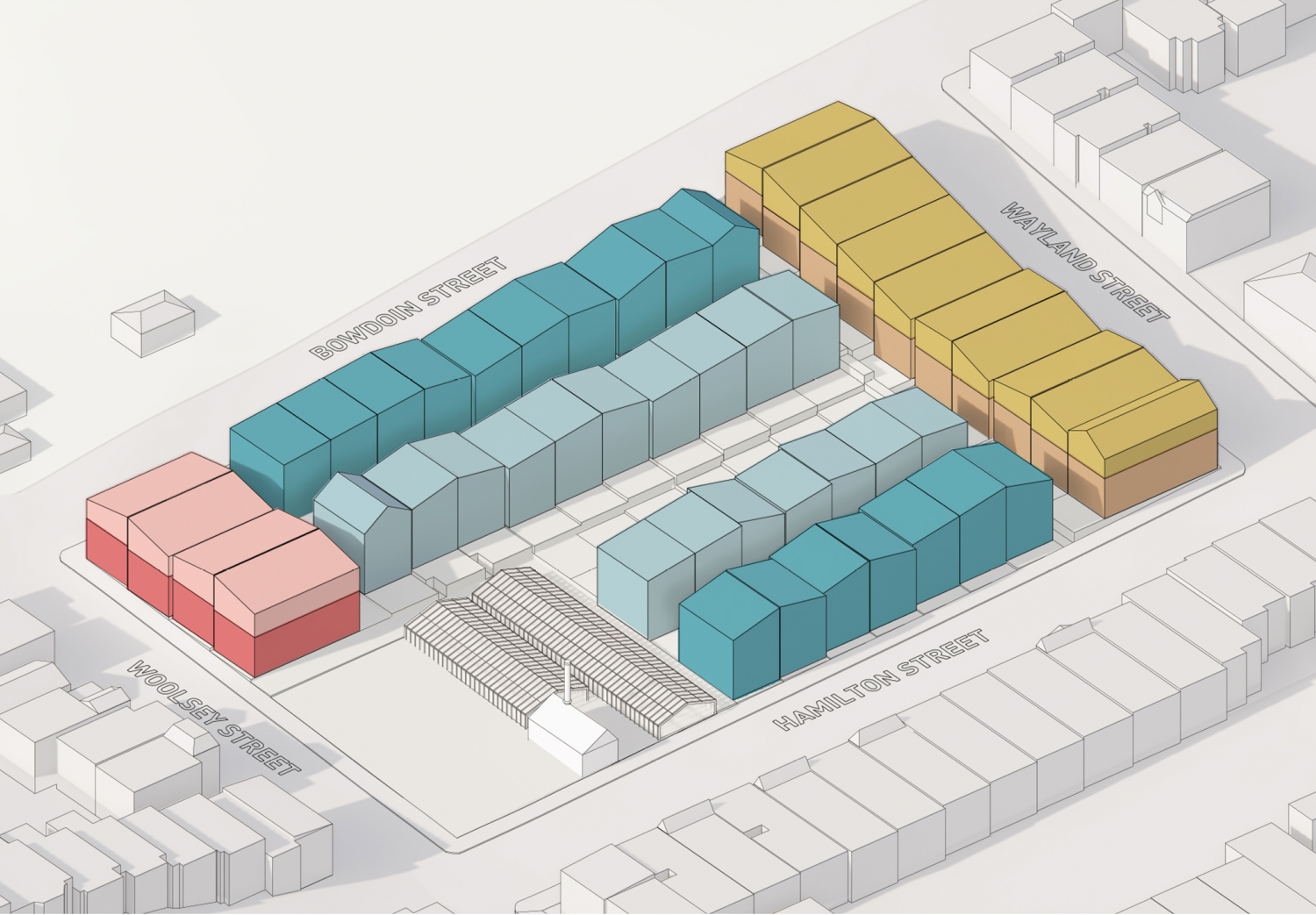 This proposal reflects the third iteration of plans for 770 Woolsey Street dating back to February of 2019. The retention of two old warehouse structures is the most significant difference compared to past proposals. The first plans would have cleared the site, though nearly the same number of housing would be produced. While the additional housing is welcome, the site density remains comparatively low.

Iwamotoscott Architecture is responsible for the design. The buildings will have alternating angled roofs to mimic the gabled roof style of the greenhouse nurseries. The edifices will be clad with plaster or fiber cement siding and corresponding wood slats in varying colors from black, grey, and white. The unpainted wood slats visible in each rendering will create a cohesive tone across the development.

The city disapproved of a proposal to give the existing structures landmark status in the past. Demolition and building permits were reviewed as recently as December 4th. However, the plan is now heading to the Historic Preservation Commission again this Wednesday, December 16th, to review partial preservation alternatives. It is unclear how the commission will decide.

Be the first to comment on "Budding Development Reviewed for Former Nursery at 770 Woolsey Street, Portola, San Francisco"