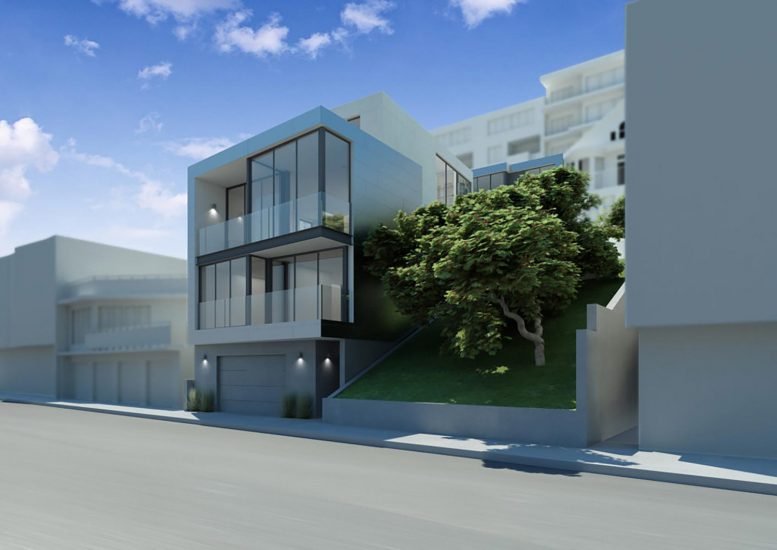 New permits have been filed for occupancy at two four-story single-family houses on a single lot at 150-162 Grand Avenue on the far left edge of Noe Valley, San Francisco. The project, named Grandview Stack, is nearly complete adding housing to a vacant parcel in a low-density area bordering the Castro. 150 Grand View LLC is responsible for the development. 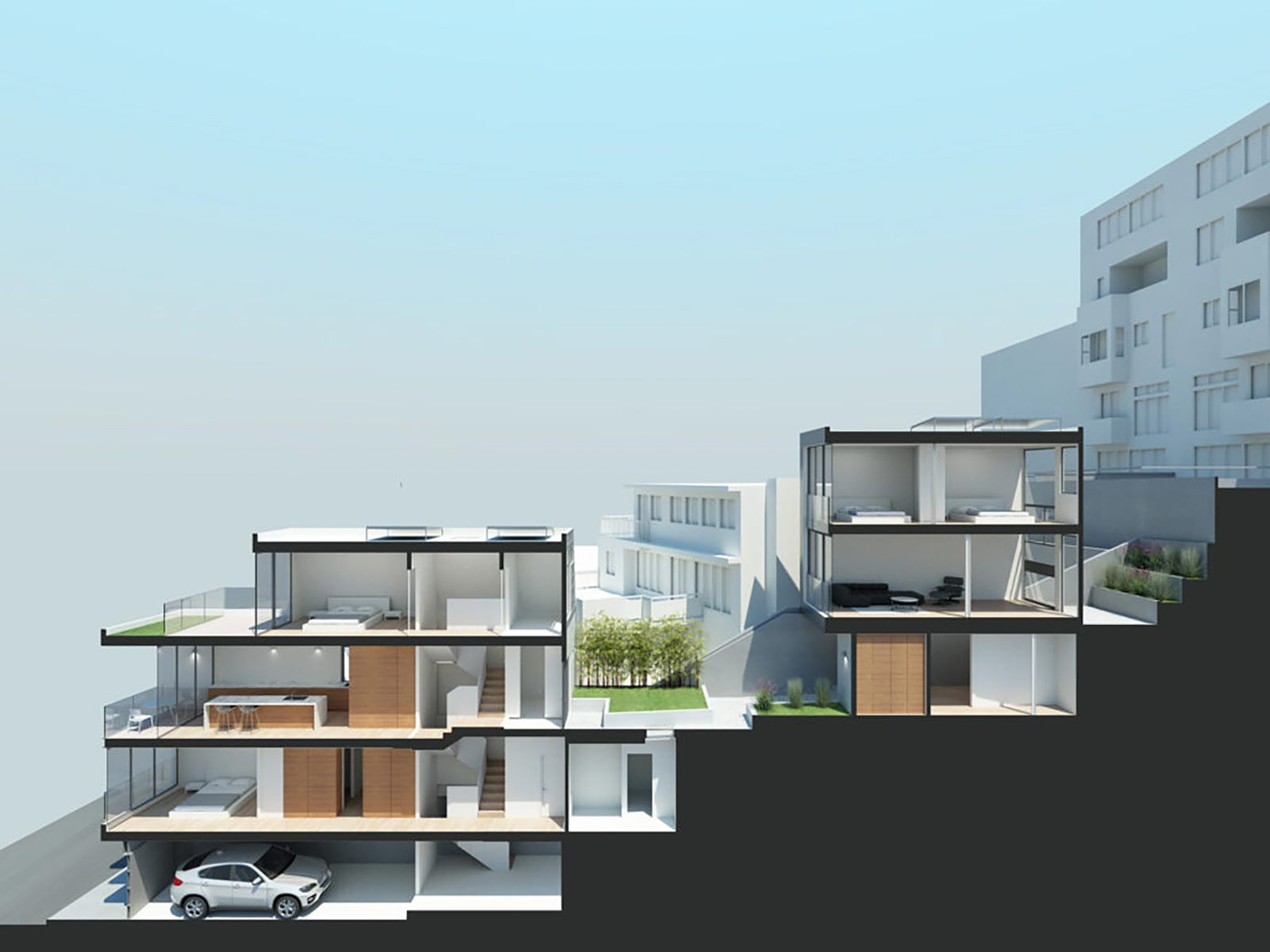 The two residential buildings yield 6,440 square feet, of which 5,600 square feet is dedicated to residential use and 840 square feet for parking. The project includes an interior pathway to the rear structure, accompanied by landscaping, and an expansive area for potential outdoor entertainment. 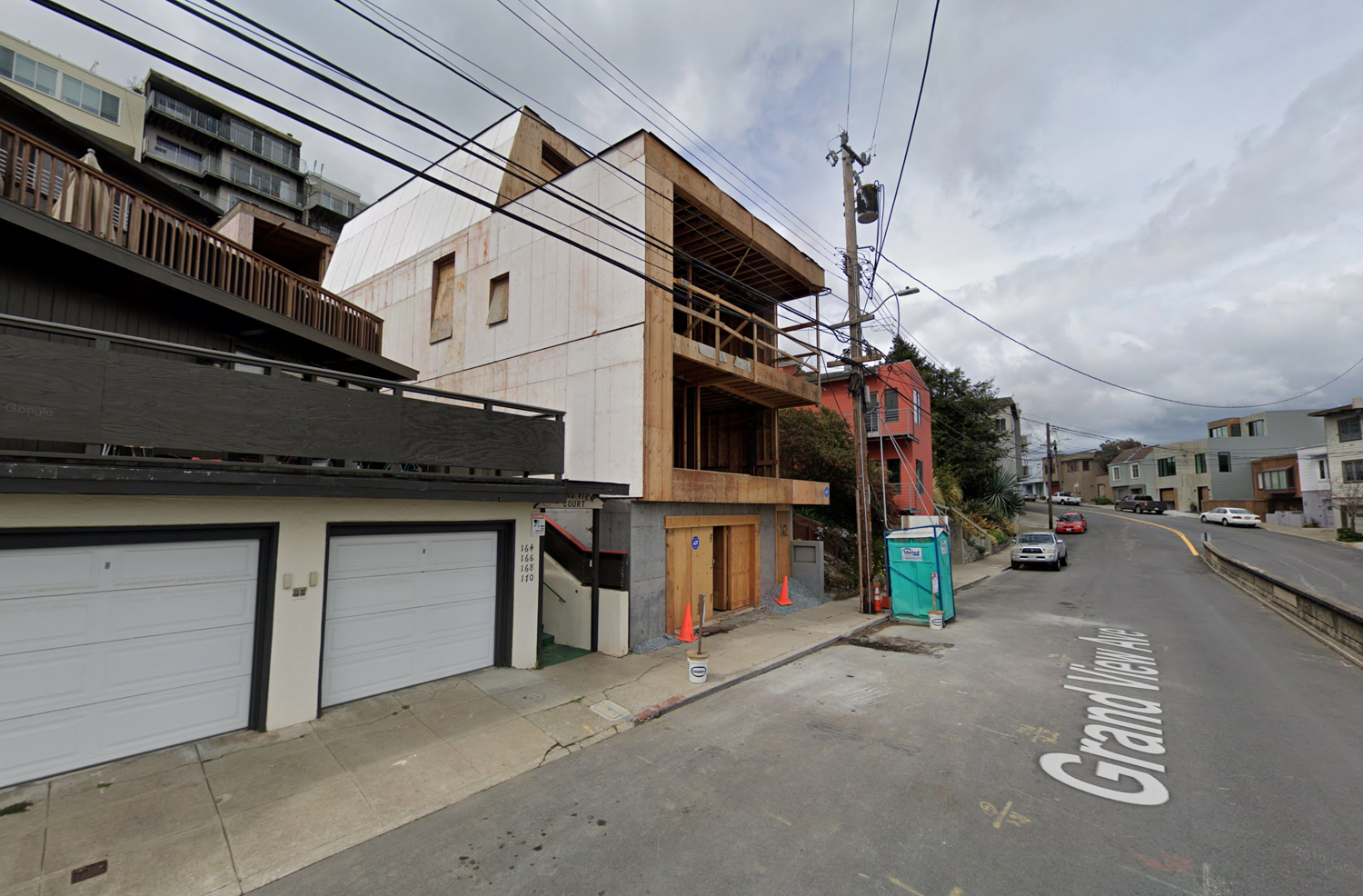 Zack de Vito Architecture is responsible for the design. Based in San Francisco, the firm has an extensive housing portfolio in the city, describing themselves on their website as “inspired by modernist principles and a deep value for the craft.” The proposed design for Grand View is described as “a sleek, new, ground-up residential project that feels like two single-family homes, with one at street view, and one perched at the top of the deep upslope lot.” The modernist design pits a simple white cement skin with a curtain wall system. A green surface for vines is the only ornamentation. 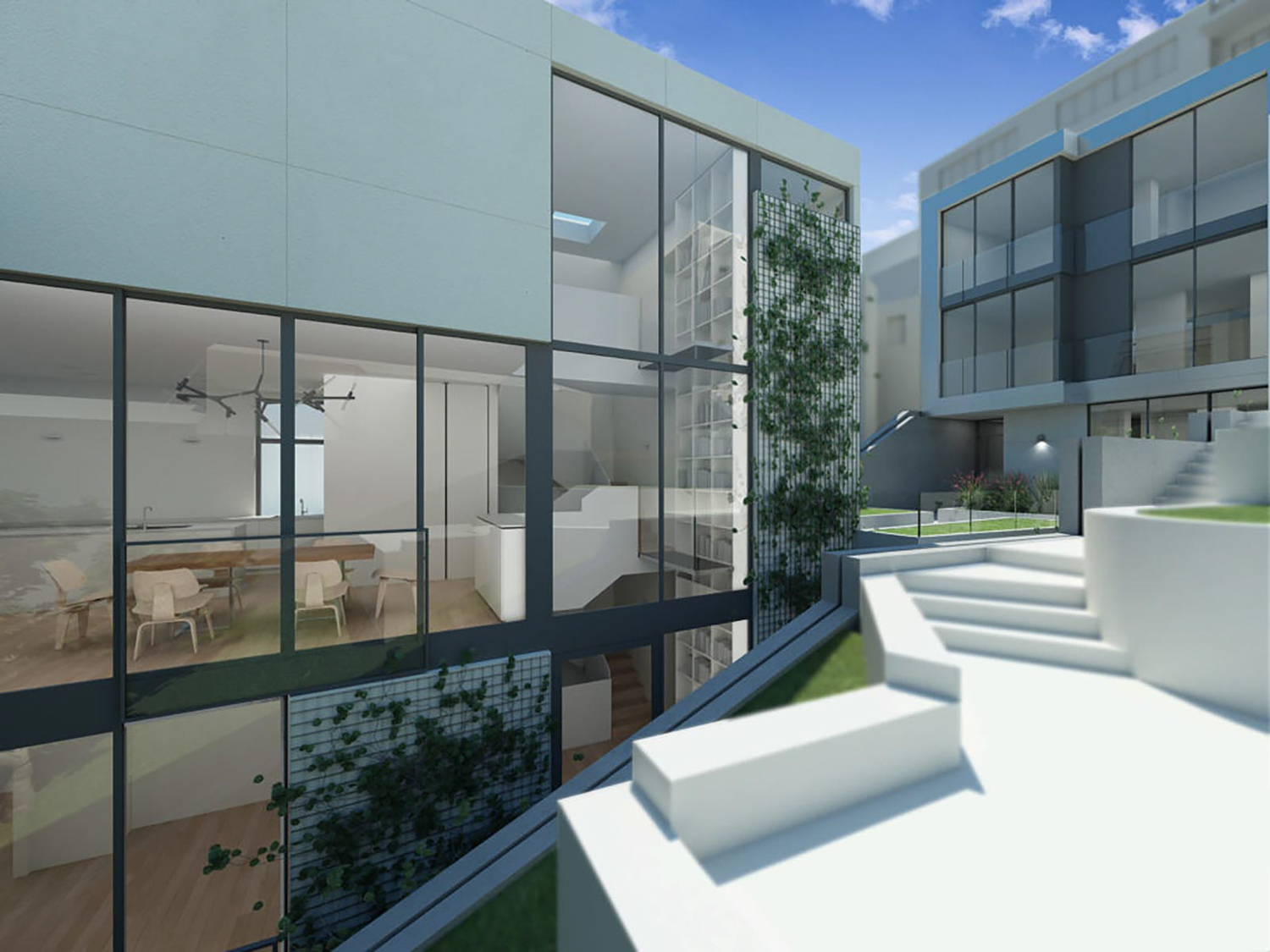 Scherer Smith & Kenny LLP are representing the project as legal counsel. The job is estimated to cost $1.28 million, with Builtform Construction putting the buildings together.