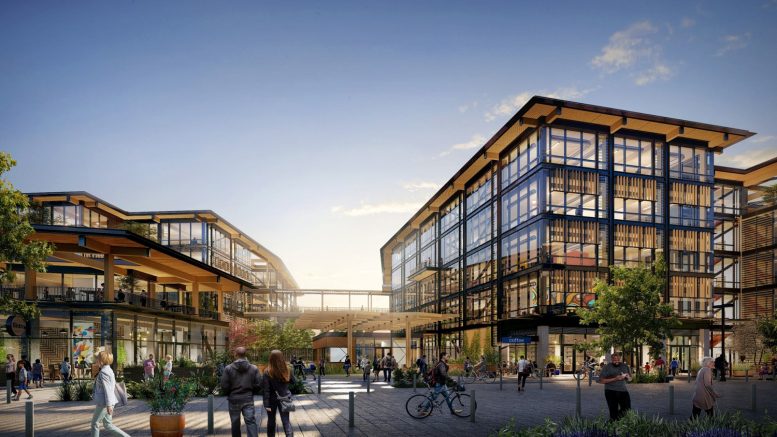 Facebook and Signature Development Group have announced that they have submitted newly detailed planning documents for their proposed mixed-use district dubbed Willow Village in Menlo Park, San Mateo County. The proposal will cover nearly 60 acres with a mixture of housing, office space, retail, and public parks. Two phases of construction will yield over 3.3 million square feet of built area. OMA, one of the most influential architecture firms still active, is responsible for the design. 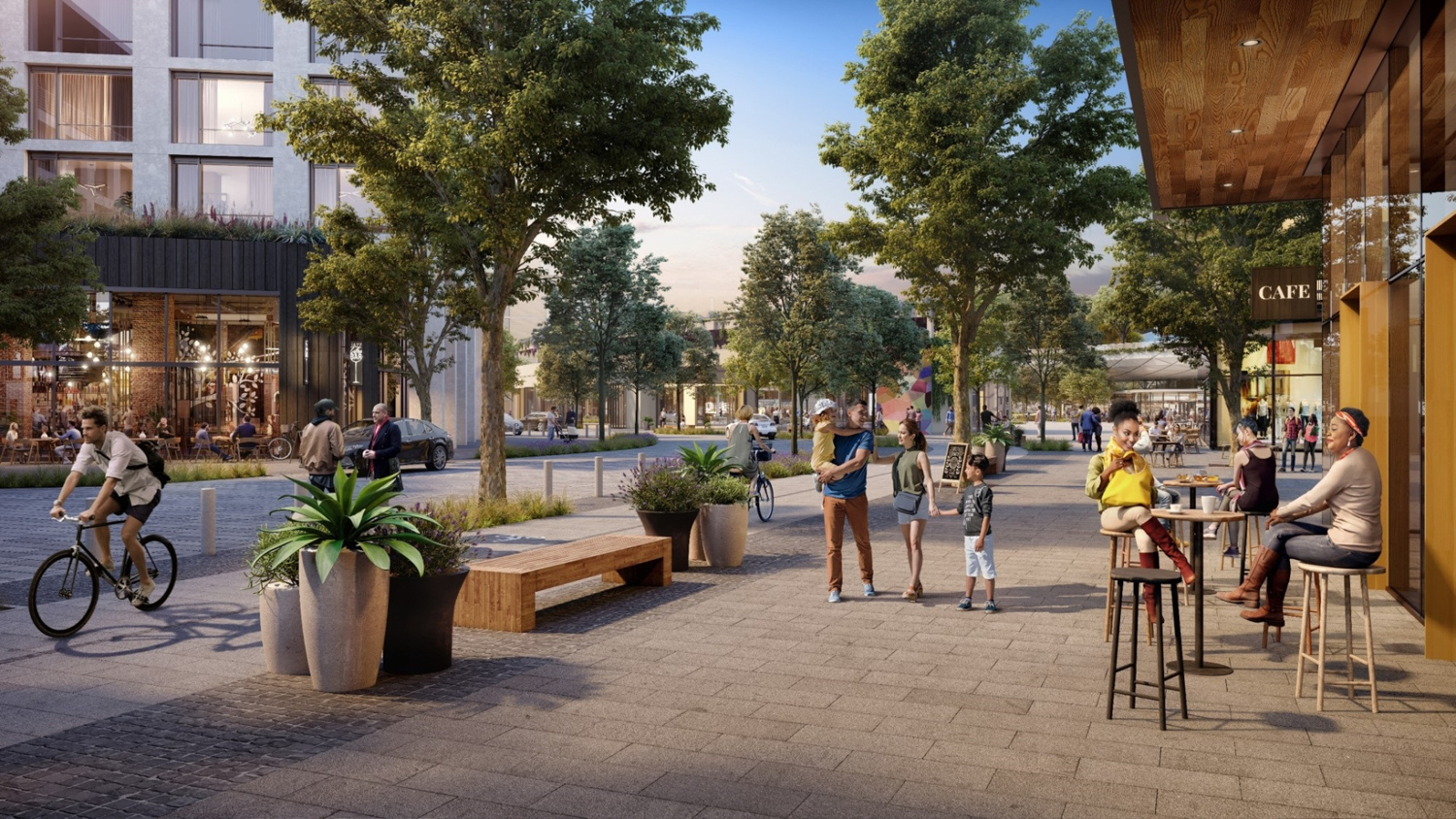 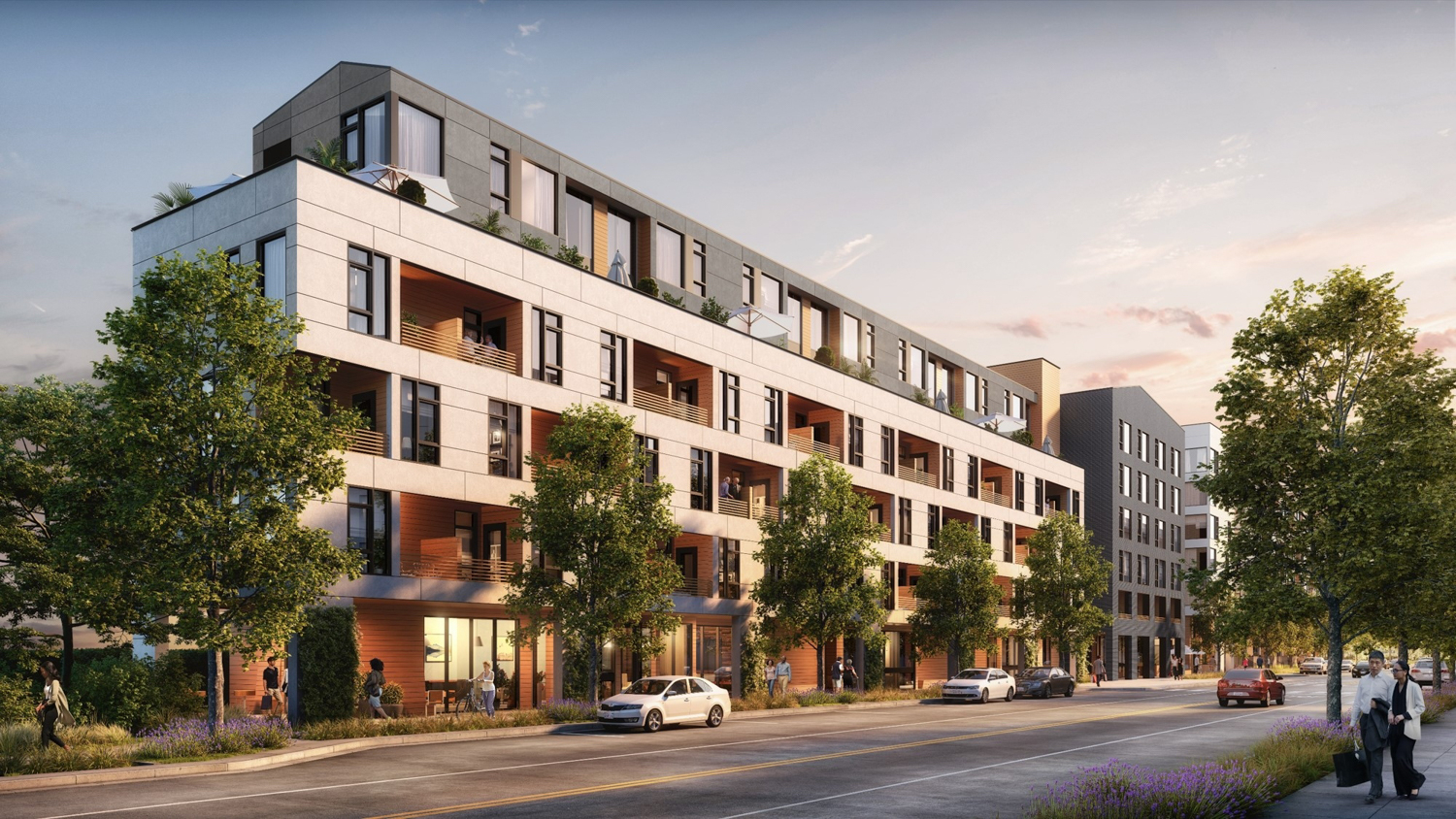 The self-described town square of the internet plans to include a physical town square in the project’s north-west edge. The public area covers 4.2 acres between the 17.6 acres of residential and shopping area and the 31.9 acres of office campus. The remaining 5.6 acres will be used to produce public space. This includes a quarter-mile long elevated park. 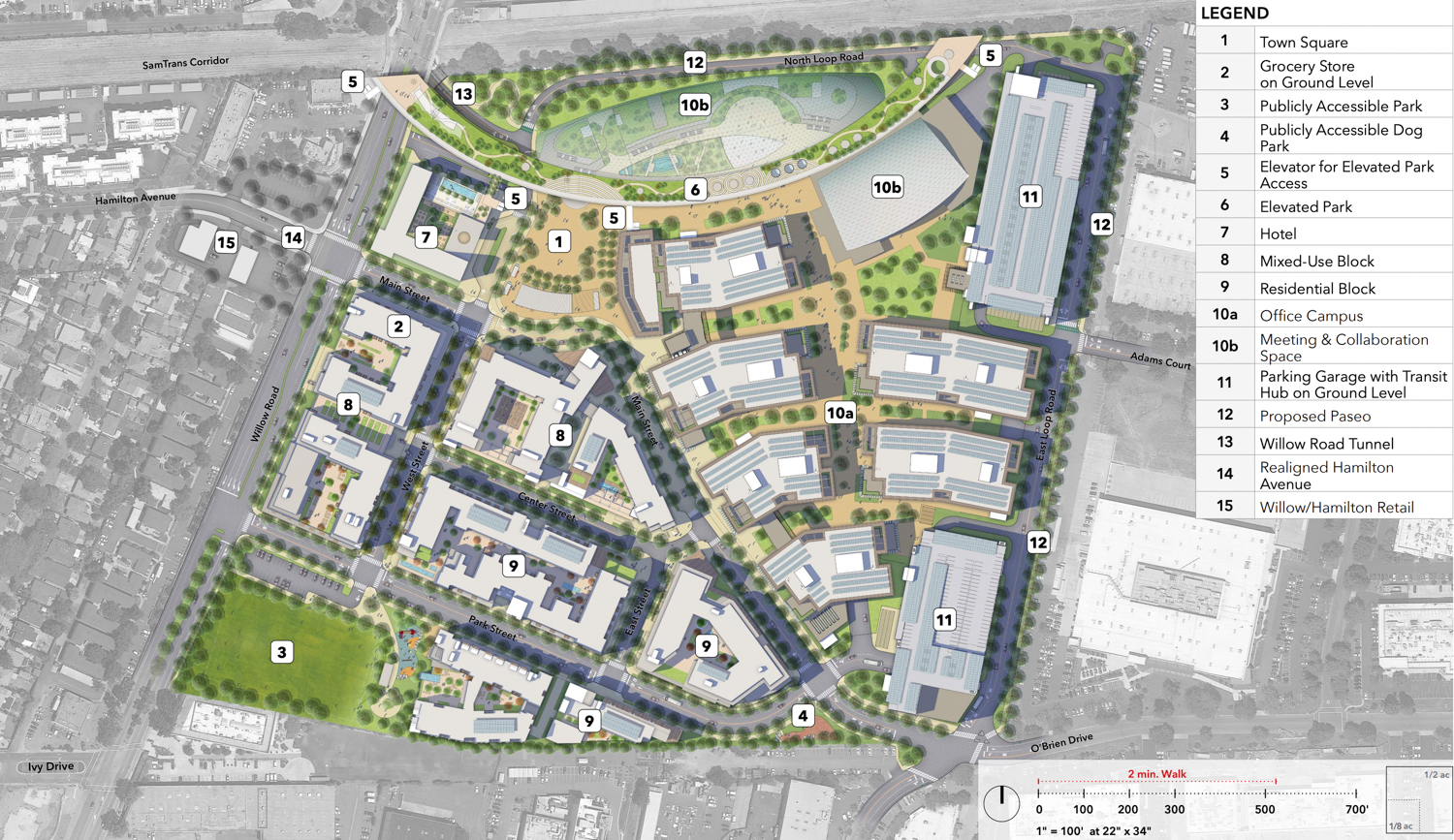 Renderings show a mixture of modernist designs and familiar forms for the Bay Area. The featured image shows a timber-frame office building with stark black frames contrasting with the natural wood tone. However, the most notable feature does not have an independent rendering. It is the irregular-shaped dome which covers a meeting and collaboration space at the site’s northern edge. The domed triangular pattern is similar to Moshe Safdie’s work on Singapore’s Jewel Changi Airport waterfall dome or HOK Architect’s Qatari Hamad International Airport. Readers can spot the glass rooftop in the town square rendering background and above the master plan map. 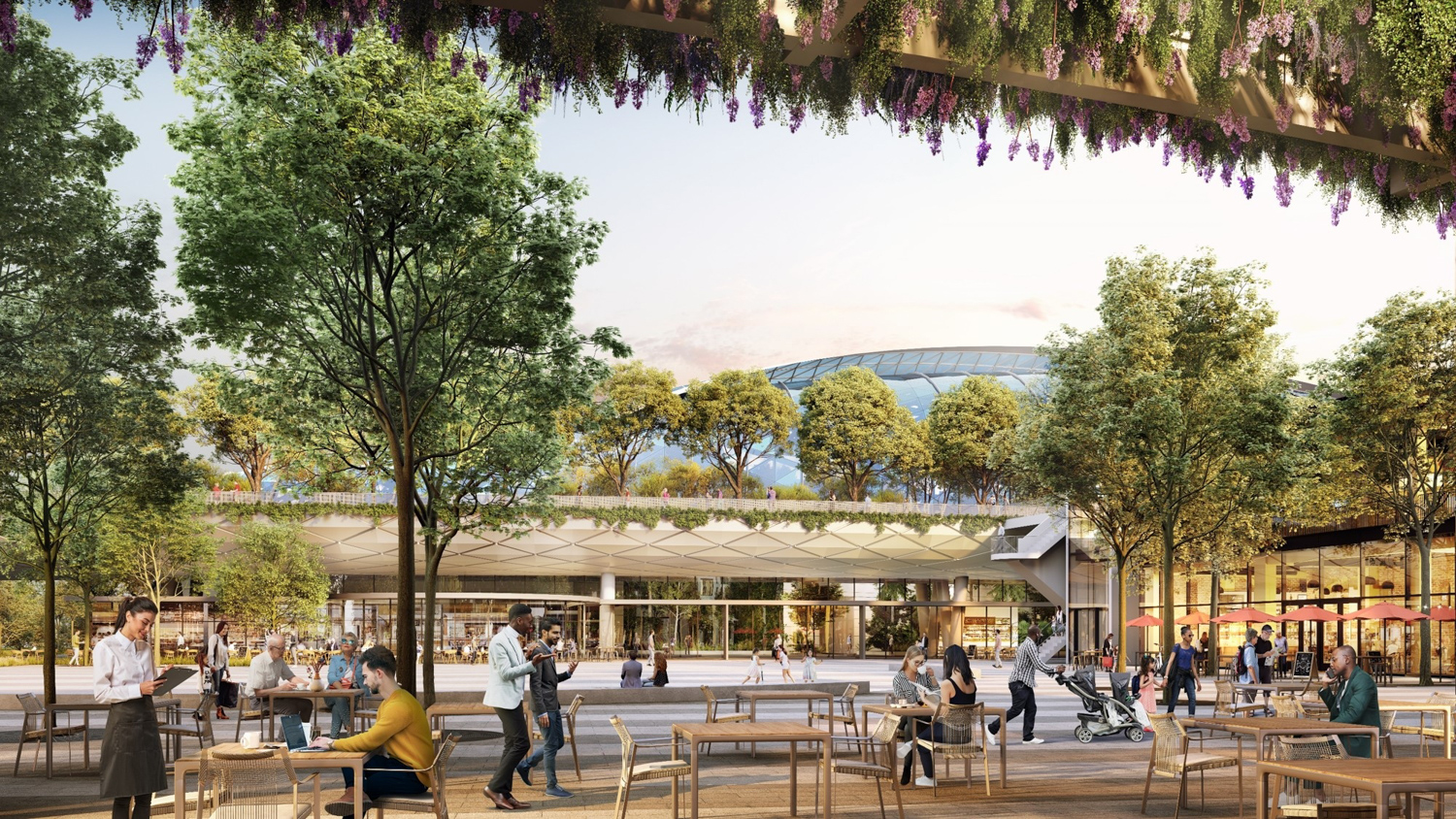 Twenty-three buildings will be produced, the smallest rising just one floor, and the tallest rising eight floors. Nine of the structures will reach around 85 feet above street level. The building addresses are between 1350 to 1390 Willow Road, 925 to 1098 Hamilton Avenue, and 1005 to 1275 Hamilton Court.

The developers state they are expecting permit approval by the end of 2021. Groundbreaking is planned for 2023.