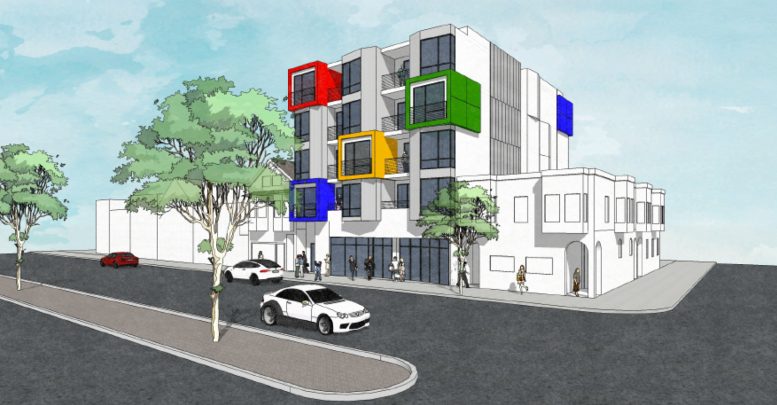 Preliminary Project assessment permits have been filed for a new five-story mixed-use building at 4110 Geary Boulevard in Richmond District, San Francisco. The application starts the process to file development applications, moving closer to final city approval. LBS Sacramento Groups LLC is responsible for the development as the property owner.

Derrick T. Wu Architect is responsible for the design. Early renderings show the building to have a white and grey facade, with six separate colorful window frames adding some unique character. 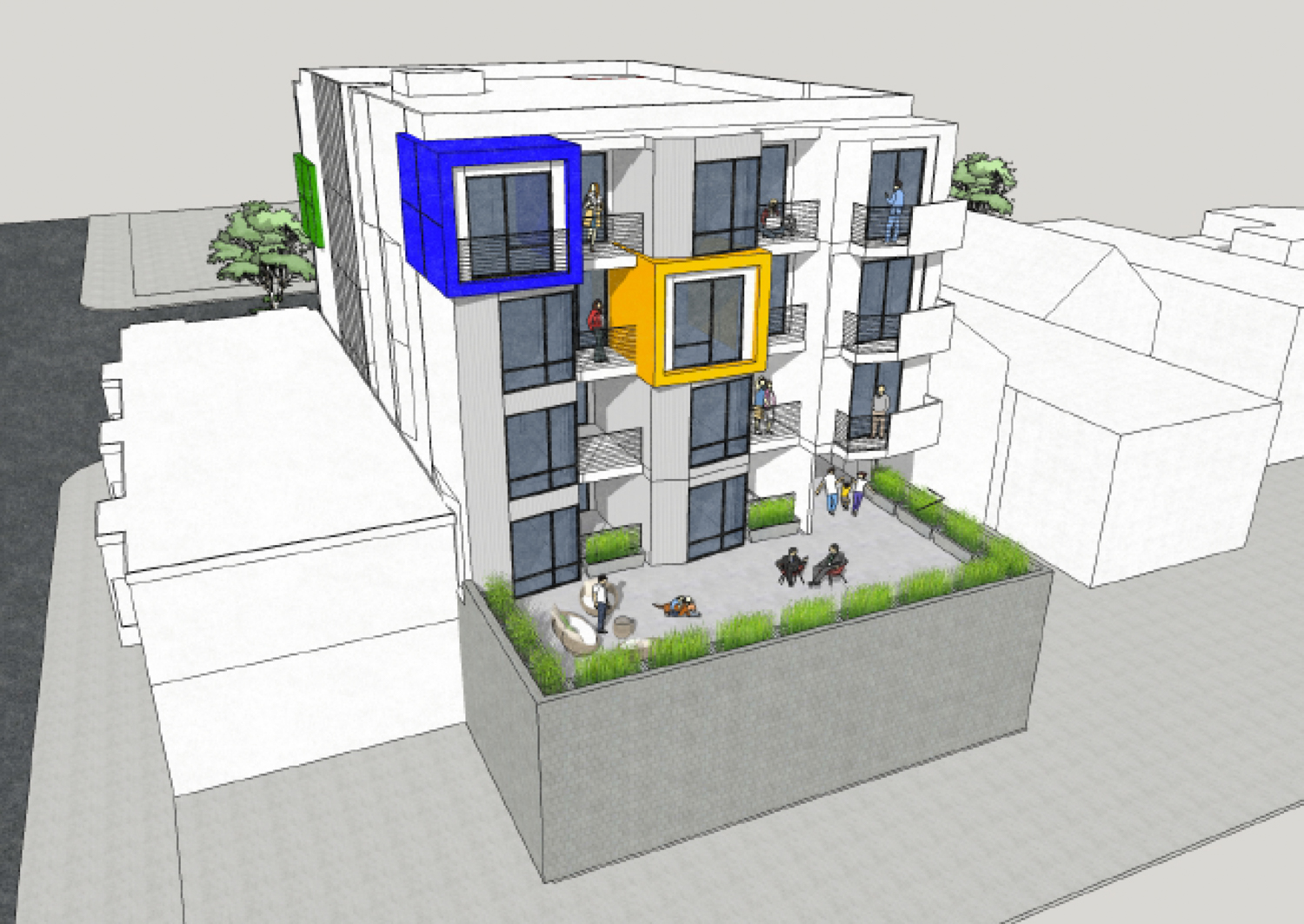 The 57-foot structure will yield 19,090 square feet. 11,015 square feet will be dedicated to residential use, creating 16 apartments, 12 sold at market-rate and 4 below-market rates. Two units will be sold as affordable to households earning 55% Area Median Income (AMI), one to 80% AMI, and another to 110% AMI. Nine of the residences will be studios, five will be two-bedroom, and two will be three-bedroom units. There will not be any space taken for vehicular parking, though there will be storage for 19 bicycles. 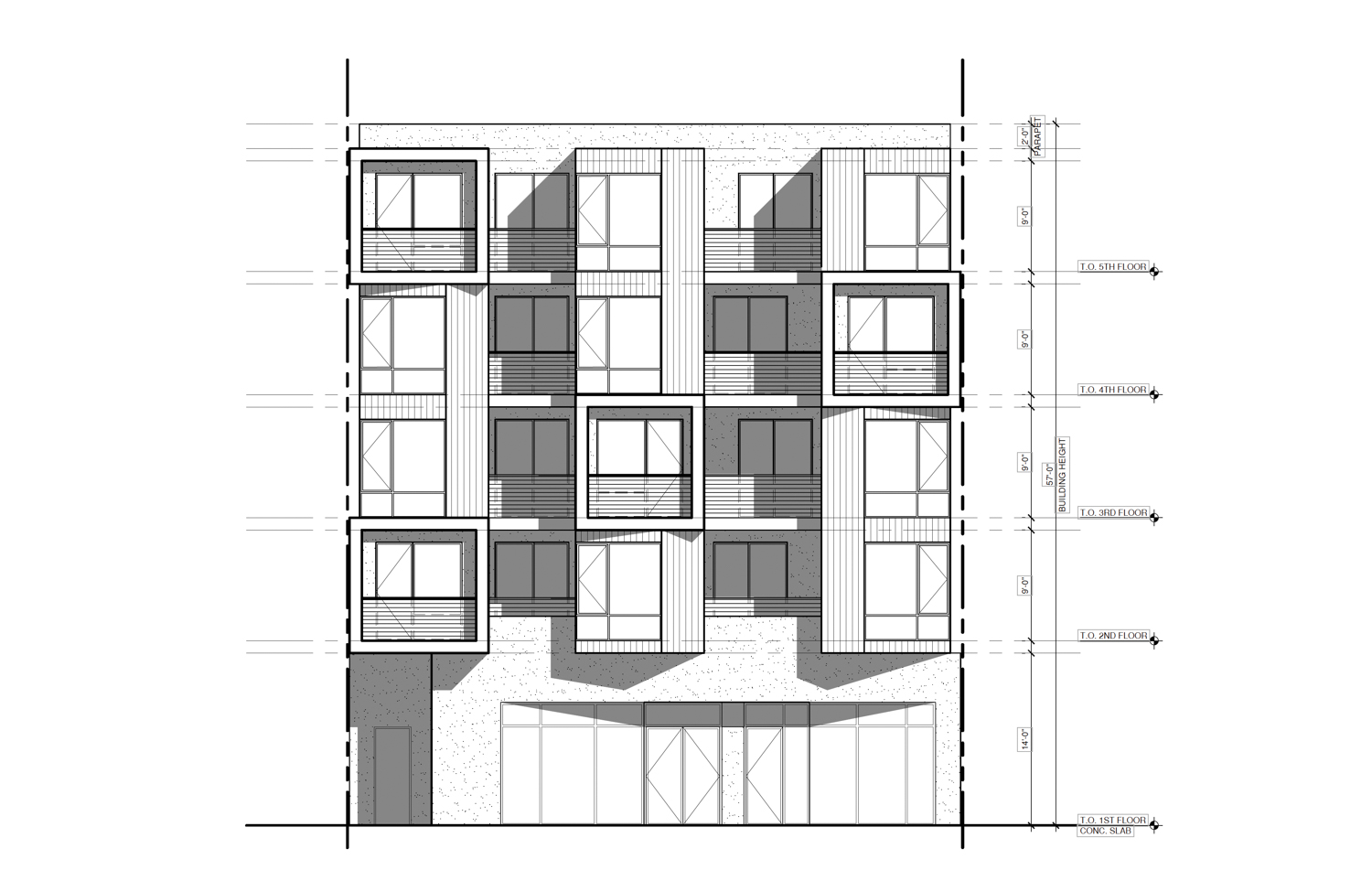 The development will require the merger of two lots and subsequent demolition of a two-story and a one-story commercial building. The new facility will not be set back from the street, utilizing the full parcel for the future commercial tenant. 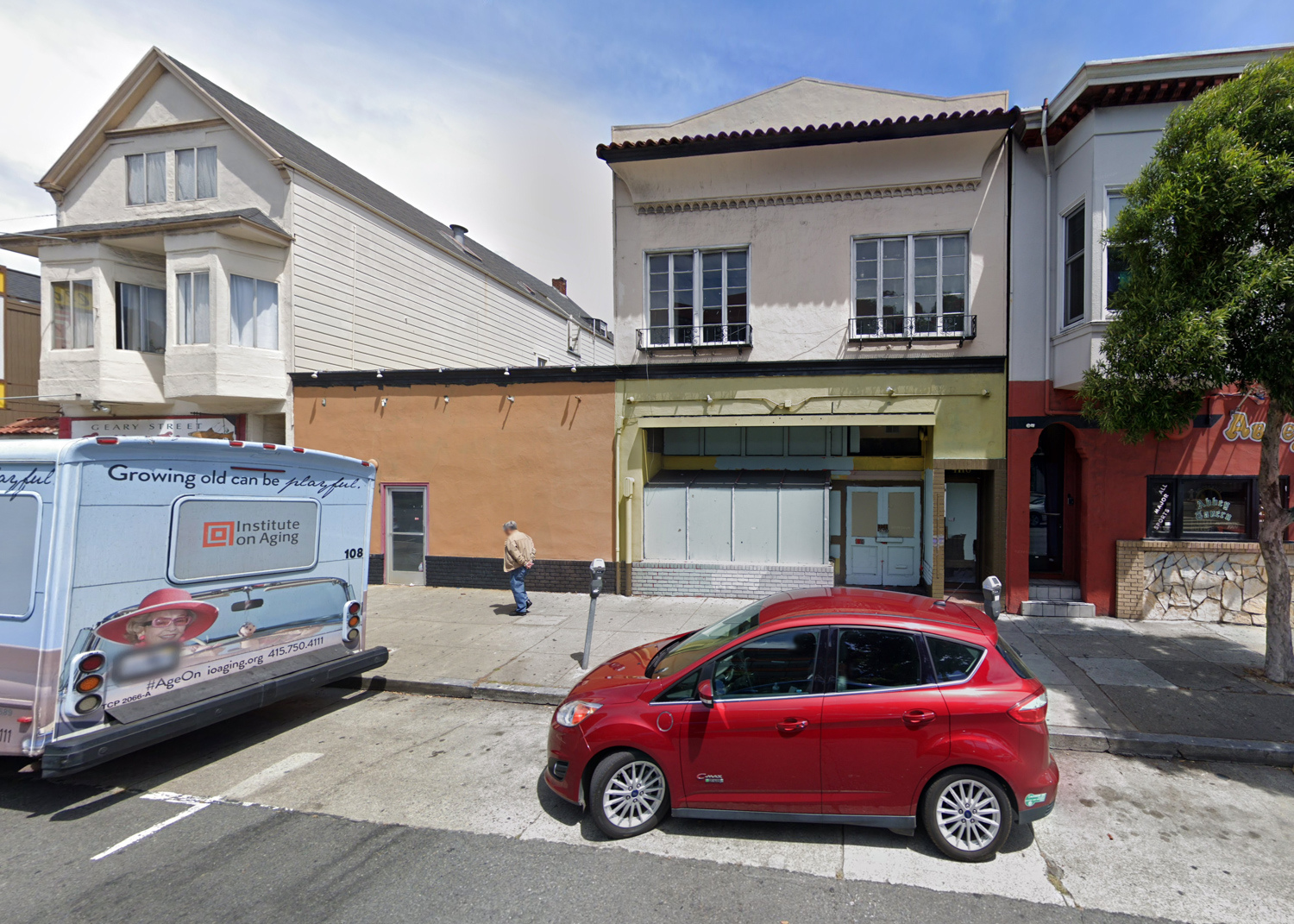 The property is located in the Inner Richmond portion of the Richmond District, along the neighborhood’s backbone thoroughfare, between Geary Boulevard and Clement Street. A construction cost will not be shared until new building permits are filed, and an estimated completion time is not known.

Be the first to comment on "Pre-application Process Starts for 4110 Geary Boulevard, Richmond District, San Francisco"