Permits have been approved to reduce residential units to be built at 10500 International Boulevard in the Elmhurst neighborhood of Oakland. The move reduces the eventual construction from offering 529 units to 393. While phase one is currently underway to build a seven-story and 324 unit structure, a planned phase two will now build just 69 units versus the initial 205 proposed. AMG & Associates LLC is responsible for the application. 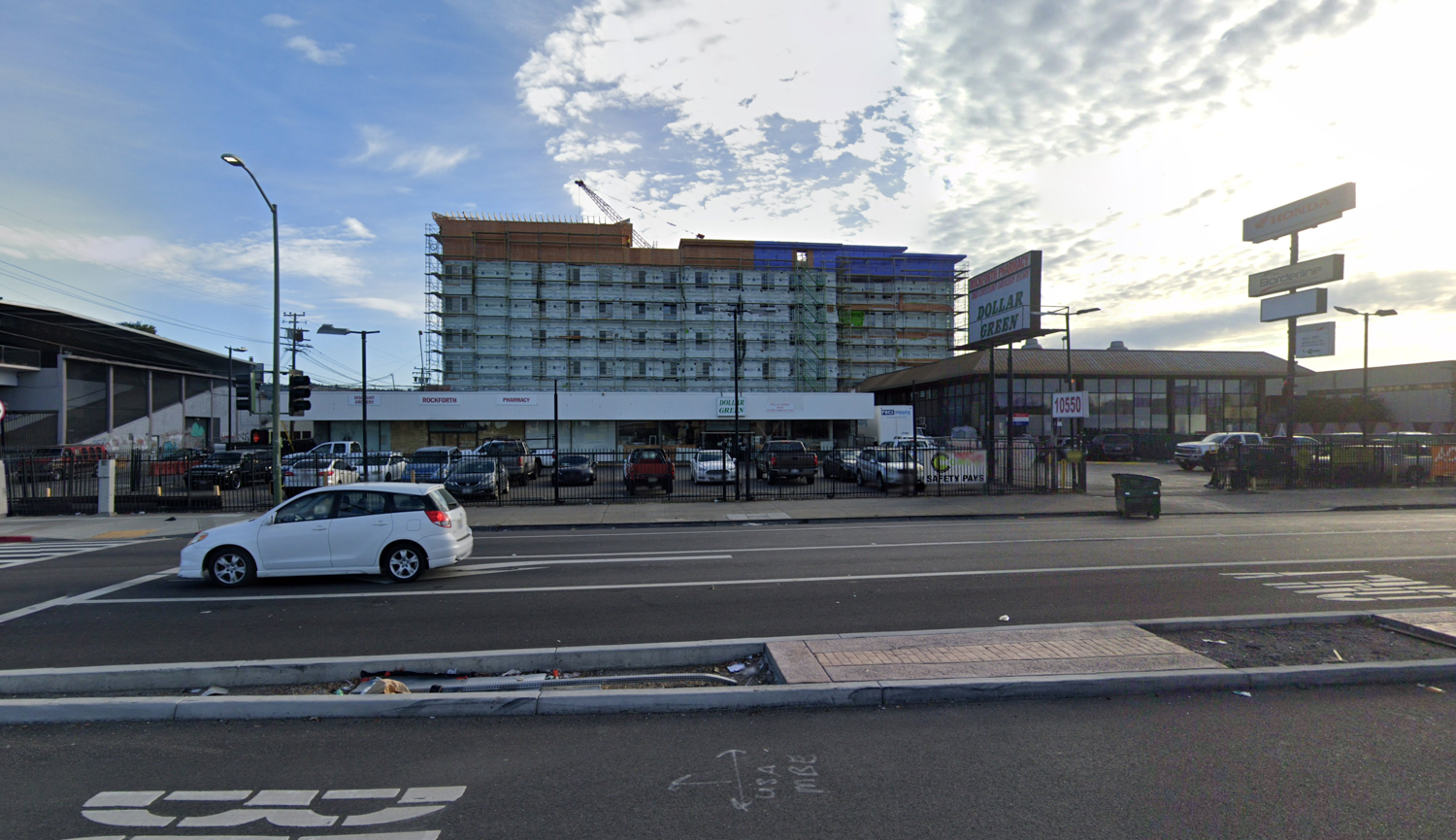 The residential project is managed by the Riverside Charitable Corporation, an organization involved in low-income housing. This specific development is intended to house lower-income senior citizens. Most units will be single-bed size, with about twenty percent offering two bedrooms. The total area for residential use was to be 350,722 square feet, though the reduction leaves the project with an estimated 260,000 square feet of residential space. 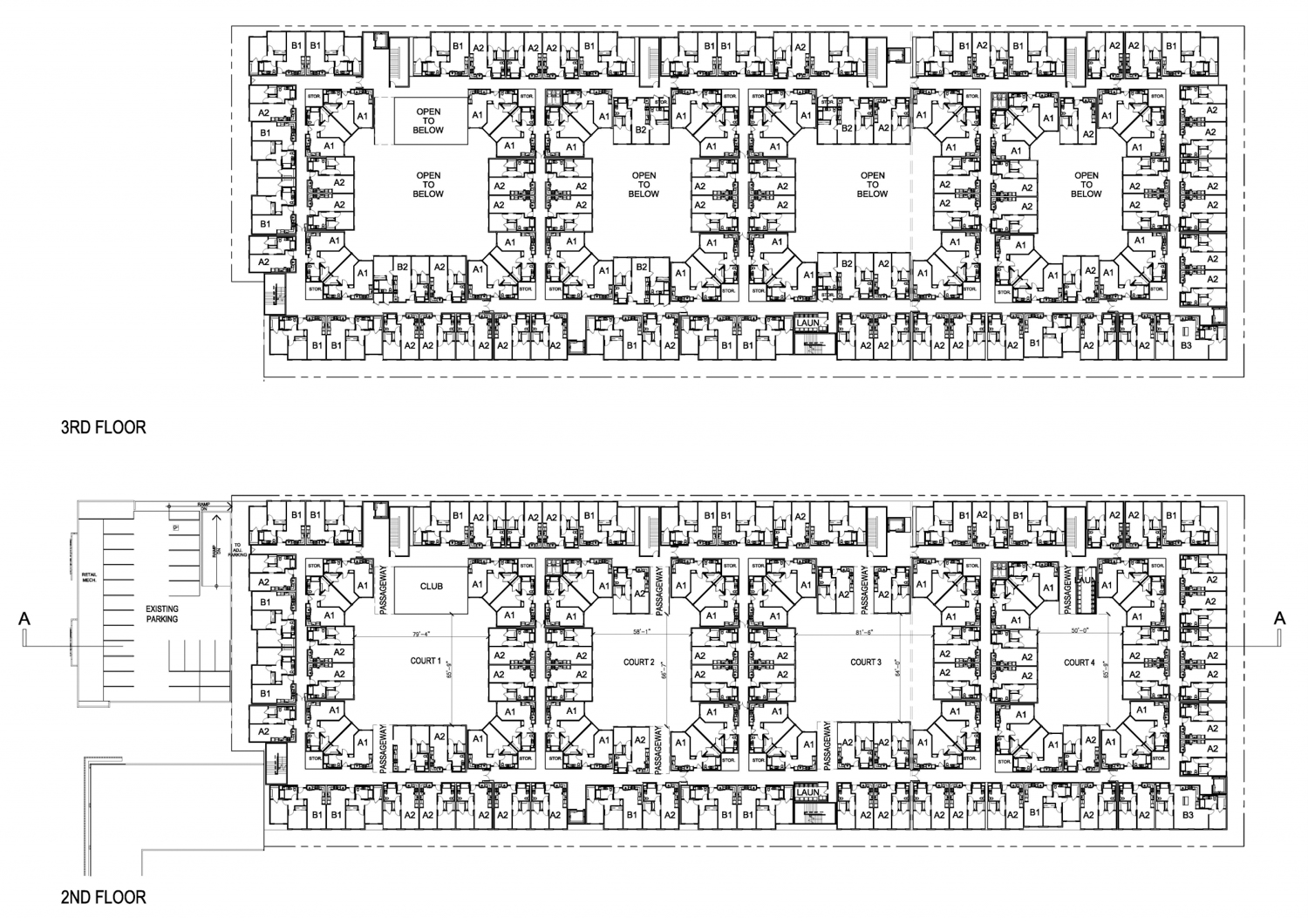 Stantec is responsible for the design. The Canadian-based architecture firm built a block-wide superstructure visually broken up with balconies and set-back variations to appear more similar to traditional urban design. The facade is clad with various hues of painted plaster, a split face bonding to mimic stone, and metal panel cornices. 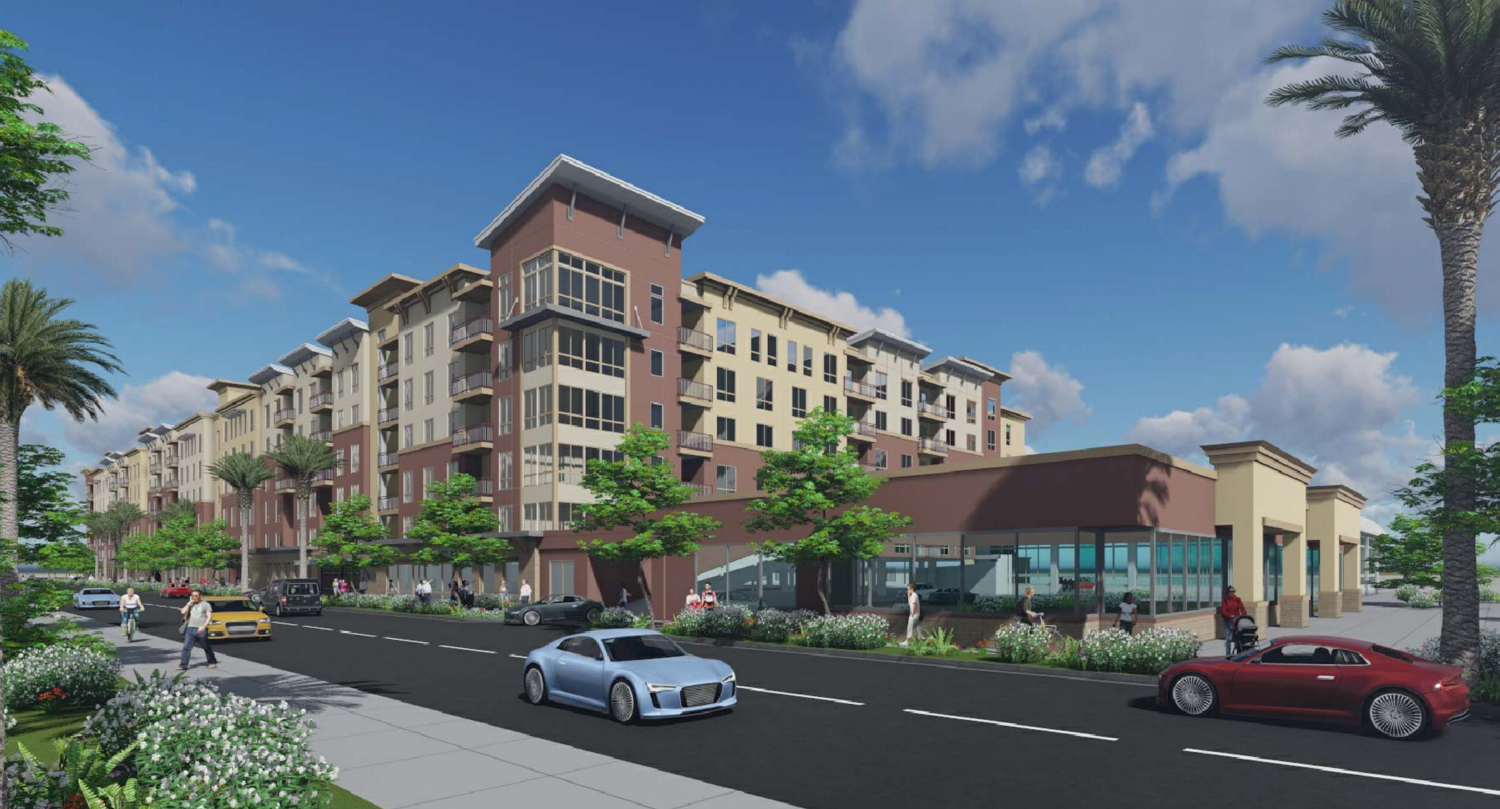 An estimated completion date for the second structure has not been announced.

Meeting Today for Housing at 1904 Adeline Street in West Oakland