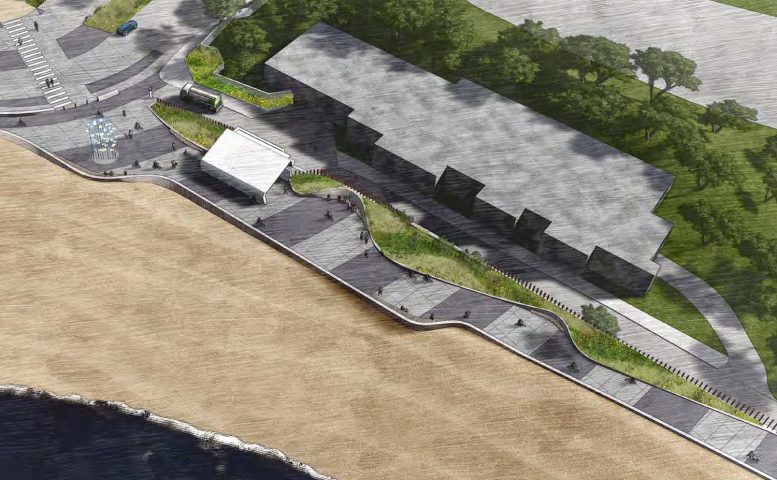 The San Francisco Arts Commission has attended the first of at least four presentations to review plans to reimagine the South Ocean Beach Waterfront. The project will add new community amenities, increase accessibility, and promote habitat restoration as part of the Ocean Beach Climate Change Adaptation Project in the Lakeshore neighborhood, San Francisco. The Ocean beach development is a multi-agency collaboration between the San Francisco Recreation and Parks, Public Utilities Commission, and Public Works, with private-industry involvement from Moffatt & Nichol and MFLA.

The project meeting was held yesterday afternoon, with the commissioners responding positively. Specific comments include asking how MFLA will differentiate the pedestrian walkway and service road to avoid pedestrians using the road. The response from James Munden of Munden Fry Landscape Associates, MFLA, shared that he was considering this but wished to avoid using a fence to retain some permeable nature for cyclists and unusual circumstances. There will be three separate ramps for beach access, restored dunes, a built-in opportunity for an art installation, and a connection to a parking lot along Skyline Boulevard. 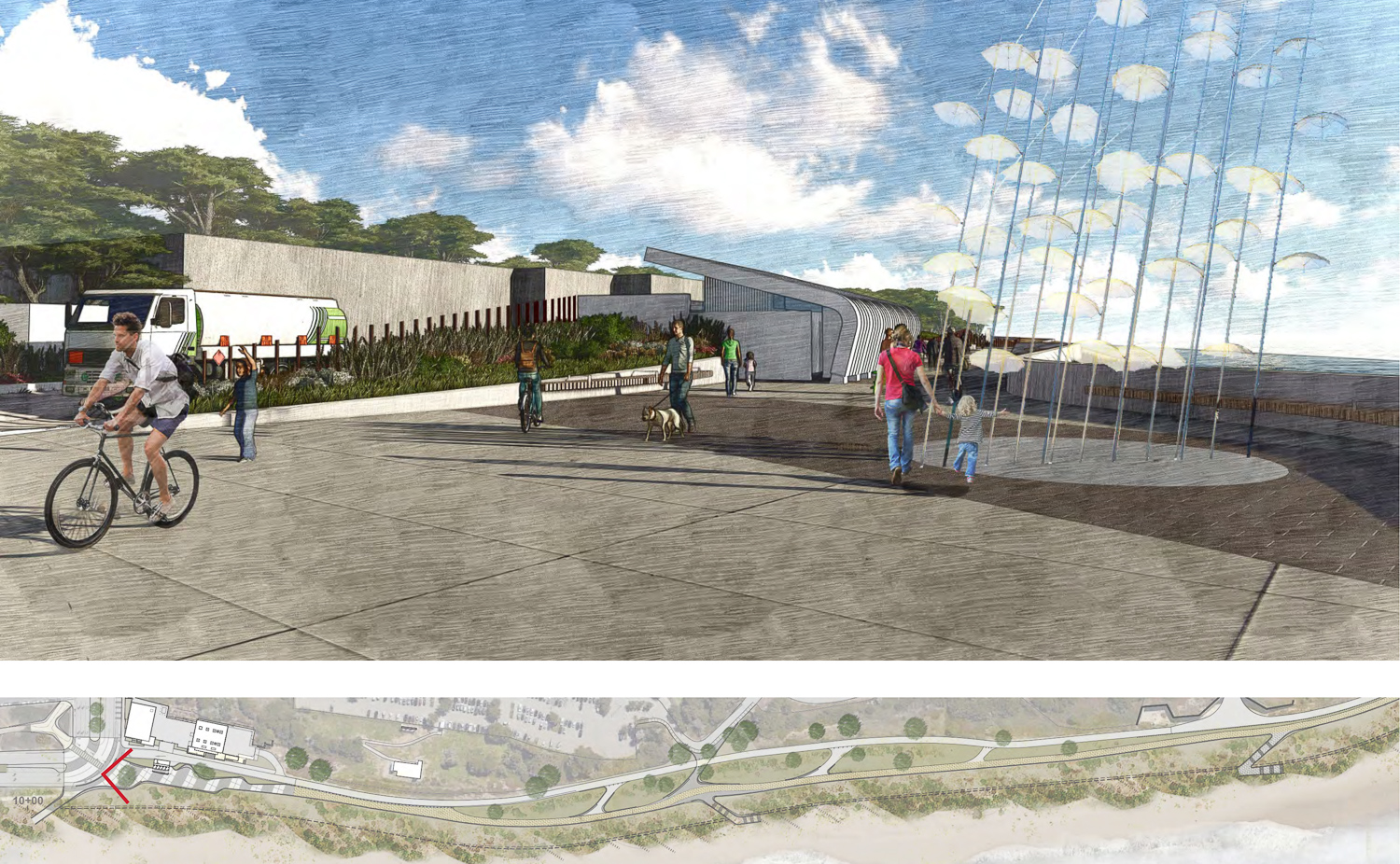 Sloat Plaza and restroom near the intersection along South Ocean Beach, illustration from MFLA

Responding to a direct question about how the project design can accommodate sea level rising from climate change, the Landscape Architect James Munden shared that “we want to have the flexibility of that trail to shift overtime, especially during certain storm events… one idea we were all talking about is that because we have this service road, which is at the eastern-most edge of the site area, that that could potentially start to multi-function as a multi-use trail as well. Or at least if not on that service road, adjacent to it.”

The project manager, Anna Roche, followed up to validate that the project considers how sea levels will rise through the end of the century. The beach will also be monitored yearly for sand loss to replenish the beach with new sand as needed. 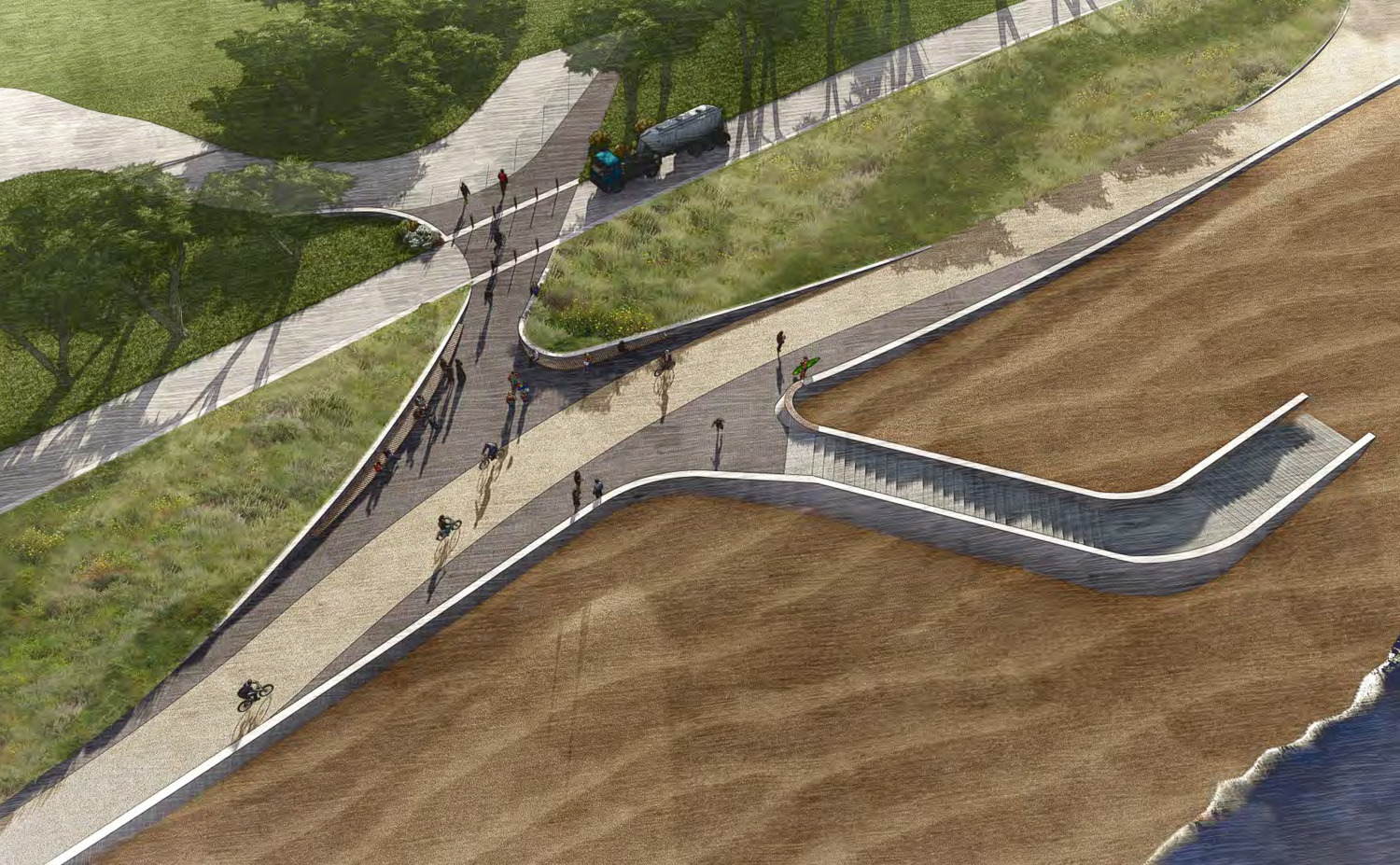 The project approaches South Ocean Beach with five strategies. The first is a buried seawall to protect the Lake Merced Tunnel. Sand dune habitats along the beach will be restored. Closing the great highway will increase the open space for multi-use trails. The surrounding roadways will be changed with intersection improvements. The fifth and final strategy will replace Sloat restrooms with a new and improved bathroom facility.

Construction is estimated to cost $130 million, with roughly $3 million for the restroom and adjacent area. A timeline for construction has not been revealed. The following project review will be for phase one of schematic design next month on April 19th.

Be the first to comment on "$130M Project Presented for South Ocean Beach Landscape Redevelopment, Lakeshore"