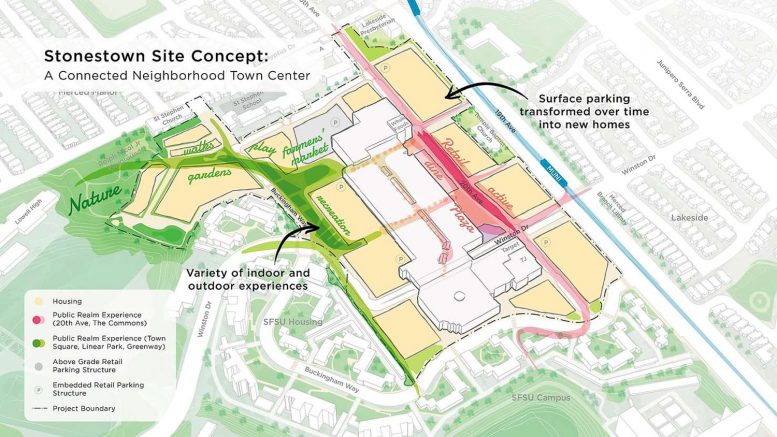 Brookfield Properties has recently presented an updated pitch to the public about the redevelopment of the Stonestown Mall property, located south of the Sunset District and about as far from downtown San Francisco while still being in the city limits. The proposal calls for a mixed-use neighborhood-anchoring project that will make a significant contribution to addressing California’s housing crisis. 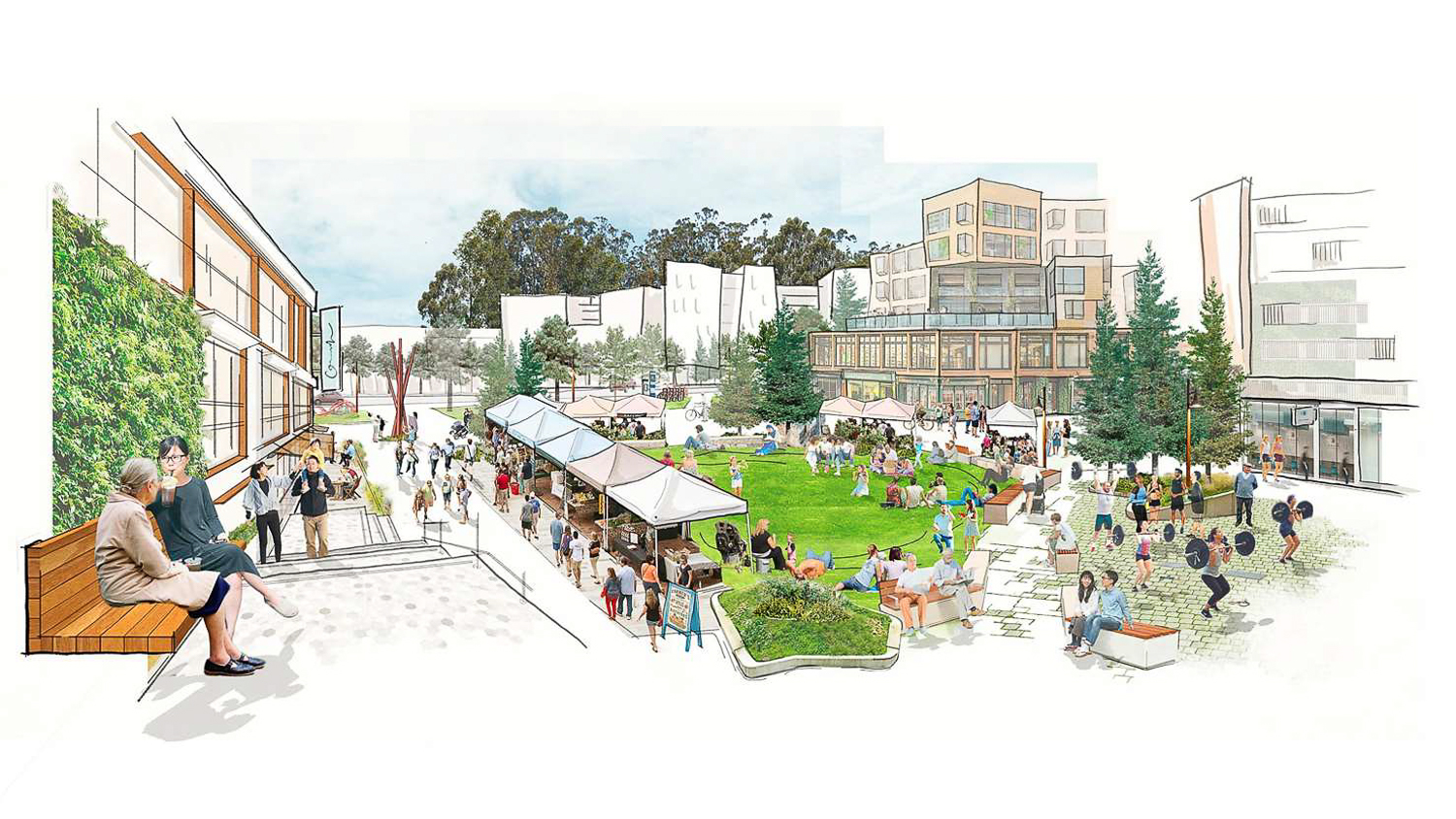 The proposed redevelopment of Stonestown Mall will include approximately a dozen buildings with ground-level retail and public activity. Three buildings are pitched to rise 18 stories, one to rise 14 floors, and the rest below ten floors. There will also be a section for townhomes. Altogether, roughly 2,900 housing units and six acres of green space are proposed on the 30 acres of surface parking on-site. 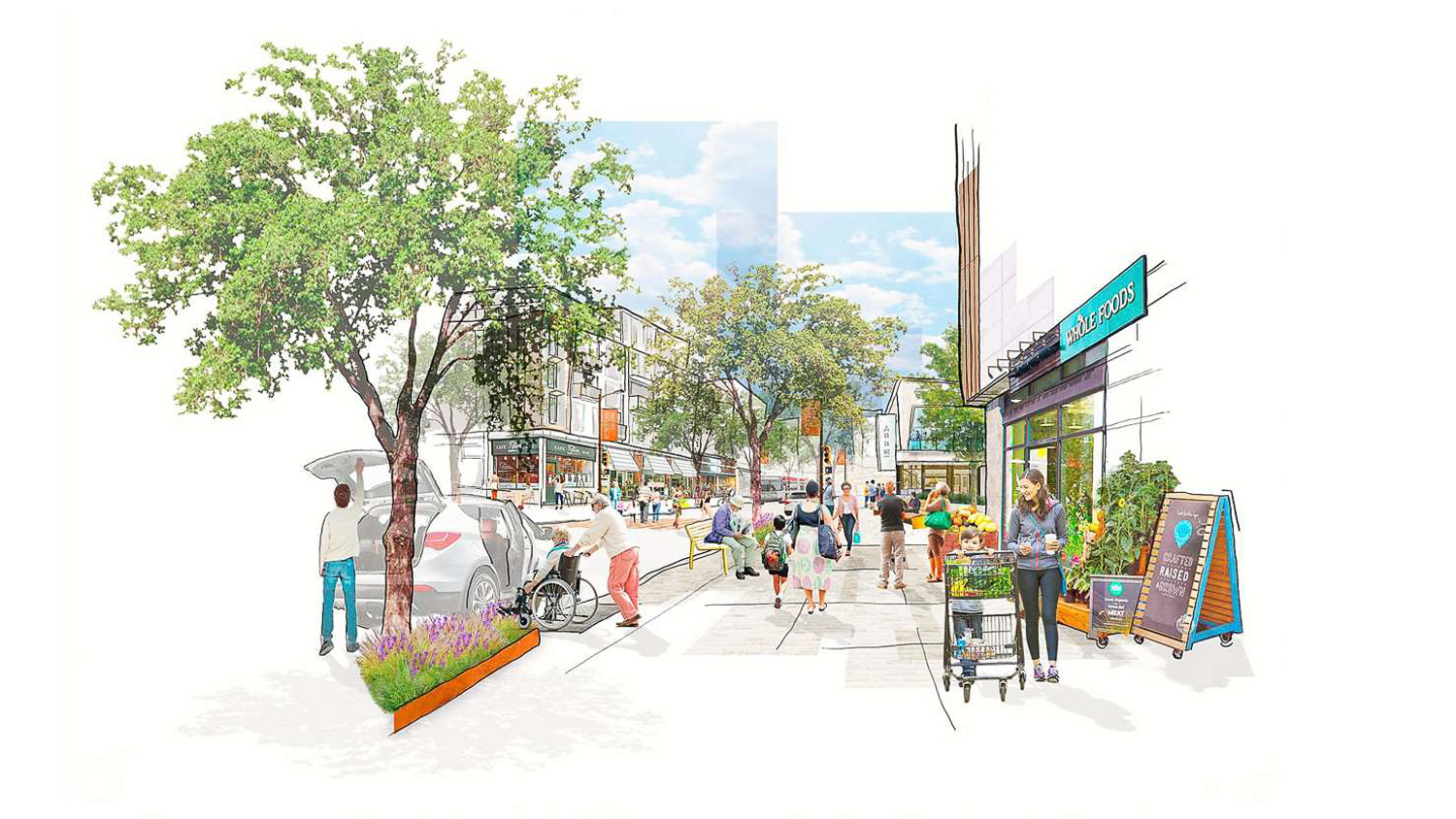 The master planning is being led by the San Francisco-based design firm, SITELAB Urban Studio. The studio writes that they intend to “integrate the mall into a 40-acre residential mixed-use neighborhood — transforming underutilized surface parking lots into a variety of housing, shops, neighborhood amenities, and diverse open spaces serving nearby residents, shoppers, and students at the adjacent San Francisco State University Campus.” 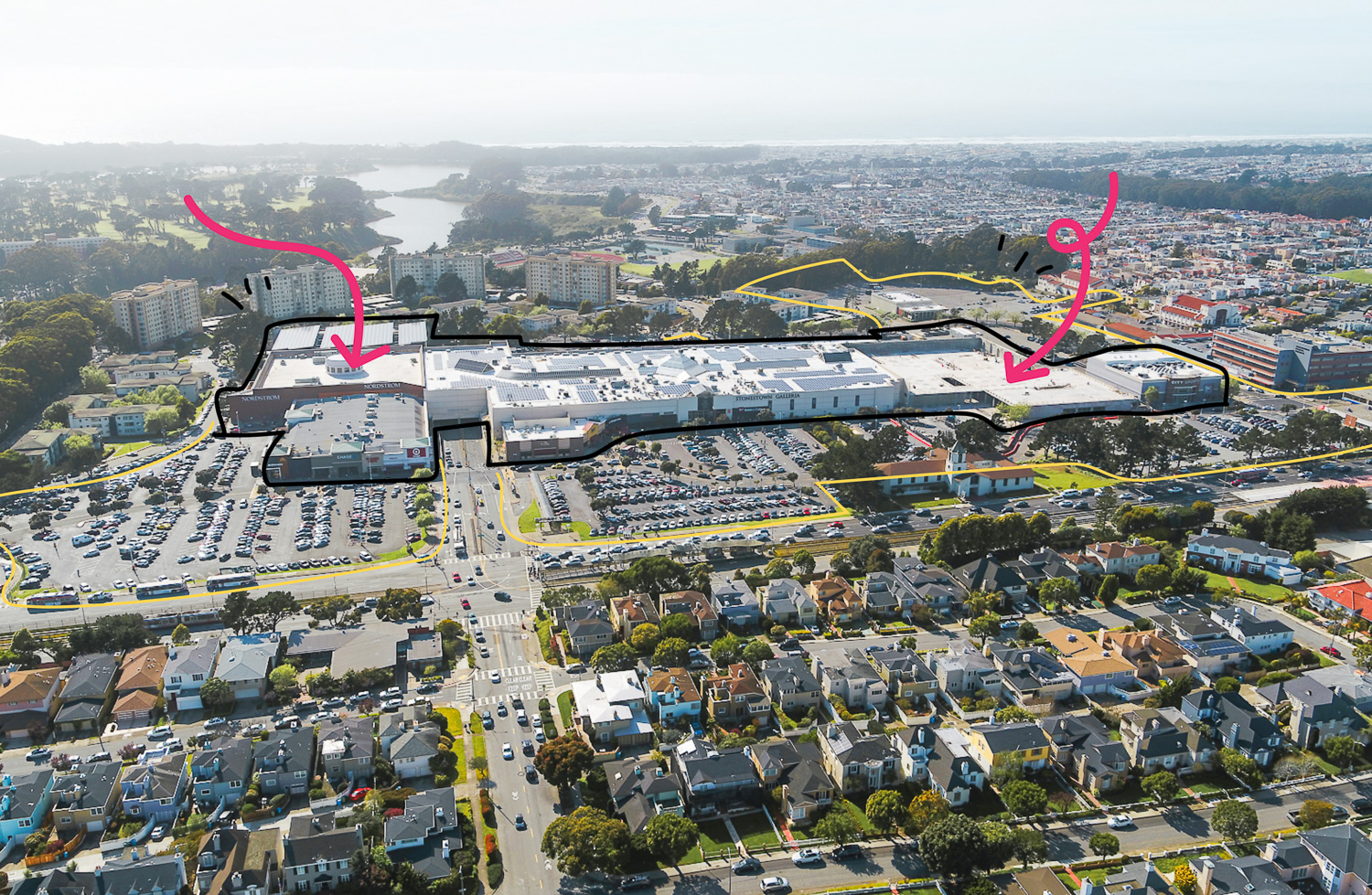 The next major step for the project will be a preliminary project assessment filed with the city planning department to kick off formal planning. Construction is expected to begin as early as 2024, with the full process taking a drawn-out ten to twenty years for full build-out. 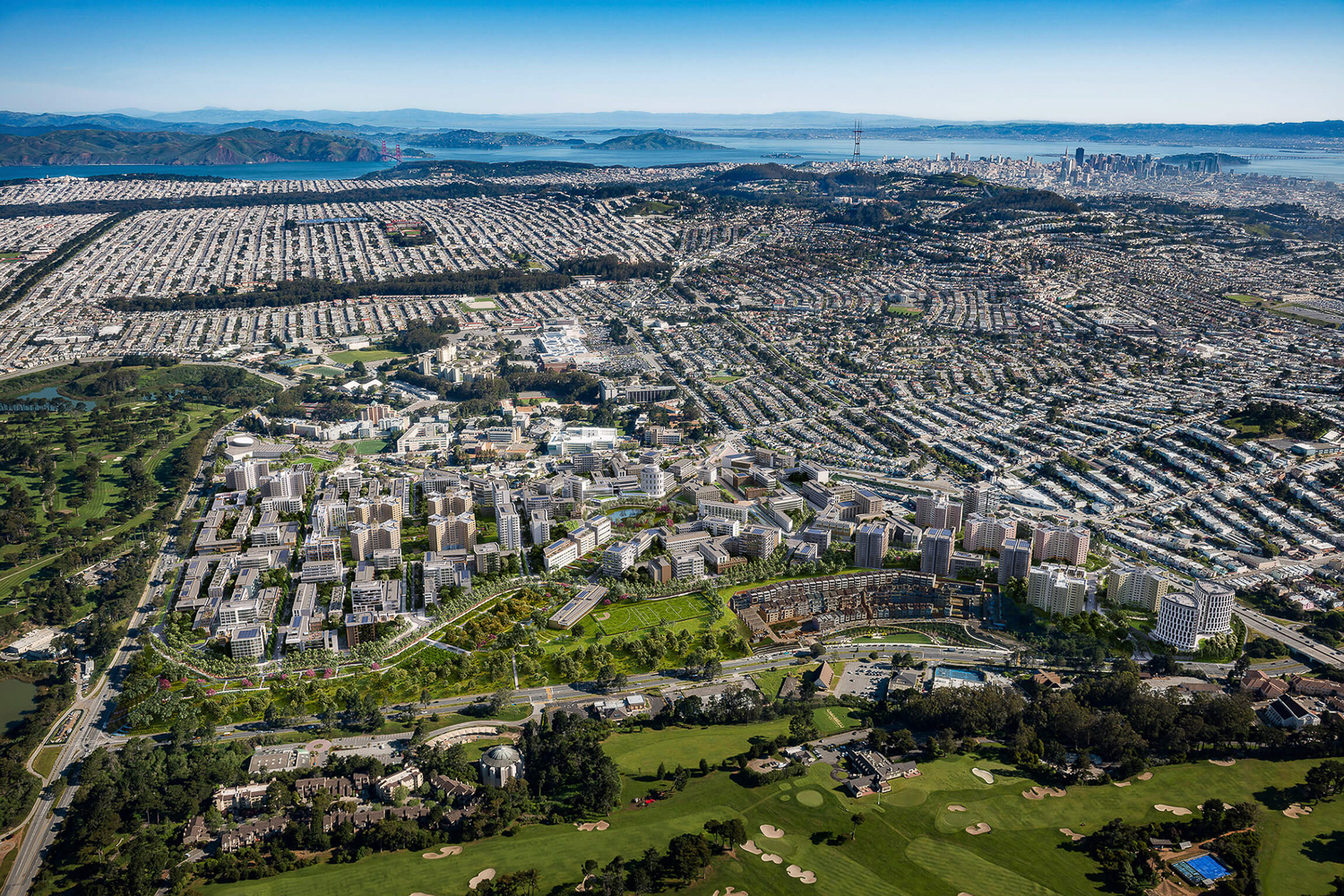 The project is complemented by the nearby construction of 5,679 new units in Parkmerced. Parkmerced is a development from Maximus Real Estate Partners, with masterplanning and architecture from SOM and a host of other architects.

1 Comment on "Brookfield In The Early Stages of Planning 30-Acre Redevelopment at Stonestown Mall, San Francisco"