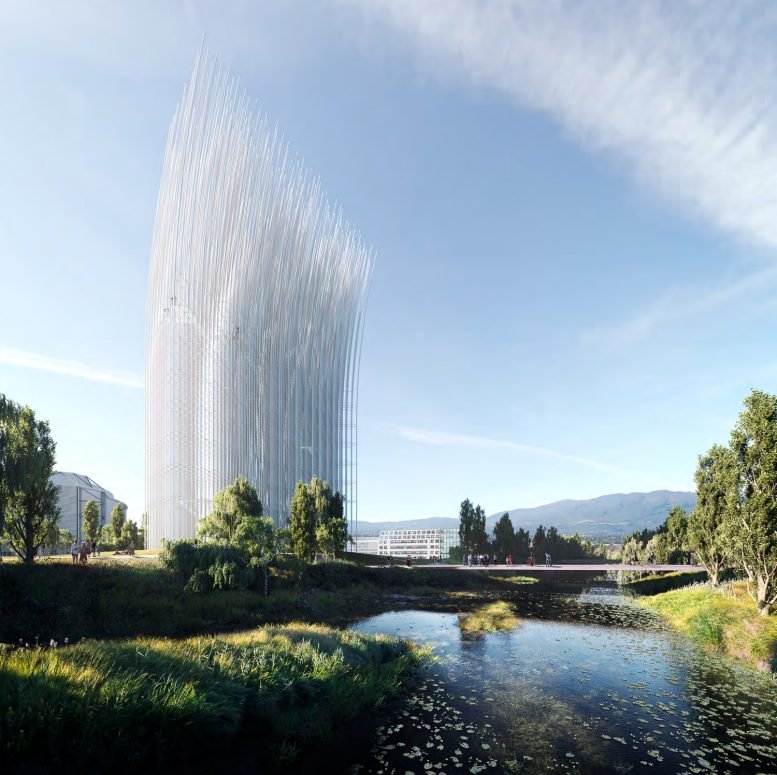 The non-profit organization, Urban Confluence Silicon Valley, announced yesterday that they chose The Breeze of Innovation as the winner in their international competition for a new landmark in Downtown San Jose. The winning art piece, which the organization will gift to the City of San Jose, has a central structure surrounded by five hundred poles rising two hundred feet above the ground. between the poles, there will be a cafe, exhibition room, and observation decks for the public. SMAR Architecture Studio is responsible for the submission. 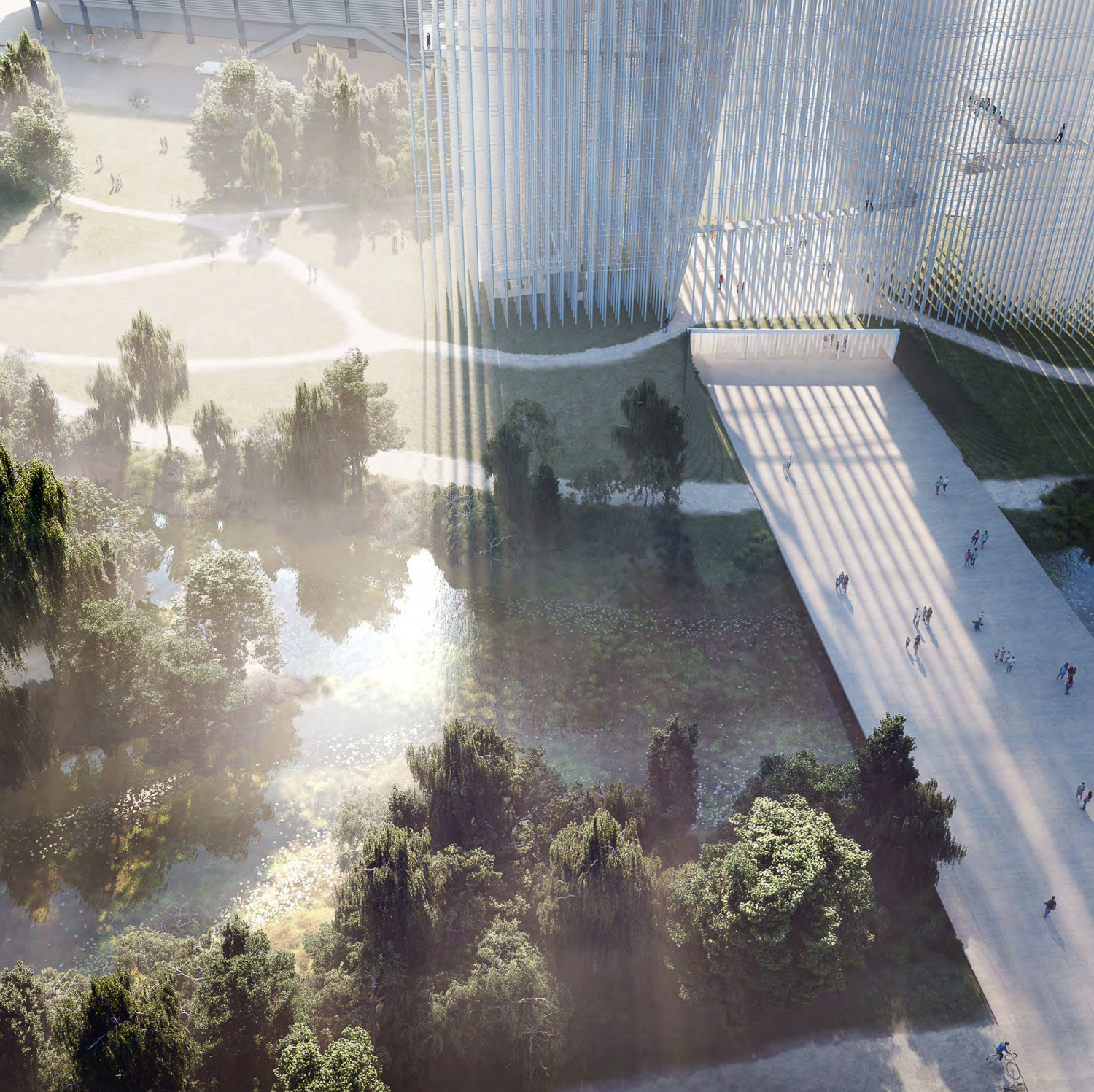 Breeze of Innovation proposed bridge connecting with the Arena East, conceptual addition to the project which would require city approval, rendering from SMAR Architecture

“Silicon Valley is not about replicating the past; it’s about shaping the future. Our goal from the beginning was to capture the ever-changing magic of Silicon Valley while also creating a deep connection with the San José community,” said designer Fernando Jerez in a press release from Urban Confluence. “This is why we came up with the idea of designing a dynamic landmark, one that is alive, moving with the wind and light, a magical space that includes a tribute to the San José Electric Light Tower of 1881. We want visitors to enjoy a unique experience on their ascent, connecting with the memory of the Valley while dreaming about its future possibilities.” 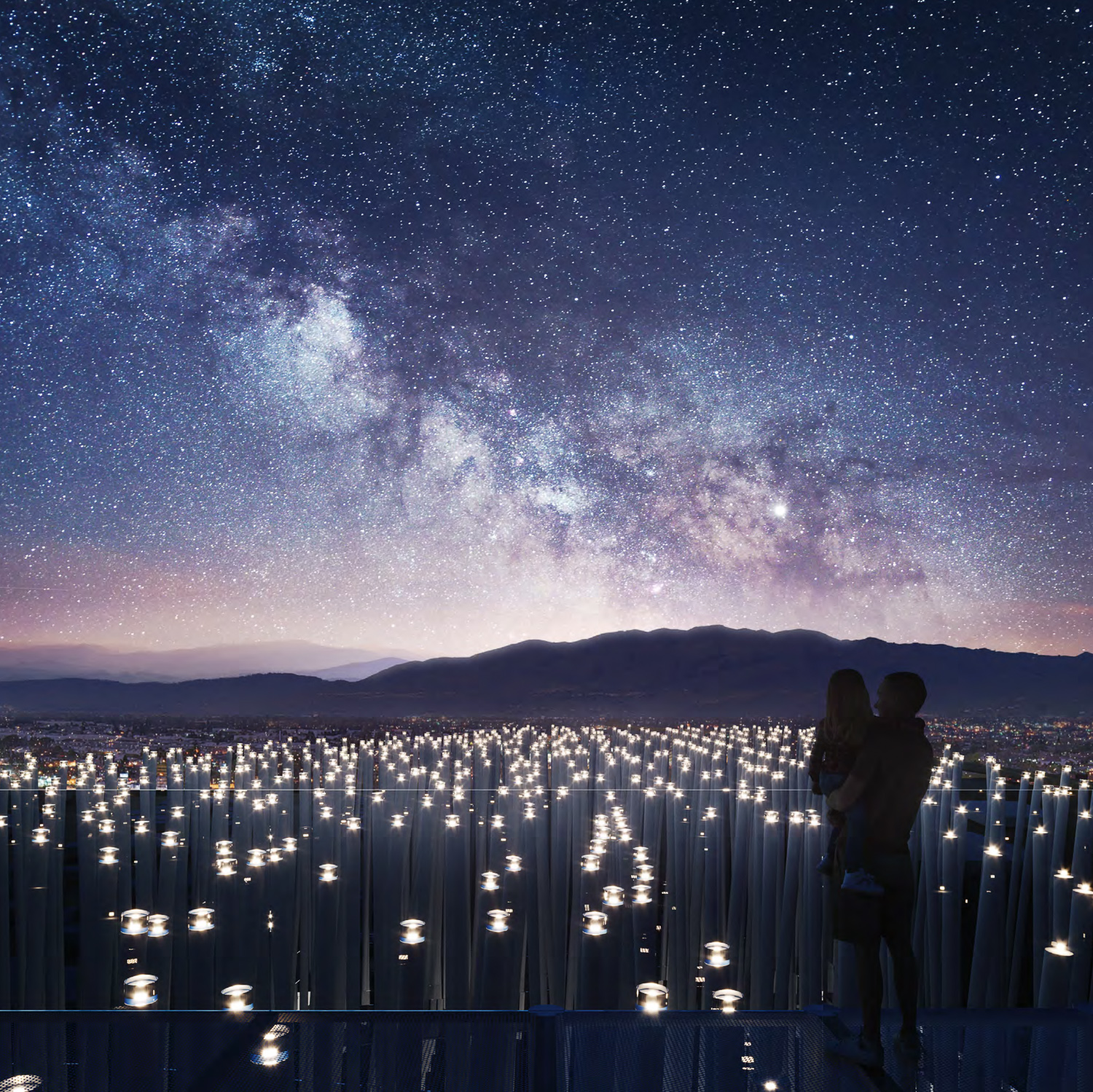 Breeze of Innovation observation platform, with lights that react to wind, rendering from SMAR Architecture 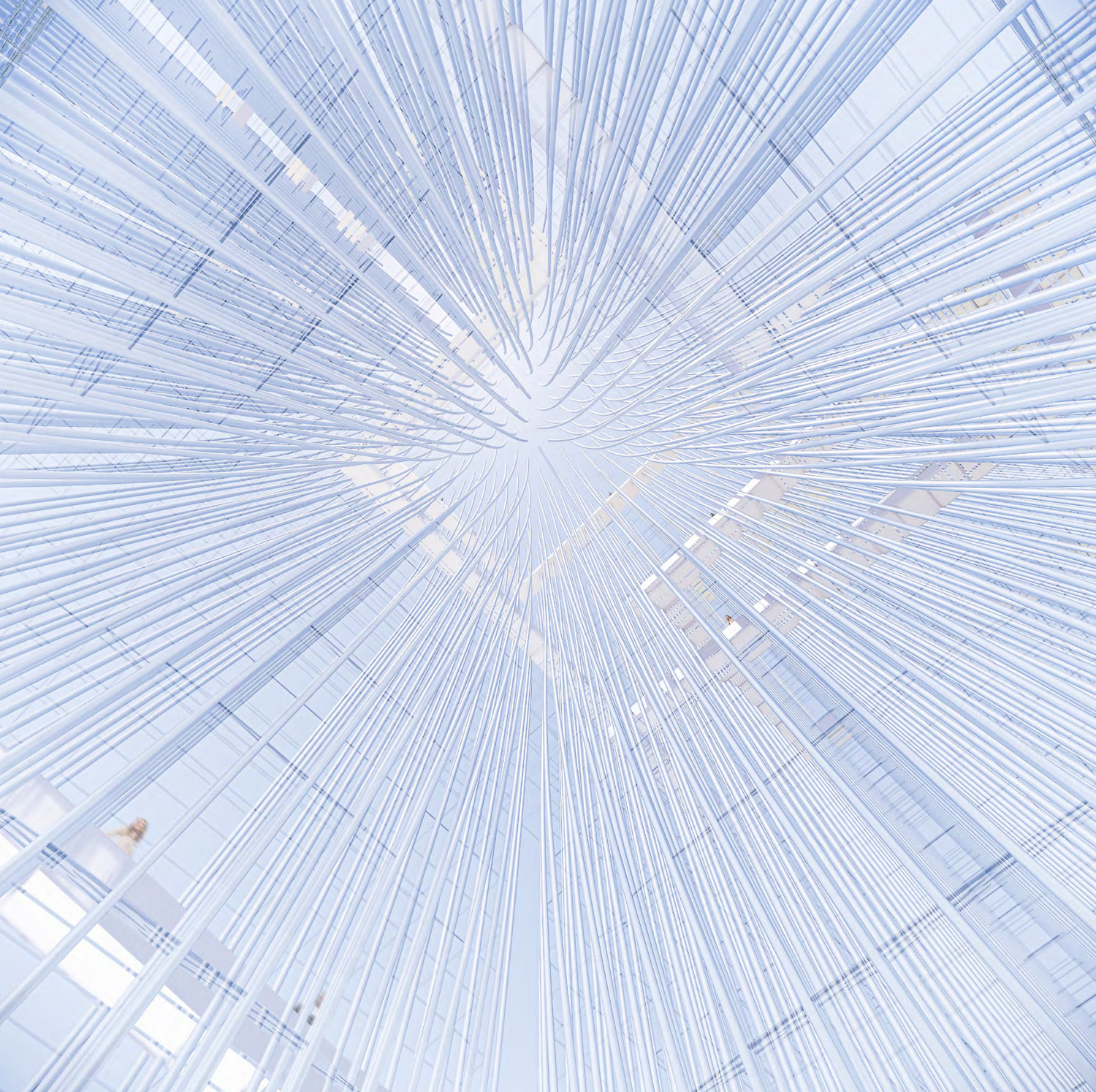 The Breeze of Innovation includes a proposal to add a bridge across the Guadalupe river, though this requires additional approvals. 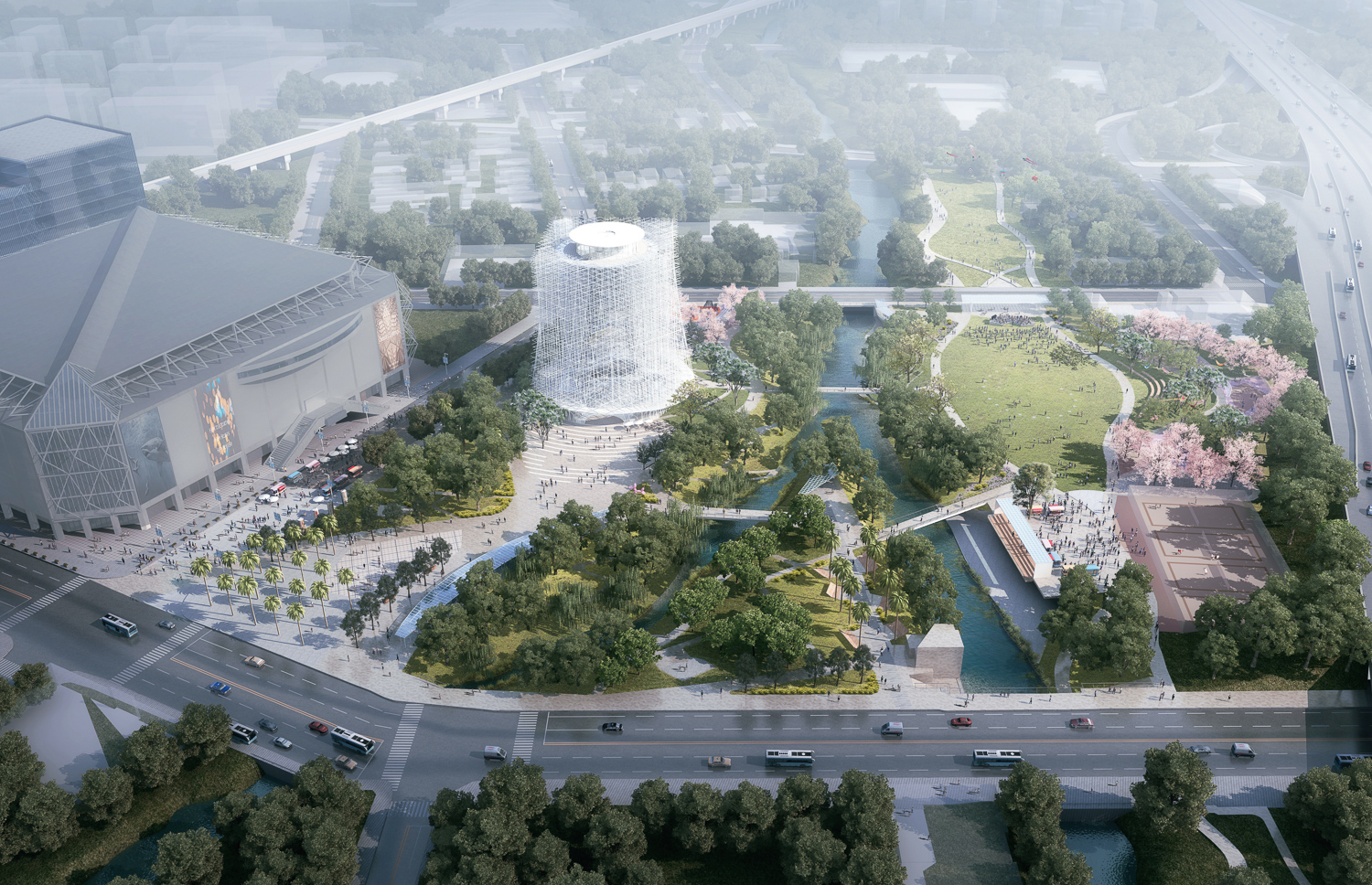 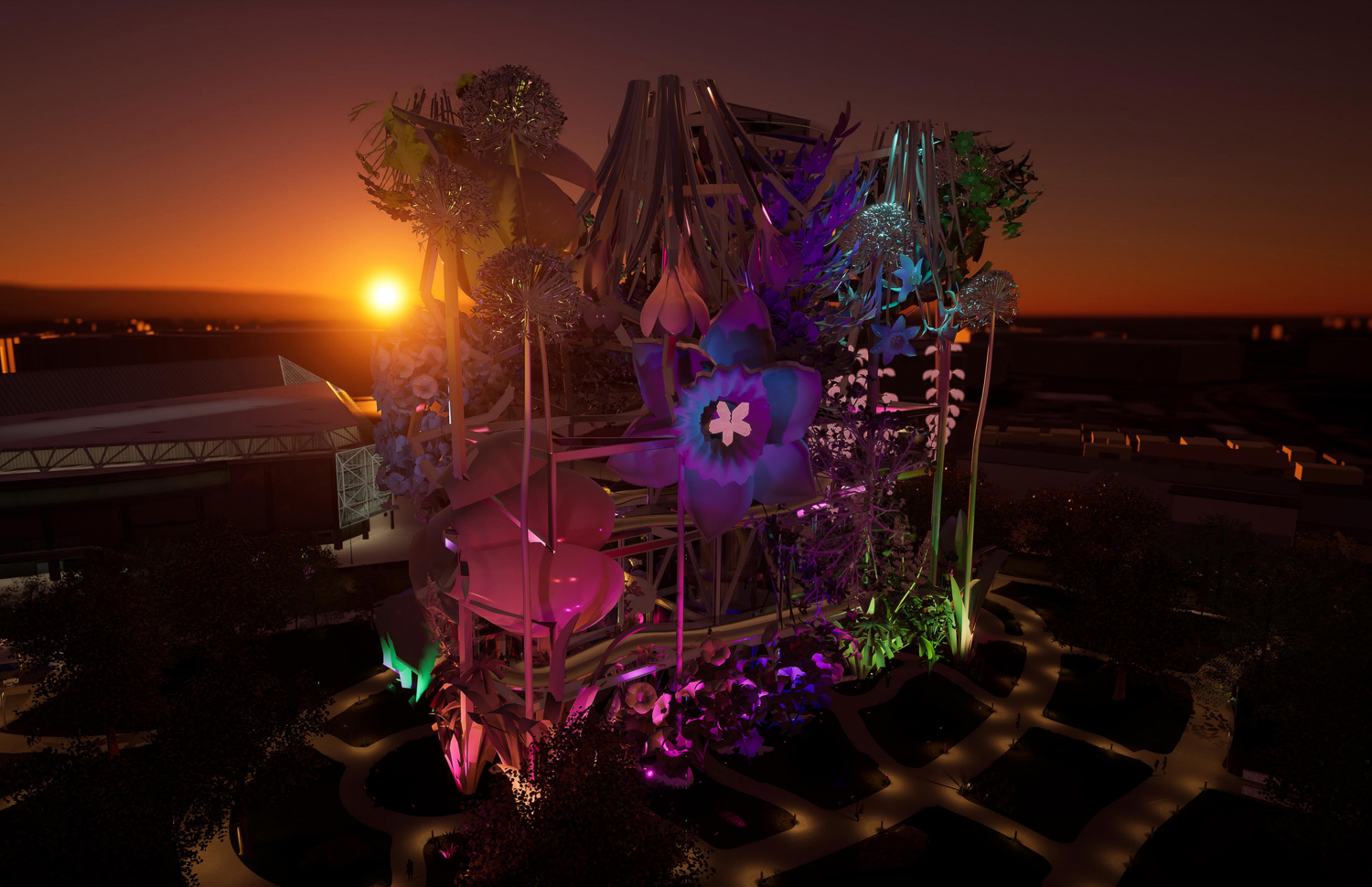 The competition was held between 963 submissions from designers from 72 countries. The two runner-ups in the competition were the Welcome to Wonderland, with design led by Huitt-Zollars, and Nebula, designed by Co-Milieu. 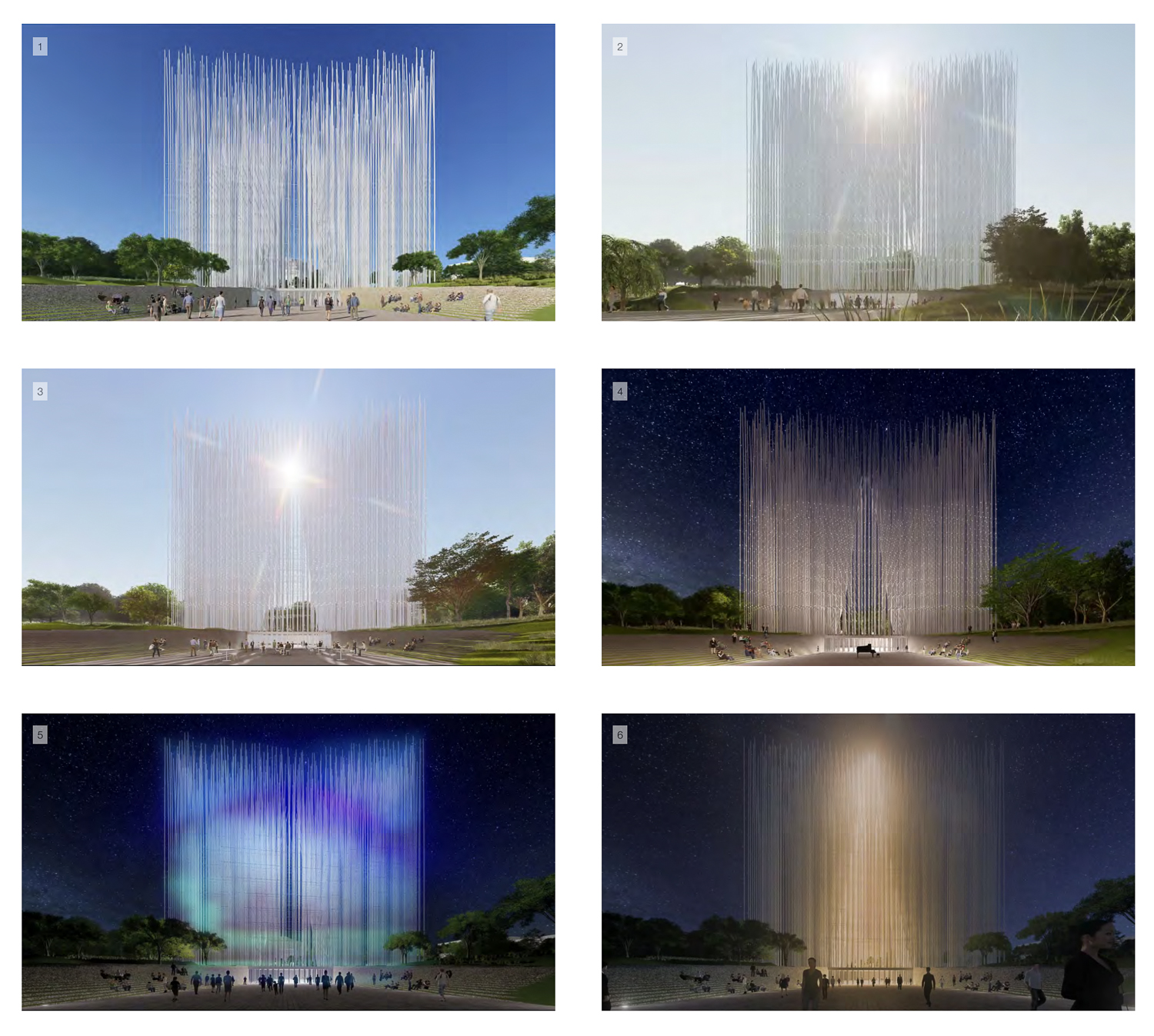 So far, the project has raised more than $2.5 million, with fundraising ongoing. A timeline for construction has not been shared. The installation will rise adjacent to two lots that were recently rezoned to allow for 200-foot high-rises as part of the Diridon Station Area Plan.