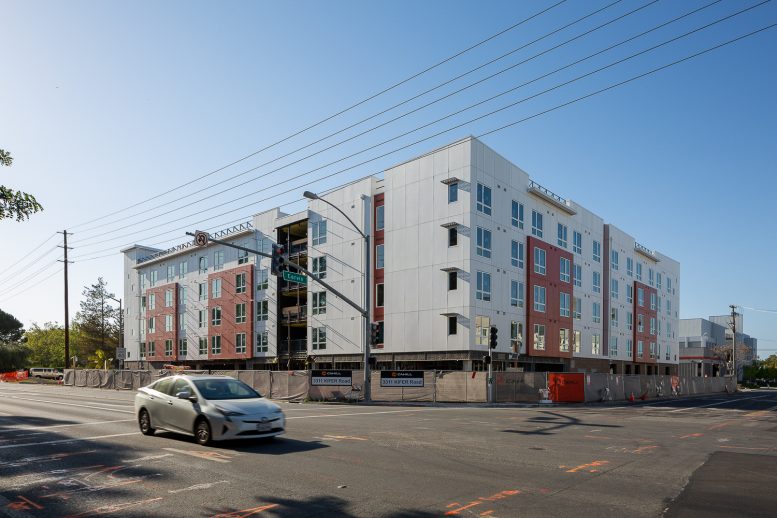 Contractors have nearly finished installing the facade for a new affordable housing project at 2904 Corvin Drive, located in the Lawrence Station Area Plan in Santa Clara. The five-story building will yield 77,430 square feet of residential space with 143 affordable micro-units designed for single occupancy. Mayers Architecture is the design architect, with Lowney Architecture servicing as the architect of record. 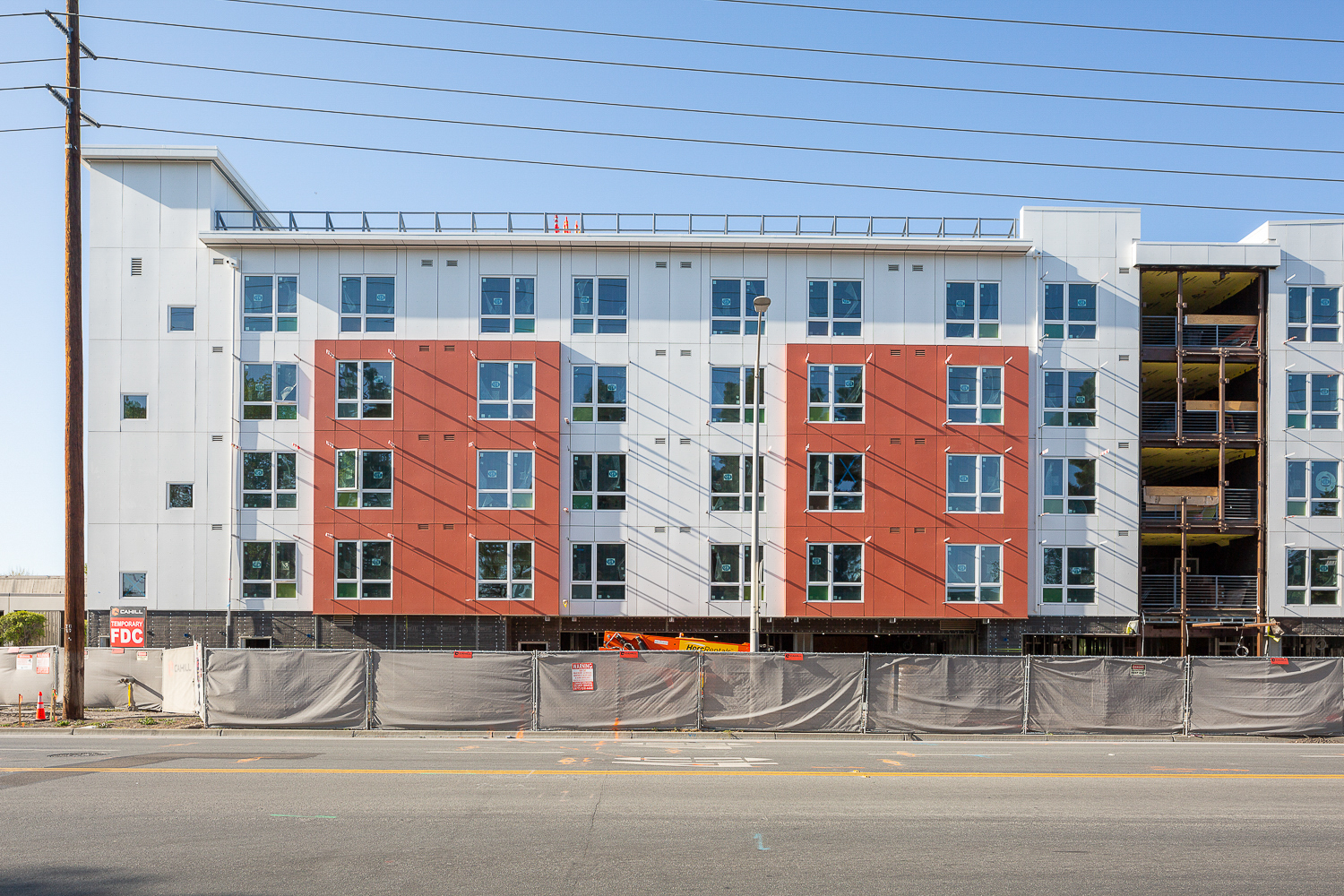 Adobe Services and Allied Housing are developing new affordable housing. The Santa Clara County Housing Authority will provide funding for 80 permanent supportive housing units with a combined contracted annual rent of $1.8 million for the government agency. The 80 units will benefit from project-based vouchers, which could expire after twenty years or be automatically renewed for another twenty years. The remaining 63 units will be designated as low-income affordable housing.

The 55-foot structure will yield a total of 88,250 square feet, of which 77,430 square feet is for residential use beside surface parking for 68 vehicles. Along with the 143 affordable units, there will be one manager’s unit. The project benefits from SB 1818, which granted a 35% bonus in housing capacity. The ground floor will have supportive services, including wifi-serviced offices and a community room. 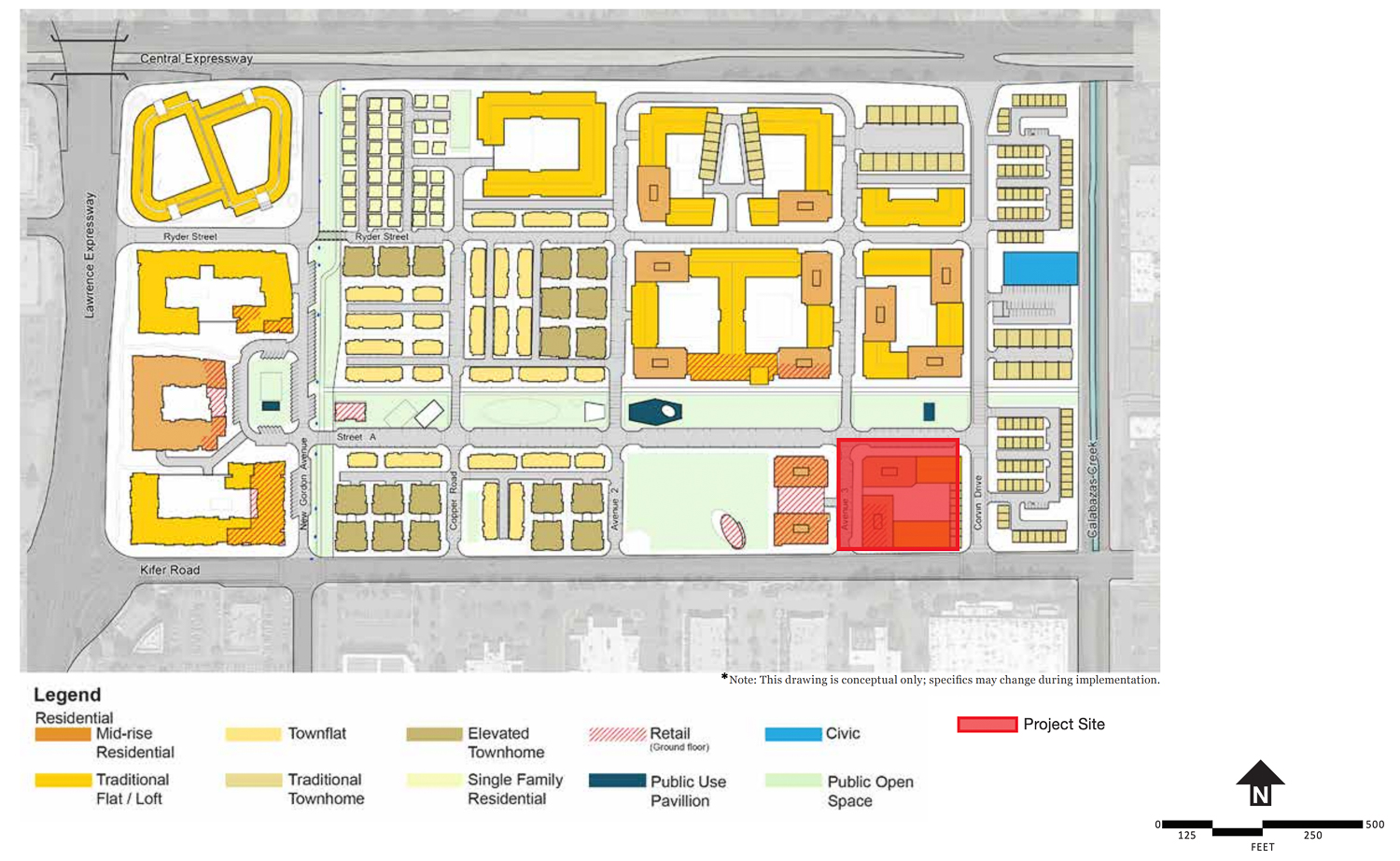 The building will rise into a burgeoning neighborhood with several other construction projects underway. Directly across from 2904 Corvin Drive is a multi-structure and partially-open One Lawrence Station residential project by the Toll Brothers. Allied Housing Inc are also developing plans for another multi-unit affordable housing project nearby at 3335 Kifer Road.

Be the first to comment on "Affordable Housing Nearly Complete for 2904 Corvin Drive, Santa Clara"