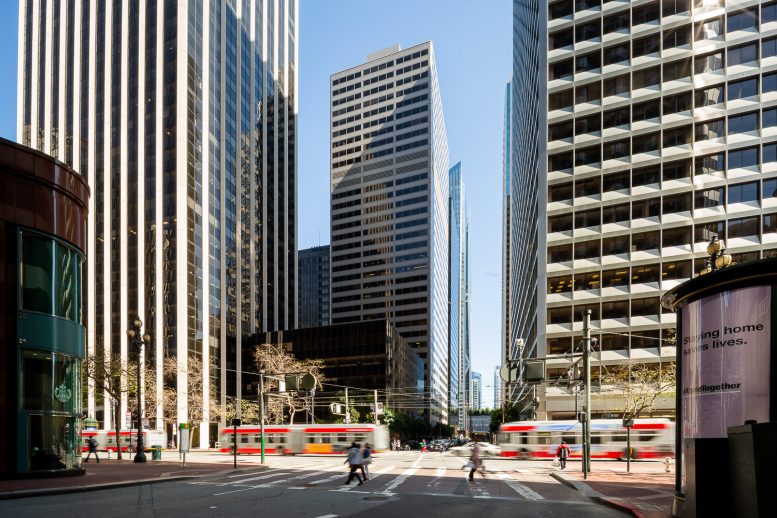 45 Fremont Street viewed from across Market Street with buses in the foreground, image by Andrew Campbell Nelson

The 476-foot tall office building at 45 Fremont Street is tied as the 37th tallest building in the Bay Area planned or built. The low-profile tower was completed in 1978 by Shorenstein Properties, one of the city’s most prominent landlords, and involved with three other properties already featured on the SFYIMBY Tallest 52 Towers countdown. 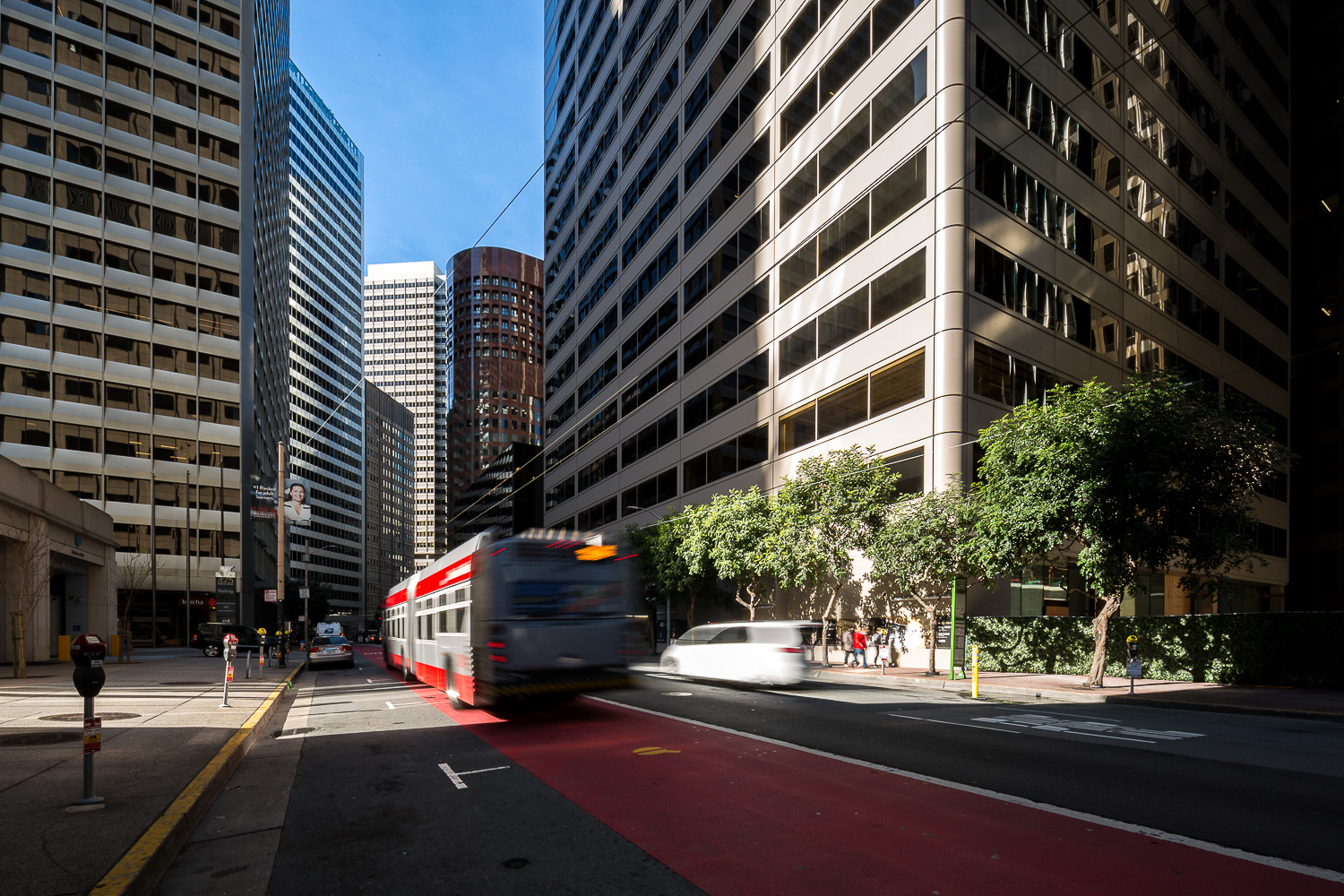 45 Fremont Street looking toward the illuminated 100 Pine Street which has the same roof-height, image by Andrew Campbell Nelson 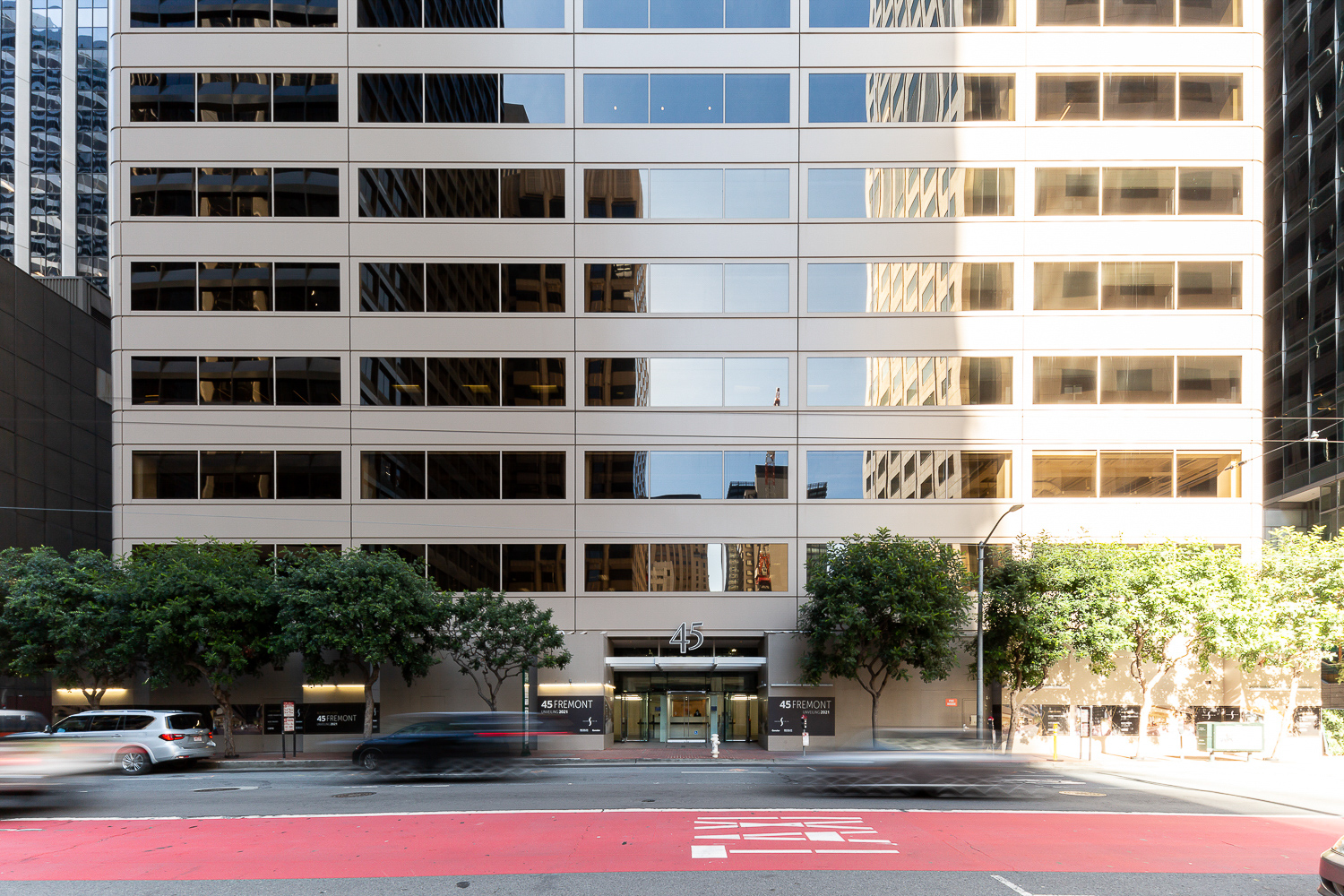 Shorenstein is currently working on expanding and renovating the building’s lobby and adjacent landscaped plaza. The office space is occupied by the Wells Fargo Securities and Investment Banking divisions, KPFF Consulting Engineers, and the San Francisco offices for the much-covered Gensler architecture firm. 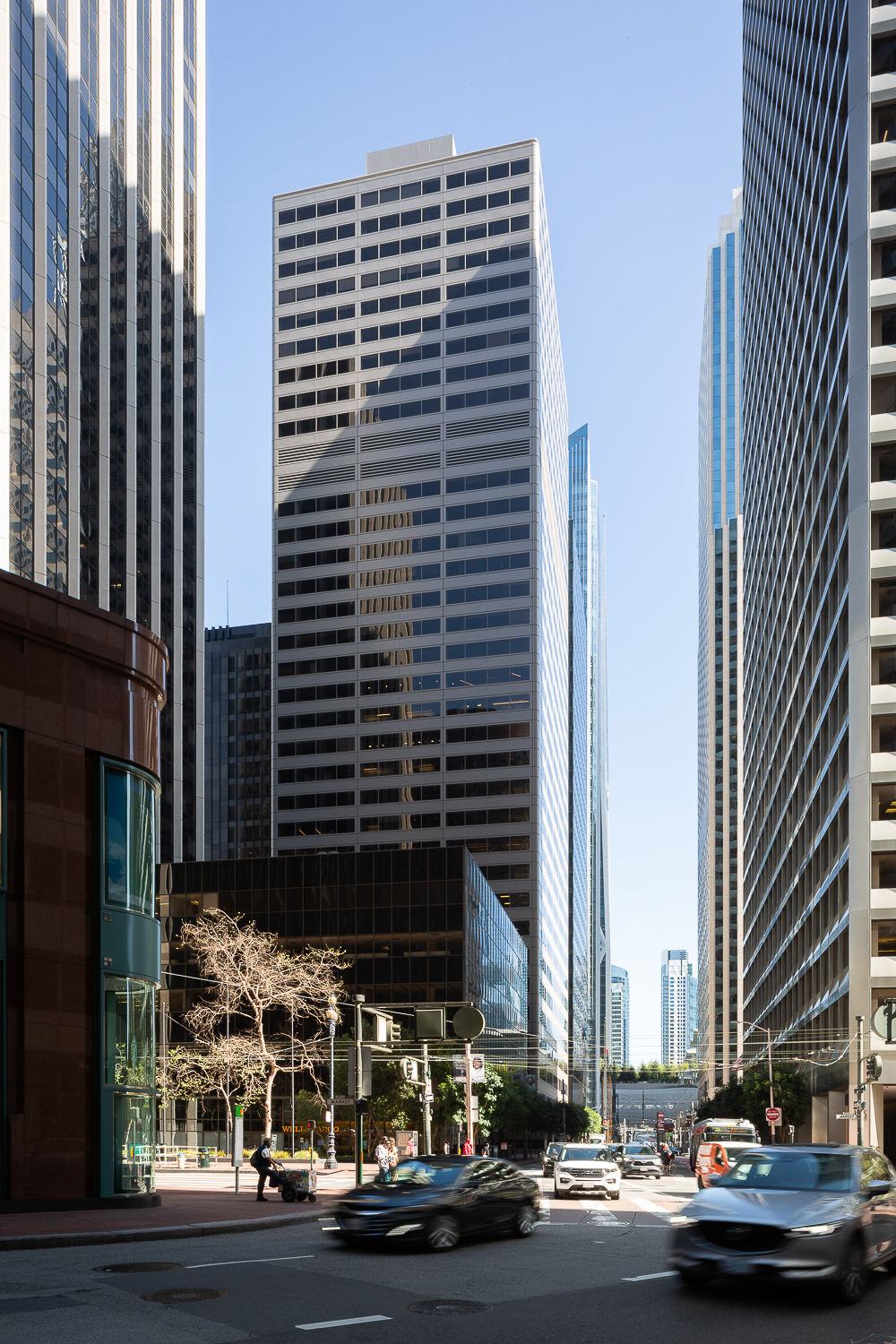 Skidmore Owings & Merrill is the original design architect. The modernist building is clad with aluminum and glass to form a flat two-dimensional facade extending repetitively from the second level to the parapet. 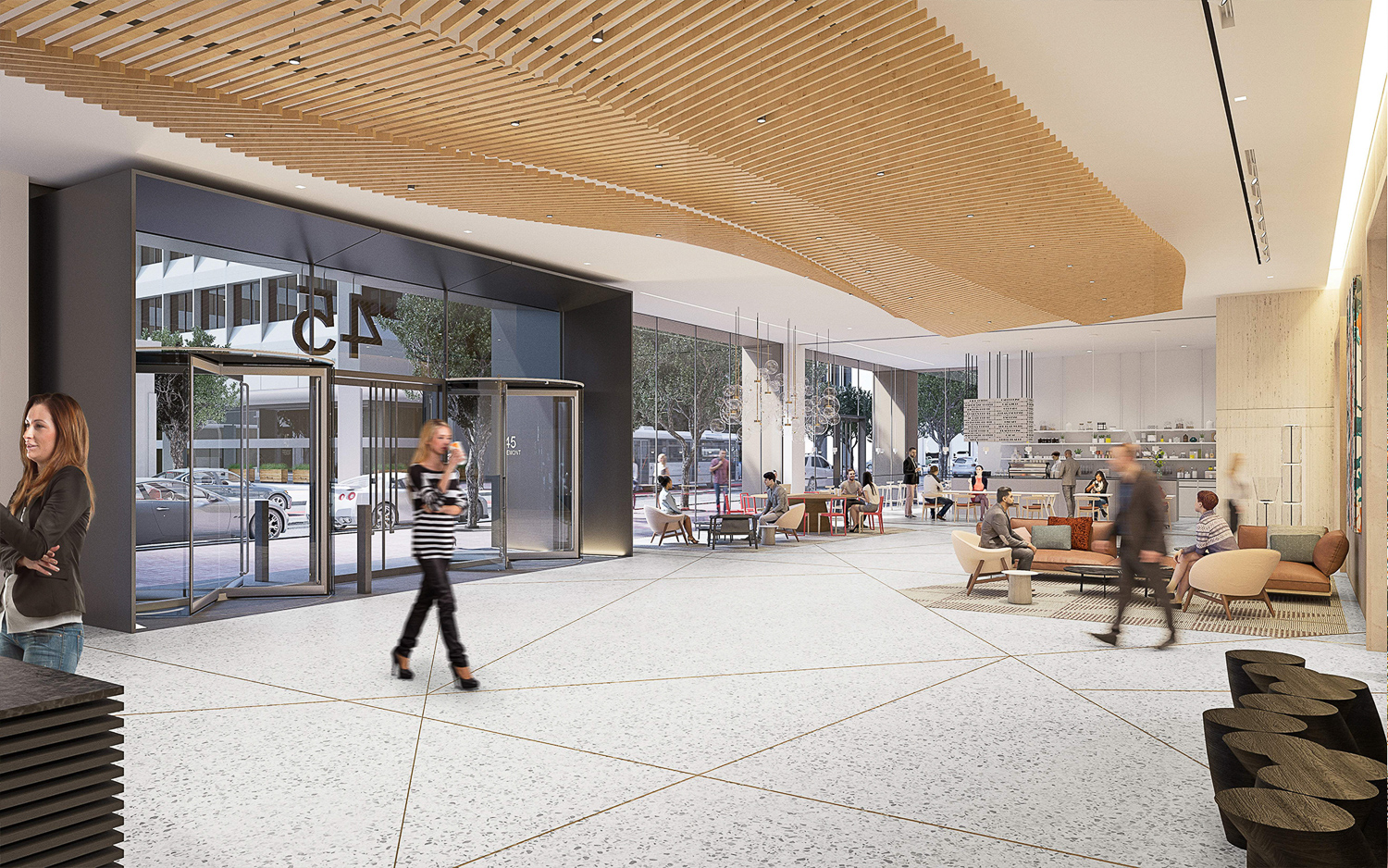 The property was part of an engaging deep dive into real estate taxes by KQED in October of 2020. In 2017, Blackstone purchased a 49% ownership stake from Metlife for $233 million, estimating the full market value at $475 million. This came after the city’s assessor’s office projected the property’s value to be $232 million. Shorenstein maintains a 51% ownership share. 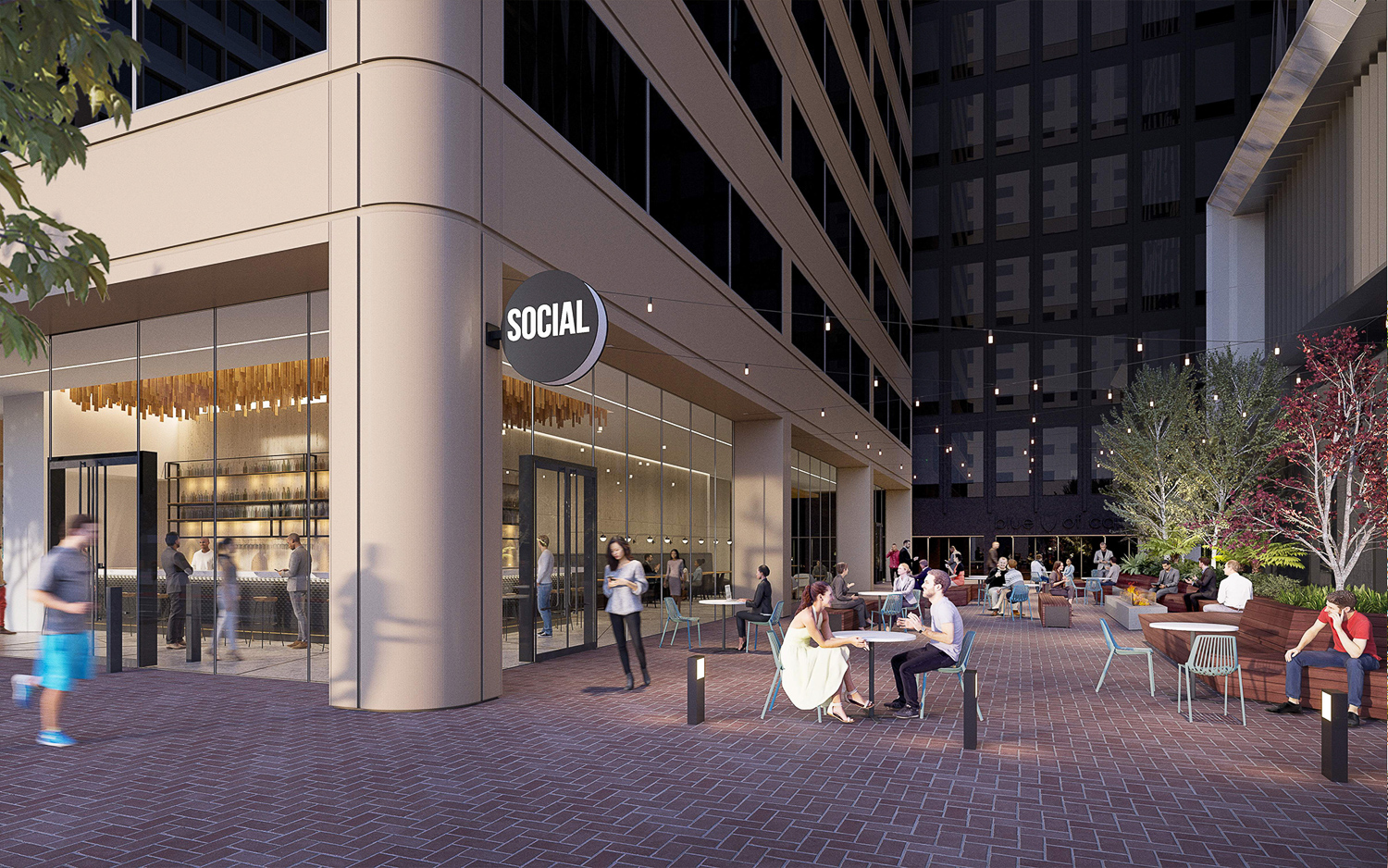