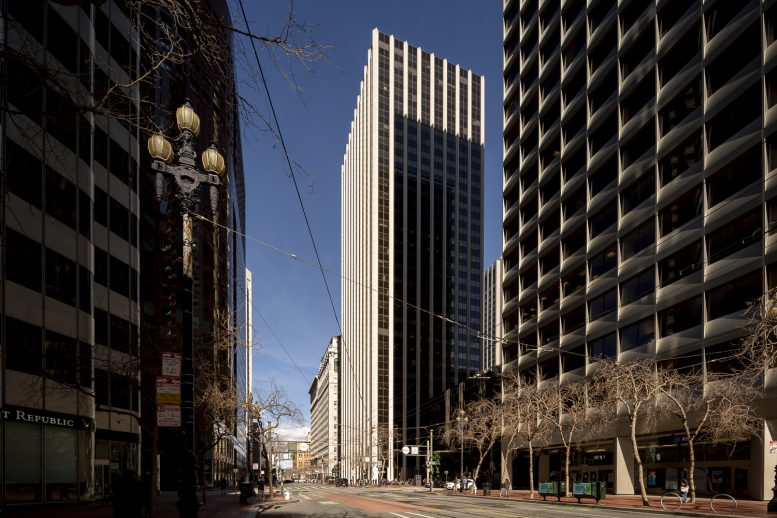 The 33-story office building at 333 Market Street is the 39th tallest building in the Bay Area planned or built with a rooftop height of 472 feet tall. The skyscraper was built between 1979 and 1981 by developer Shorenstein Properties in SoMa, San Francisco. With diamond-shaped precast concrete columns extending uninhibited from the street to the parapet, the modernist tower is the design of Los Angeles-based Gin Wong & Associates. 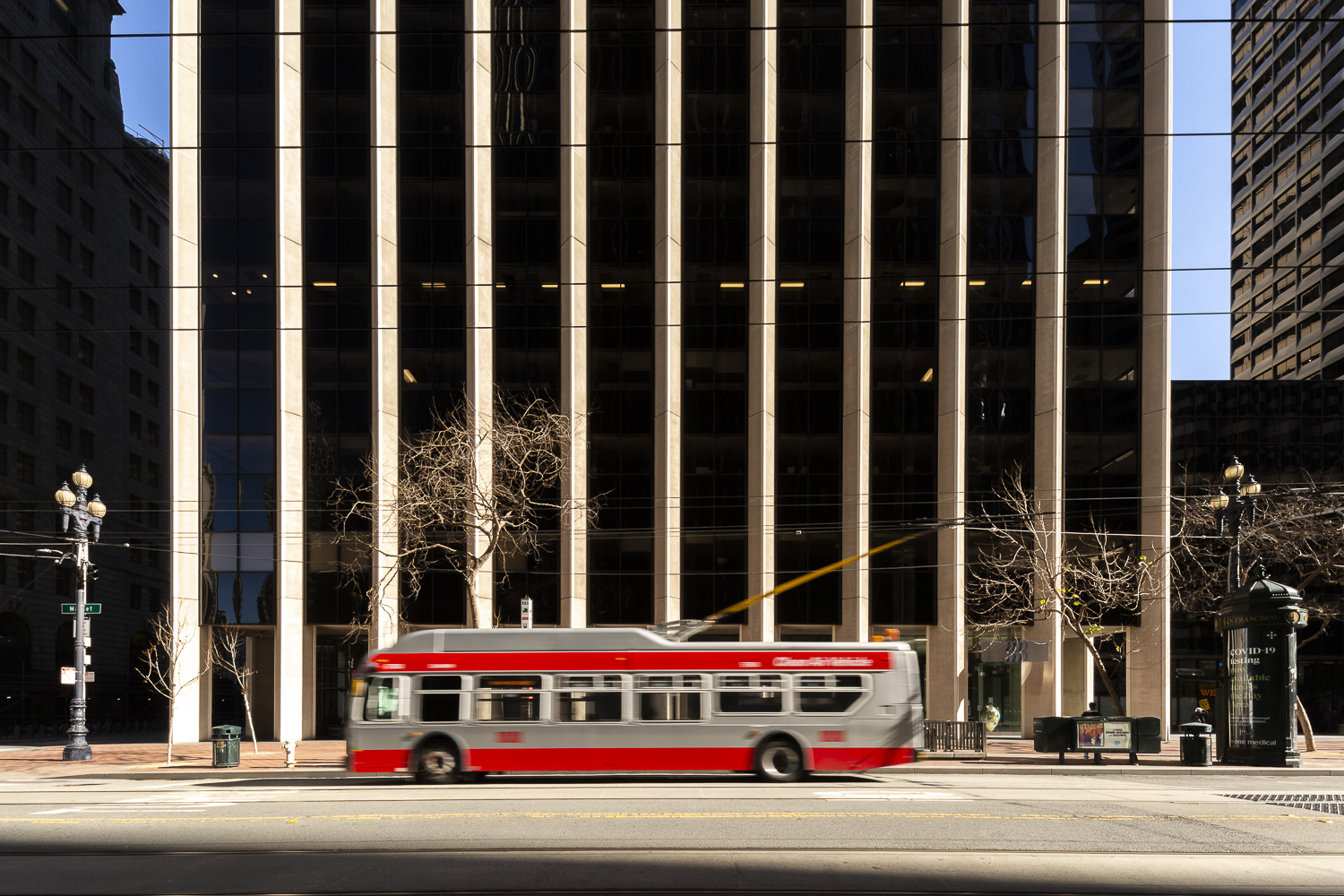 The 472-foot tower ascends from a 44,120 square foot L-shaped parcel with a main tower and shorter annex to create 656,000 square feet of rentable office space. The tower was renovated in 2007 before being acquired by the Columbia Property Trust REIT in 2012 for $395 million. The majority tenant of the property is the troubled San Francisco-based Wells Fargo Bank. Wells Fargo first became associated with 333 Market Street after purchasing the site from the original developer, Shorenstein Properties, for $160 million. 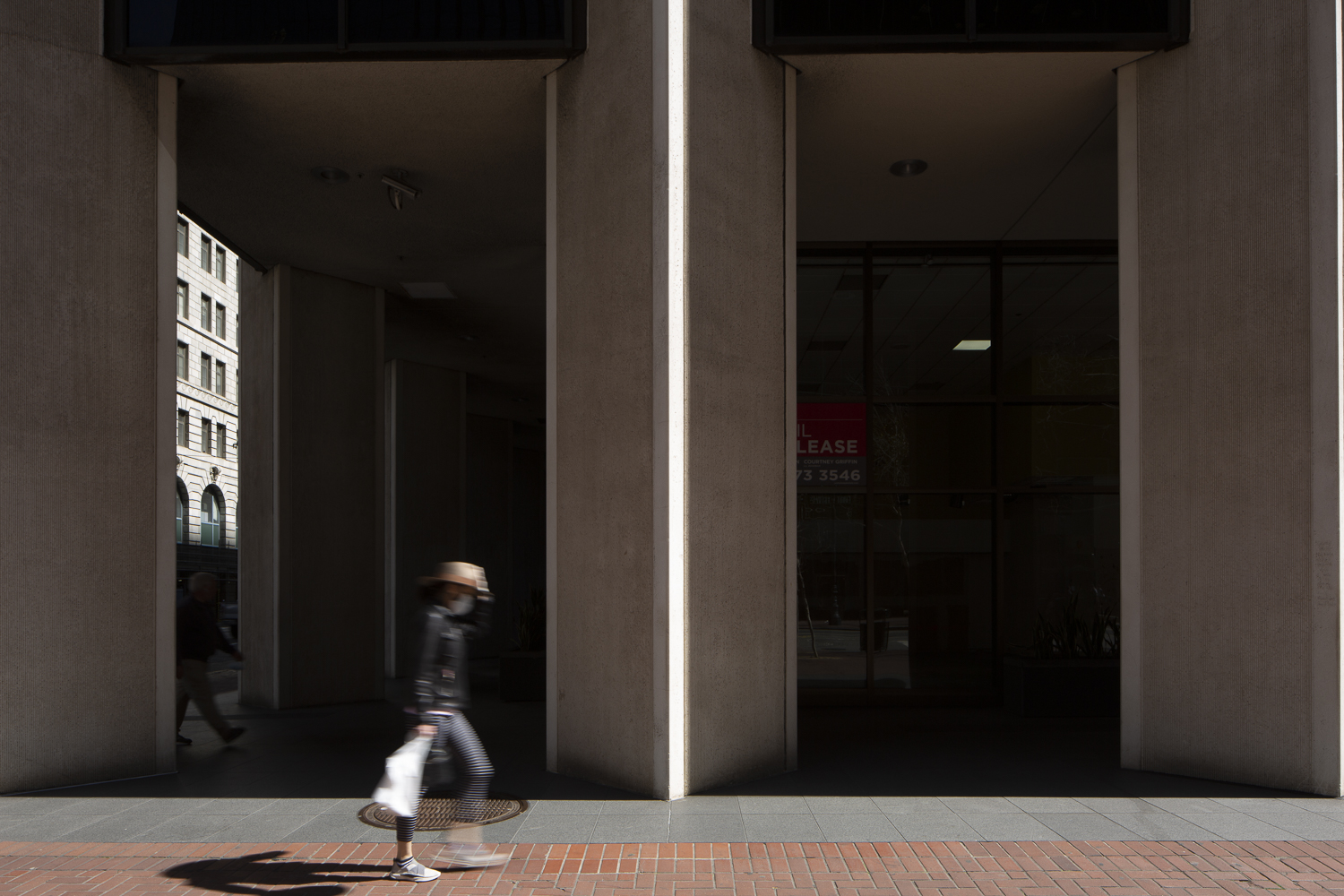 Gin Wong Associates is the architect behind 333 Market Street. The California-based firm was founded by the Guangzhou-born American architect, Gin Wong. Mr. Wong passed away in September of 2017 at the age of 94. He had a talent for visionary award-winning design. His portfolio reflects the evolution of the architectural field writ large, moving from mid-century futurism in the 50s and 60s to restrained modernism by the 1970s. 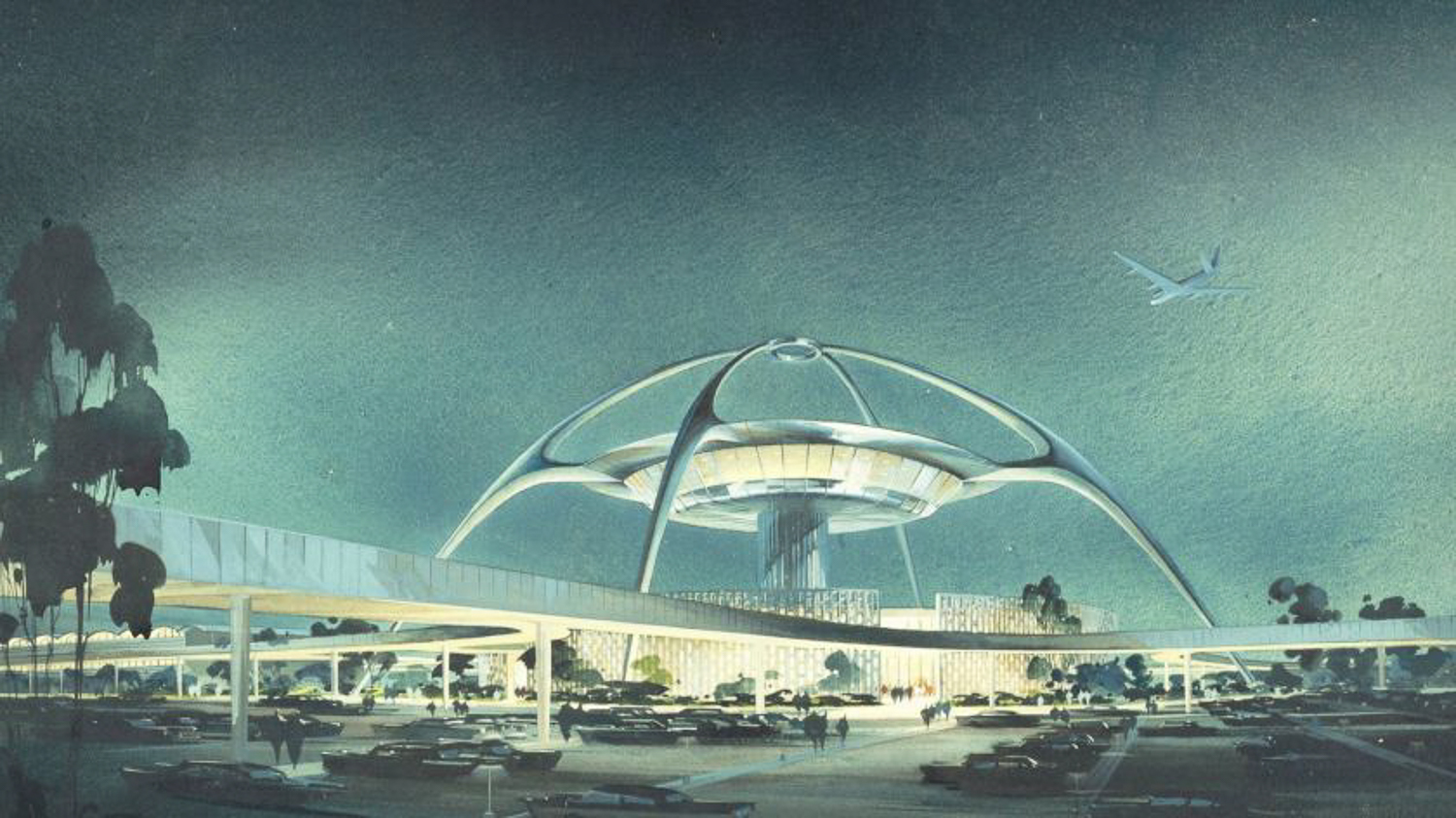 Mr. Wong served as chief designer and president for William L. Pereira Associates. While at Pereira, Mr. Wong was part of the team behind the LAX Theme Building as it rose from 1957-1961. He created his most influential design in Los Angeles 1965 with the spaceship-capped Union 76 Gas Station in Beverly Hills. 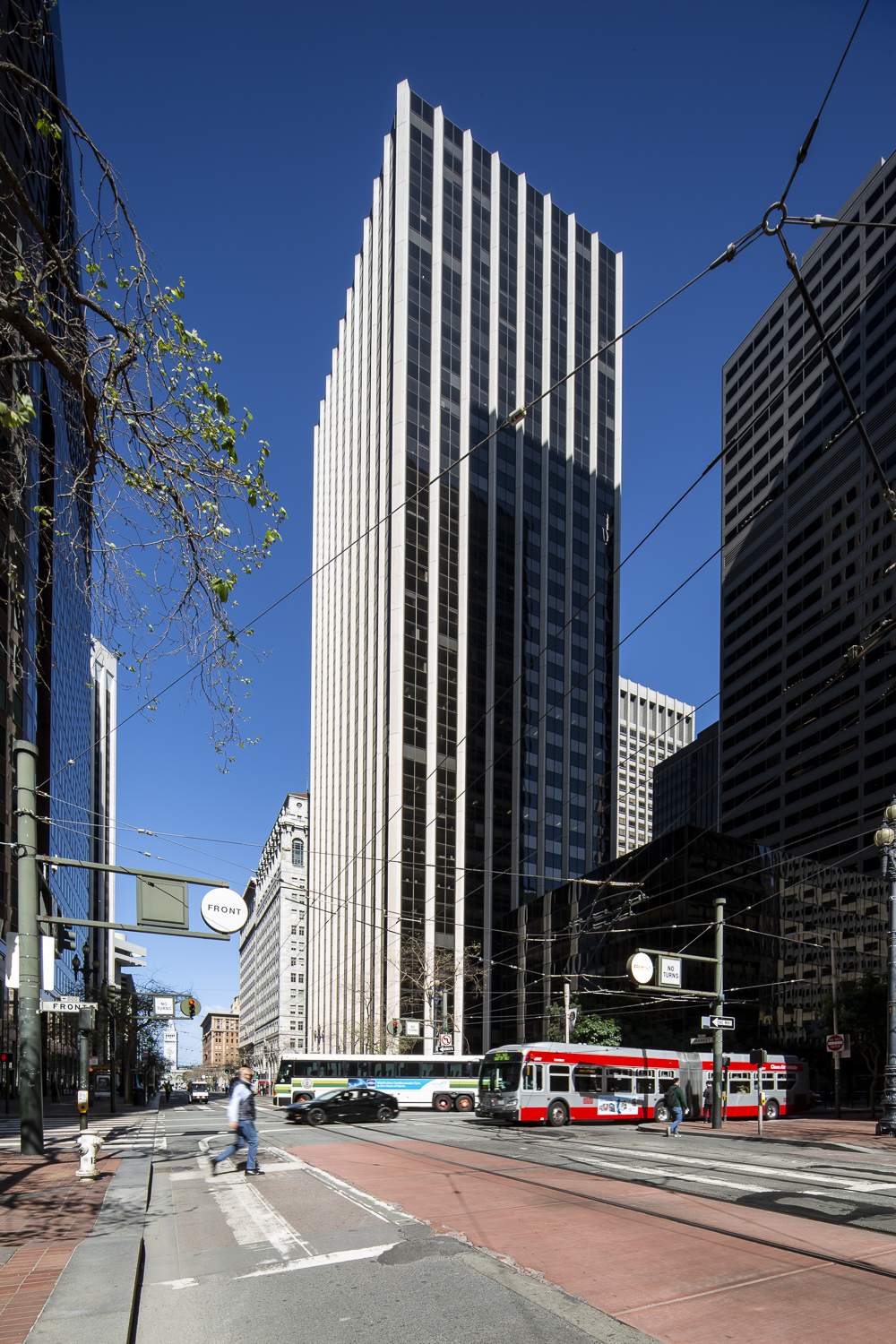 This will not be the last time Mr. Wong shows up on our countdown of the tallest buildings in San Francisco, as he oversaw the design for San Francisco’s iconic Transamerica Pyramid while at Pereira Associates. In a video talk, Mr. Wong shared the direction he received from chairman of the bank, Jack Beckett, “his first statement was, ‘I want to make sure that everybody in the financial world knows who we are.’” He describes the tower as “simple clear design for the company,” fulfilling the vision from the Transamerican Chairman. 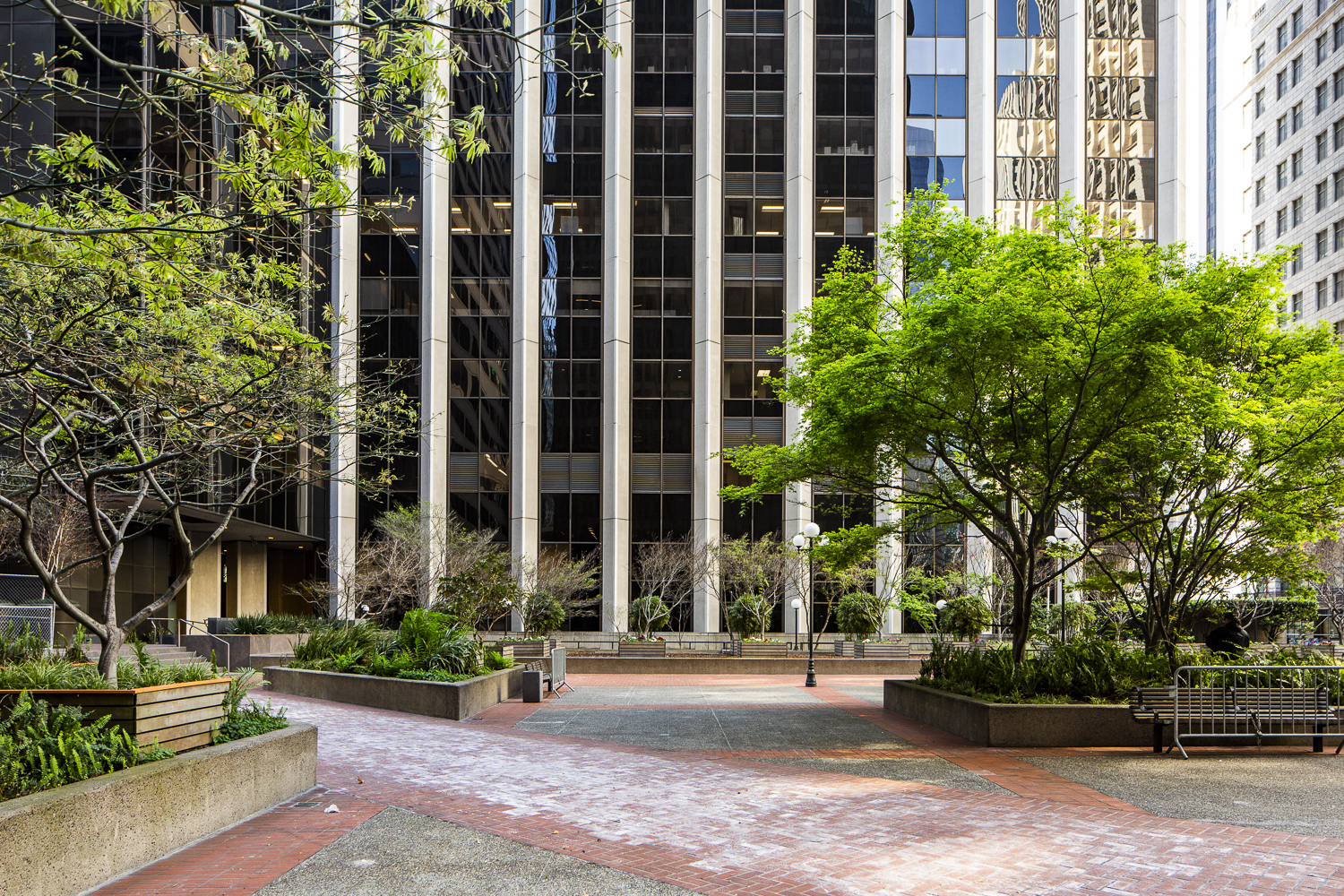 Move-ins for Phase One of 5M Expected This Fall, SoMa, San Francisco