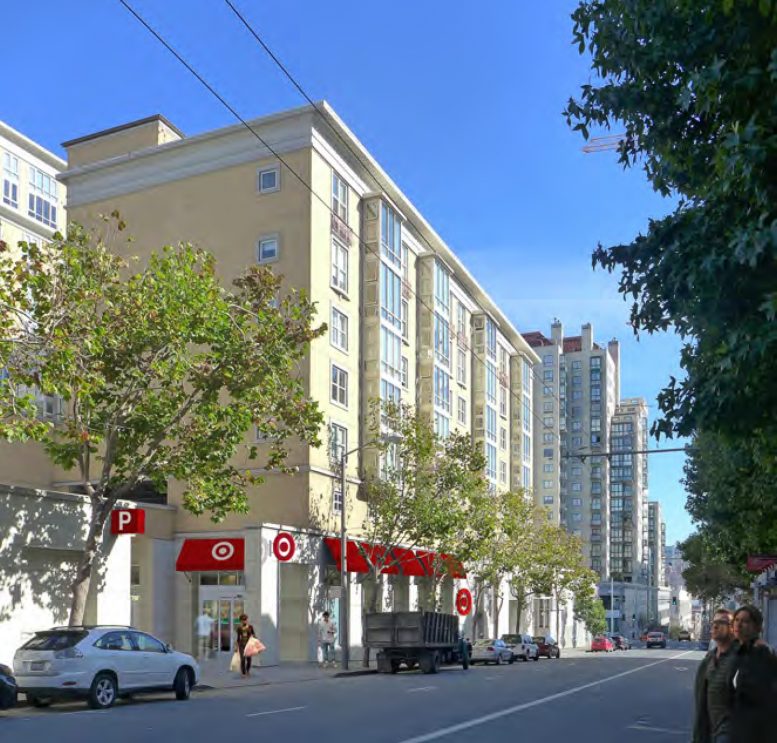 The Target Corporation has requested a project review meeting to consider a new retail location in an existing mixed-use building at 1336 Post Street in the Western Addition neighborhood of San Francisco. If built, the new Target would span 34,600 square feet, a significant footprint but is just a third of Target’s typical stores. Given the exploratory condition of the proposal, it is too early to speculate about the broader implications of the project review meeting request.

When reached for comment, a spokesperson for Target shared with SFYIMBY, “We are continuously exploring possible locations for future stores, but we have no new-stores news to share.” 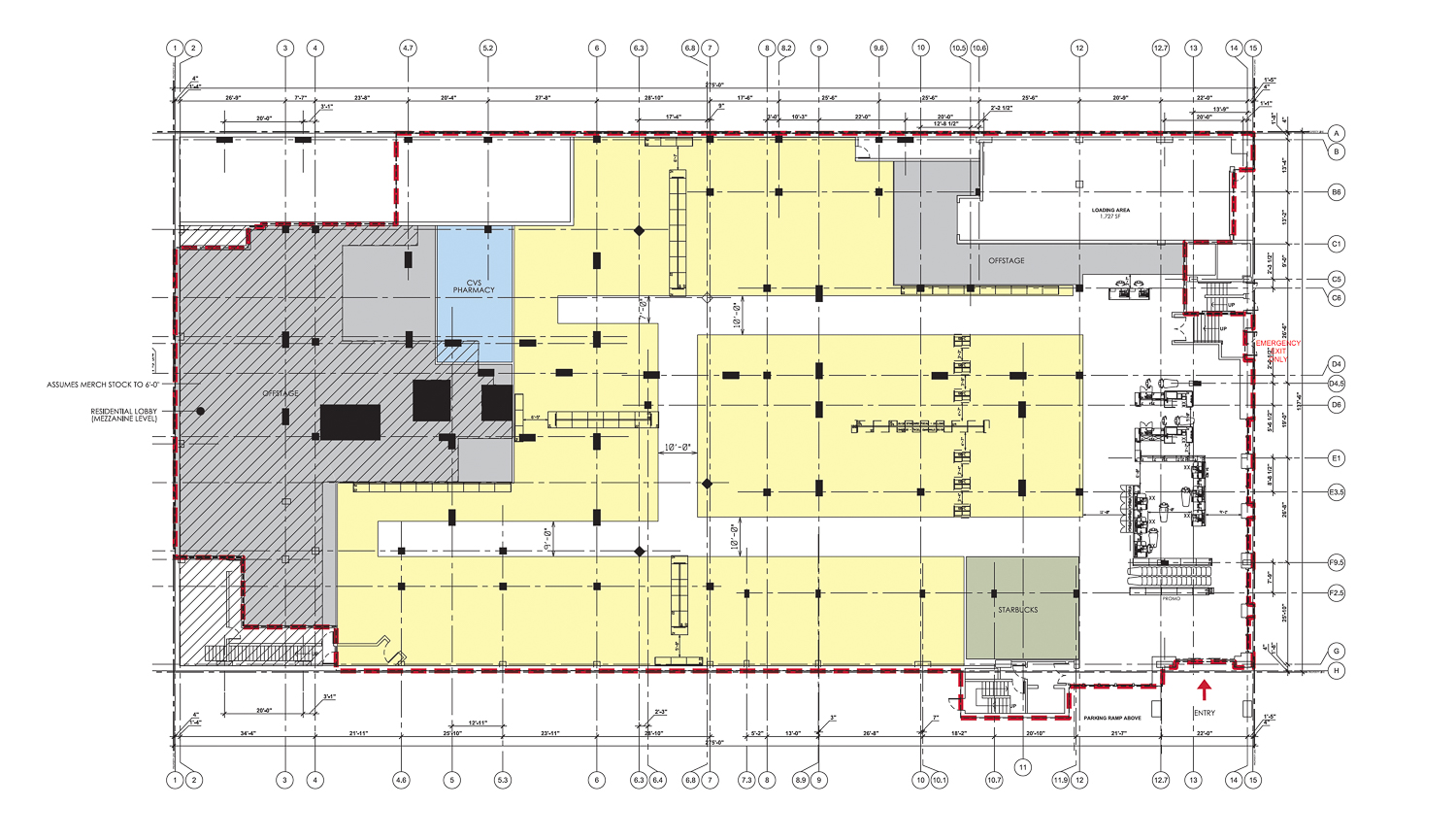 On Target Corporation’s 2018 blog post about their small-format store concept, the release shares that the idea started in 2012. The first small-format Target opened outside the University of Minnesota in 2014. It was enough of a success that there have since been at least 60 new small-format Targets spread across the country as of 2018. Planning documents date the first designs by Target for 1336 Post Street to September of 2020.

The application describes occupying the vacant 34,600 square feet on the ground floor with parking on a second floor. Inside, the proposal includes a new CVS, Starbucks, and sales of groceries and liquor. The blog post also shared that “inside each small-format, guests will find many of the categories (like Home, Apparel, and Food and Beverage) they’d expect to see in a full-size store, but with smaller assortments curated for their local neighborhood.” 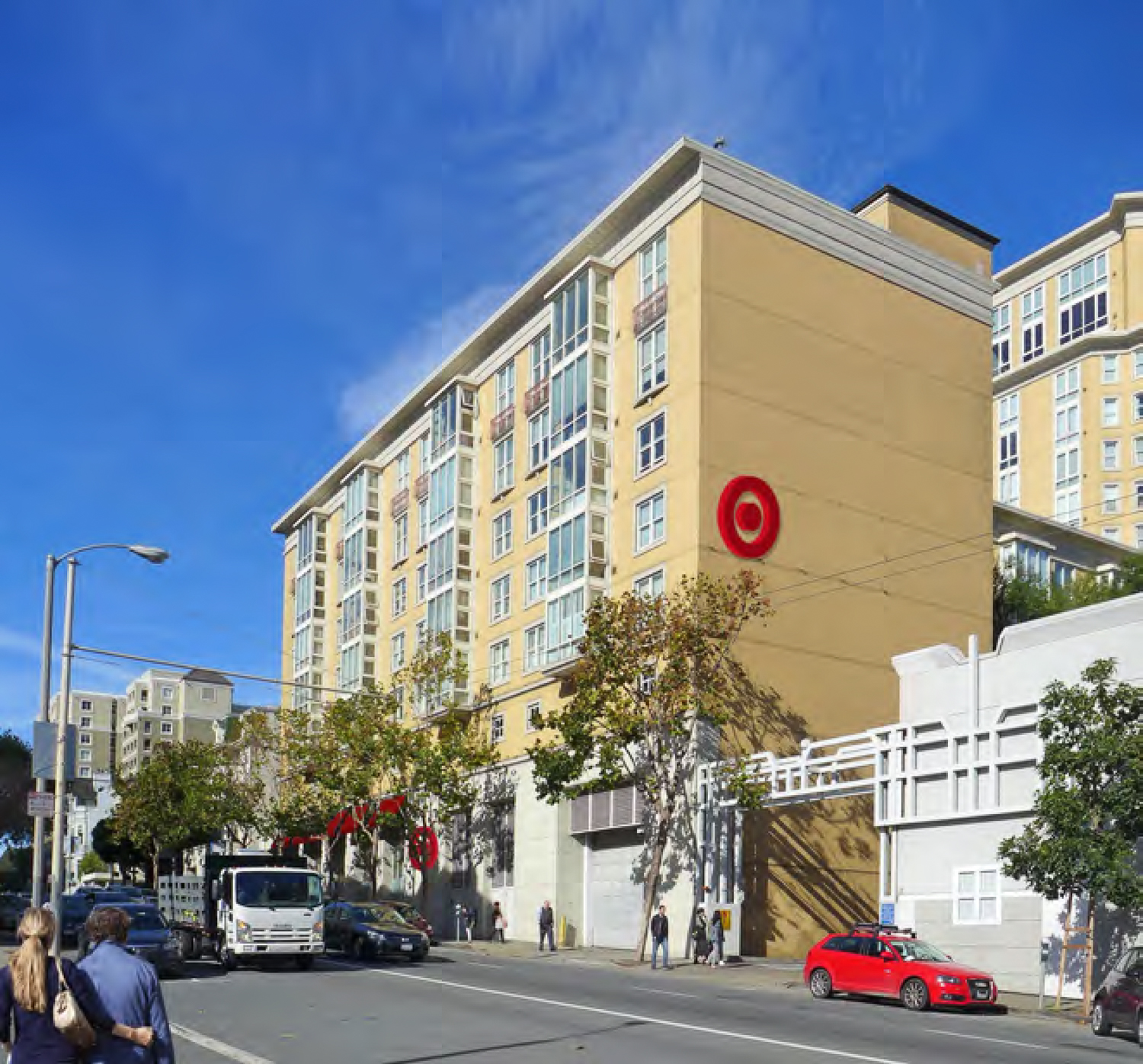 Target would install three branded signs along the front and eastern facades of 1336 Post Street. The awning over the frontage and main entrance would receive improvement, and a new security gate would be installed on-site.

The meeting request concludes by stating, “the purpose of this project is to reinvigorate a vacant property with an active retail use. Target has received approval from the property owner for the proposed project.” 1336 Post Street’s retail space had remained vacant since 2009 when a former grocery store shuttered. Golden Hills Realty is listed as the property owner. 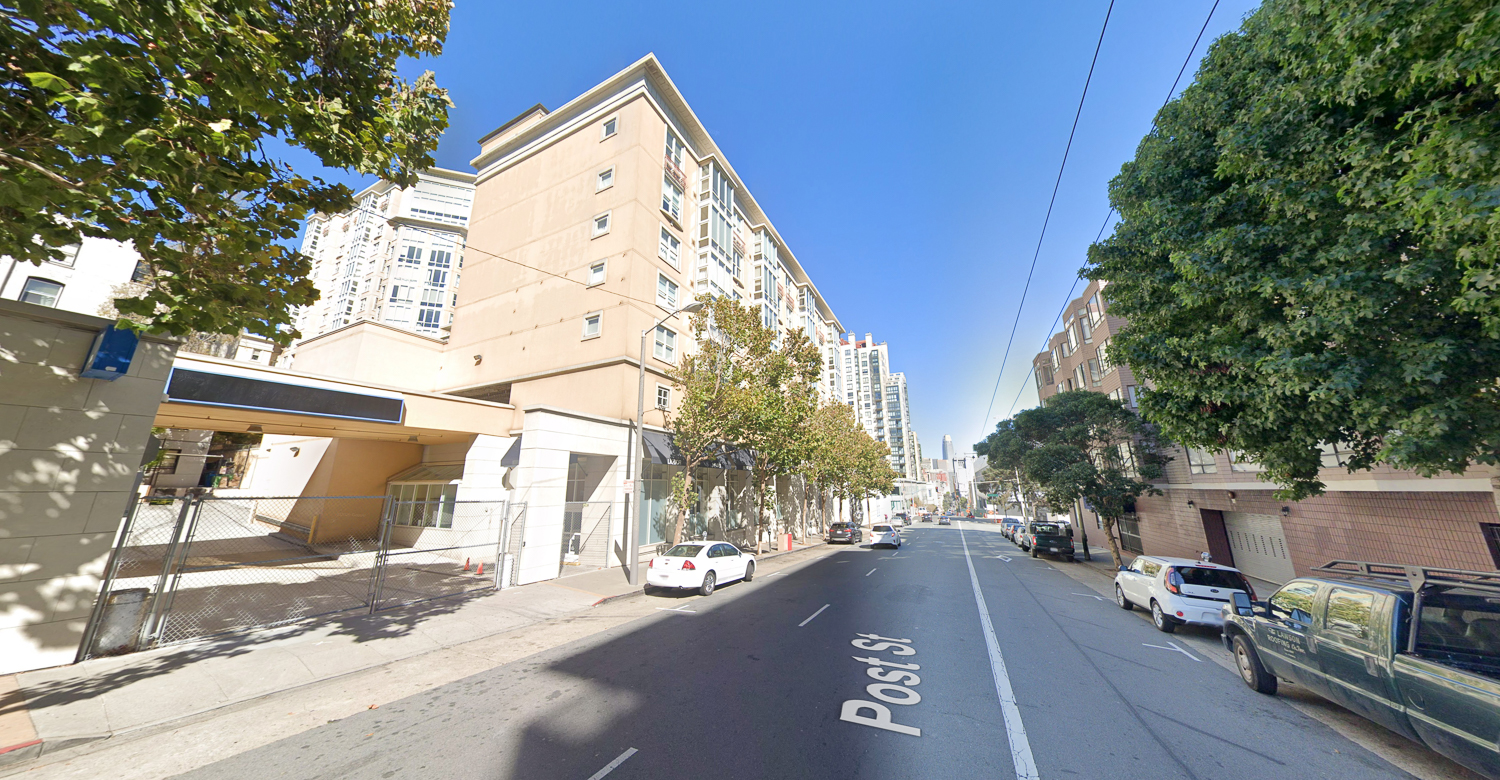 The building is a large mixed-use infill between Franklin and Gough Street. Two blocks away is the thirteen-story assisted senior living building at 1001 Van Ness Avenue across from a new Bus Rapid Transit stop.

This application comes several months after news broke that IKEA will move into the 6×6 Mall at 945 Market Street. IKEA’s proposal fits the Swedish firm’s model for downtown shops and would be their first urban footprint in America.