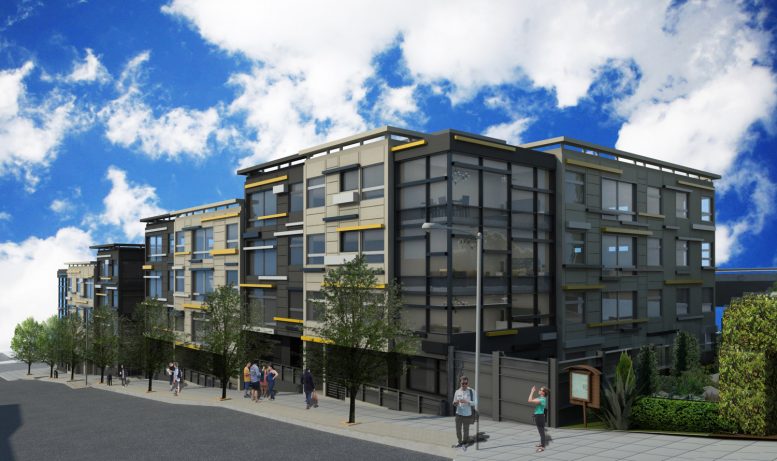 New preliminary project assessment permits have been filed for an expanded seven-story residential development on 249 Pennsylvania Avenue in Potrero Hill, San Francisco. The plan will create 95 new units, adding significantly more to the housing stock than the previously approved 57-unit four-story proposal. William Spencer Company, based in Brisbane, California, is responsible for the development as the property owner. 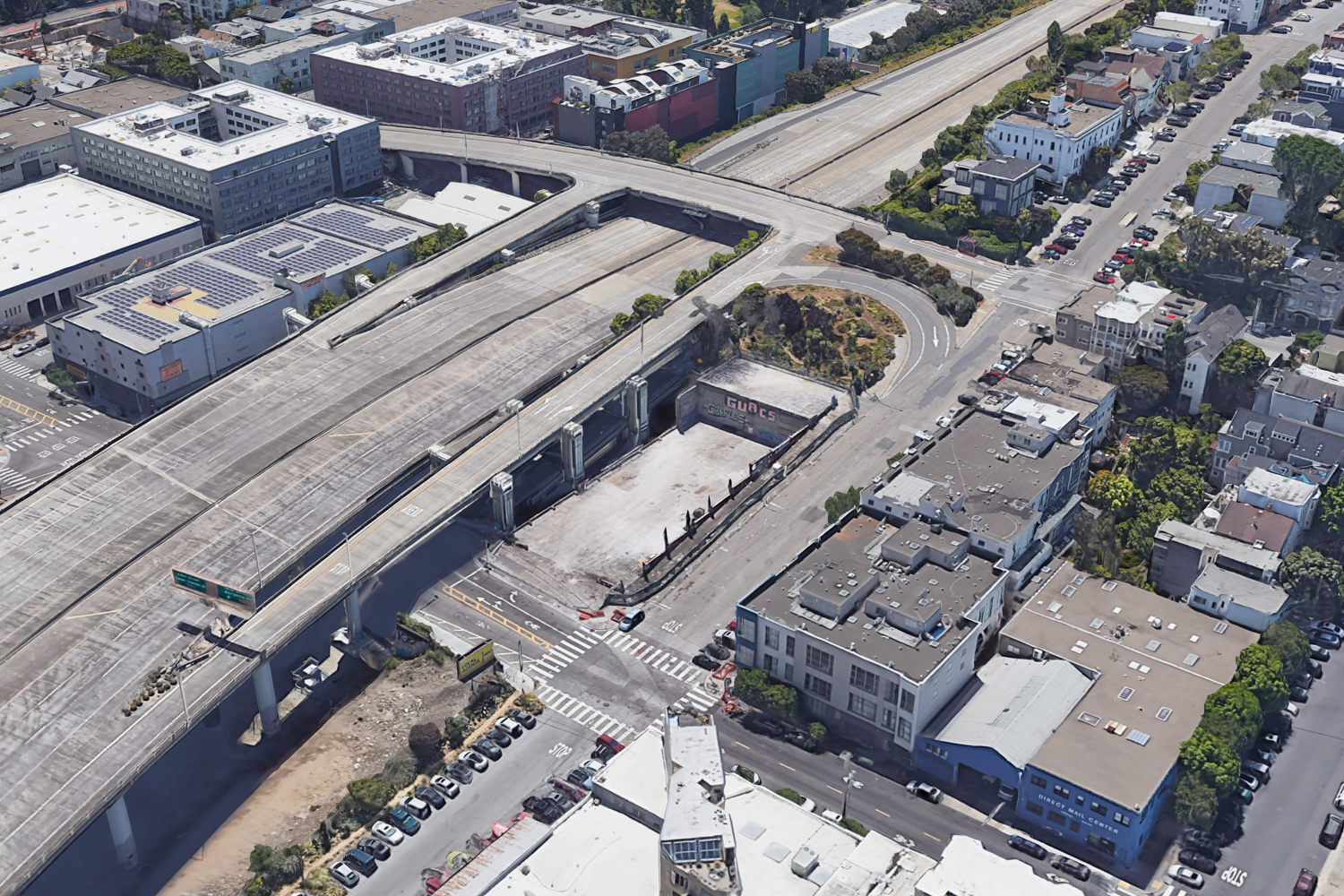 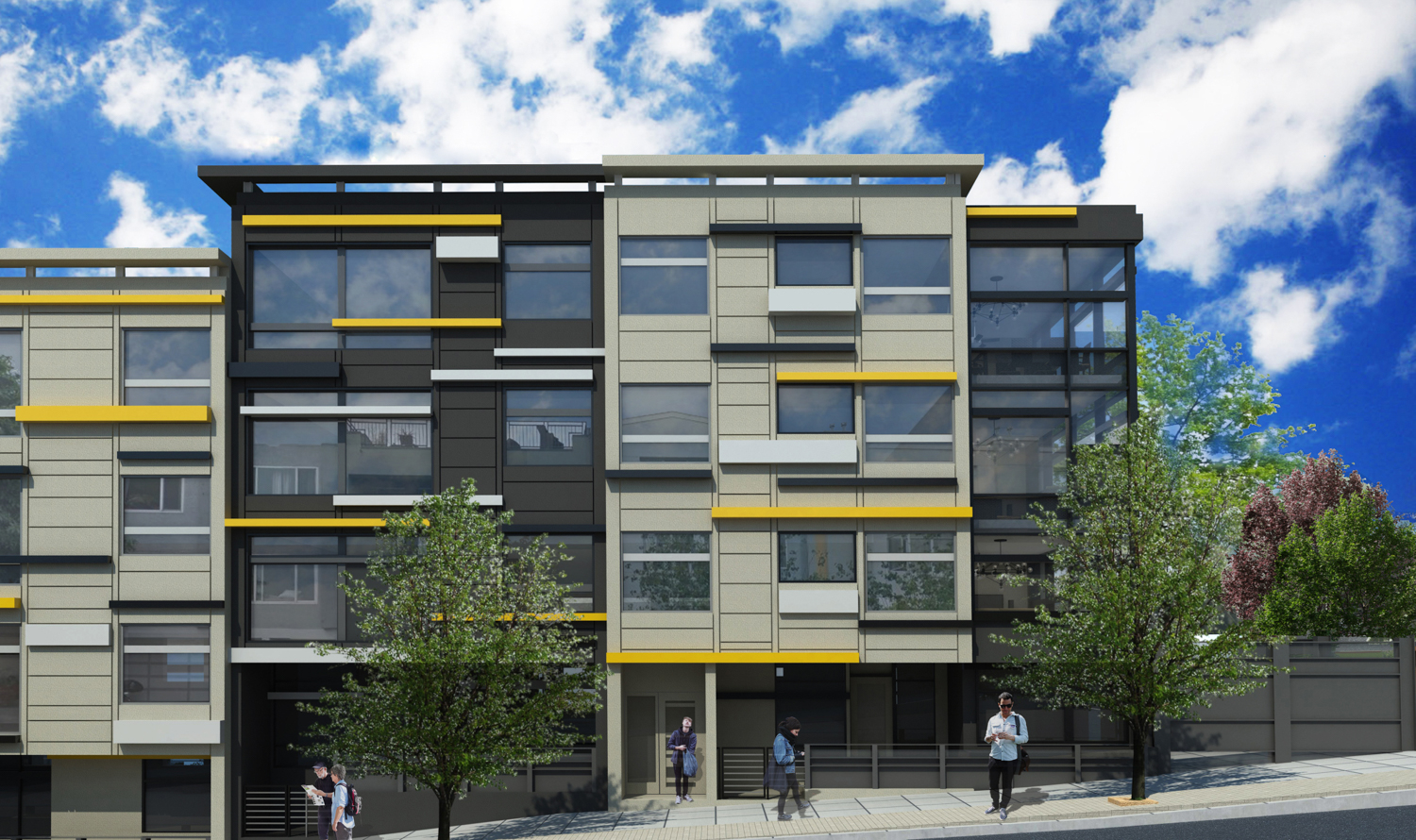 D-Scheme Studio was responsible for the design. The now-outdated 4-story building would have offered just 57 units. The low-slung facade was clad with floor-to-ceiling windows, and fiber cement panels painted grey and black with white, blue, and golden yellow highlights. A green wall will be a visual and noise buffer between the apartments and the adjacent Interstate 280 freeway.

The proposal for 249 Pennsylvania Avenue will replace a vacant parcel, once occupied by a hardware industrial supplies shop. Along with nearby retail, residents will be a ten-minute walk from the Agua Vista waterfront park by Chase Center, Brookfield’s 1,185-unit Pier 70, and California Barrel Company’s Potrero Power Plant 2,682-unit development.

Costs and an estimated timeline for the new proposal are not yet known.