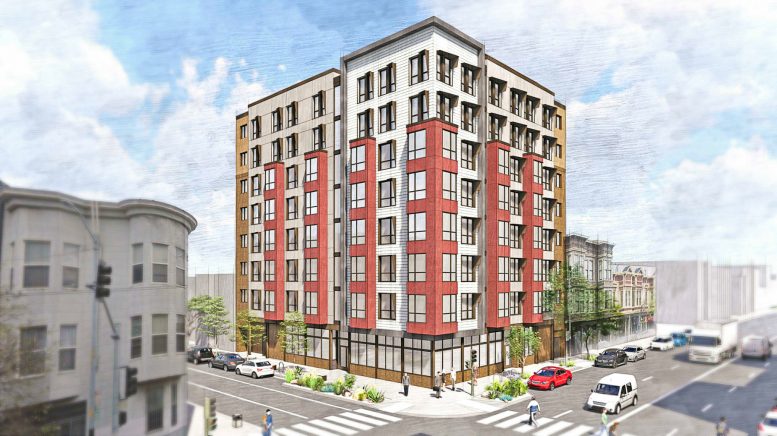 Developers have filed a Large Project Authorization request for an eight-story group housing project at 401 South Van Ness Avenue in the Mission District, San Francisco. The application comes with a recently published planning document detailing the project description and scale. The corner-lot proposal will become a mixed-use building with 153 bedroom suites, commercial retail, and residential amenities. The Kansas-based Elsey Partners is responsible for the development. 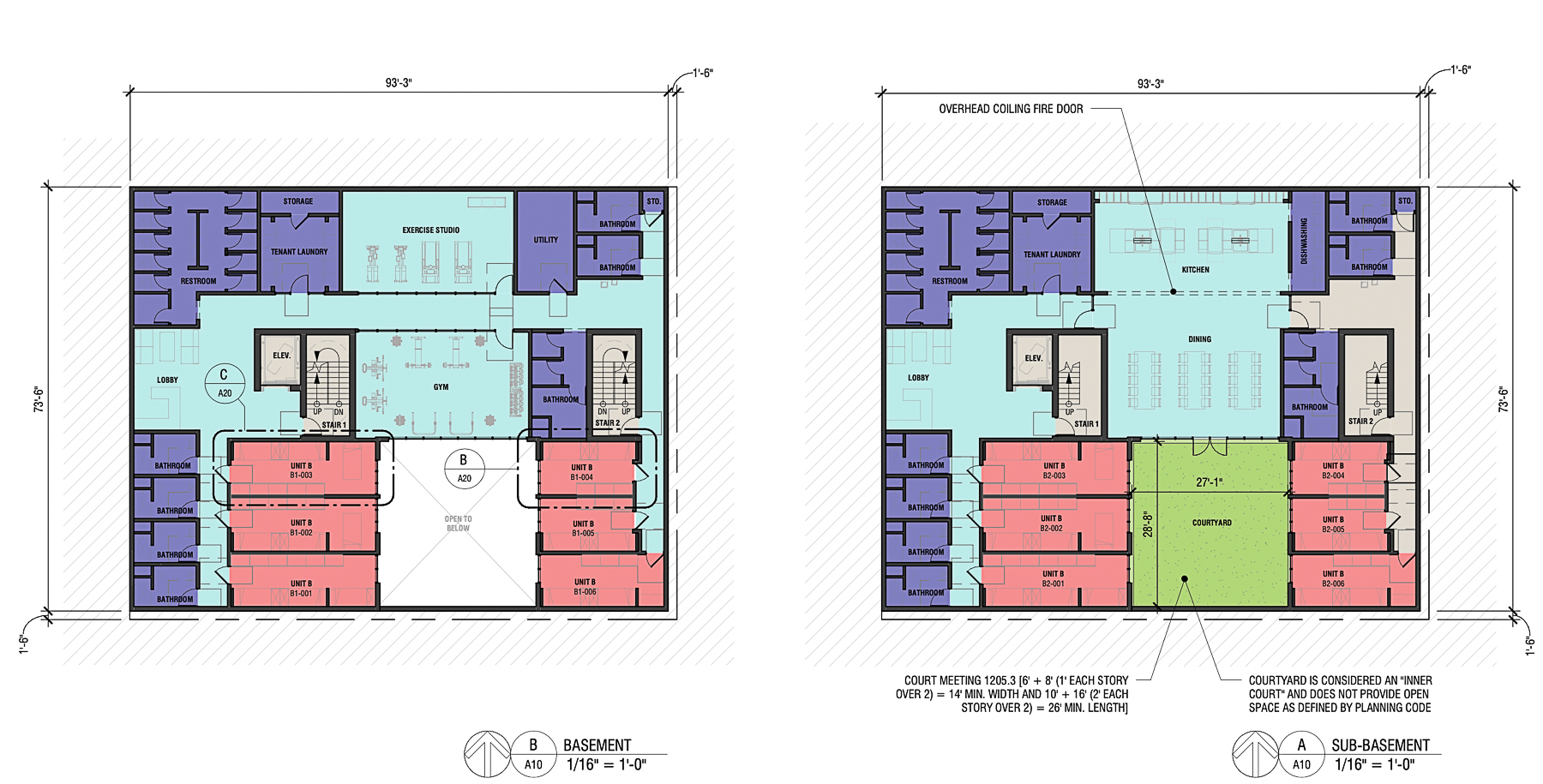 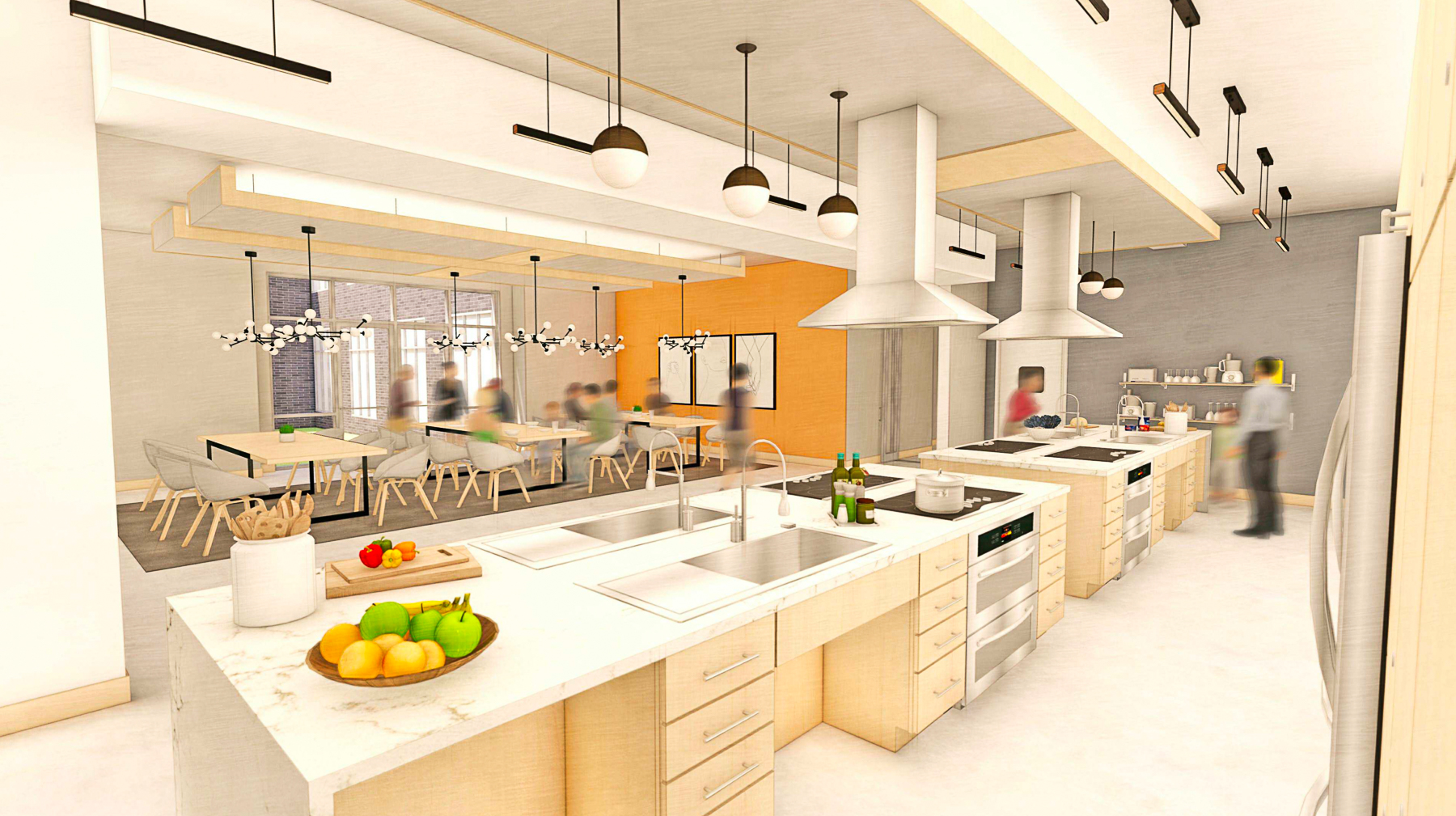 Residential space will be included within the two basement levels and floors two through eight. Each floor will consist of a shared living area open to the dorm-like studios between the second and eighth levels. The basement and sub-basement include several bathrooms, a dining hall with a kitchen, an exercise studio, a courtyard, a gym, and a lounge. 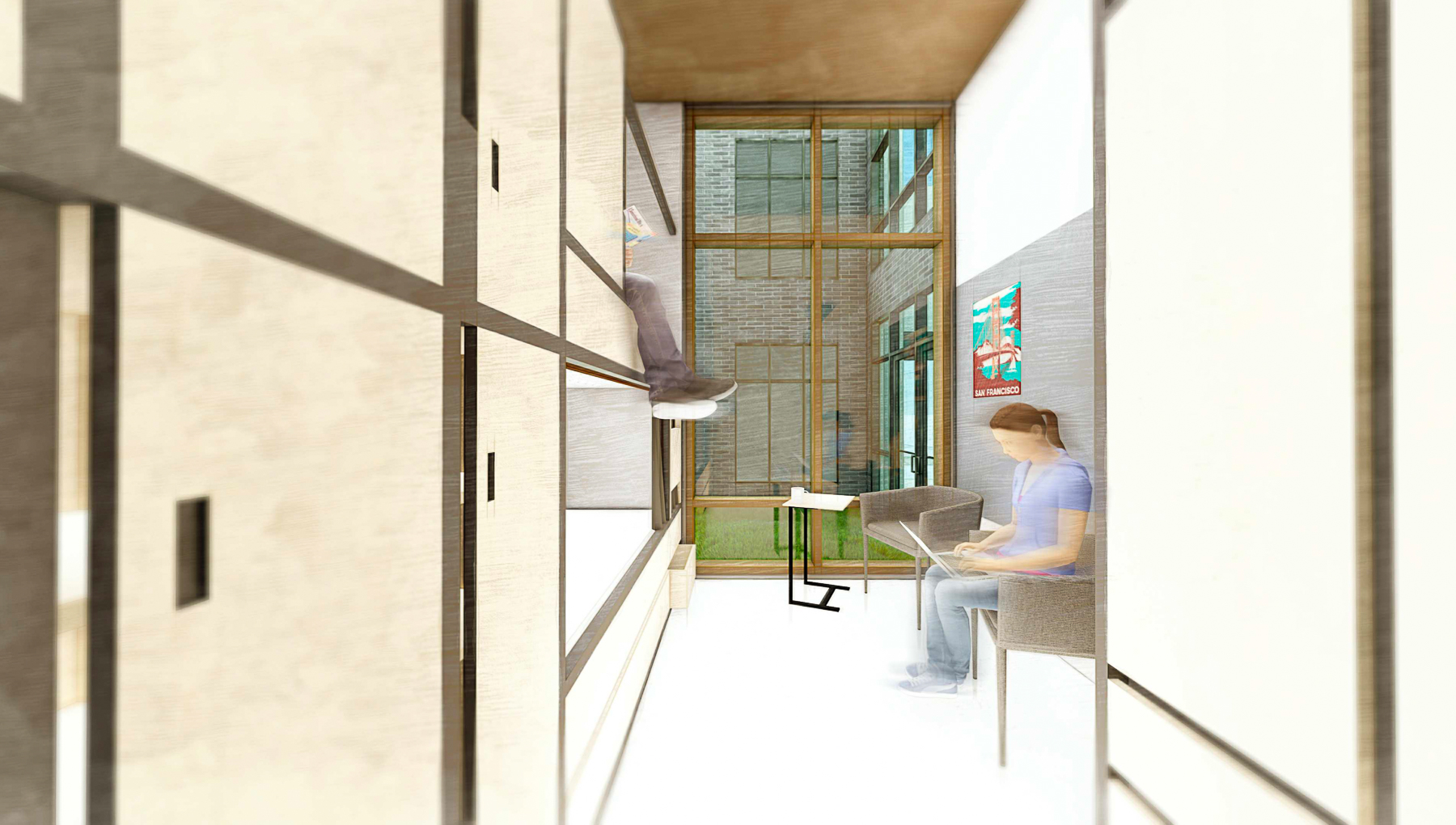 Elsey Partners will offer 202 beds between 153 bedroom suites. Parking is included for 60 bicycles and no vehicles. Twenty-nine units will be rented as affordable, ranging for residents earning 55%, 80%, or 110% of the Area Median Income.

In the planning document, Elsey Partners describe the intent behind 401 South Van Ness, writing that “the proposed group housing project is a modern-day version of the affordable SRO (single-room occupancy) hotels that were populated by San Francisco’s working classroom, transient laborers, and immigrants during the last century. The same dynamics that attracted the working class to SRO hotels 100 years ago are at play with the current development.” The description goes on to highlight the relative affordability and access to transit. 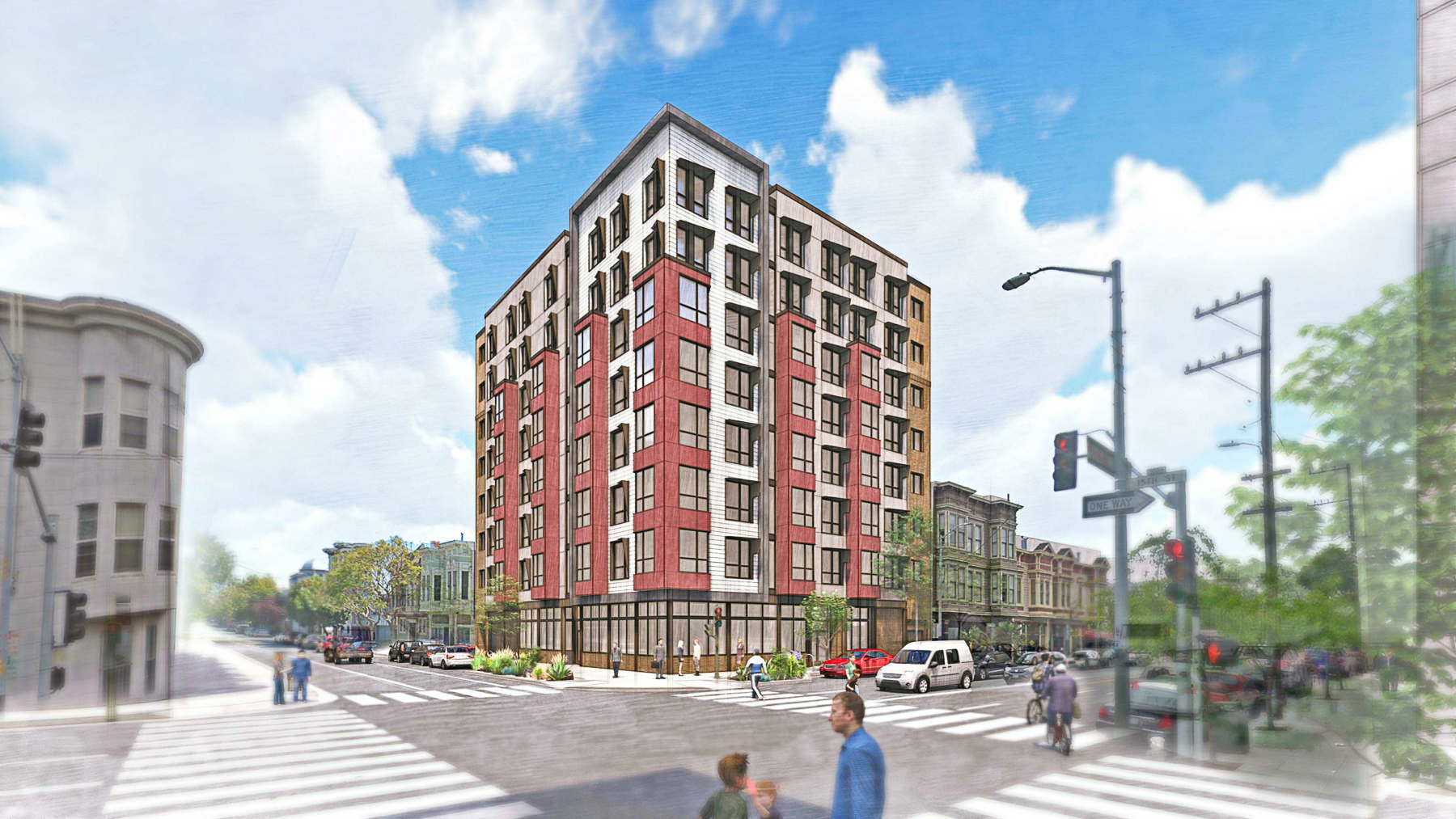 Both overseen by Elsey Partners’s Chris Elsey, the Prime Company and Prime Design are responsible for the design and development. The light-tone facade is clad with stucco, dutch panels, and laminated glass windows. 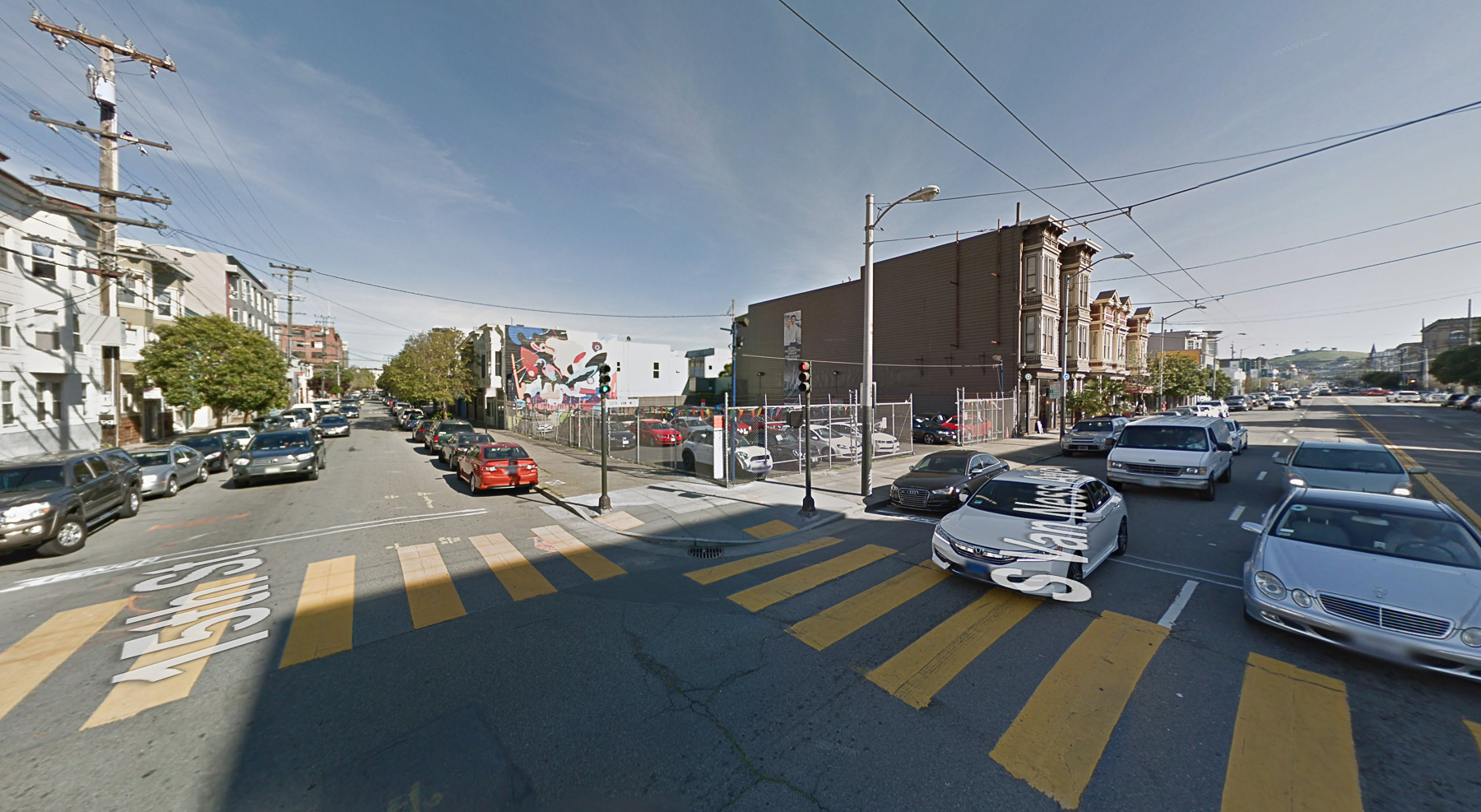 Construction is expected to cost $25.4 million over an estimated duration of 18 months. The project is two blocks away from the 16th Street Mission BART Station.