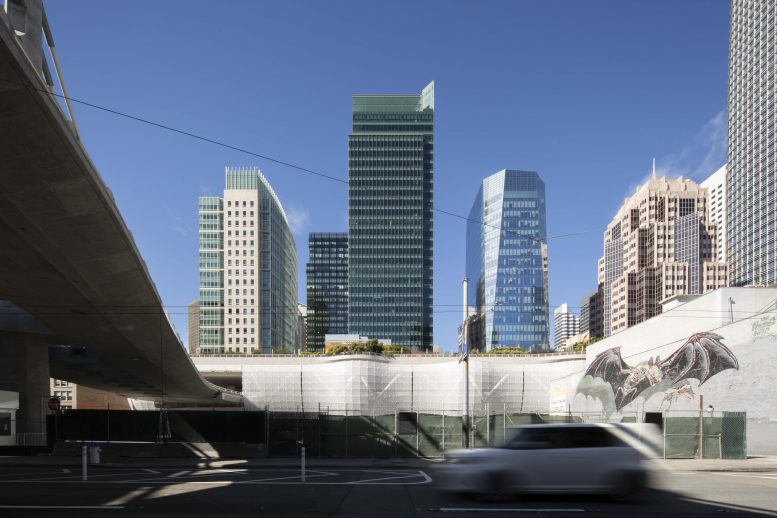 The curtain-wall wrapped offices at 555 Mission Street rise to a 487-foot peak, tied as the 34th tallest building in the Bay Area planned or built. The downtown project was built between 2006 and 2008 to become the tallest commercial project in the Bay Area in the 2000s. Tishman Speyer was the project developer. 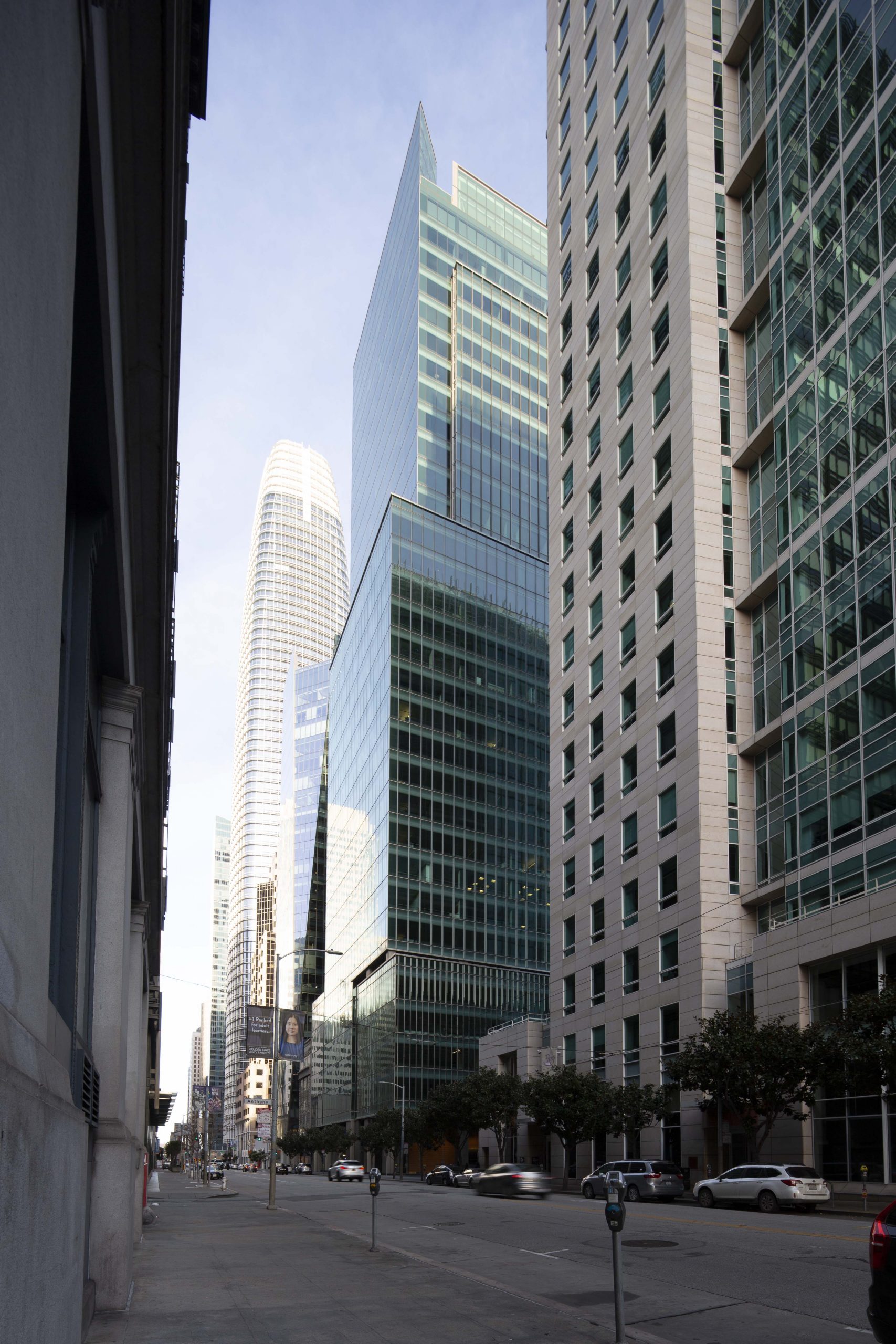 555 Mission Street’s aesthetic is defined by its translucent green glass, vertical glass fin mullions, a series of setbacks, and a dramatizing crown to make the best of a confined infill parcel. The project is a joint collaboration between Kohn Pedersen Fox and Heller Manus Architects.

A public plaza was included between the office project and 101 Second Street. The open space provides a direct passage between Mission Street and the Transbay Transit Center decorated by a 30-foot living wall and the 62-figure sculpture designed by Jonathan Borofsky, named the “Human Structures.” 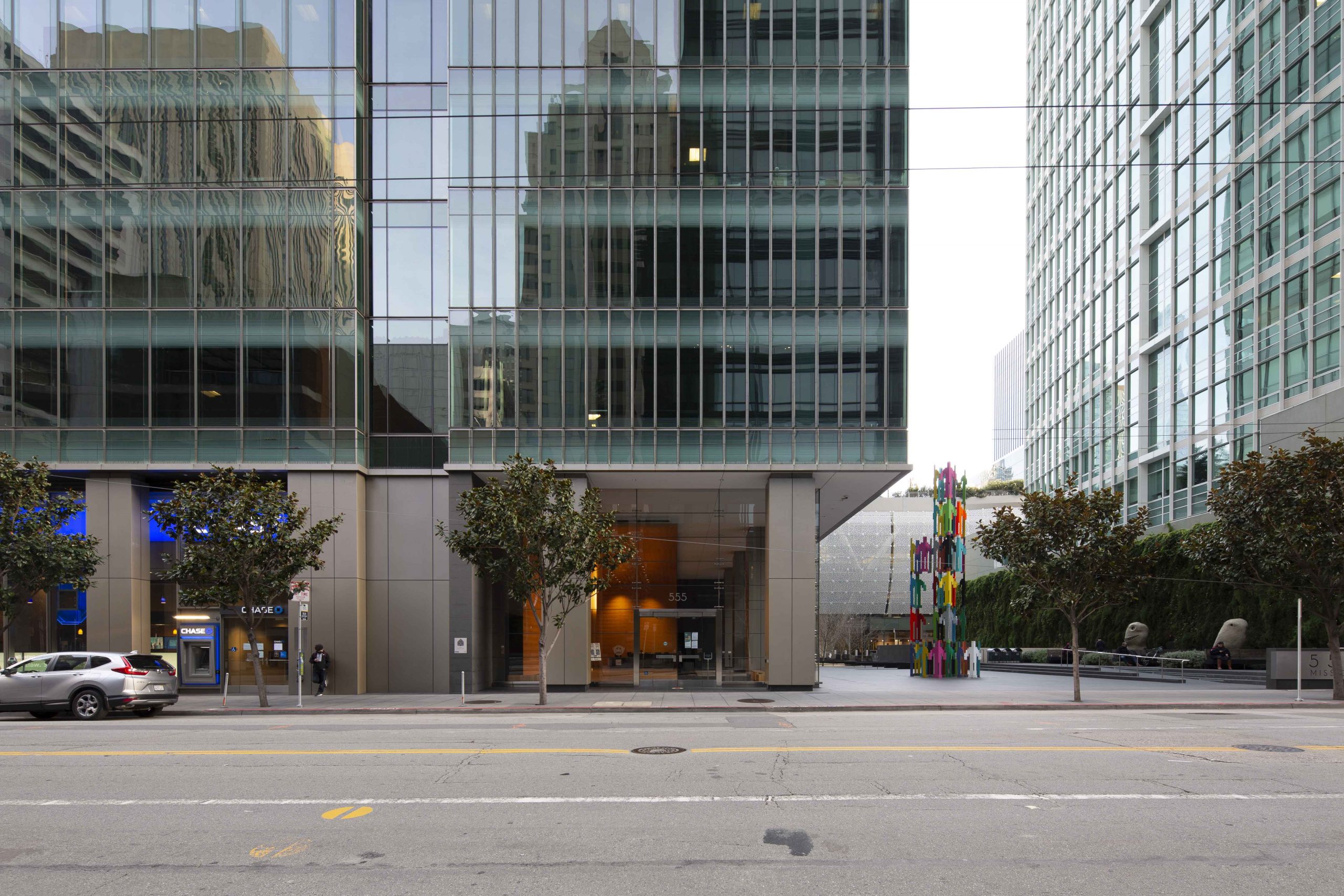 The 33-story building yields 618,000 square feet, with 557,470 square feet of rentable office space. 14 elevators within the structure move between unobstructed floor plates. Parking is included for 180 vehicles by a valet. 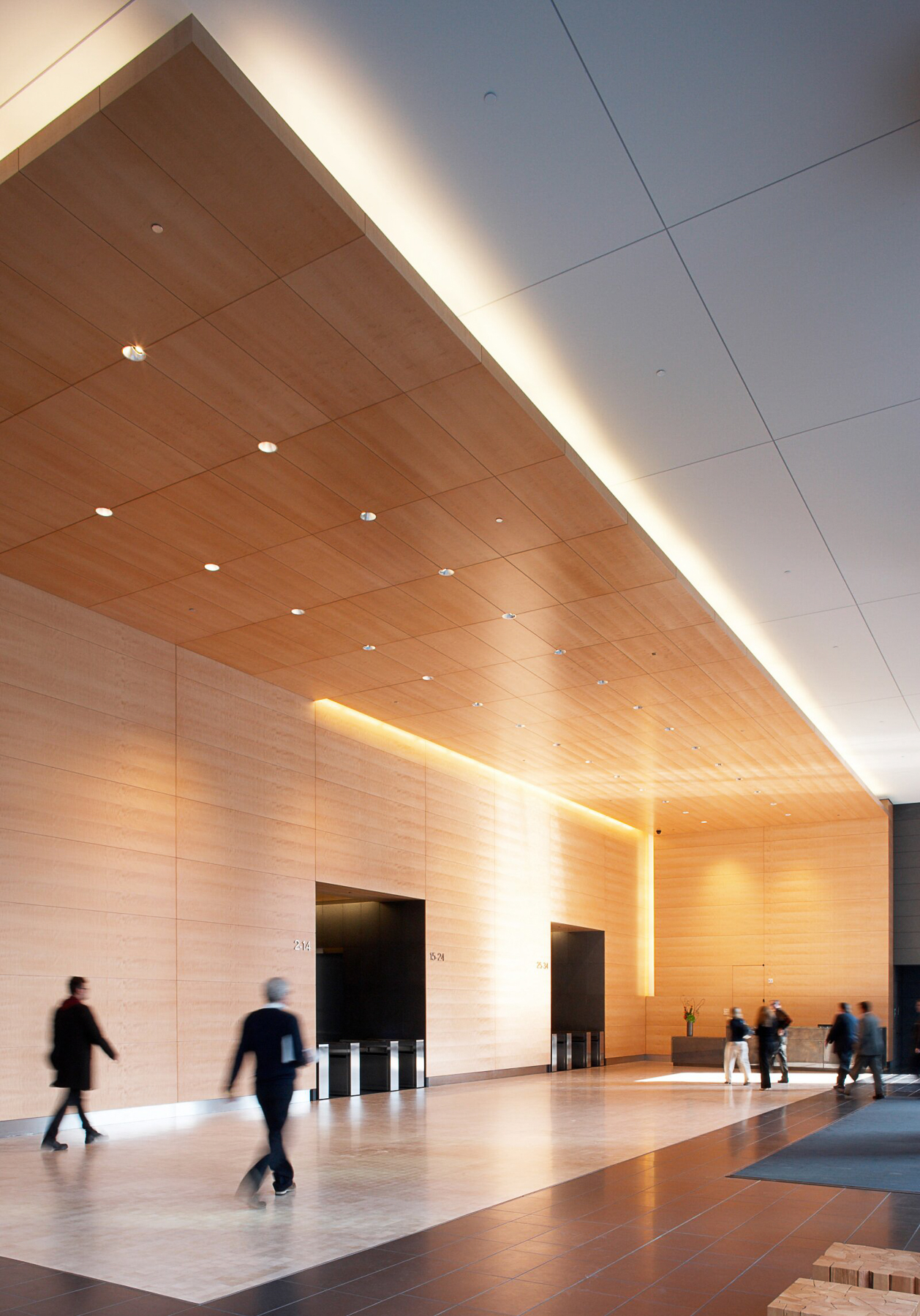 The $357 million construction project started in 2006 and finished in 2008, with structural engineering by Middlebrook + Louie and Turner Construction as the main contractor. The developers were able to fill up half of the office space within the first year, and most remaining space in 2010 with a 10-floor lease to Deloitte.

Union Investment, a German asset manager, is the property owner after purchasing the building for nearly $450 million. After opening, 555 Mission Street was the first new office building in the city to receive LEED Gold certification, and would later receive LEED Platinum certification in 2017 after improvements. 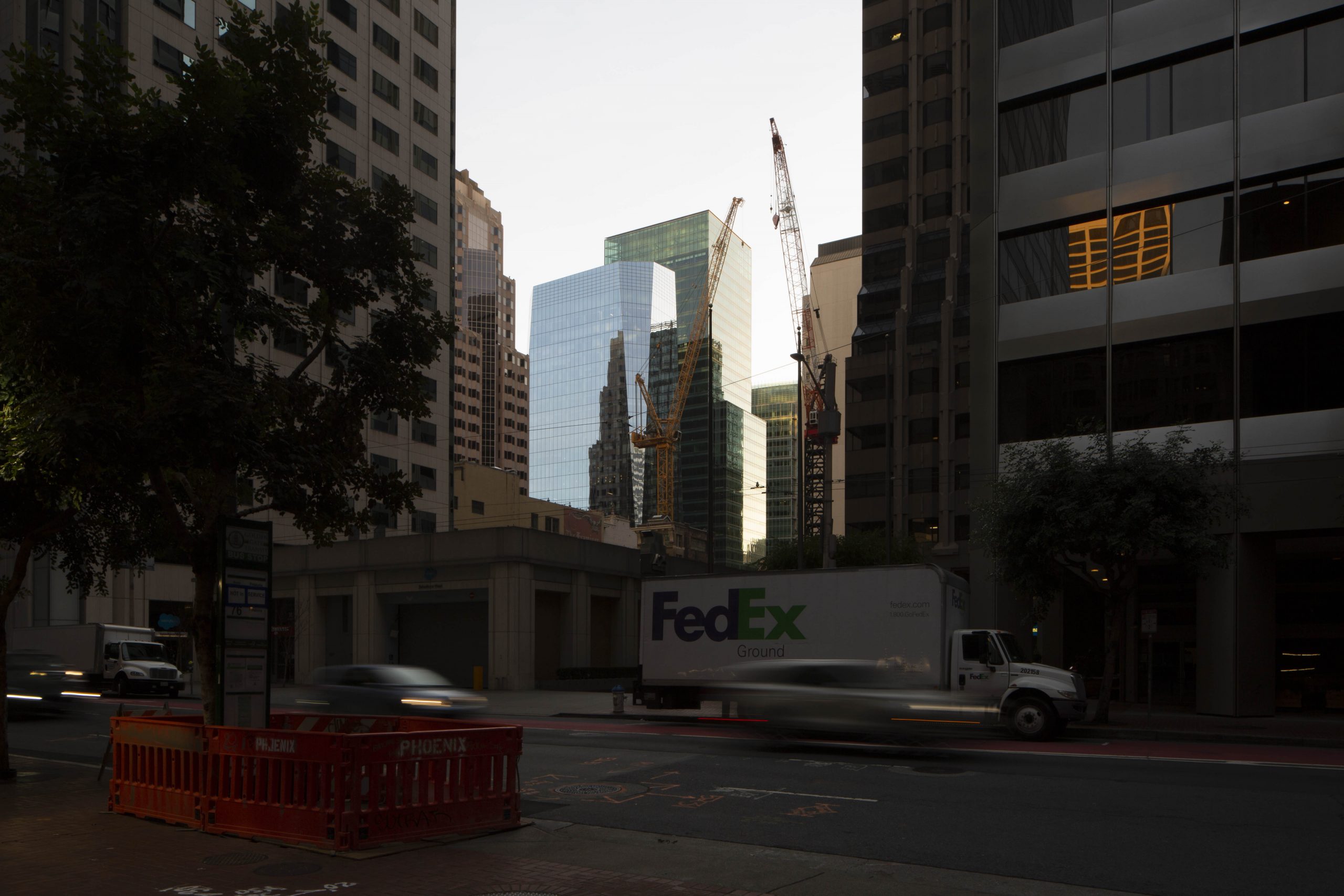 The site is in a thriving portion of the Central Business District, just four minutes from the Montgomery Street BART Station on foot, a block from the Salesforce Tower, and overlooking the new transit hub’s rooftop park. 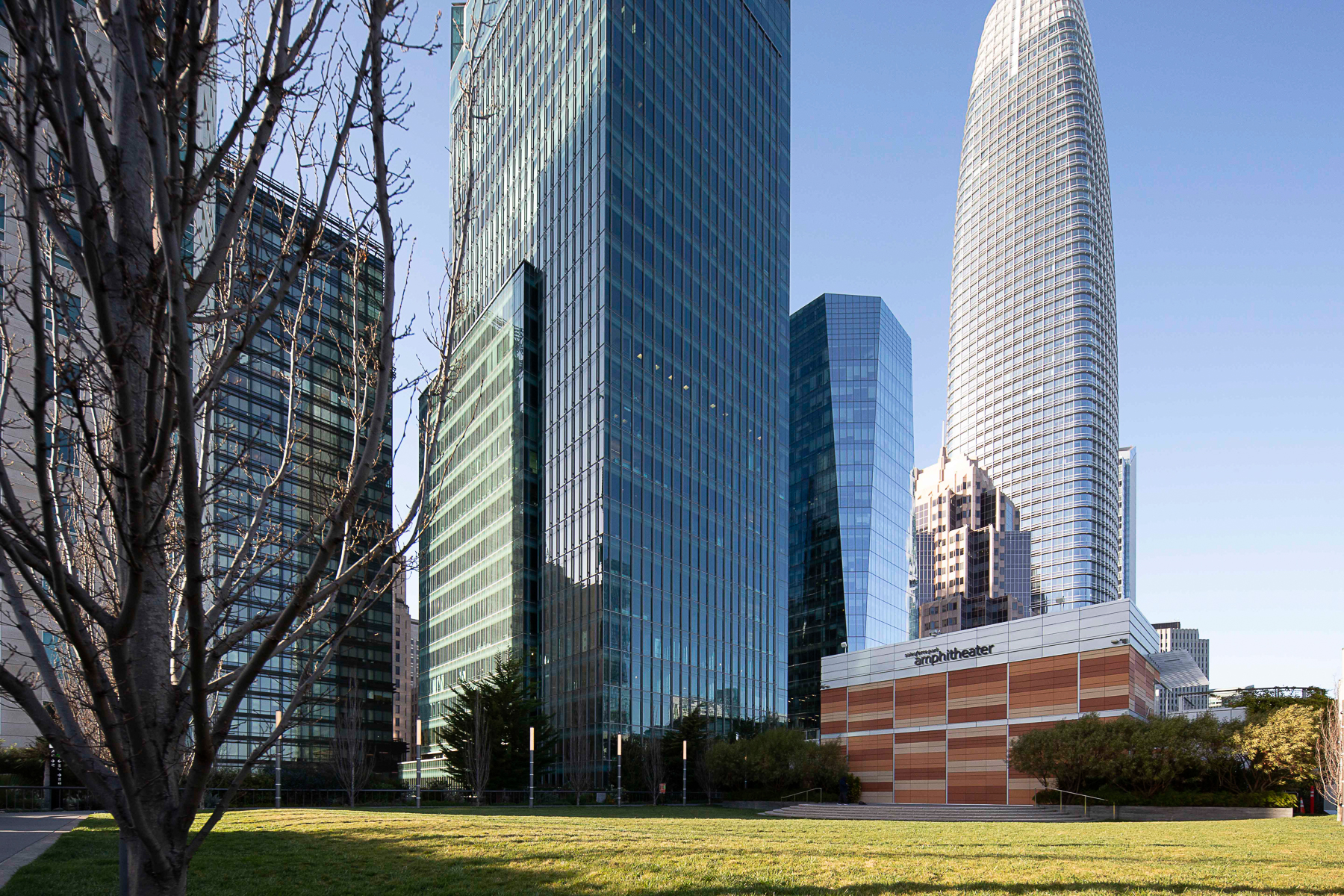 Be the first to comment on "Number 34: 555 Mission Street, SoMa, San Francisco"