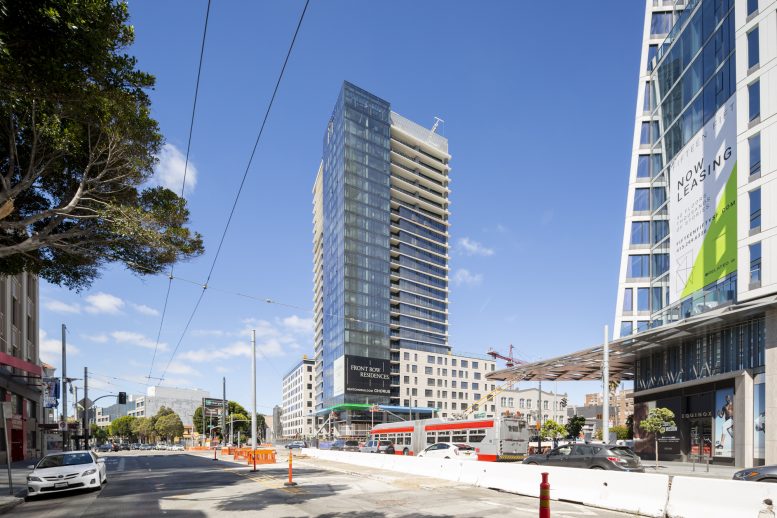 Construction is wrapping up on 30 Otis Street as the tower is preparing for move-ins later this summer. The SoMa development will add 416 new dwelling units to the San Francisco housing market, along with retail and an updated home for the City Ballet School. Align Development is the project developer.

Online listings for units within 30 Otis Street, now dubbed Chorus, show that a portion of the dwelling units will be available starting this August. 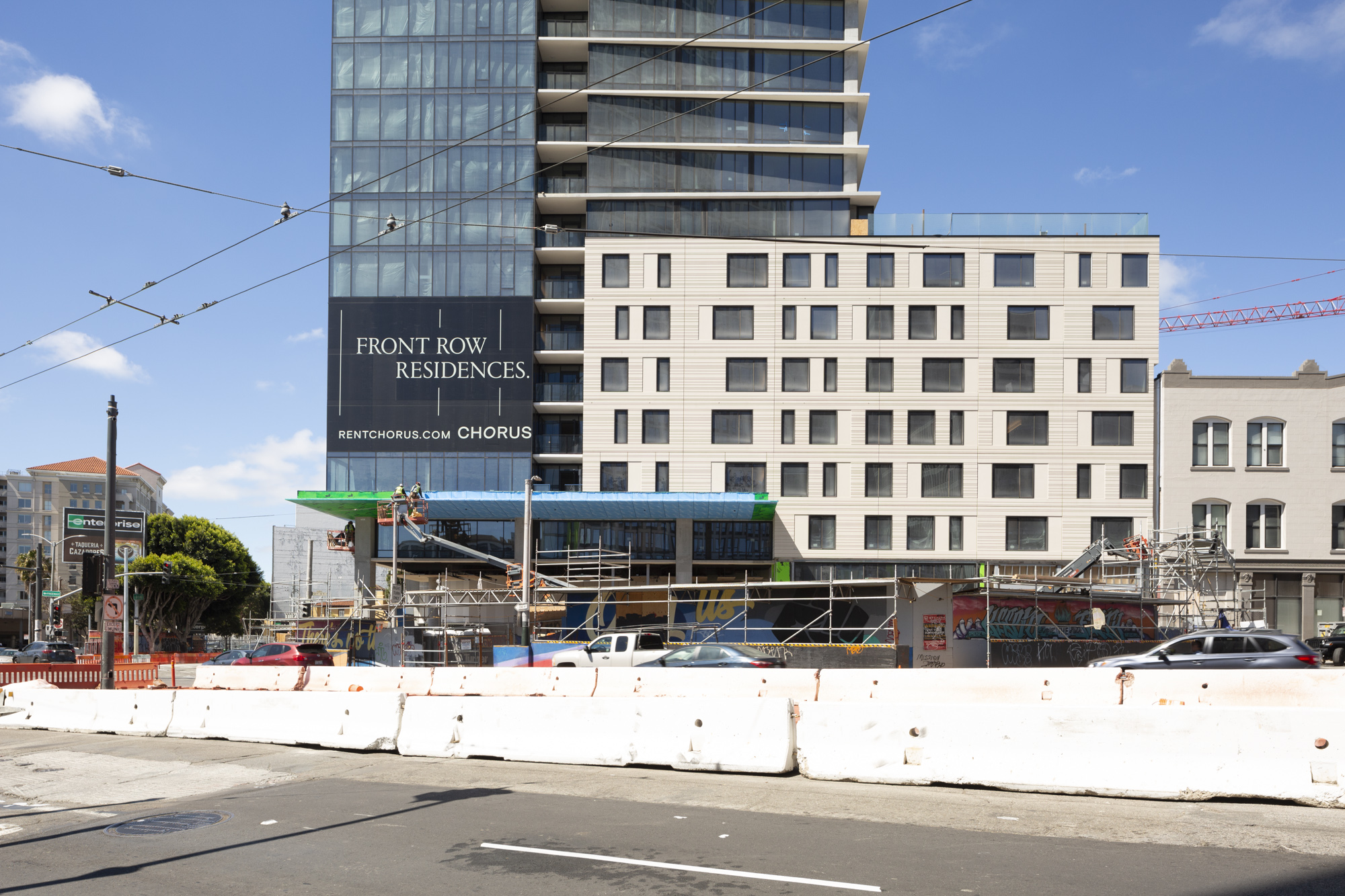 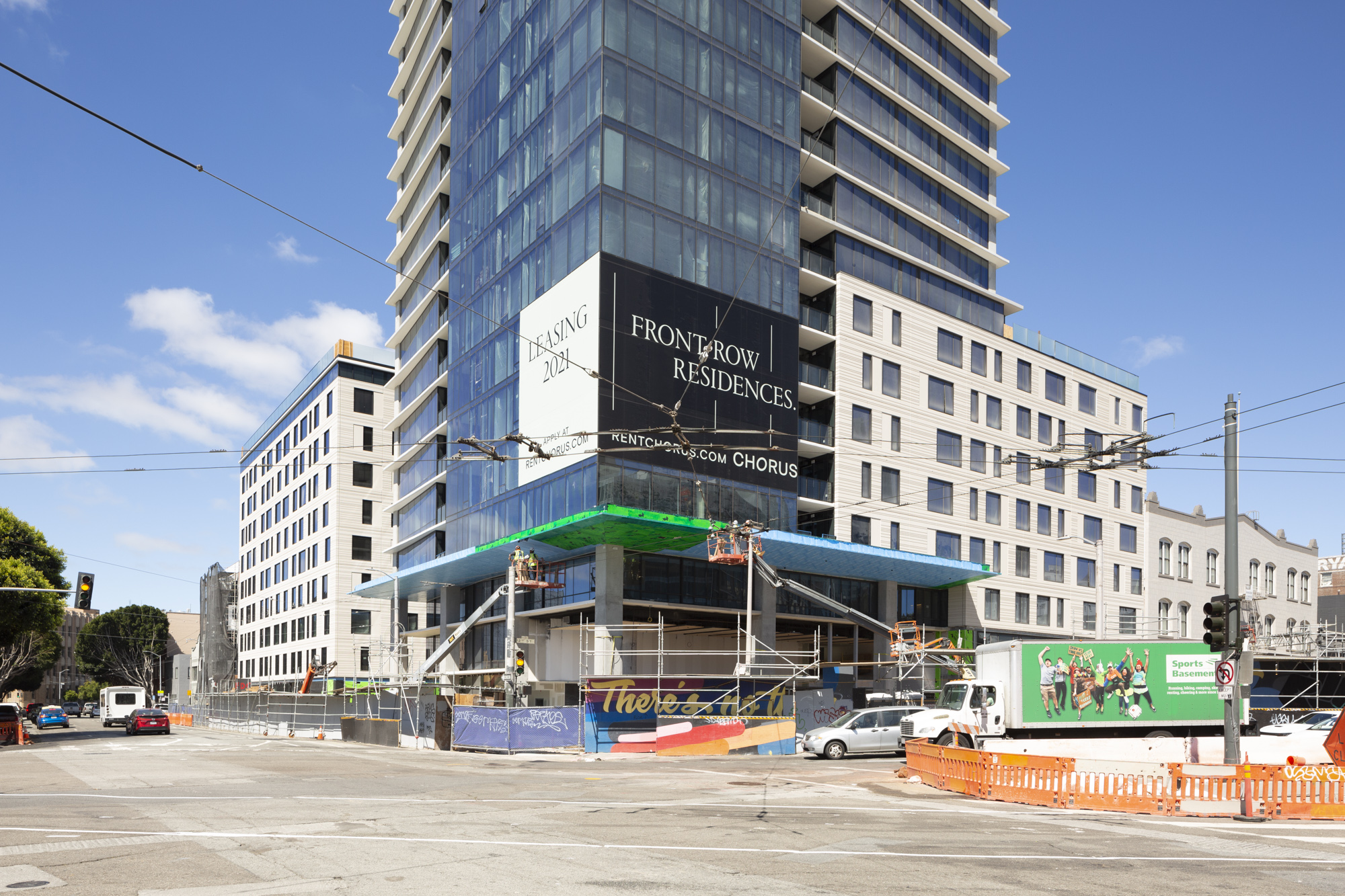 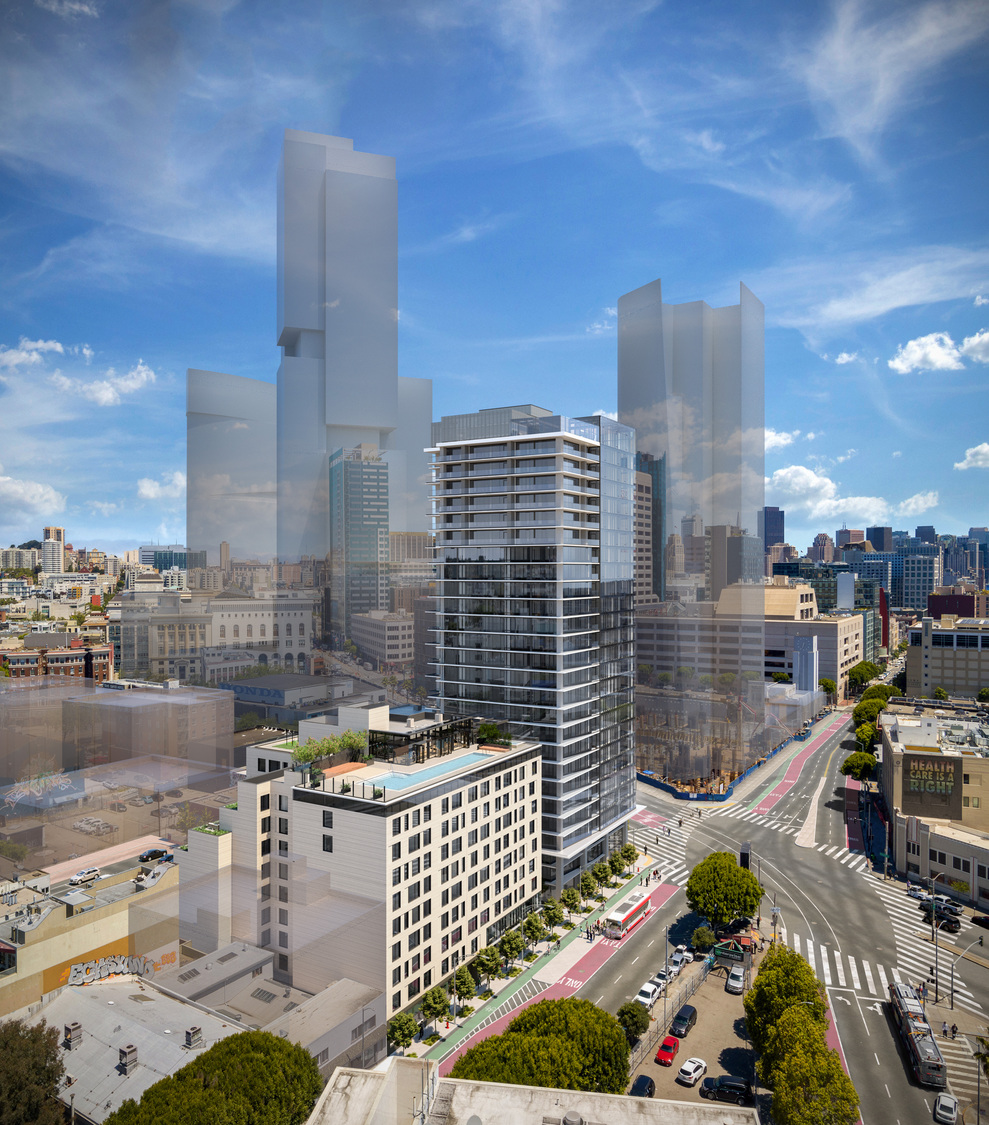 Once complete, the building will also open an 18,000 square foot new state-of-the-art home for the City Ballet School, a prestigious San Francisco-based classical ballet school. The school had been operating from the corner parcel for over ten years. The new facilities will include several ballet studios and a new theater at ground level. 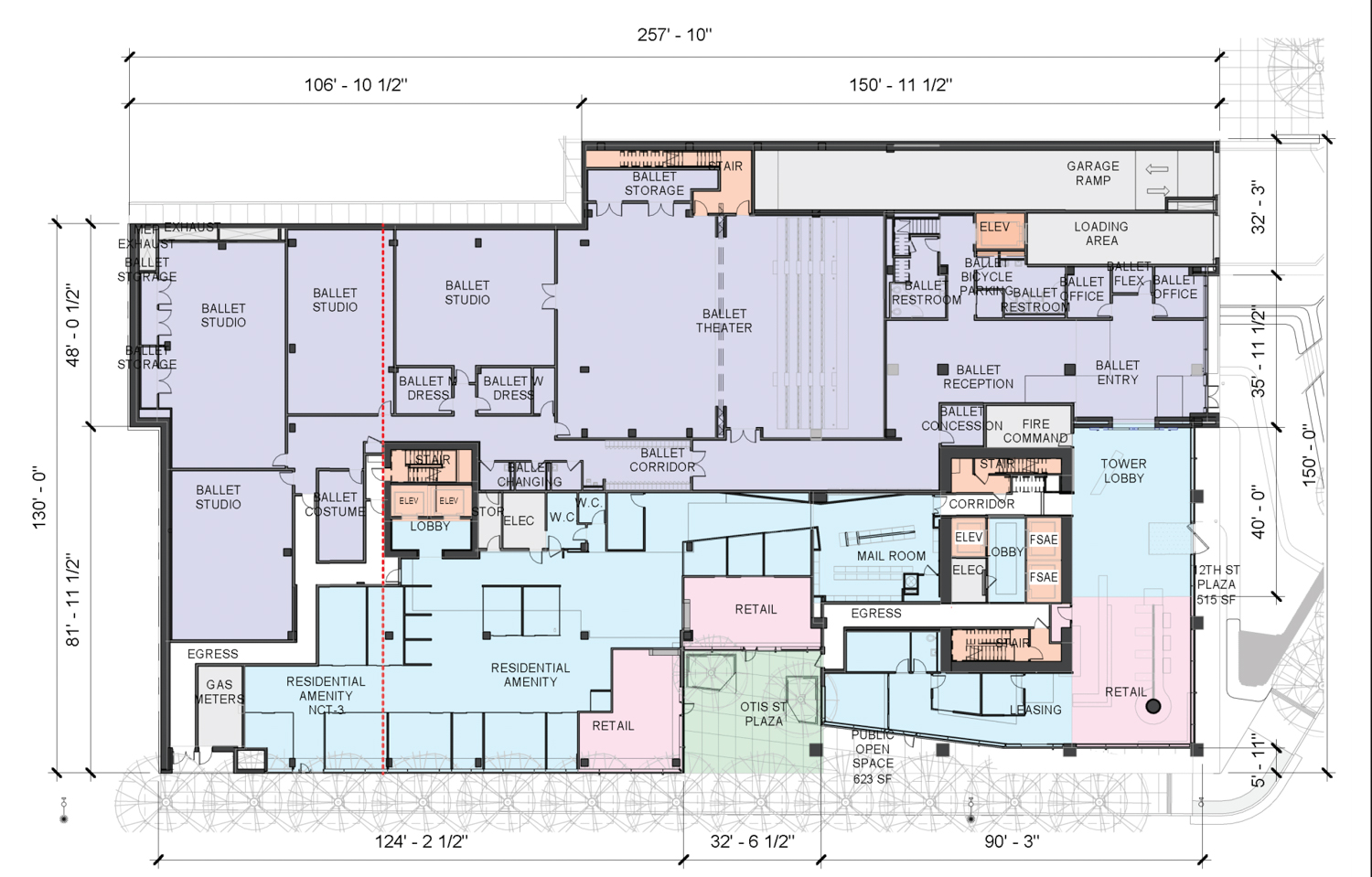 San Francisco-based Gould Evans Architects is responsible for the design. The building contrasts a curtain-wall tower with two stone-clad podium facades facing Otis and 12th Street. An on-site public plaza will improve the pedestrian experience, with landscape design by a collaboration between Fletcher Studio and the Mexican architect Frida Escobedo. 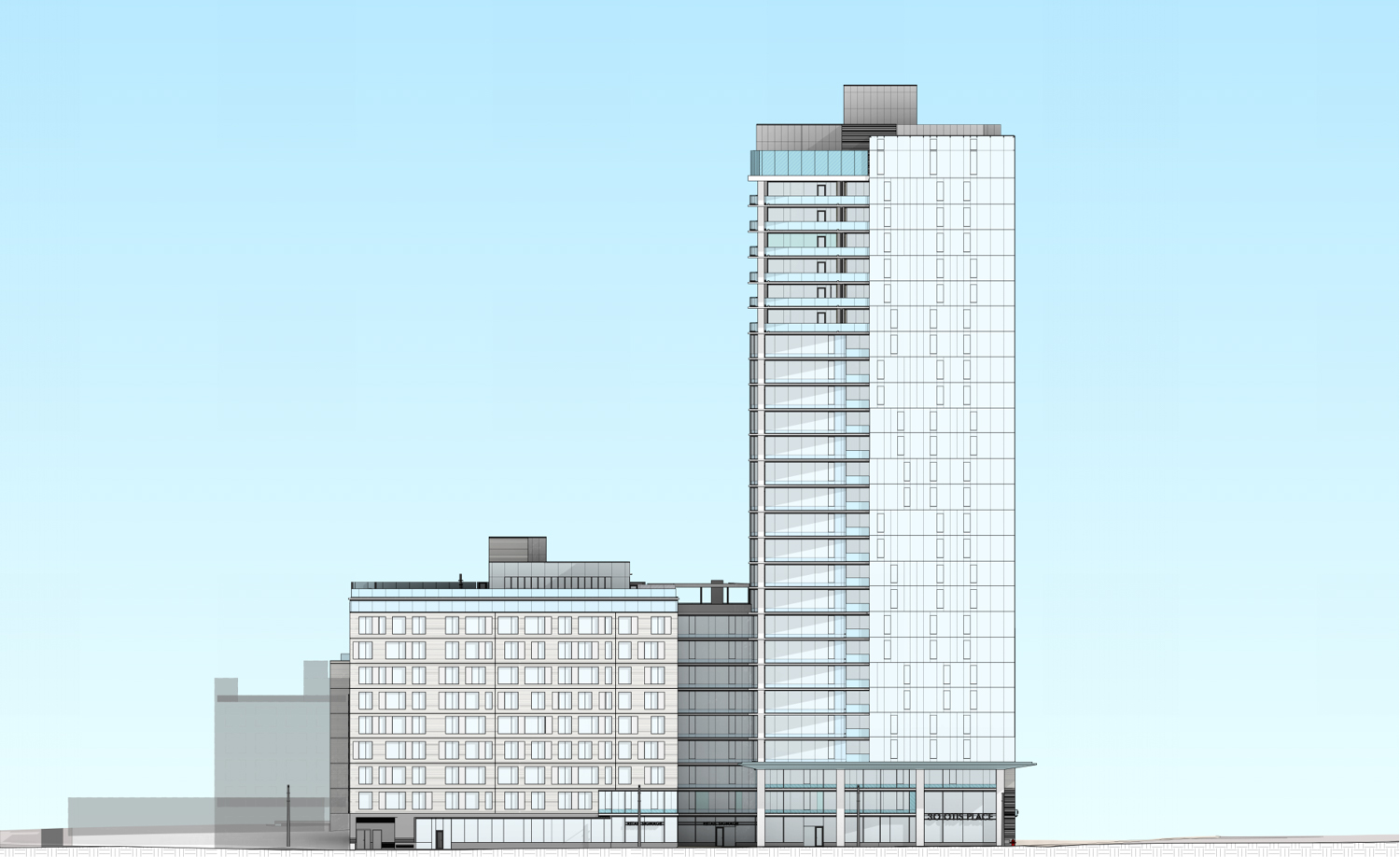 Once complete, the firm is expecting to receive LEED Gold certification for energy-efficient design such as on-site water treatment and using locally sourced material.

30 Otis is a part of the Market & Octavia area plan, also known as “The Hub,” San Francisco’s rezoned 84-acre high-rise district set to create a new nexus for urbanization. The plan has been in effect since mid-2007, following Mayoral approval. The rezoning allowed four plots to build over 400 feet, with surrounding parcels rising between 120 to 320 feet.

Be the first to comment on "Construction Wrapping Up for 30 Otis Street, SoMa, San Francisco"