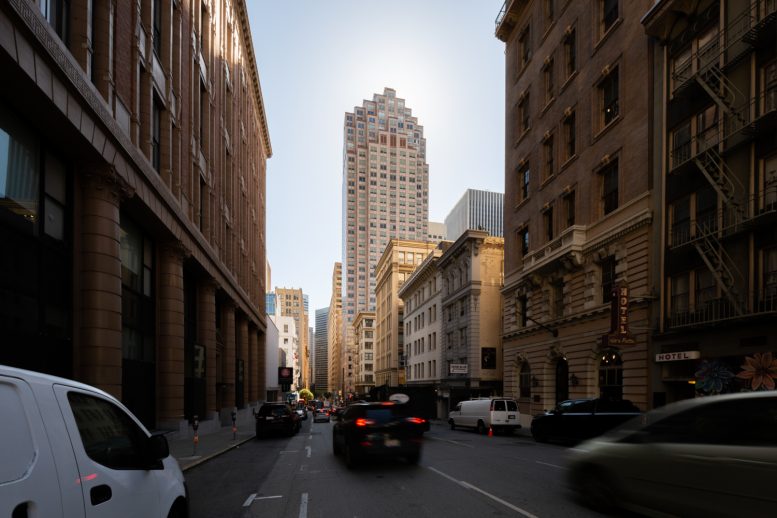 The 31st tallest building in the Bay Area planned or built is 333 Bush Street, a 495-foot tall mixed-use building in San Francisco’s Financial District. The project is two blocks away from the Montgomery Street BART Station. Opened in 1986, Skidmore, Owings & Merrill is the project architect. 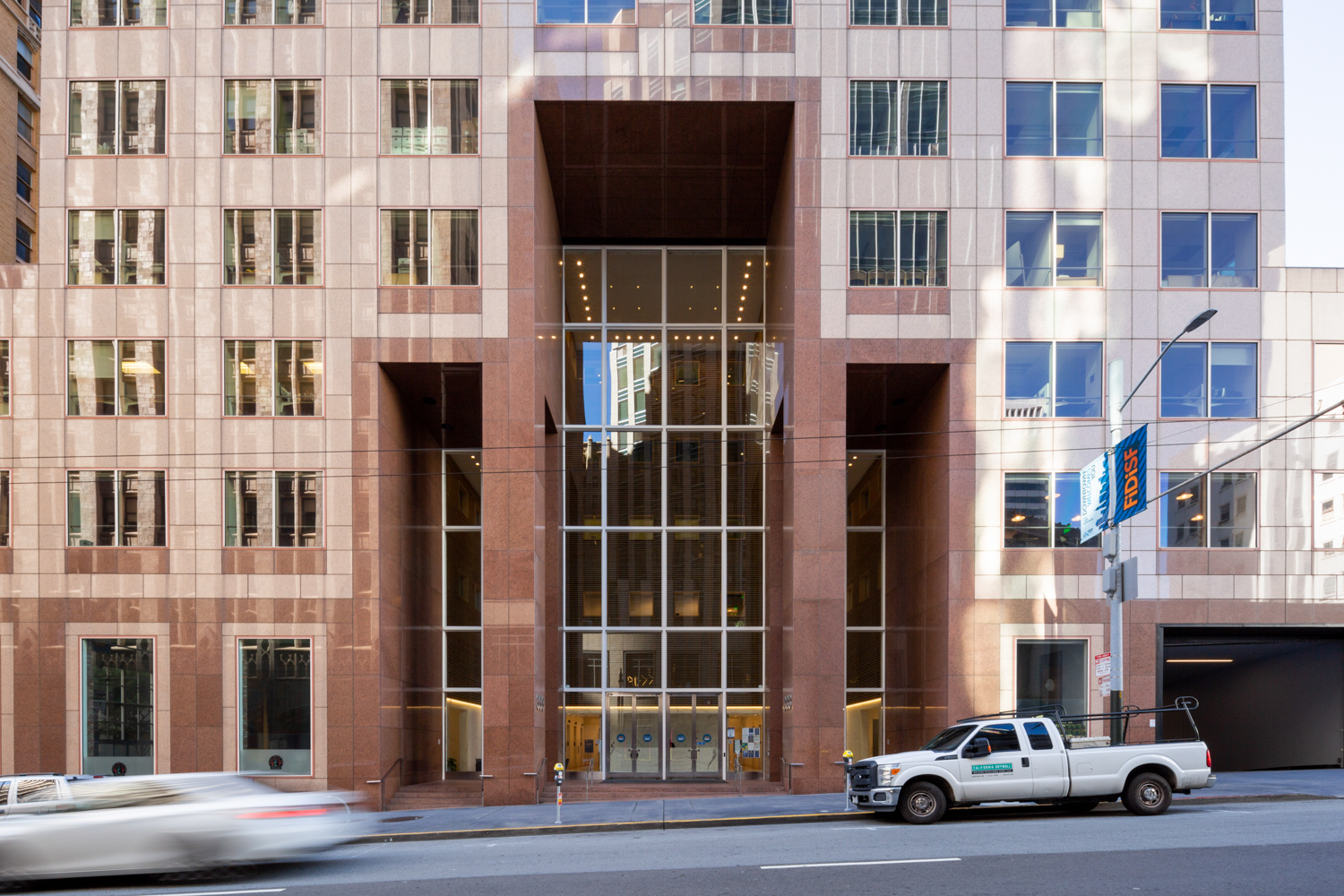 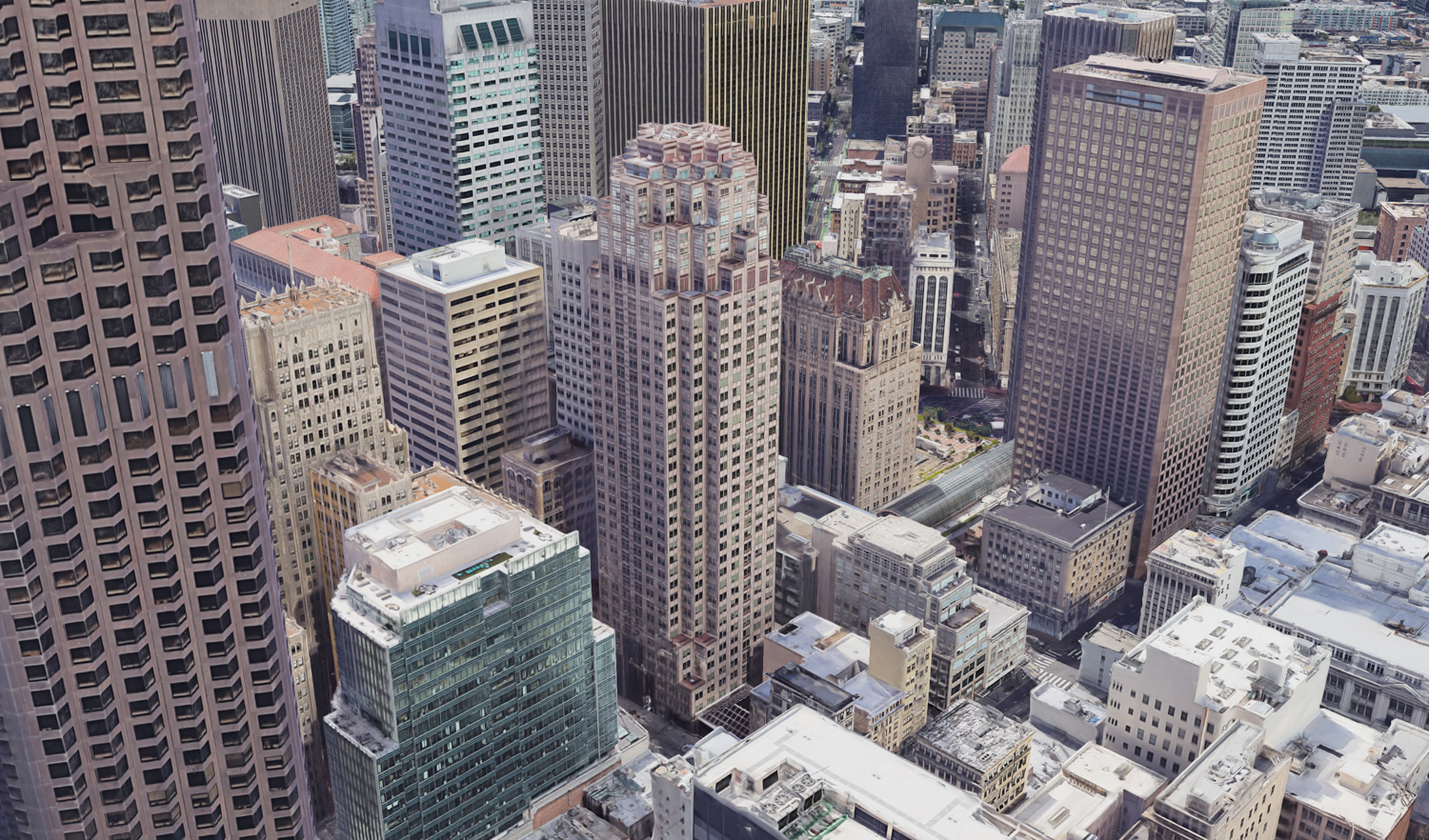 Skidmore, Owings & Merrill, an influential international architecture firm founded in 1936, is responsible for the design. The granite-clad facade makes a dramatic transition from a square base to a circular pinnacle with rectilinear setbacks. This scale is impressed upon the visitor with the 68-foot tall marble-clad lobby. 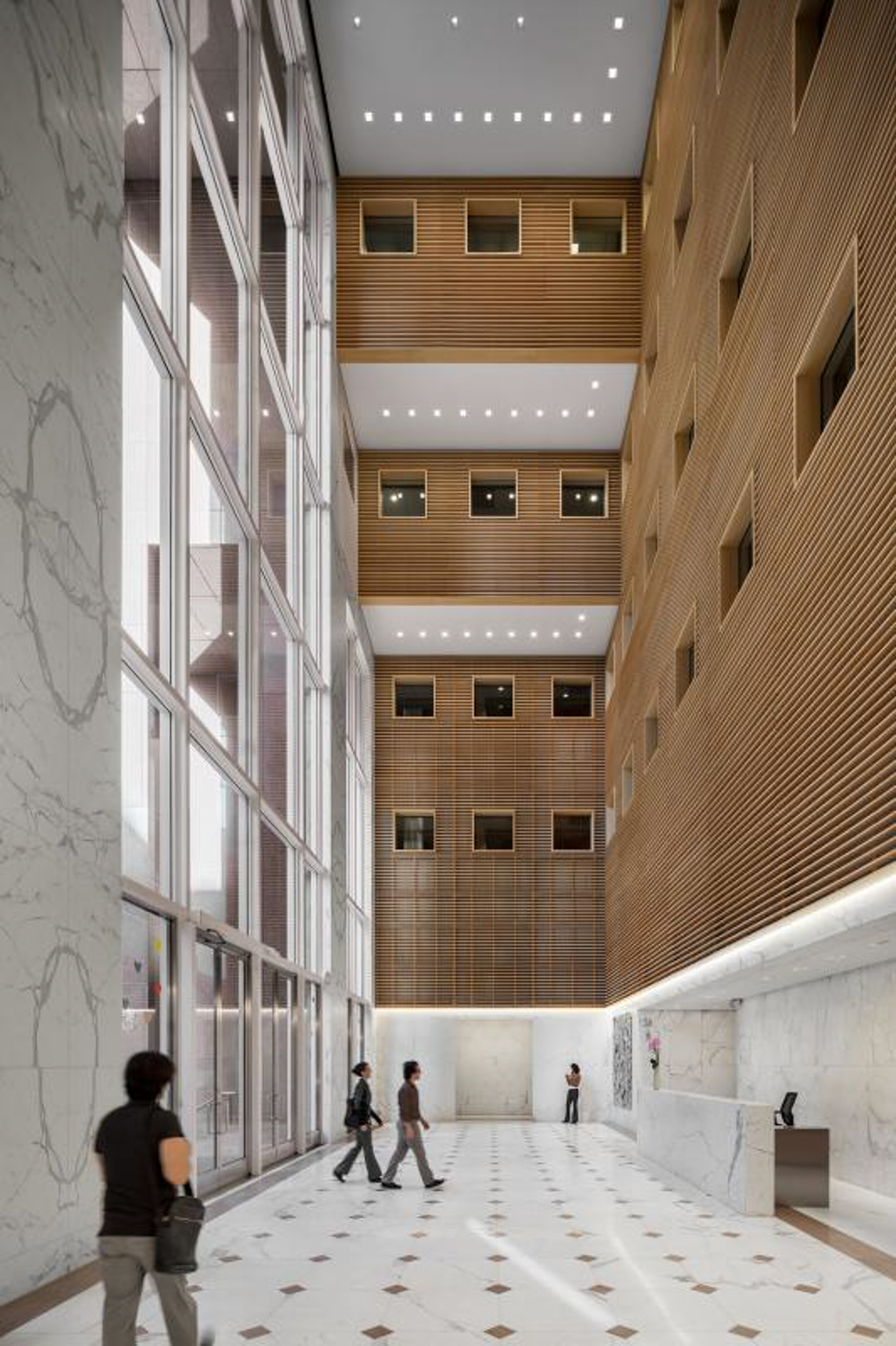 The postmodern design takes its cues for highlighting its verticality from the seminal unbuilt Chicago Tribune Tower proposal by Eliel Saarinen. Influence from the unbuilt design in San Francisco was first expressed by the Russ Building and 140 New Montgomery Street, both built in the 1920s and tied as the 48th tallest skyscraper on the SFYIMBY’s countdown. 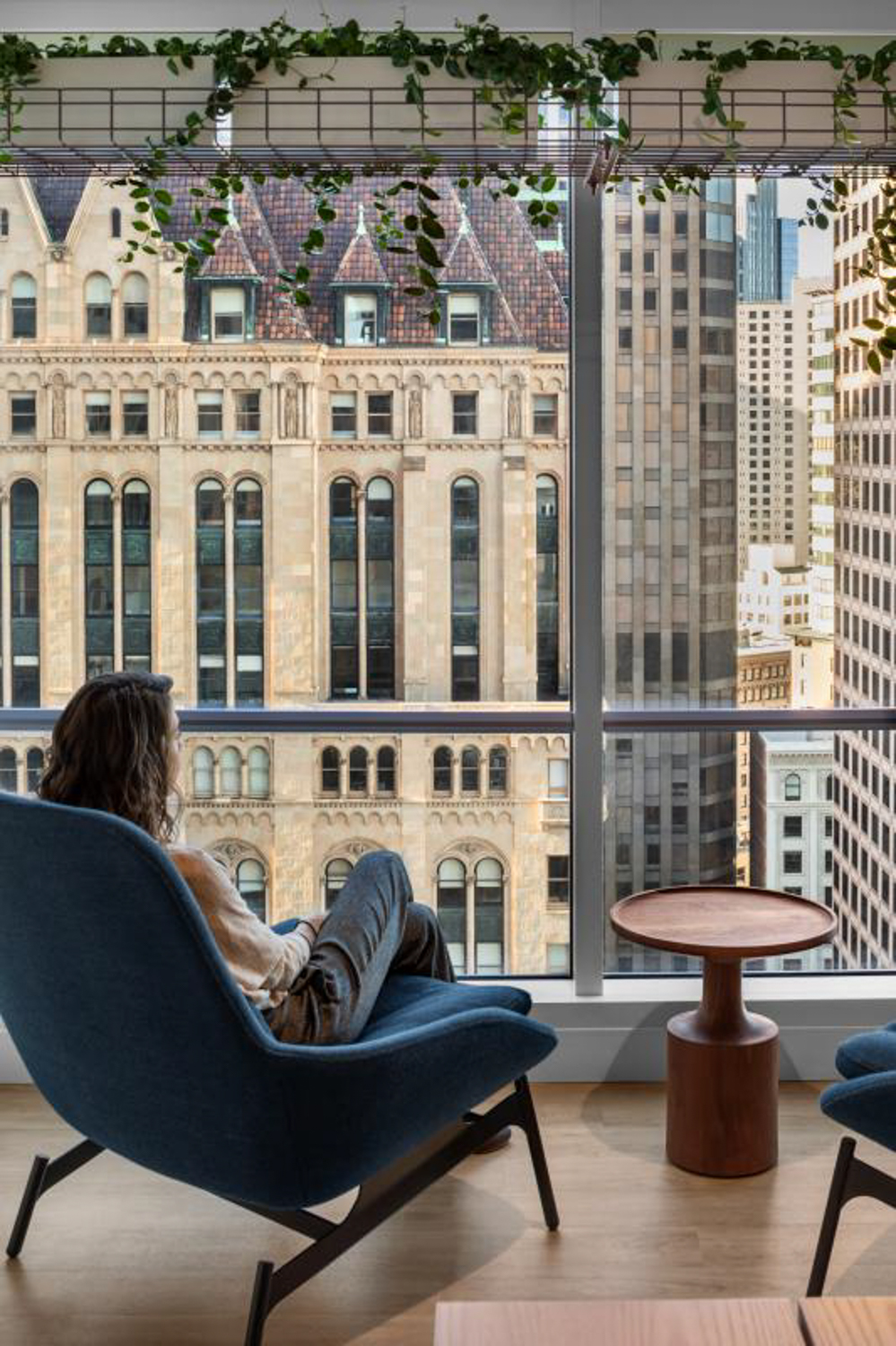 New building permits were filed in 1981, with an estimated construction cost of $76 million. Construction opened in 1986 Hines and Sterling American Property were the tower owners until 2009, and by 2013 the site was purchased by a joint venture of Massachusetts Pension Reserves Investment Management Board and DivcoWest Properties. 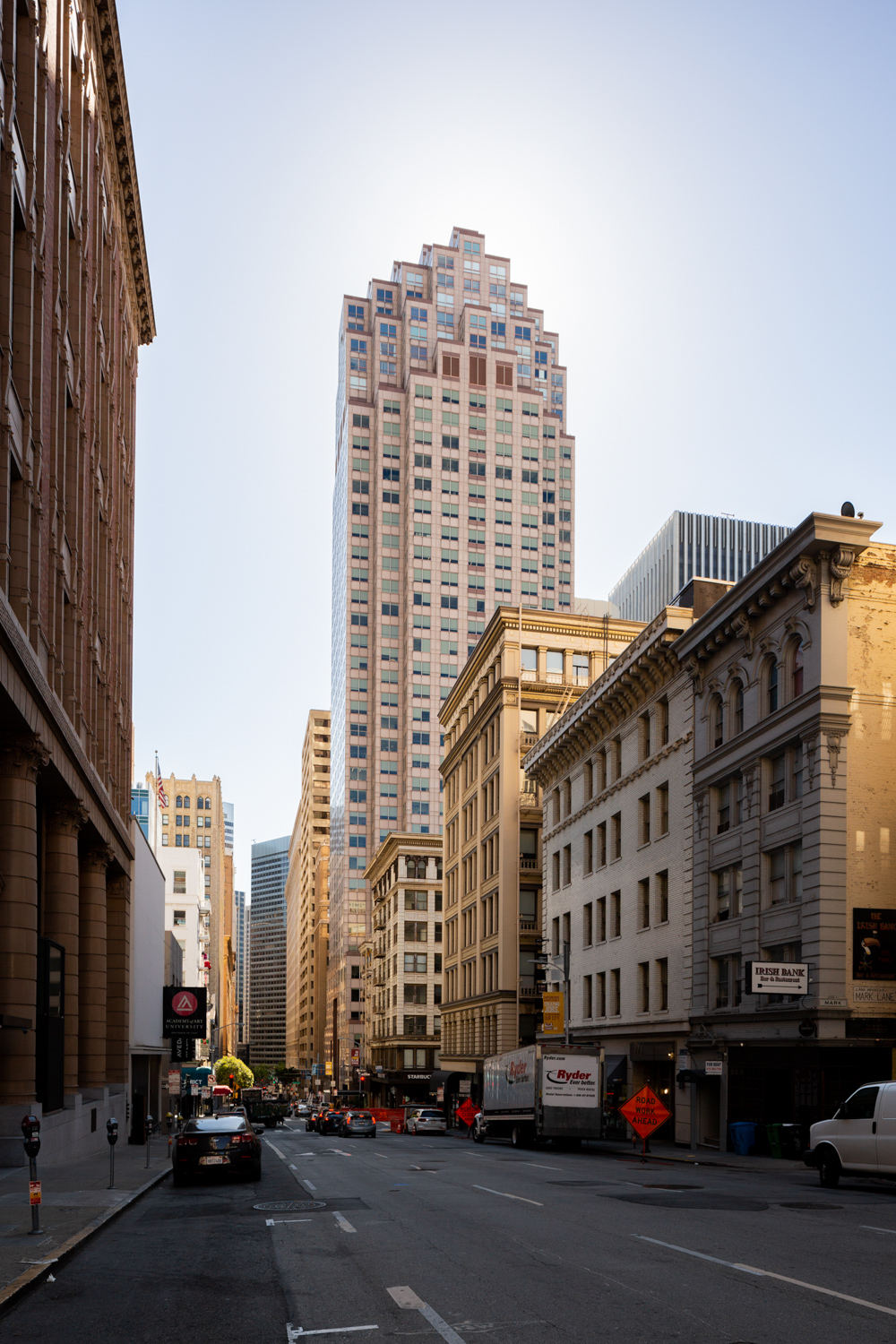 Tishman Speyer purchased the property in 2015 for $378.5 million. A subsequent renovation in 2017 improved the structure’s environmental footprint, such that it received LEED Platinum certification. The building offers ‘Studio by Tishman Speyer,’ flexible coworking office space offering private offices or flex desks available at a monthly cost.

Be the first to comment on "Number 31: 333 Bush Street in Financial District, San Francisco"