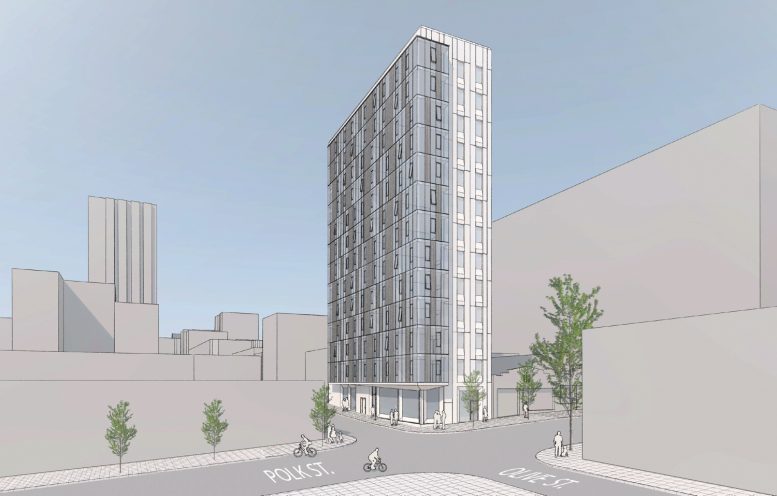 A new rendering has been revealed for a proposed thirteen-story mixed-use building by Van Ness Avenue in San Francisco. The project, located at the corner of Polk and Olive Street, would create new retail space and housing with affordable units. RG Architecture is managing the building design.

A total of sixty apartments will be created, all of which will be studio-sized. According to the preliminary project assessment application, the developer has not decided if units will be sold as rentals or for ownership. 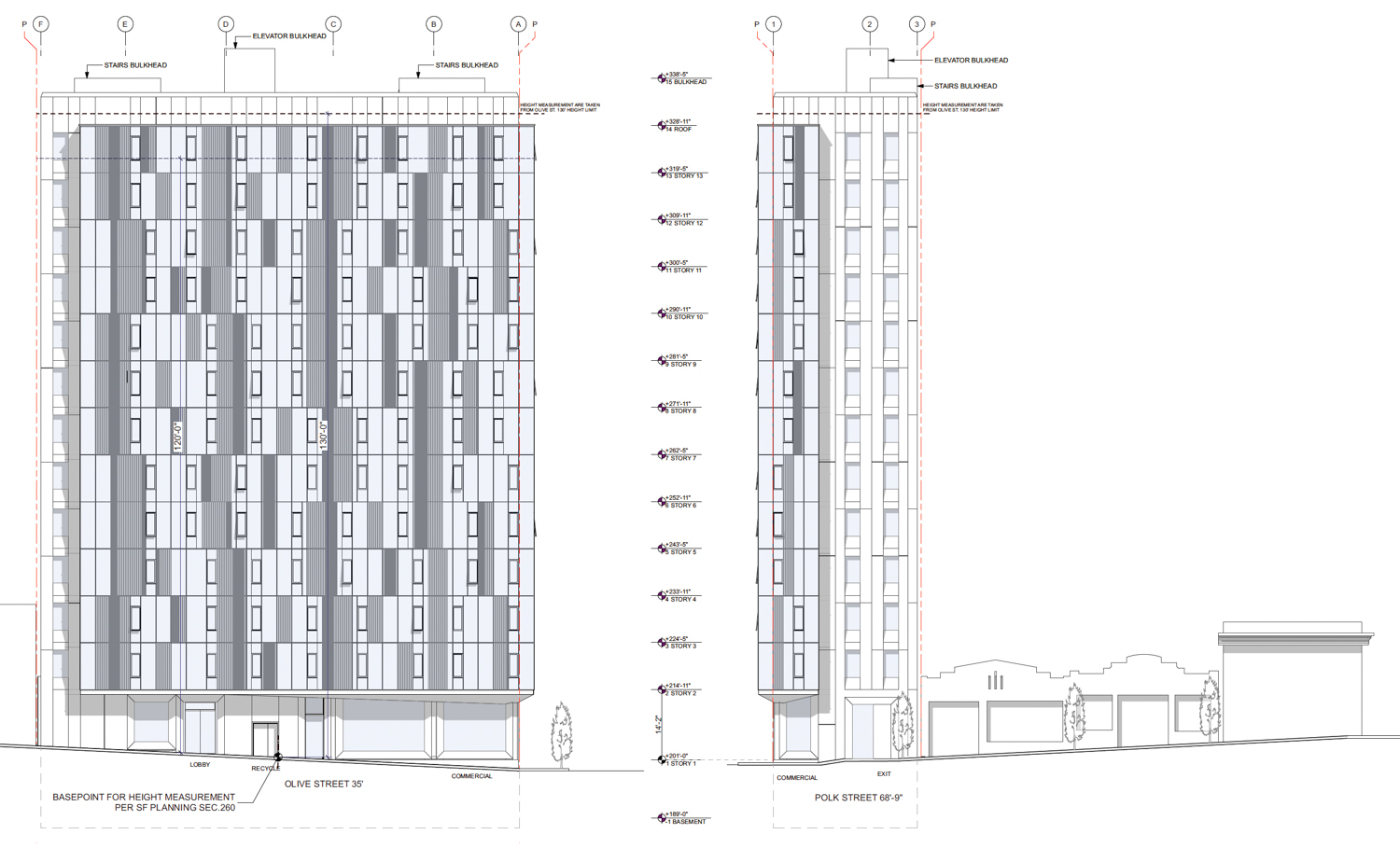 The proposed building would rise 137 feet high to yield 43,150 square feet, of which 1,710 square feet will be usable open space, and 1,000 square feet for ground-level retail. Parking will be included for sixty bicycles.

RG Architecture is responsible for the design. The contemporary building will rise to the area’s height limit, overshadowed by several larger buildings in the area. The southern facade is wrapped with curtainwall and randomized decorative louvers, likely clearly hiding HVAC systems. The rest of the building will be clad with solid white panels. 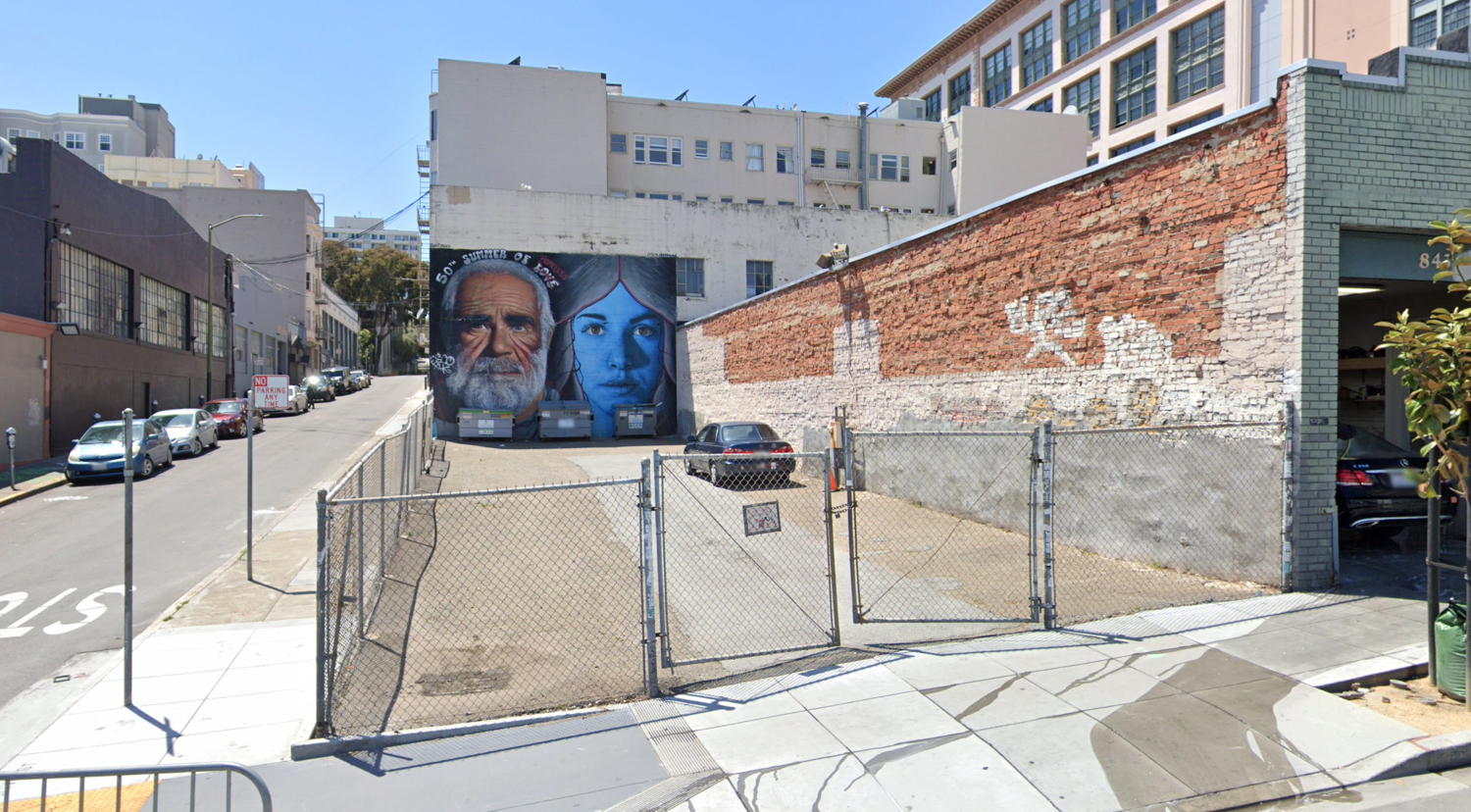 CF Contracting is listed as the property owner behind the proposed apartment building. The construction cost is expected to cost $13.1 million, with the full development price tag likely being higher. An estimated timeline for construction has not yet been announced.