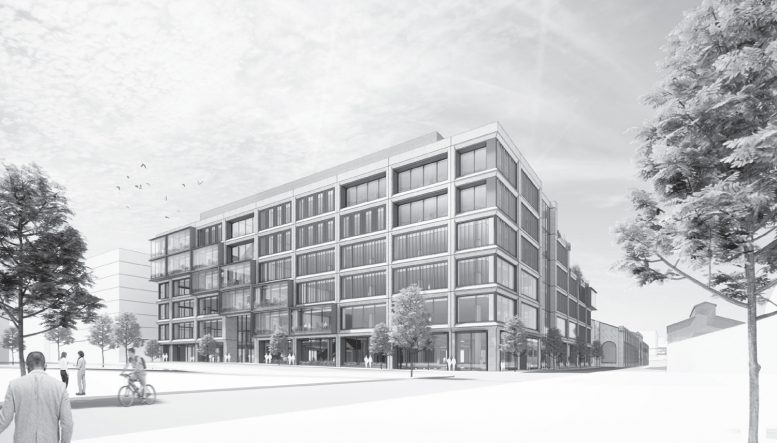 Pier 70's Parcel A at 88 Maryland Street, design by DES and Grimshaw

Brookfield has filed a new design review phase application for a six-story office building at Parcel A at 88 Maryland Street. Parcel A is one of many structures to be built in the 69-acre mixed-use district plan along San Francisco’s Central Waterfront of which Brookfield is developed 28 acres. The application reveals a new design for Parcel A by DES Architects + Engineers in collaboration with Los Angeles-based Grimshaw Architects. 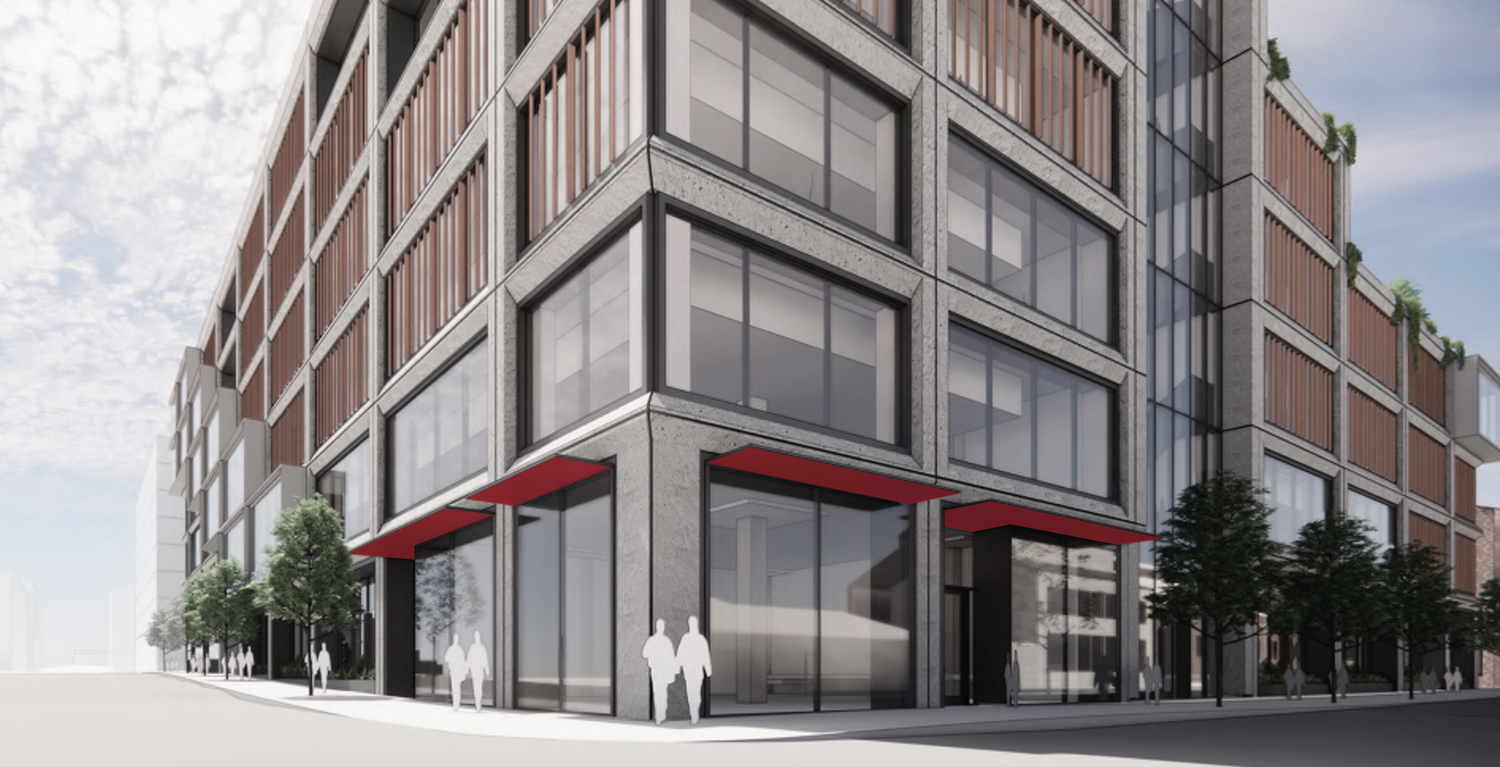 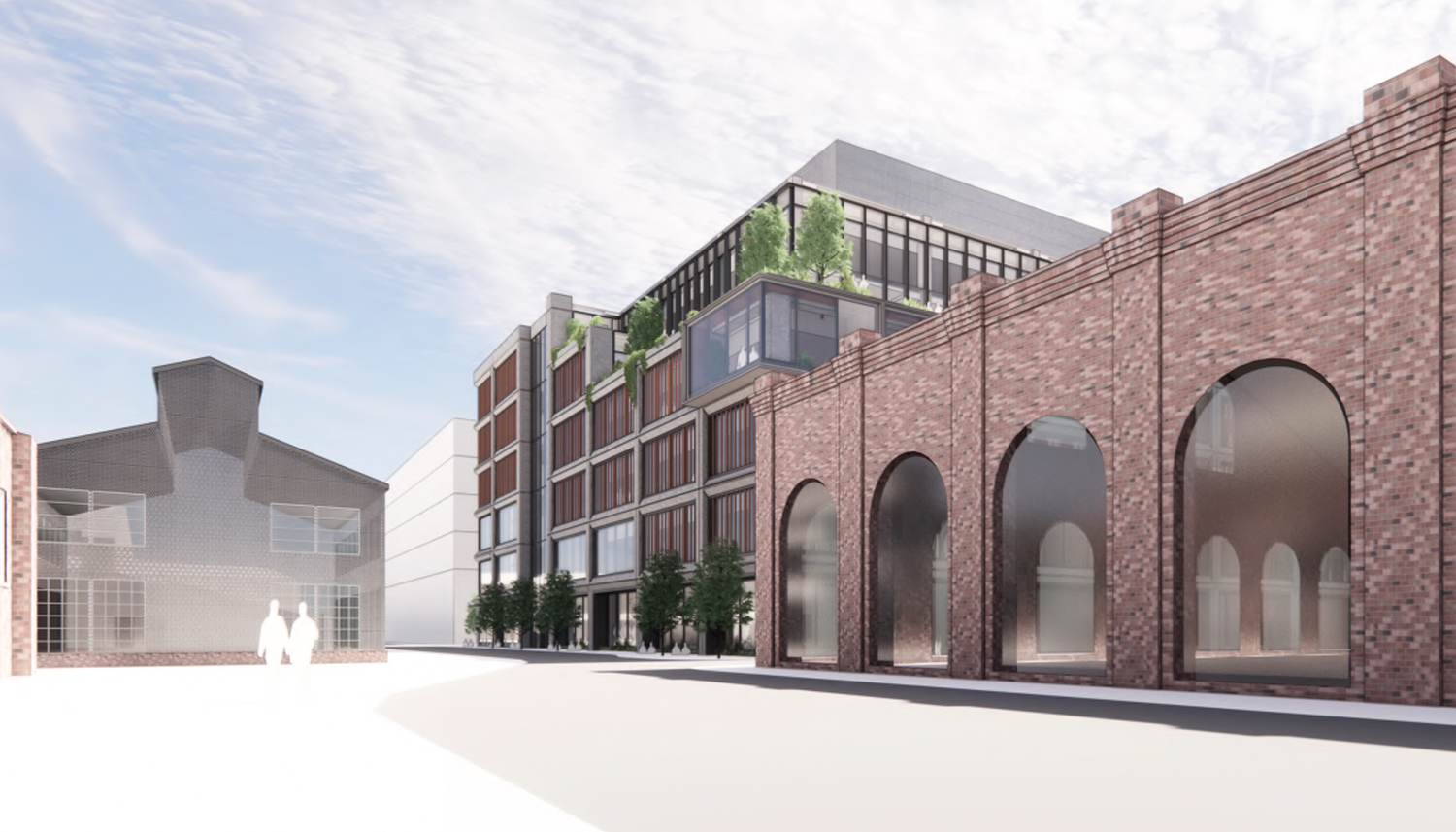 Pier 70’s Parcel A at 88 Maryland Street viewed from 20th Street, design by DES and Grimshaw

The design will respond to the many historic structures that will be restored and adapted for new use. In planning applications, the architects write about the design inspiration, stating it “finds its roots in the inspiration of the site’s rich industrial context…” The application goes on to share six fundamental architectural drives; identity through legibility, discernible scale, functional and desirable floor plates, daylit and expressive circulation, environmentally performative, and a human component. 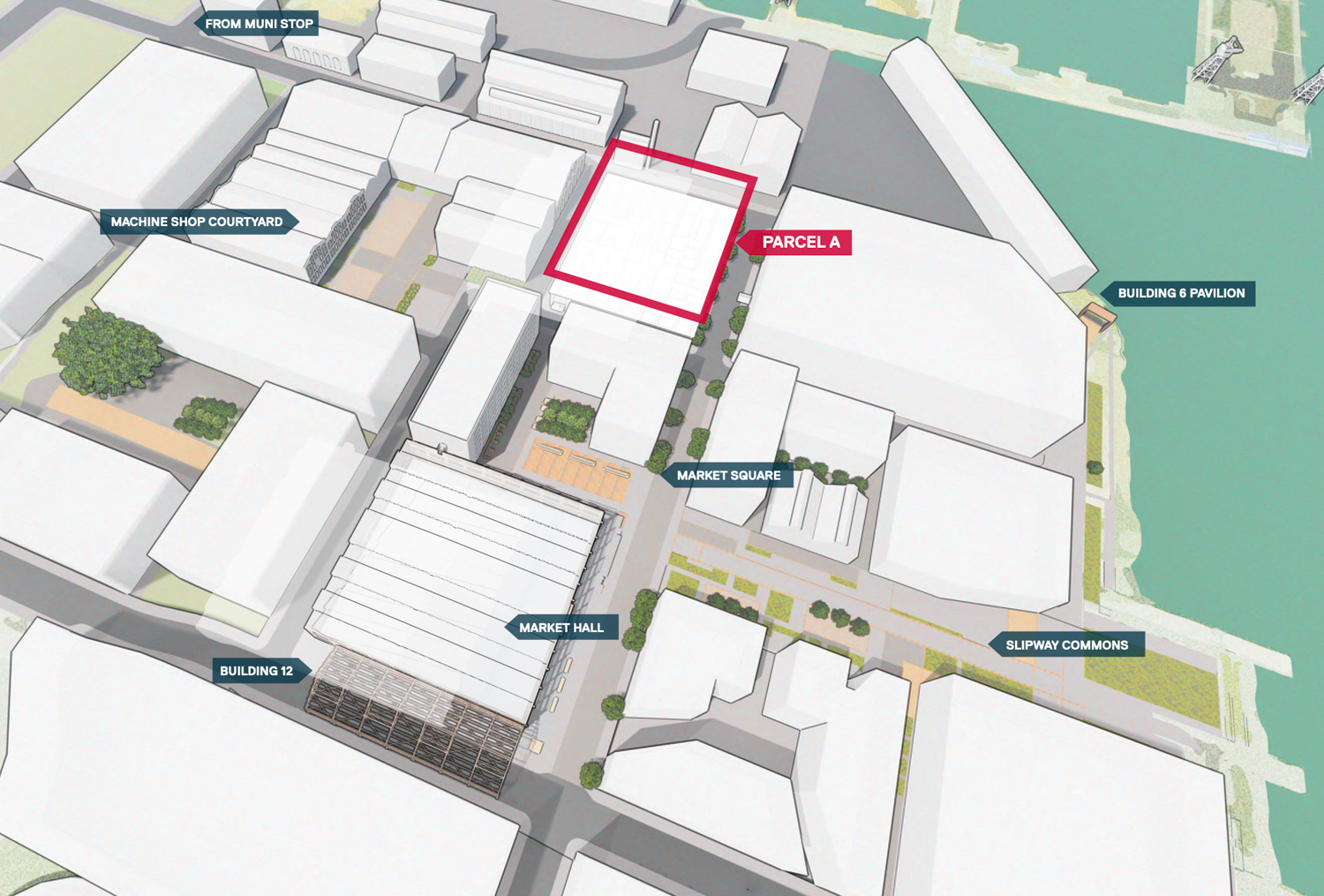 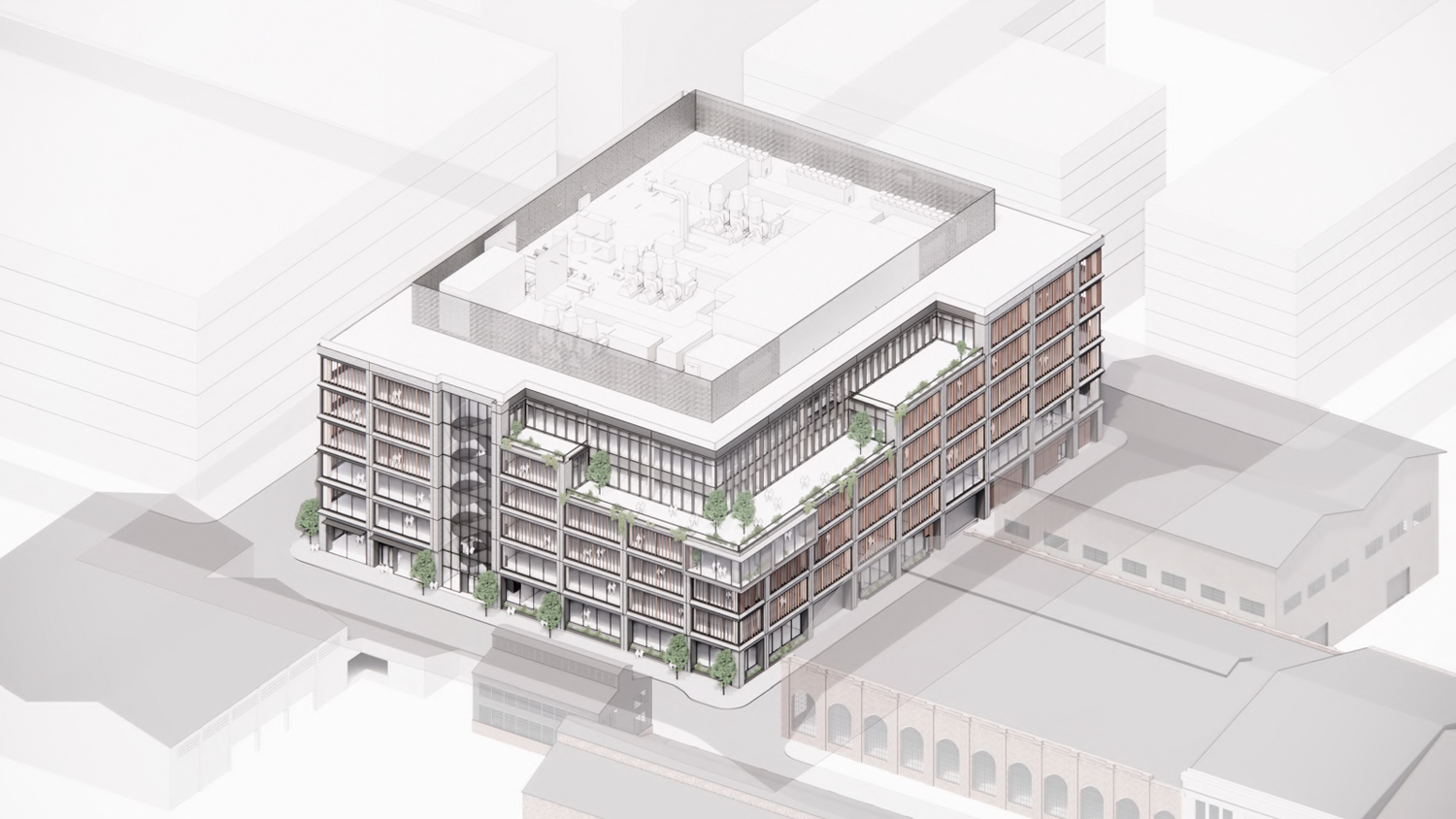 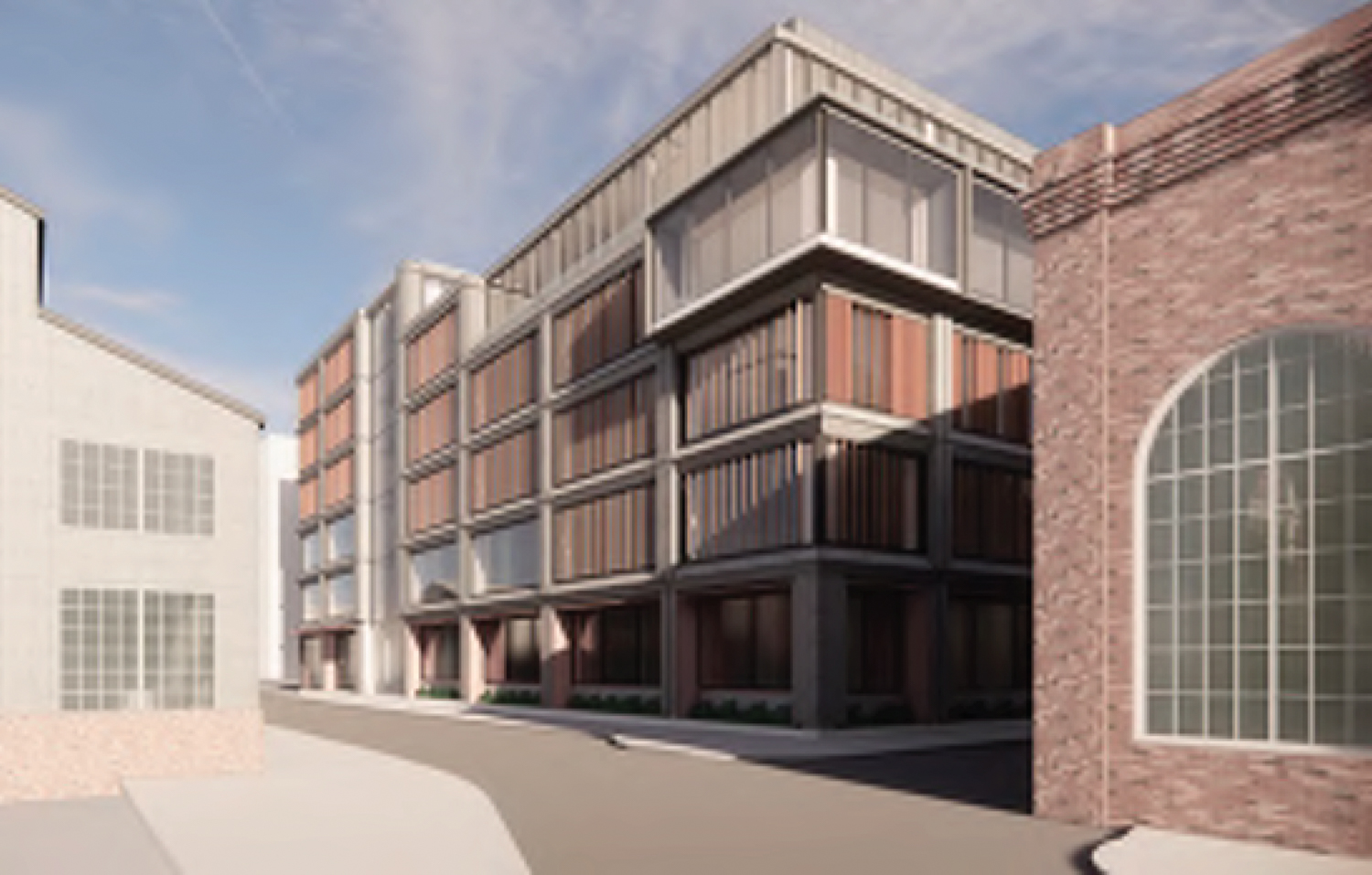 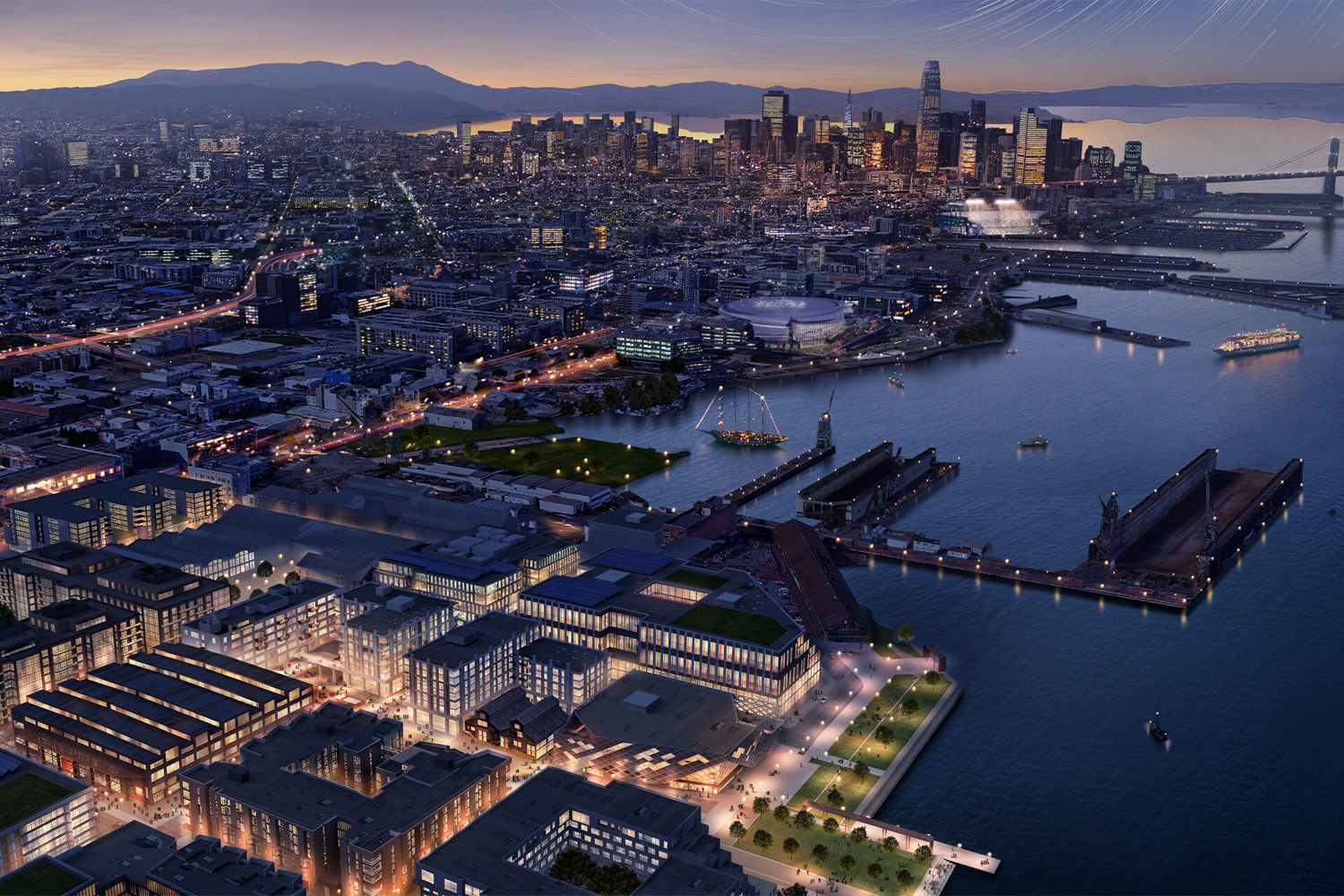 Parcel A has already received initial approval from the city, along with Parcel E2 and K North, the latter to be developed by Westbrook Partners, depicted below. SITELAB Urban Studio is responsible for the urban design and master planning of Pier 70 in close collaboration with Brookfield, the city, and the Port of San Francisco. Brookfield website projects completion as early as 2025. 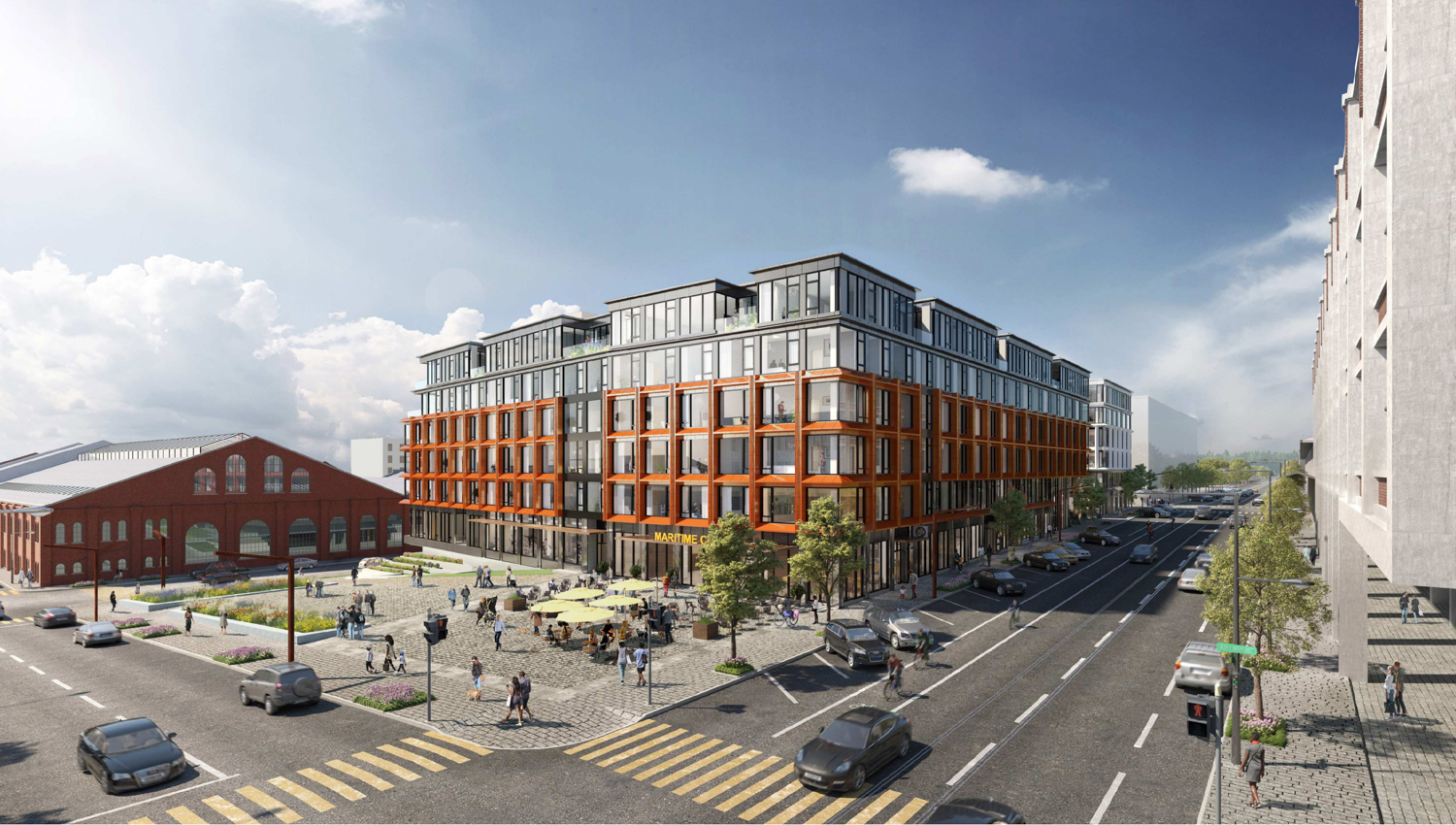 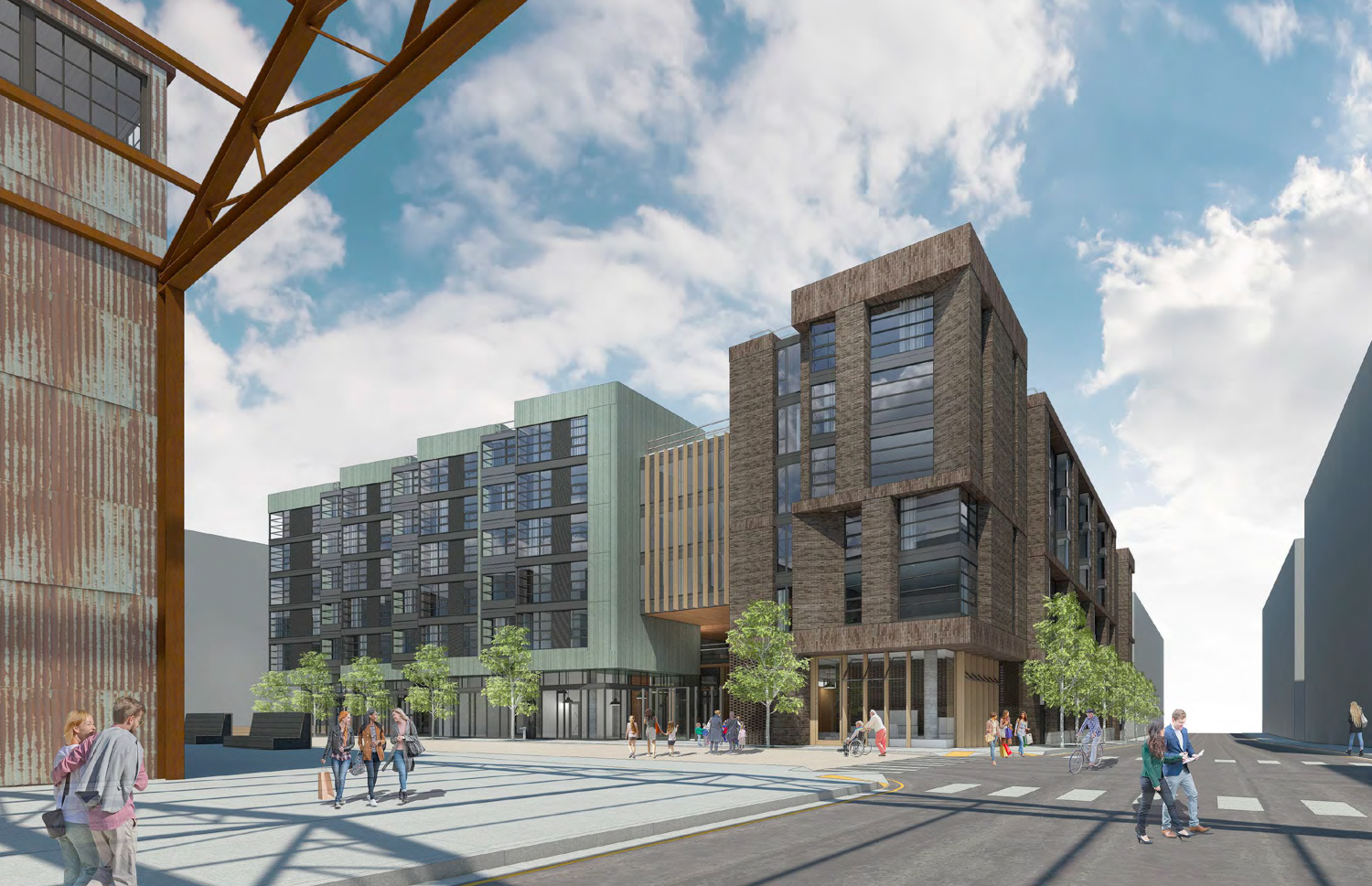