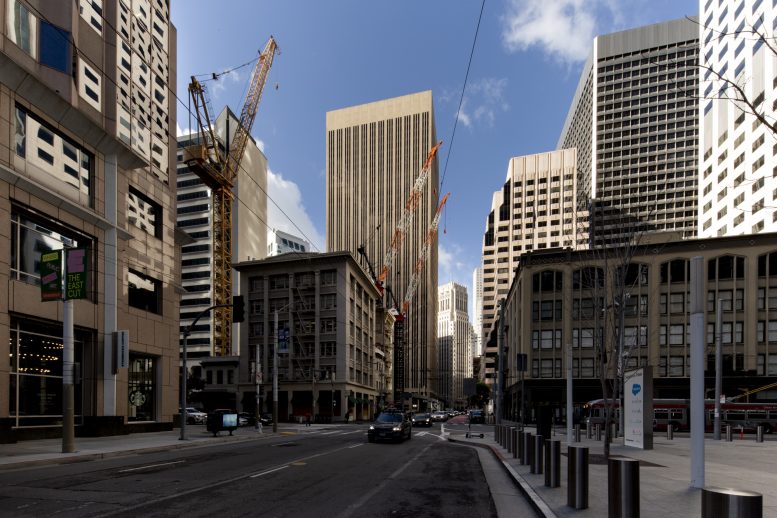 525 Market Street is tied as the 26th tallest building in the Bay Area planned or built. The structure has a 529-foot pinnacle above SoMa, contributing over a million square feet of office space to San Francisco’s central business district. John Carl Warnecke is the architect. 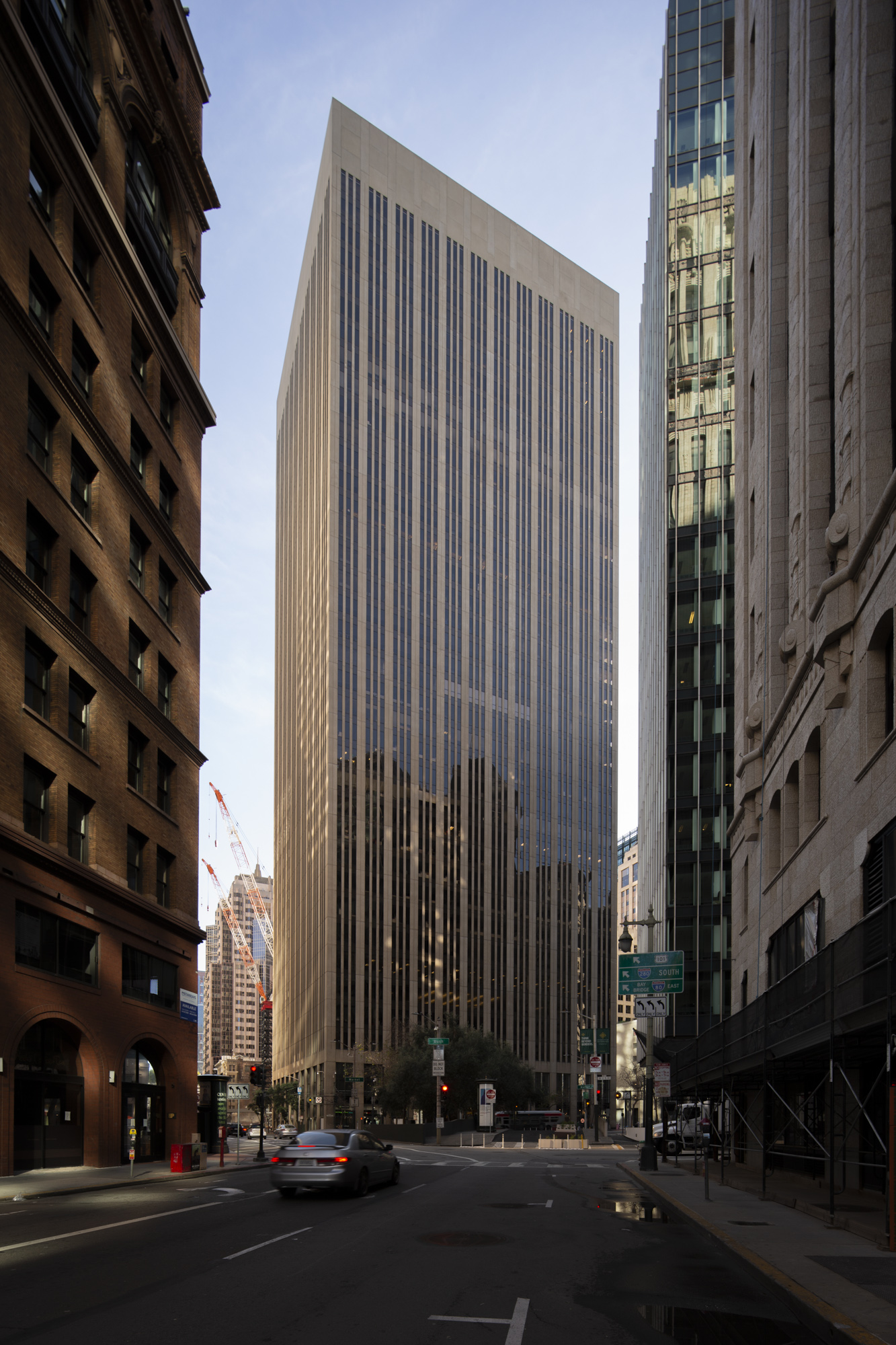 Today’s story is part of a weekly series on SFYIMBY to count down the 52 tallest towers in the Bay Area built or planned as of January 2021. 525 Market Street is tied with One Post Street with a rooftop height of 529 feet. 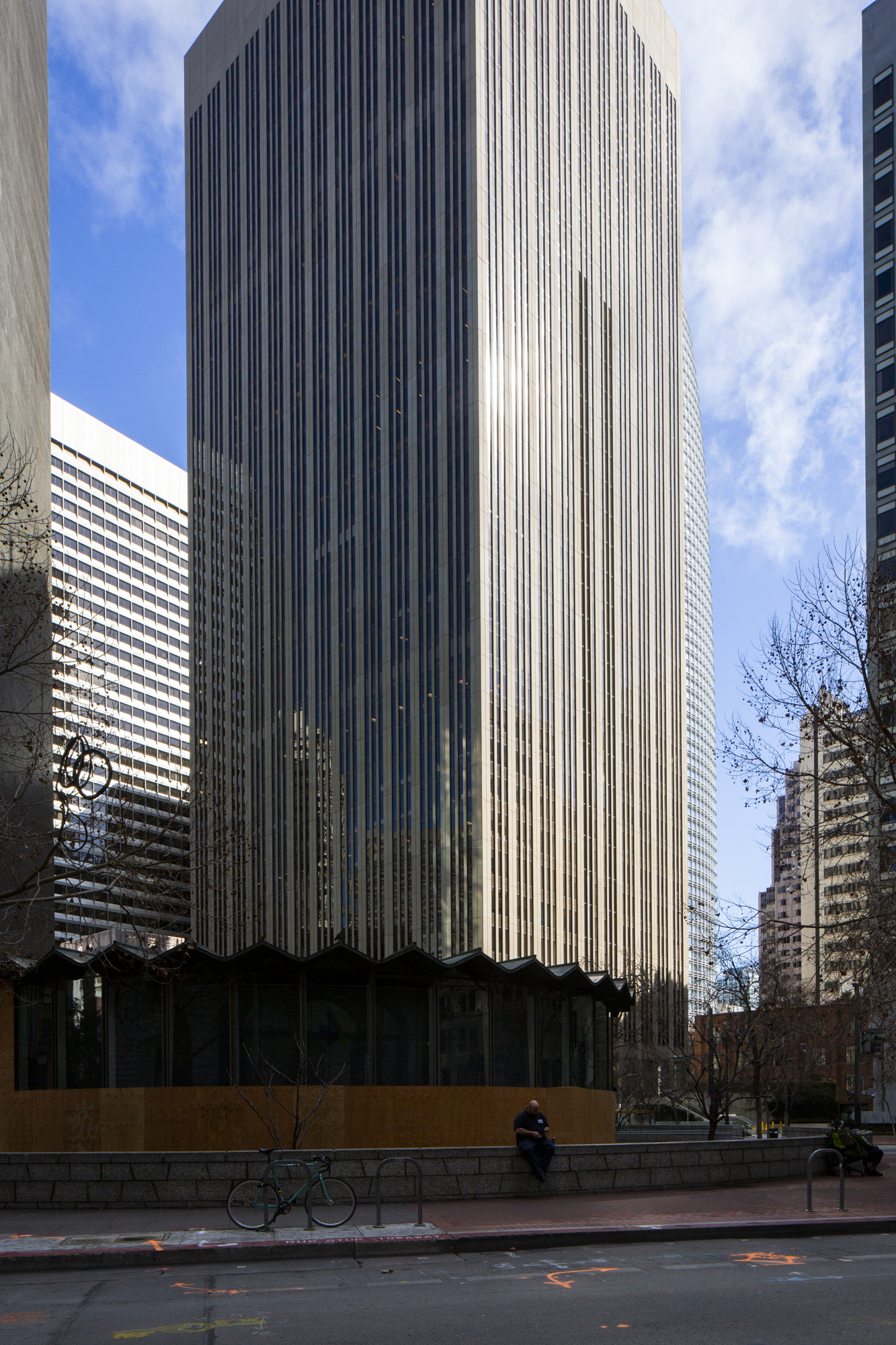 525 Market Street viewed from across the One Bush Street plaza, image by Andrew Campbell Nelson

John Carl Warnecke is responsible for the design of the tower. The imposing verticality is emblematic for the firm recognized for its use of brutalism and Bauhaus design tropes. The San Francisco-based architect is well remembered for designing the Eternal Flame memorial gravesite for President John F. Kennedy in Arlington. Warnecke’s master plan for Lafayette Square in Washington DC also gained significant attention for bringing the first modern buildings to the historic square. Other work includes the Philip A. Hart Senate Office Building in DC and the Hawaii State Capital Building in Honolulu.

However, readers familiar with New York will best know the Warnecke firm for the brutalist and windowless 33 Thomas Street skyscraper owned by AT&T in Lower Manhattan. 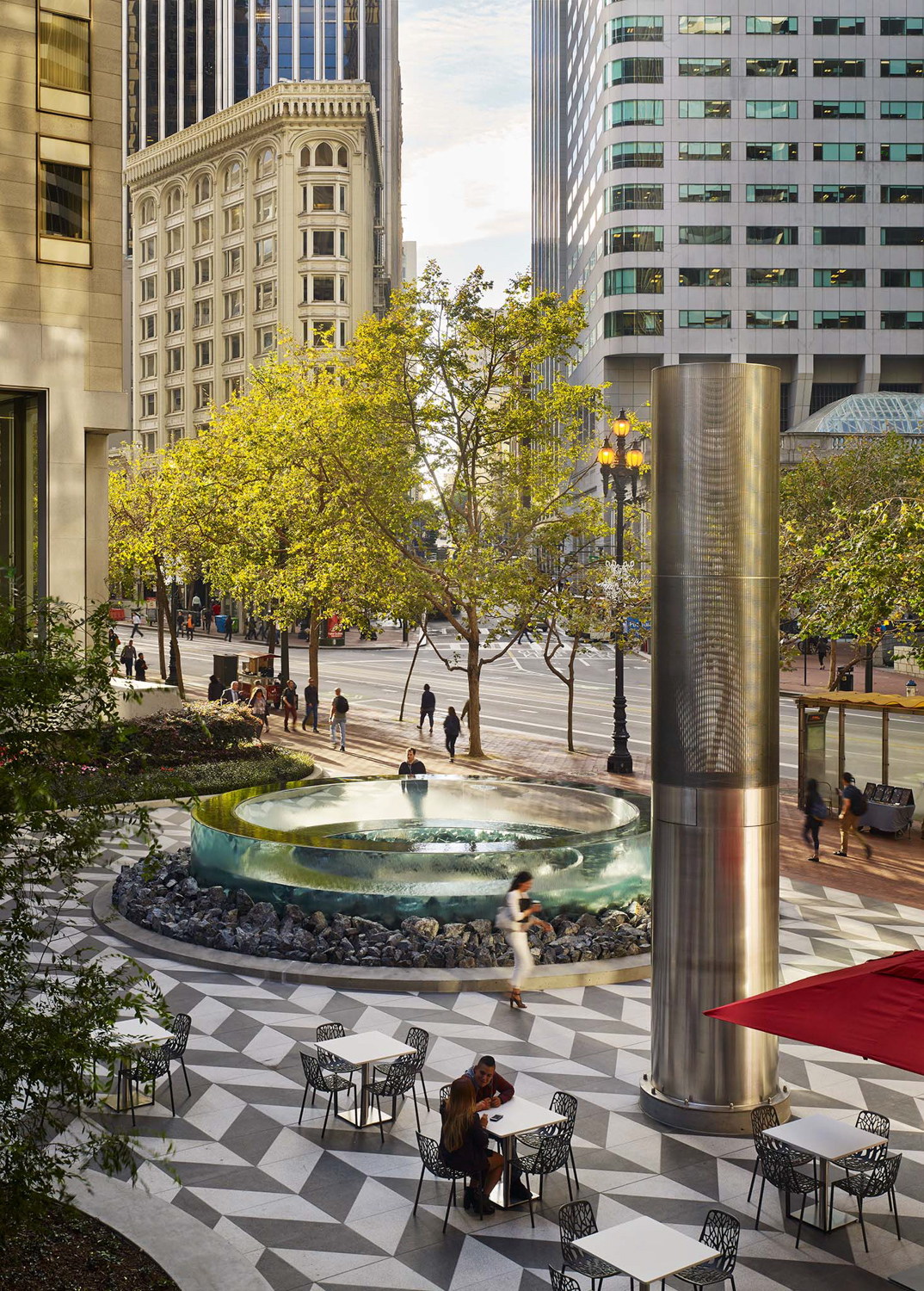 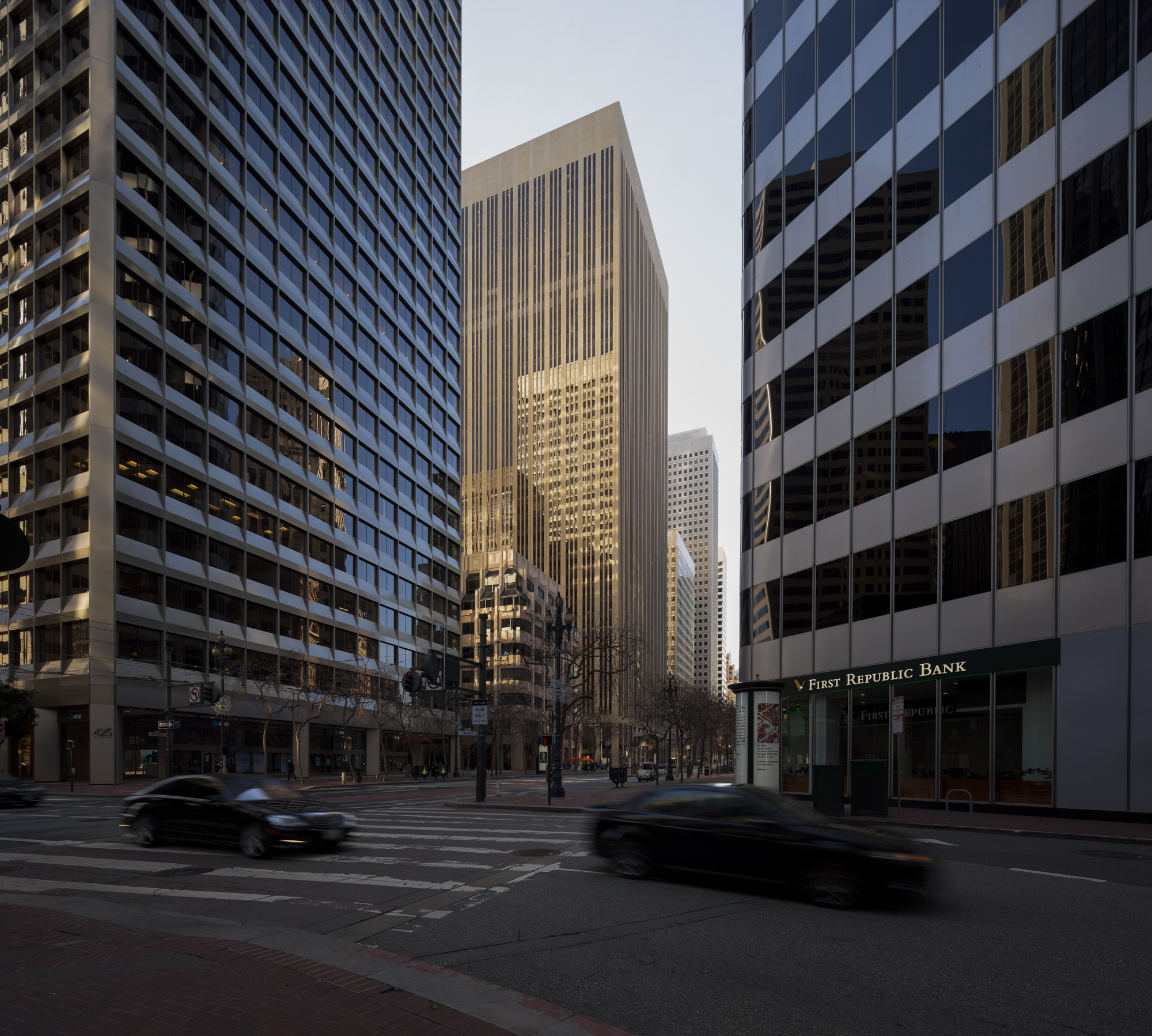 525 Market Street has been owned by the New York State Teachers’ Retirement System since 1998. The public retirement fund is the largest in the country, holding $120.5 billion of assets. Knickerbocker Properties, an affiliate of the teacher fund, sold a 49% stake in the building to a Deutsche Bank Subsidiary in early 2020 for $682 million. 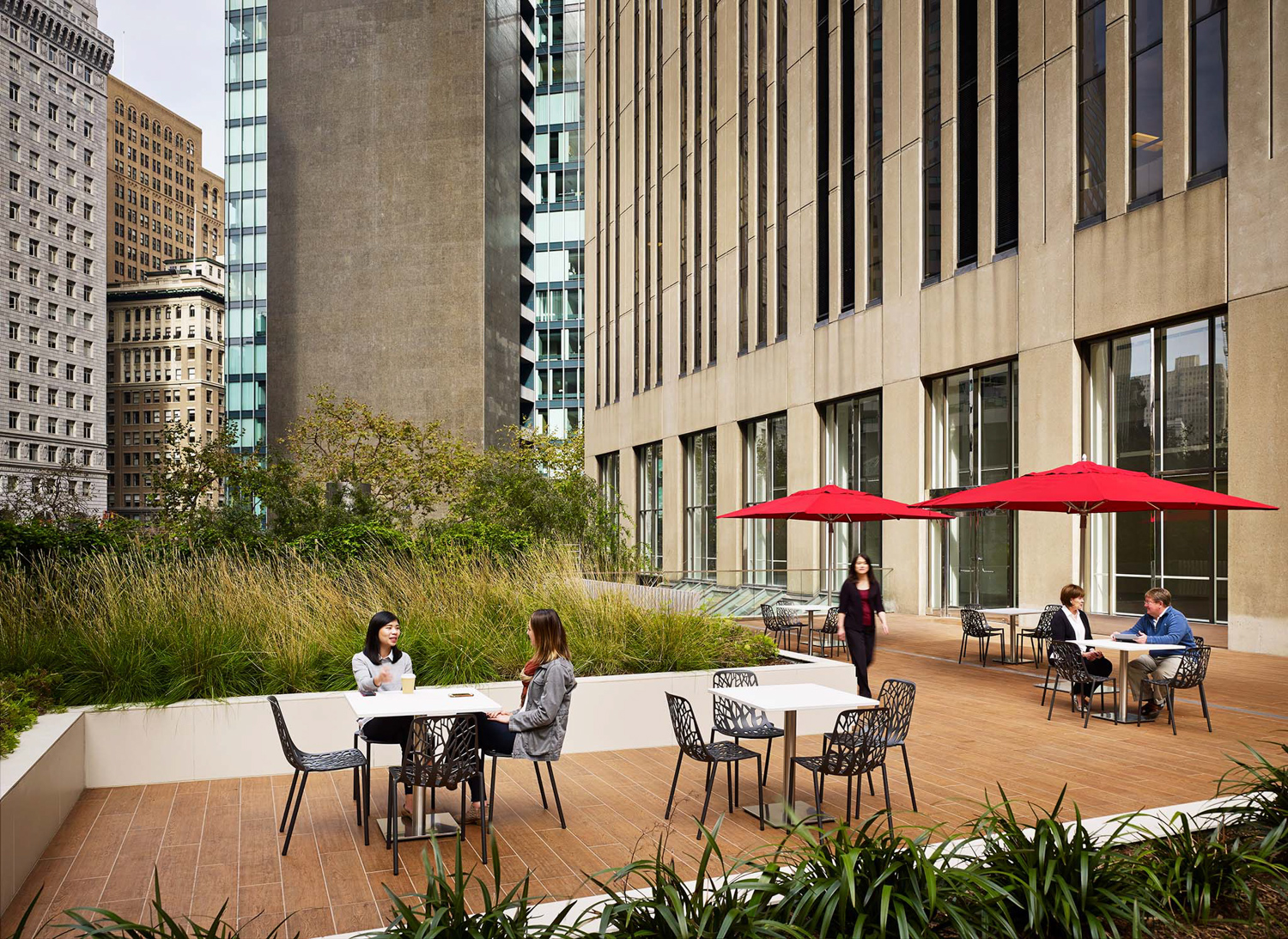 Amazon is the anchor tenant for 525 Market Street. The multinational technology company rents 40% of the total area, housing the Amazon Web Services and Amazon Music divisions. Sephora is the next largest tenant, utilizing the office building as their North America headquarters since 2004.

The 39-story building is positioned at the corner of 1st Street and Market between 1st and 2nd Street. Both the Transbay Transit Center, Embarcadero, and Montgomery Street BART stations are in close proximity to the offices.

Be the first to comment on "Number 26: First Market Tower at 525 Market Street, SoMa, San Francisco"