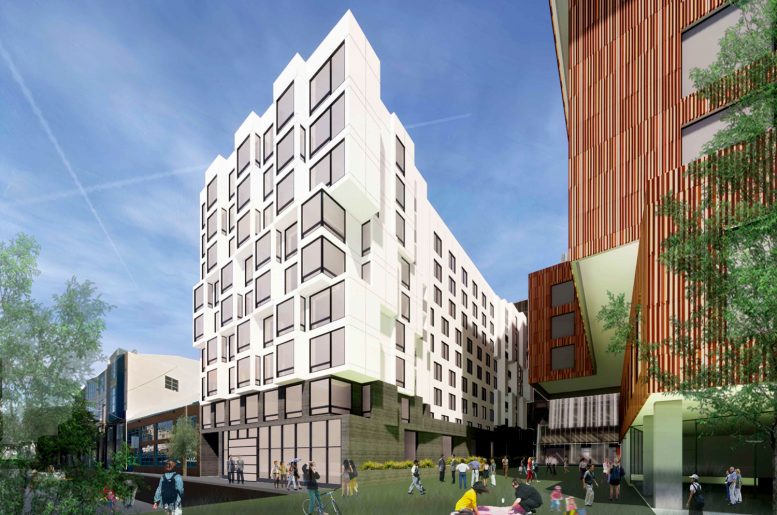 New renderings have been published ahead of an interdepartmental project review meeting of a nine-story mixed-use building with affordable housing at 560 Brannan Street in SoMa, San Francisco. The proposal would add 120 new units to the San Francisco housing market extending from Brannan Street to the mid-block Freelon Street. Aralon Properties is responsible for the development. 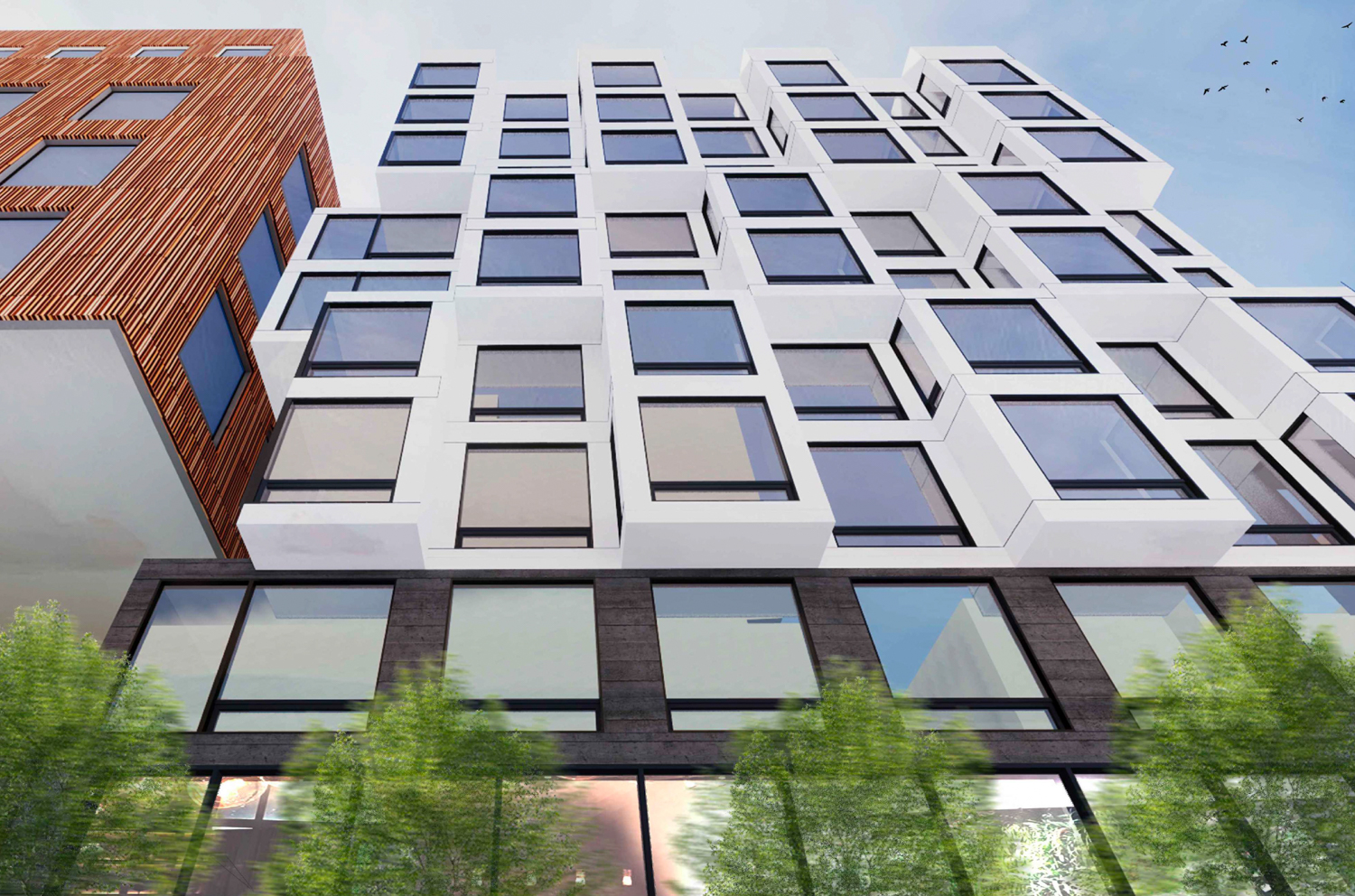 The 96-foot tall structure will yield 78,180 square feet with 72,840 square feet for residential use and 5,640 square feet for light industrial use within the PDR category. PDR is an acronym used by the planning department to refer to Production, Distribution, and Repair uses. Parking will be included for 115 bicycles. 3,690 square feet of open space will be provided., along with a 4,550 square foot living roof. 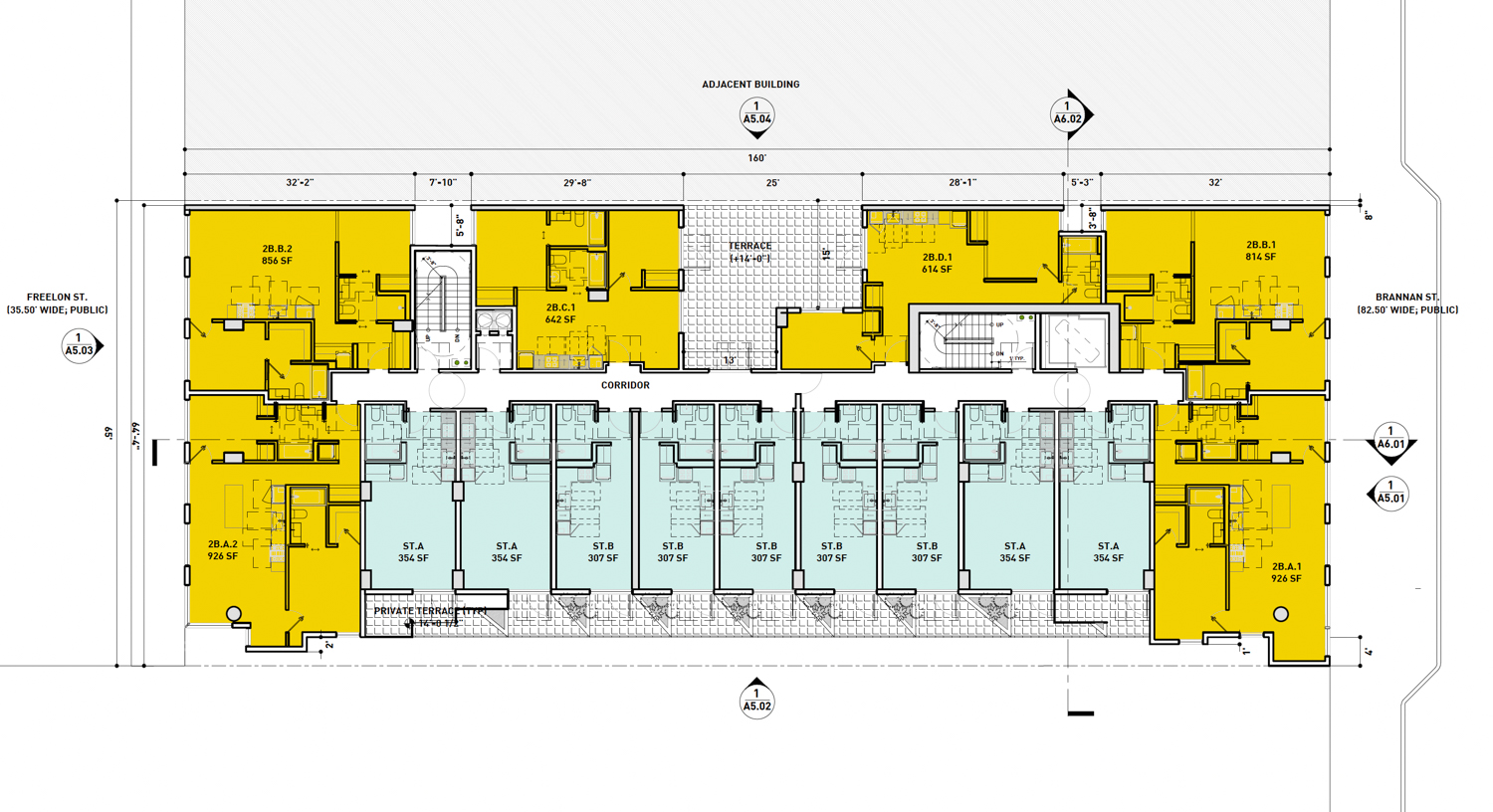 Unit sizes will vary with 48 two-bedrooms, seven one-bedrooms, and 65 studio units. Of the 120 rental units, 18 will be provided as affordable. Ten units will be priced for households earning half of the Area Median Income, or AMI. Four units will be provided for residents earning 80% AMI, and four for 110% AMI households. The project benefits from the State Density Bonus program by including affordable housing, increasing the floor area by 35%. The developers will also seek waivers for lot coverage, dwelling unit exposure, height, and PDR replacement. The structure will remain below the maximum height limit. 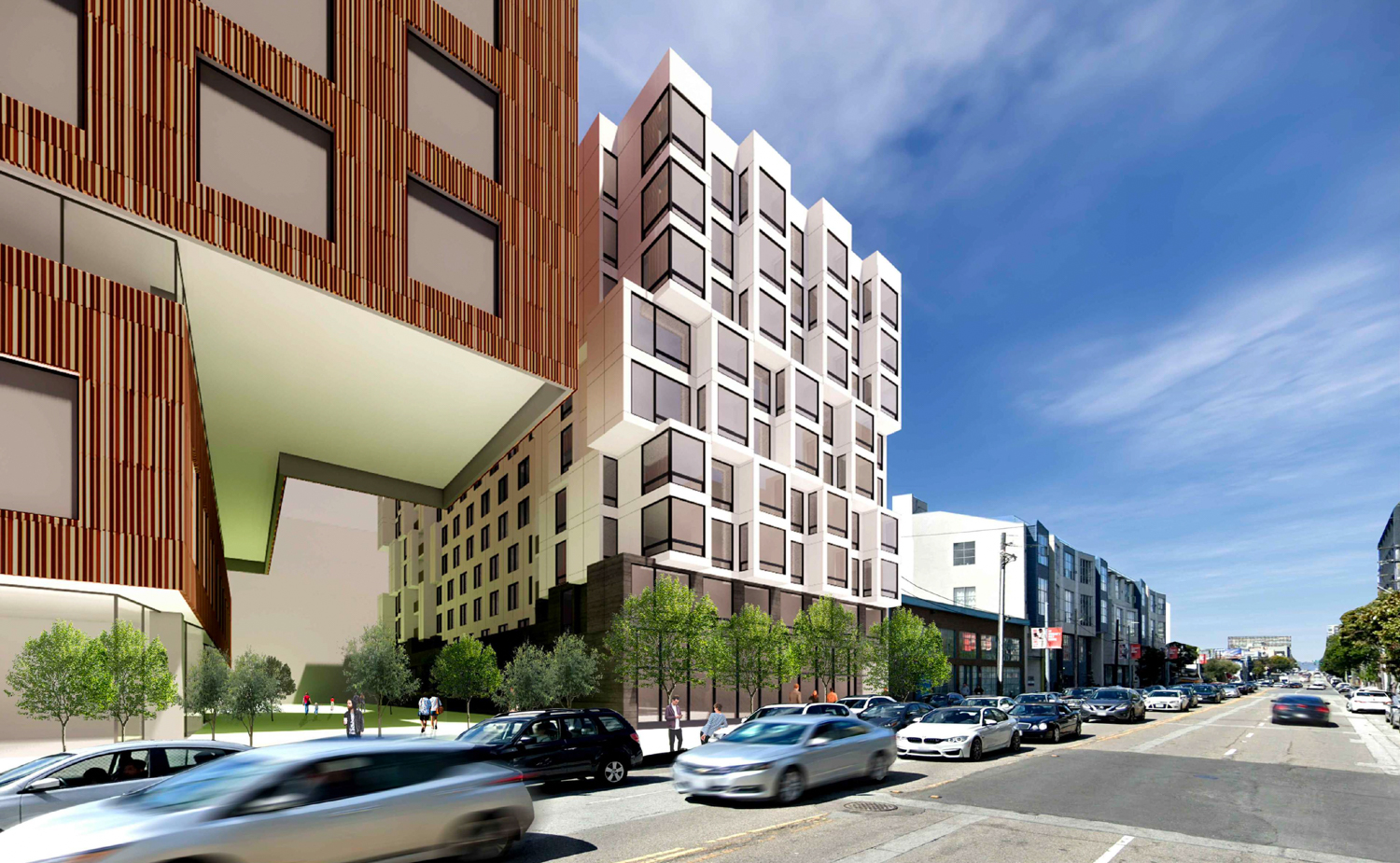 Iwamotoscott Architecture is responsible for the design. The design studio is also working with Aralon Properties on an office building at 701 Harrison Street. Two levels of the concrete-clad podium are topped with seven floors of bone-white skin, composed of cementitious or metal paneling. Bay Windows checker the building, offering corner windows and additional light exposure in each unit. 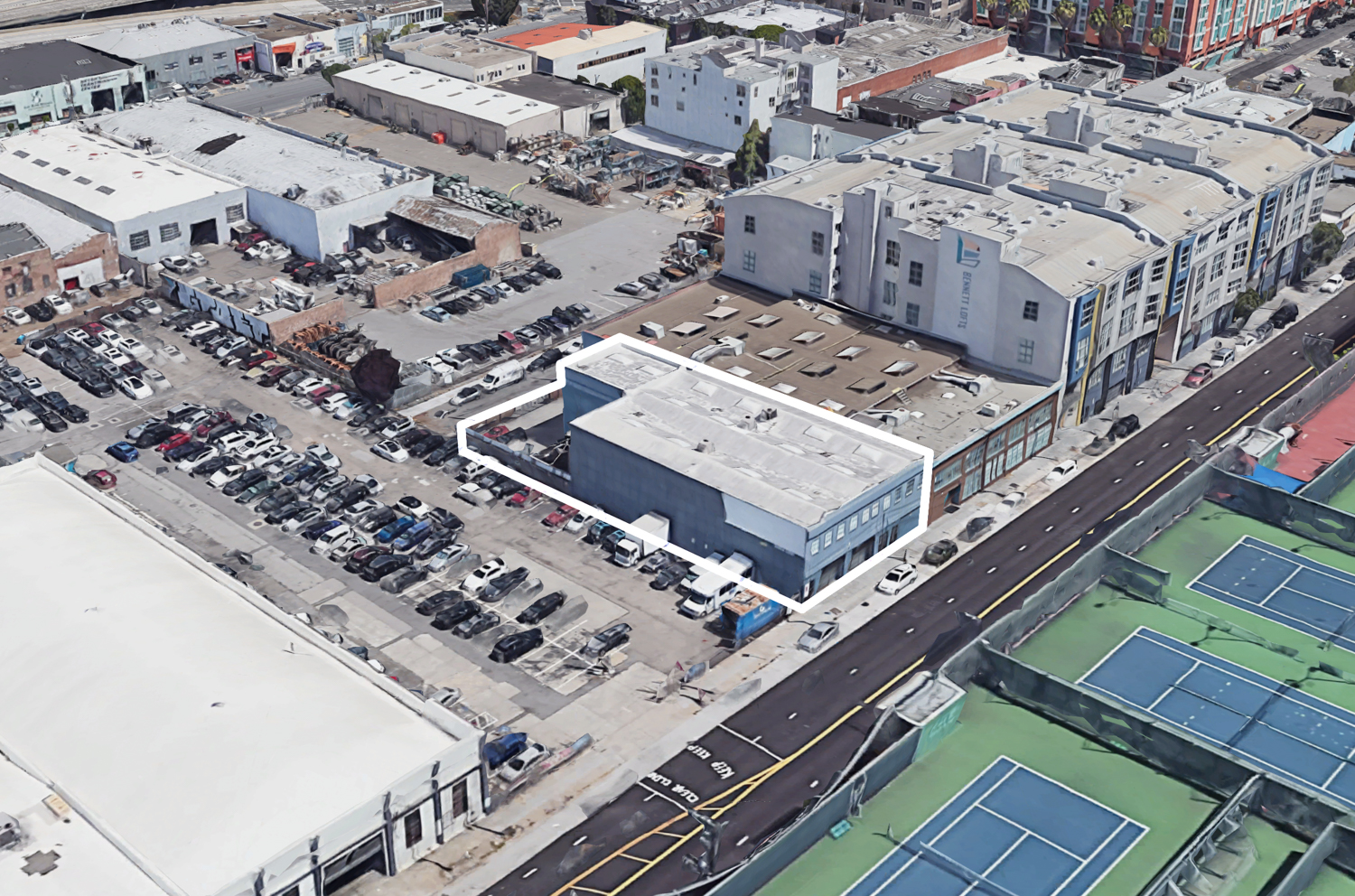 The development will demolish an existing two-story PDR building. 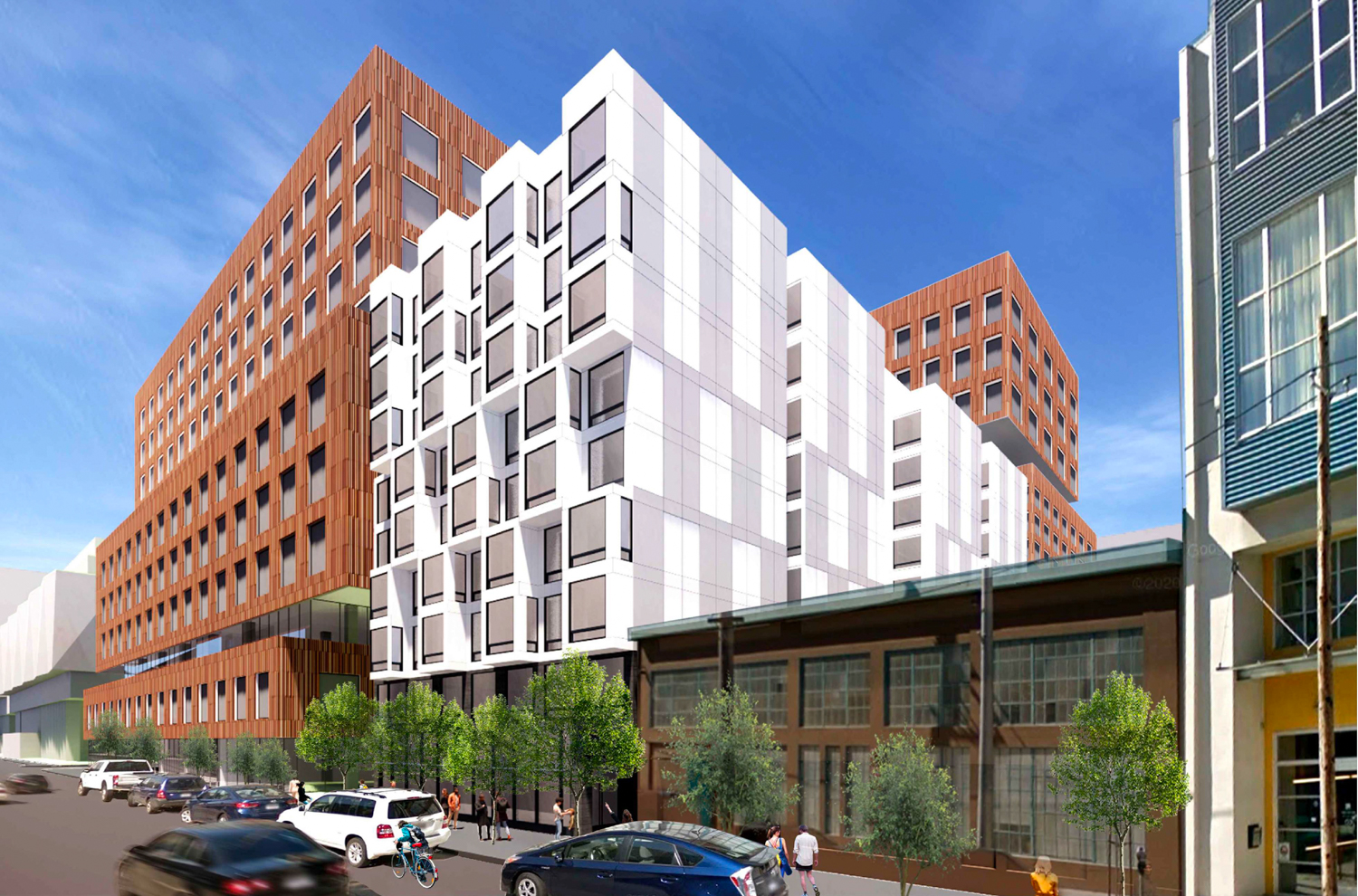 560 Brannan Street is located beside where Tishman Speyer has proposed to build 598 Brannan Street, a three-structure mixed-use commercial development with over a million square feet of floor area for offices, industrial use, and over sixty units of affordable housing. The massive development will be designed by Michael Maltzan Architecture. 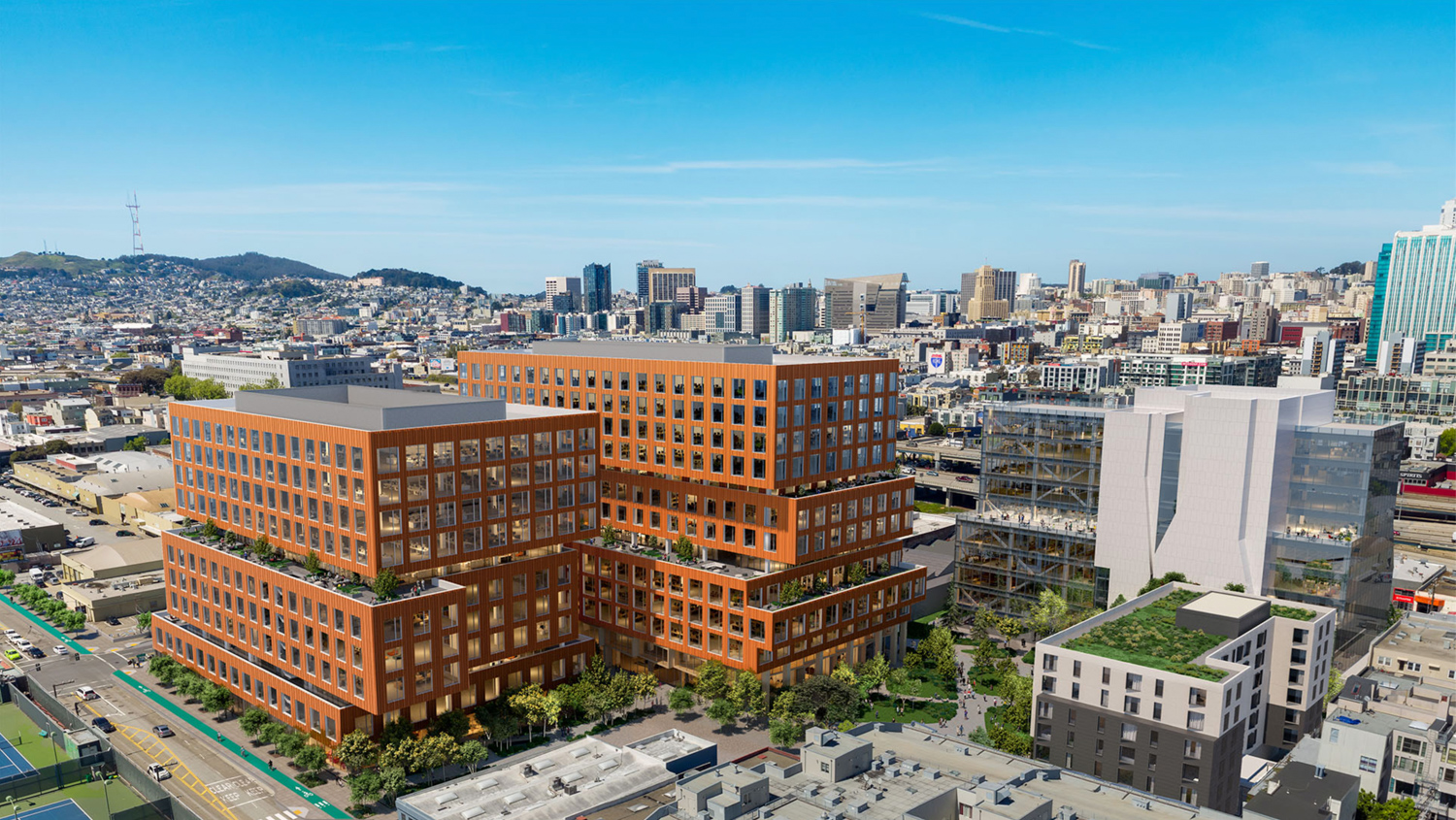 598 Brannan Street with phase two to the right of the rendering, by Mitsui Fudosan 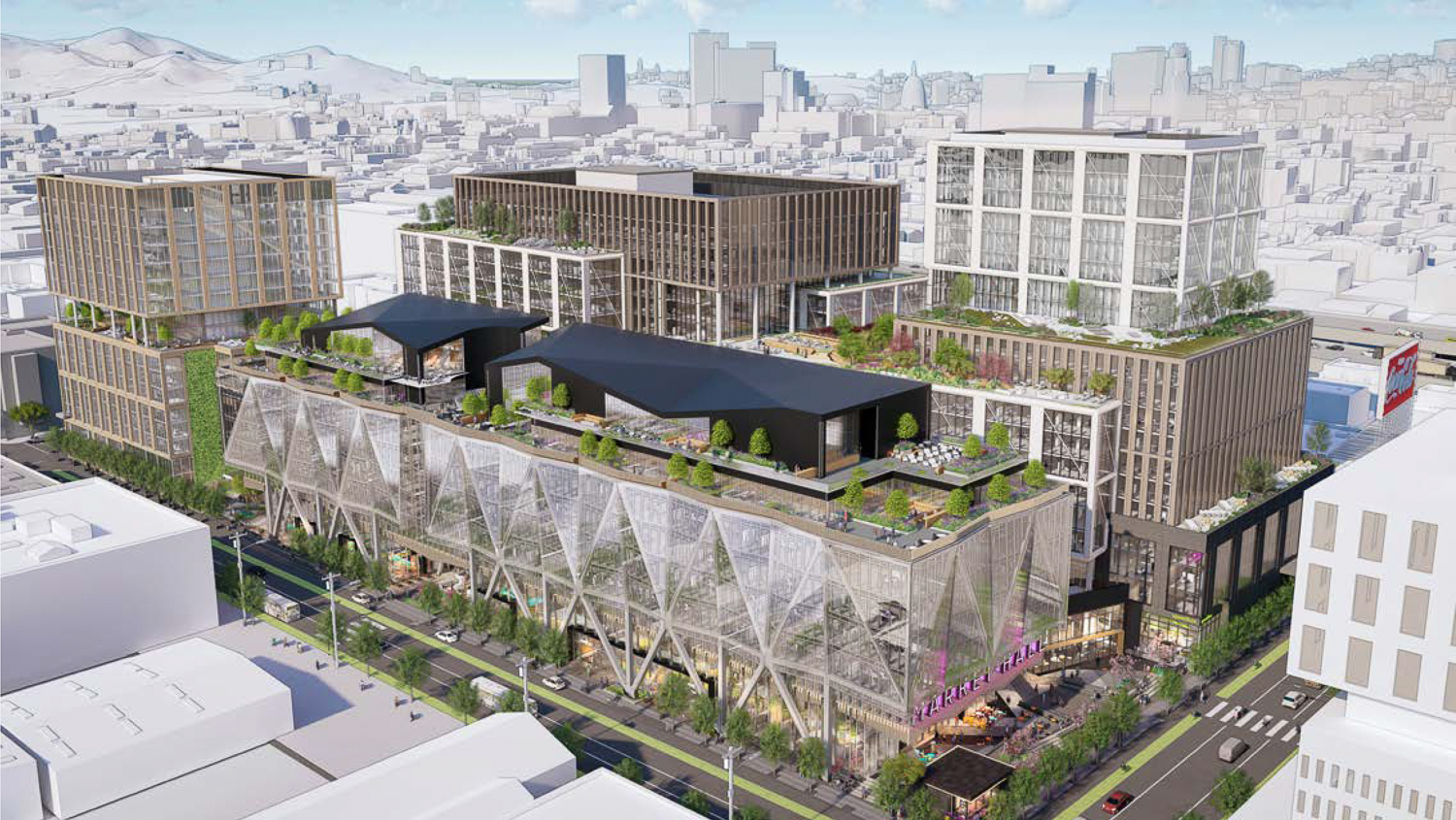 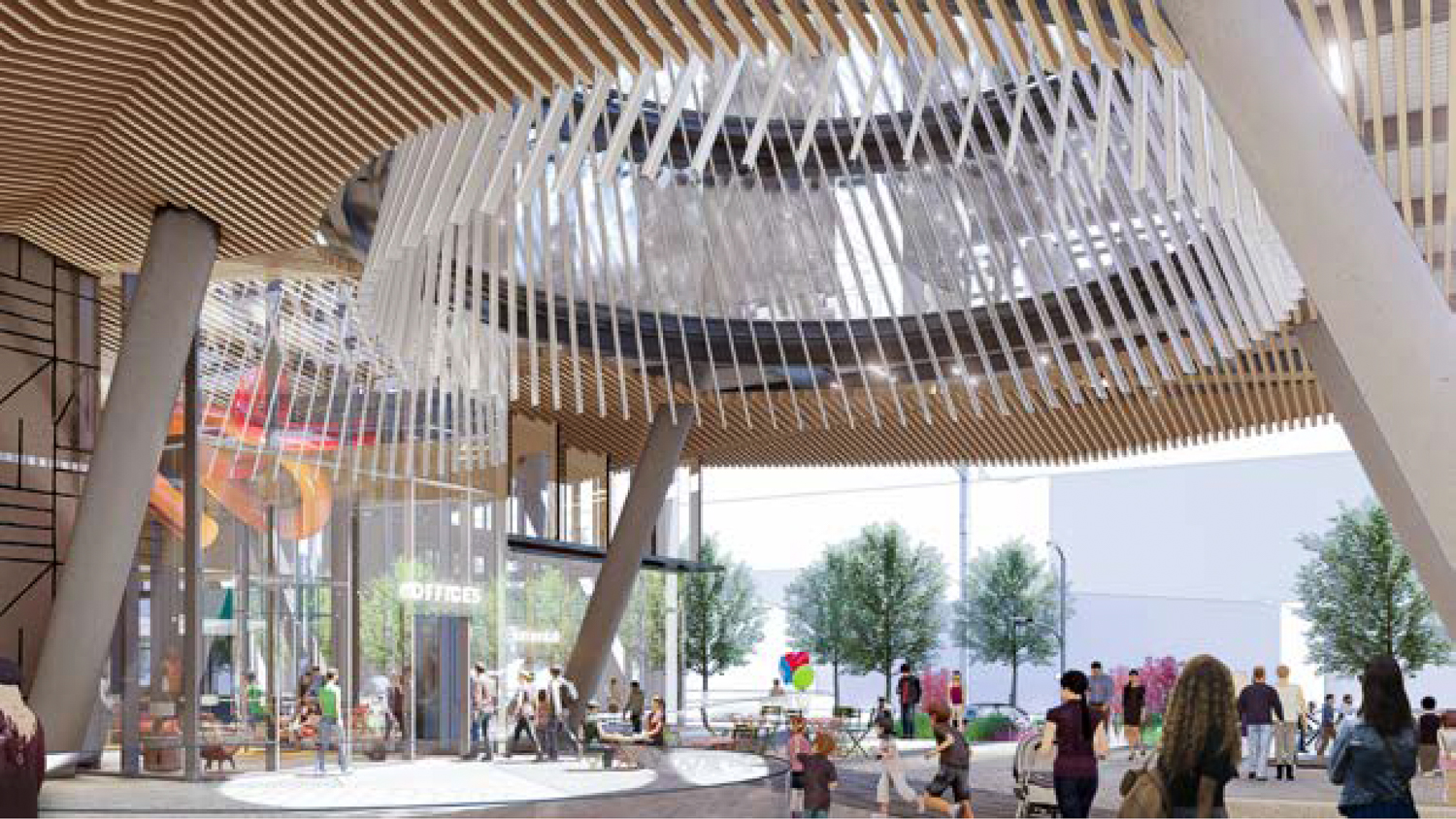 Another major development nearby is the three-structure mixed-use development by Kilroy Realty to expand the Flower Mart with offices and retail at 610 Brannan Street.

Construction is expected to last 18 months from groundbreaking to completion. An estimated starting date has not yet been established.

Be the first to comment on "Renderings Revealed for 560 Brannan Street, SoMa, San Francisco"