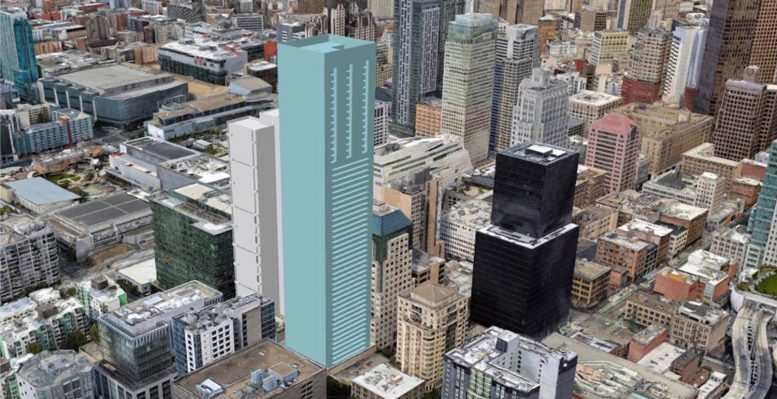 A preliminary project assessment application has been filed, revealing for the first time a proposed 58-story residential tower for 620 Folsom Street in SoMa, San Francisco. Located between Hawthorne, 2nd Street, and Howard Street, the address would create 623 new rental apartments, boosted by the 50% state density bonus. Ground Matrix is listed as the applicant.

The building will rise 575 feet to its rooftop and 600 feet to the top of the elevator enclosure. With a rooftop height of 575 feet, it ranks as the 17th tallest skyscraper in the Bay Area planned or built, narrowly beating Market Center by two feet. 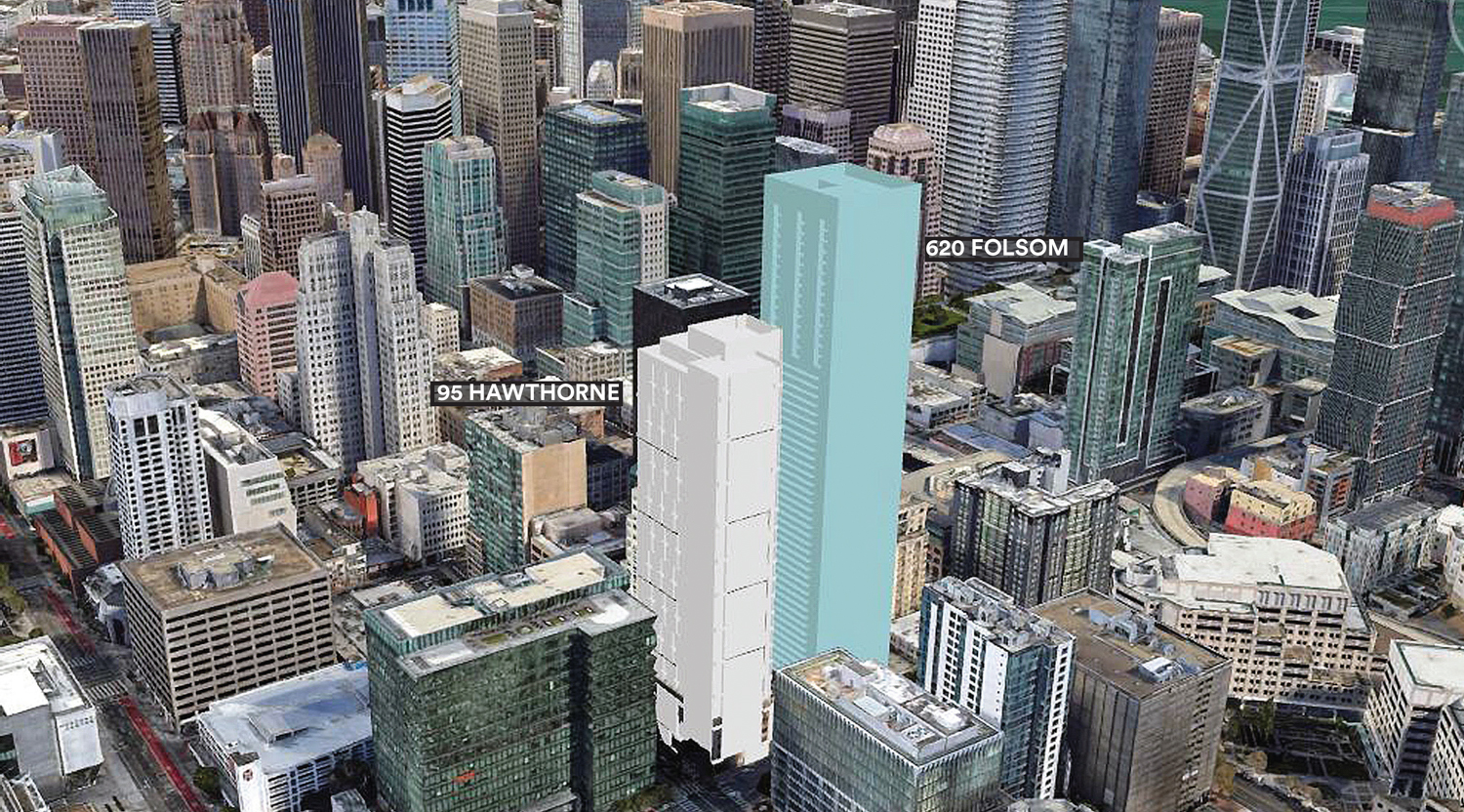 Solomon Cordwell Buenz will be responsible for the architecture. With the development in its infancy, details about the future design are slim. However, one can look to the firm’s extensive portfolio of skyscrapers in the Bay Area to preview what might be done, such as the Atlas in Oakland or the proposed towers at 30 Van Ness or 469 Stevenson.

The skyscraper will yield 802,800 square feet, with 697,810 square feet dedicated to residential use, 93,150 square feet for the 173-car below-grade garage, and 11,840 square feet of useable open space. An amenities deck will be included on the fifth floor, with terraces on the rooftop. 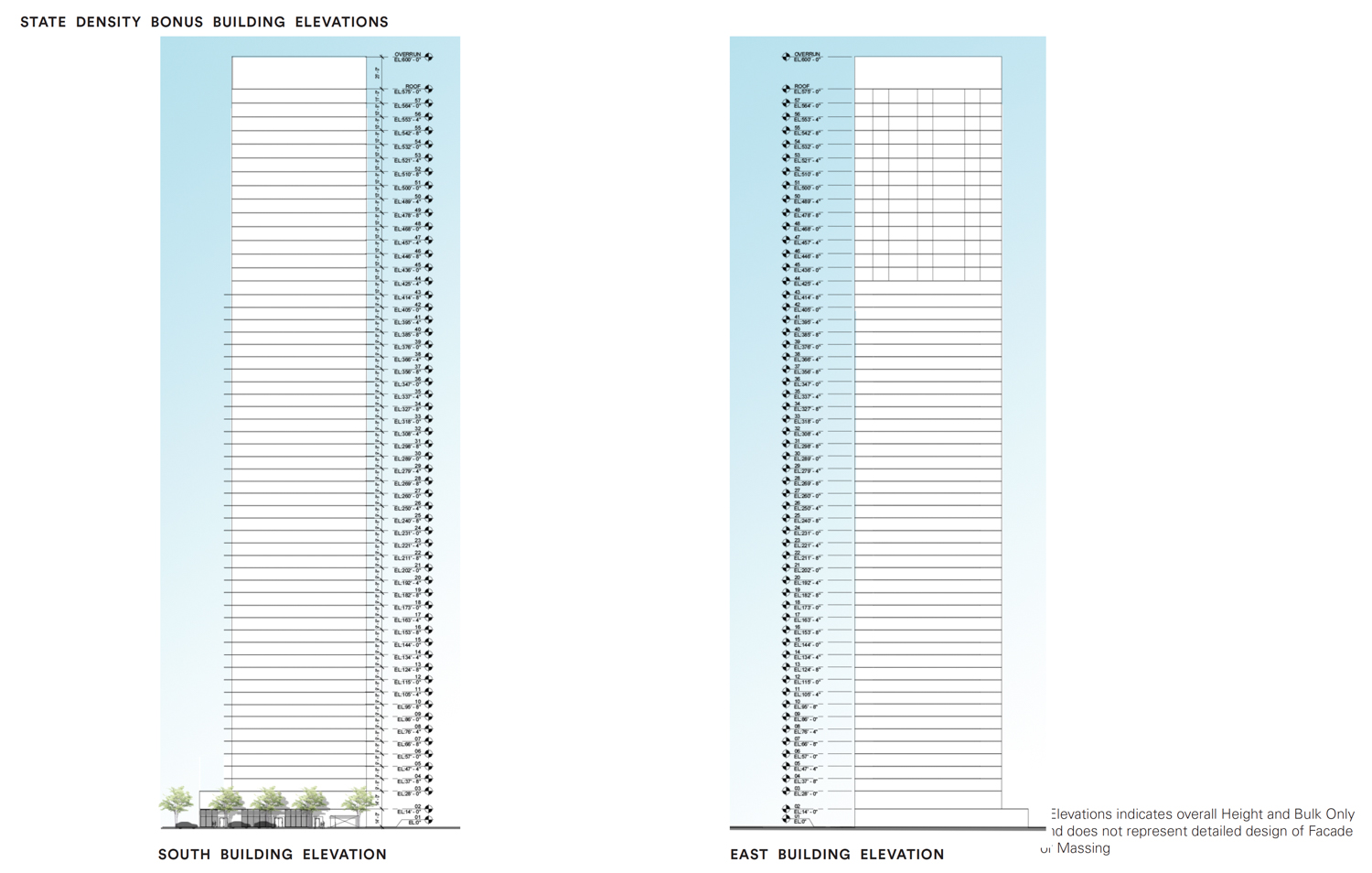 Of the 623 proposed apartments, 102 will be rented out as affordable housing. Parking will also be included for 280 bicycles. One percent of construction costs will be dedicated to public arts. Unit sizes will vary with 123 studios, 246 one-bedroom units, 153 two-bedroom units, and 101 three-bedroom units.

Without the state density bonus, the development would only have produced 440 apartments, with a rooftop height of 340 feet. 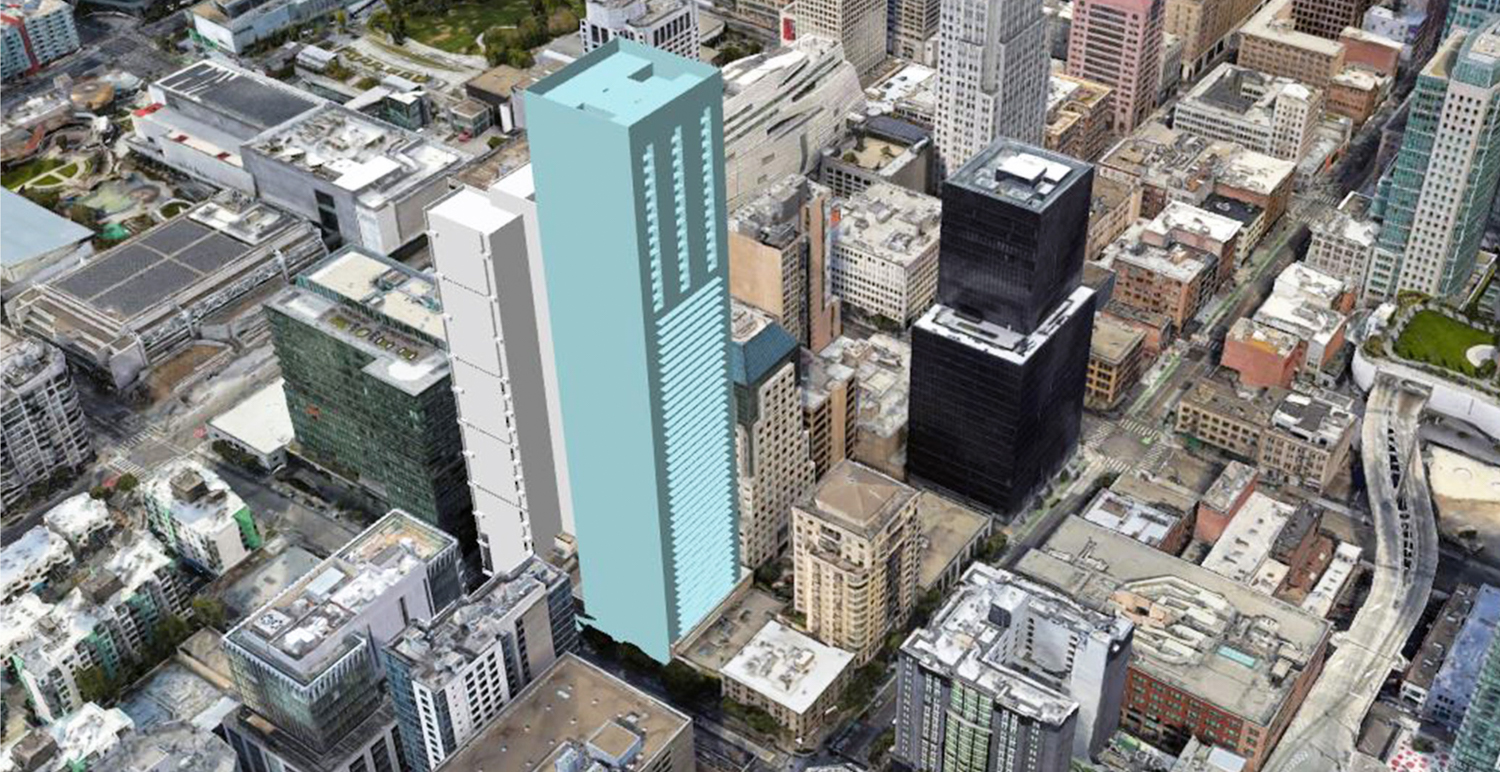 The proposal will require the demolition of an existing three-story building. The construction job is roughly expected to cost $250 million, according to planning documents. McLaughlin Family Associates LP and EJC Folsom LLC are listed as the property owner. 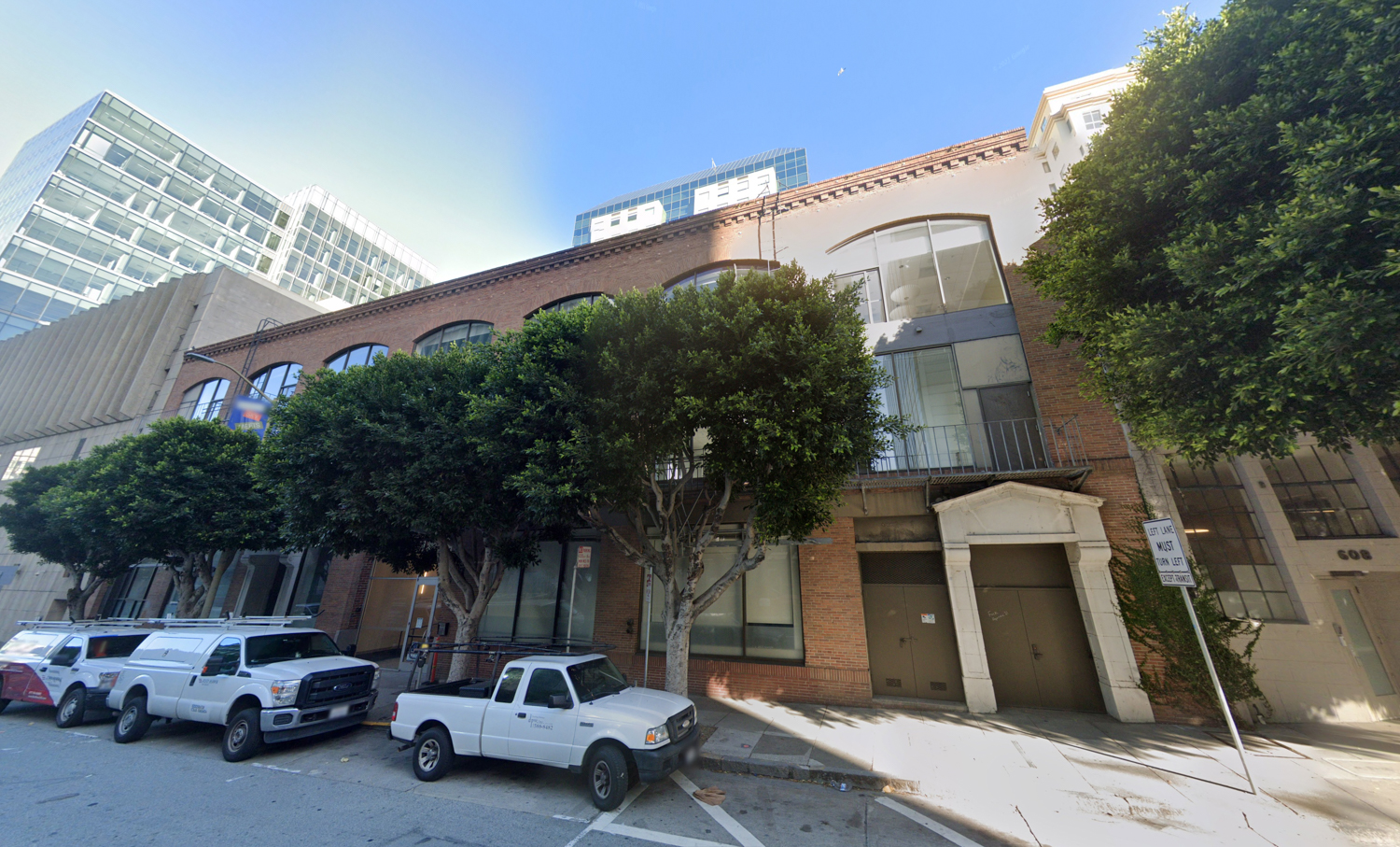 As illustrated in the planning application, 620 Folsom will rise adjacent to 95 Hawthorne Street, a 42-story apartment building with 412 units designed by Skidmore Owings & Merrill. Residents will find themselves in a retail and transit-rich corner of the city while still further from the city’s busiest intersections. The Transbay Transit Center will be a five-minute walk, and Montgomery Street BART station will be under ten minutes away.