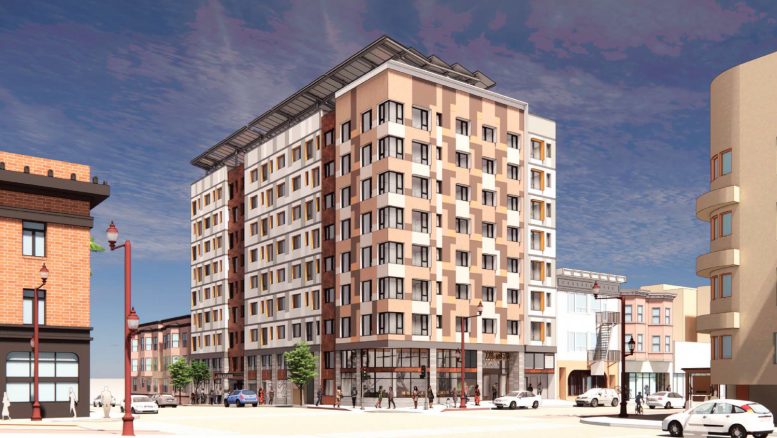 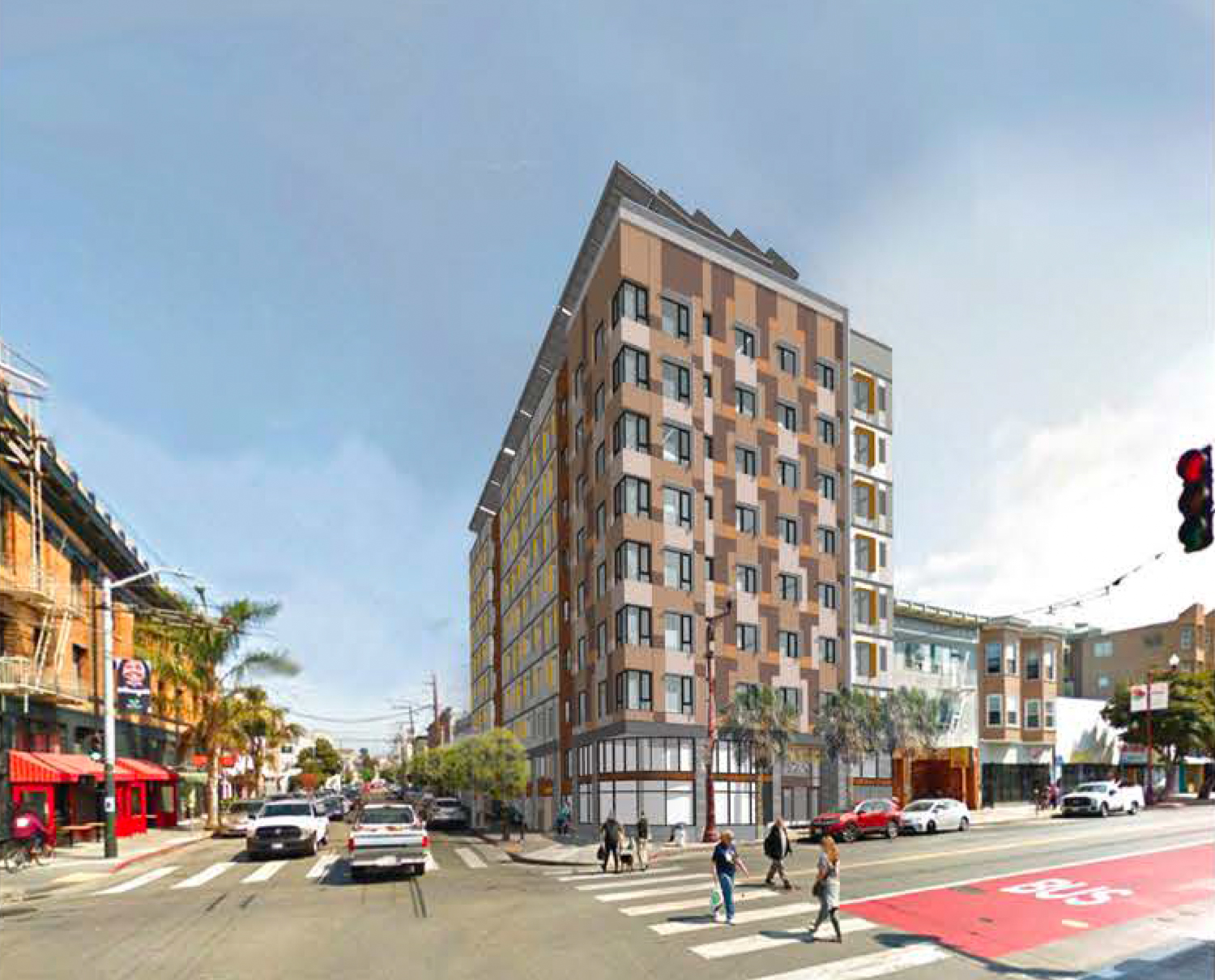 2205 Mission Street view at the intersection of 18th and Mission, rendering by Gelfand Partners Architects

Gelfand Partners Architects is responsible for the design. The facade will be a collage of multi-colored plaster panels, terracotta, ceramic tiles, steel, and form board concrete. A mural will be included along 18th Street and above the Mission Street entrance. 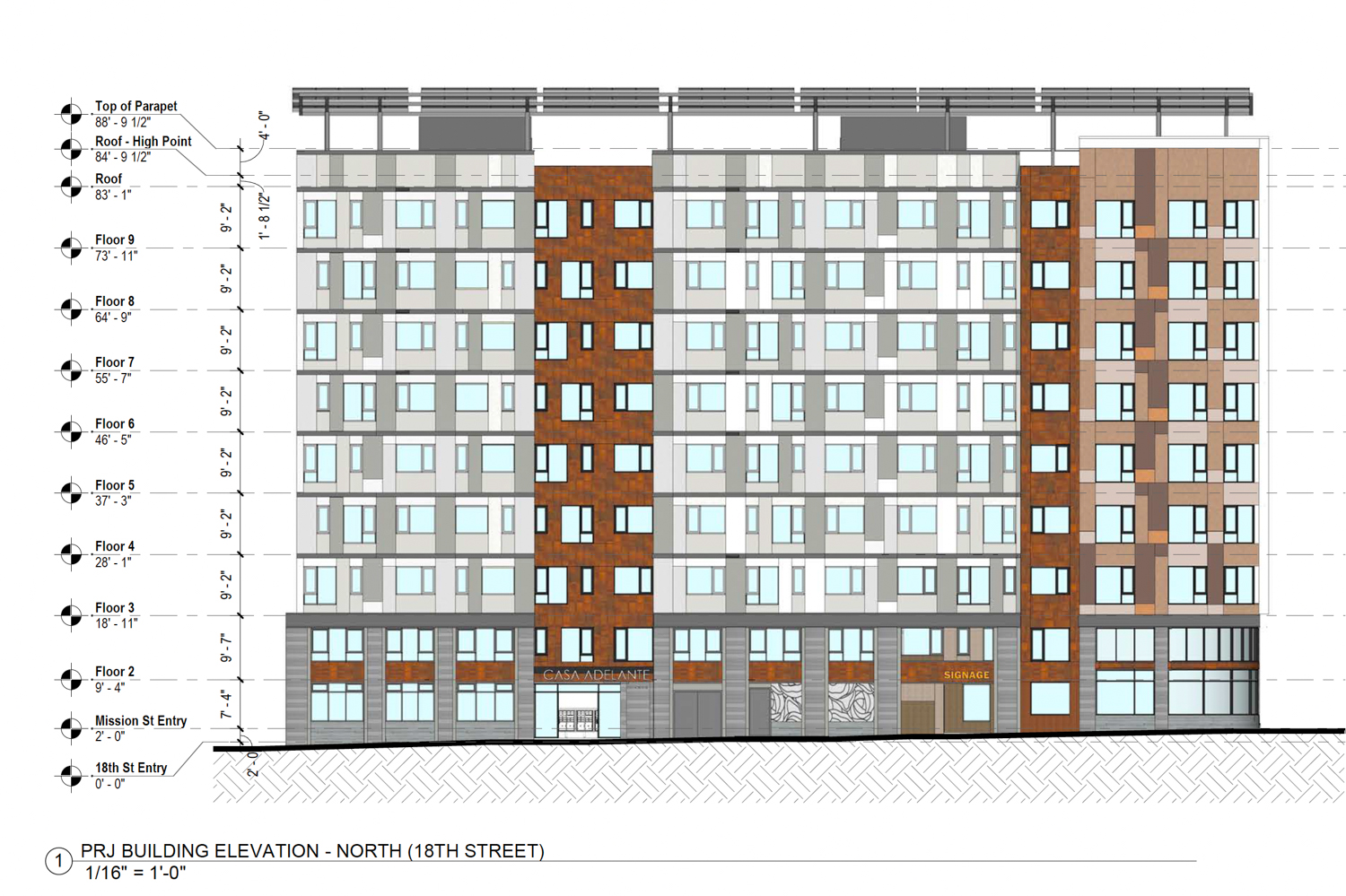 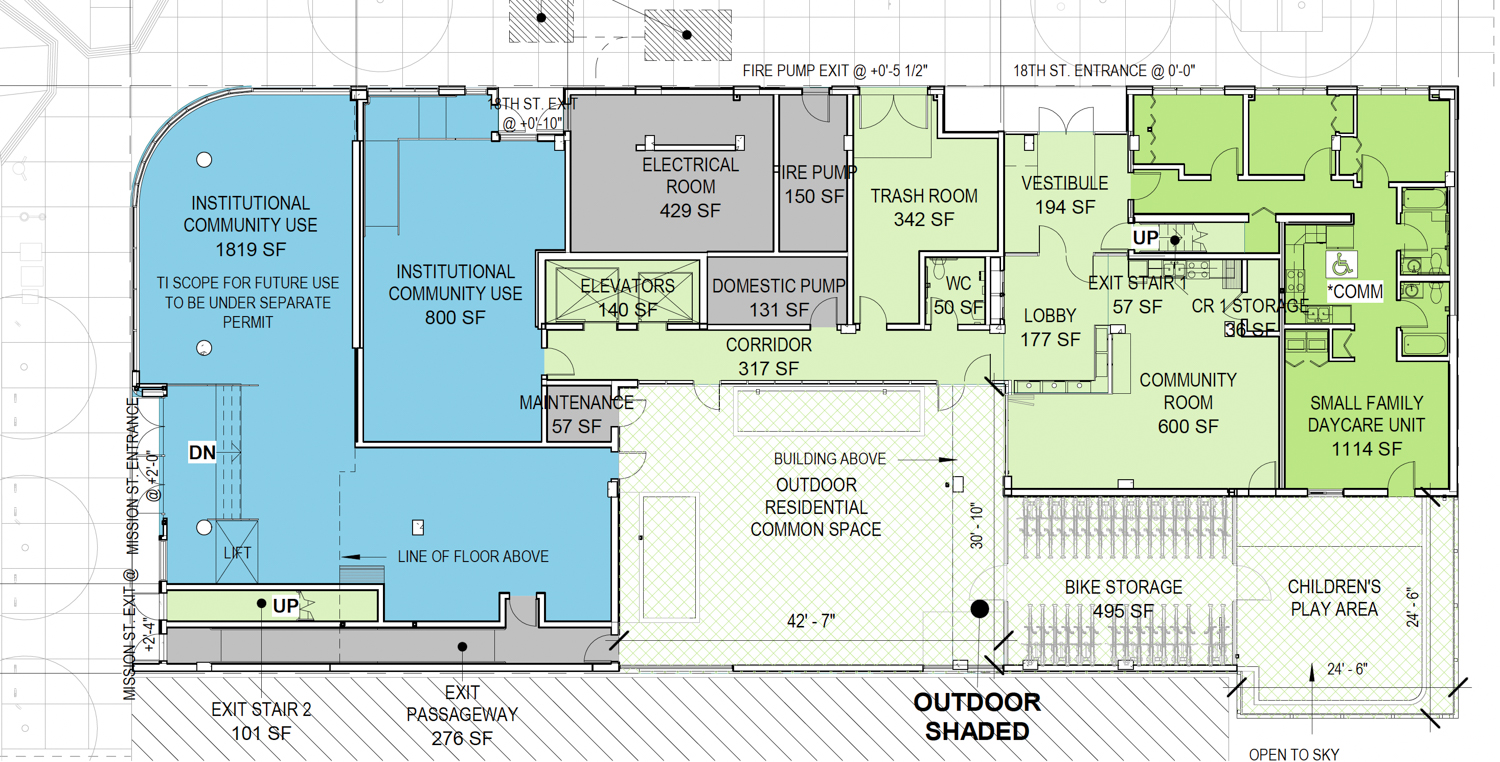 MEDA purchased 2205 Mission Street in 2017 for $5.875 million, according to public records. According to building permits filed in January of this year, the construction job is expected to cost $28 million. Future residents will find themselves two blocks away from the 16th Street and Mission BART Station, and on the same intersection, a few SFMTA bus lines move in each cardinal direction. The property has sat vacant for over a decade and has been the source of heightened development speculation for at least the last six years. Earlier plans included the preservation and renovation of the existing facade, which is currently in a state of disrepair. 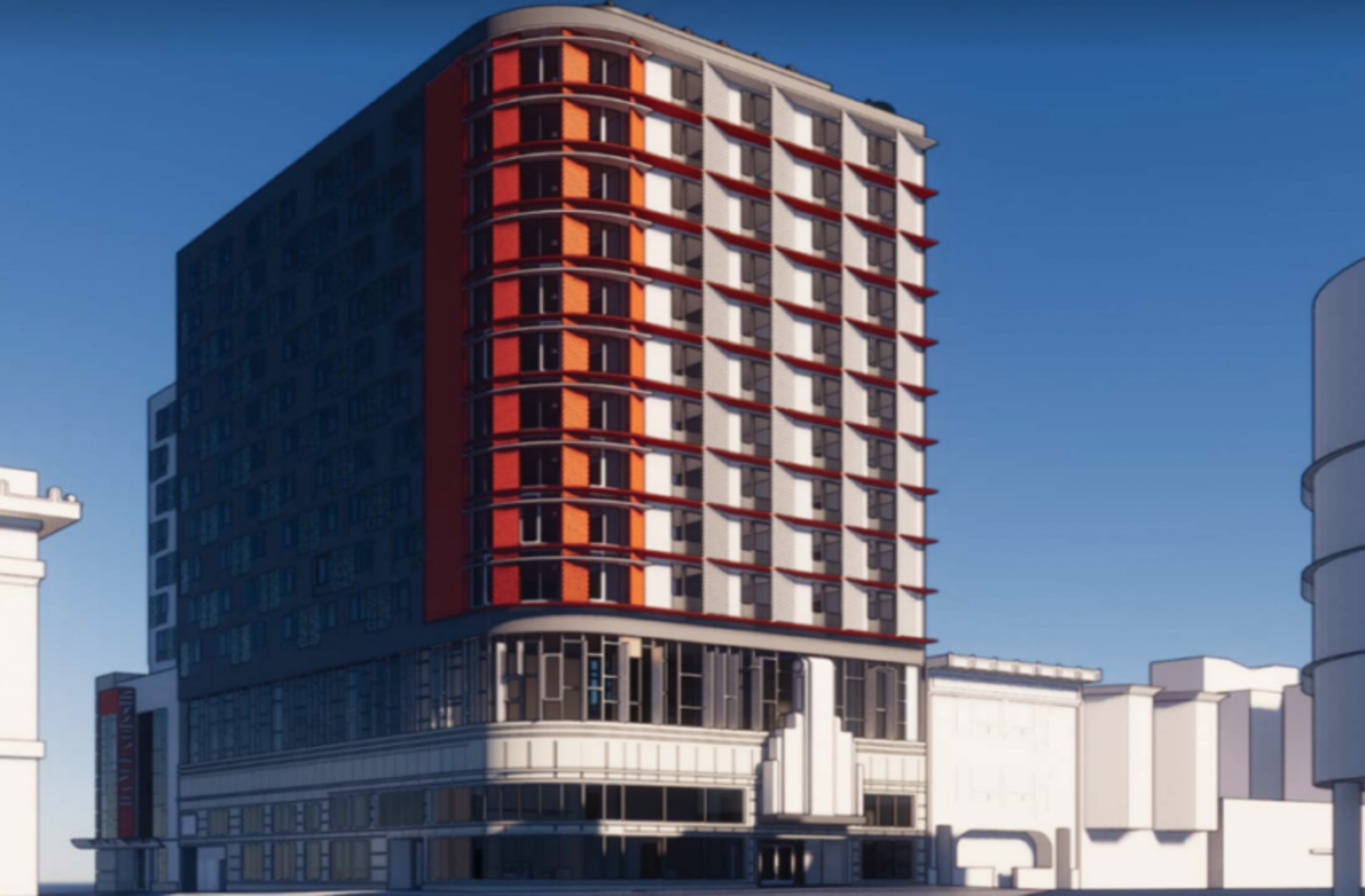