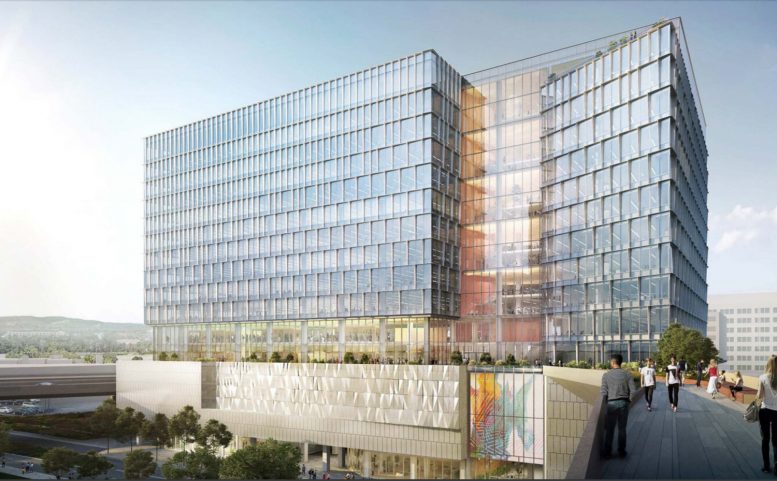 Construction crews have quickly installed the curtainwall glass covering Adobe’s new office tower at 333 West San Fernando Street in Downtown San Jose. Dubbed Adobe North Tower, the project is the fourth skyscraper for the Adobe Global Headquarters. The software company has been operating from San Jose since 1996, with the construction of Adobe Tower West and the subsequent completion of Adobe Tower East in 1998 and Adobe Almaden Tower in 2003. 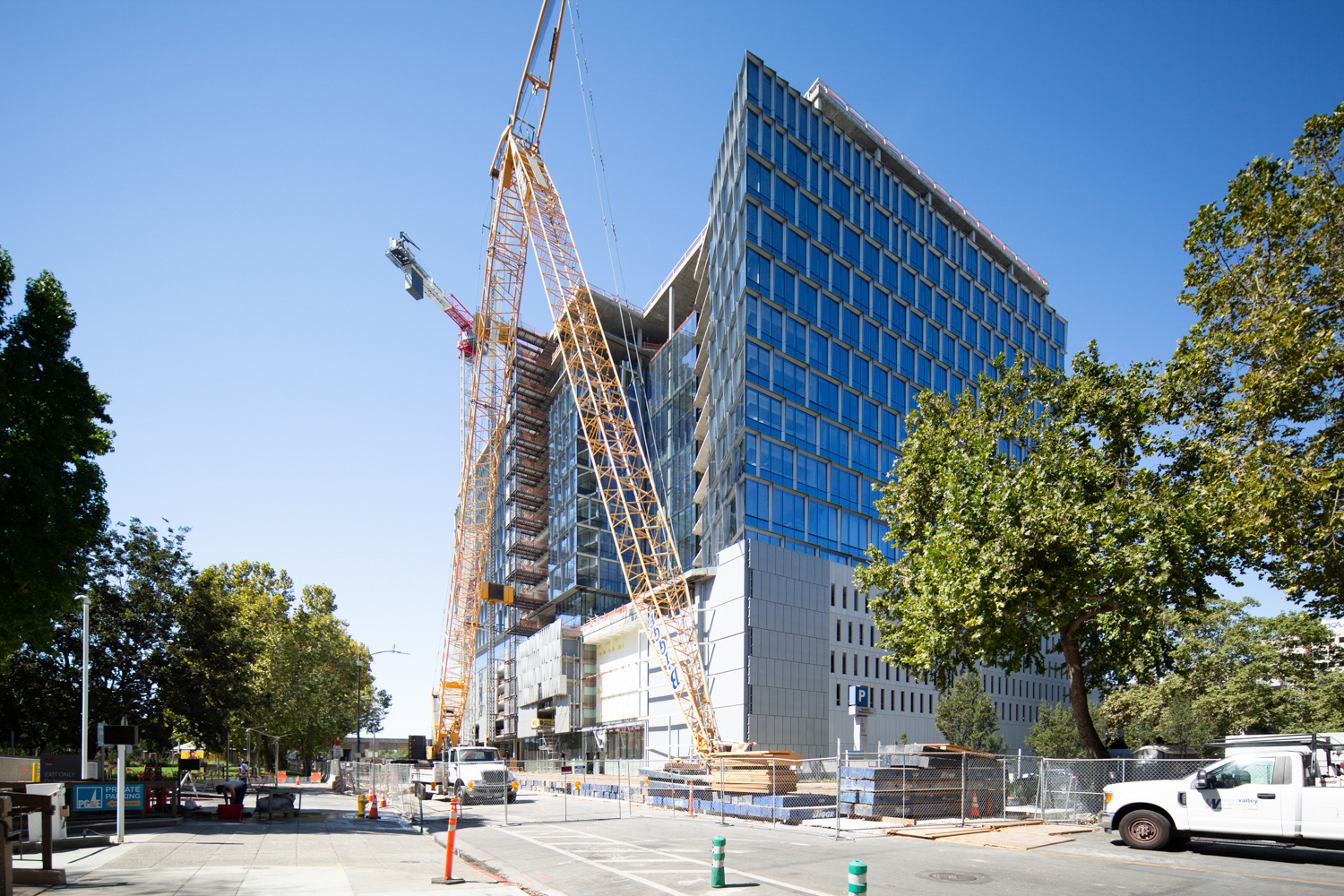 Adobe North Tower features a more transparent glassy design by Gensler. The facade will be clad with aluminum fins, a curtain wall, perforated metal flats, and precast concrete panels. Construction has not yet started on the proposed pedestrian bridge that will stretch over John P. McEnery Park and connect the Adobe complexes. 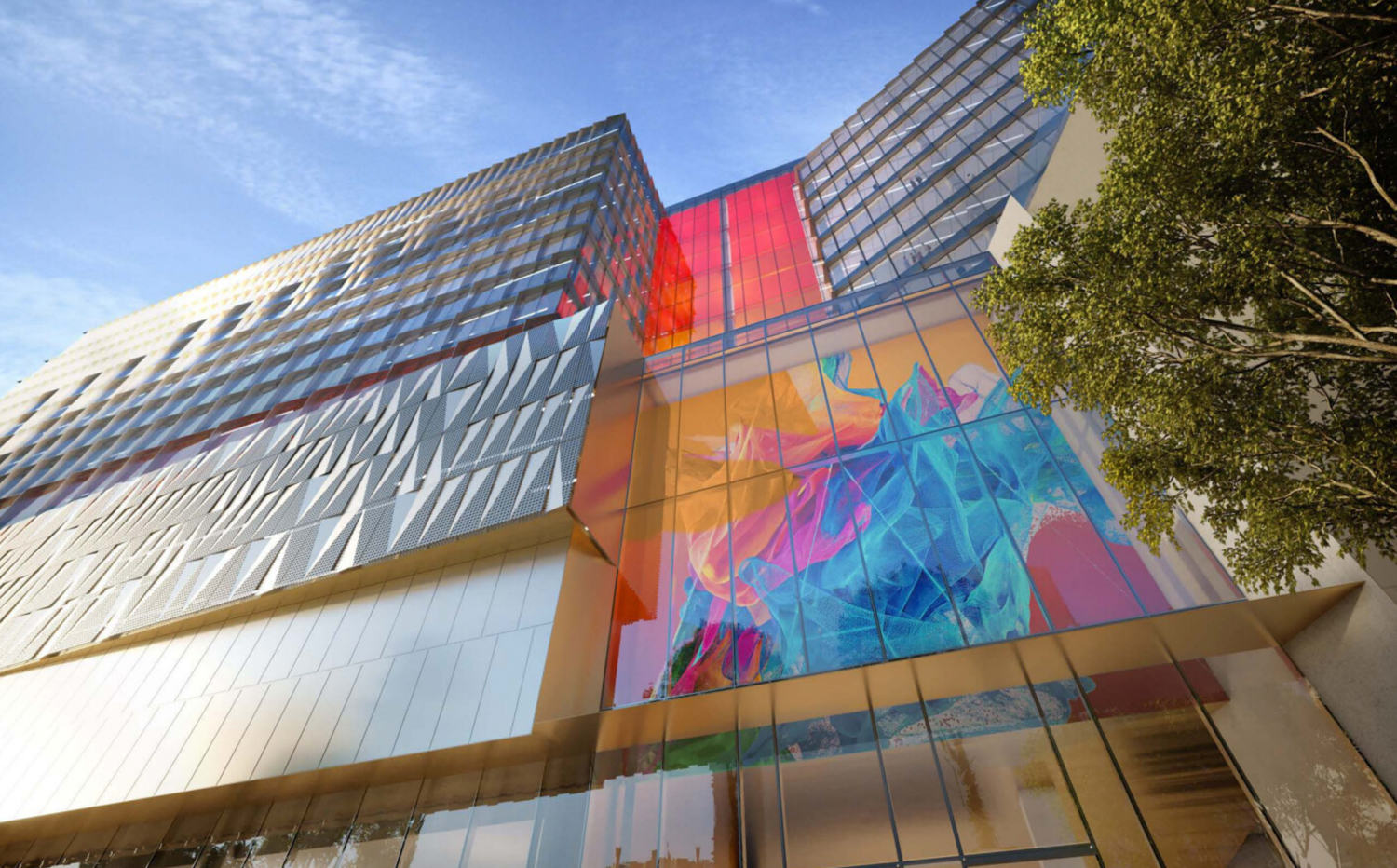 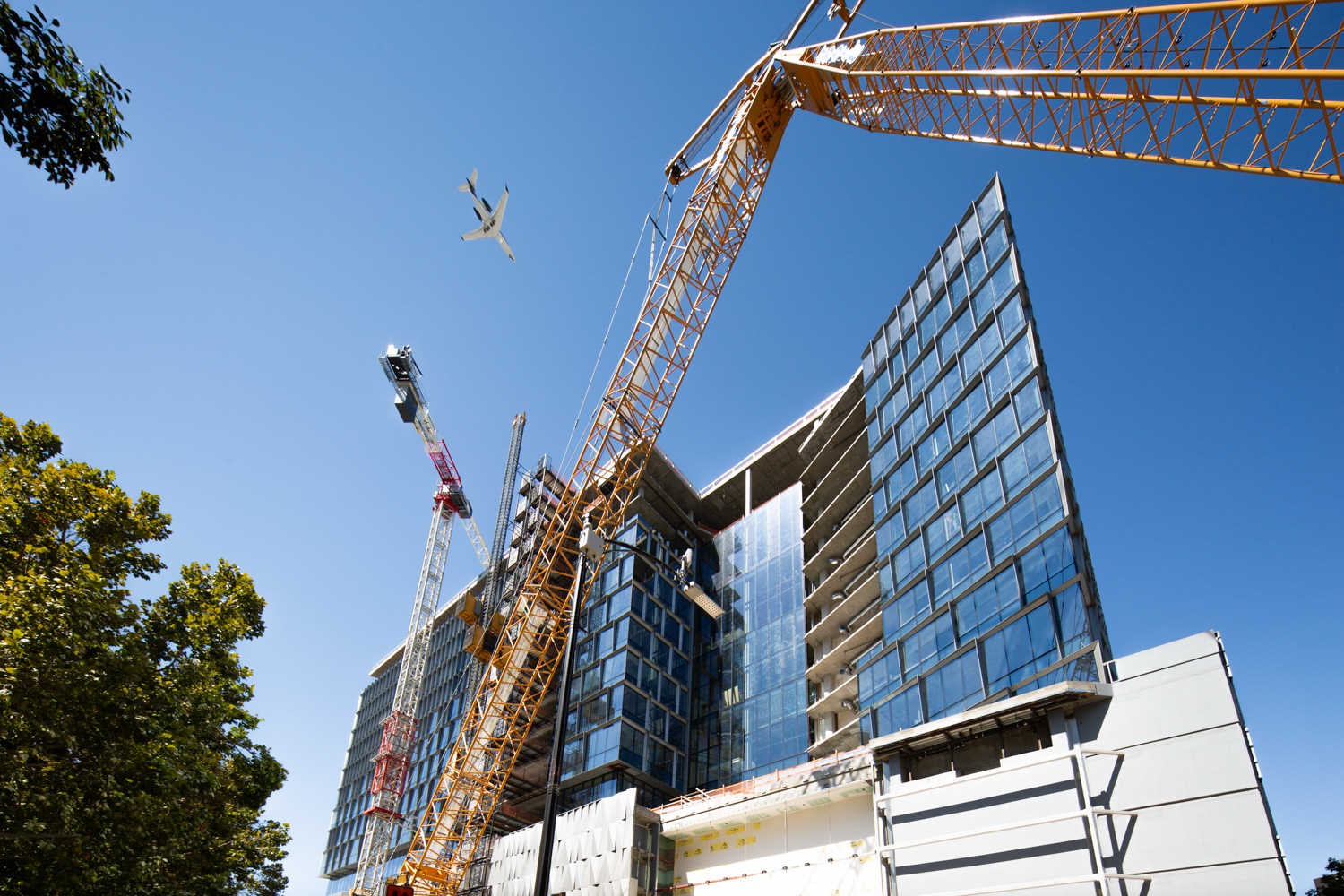 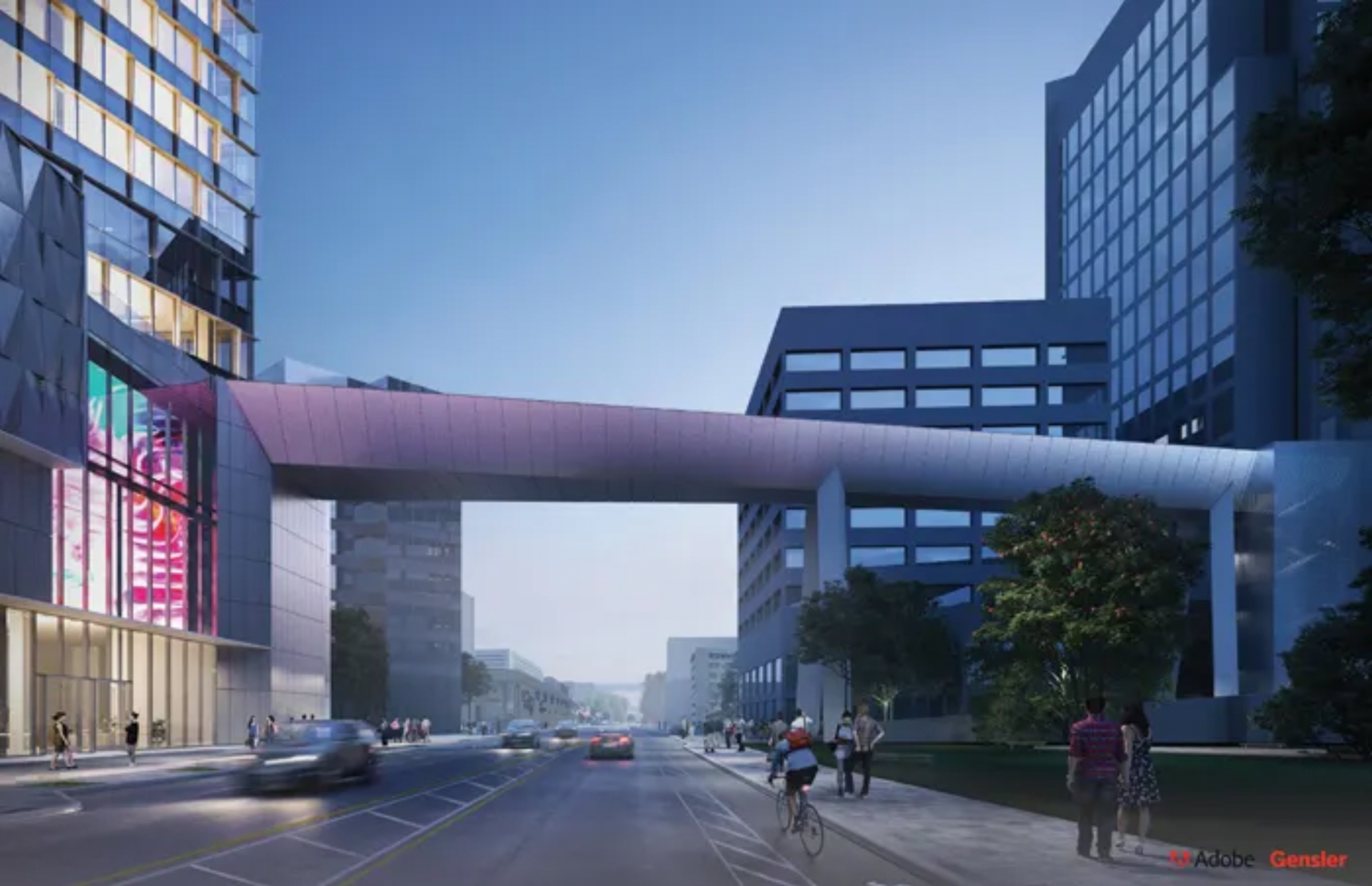 56,250 square feet of open space will be provided for the Adobe employees across the first, seventh, ninth, and top-level. Once complete, the building will be all-electric, enabling the firm the tap into San Jose’s renewable-powered energy grid. 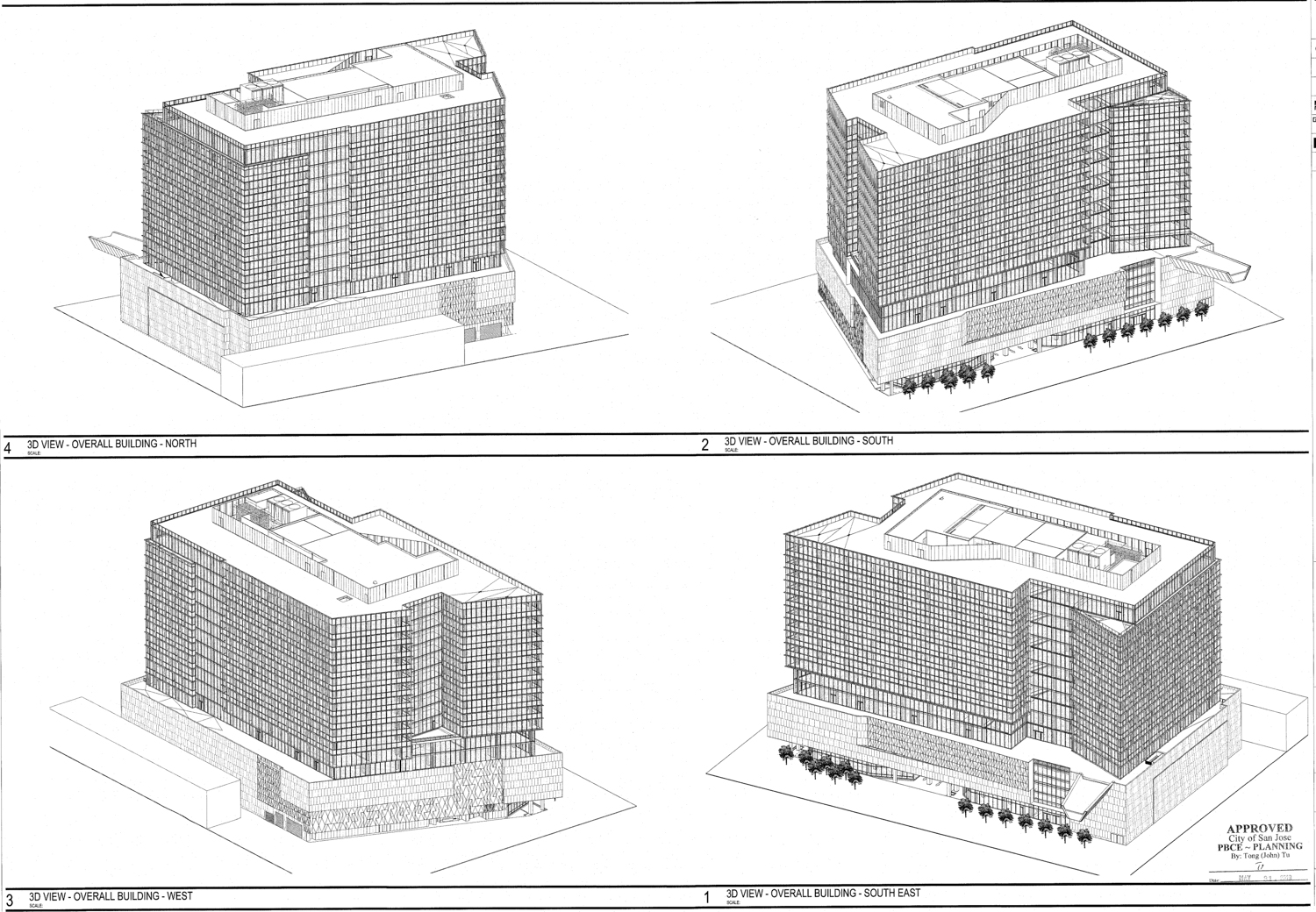 The project was expected to open in 2022. Adobe reportedly purchased the property in early 2018 for $68 million. 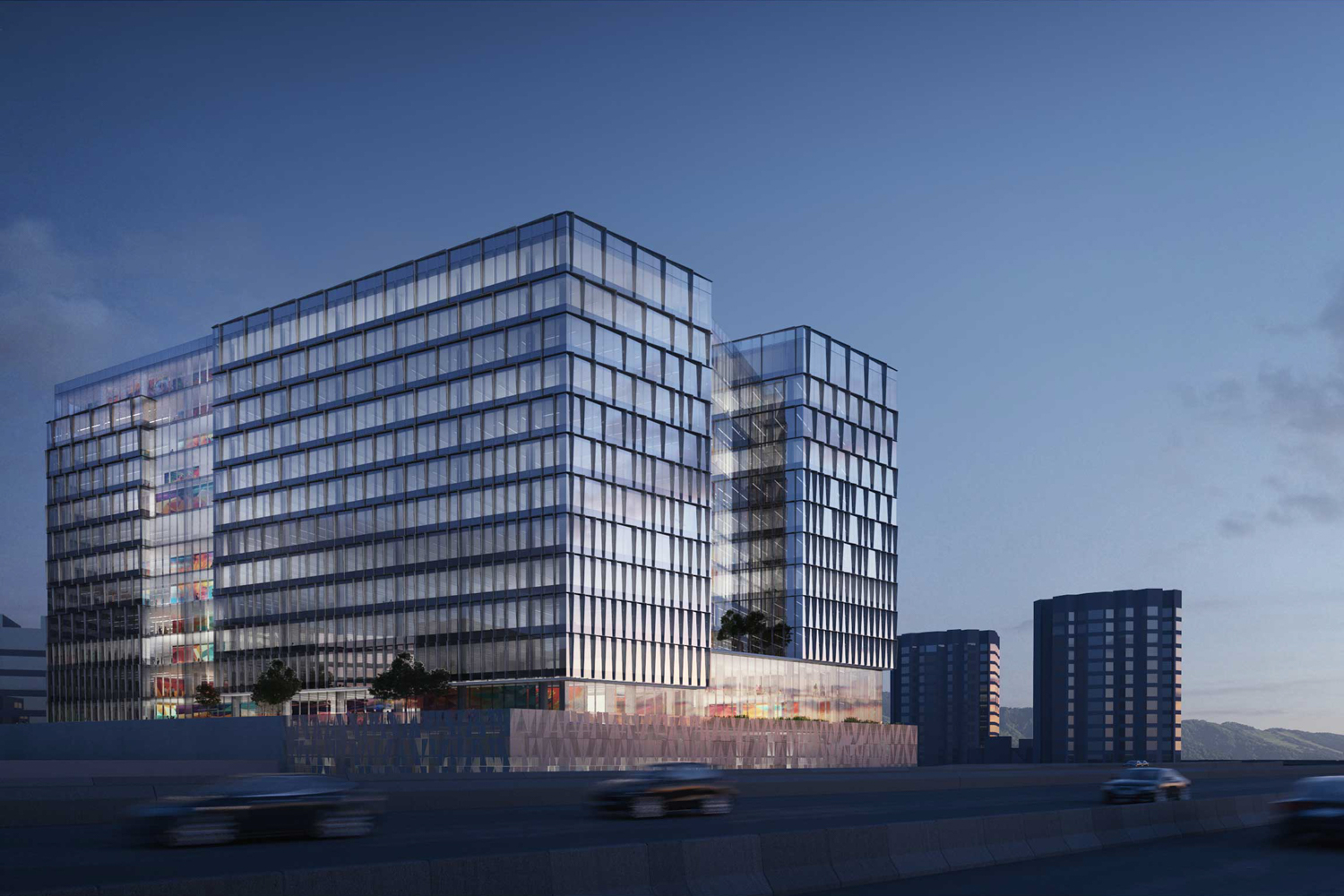 Though over a thousand parking spaces are included inside, the project is located around several transit options, including VTA light rail and buses, and the San Jose Diridon train station, connecting Santa Clara County with the San Francisco Peninsula via Caltrain. The project will also be within walking distance of the new San Jose BART station that is scheduled to open in 2030.