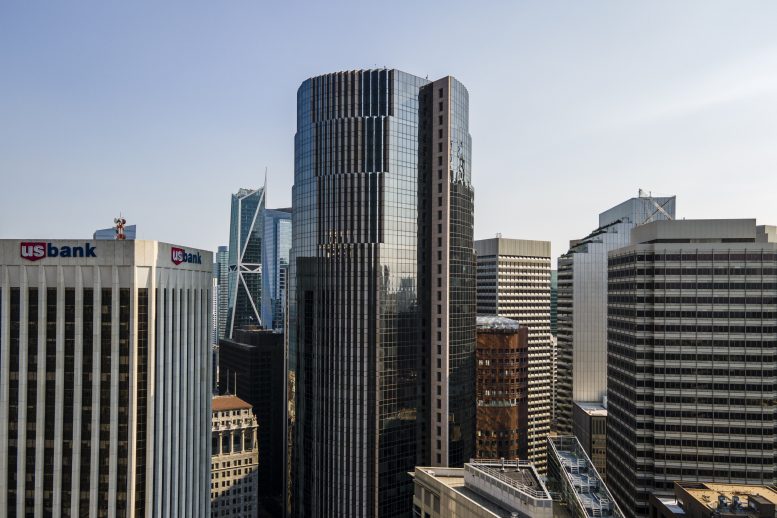 101 California Street is tied with two other buildings as the 13th tallest skyscraper in the Bay Area planned or built. The 600-foot office building was complete in the Financial District in 1982 as the third tallest building in the San Francisco skyline. Its round and glassy exterior with a geometric atrium base is an iconic design by the influential architects, Philip Johnson and John Burgee. Hines and the Singaporean Sovereign Wealth Fund are joint property owners. 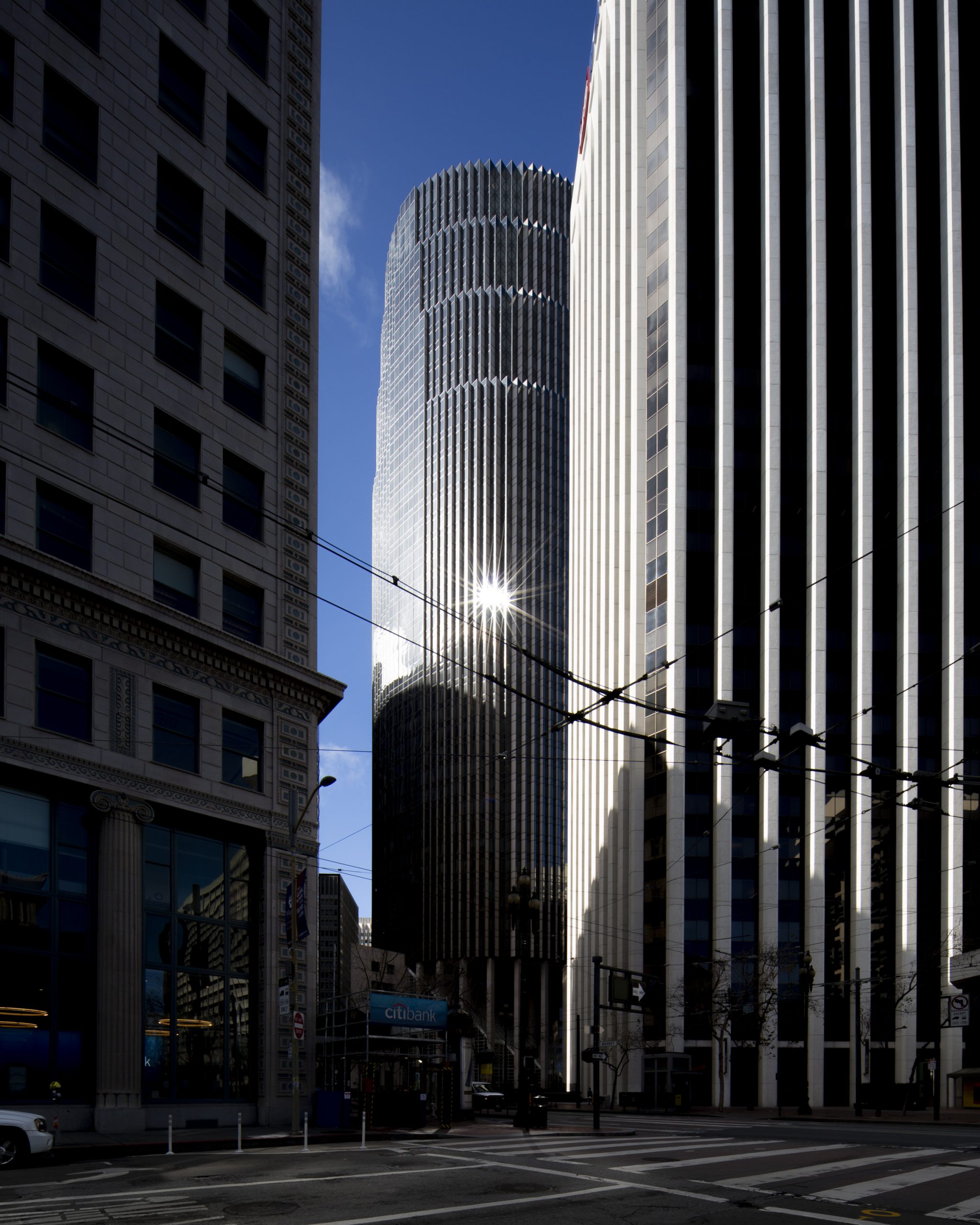 Phillip Johnson is one of America’s most prominent modernist architects of the 20th Century. Johnson is best remembered for the Glass House in Connecticut, the Seagram Building with Mies van der Rohe, and his postmodernist work including 550 Madison Avenue. Johnson was seminal in the proliferation of modernism, highlighted by the 1932 exhibition in the Museum of Modern Art. He is less known for his Nazi sympathies expressed repeatedly as a journalist between 1932 and 1940. For more of that, the Philip Johnson Wikipedia page is an interesting read.

Johnson/Burgee operated from 1967 to 1991 in a highly successful practice best remembered for its postmodern contributions to dozens of American cities. Johnson/Burgee also designed the Neiman Marcus Department Store at Union Square and the statue-capped 580 California, near the Hartford Building and 555 California. 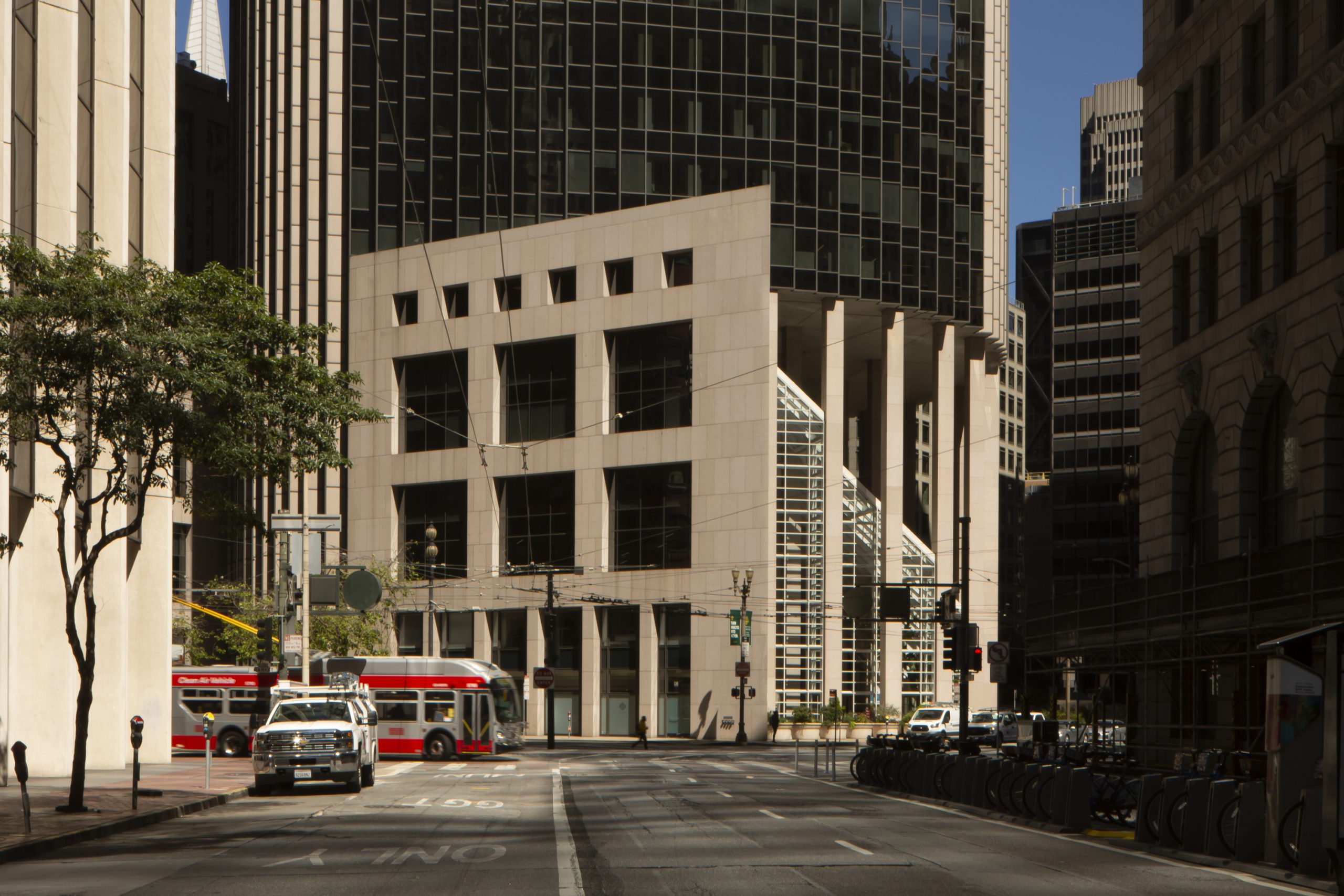 The 48-story building contains 1.25 million square feet of office space, making it among the largest office buildings in the city by floor space. The facilities have received LEED Platinum certification. Hines has also begun the process of a lobby and outdoor plaza renovation led by architecture firm Bohlin Cywinski Jackson, landscape architect OJB, and Turner Construction. The renovations will also benefit a glass dining room, produce a fitness center for tenants, and create a new tenants-only cafe area for socializing and meetings. 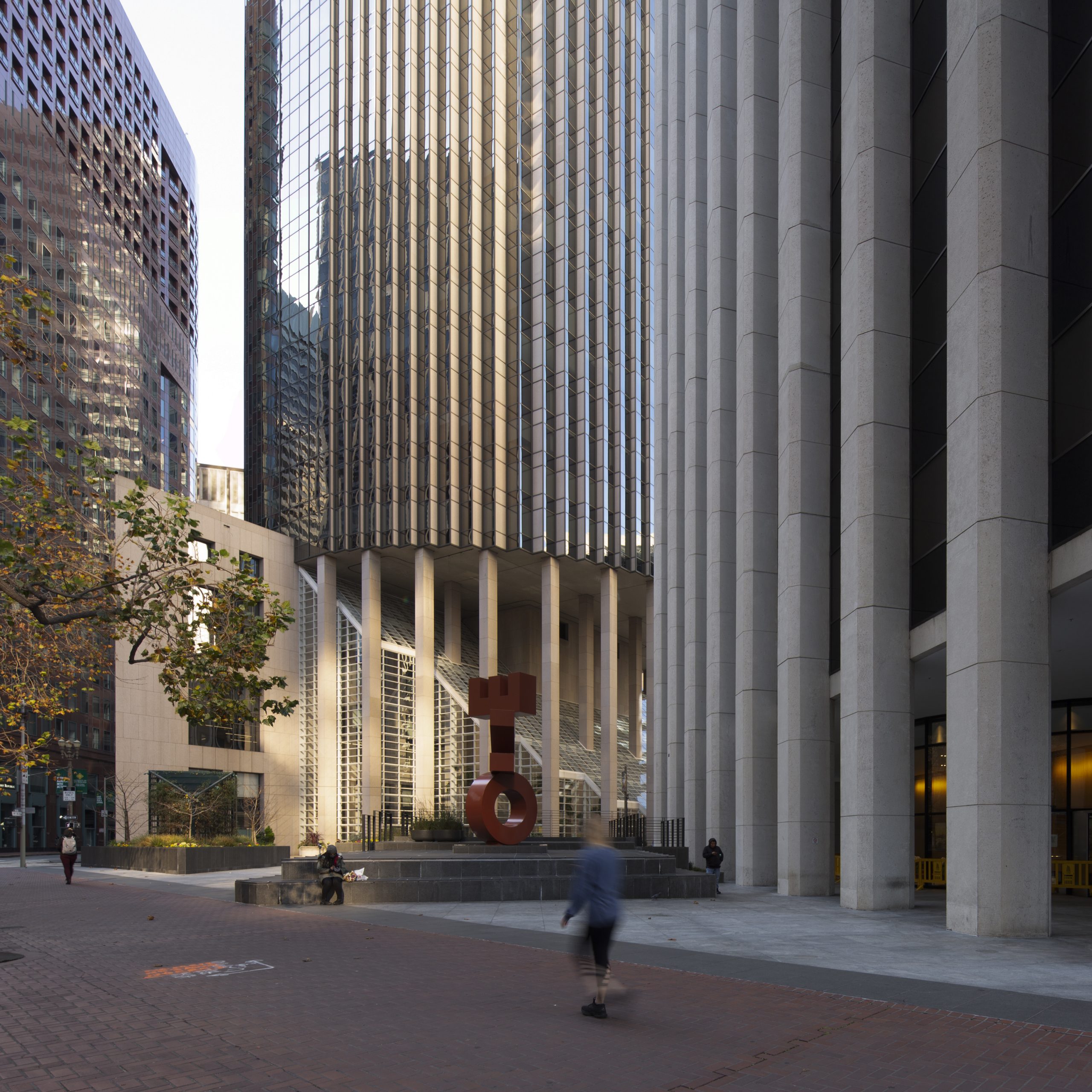 Current tenants include Morgan Stanley and Deutsche Bank AG. According to reporting by Laura Waxmann of the SF Business Journal, financial technology company Chime signed a 12-year lease for office space last week. The firm will move from its current headquarters at 77 Maiden Lane into 192,000 square feet across six consecutive floors at the tune of $82 per square foot, or over $16 million. This is the largest new lease in San Francisco for 2021. 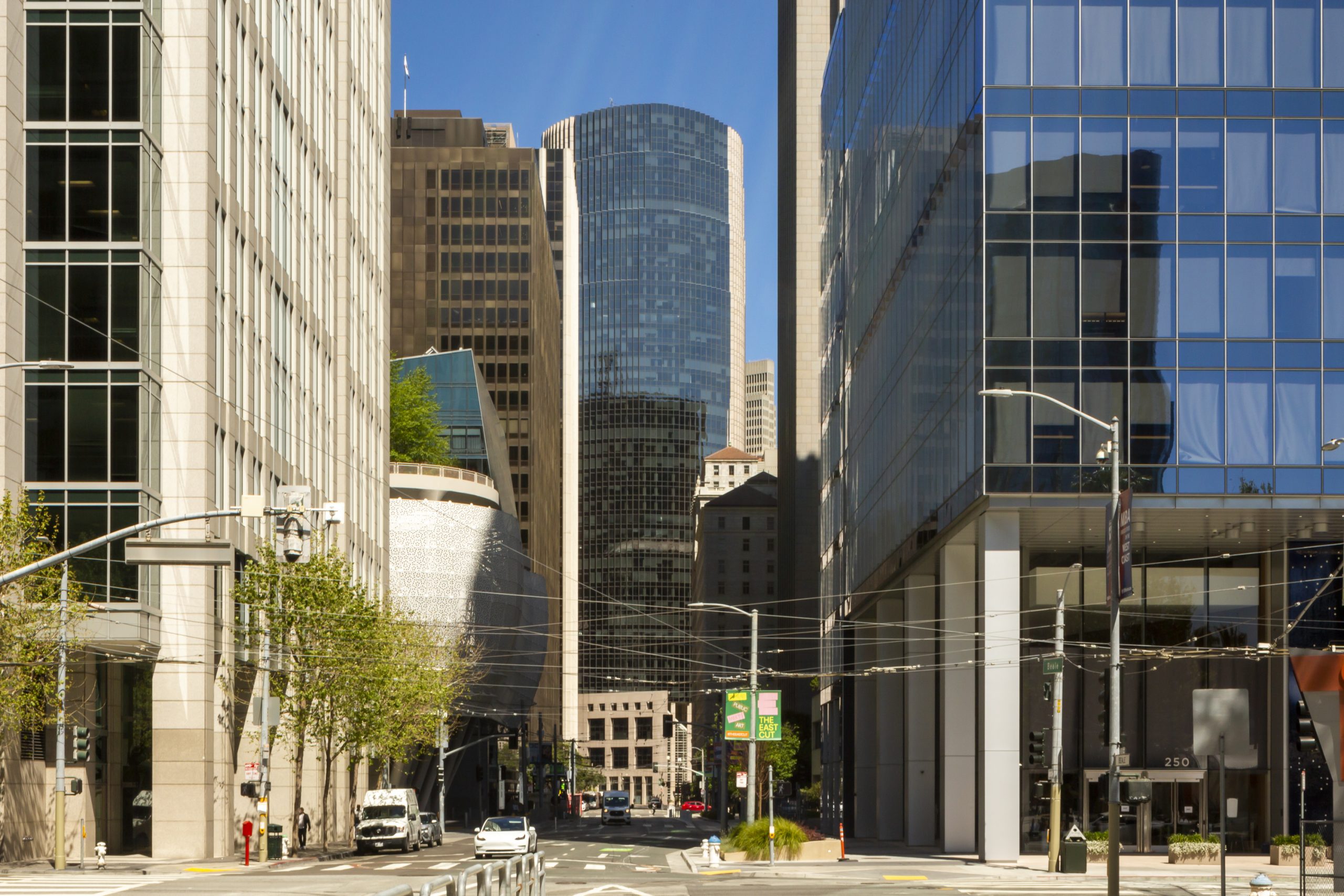 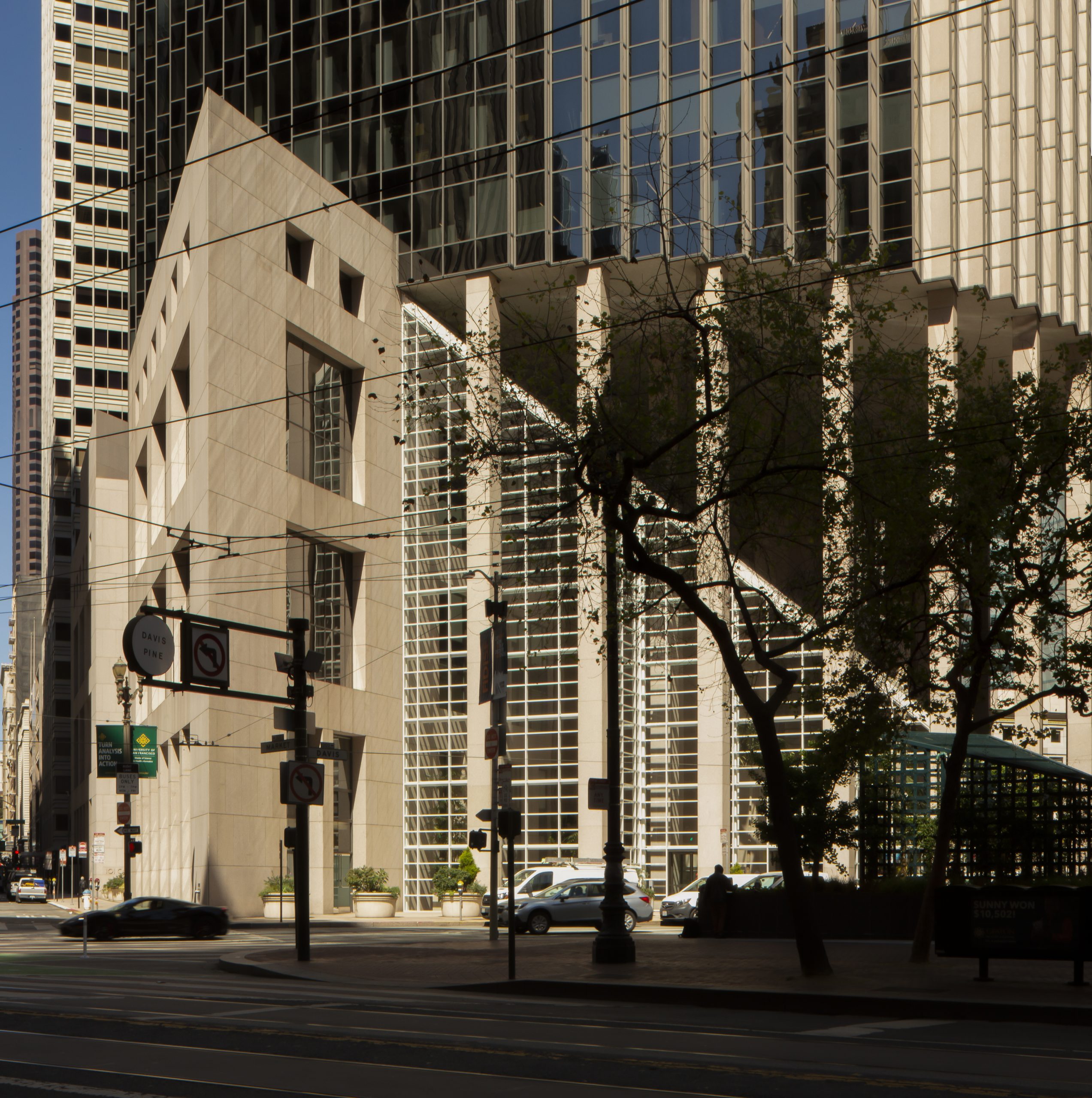 Nippon Life Insurance sold its 92% stake in 101 California Street in 2012 for a reported $910 million, according to city records, to the Singapore sovereign wealth fund. Hines maintains a partial stake in the property.

Hines is a privately owned global real estate investment firm that manages assets across 27 countries. One of Hines’ most recent big announcements is the $2.5 billion redevelopments of the former PG&E headquarters in San Francisco. News about 200 Mission Street Campus was initially broken by SFYIMBY last week and subsequently covered by SocketSite before being picked up by other outlets. Hines is also spearheading the development of Parcel F at 550 Howard Street, an 806-foot tall mixed-use building with apartments, office space, and a hotel. 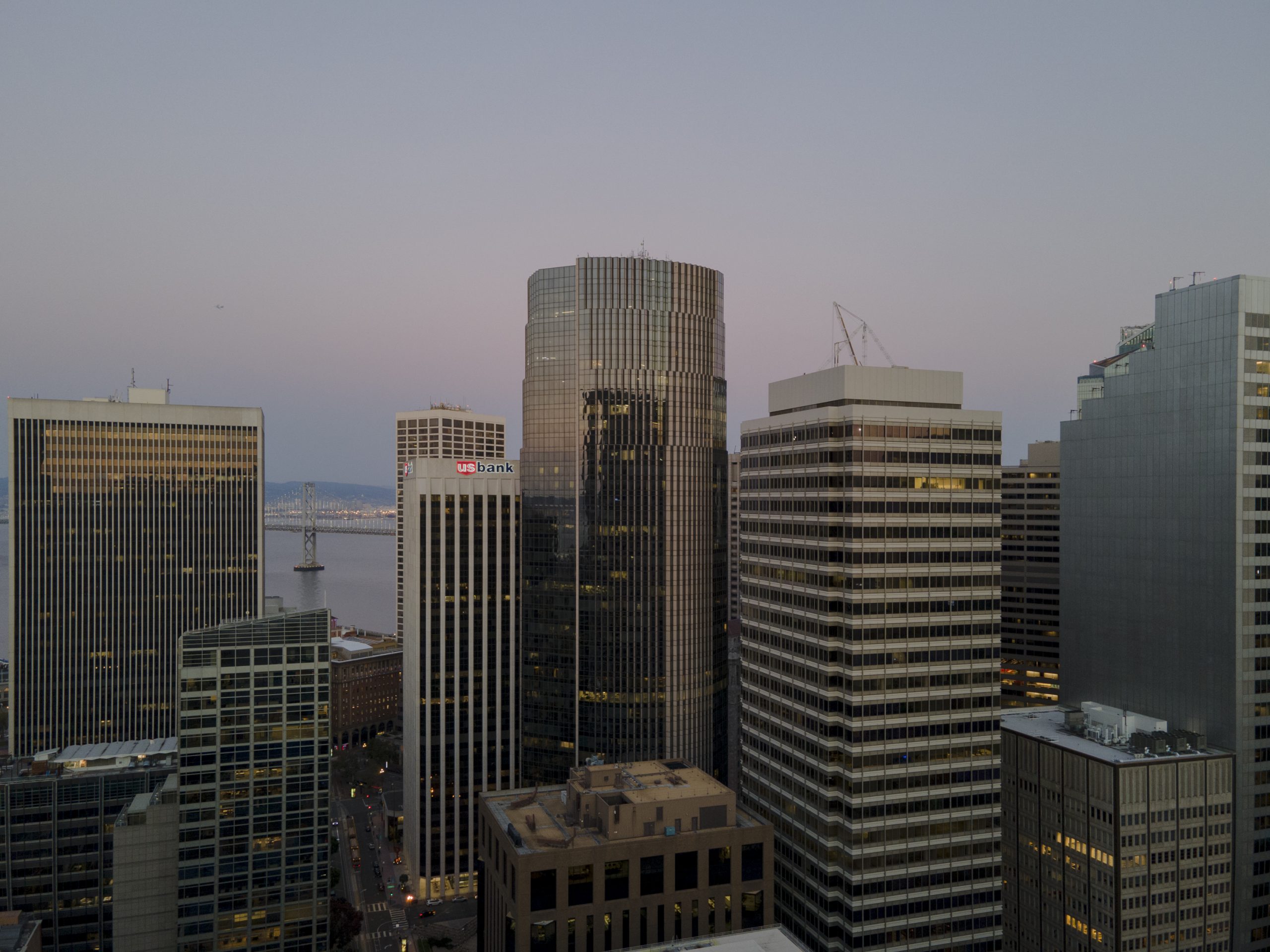