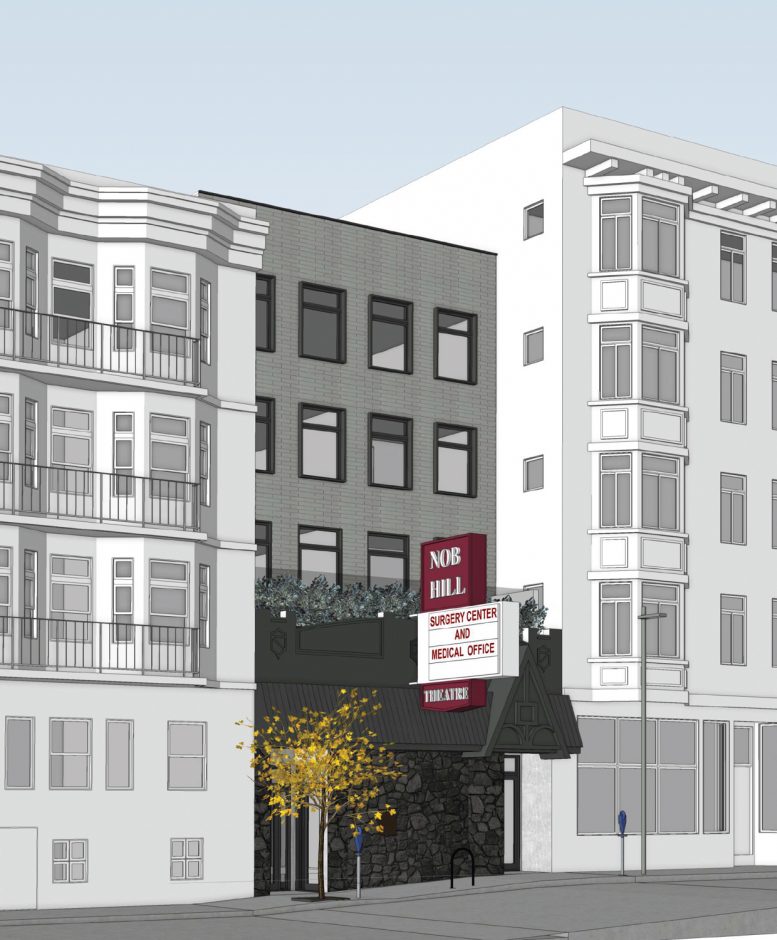 729 Bush Street across from, image by John Lum Architecture

New permits have been filed for an infill development at 729 Bush Street, located in the eastern edge of San Francisco’s Lower Nob Hill neighborhood. The project would replace the Nob Hill Theatre with housing and medical facilities. John Lum Architecture is responsible for the proposal, which includes preserving the theater facade and signage.

The six-story development will yield 18,890 square feet with 6,200 square feet for residential use and 7,270 square feet for medical facilities. Bicycle parking will be included on-site. The rooftop will include a roof deck with views of the city. 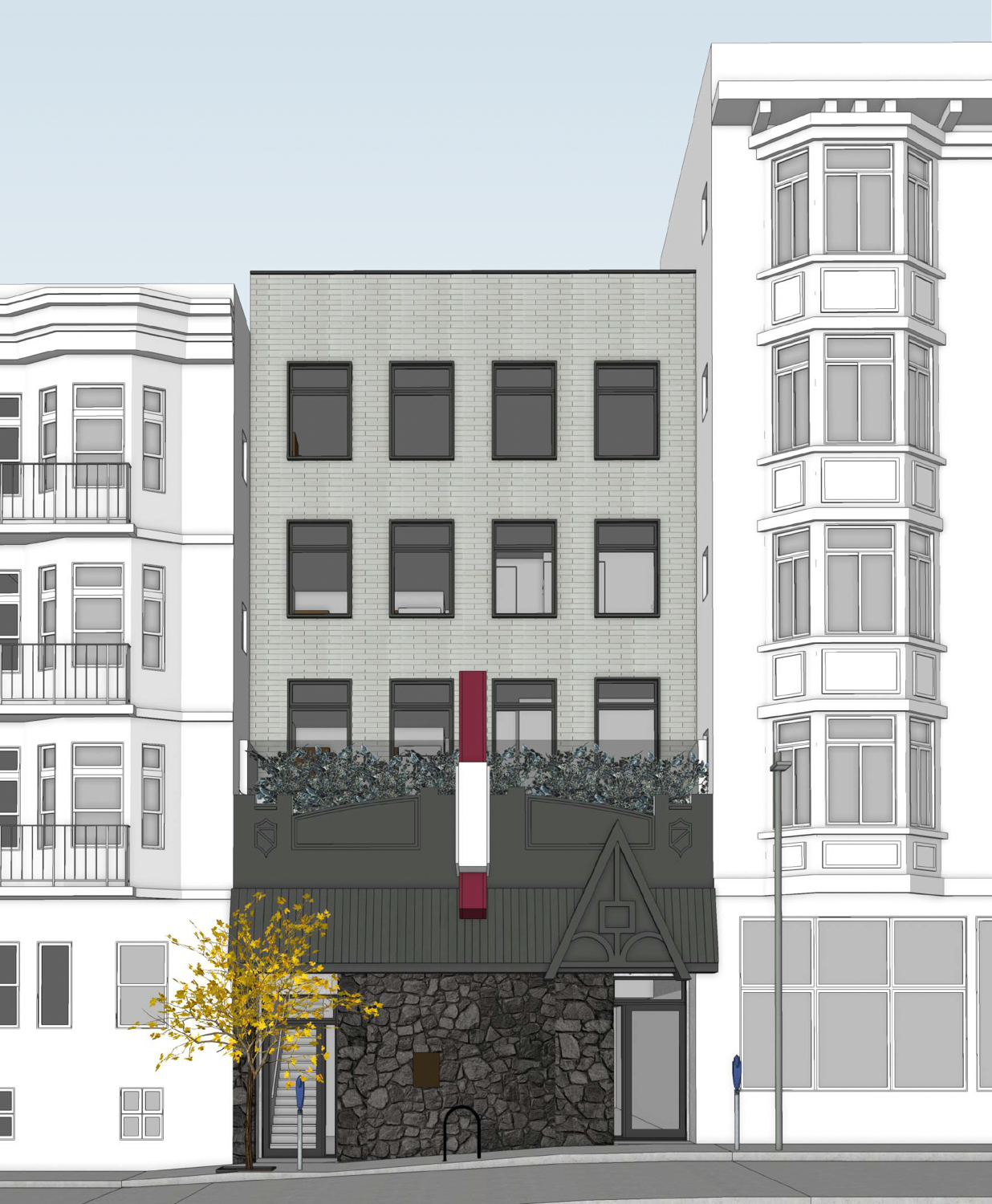 Dr. James Chen is responsible for the development as the property owner. Dr. Chen is expected to occupy the medical facilities on site. He will also replace the Nob Hill Theatre’s ‘Touch Our Junk!” message with “Surgery Center and Medical Office” signage, matching the font.

Dr. Chen purchased the site in 2018 for $2.7 million, and the construction project is expected to cost $2.2 million. 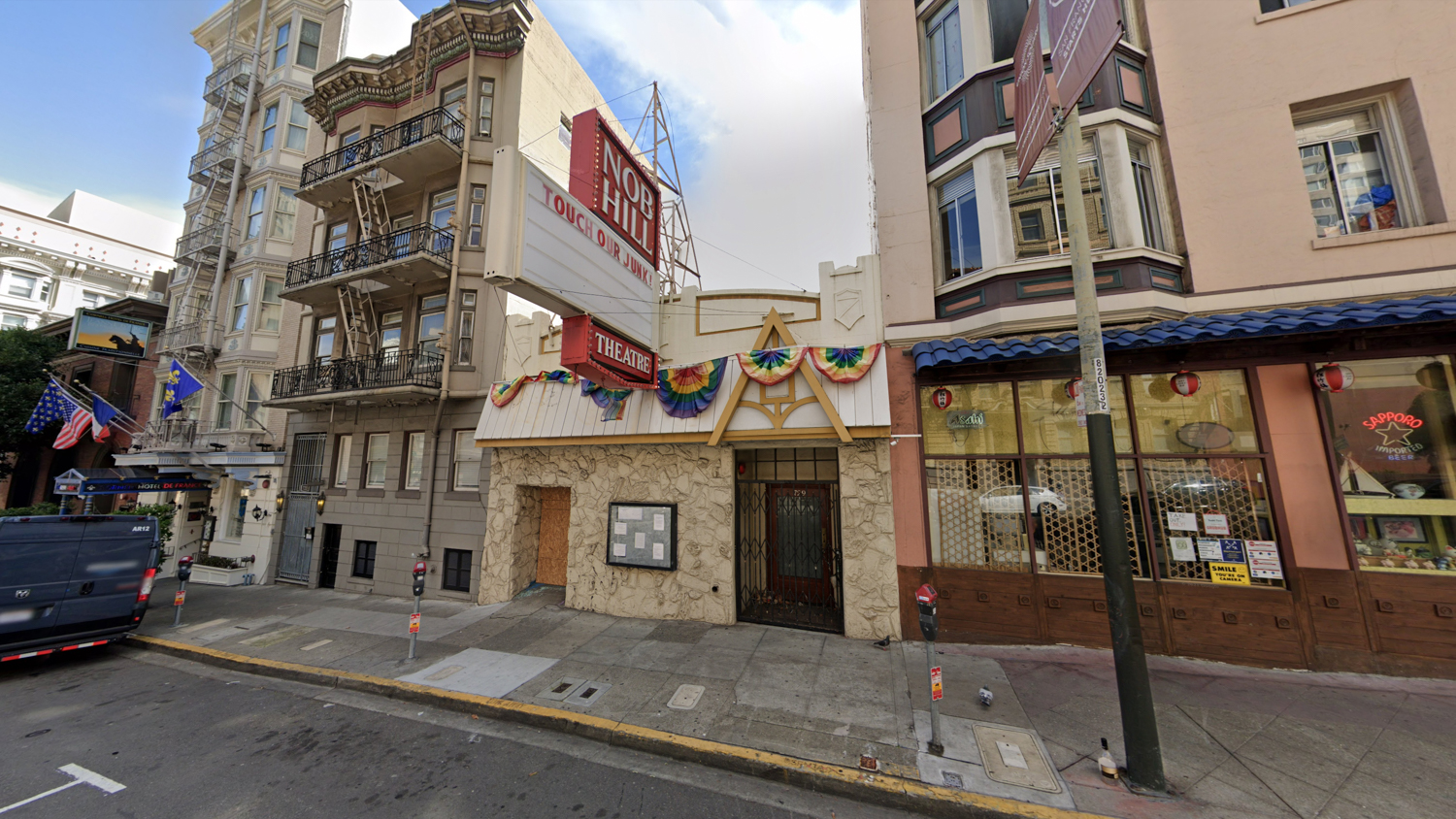 Residents will be in a dense corner of the city, five minutes away from Union Square or Grace Cathedral in opposite directions, near Chinatown, and ten minutes away from Powell Street and Montgomery Street BART Stations along Market Street.

Be the first to comment on "Permits Filed for 729 Bush Street, Lower Nob Hill, San Francisco"