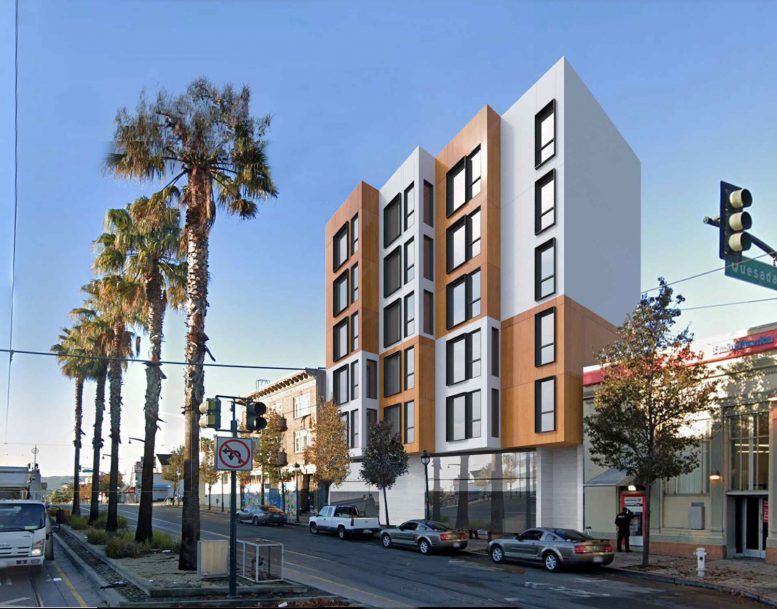 New building permits have been filed for a mixed-use project at 5012 3rd Street in San Francisco’s Bayview neighborhood. The proposal would add 29 new dwelling units to the city’s housing market, including some affordable units. TC Studio is the project architect. 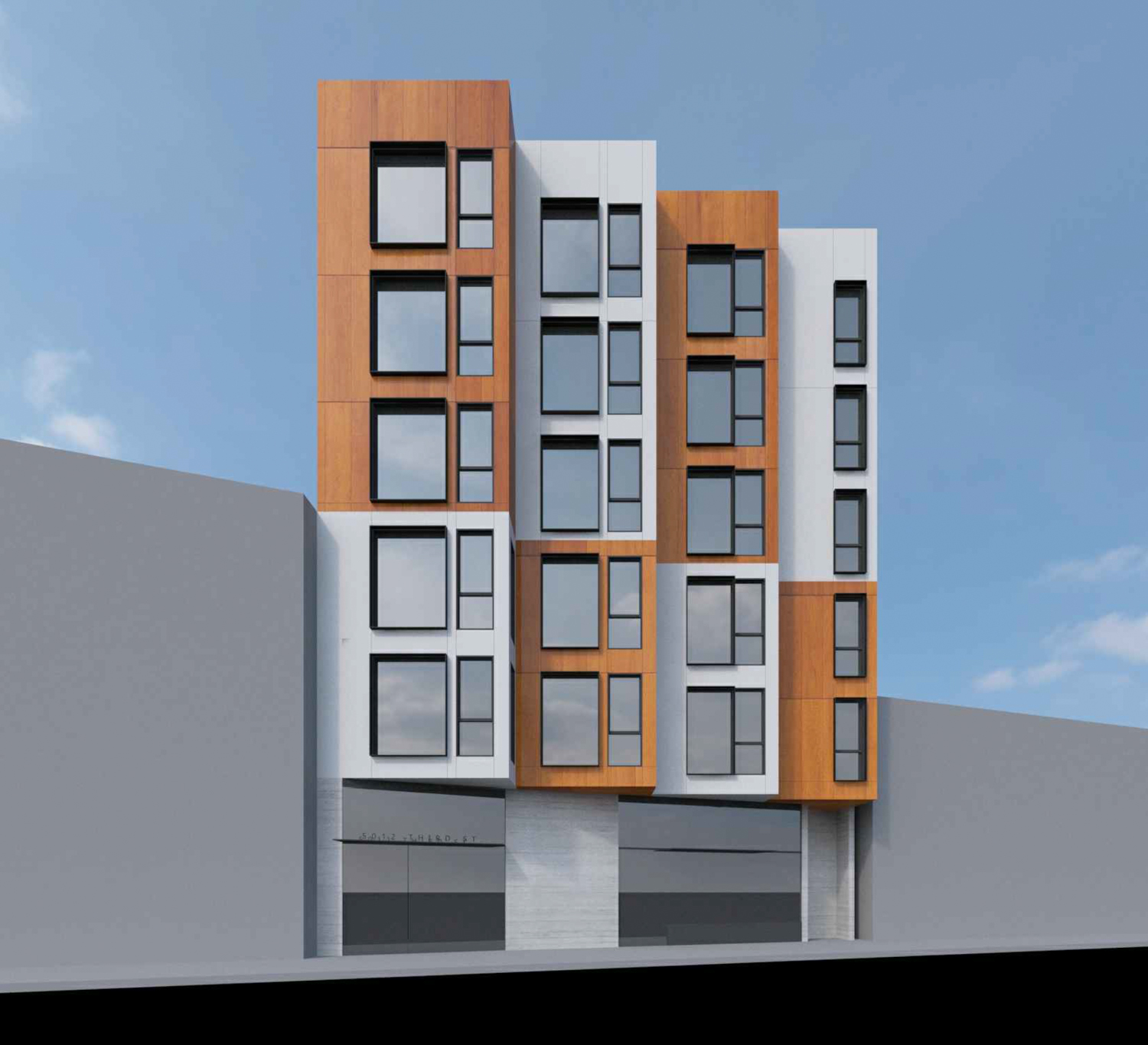 The 69-foot tall structure will yield 25,400 square feet with 18,570 square feet dedicated to residential use and 700 square feet for ground-level commercial retail. Parking will be included for 31 bicycles and no vehicles, in a decision that will allow cheaper construction, lower residents’ carbon footprint, and promote public transportation.

Of the 29 apartments, nine will be priced as affordable housing. Planning documents suggest the development will offer the residences for ownership. Unit sizes will range between 400 and 1,000 square feet each with eight studios, eight one-bedroom, ten two-bedroom, and three three-bedroom units. 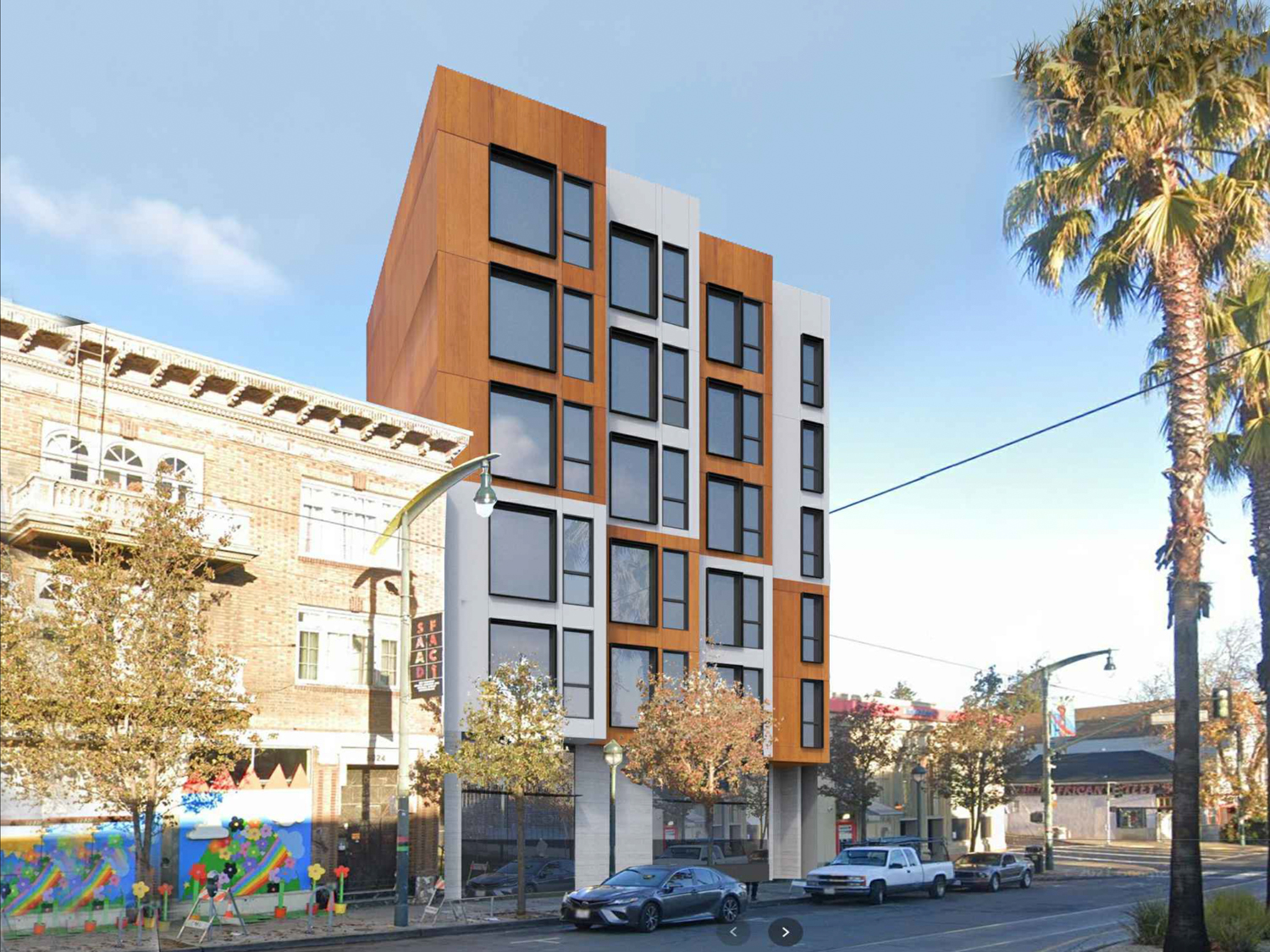 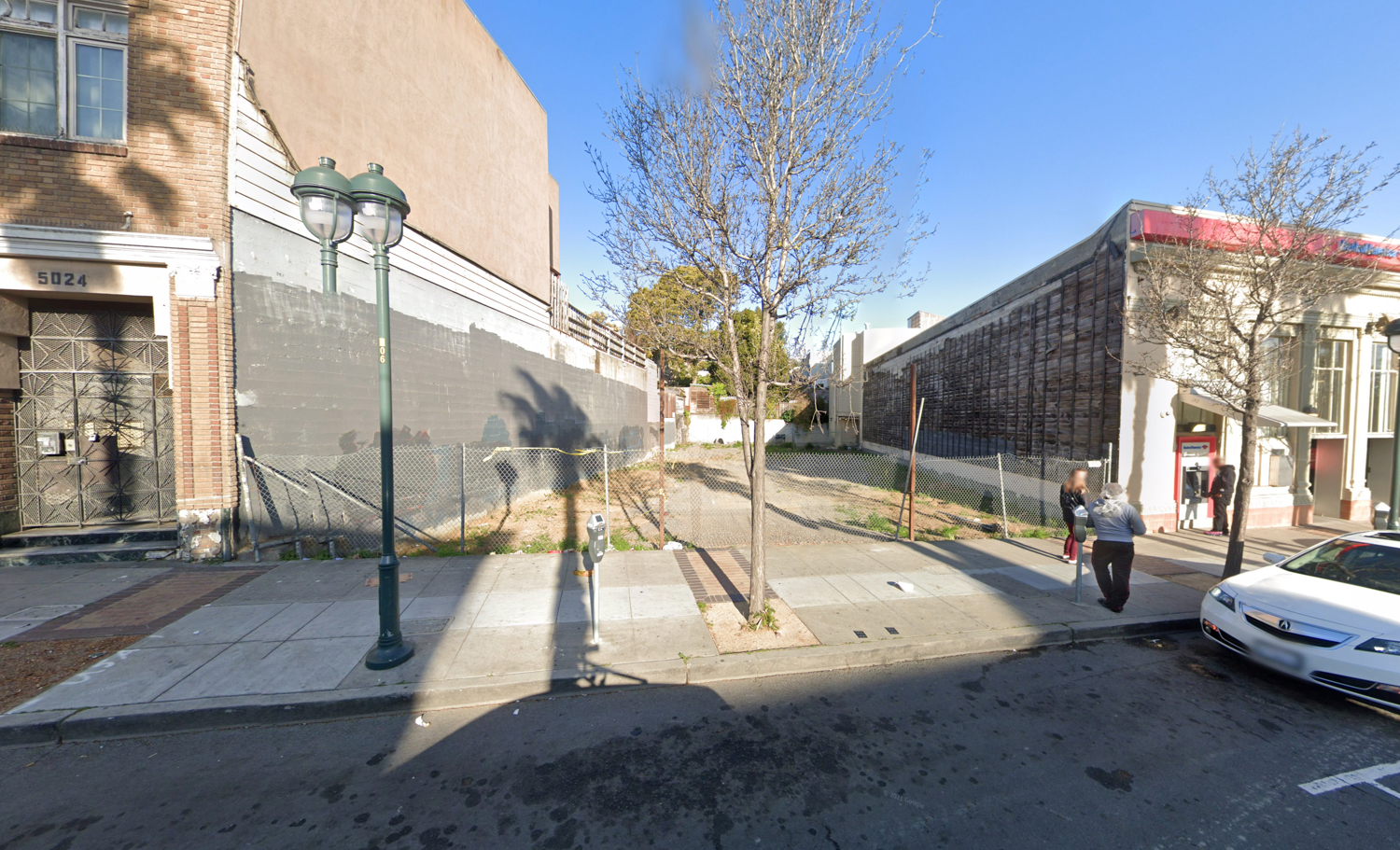 The property is located along the 3rd Street commercial thoroughfare between Quesada Avenue, Revere Avenue, and Bayview Street. The location is rich with transit, including the KT light rail line. 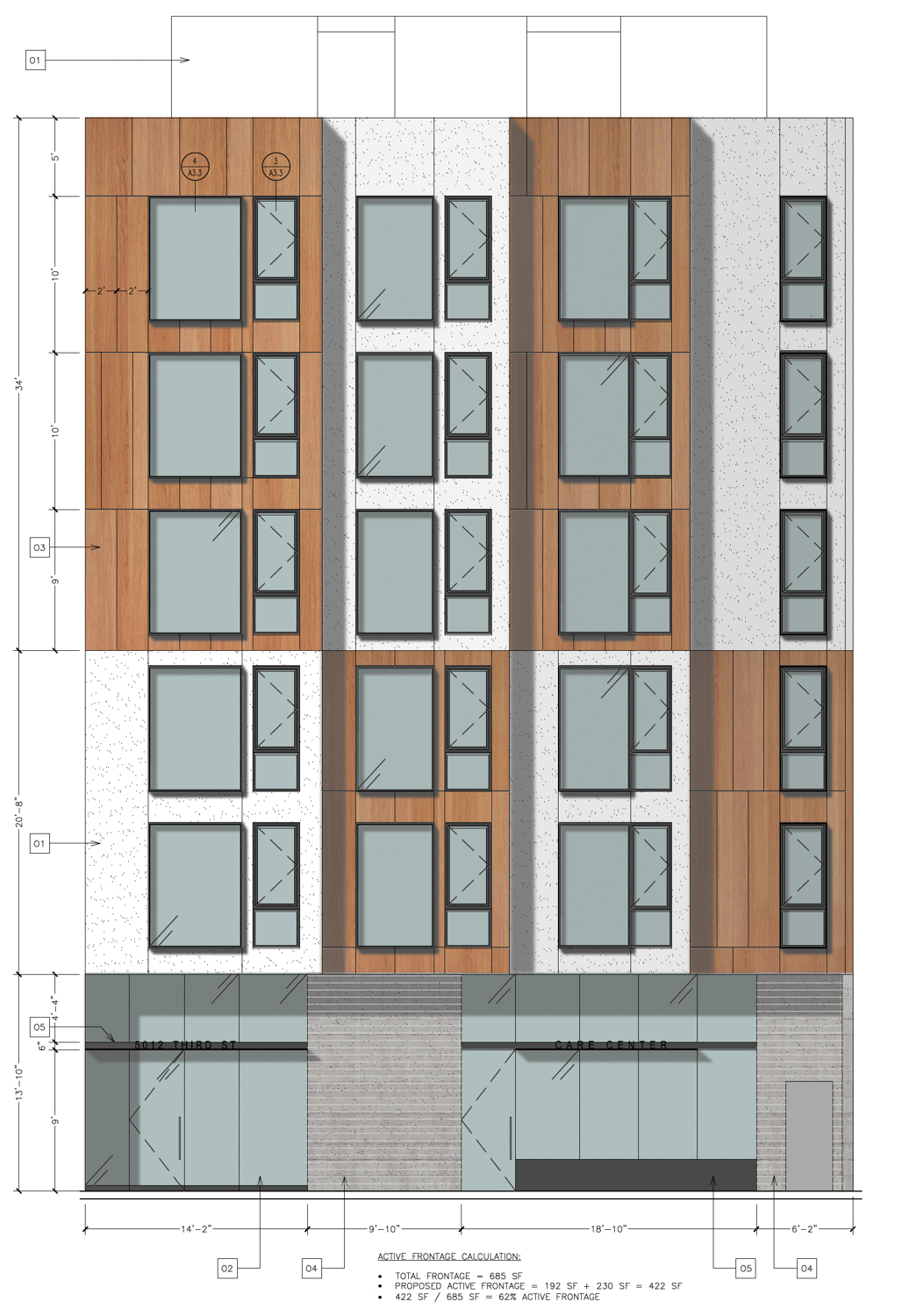