Renderings have been published for the residential proposal at 1477 Huntington Avenue in Lindenville, South San Francisco. The seven-story development hopes to add 262 new apartments, including some affordable housing, across from a few other potential high-density apartment blocks with retail, BART and Caltrain station nearby. Overton Moore Properties is responsible for the application via Infill Land Partners LLC. 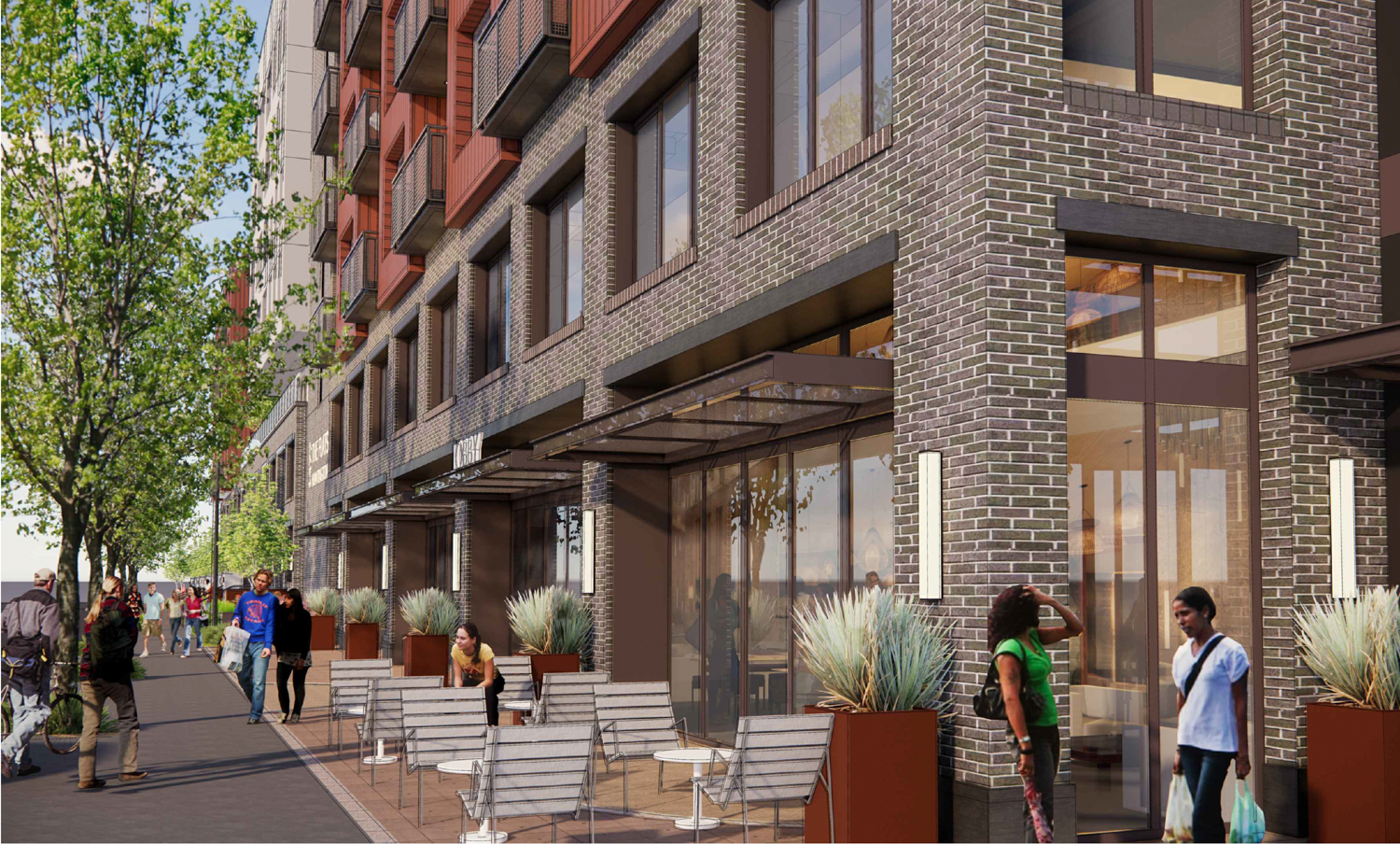 Parking will be included for 309 cars and 144 bicycles. 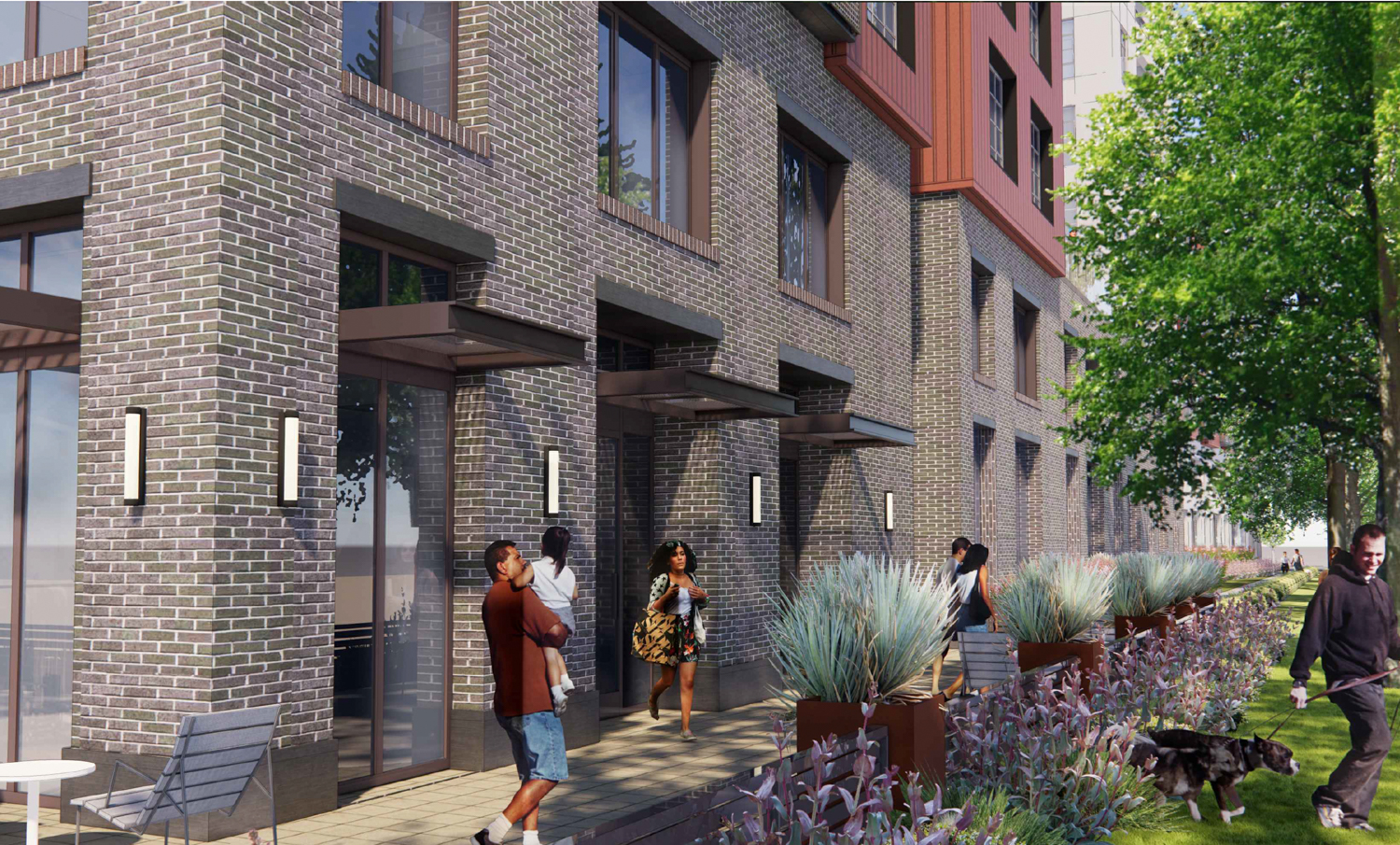 1477 Huntington Avenue close up view of the base, rendering by KTGY Architecture + Planning

Of the 262 units, there will be 26 studios, 178 one-bedroom units, and 59 two-bedroom units. As well, 39 units will be designated as affordable for households earning low or very low incomes relative to the Area Median Income. Units rented for a household of one or two would be rented for between $1,830 and $2,930. 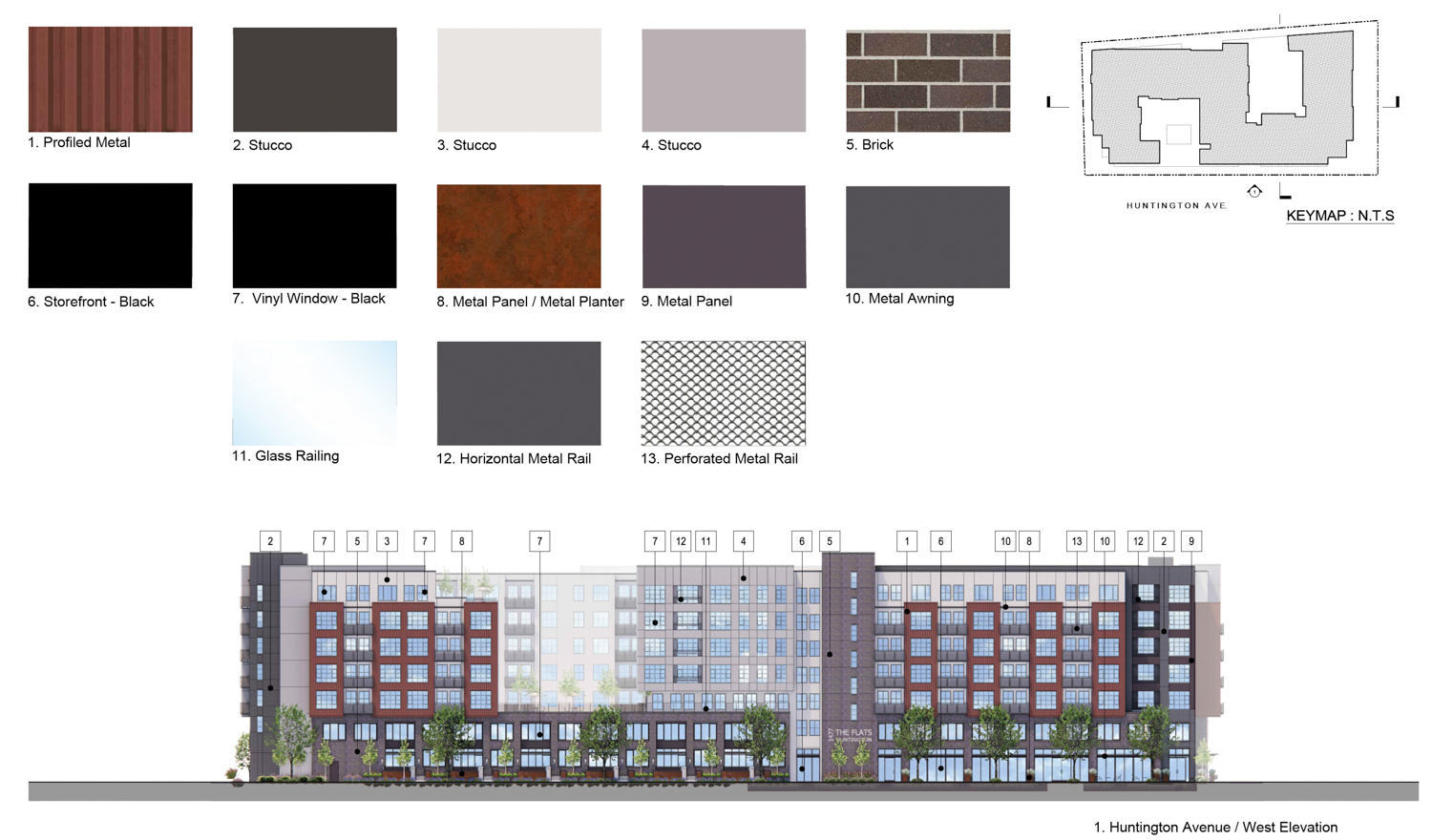 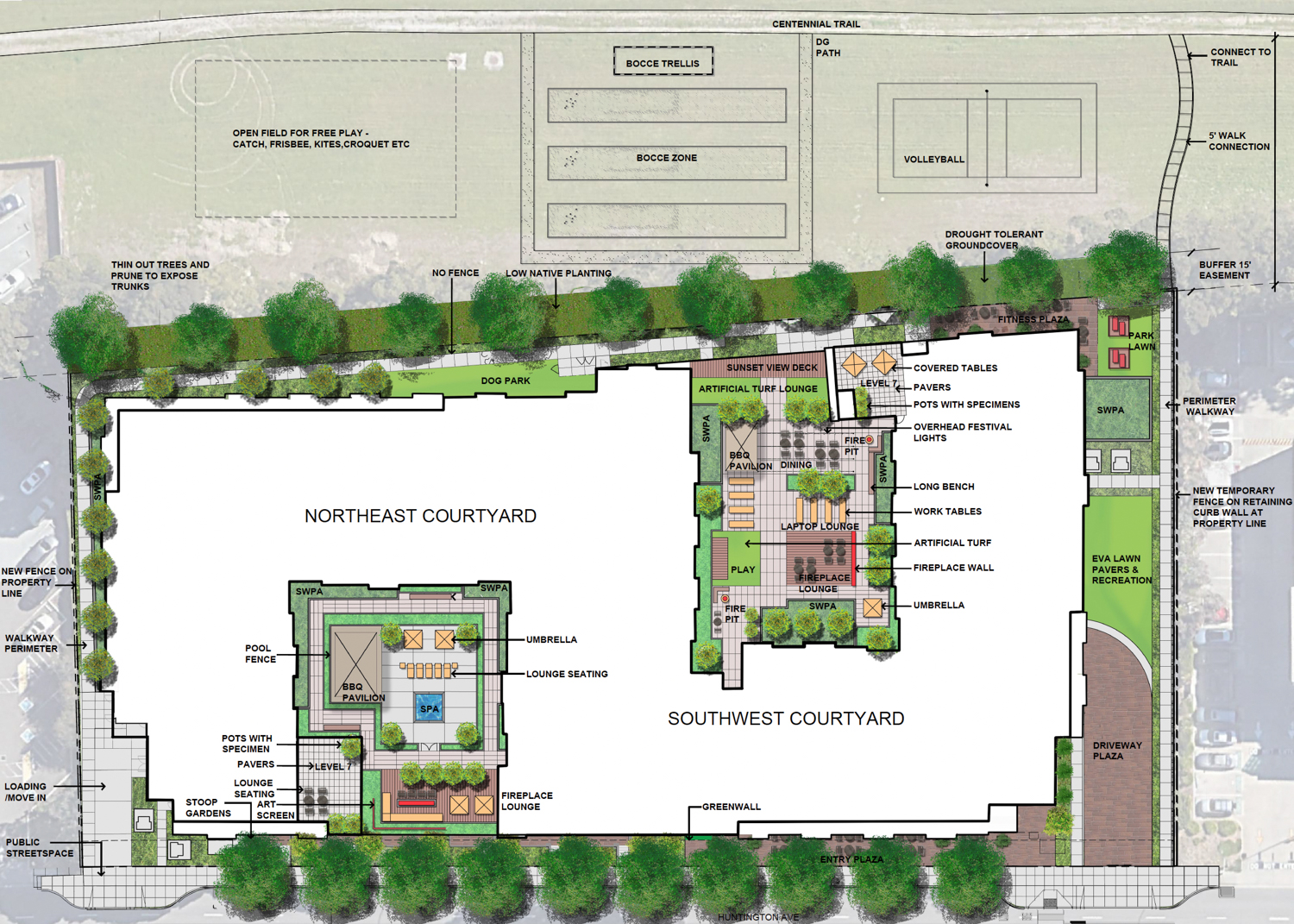 KTGY Architecture + Planning is the project architect. April Philips Design Works is the landscape architect, CBG is the civil engineer. The design will be a clean example of podium building, with an articulated facade using stucco, profiled metal, and brick veneer cladding. According to the design narrative, the building’s “strategically-planned step backs on the top floor further diminish the perspective of the overall height of the building from the ground and create opportunities for penthouse units with terraces, and roof deck amenities with views to punctuate the top portion of the building.” 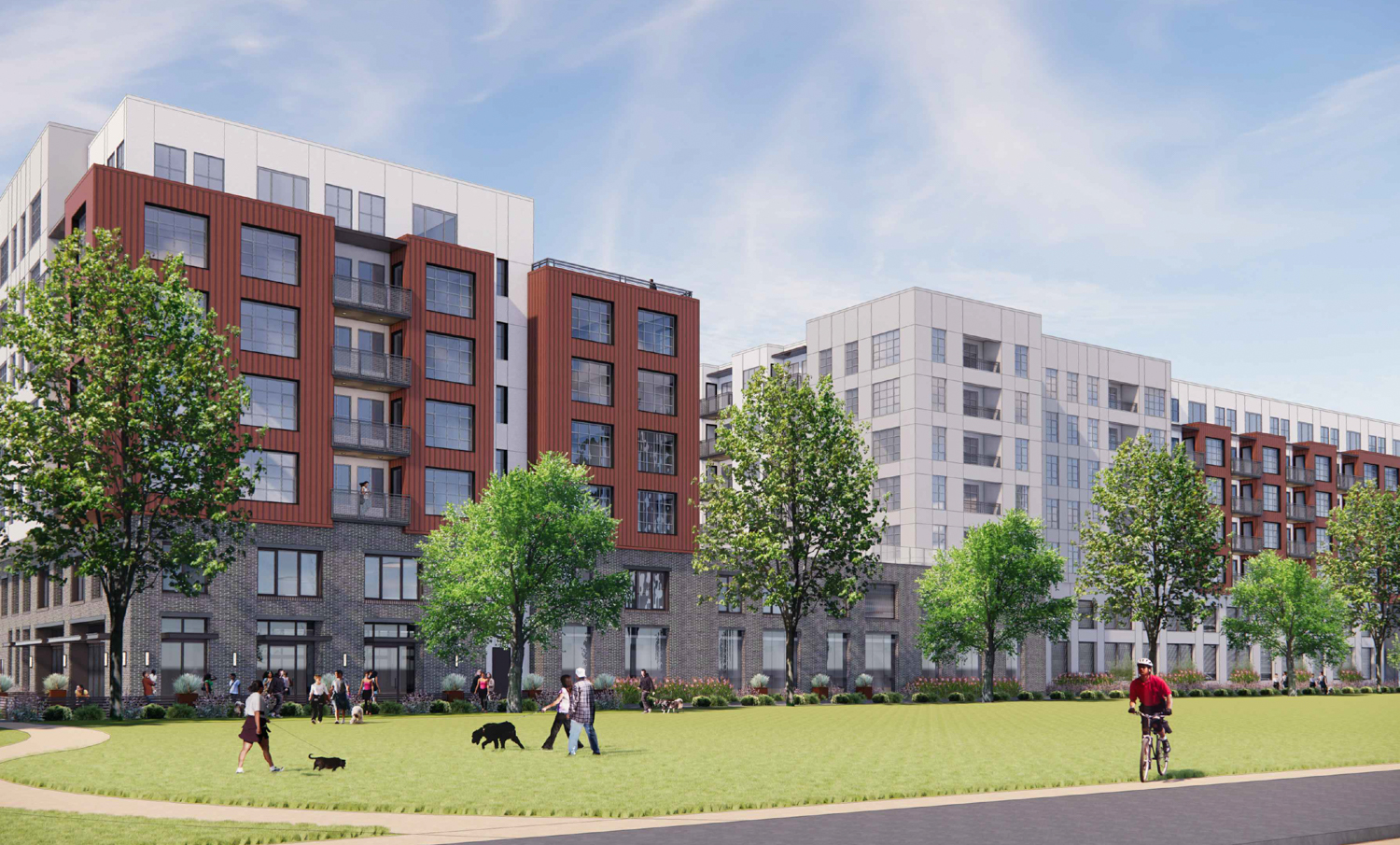 For bus riders, 1477 Huntington Avenue is four minutes away from the San Bruno BART Station and ten minutes away from the San Bruno Caltrain Station. The South San Francisco Caltrain Station will also be nearby, fifteen minutes north by bus. The development will be across from the proposed Safeway and possible future housing development at 180 El Camino Real and the 345-unit proposal at 410 Noor Avenue. 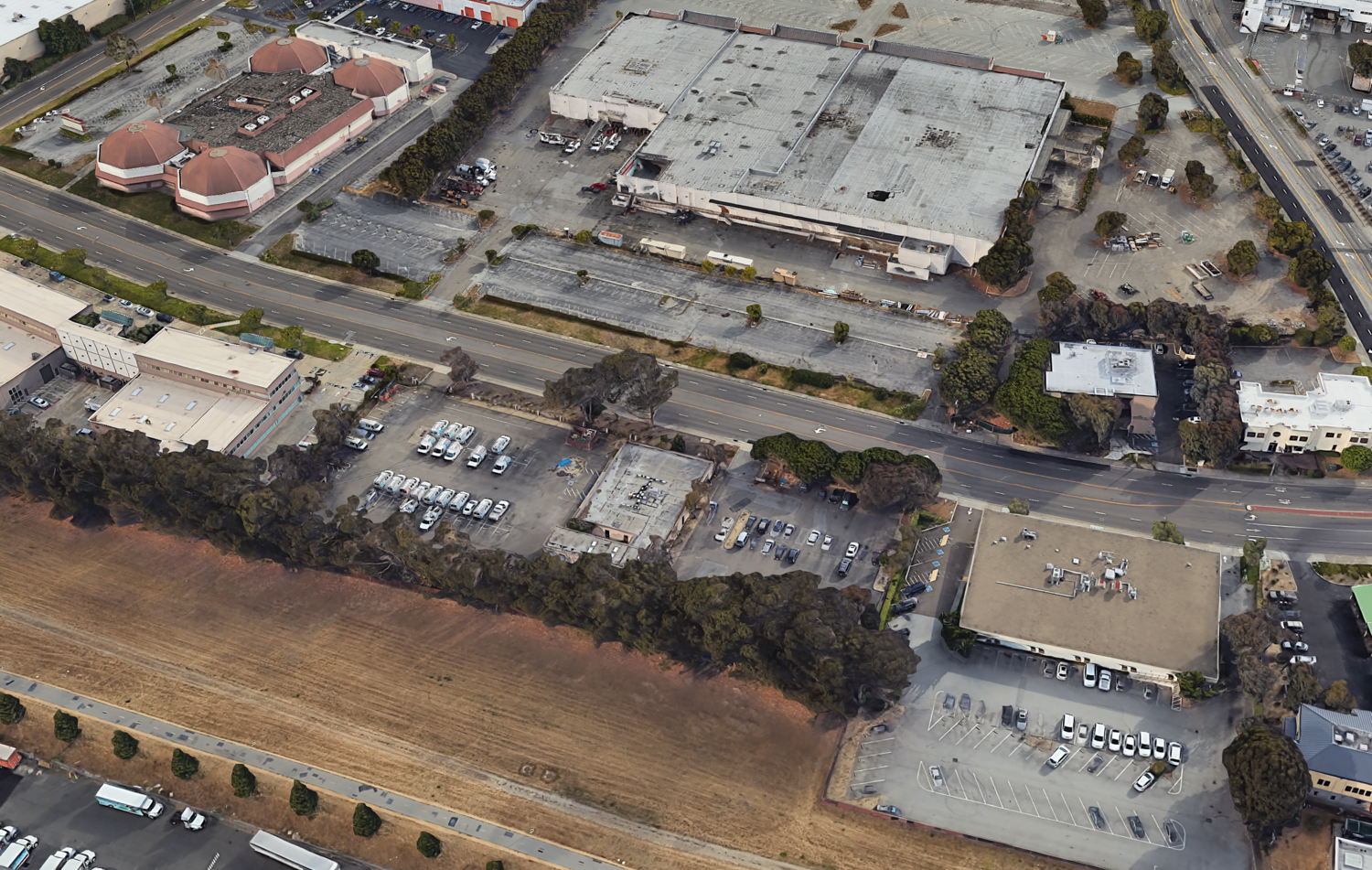 This proposal is just one of a few that are hoping to serve as a catalyst for the sprawling low-rise district with suburban and commercial functions into a more walkable urban community. Given the proximity to existing public transit, the location is likely to attract many. It is unfortunate, given this, that the project does include so much space for on-site parking.

An estimated cost of construction and timeline for completion has not yet been established.

Be the first to comment on "Renderings Published for 1477 Huntington Avenue, South San Francisco"