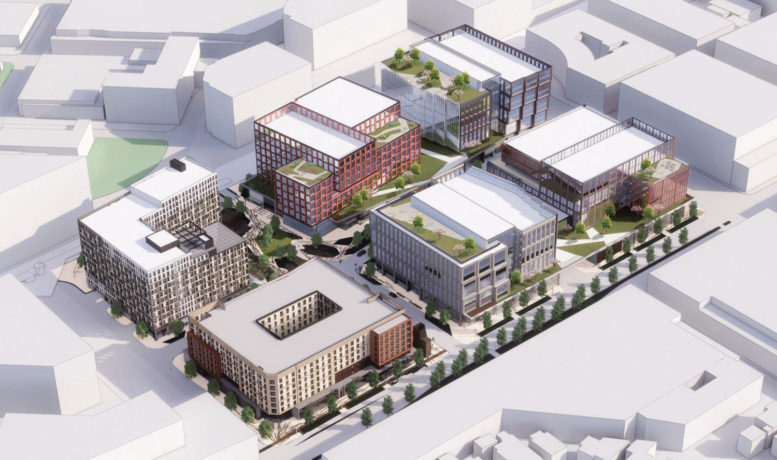 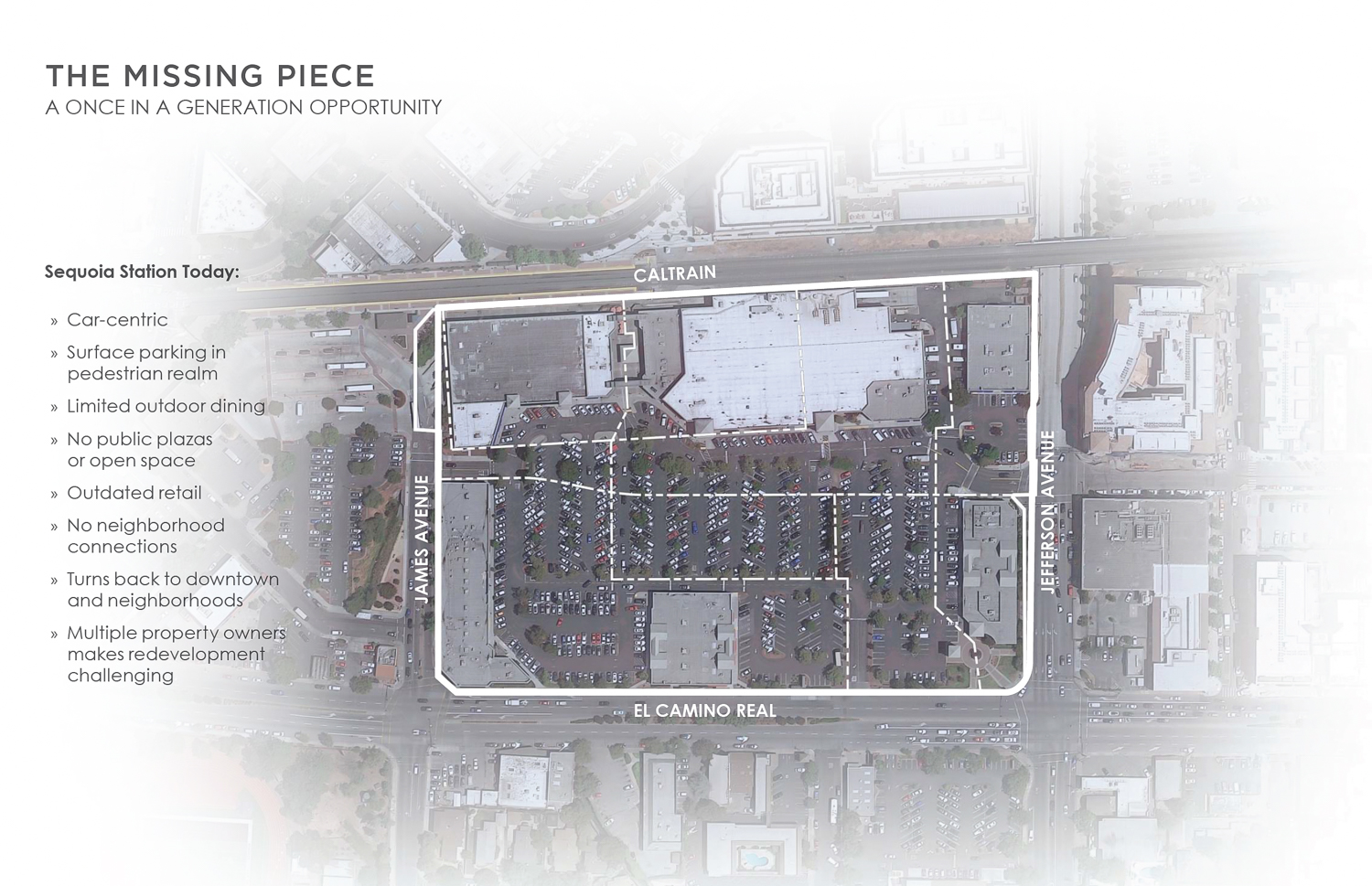 With the recent acquisition, Lowe purchased six acres from Regency Centers Corporation. The transaction has completed Lowe’s ownership of the 12-acre property currently occupied by Sequoia Station Shopping Center. Construction will start with the demolition of the strip mall, though both CVS and Safeway will be retained in future retail space. 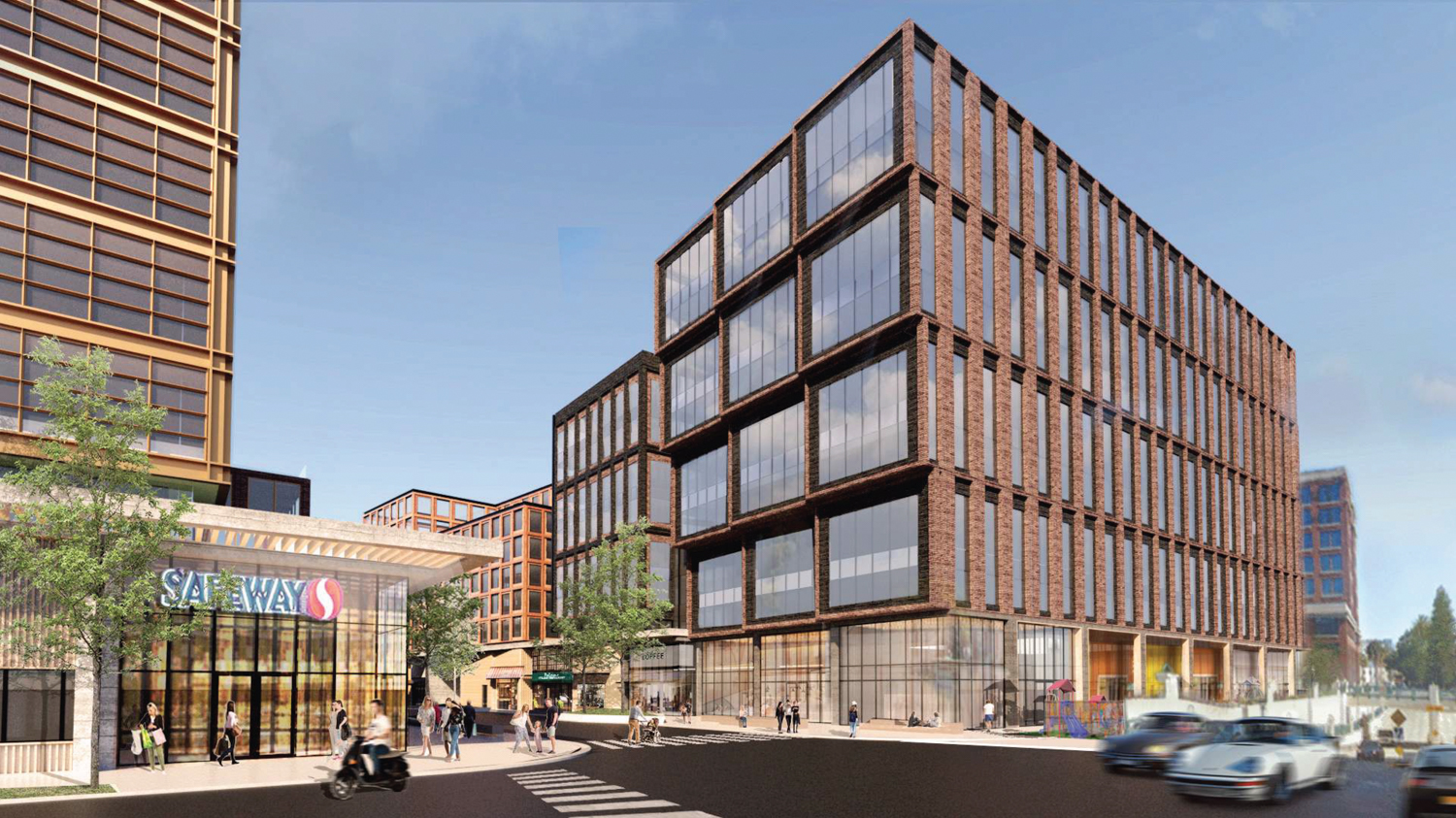 Parking will be included for 637 bicycles and between 2,725 and 3,177 cars across over 1.1 million square feet. The garage will span from the ground level down three levels of subterranean parking, two of which will span the entire development area.

Of the 631 proposed units in Block A and D, 254 will be provided as affordable housing managed by Eden. The below-market-rate housing will be divided across both buildings. 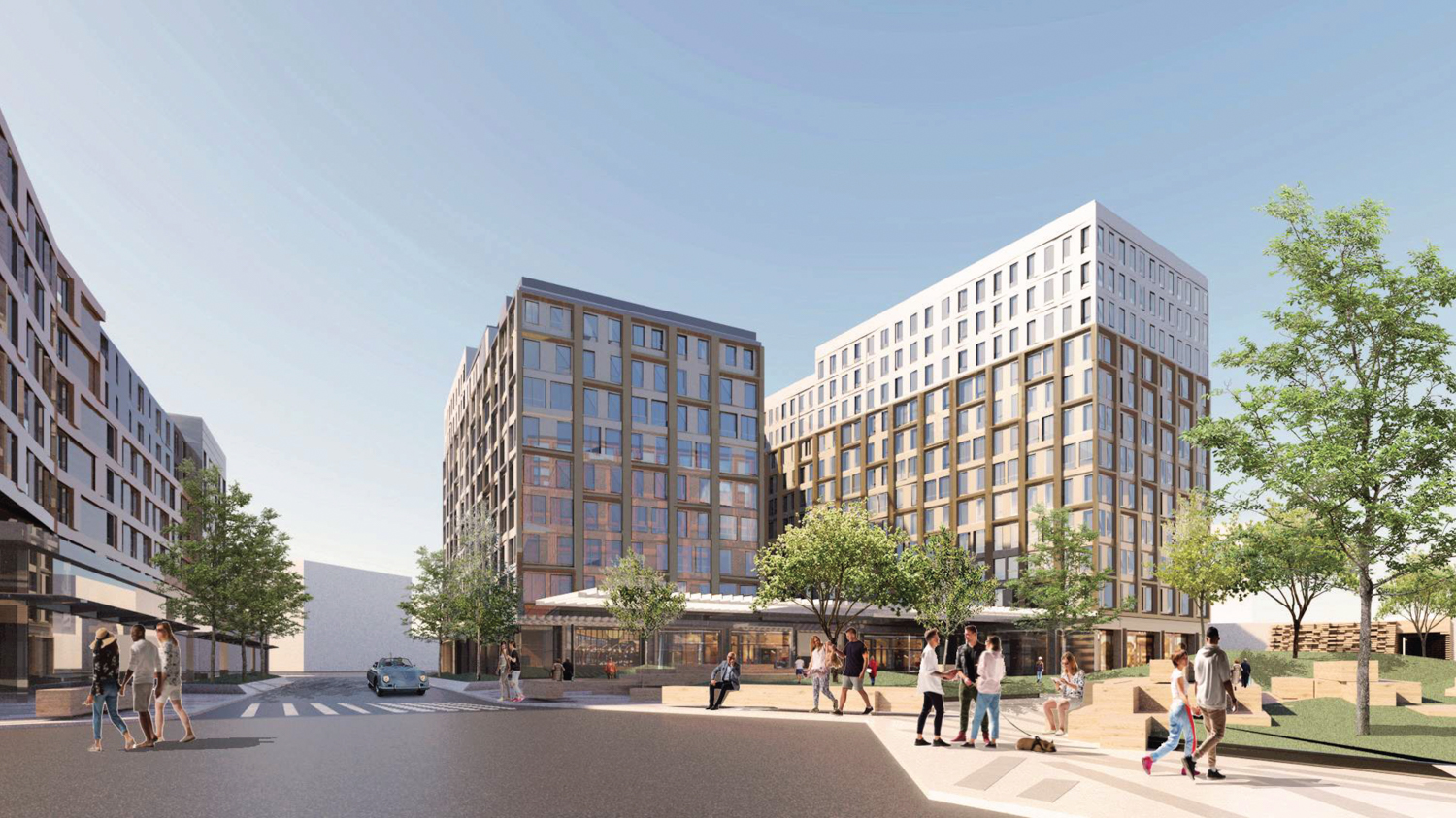 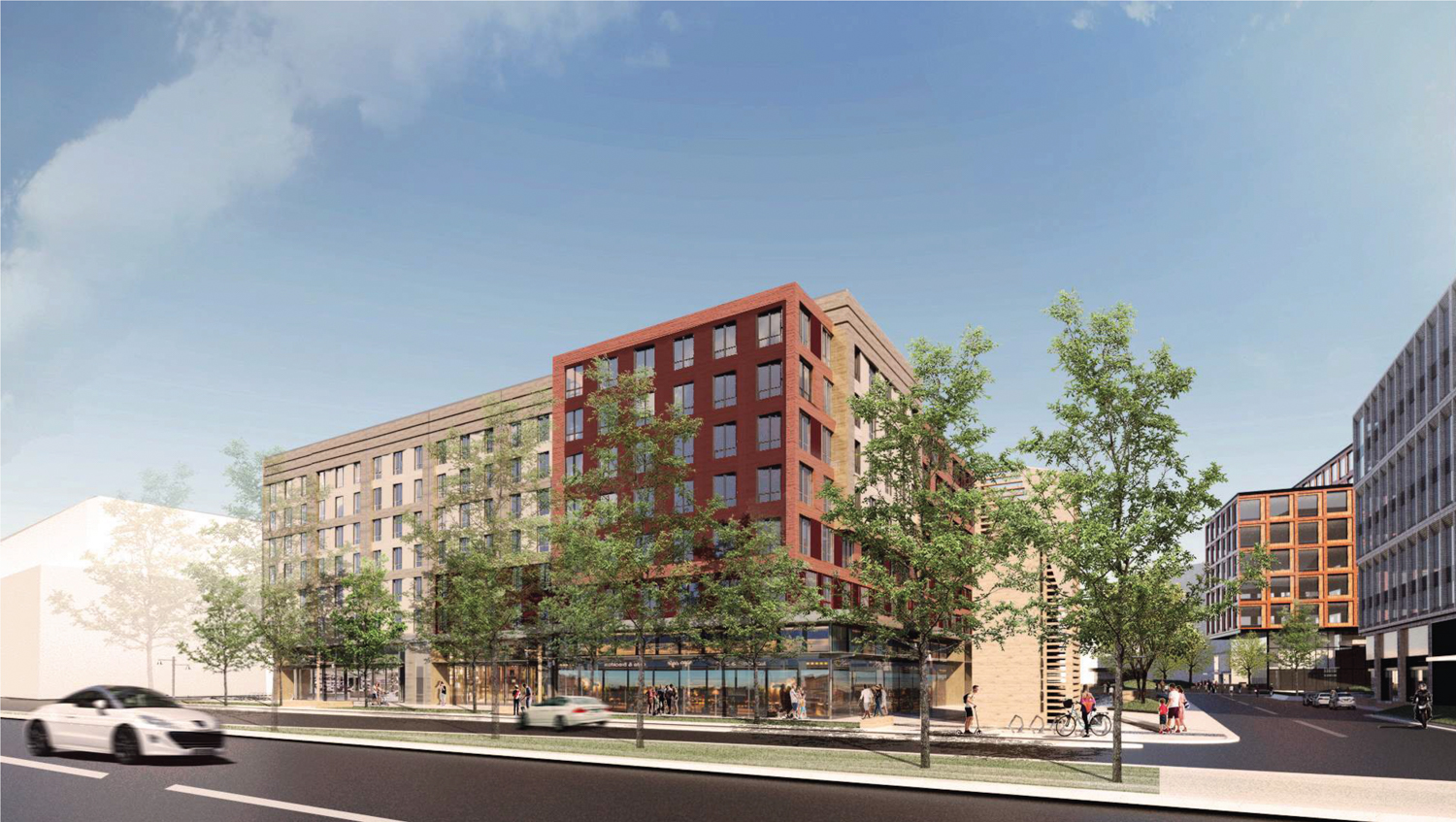 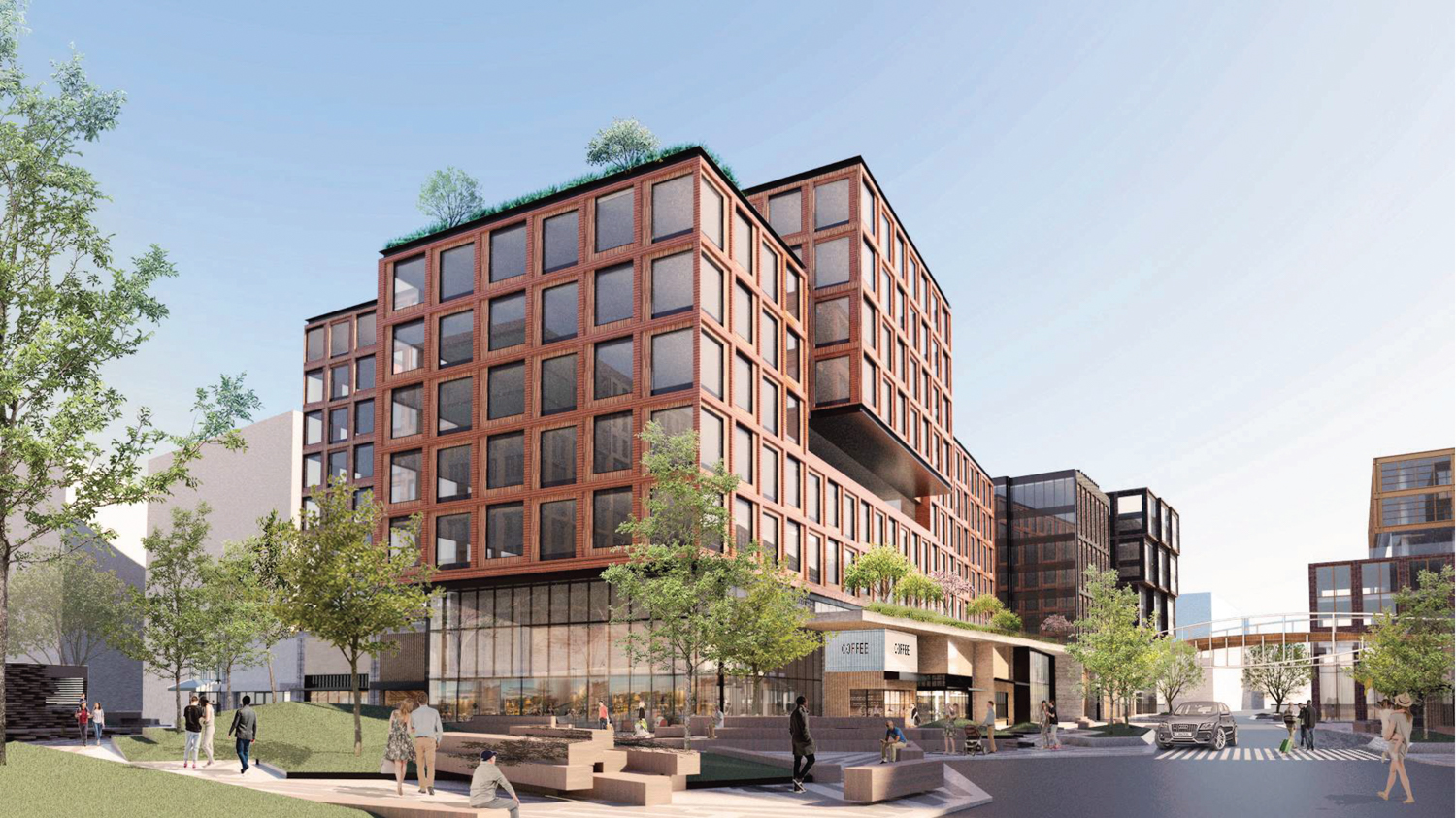 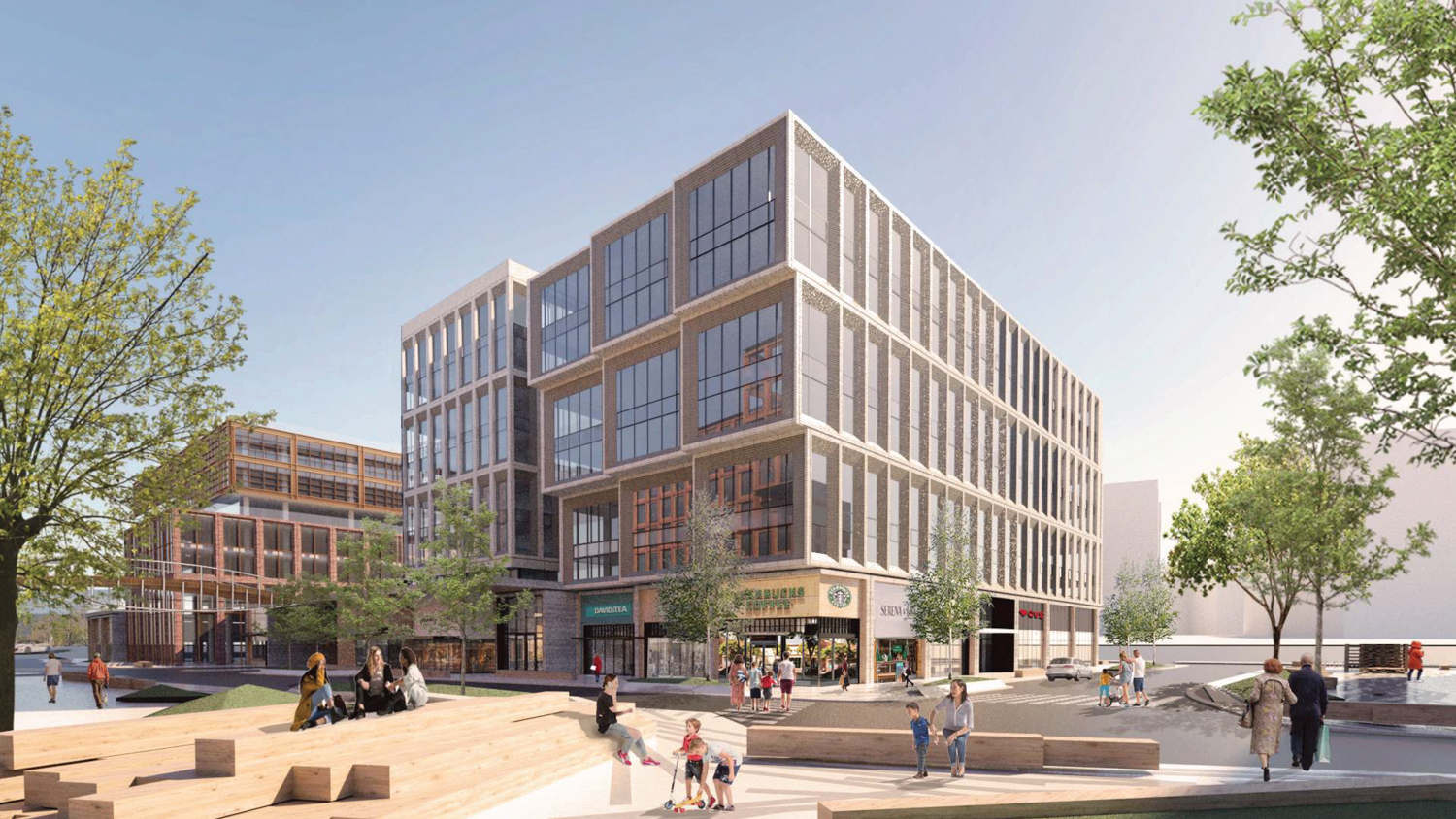 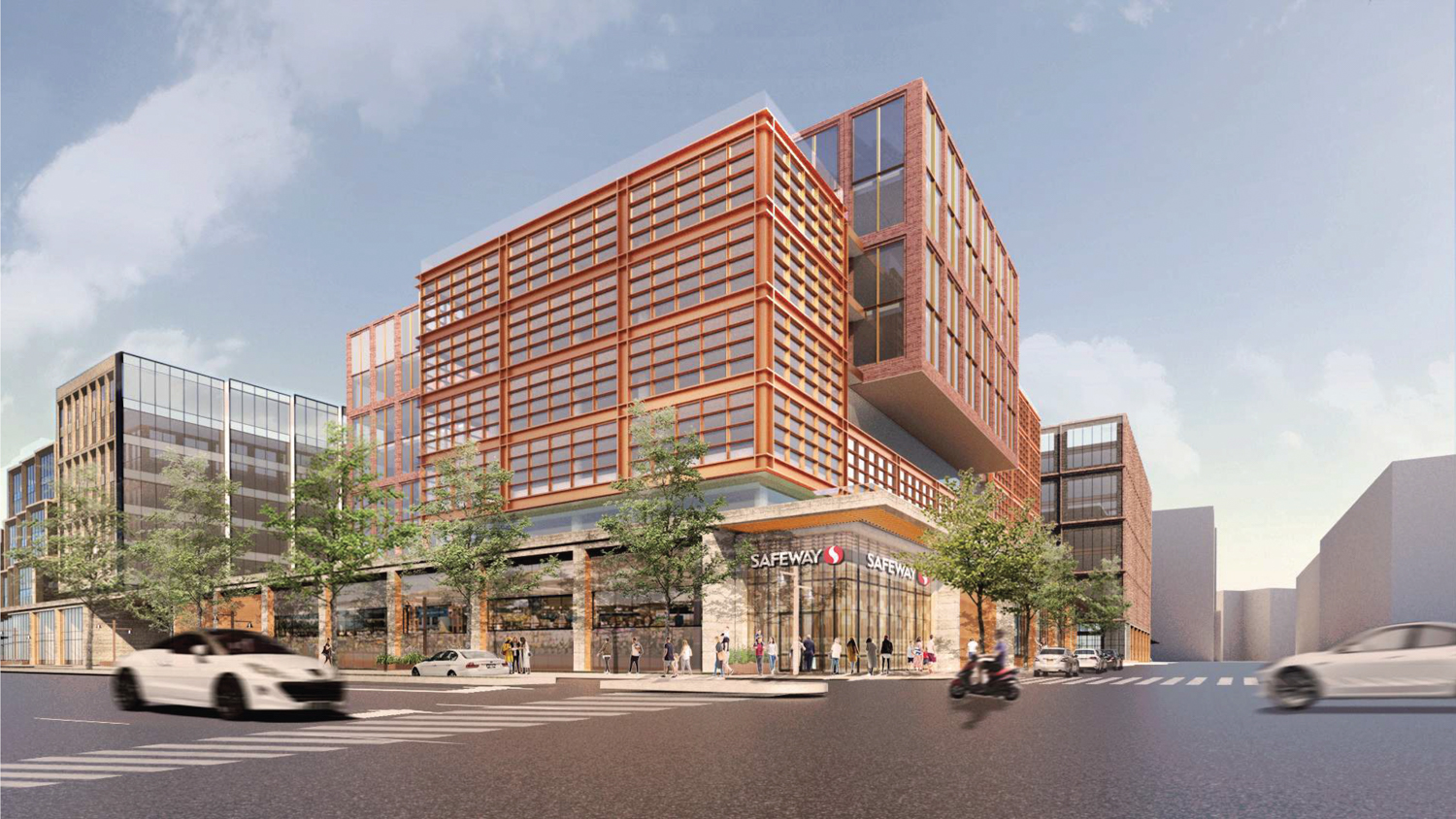 HOK Architects is the project’s lead architect. Working in tandem with HOK, BDE Architecture will design the residential structures. Surfacedesign Inc is the landscape architect, and BKF will be the civil engineers. The contractor has not yet been established. 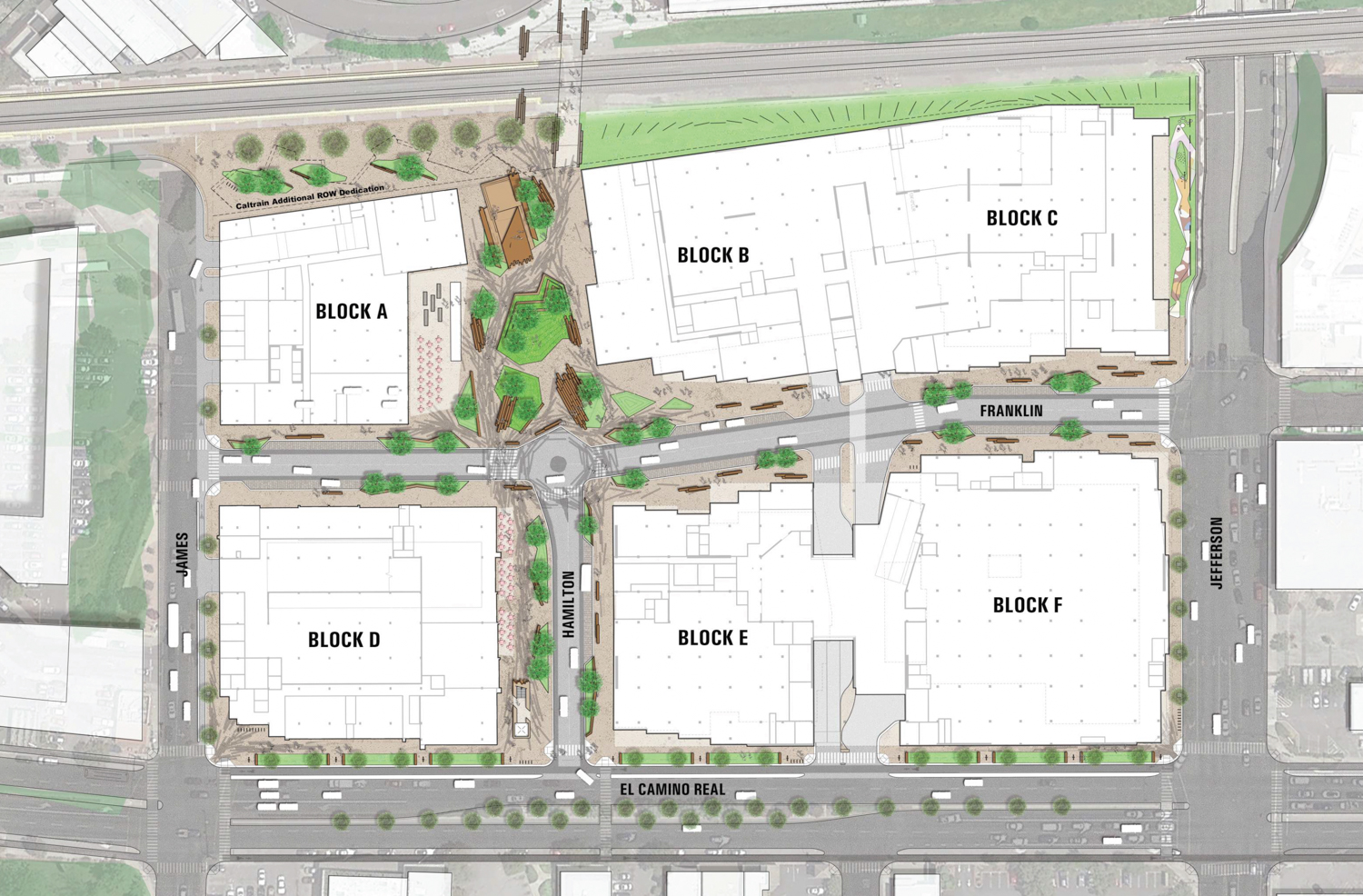 The buildings will also meet or be shorter than the city’s height limit, ranging from 80 feet to 146 feet tall. The aesthetic will vary a bit between each building, though all resemble the typical aesthetic of a podium building, with articulated facades to break up flat walls. Facade materials will include board-formed concrete, terracotta, wood-look panels, brick, metal finishes, and painted smooth plaster. 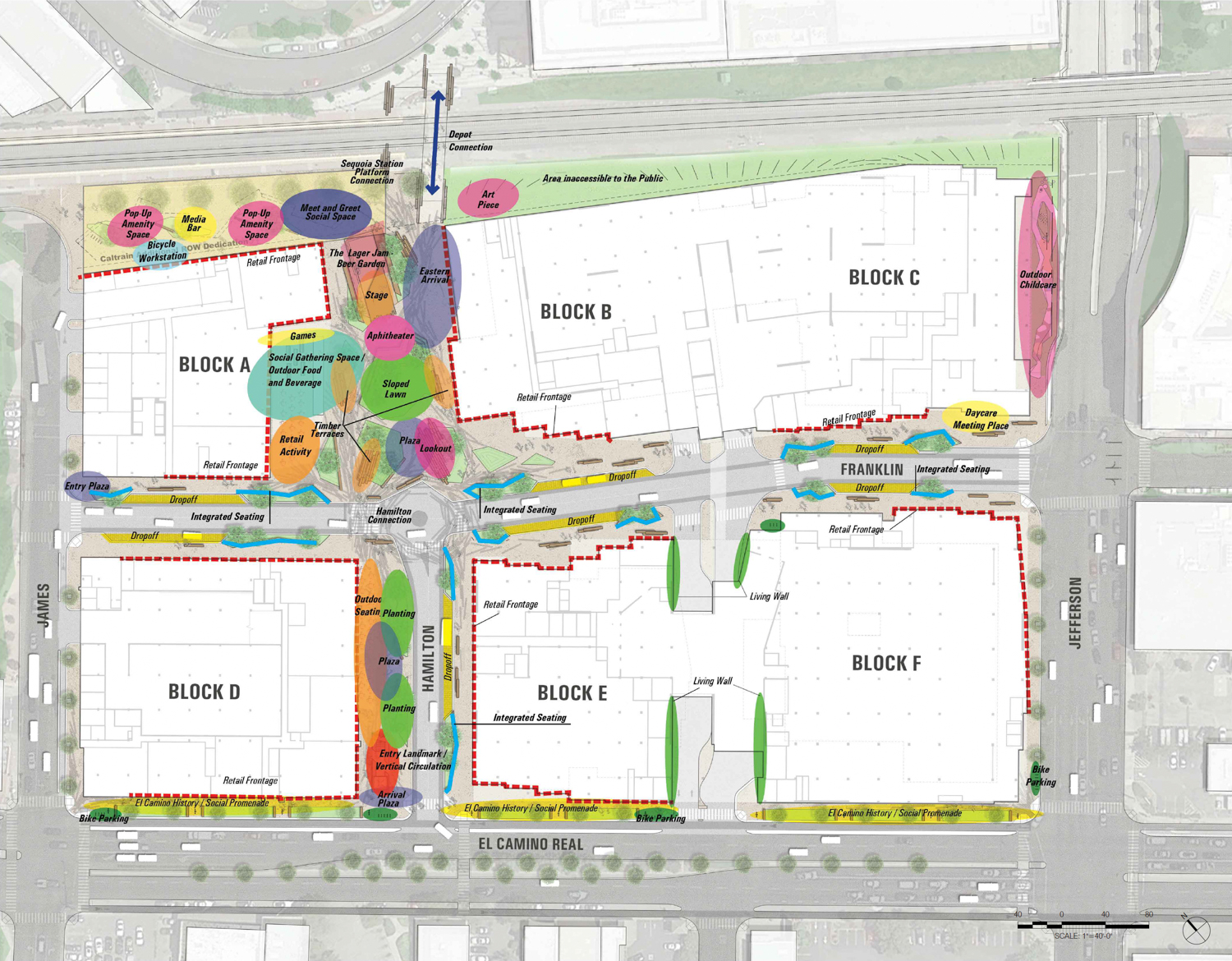 Lowes has granted a portion of the property beside Caltrain tracks to the agency, allowing the firm to elevate the rails to build a raised station. The future plans will fit within Caltrain’s 2040 vision to electrify the rails to increase speed and capacity.

According to reporting by George Alavos of the Bay Area News Group, Lowe is hoping to receive approval from the Redwood City City Council before the end of 2022. Groundbreaking can be expected soon after. 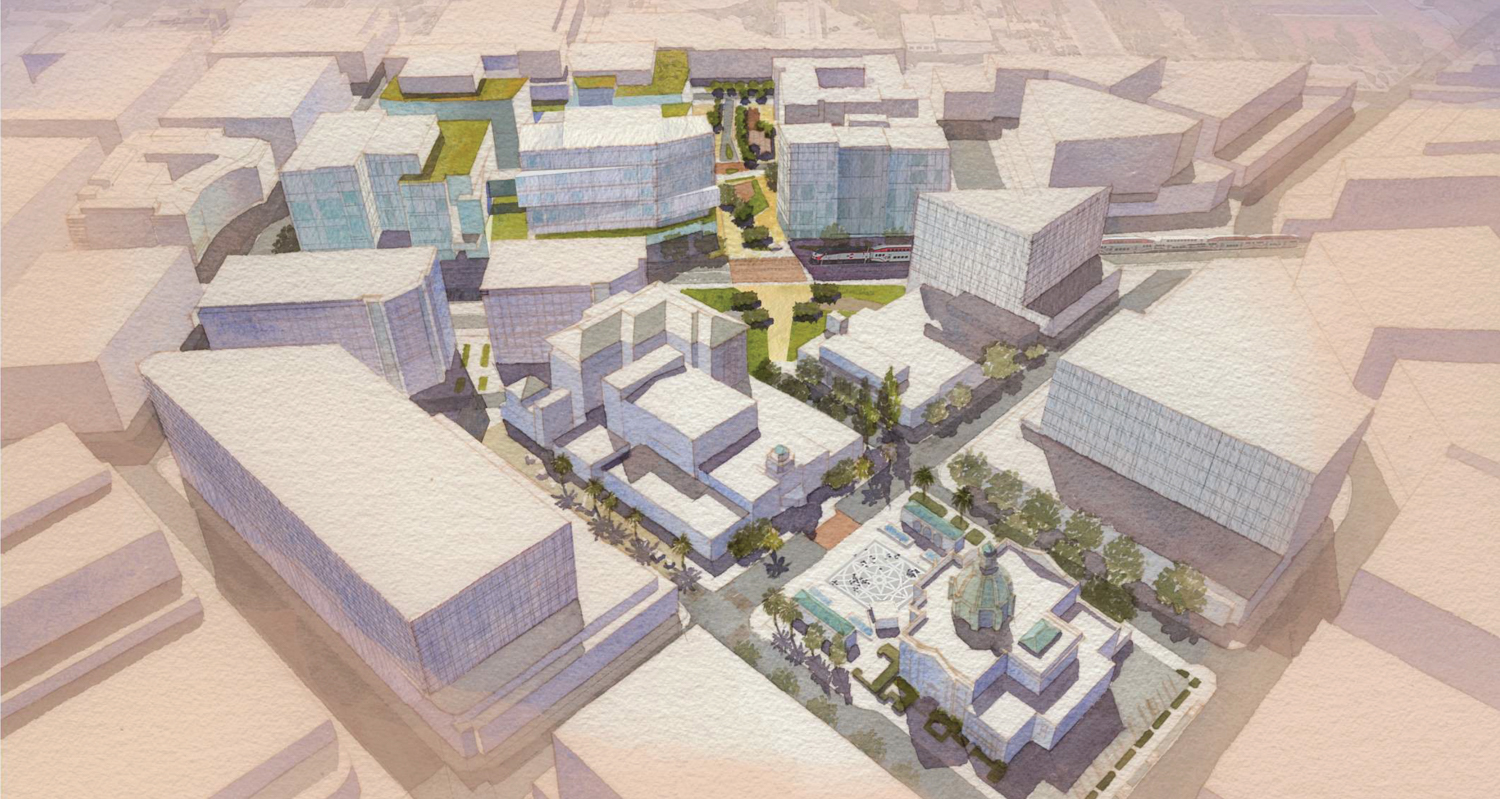 An estimated timeline and cost for construction have not yet been published.