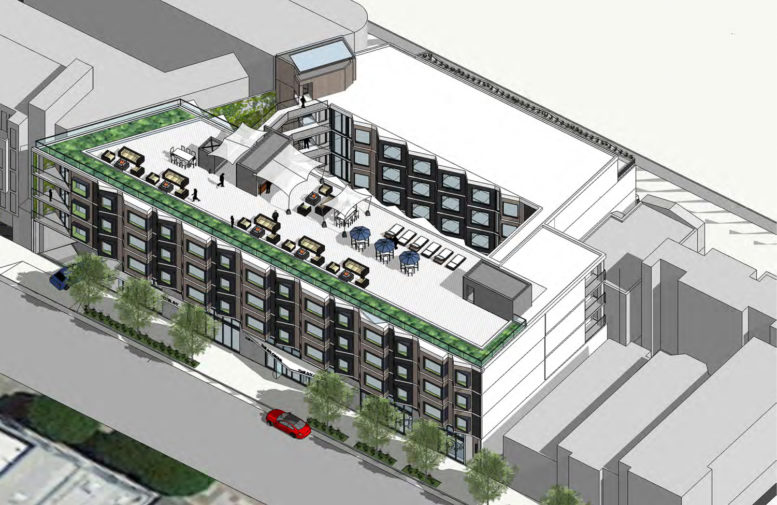 The Conditional Use Authorization permit has been filed by the developers for 465 Grove Street, with plans for a new mixed-use building in Hayes Valley, San Francisco. The proposal will demolish the existing Days Inn Hotel and a neighboring residential structure along Grove Street. Construction will include replacements for the housing, SRO rooms, and expand the hotel function on-site from 36 to 100 guest rooms. 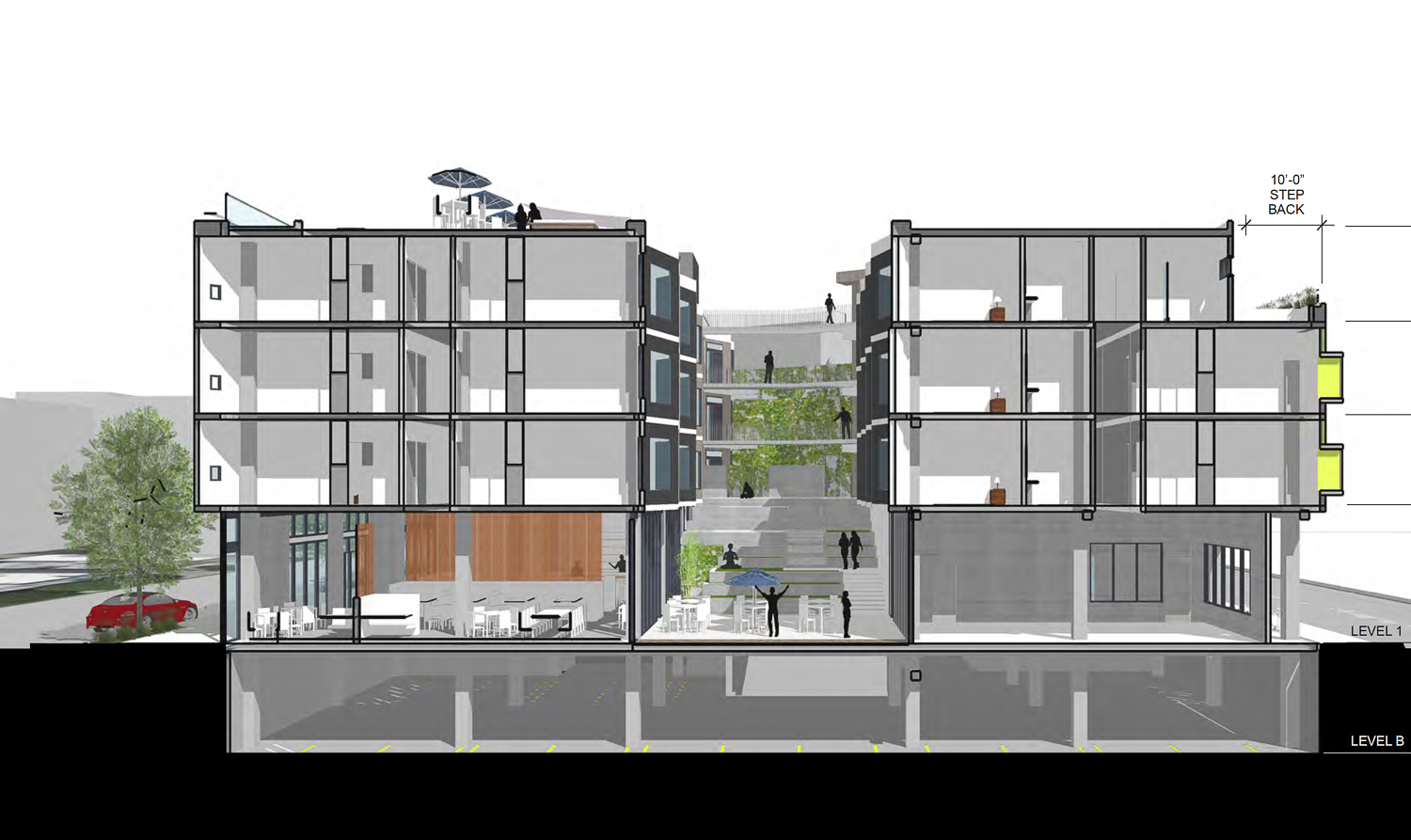 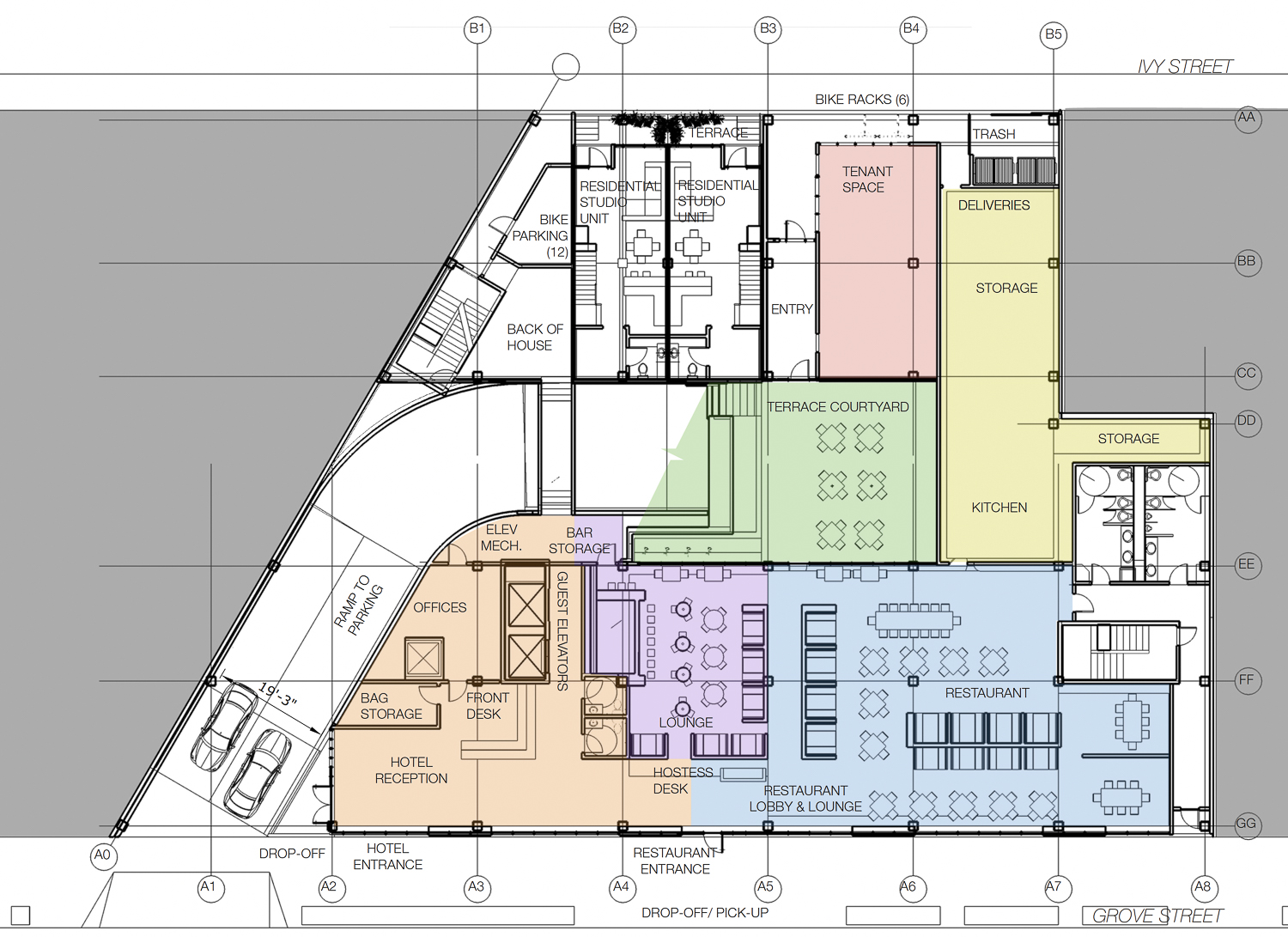 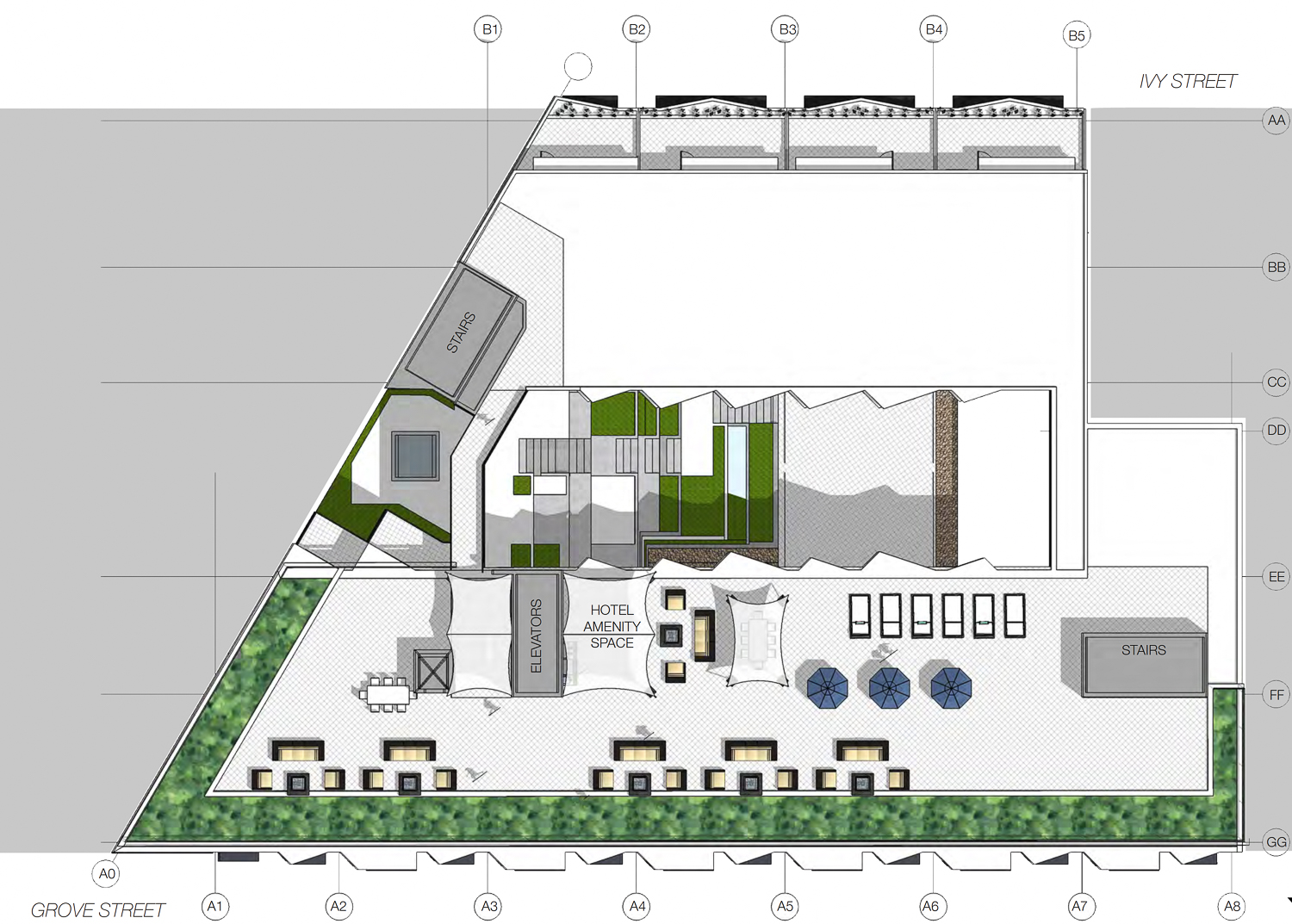 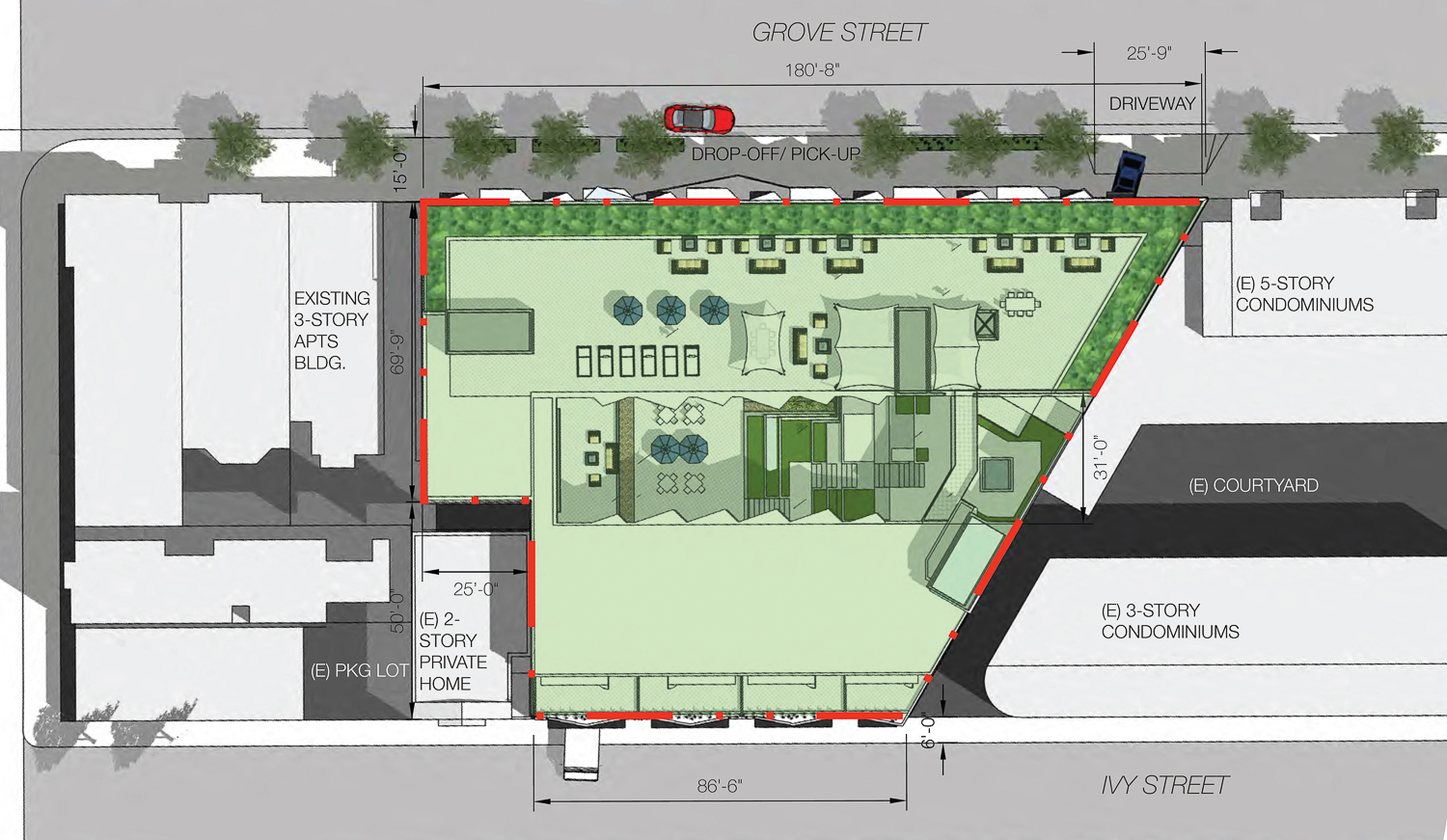 Initial plans, first filed in 2017, show that the project architect will be NC2 Studio Architects, a Russian Hill-based firm. The proposal is for a typical podium-style building, rising four floors with plaster and oversized windows. The facade will include sawtooth-style bay windows, in keeping with the city’s architectural vernacular. 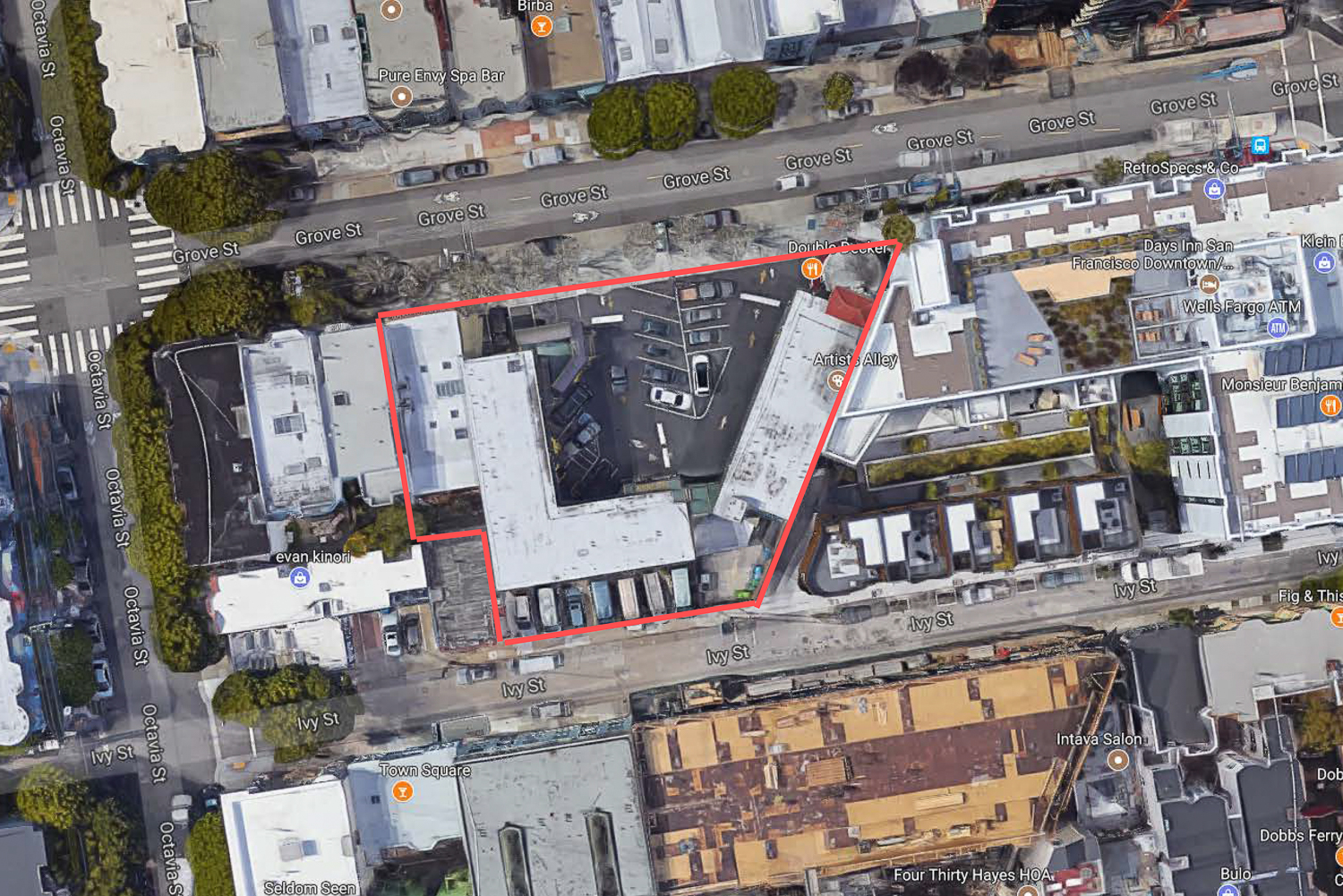 The hotel is situated in the heart of Hayes Valley, with many restaurants, cafes, and other shops in the immediate vicinity. MUNI buses service the neighborhood, while regional transit is available around ten minutes away on foot at the Civic Center BART Station.

The architects estimate that construction will cost around $9.5 million, with an estimated completion date not yet established. Chirag Investment Group is listed as responsible for the application.