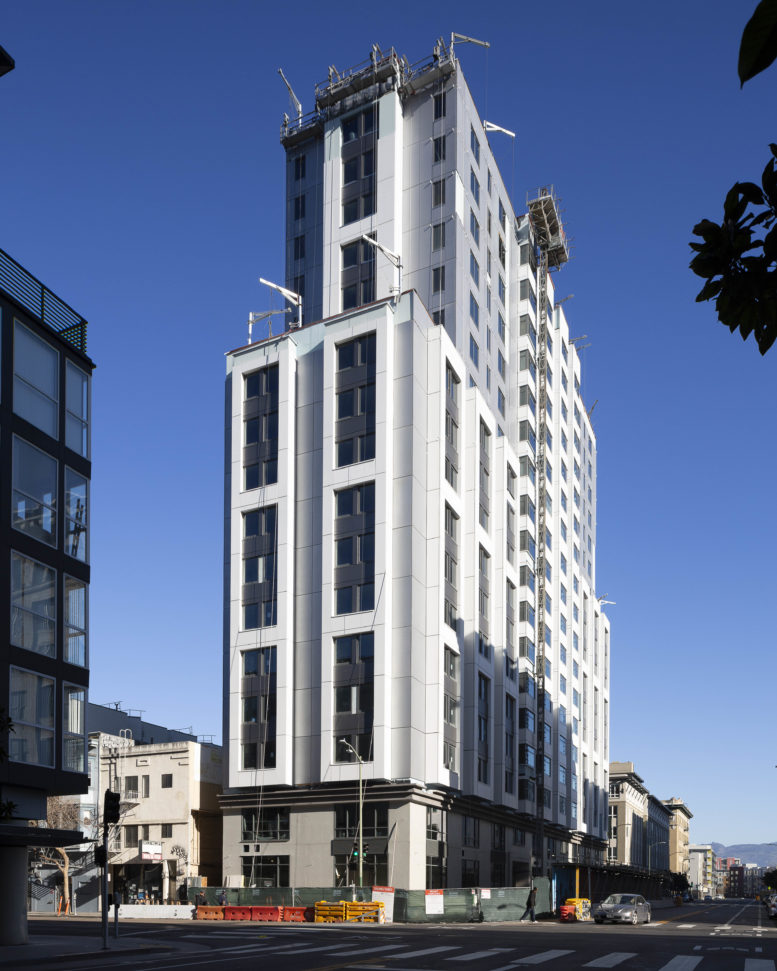 Construction crews have nearly finished the new Marriott hotel at 1431 Jefferson Street in Downtown Oakland. The 18-story project will bring 276 new guest rooms across from the Elihu M. Harris State Office Building within walking distance from a BART stop. Hawkins Way Capital is responsible for the development. 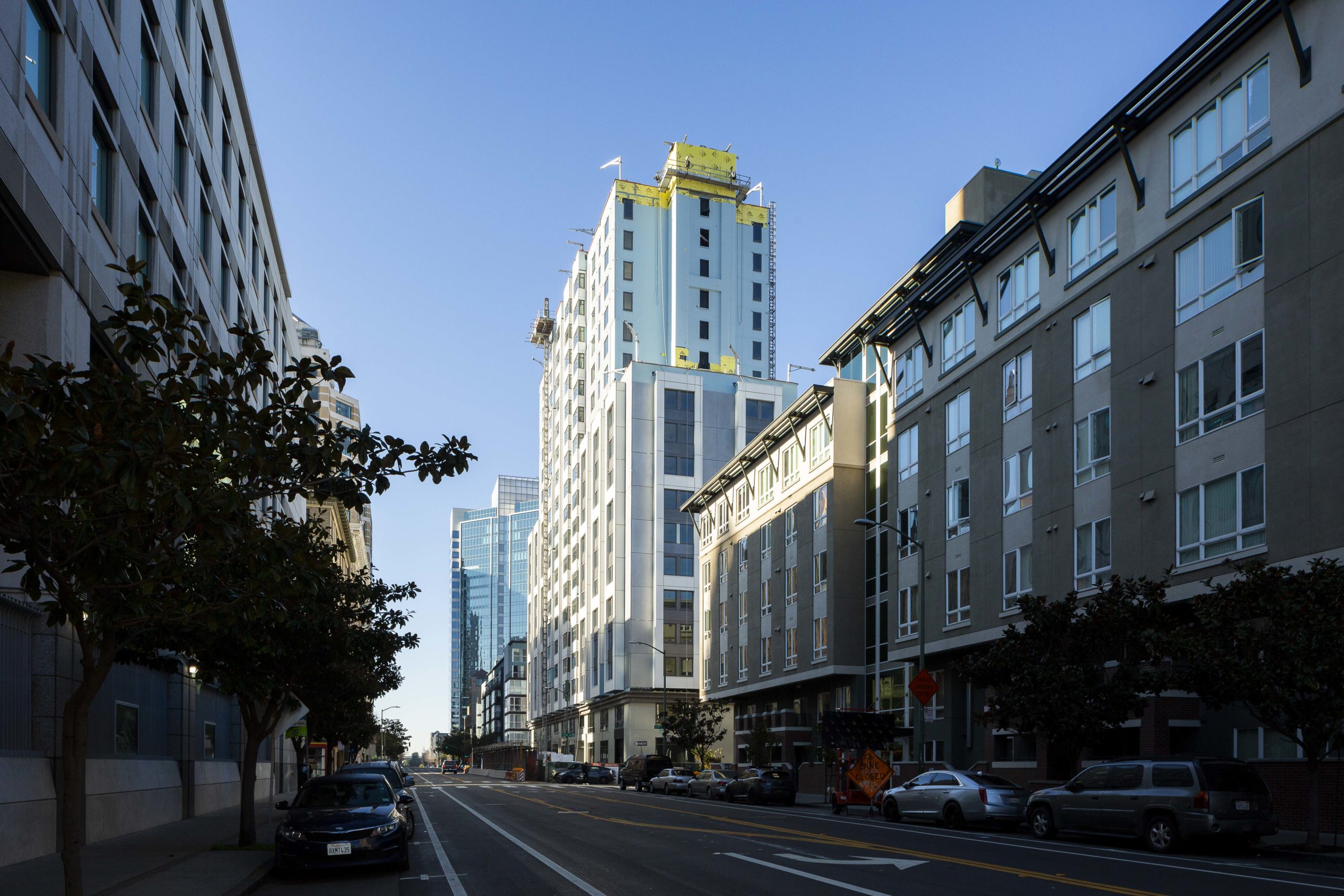 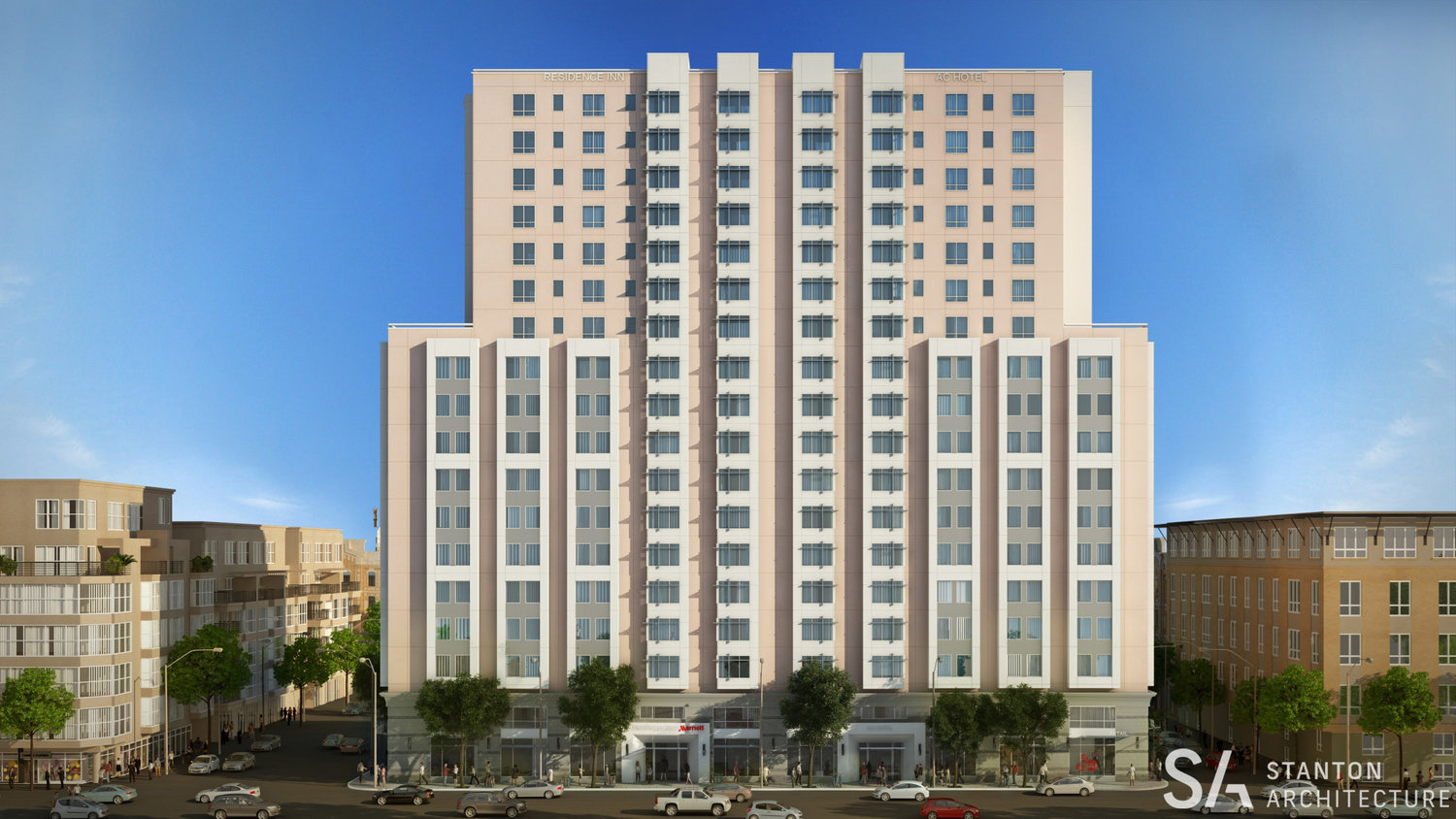 An outdated illustration of 1431 Jefferson Street, rendering from Stanton Architecture 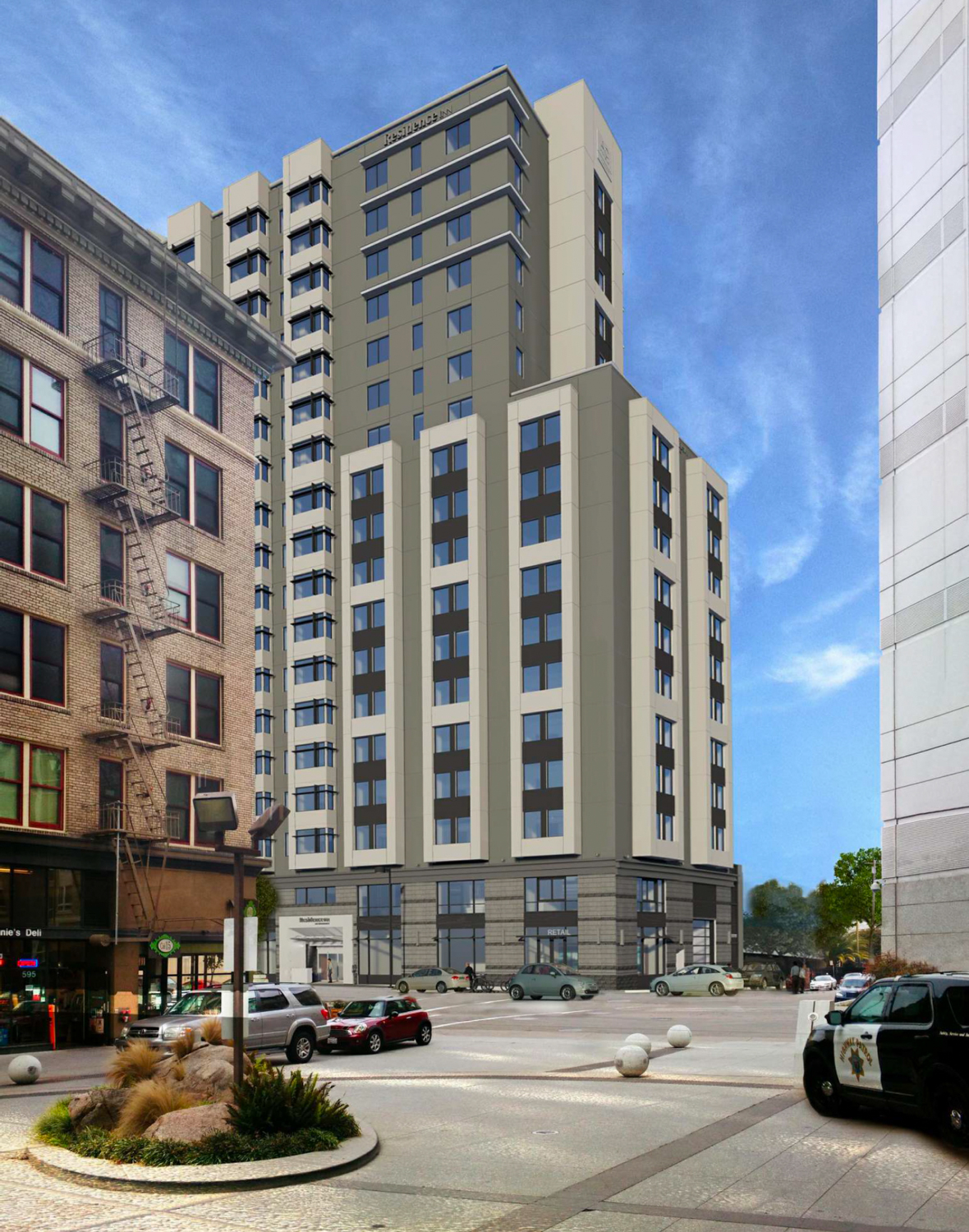 The 189-foot tall structure will yield 175,910 square feet of conditioned area, of which 1,600 square feet will produce ground-level retail. Management of the 276 hotel guest rooms will be divided, with 143 rooms managed by Marriott Residence Inn and 133 rooms managed by the Marriott-owned AC Hotel. The Residence Inn rooms will be marketed for long-stay tourists, while AC Hotel is marketed toward short-term visitors looking for higher-end amenities and finishes. 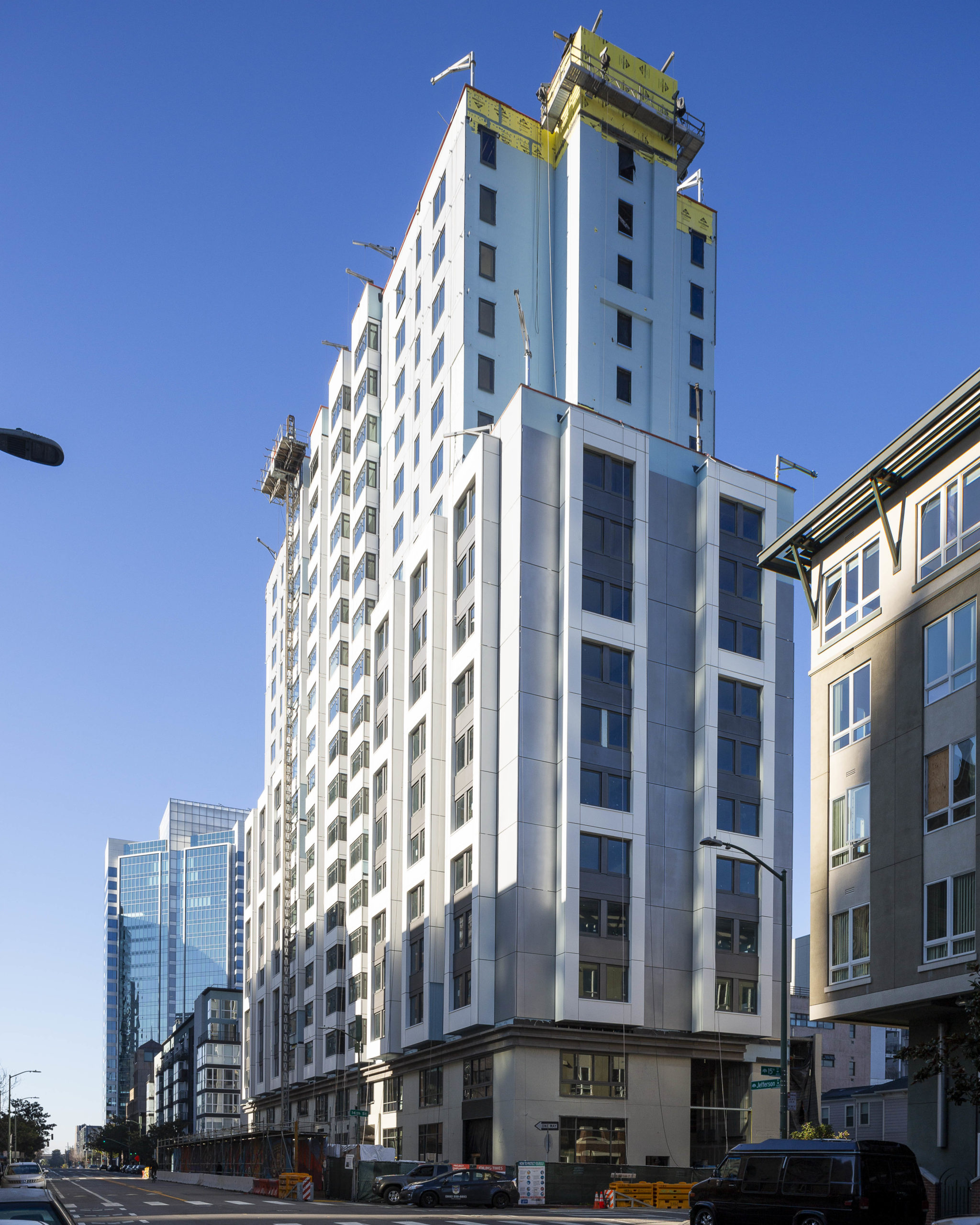 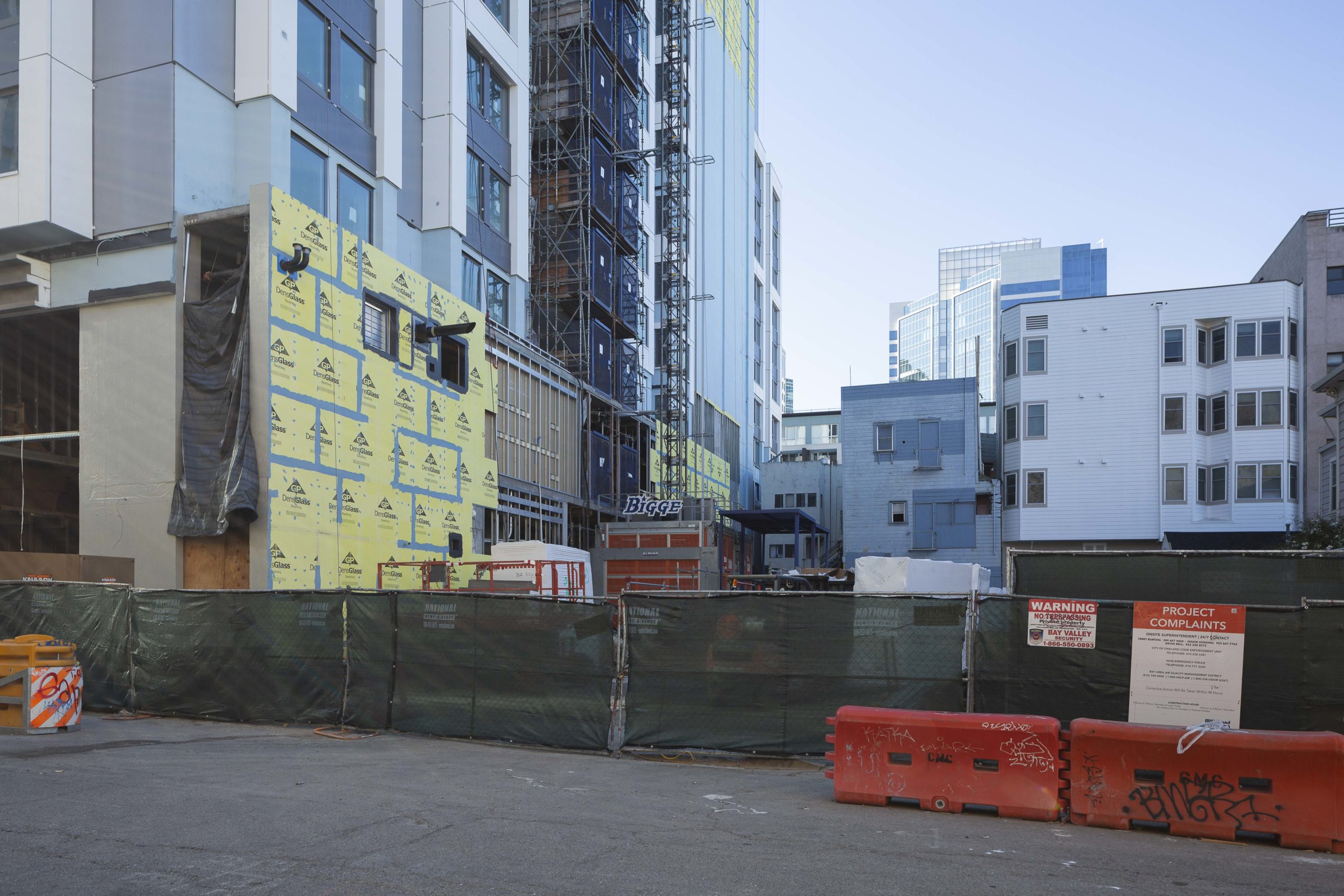 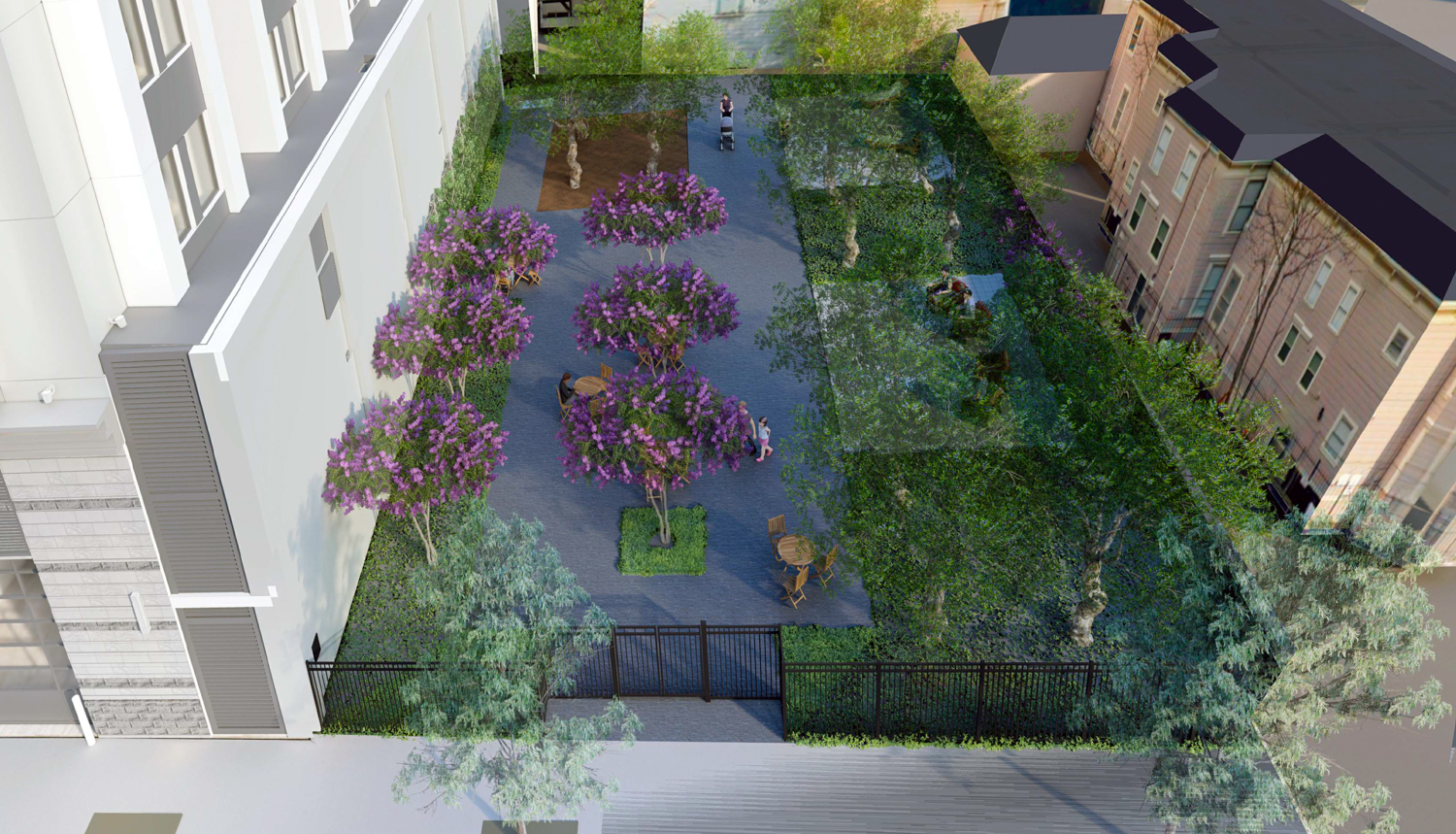 Aerial view of the proposed garden to replace the parking garage in the Marriott at 1431 Jefferson Street, design by Stanton Architecture

Initial plans called for a 98-car garage adjacent to the hotel tower. A revised plan calls to create a garden amenity for guests instead, promoting the city’s existing public transportation and cars for hire. 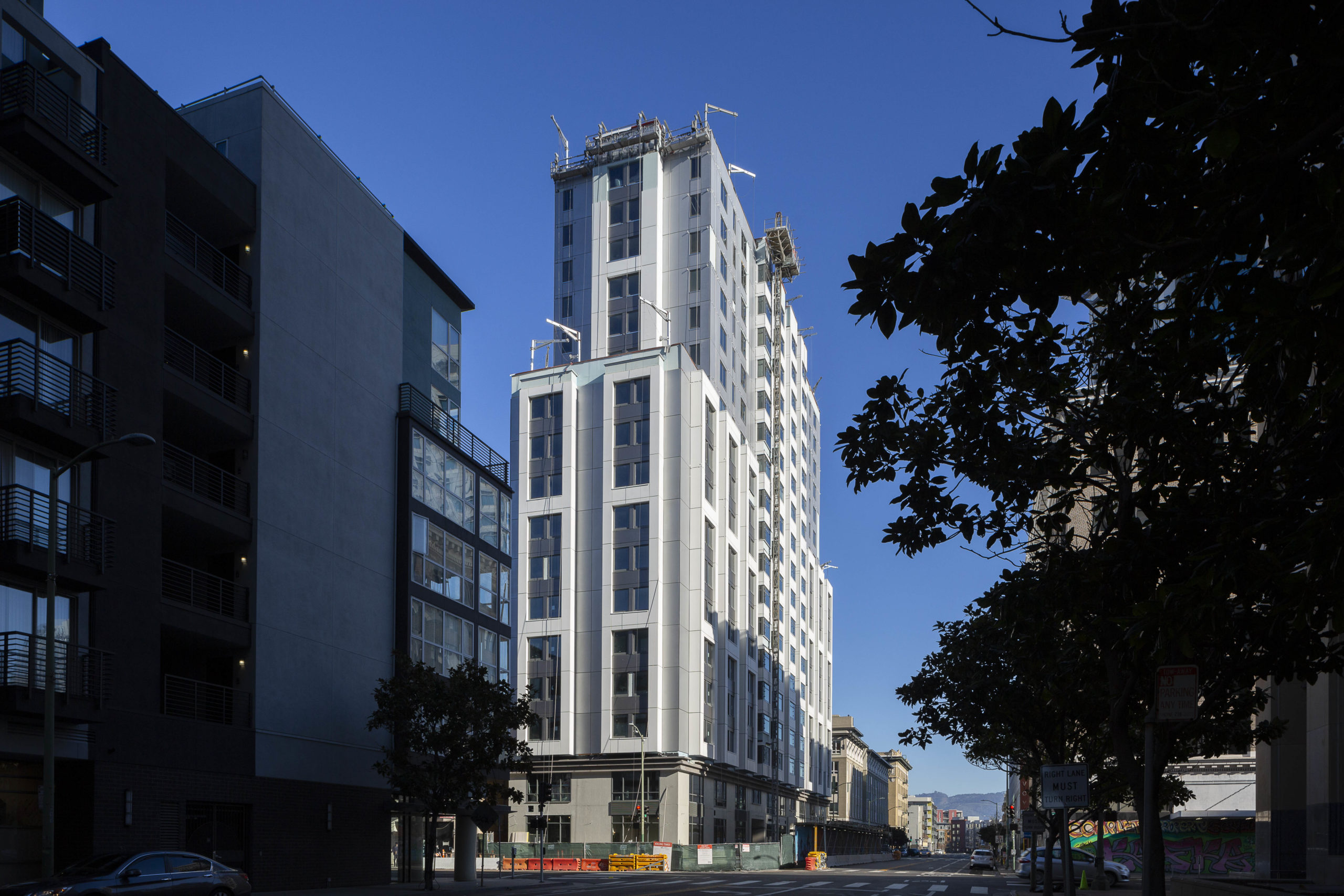 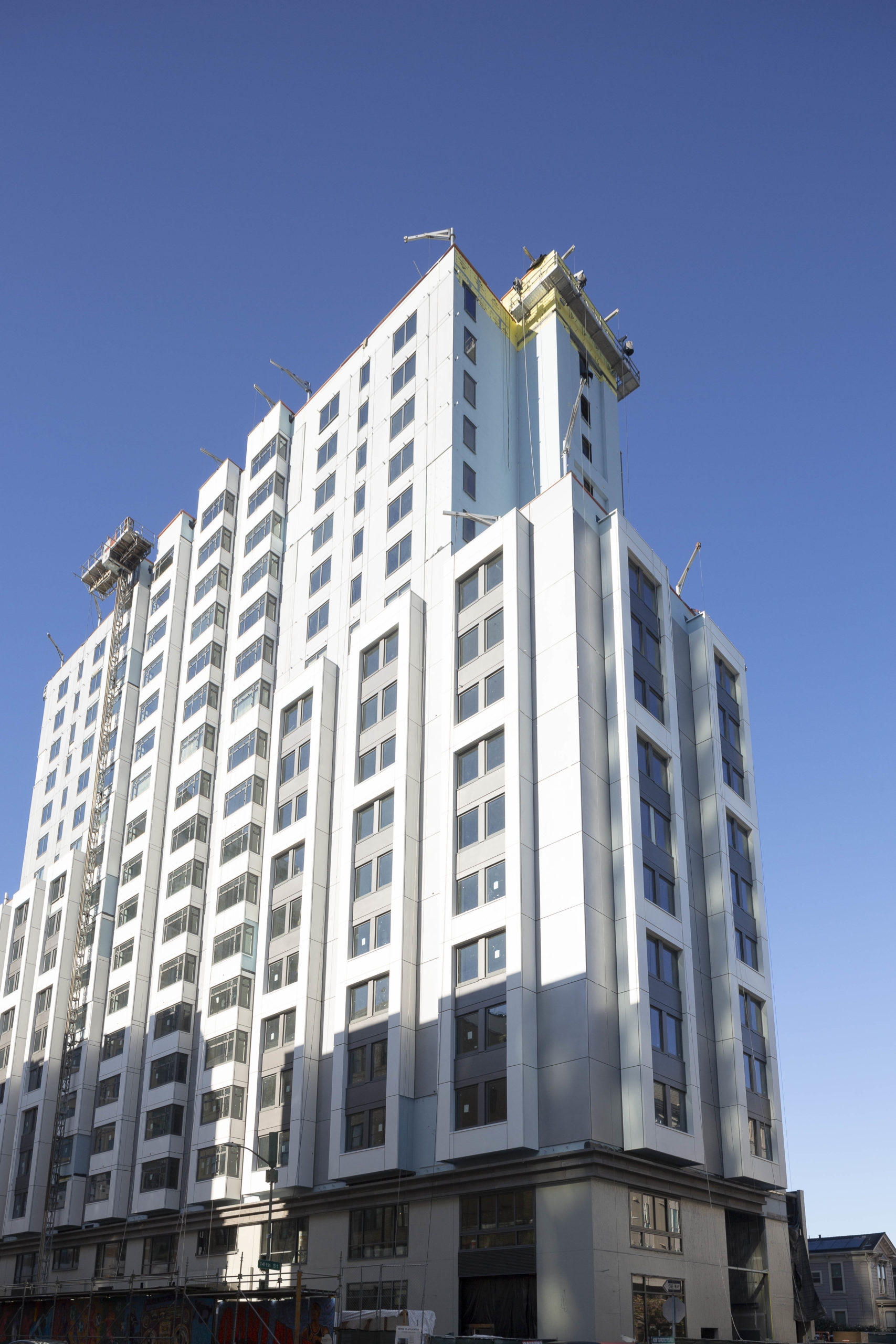 Hawkins Way Capital purchased the site in 2019 for $30 million. The property is located in a federally recognized ‘opportunity zone,’ a national program with 8,700 zones to offer investors and developers incentives. This provides tax advantages, including deferral or elimination of capital gains tax, enabled by the 2017 federal tax cut.

Millie and Severson is the contractor responsible for construction, with KPFF as the engineers. Construction is estimated to have cost $100 million.