New Building permits have been filed for a residential infill at 1925 F Street in Boulevard Park, by Downtown Sacramento. The project will replace low-rise commercial buildings and surface parking with 50 new homes. Sacramento-based Cassadyne Properties and El Dorado-based Gavden Investments are responsible for the development. 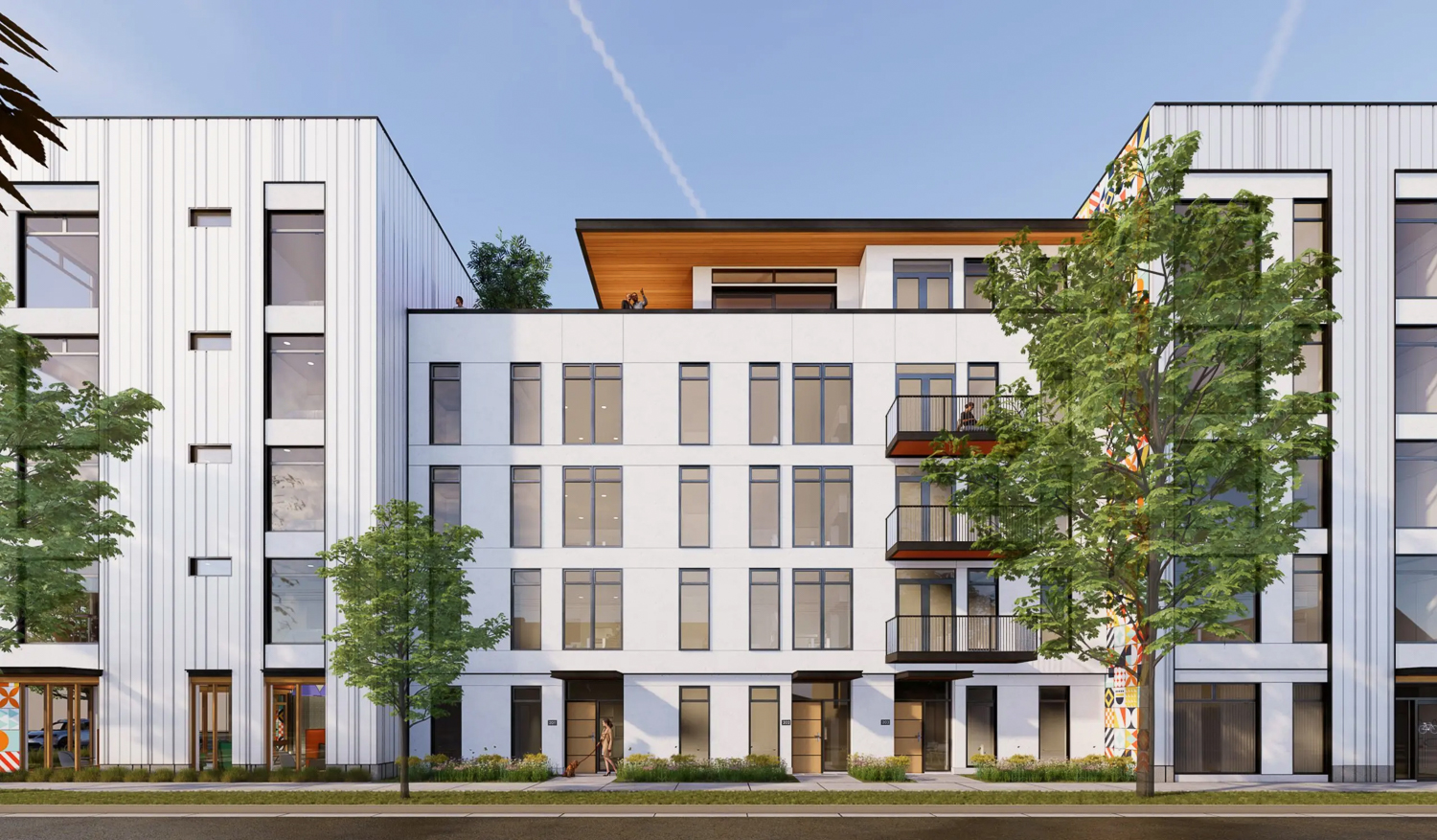 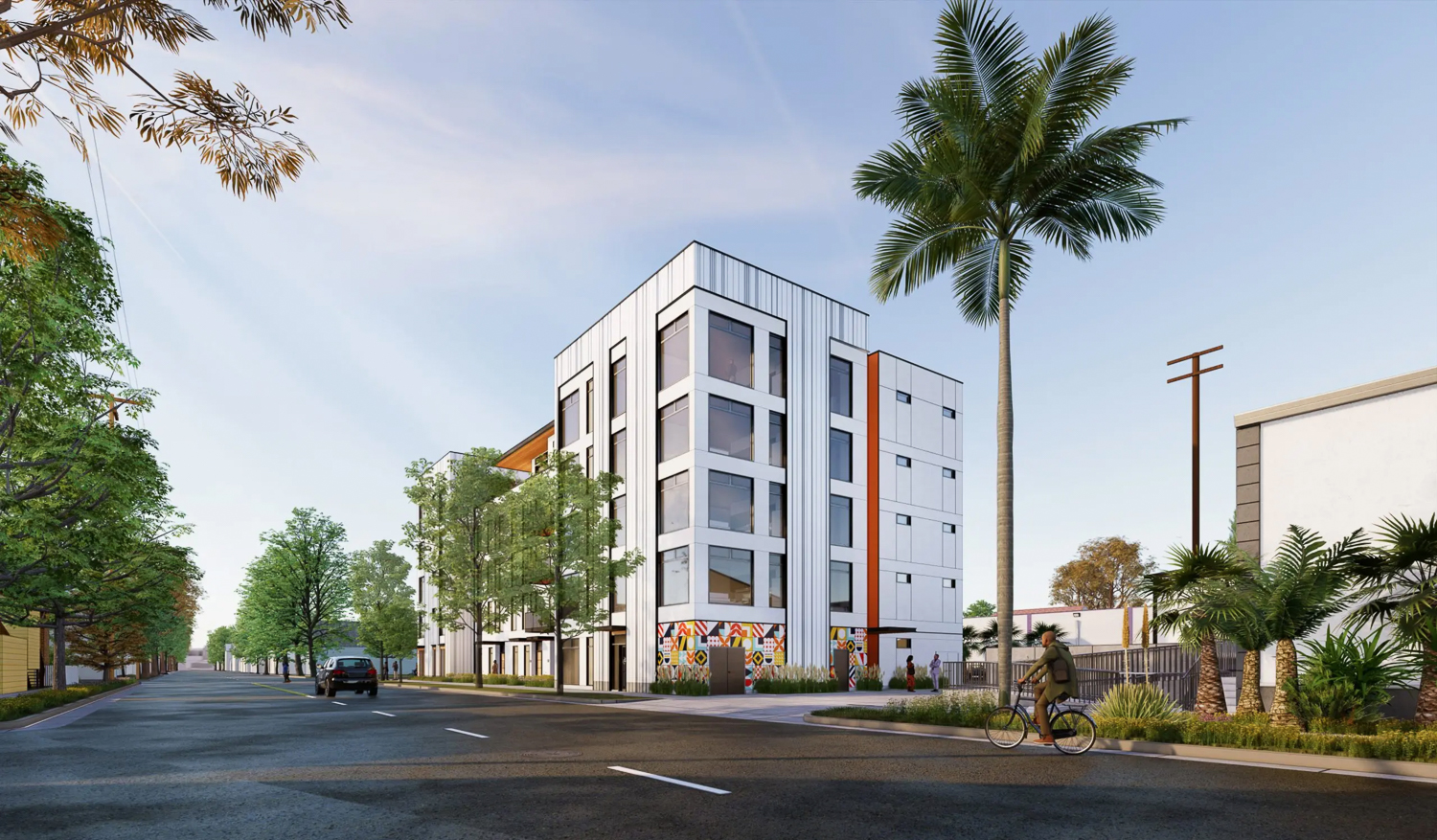 The 61-foot tall structure will yield 45,480 square feet with 34,400 square feet of rentable residential area. At ground level, the apartment building will include a fitness center, lobby, and three live/work units facing 20th Street. The full building includes 50 units, of which 38 are studios and one-bedrooms, and 12 units are two-bedrooms.

Some ground-level units will feature patios, with balconies on the upper floor units. On the rooftop, residents will have a common outdoor terrace with views of downtown Sacramento. 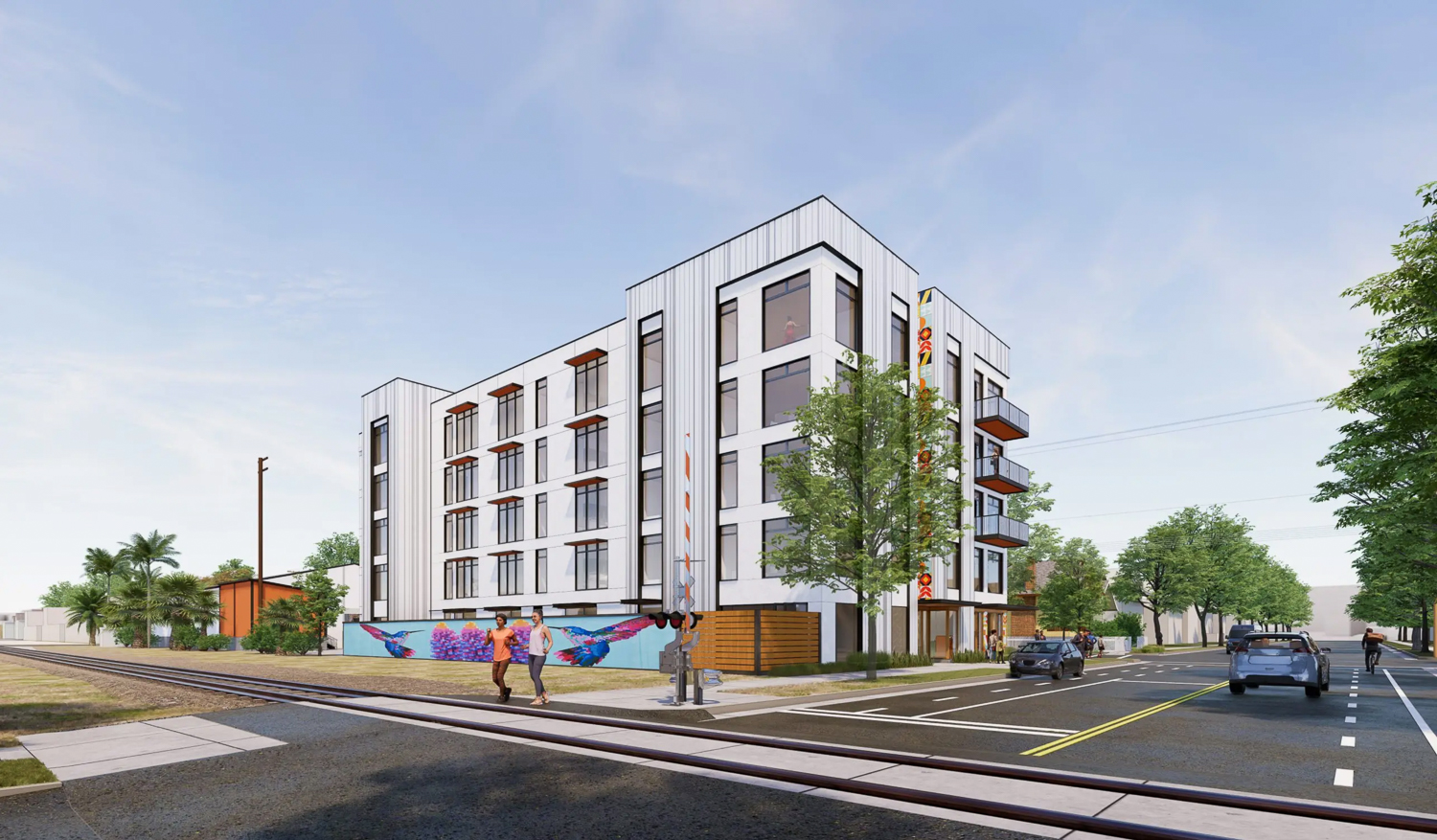 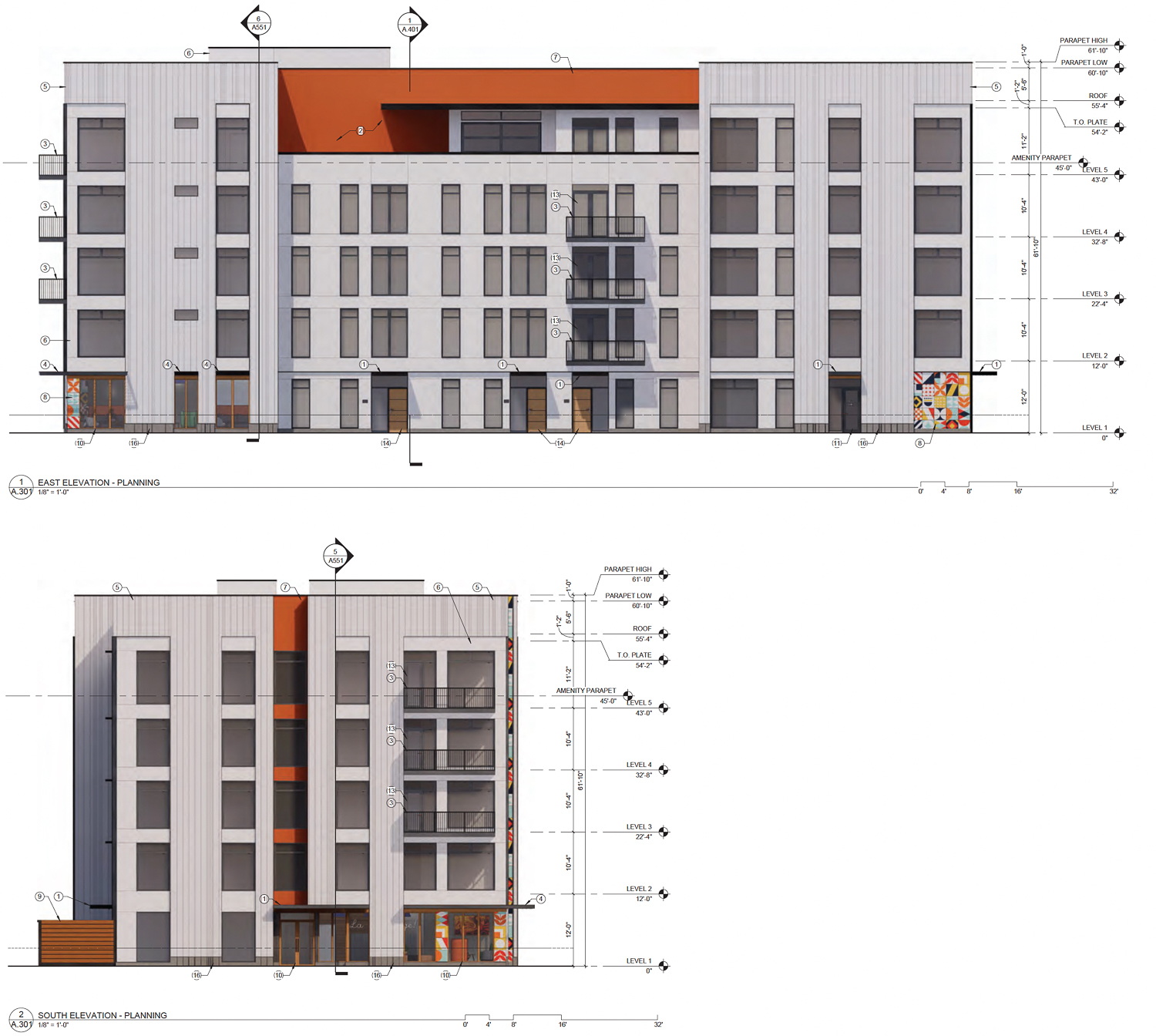 C2K Architecture is responsible for the design, Cunningham Engineering Corporation will be the civil engineer, and Garth Ruffner Landscape Architects will design the landscaping. Facade materials will include stuccos, metal panels, and accent tiles. Murals will be painted along the western elevation of the apartment building and on the warehouse.

As Cassadyne describes, “the building’s exterior uses a timeless, simple and sophisticated color scheme with nuances provided by vertical paneling. Large windows create an open feel, balconies invite the outside in and mosaic tile detail pays tribute to the diversity of the City.” 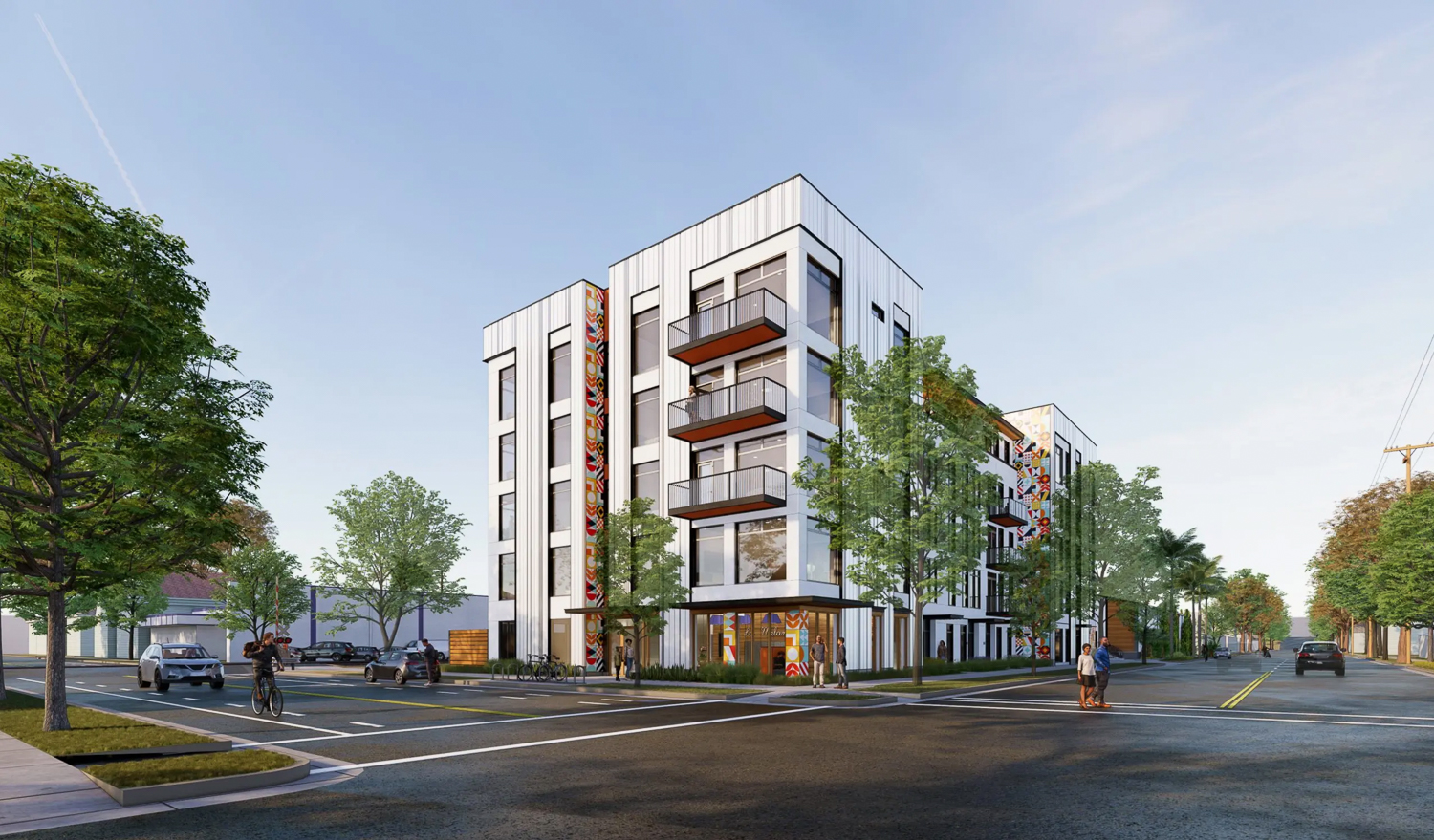 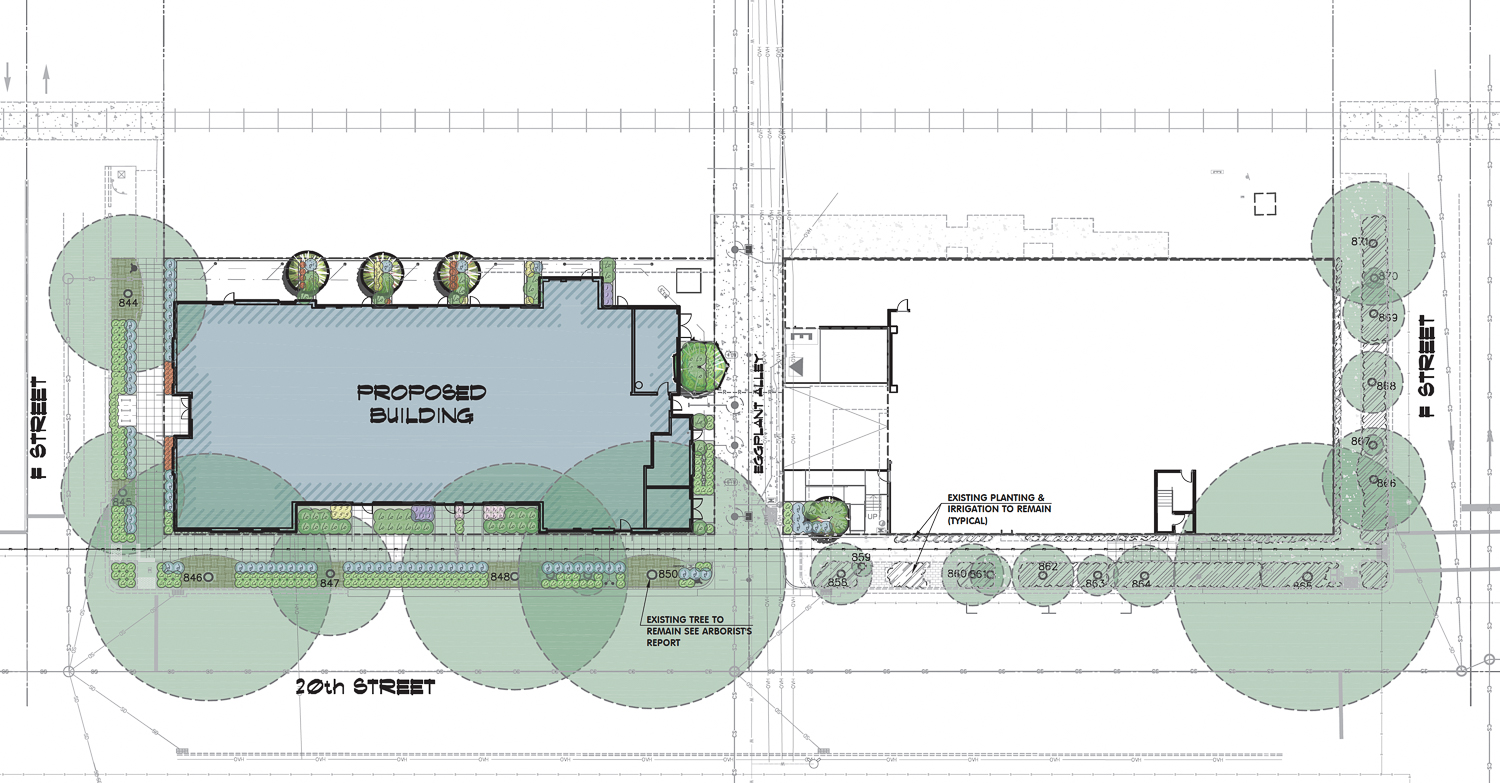 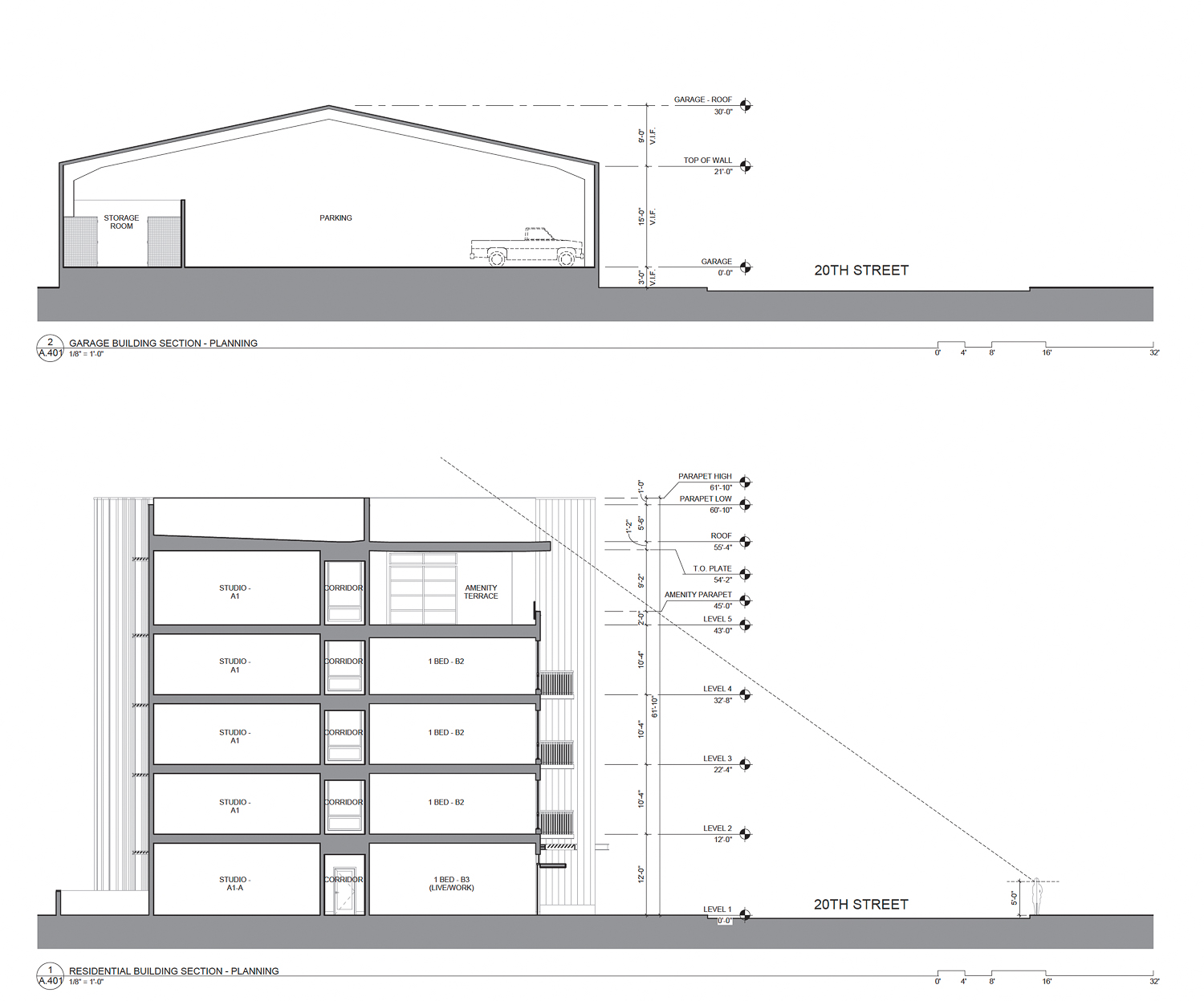 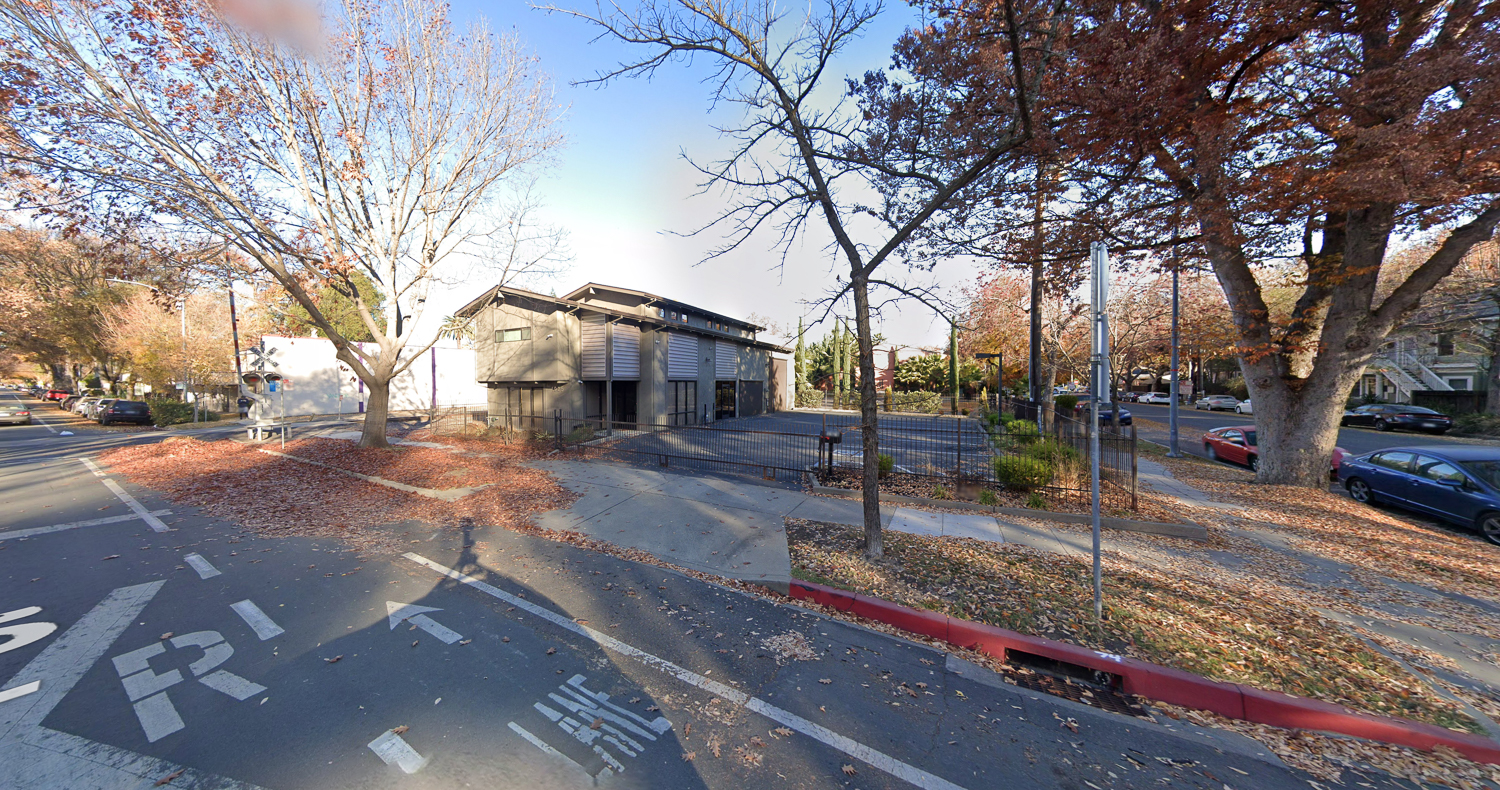 The project spans nearly 0.6 acres located along 20th Street between E and F Street. Most construction will occur along Eggplant Alley. Demolition will be required of a 2,550 square foot office building and surface parking.