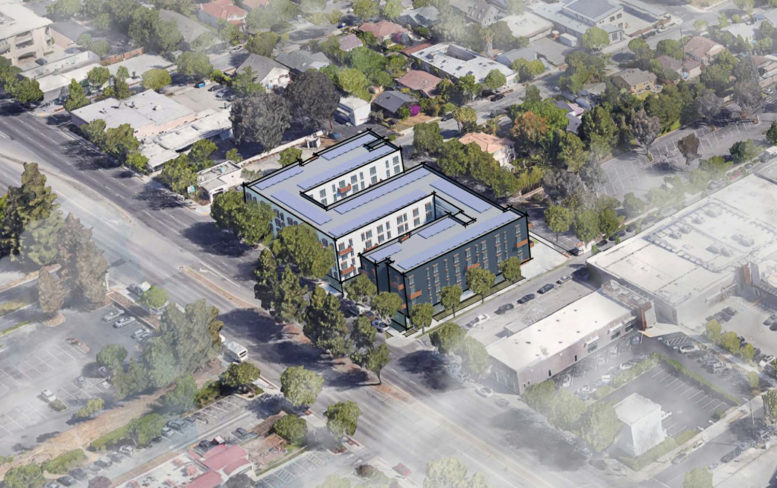 New permits have been filed for a five-story affordable housing project at 3001 El Camino Real in Ventura, Palo Alto. The development will replace a single-story commercial structure and surface parking along the Peninsula’s commercial artery, close to the California Avenue Caltrain station, with 129 new homes. Charities Housing is the project owner, operating through El Camino PA LP. 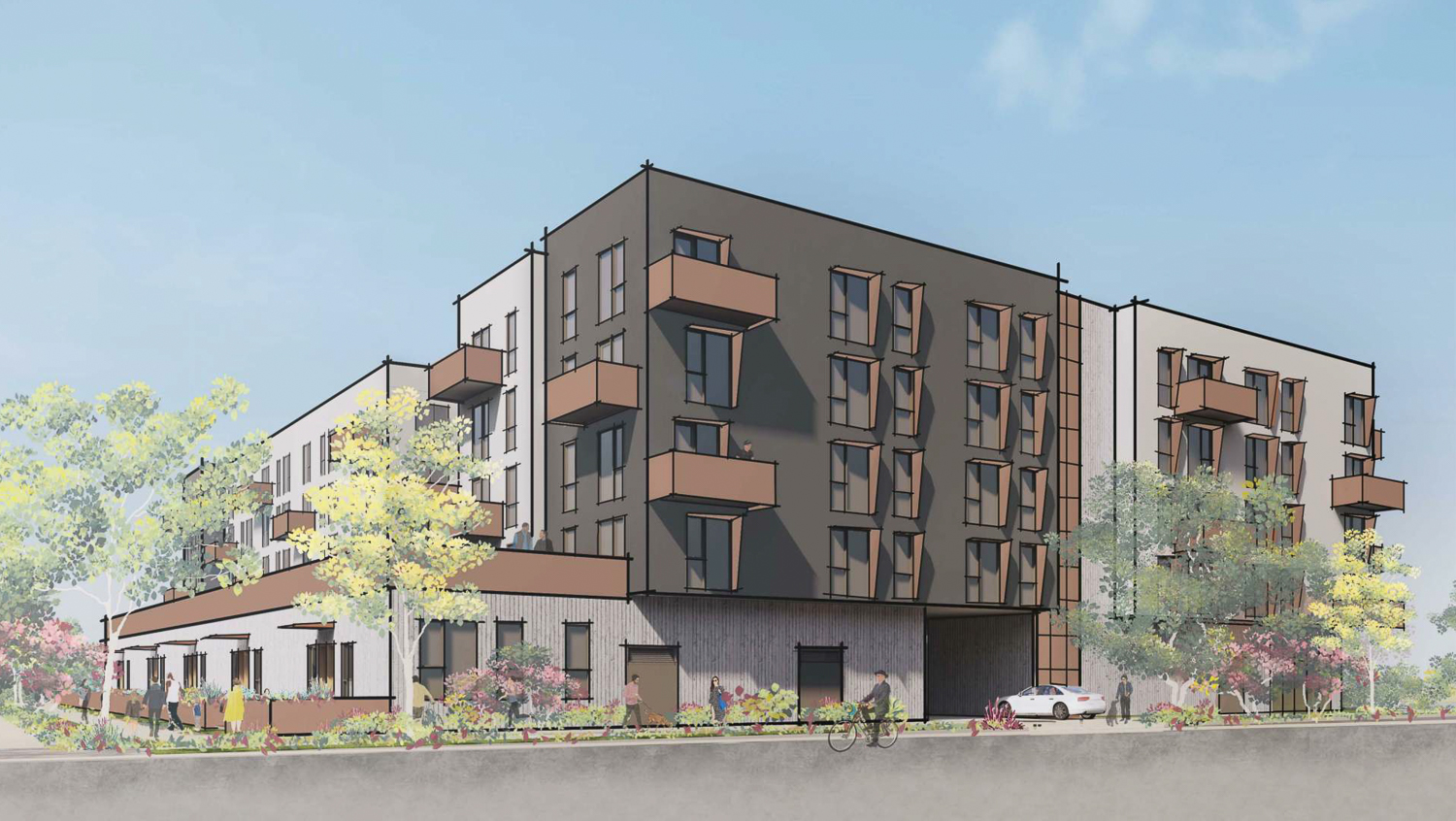 The project will benefit from the State Density Bonus program, allowing Charities Housing to surpass zoning rules to build more units of housing than initially allowed. Affordable levels will average rent prices amenable to households earning around 40% of the Area Median Income (AMI), with specific units ranging from 30%-50% AMI.

Residential amenities will include community space, offices for resident support, and a social kitchen in a large community room connected to a pantry and food provided in partnership with Second Harvest Food Bank, on-site laundry, and parking. The property abuts Lot 72, where an unrelated application has proposed to build 12-13 market-rate townhomes. 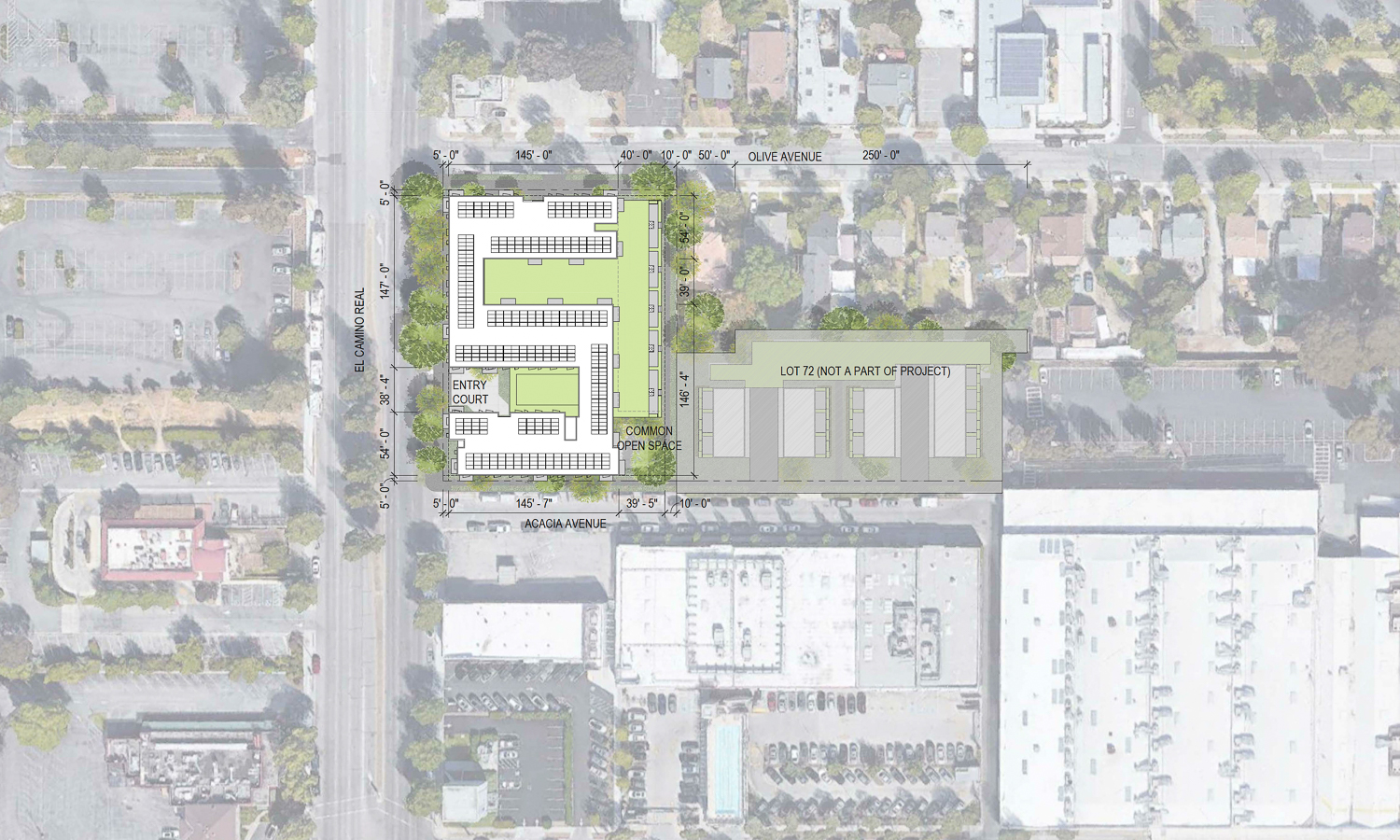 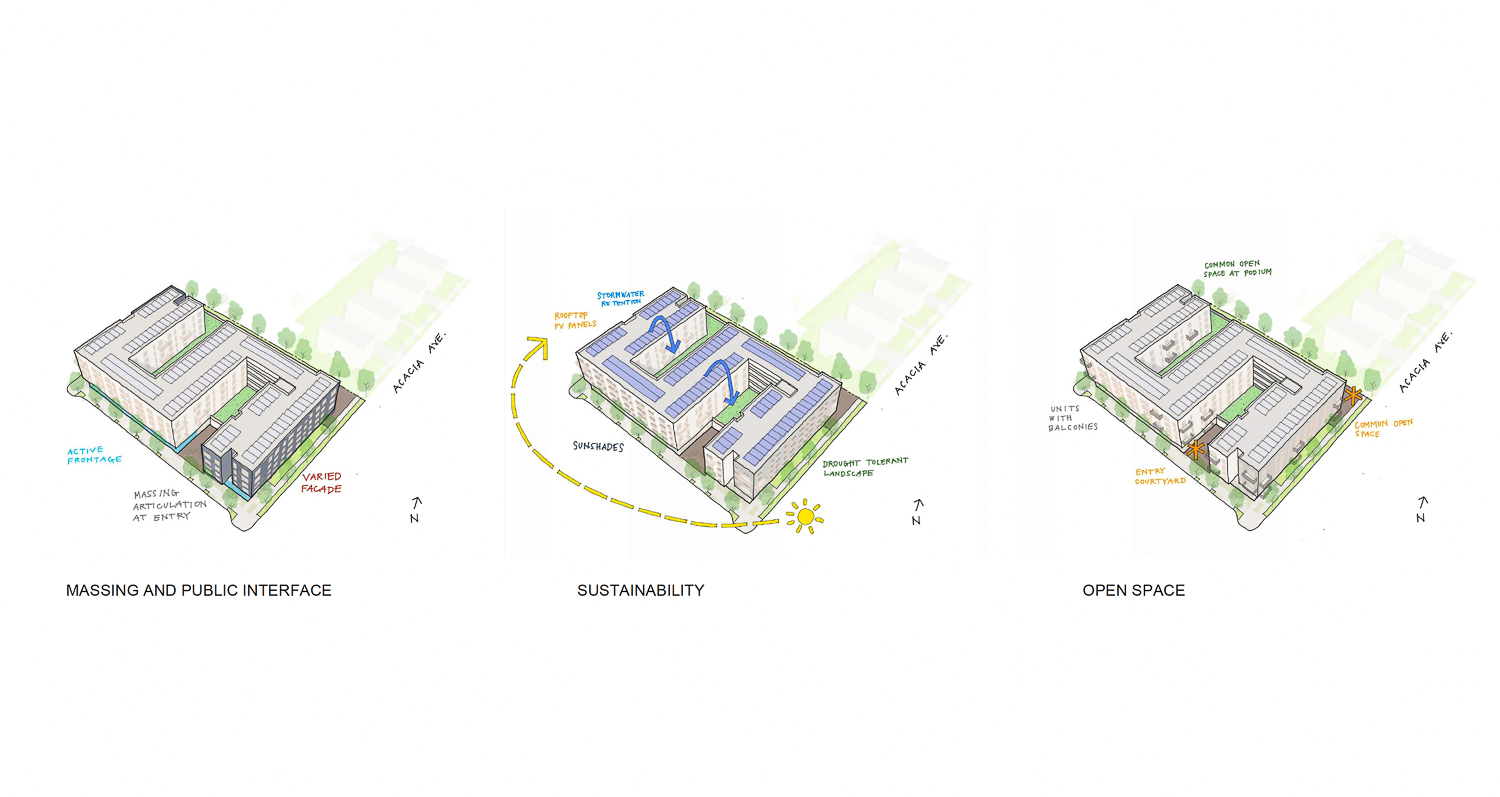 Parking will be included in a ground-level garage with a capacity for 106 cars using lifts, and additional room will provide parking for 142 bicycles. Some 17,500 square feet of common open space will be available for residents at the ground level and on top of the podium, with two courtyards fit between the S-shaped floor plates. 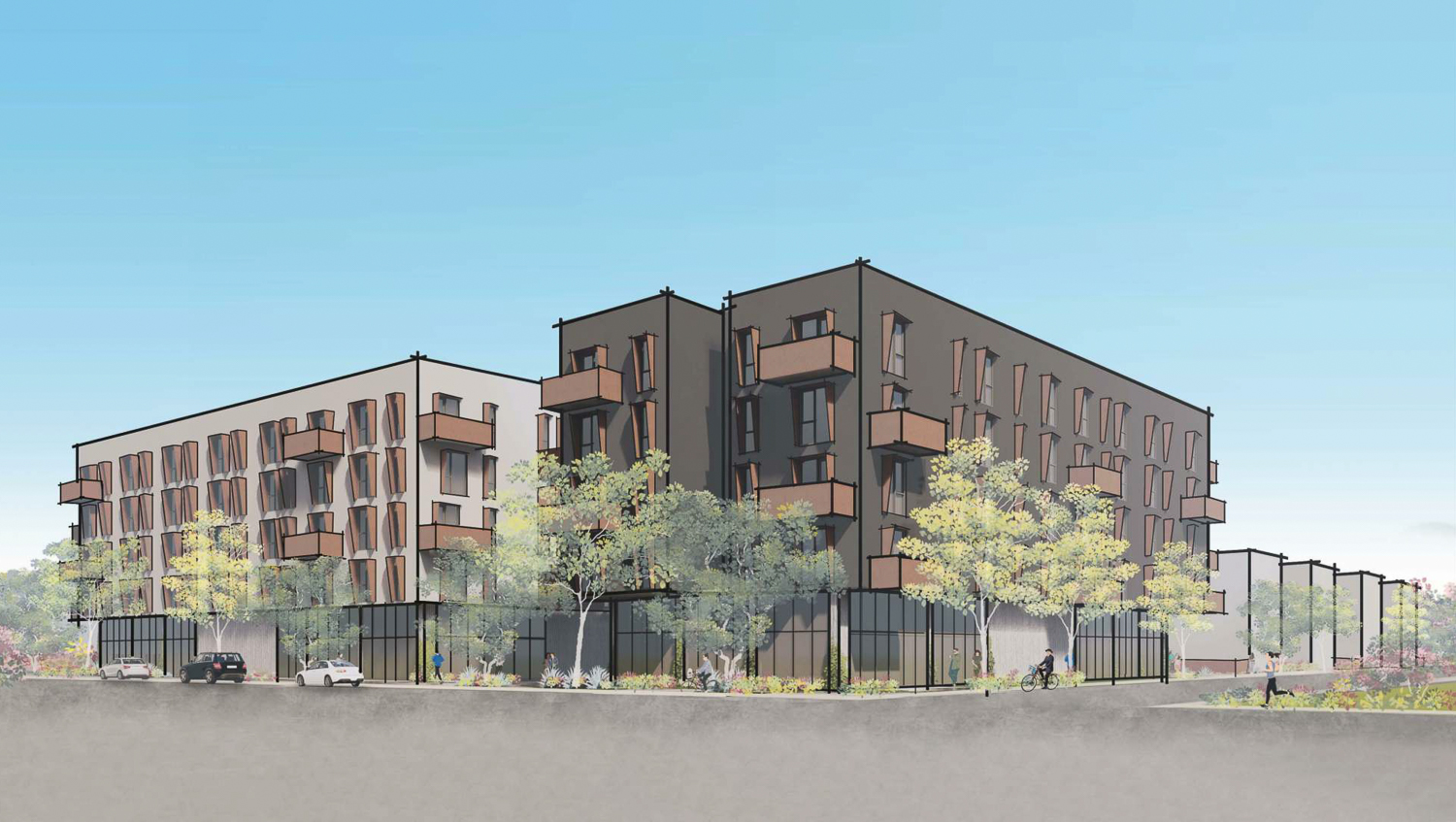 David Baker Architects is responsible for the design, with Kier + Wright as the civil engineer. The design firm is well established in the Bay Area, with the relatively-inexpensive project for 833 Bryant Street in San Francisco setting a new benchmark for affordable housing.

The exact design for 3001 El Camino Real is not yet established. This conceptual iteration uses a mix of facade materials, including wood accents, texturizing using either random batten siding or fiber cement panels, concrete, railing, wire mesh trellises for vines, and metal sunshades. Storefront glazing will provide a transparent street-level view into the offices and community space. 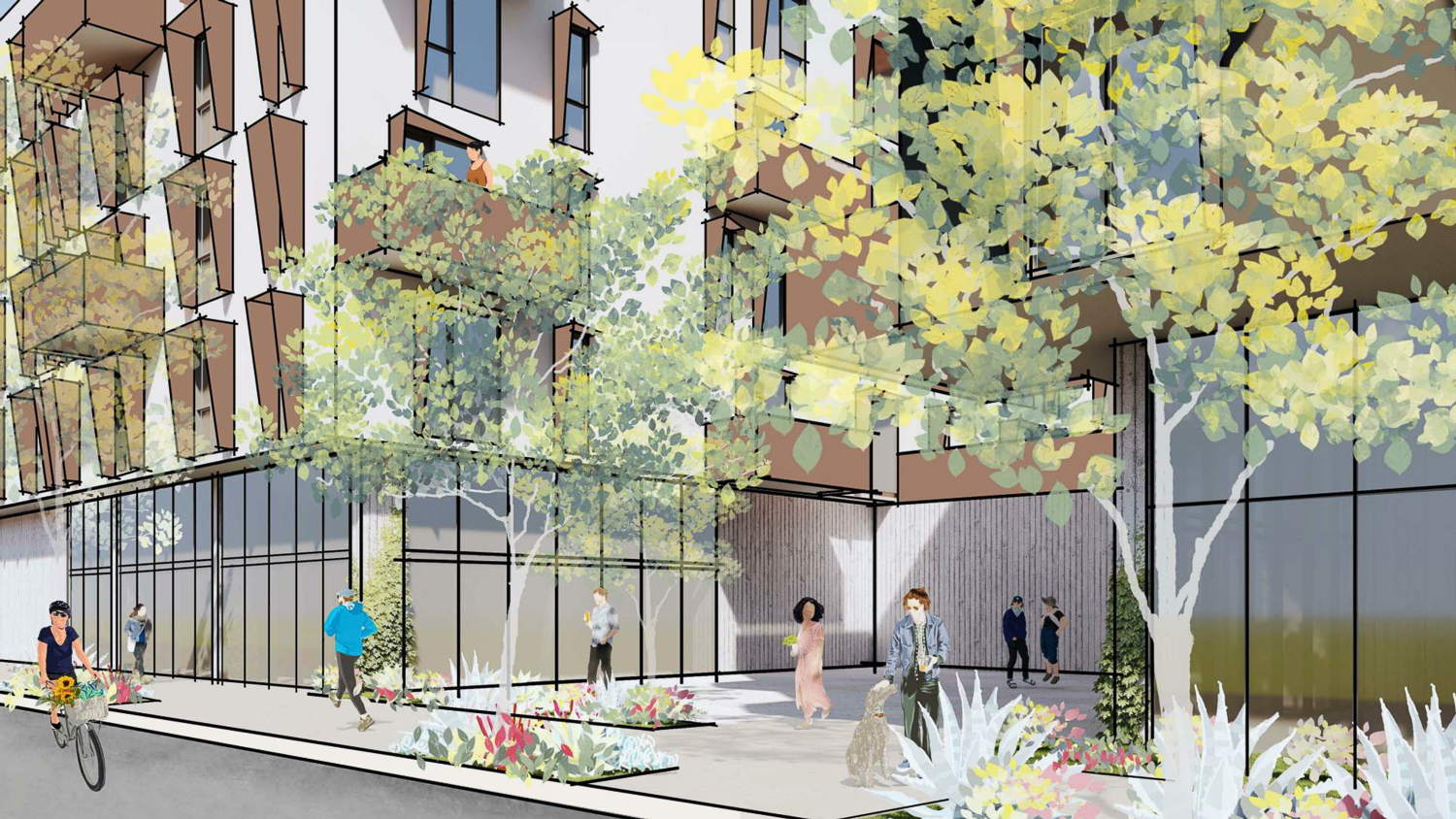 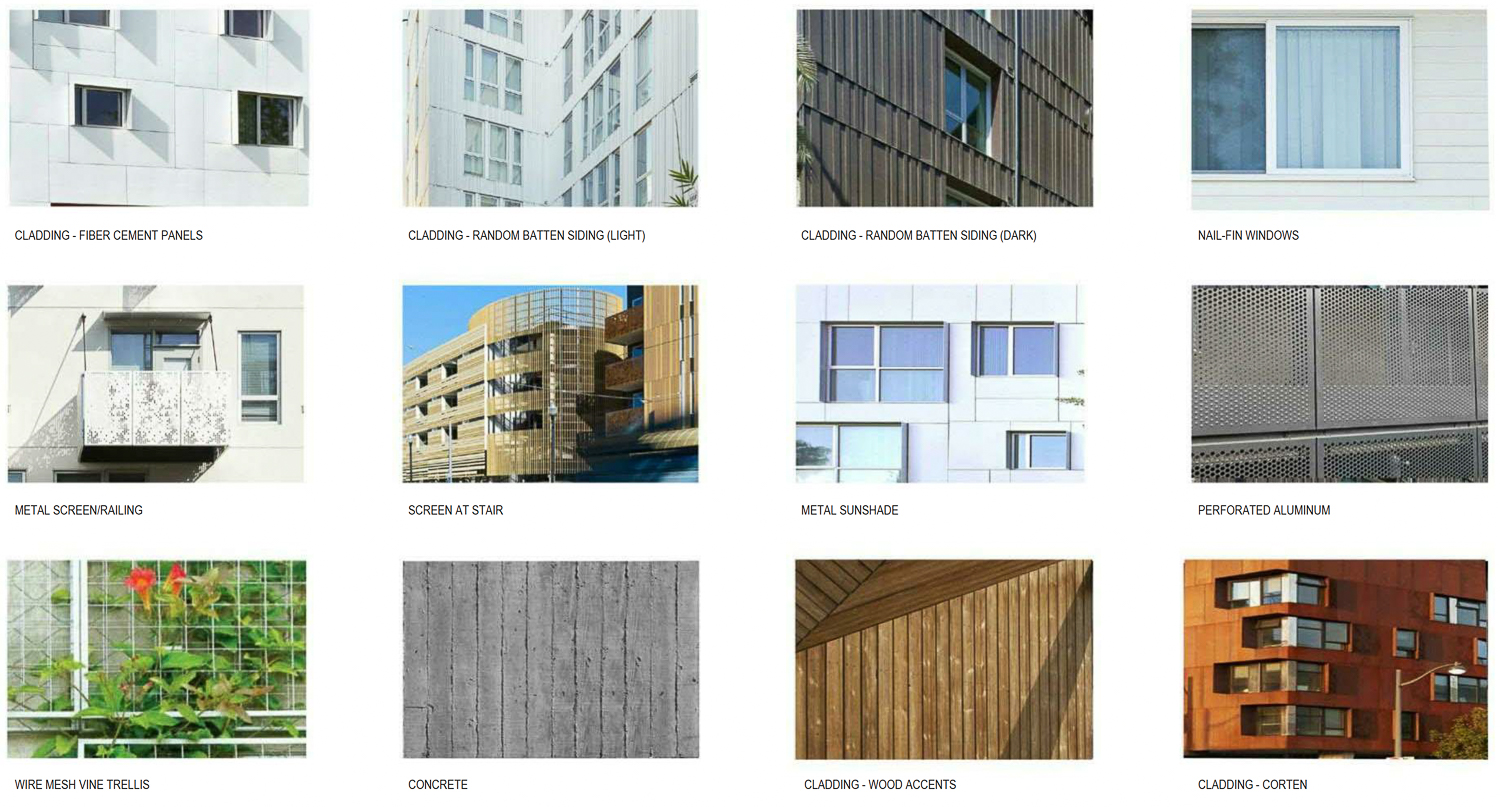 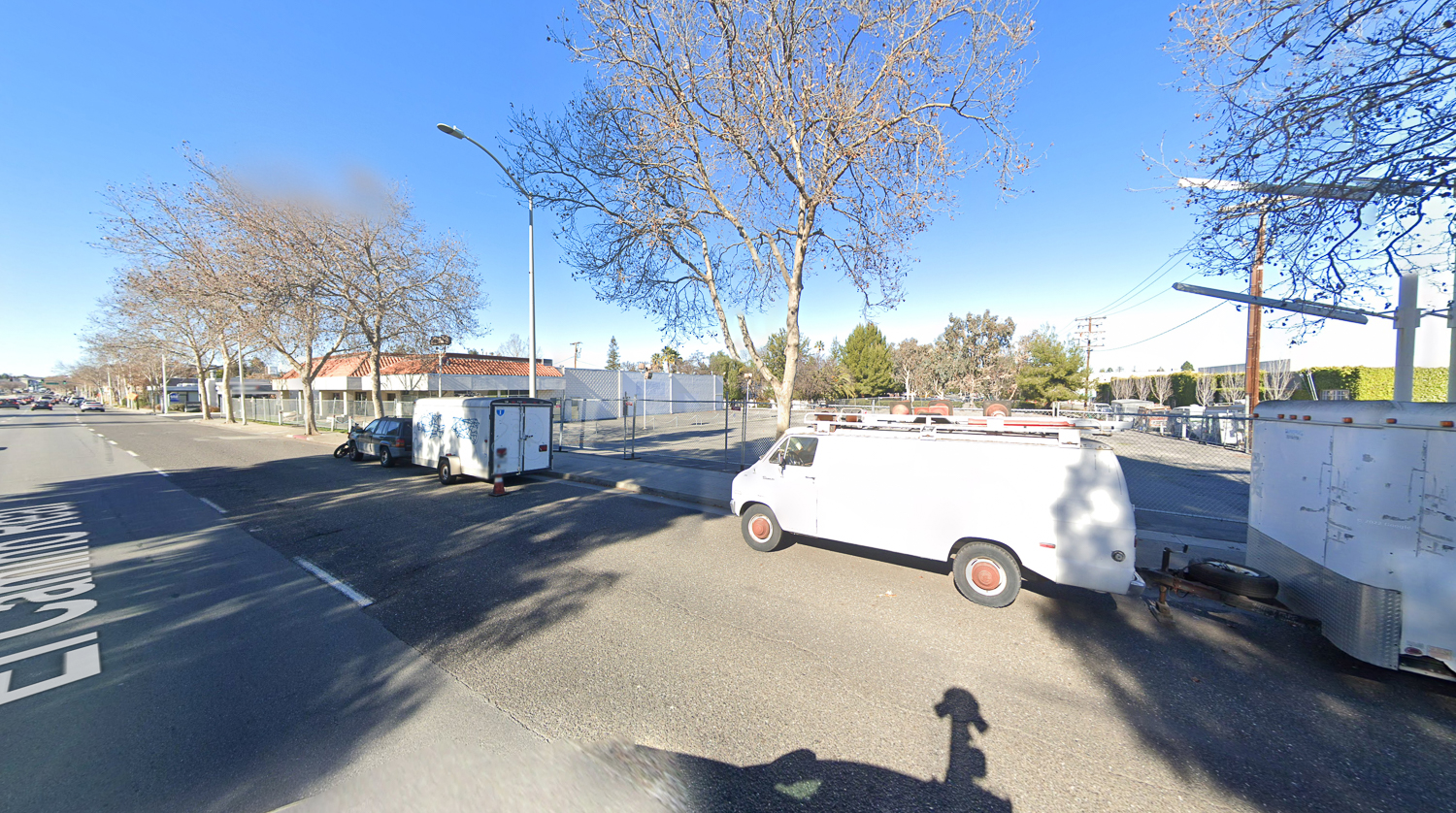 The property is bound by El Camino Real, Olive Avenue, Acacia Avenue, and Park Boulevard to the north. Future residents will be walking distance from the Evergreen Park neighborhood, where retail and offices emanate from the California Avenue Caltrain station. 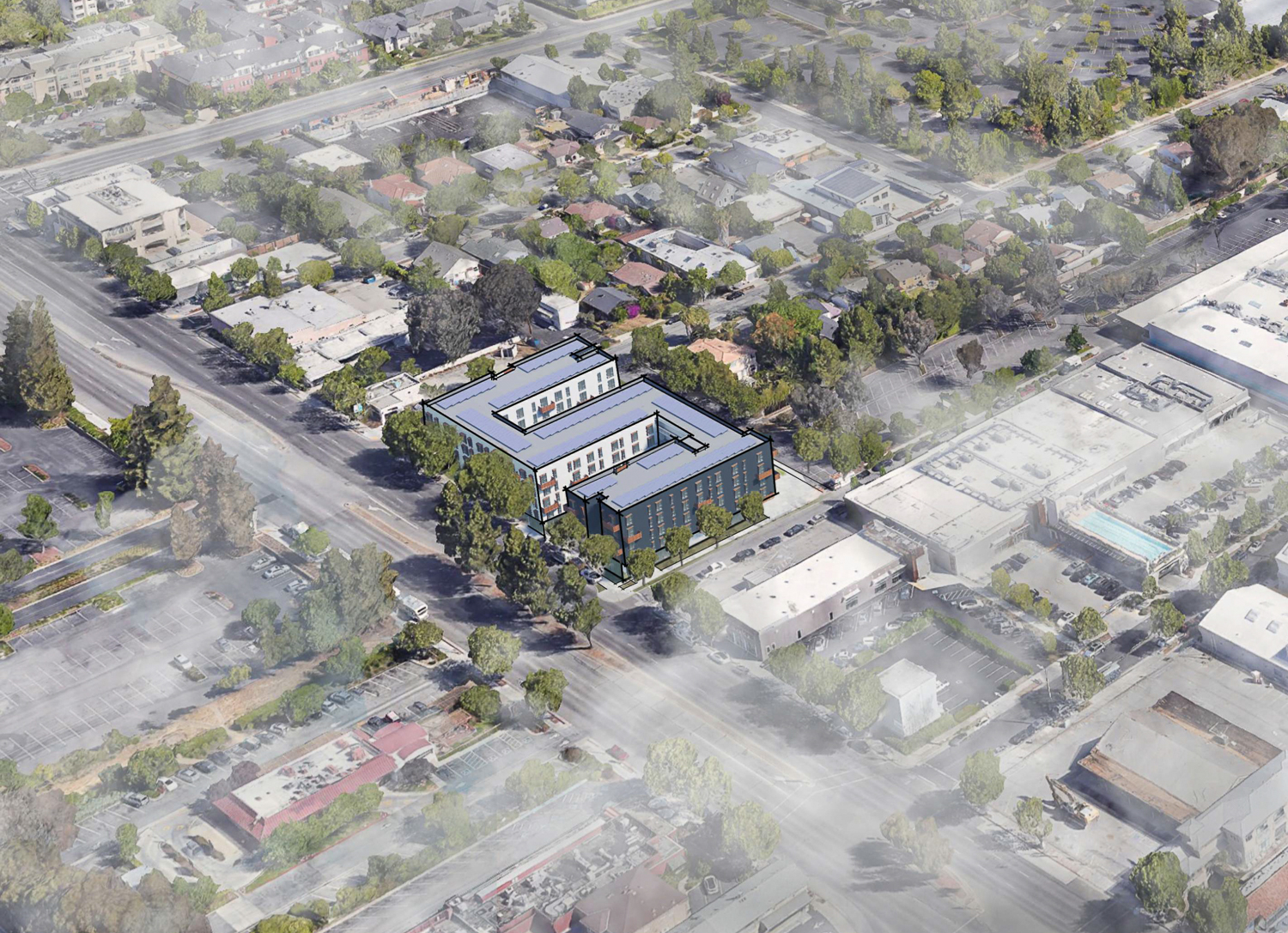 An estimated timeline and cost for construction have not yet been established.

Be the first to comment on "Permits Filed for Affordable Housing at 3001 El Camino Real, Ventura, Palo Alto"